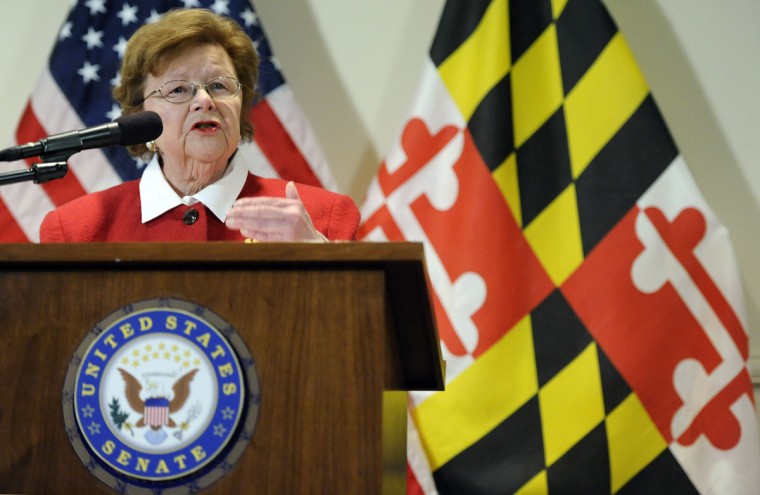 Sen. Barbara Mikulski, D-Md., the longest-serving woman in the history of Congress, speaks during a news conference announcing her retirement after her current term, in the Fells Point section of Baltimore, Monday, March 2, 2015. (AP Photo/Steve Ruark) 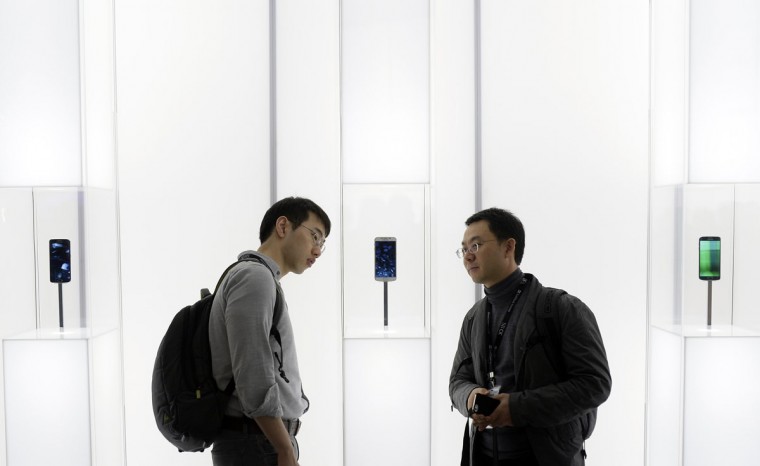 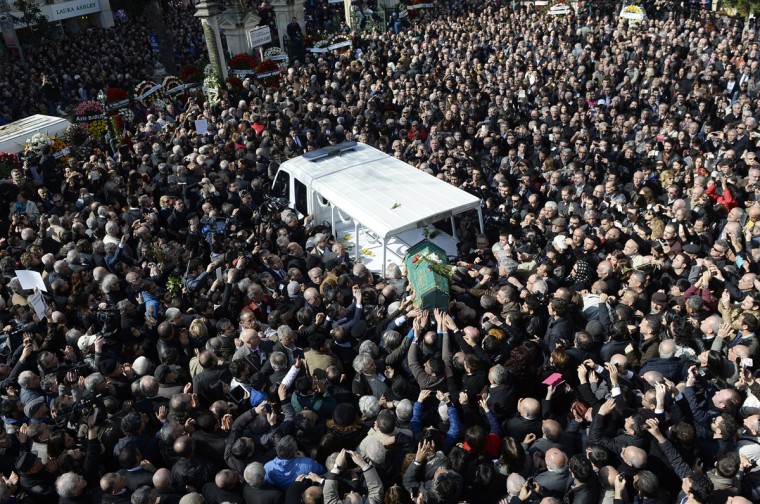 People carry the coffin of Yasar Kemal after funeral prayers at the Tesvikiye Mosque in Istanbul, Turkey, Monday, March 2, 2015. Political leaders and fellow writers were among thousands who gathered for the funeral of Kemal, one of Turkey’s best-known novelists. Kemal, whose focus on social injustices brought him into conflict with authority, died on Saturday aged 91. (AP Photo/Emrah Gurel) 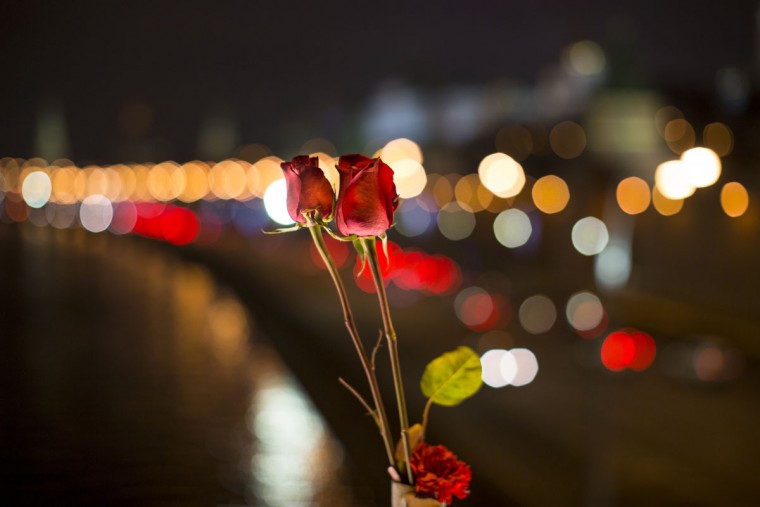 Red roses are at the place where Boris Nemtsov, a charismatic Russian opposition leader and sharp critic of President Vladimir Putin, was gunned down on Friday, Feb. 27, 2015 near the Kremlin, in Moscow, Russia, Monday, March 2, 2015. The investigation into the killing of Boris Nemtsov, a fierce critic of Russian President Vladimir Putin who was gunned down not far from the Kremlin, faced conflicting reports Monday about possible surveillance footage of his slaying. Words on a portrait reading ‘Fight!’ (AP Photo/Alexander Zemlianichenko) 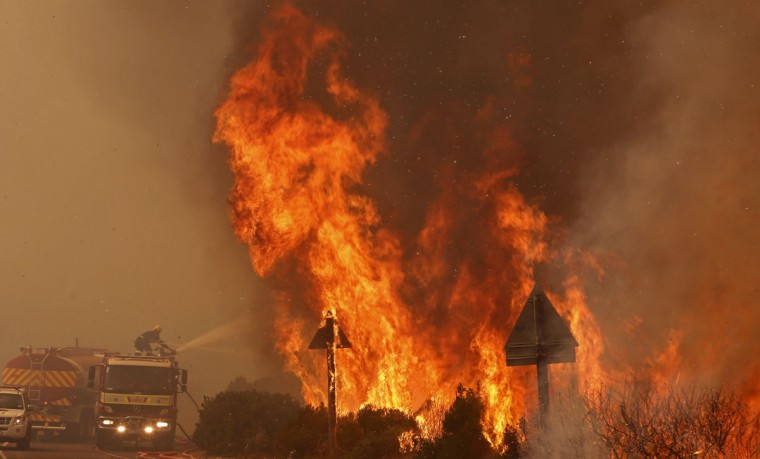 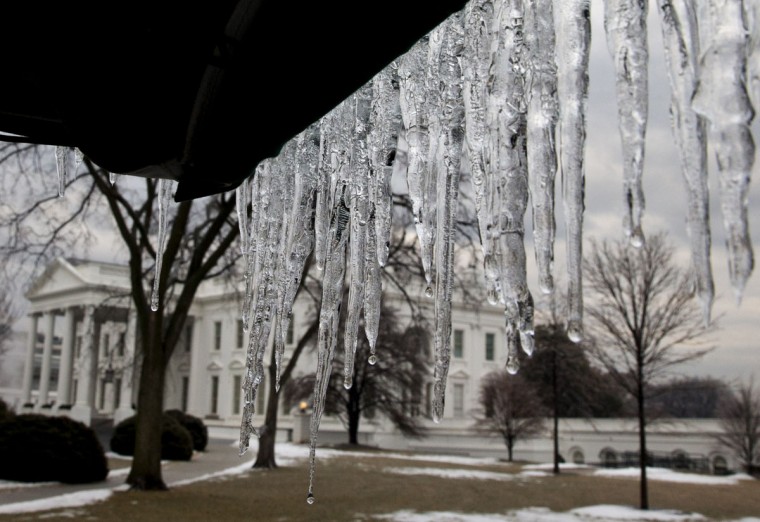 Icicles hanging from a tarp at the White House begin to melt after an ice storm in Washington, Monday, March 2, 2015. (AP Photo/Jacquelyn Martin) 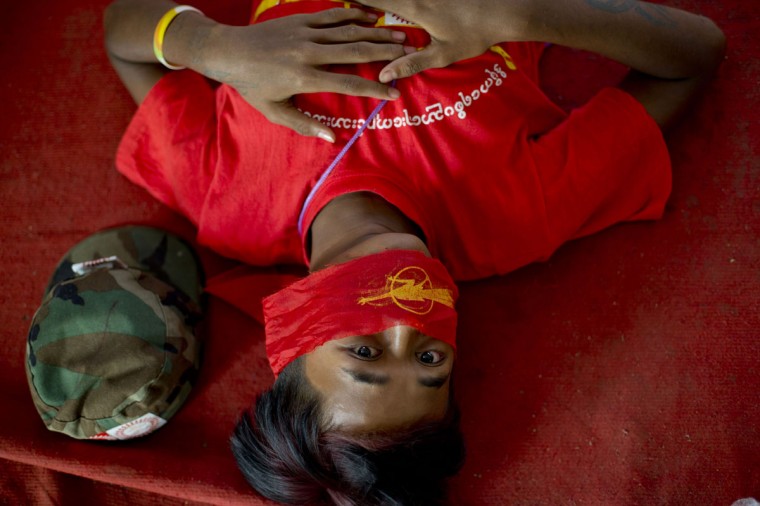 A student protester lies on a monastery floor after police surrounded the monastery apparently to prevent them from proceeding with a protest march to Yangon from Letpadan, north of Yangon, Myanmar, Monday, March 2, 2015. Truckloads of police prevented hundreds of students from marching onward to Myanmar’s old capital Monday to protest a new law that they say will curb academic freedom. (AP Photo/Gemunu Amarasinghe) 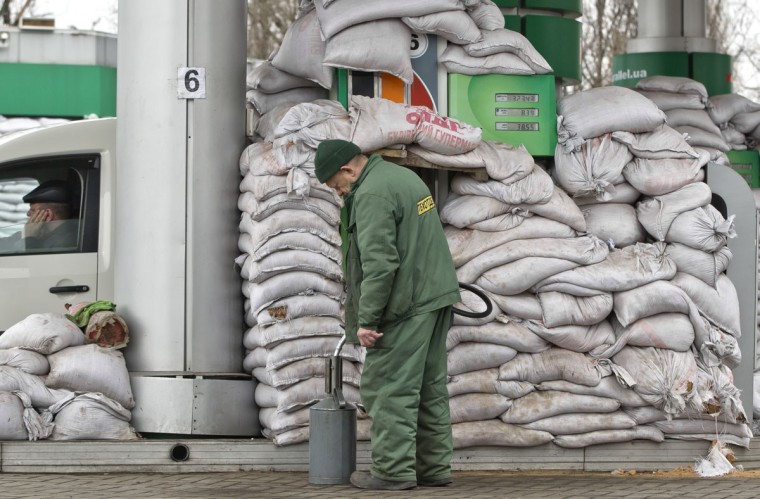 A man pours gasoline into a canister at a fuel pump covered in sandbags to protect it from possible shelling, in Donetsk, Ukraine, Monday, March 2, 2015. More than 6,000 people have died in eastern Ukraine since the start of the conflict almost a year ago that has led to a “merciless devastation of civilian lives and infrastructure,” the U.N. human rights office said Monday. (AP Photo/Vadim Ghirda) 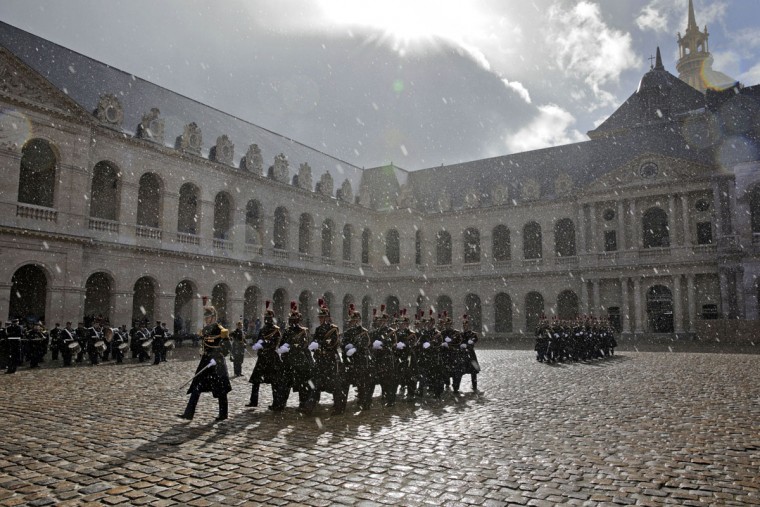 Republican Guards walk in the rain during a ceremony to welcome Quebec prime minister Philippe Couillard in the courtyard of the Invalides in Paris, Monday March 2, 2015. Philippe Couillard is on a five-day official visit in France. (AP Photo/Philippe Wojazer/Pool) 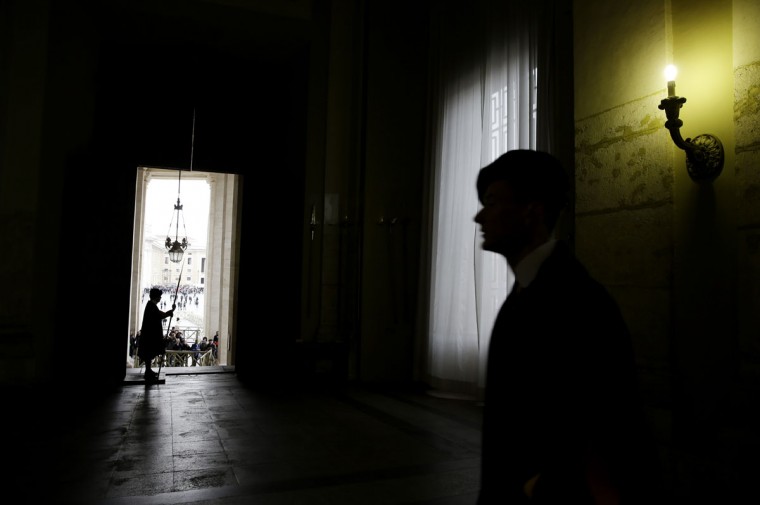 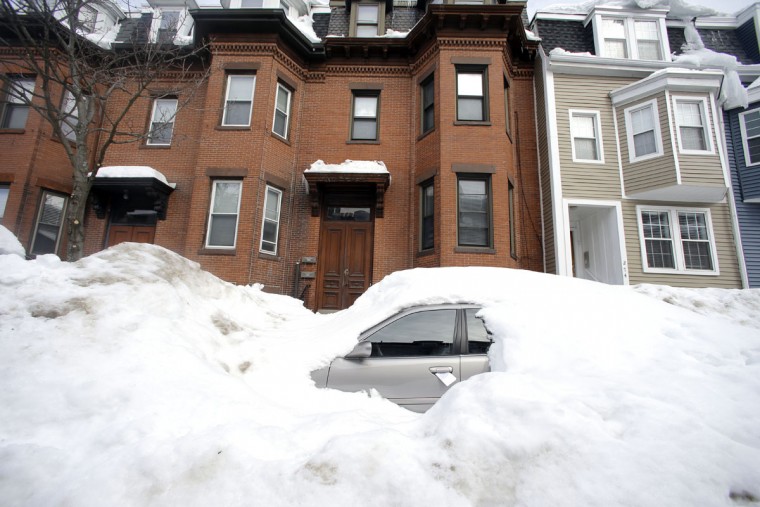 In this Feb. 23, 2015 photo, a car remains buried in snow along a residential street in South Boston. Officials typically turn a blind eye to the lawn chairs, orange cones and assorted bric-a-brac Bostonians use to reserve a parking space after clearing it of snow. That ends Monday, March 2, 2015, with an order from City Hall to remove space savers, reigniting the ugly parking wars that have pitted neighbor against neighbor. (AP Photo/Elise Amendola) 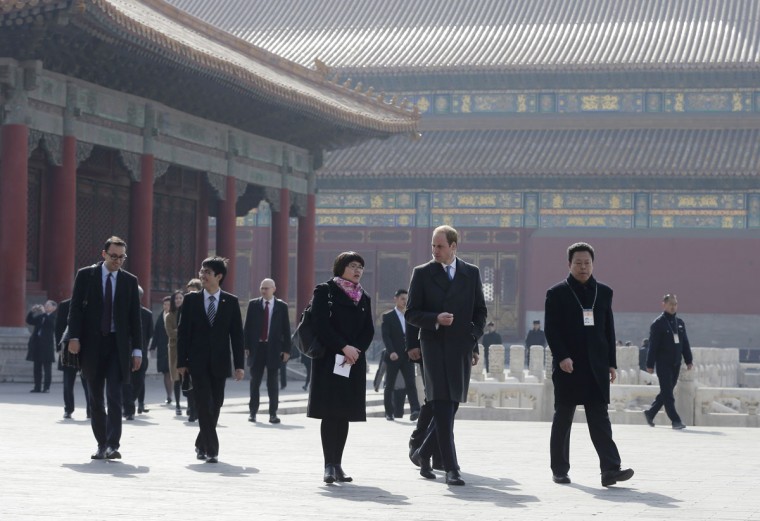 Britain’s Prince William, second right in front, is guided by Chinese officials as he tours the Forbidden City in Beijing Monday, March 2, 2015. William presented China’s president with a large envelope Monday containing an invitation from the queen to visit Britain this year, as he began the first official visit to mainland China by a senior British royal in a generation. (AP Photo/Andy Wong, Pool) 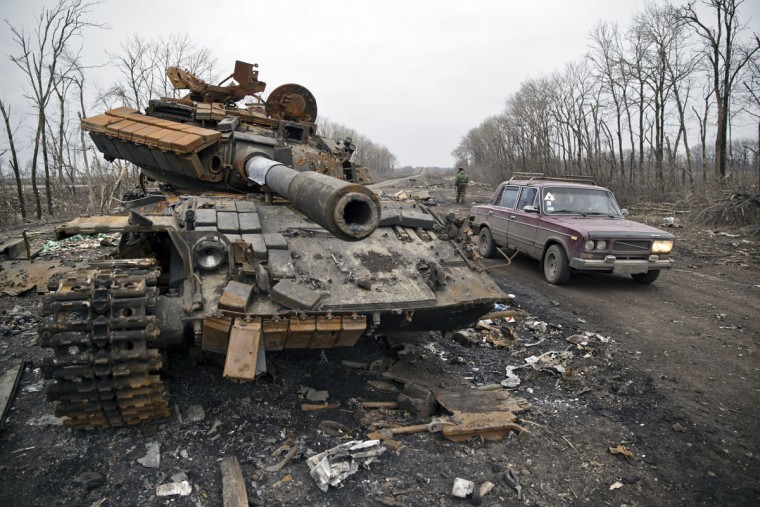 A car passes a destroyed tank abandoned on the road at a former Ukrainian army checkpoint that was overran last month by Russia-backed separatists during the offensive for Debaltseve, outside the city of Chornukhyne, Ukraine, Monday, March 2, 2015. More than 6,000 people have died in eastern Ukraine since the start of the conflict almost a year ago that has led to a “merciless devastation of civilian lives and infrastructure,” the U.N. human rights office said Monday. (AP Photo/Vadim Ghirda) 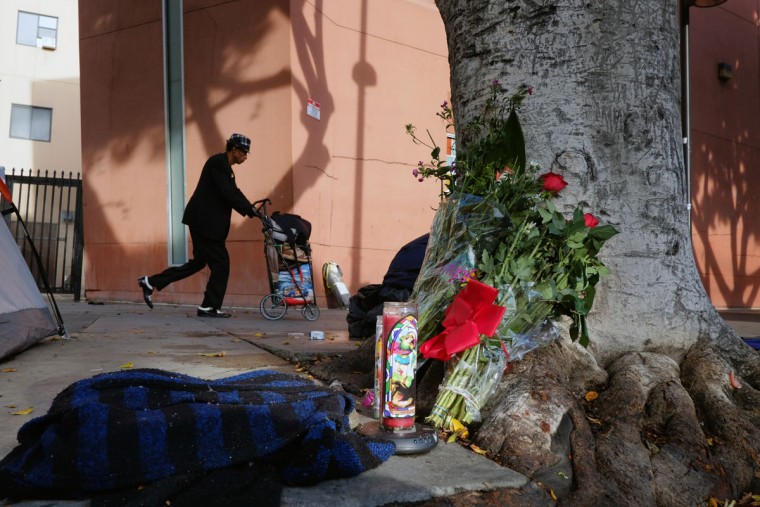 A pedestrian walks past flowers and candles placed on a sidewalk near where a man was shot and killed by police in the Skid Row section of downtown Los Angeles, Monday, March 2, 2015. Three Los Angeles police officers shot and killed the man on Sunday, as they wrestled with him on the ground, a confrontation captured on video that millions have viewed online. Authorities say the man was shot after grabbing for an officer’s gun. (AP Photo/Richard Vogel) 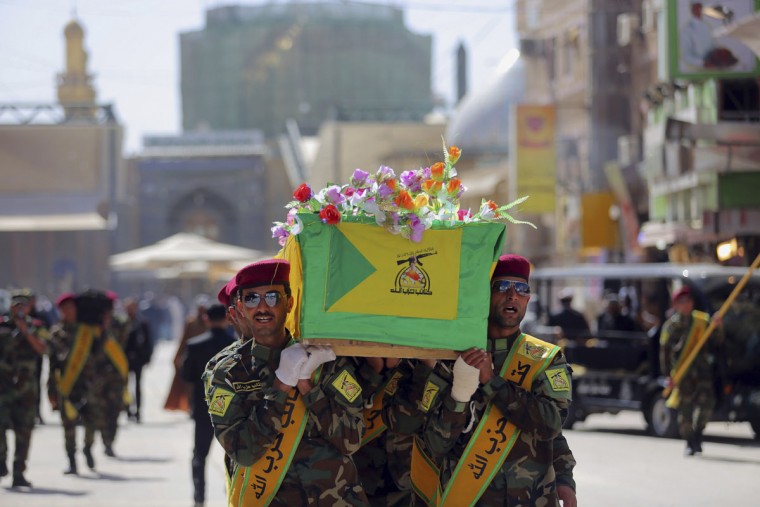 Iraqi Hezbollah fighters carry the coffin of their comrade, Ali Mansour, who his family says was killed in Tikrit fighting Islamic militants, during his funeral procession, in the Shiite holy city of Najaf, 100 miles (160 kilometers) south of Baghdad, Iraq, Monday, March 2, 2015. Backed by allied Shiite and Sunni fighters, Iraqi security forces on Monday began a large-scale military operation to recapture Saddam Hussein’s hometown from the Islamic State extremist group, state TV said, a major step in a campaign to reclaim a large swath of territory in northern Iraq controlled by the militants. (AP Photo/Jaber al-Helo) 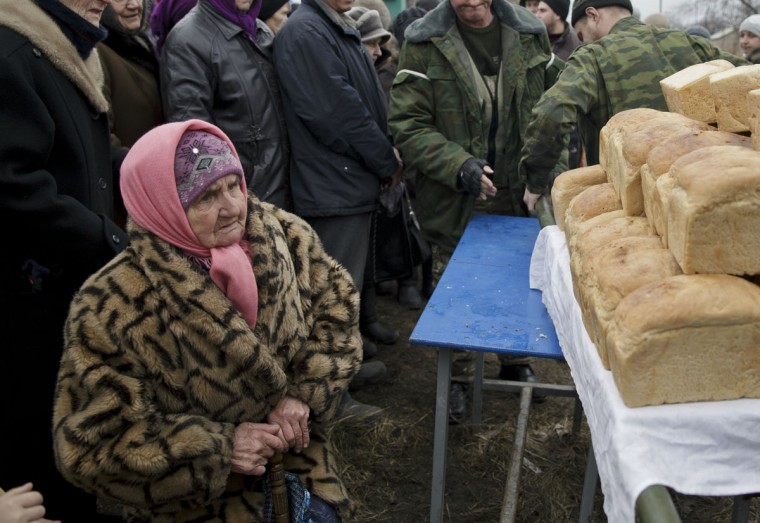 An elderly woman looks as bread, baked by Russia-backed separatists, is brought to be delivered to residents in Chornukhyne, Ukraine, Monday, March 2, 2015. More than 6,000 people have died in eastern Ukraine since the start of the conflict almost a year ago that has led to a “merciless devastation of civilian lives and infrastructure,” the U.N. human rights office said Monday. (AP Photo/Vadim Ghirda) 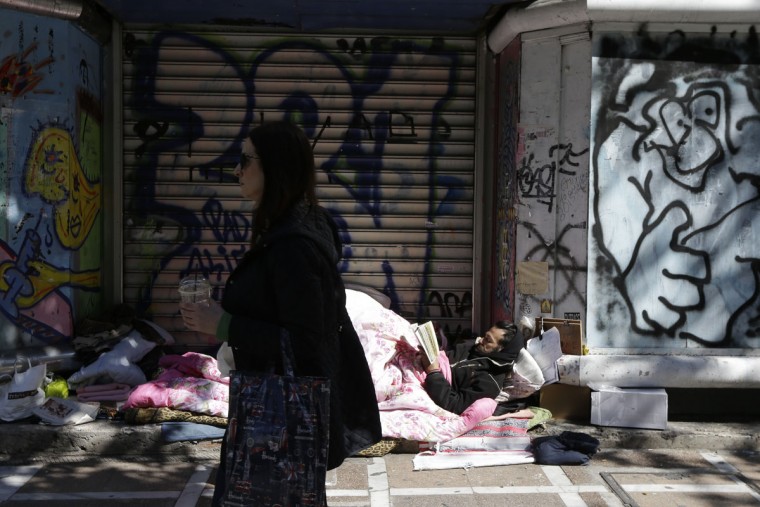 A homeless man reads a book in central Athens, on Monday, March 2, 2015. Germany’s finance minister Wolfgang Schaeuble said Sunday that he trusts Greece’s current government to fulfill the conditions for the bailout deal, but also made clear the country would not receive any further money if it didn’t. (AP Photo/Thanassis Stavrakis)