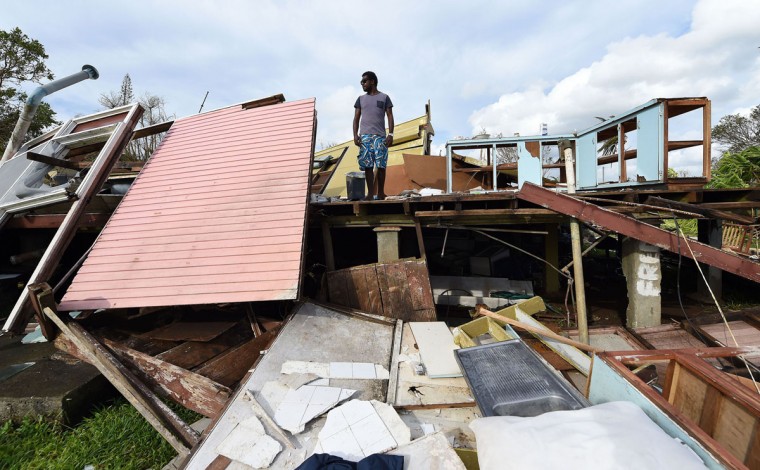 Adrian Banga surveys his house, flattened by Cyclone Pam, in Vanuatu’s capital Port Vila on March 16, 2015. Vanuatu’s president on March 16 pleaded with the world to help the cyclone-ravaged Pacific nation rebuild as aid agencies warned conditions were among the most challenging they have ever faced with fears of disease rife. (AFP Photo/Dave Hunt) 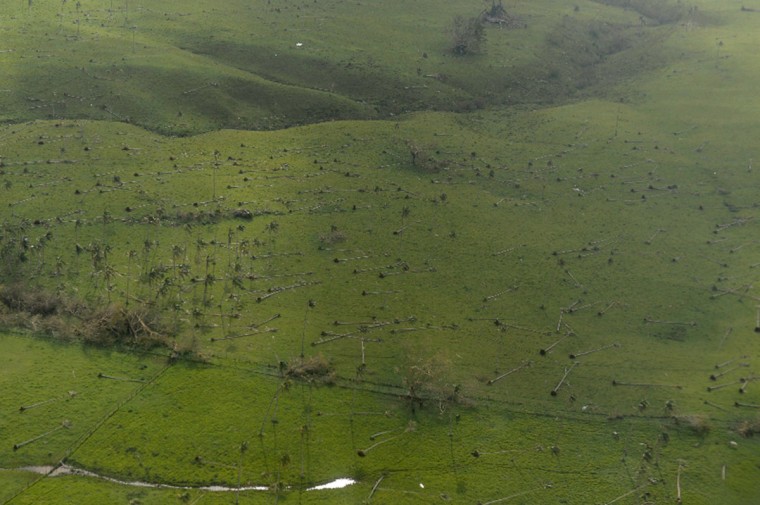 This aerial photo taken on March 16, 2015 shows uprooted trees in cyclone-ravaged Vanuatu after Super Tropical Cyclone Pam tore through on March 13, packing wind gusts of up to 320 kilometres (200 miles) an hour. Aid agencies on March 16 described conditions in cyclone-ravaged Vanuatu as among the most challenging they have ever faced, as the Pacific nation’s president blamed climate change for worsening the devastation. (AFP Photo/Fred Payet) 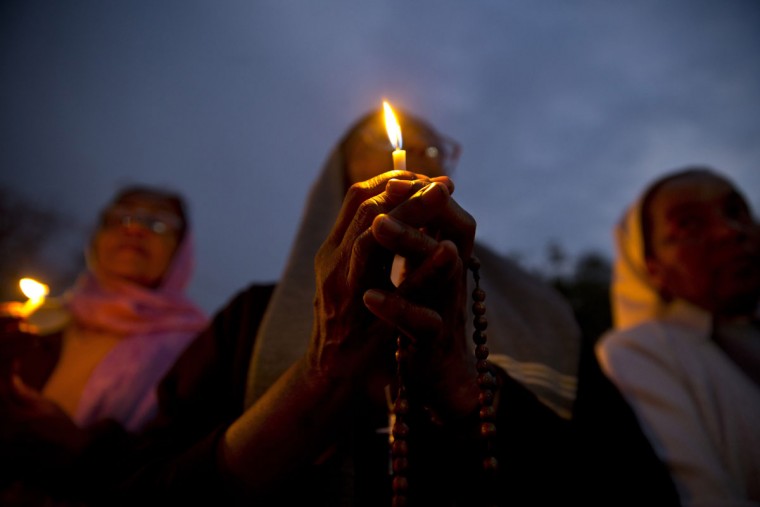 Christian nuns pray as they hold a candle light vigil to condemn the gang rape of a nun at a Christian missionary school in eastern India outside the Sacred Heart cathedral in New Delhi, India, Monday, March 16, 2015. According to police a nun in her 70s was gang-raped by a group of bandits when she tried to prevent them from committing a robbery in the Convent of Jesus and Mary School in West Bengal state’s Nadia district. The attack early Saturday is the latest crime to focus attention on the scourge of sexual violence in India. (AP Photo/Saurabh Das) 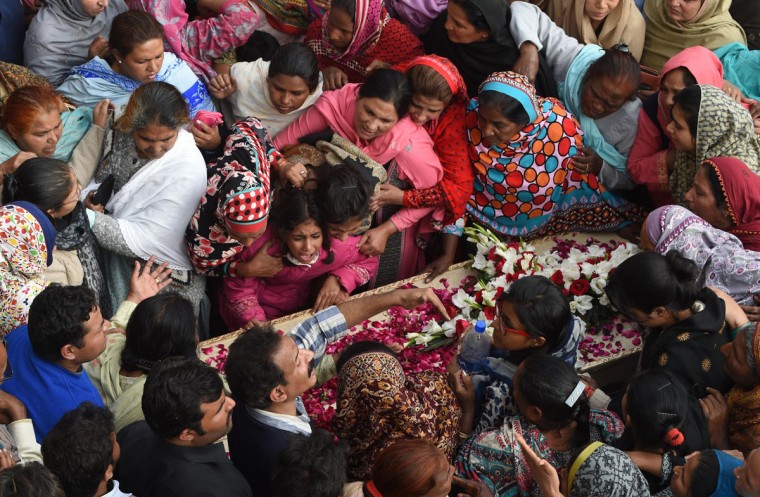 Pakistani Christians mourn over the coffin of the victim of a suicide bomb attack on a church in Lahore on March 16, 2015. Thousands of Christians rioted in the Pakistani city of Lahore, smashing property and vehicles as they clashed with police in a second day of protest against twin Taliban suicide bombings of churches that killed 17 people. (AFP Photo/Arif Ali) 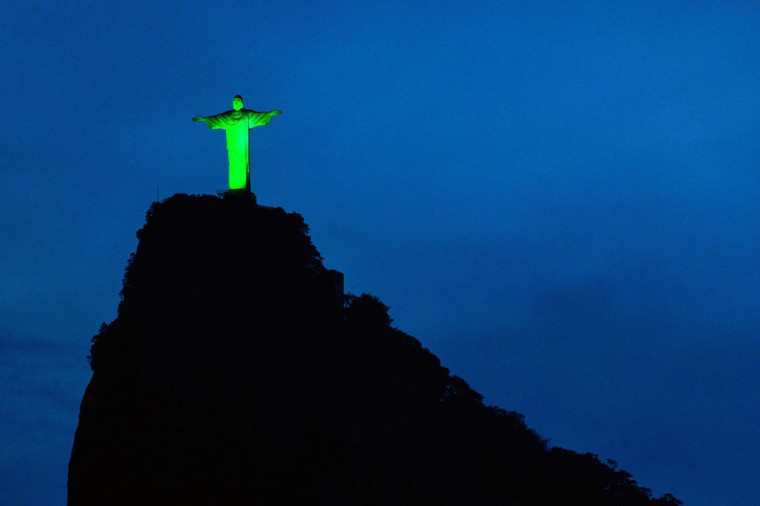 View of the statue of Christ the Redeemer illuminated in green to celebrate the upcoming Irish festivity of Saint Patrick’s Day, atop Corcovado hill in Rio de Janeiro, Brazil, on March 15, 2015. (AFP Photo/Yasuyoshi Chiba) 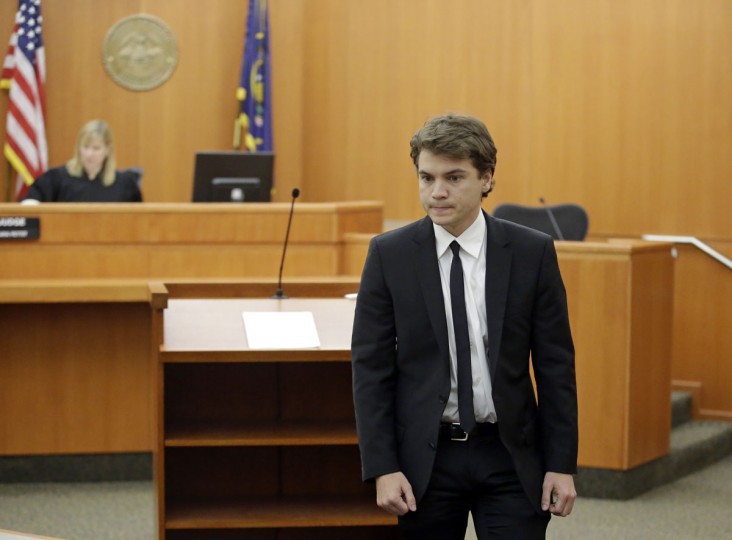 Actor Emile Hirsch appears in court Monday, March 16, 2015, in Park City, Utah. Hirsch made his first court appearance after being charged with assault after putting a studio executive in a chokehold and dragging her across a nightclub table while he was in Utah for the Sundance Film Festival. (AP Photo/Rick Bowmer, Pool) 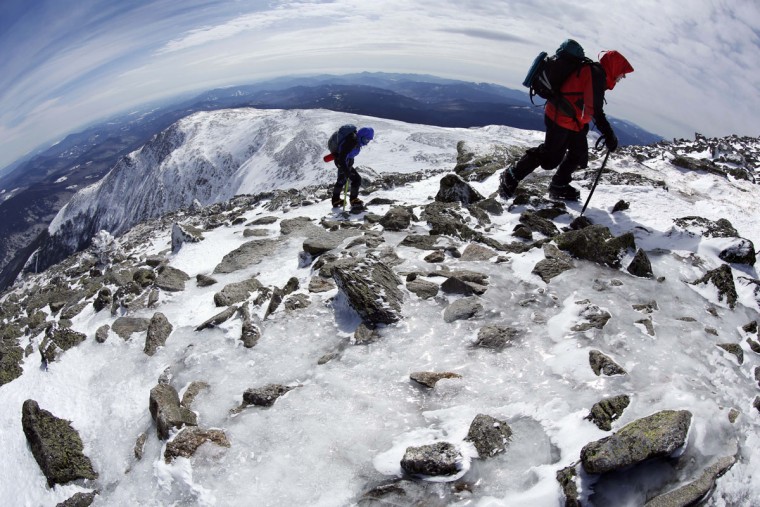 In this Tuesday, March 10, 2015 photo, Gary Gustafson, 58, leads Linda Dewey, 54, up an icy trail on the summit cone of Mount Washington in New Hampshire. The hikers waited about four weeks for a calm day before attempting the mountain that is notorious for its erratic weather. (AP Photo/Robert F. Bukaty) 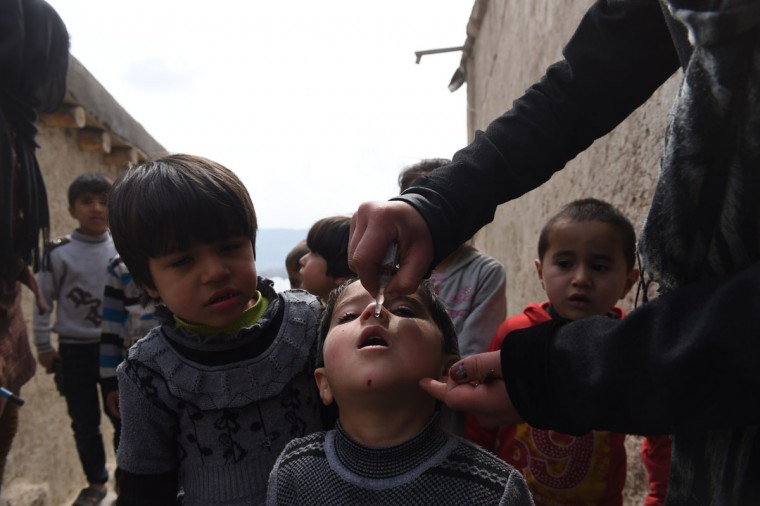 An Afghan health worker administers polio vaccine drops to a child on the second day of a vaccination campaign in Kabul on March 16, 2015. Nearly nine million children throughout Afghanistan will be immunized during a three-day national polio immunization drive launched on March 15.The immunization campaign comes shortly after Afghanistan reported its first case of polio virus for 2015, in Helmand, in the Southern Region. Afghanistan and Pakistan are the only two countries in the world to have reported cases of the crippling polio virus in the past eight months and it is increasingly likely that these are the last two countries on Earth with active polio transmission. (AFP Photo/Shah Marai) 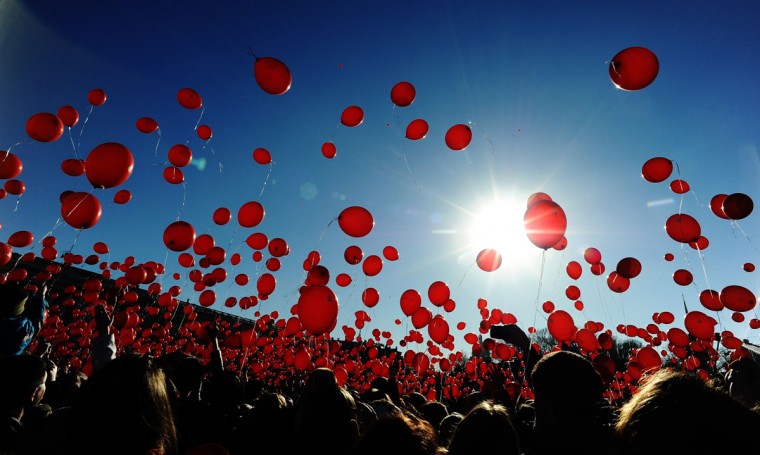 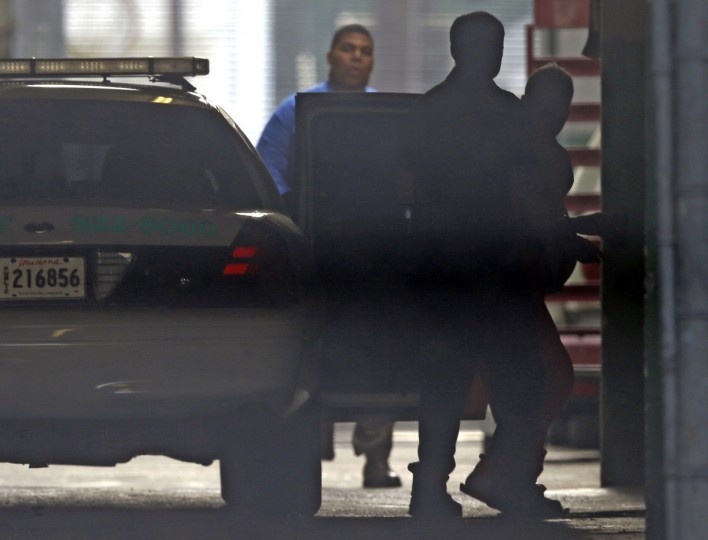 Robert Durst, far right, photographed through fencing, is escorted into Orleans Parish Criminal District Court through a tunnel entrance, in New Orleans, Monday, March 16, 2015. Durst waived extradition Monday and will return to Los Angeles to face a murder charge in the 15-year-old death of a writer and friend who acted as his spokeswoman. (AP Photo/Gerald Herbert) 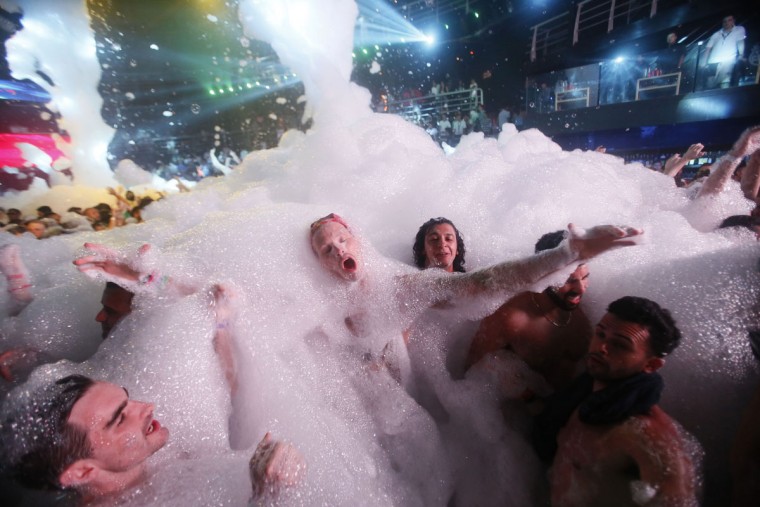 Spring Breakers are covered in foam at The City nightclub in the Caribbean resort city of Cancun, Mexico, early Monday, March 16, 2015. Cancun continues to be one of the top foreign destinations for U.S. college students to spend Spring Break. (AP Photo/Israel Leal) 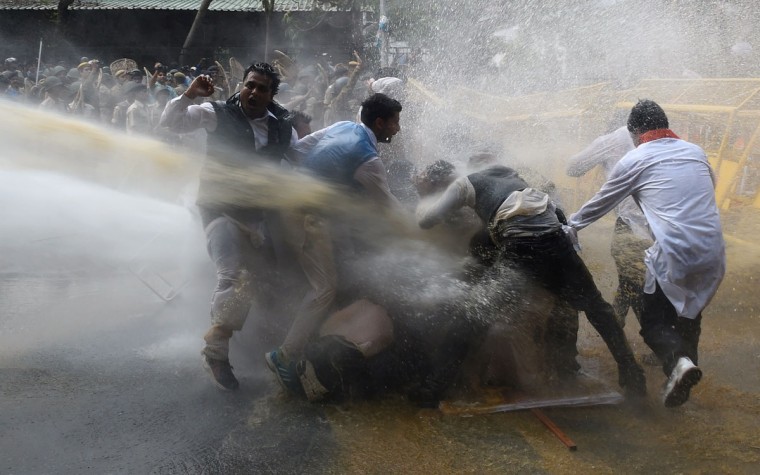 Police use water cannon to disperse protesters led by the opposition Congress party in New Delhi on March 16, 2015. Police on March 16 baton-charged and fired water cannon at demonstrators rallying in the Indian capital against Prime Minister Narendra Modi’s land reforms, which they say will harm the country’s millions of farmers. (AFP Photo/Money Sharma) 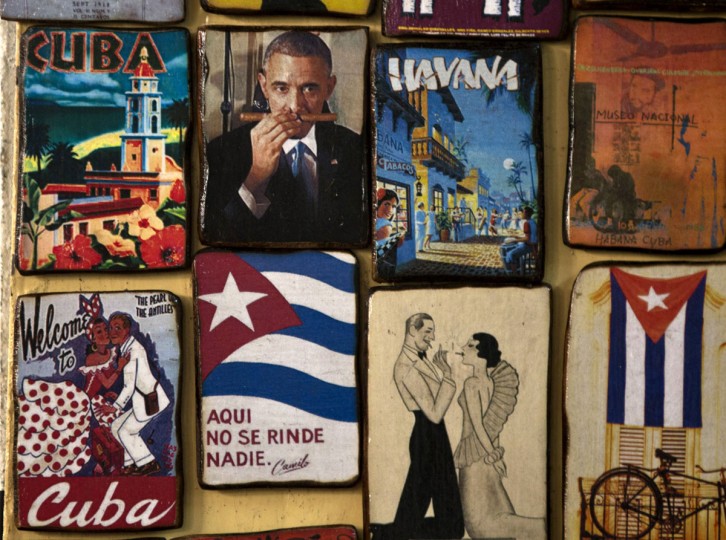 Magnets for sale decorate a tourist shop, one showing an image of U.S. President Barack Obama smelling a cigar, at a market in Havana, Cuba, Monday, March 16, 2015. U.S. and Cuban officials are meeting Monday in last-minute closed door negotiations in Havana, in hopes of restoring full diplomatic relations before the Summit of the Americas in April. The magnet in the bottom row, second from left, reads in Spanish: “Here, nobody gives up,” a popular quote attributed to Cuba’s late revolutionary hero Camilo Cienfuegos. (AP Photo/Ramon Espinosa) 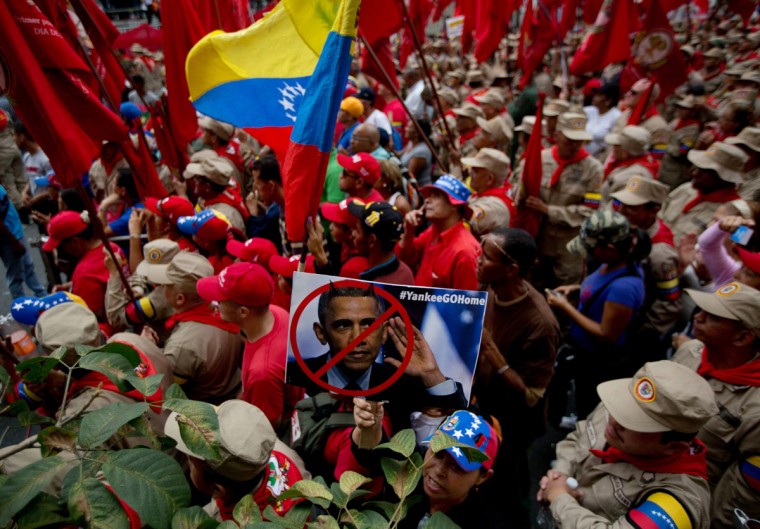 A supporter of Venezuela’s President Nicolas Maduro, surrounded by uniformed members of the Bolivarian Militia, holds a defaced photograph of U.S. President Barack Obama at a pro-government rally outside Miraflores presidential palace in Caracas, Venezuela, Sunday, March 15, 2015. Venezuela’s parliament approved on Sunday a law giving President Nicolas Maduro the power to legislate by decree for nine months in the face of what he describes as threats by the U.S. government. (AP Photo/Fernando Llano) 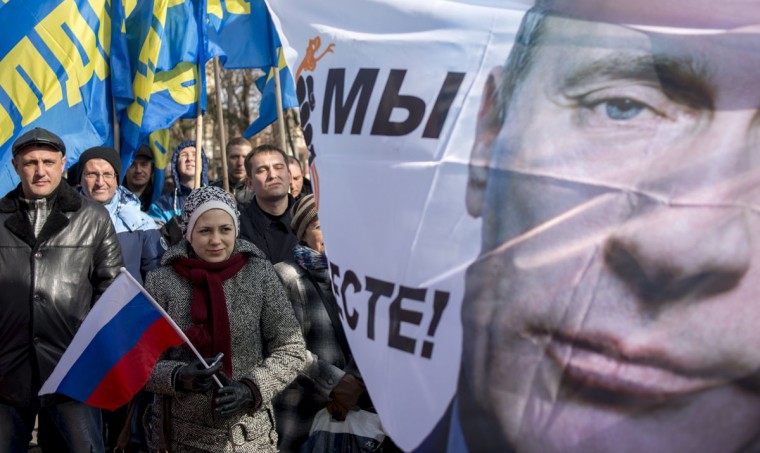 A poster stands near to a banner with the image of Russian President Vladimir Putin, during a rally marking the one year anniversary of the referendum in Crimea that supported its secession from Ukraine, in Simferopol, Crimea, Monday, March 16, 2015. (AP Photo/Mikhail Mordasov) 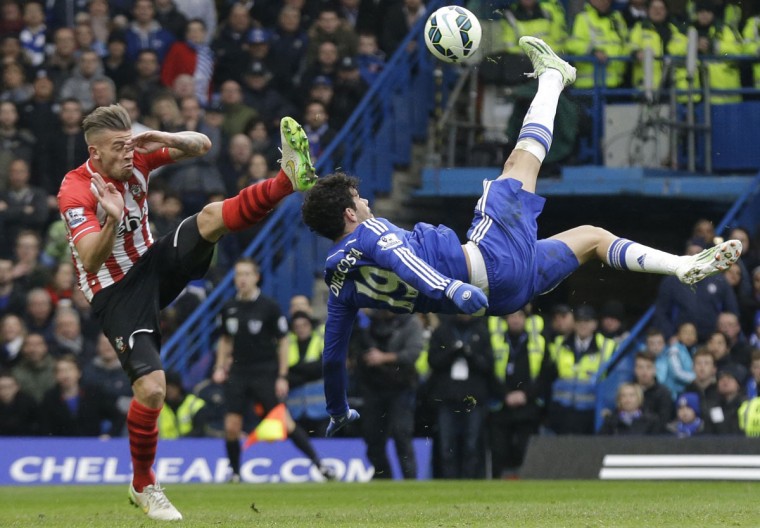 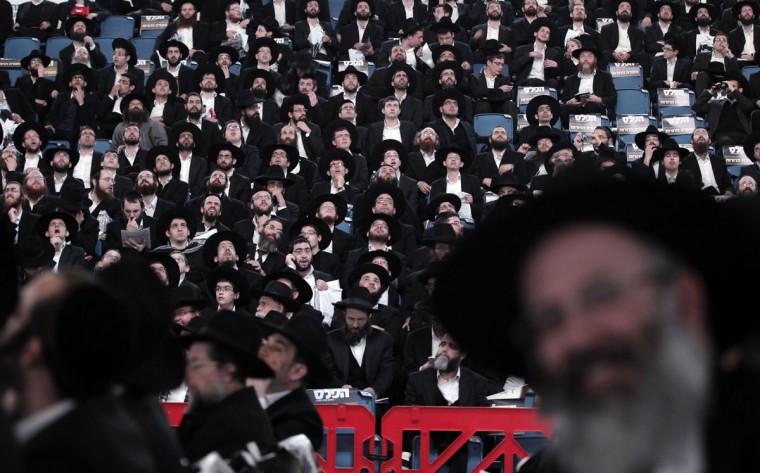 Thousands of ultra-Orthodox Ashkenazi Jews gather in a sports arena in Jerusalem on March 15, 2015, in a show of force less than two days before general elections. Israel goes to the polls on March 17, 2015 for the second general election in as many years with pundits unanimous that it is turning out to be a referendum on Prime Minister Benjamin Netanyahu’s six years as premier. (AFP Photo/Ahmad Gharabli) 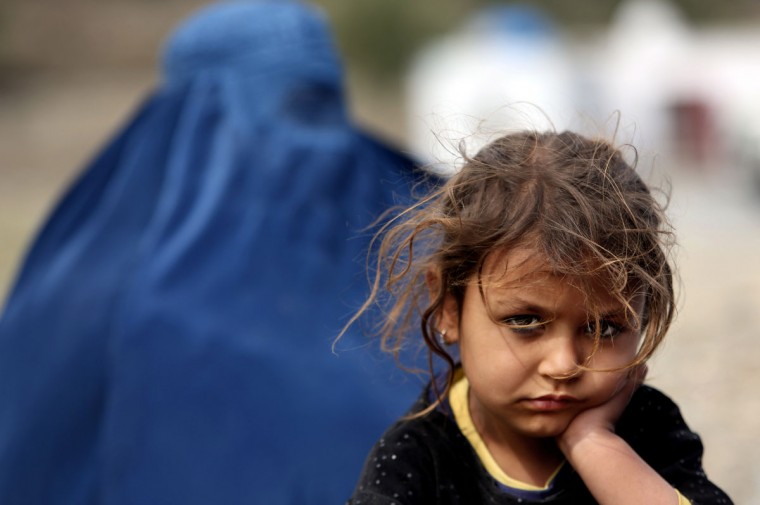 In Wednesday, March 11, 2015 photo, an Afghan refugee girl who arrived to Afghanistan through Pakistan’s border crossing, poses for a photograph at the International Organization for Migration center, in Torkham, east of Kabul, Afghanistan. Since January, almost 50,000 Afghan families have passed through Torkham, double the amount of all refugees returning through the border town in 2014, according to the International Organization for Migration. Many say they fled Pakistan over increased harassment by police who told them to return to Afghanistan, a country many have never even seen, putting new pressure on both countries to find solutions to the decades-old flow of refugees. (AP Photo/Rahmat Gul) 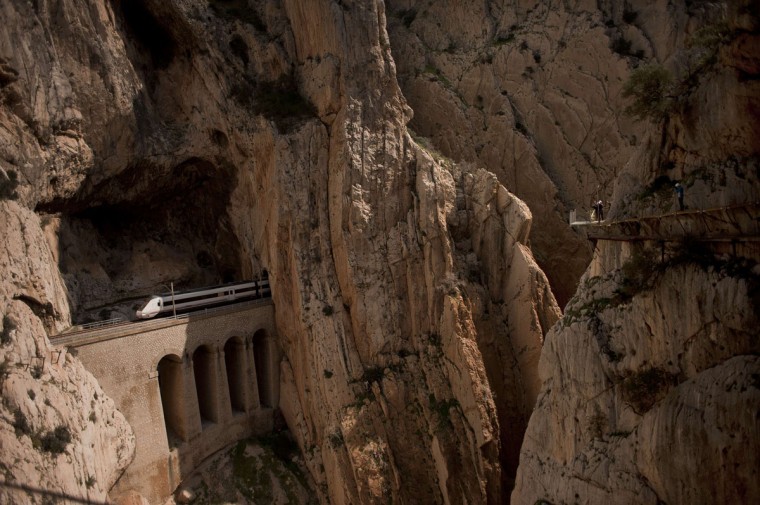 A train passes through a tunnel in the rocks as people walk the foot-path “El Caminito del Rey” (King’s little path) a narrow walkway hanging and carved on the steep walls of a defile in Ardales near Malaga on March 15, 2015. The one meter wide and 7.7 km long path, hanging from Ardales’ defile at 100 meter high, was closed in the mid 90’s after several hikers resulted dead when walking it. Once restored it will be reopened to the public on March 28, 2015. (AFP Photo/Jorge Guerrero ) 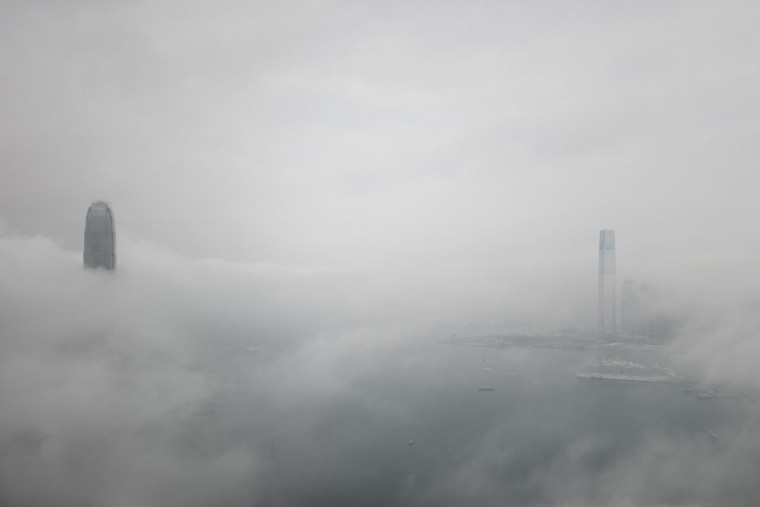 The IFC (L) and ICC (R) towers are seen shrouded in fog in Hong Kong on March 16, 2015. The foggy weather in the Southern Chinese city is caused by a humid maritime airstream affecting the south China coastal areas. (AFP Photo/Philippe Lopez) 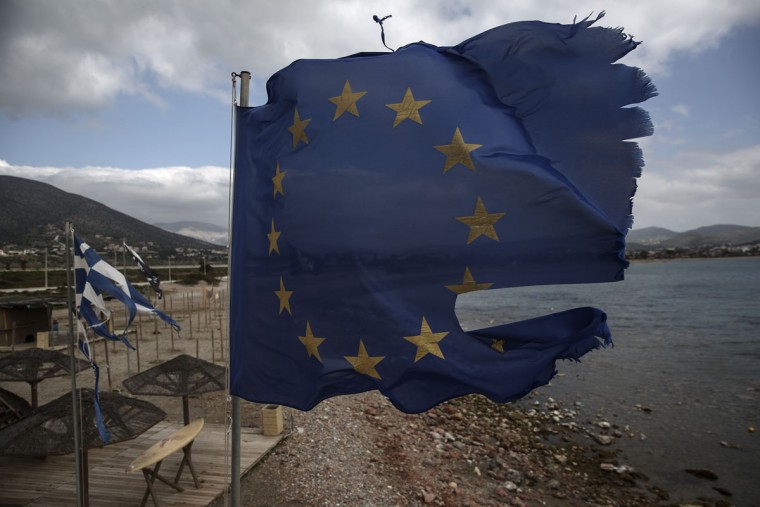 Ruined EU and Greek flags fly in tatters from a flag pole at a beach at Anavissos village, southwest of Athens, on Monday, March 16, 2015. Tensions between Greece, its eurozone partners and the institutions supervising the debt, the Commission, the European Central Bank and the IMF, have been heightened by the new government’s continued election-style rhetoric and the EU’s austerity demands. (AP Photo/Yorgos Karahalis)