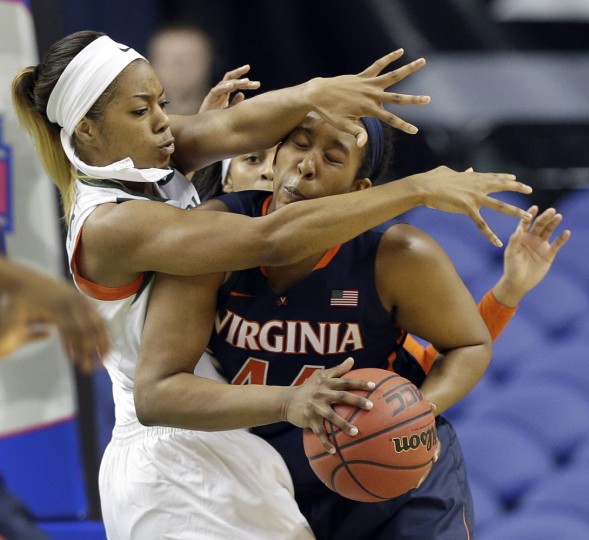 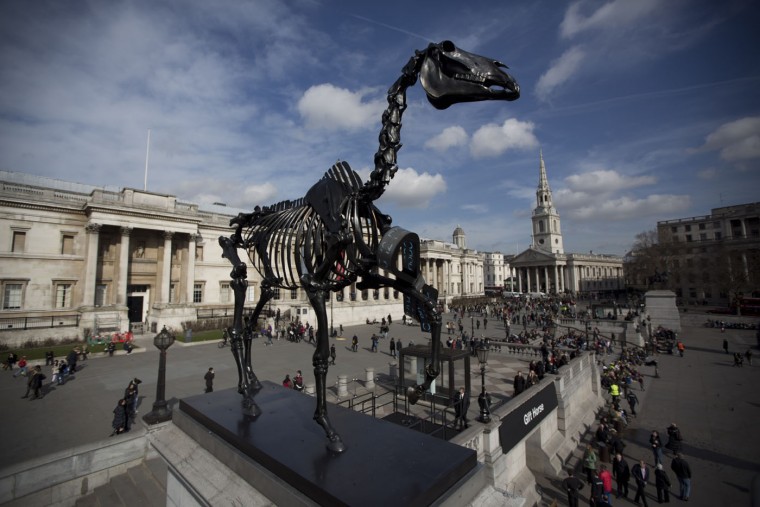 The sculpture “Gift Horse,” which portrays a skeletal horse by German-born artist Hans Haacke, stands above Trafalgar Square after it was unveiled as the new commission for the Fourth Plinth, in London, Thursday, March 5, 2015. The 4.6 meter high bronze sculpture has an electronic ribbon attached to its front leg displaying a live ticker of the London Stock Exchange. (AP Photo/Matt Dunham) 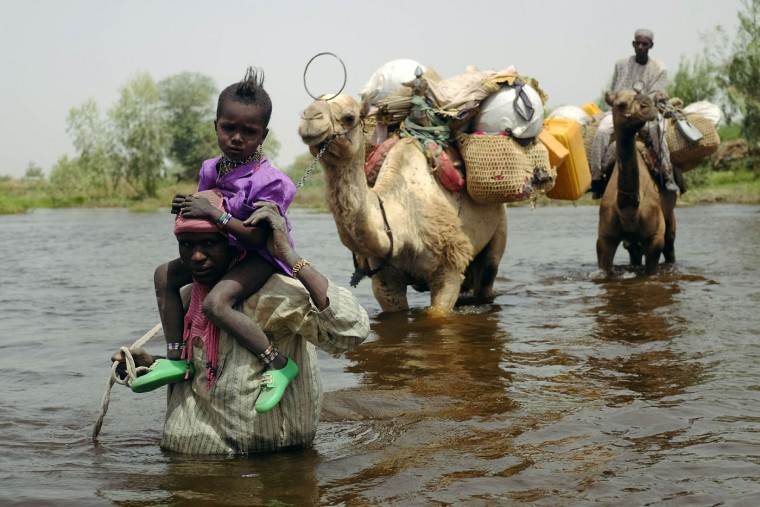 Herdsmen and others cross a tributary of Lake Chad to the village of N’Gouboua, Chad, Thursday, March 5, 2015, using the same route the Nigerian refugees used to flee Boko Haram. Boko Haram militants arrived in Ngouboua before dawn on Feb. 13, marking the first attack of its kind on Chad. By the time the scorched-earth attack ended, they had burned scores of mud-brick houses by torching them with gasoline and had killed at least eight civilians and two security officers. Some 3,400 Nigerian refugees had been living in the village at the time of the attack, and all have since been relocated further inland. (AP Photo/Jerome Delay) 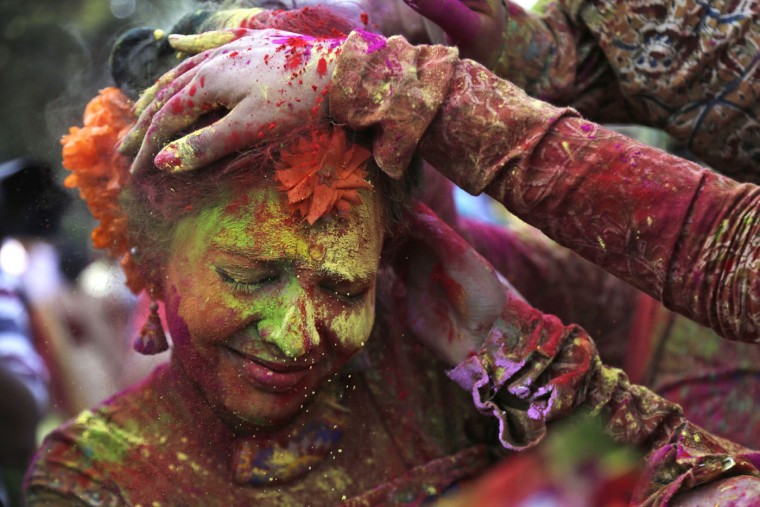 People put colored powder on the face of a girl as they celebrate Holi in Kolkata, India , Thursday, March 5, 2015. Holi, the Hindu festival of colors, will be celebrated on March 6. (AP Photo/ Bikas Das) 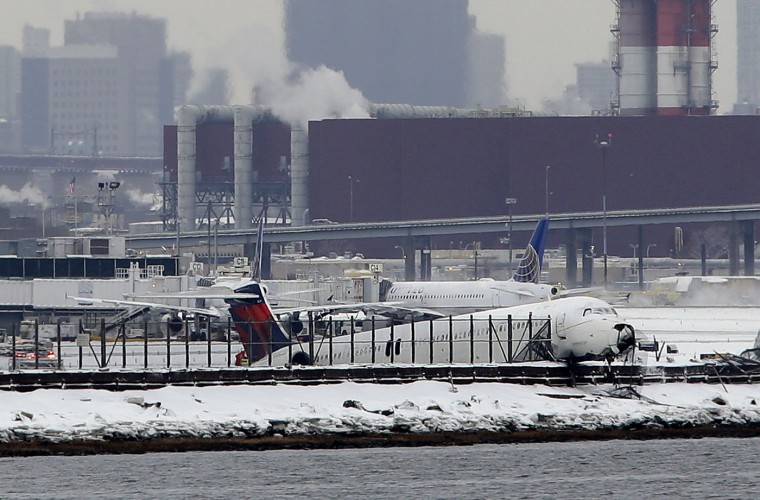 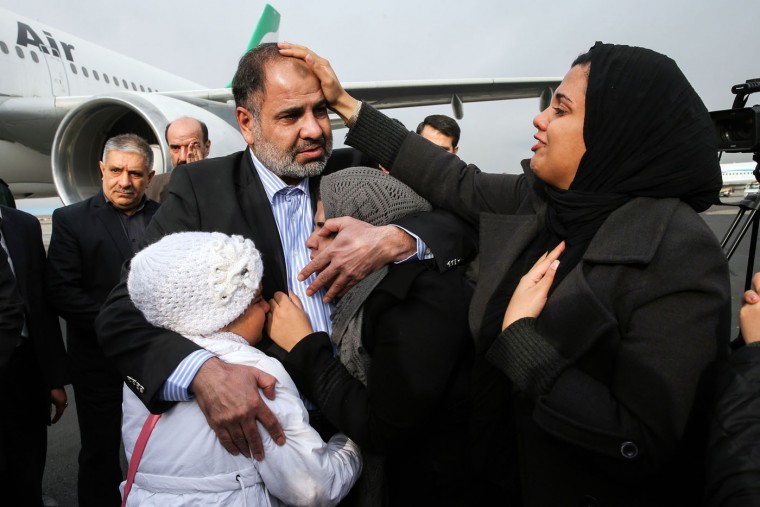 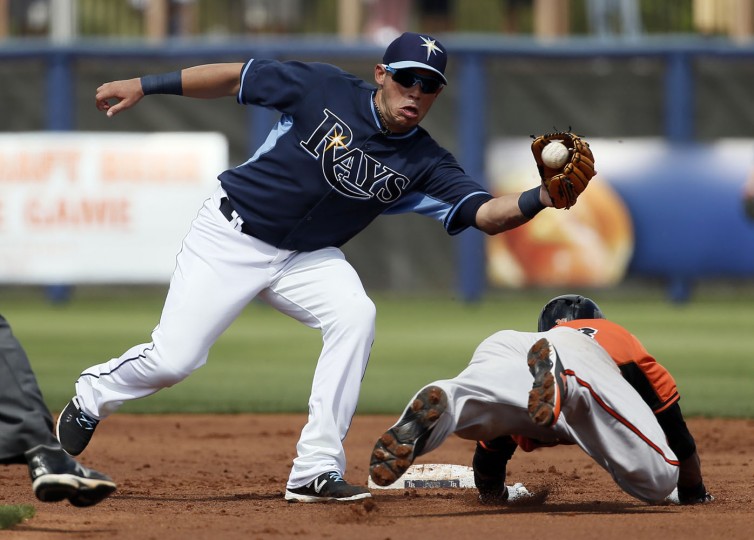 Tampa Bay Rays shortstop Asdrubal Cabrera (13) reaches out for the throw before tagging out Baltimore Orioles’ Jimmy Paredes on a stolen base attempt in the second inning of a spring training baseball game in Port Charlotte, Fla., Thursday March 5, 2015. (AP Photo/Tony Gutierrez) 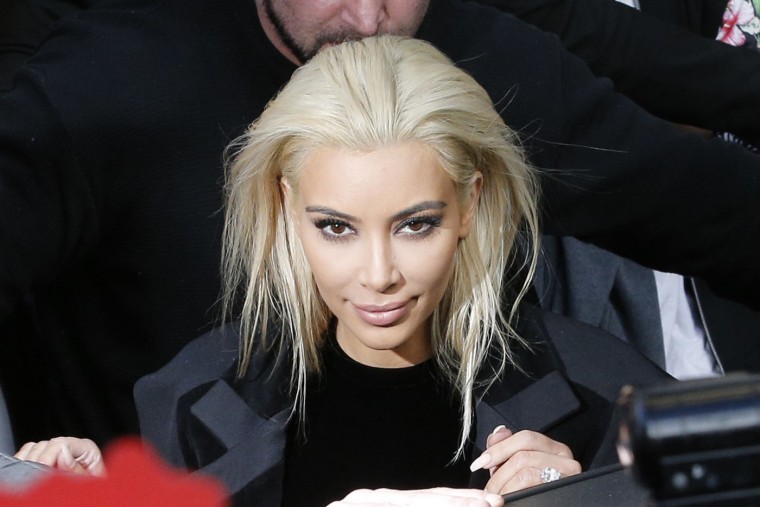 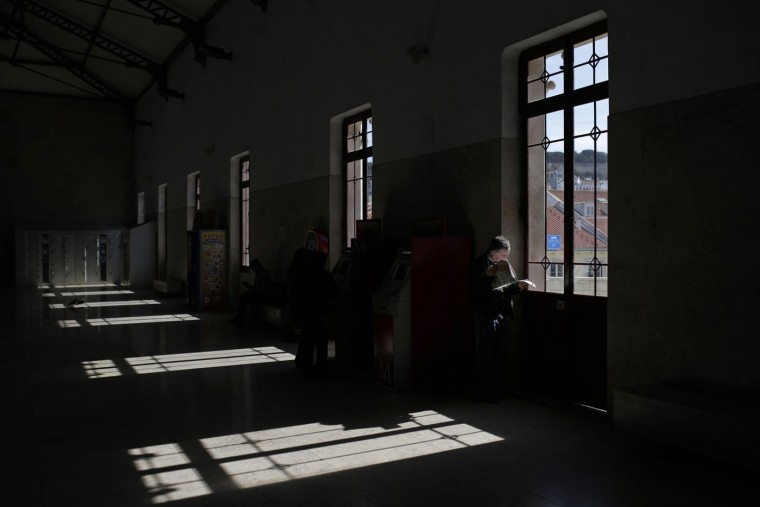 A man reads a newspaper by a window at the Rossio train station in Lisbon, Portugal, Thursday, March 5, 2015. The station located in the city centre is frequented by local commuters from outside the Portuguese capital and tourists who want to visit the historical town of Sintra. (AP Photo/Francisco Seco) 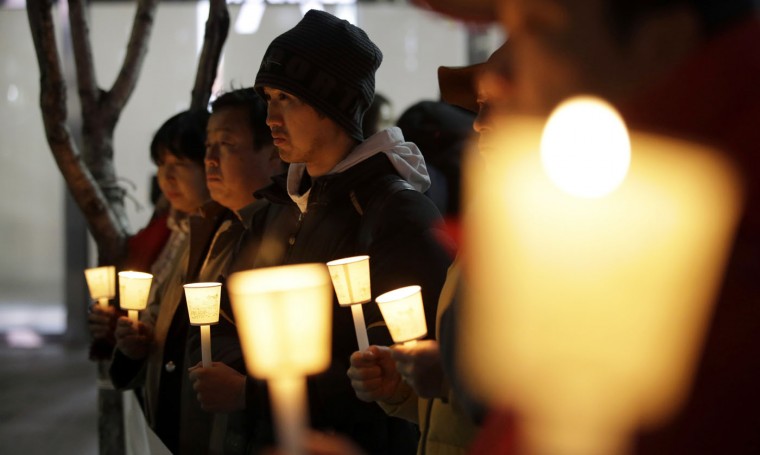 South Koreans hold candles for a quick recovery of injured U.S. Ambassador Mark Lippert in downtown Seoul, South Korea, Thursday, March 5, 2015. Lippert was in stable condition after a man screaming demands for a unified North and South Korea slashed him on the face and wrist with a knife, South Korean police and U.S. officials said. (AP Photo/Lee Jin-man) 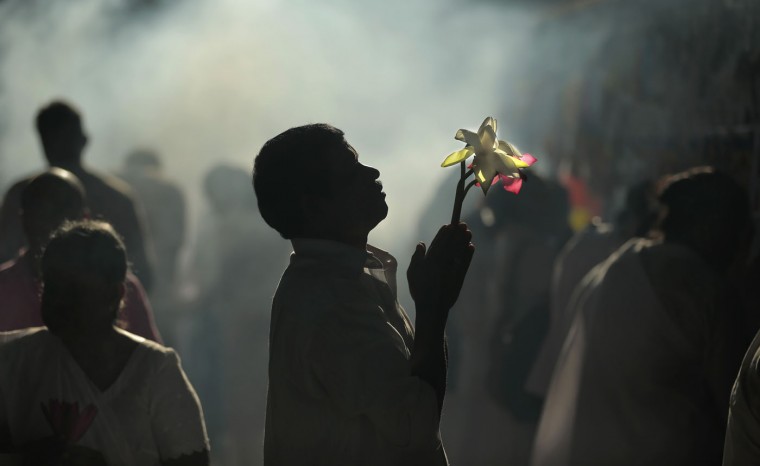 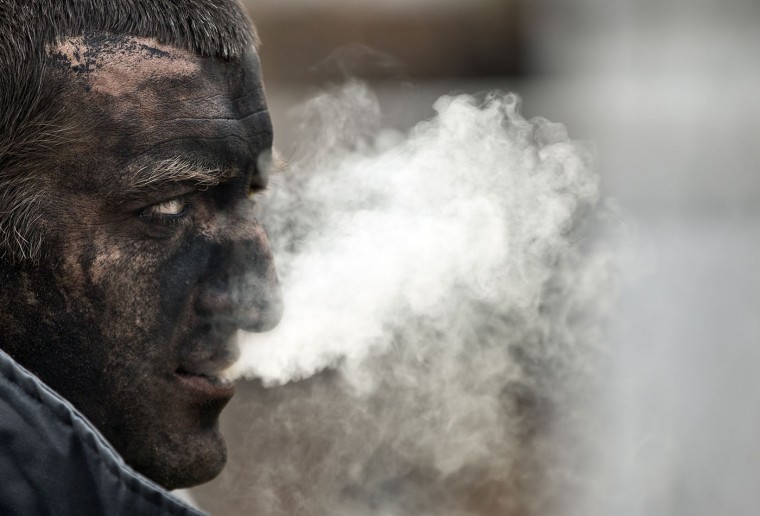 A Ukrainian mining rescuer smokes after taking part in the search for bodies of miners killed in an explosion yesterday before dawn at more than 1,000 metres (3,200 feet) underground at the Zasyadko mine, in Donetsk, Ukraine, Thursday, March 5, 2015. Officials in a separatist rebel-held city in east Ukraine say the death toll from an accidental explosion at a coal mine has risen to 32, while one person still remains unaccounted for. (AP Photo/Vadim Ghirda) 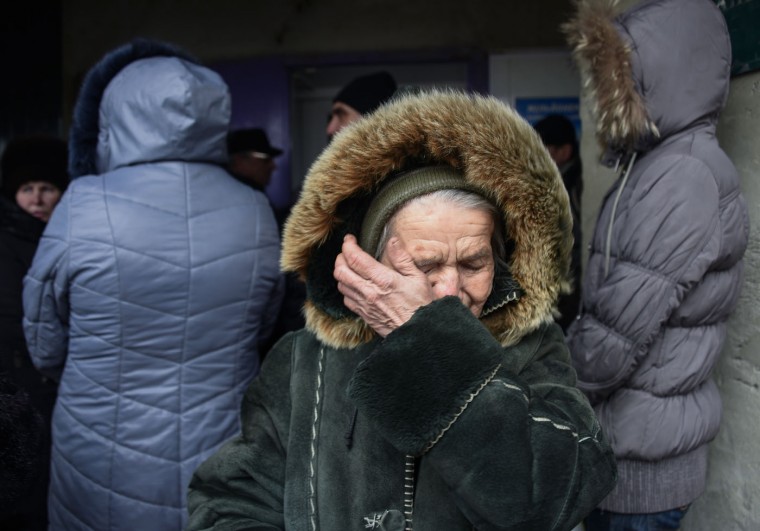 In this picture taken on March 3, 2015, Vera Pavliy, 76 year-old, dressed in a worn-out sheepskin coat, cries outside a bank in the town of Kurakhove, Ukraine, just a few miles away from the area controlled by Russia-backed rebels. The 76-year-old was stuck behind the battle lines with no money and no way to get home. The war that brought death and destruction to the region has largely abated, but the misery remains. In fact an effective government blockade on separatist-held areas is only getting worse. The goal is ostensibly to choke the rebel economy and force the separatist front to yield, but for now Kievs actions are fostering only resentment. (AP Photo/Mstyslav Chernov) 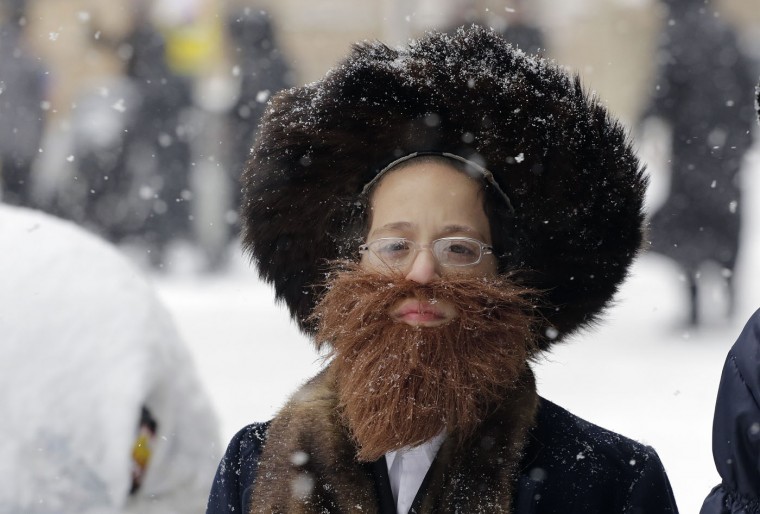 A boy wears a fake beard during a snowstorm on Purim, Thursday, March 5, 2015 in the Williamsburg neighborhood of the Brooklyn borough of New York. The day commemorates the deliverance of the Jewish people in the ancient Persian Empire. (AP Photo/Mark Lennihan) 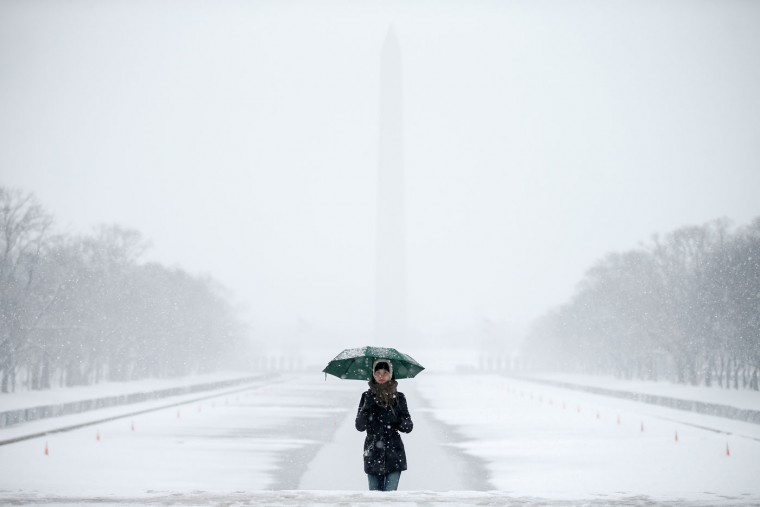 The Washington Monument and the Reflecting Pool are visible behind Claudia Marusanici, visiting from Romania, as she makes her way towards the Lincoln Memorial on the National Mall in Thursday, March 5, 2015, in the falling snow. The U.S. federal government said its offices in the Washington area will be closed Thursday because of a new round of winter weather expected in the region. The Office of Personnel Management said non-emergency personnel in and around Washington were granted excused absences for the day. Emergency employees and telework-ready employees were expected to work. (AP Photo/Andrew Harnik) 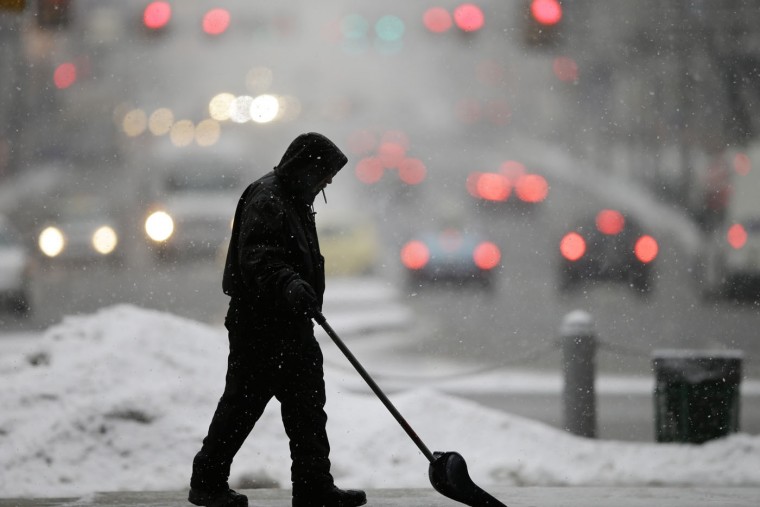 A workman clears snow Thursday, March 5, 2015, during a winter storm at City Hall in Philadelphia. The Philadelphia area was forecast to receive 5 to 8 inches of snow through Thursday, with lesser amounts to the north and more to the south. (AP Photo/Matt Rourke)