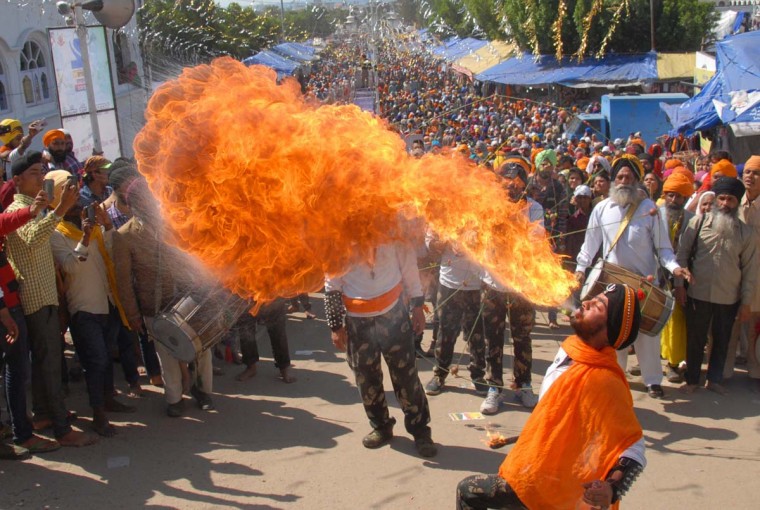 An Indian Sikh performs fire-breathing March 6 during a religious procession to mark Hola Mohalla at the Guru Dwara Sri Kesgarh Sahib temple. The temple sits at Sri Anandpur Sahib, some 100 kms from Jalandhar. Hola Mahalla is a Sikh festival which begins on the first day of the lunar month of Chett and is celebrated with various displays of fighting prowess and bravery, followed by kirtan, music, and poetry. || CREDIT: SHAMMI MEHRA – AFP/GETTY IMAGES 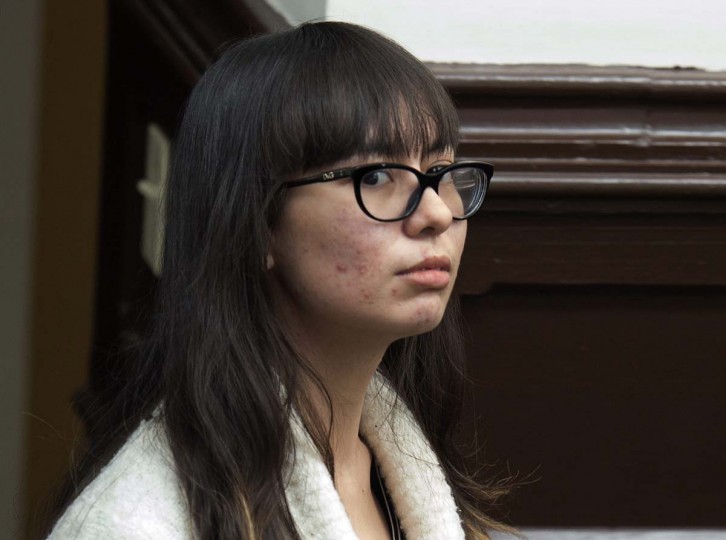 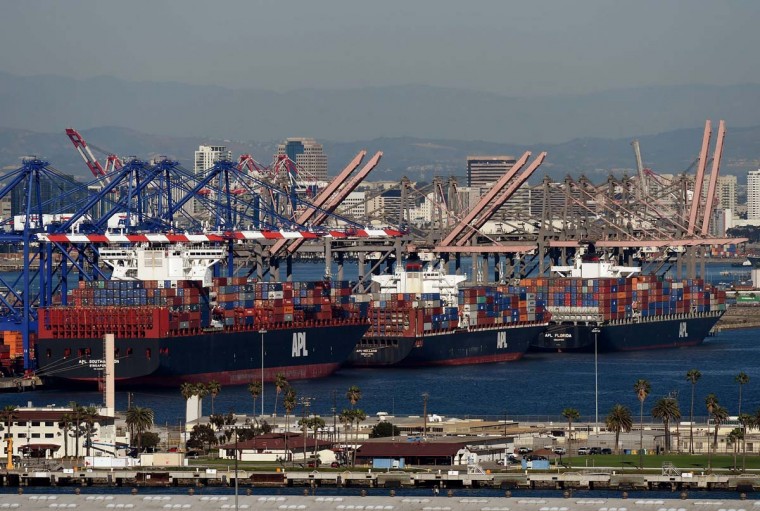 This February 13, 2015 file photo shows ships as they wait to be unloaded at the Port of Los Angeles in Long Beach, California. The US trade deficit fell to $41.8 billion in January as imports declined more than exports, the Commerce Department said March 6, 2015. The trade gap narrowed from a downwardly revised December reading of $45.6 billion, previously estimated at $46.6 billion. The January number was slightly less than analysts expected. || CREDIT: MARK RALSTON – AFP/GETTY IMAGES 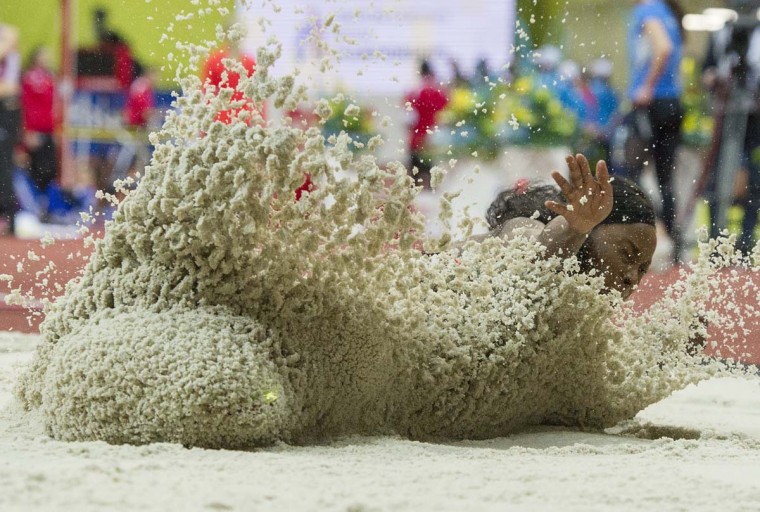 Germany’s Sosthene Taroum Moguenara competes during the qualification round of the women’s long jump at the European Athletics Indoor Championships on March 6, 2015 in Prague. || CREDIT: JOE KLAMAR – AFP/GETTY IMAGES 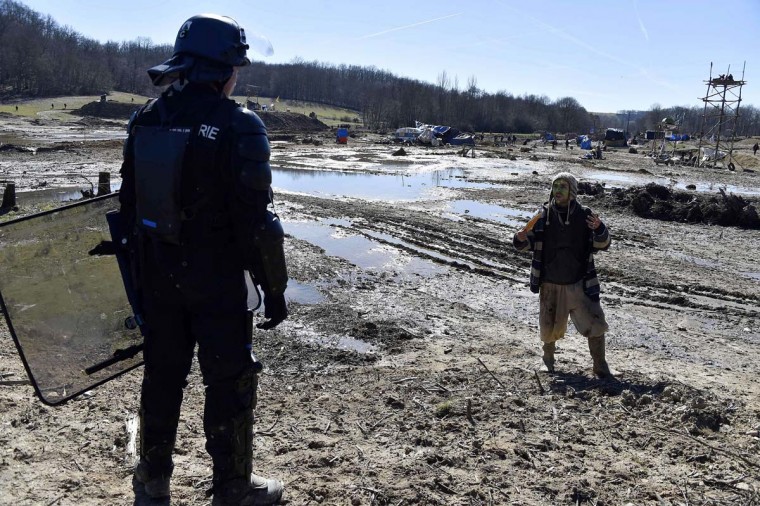 A member of a special unit of the French gendarmerie speaks to an environmental activist before evacuating protesters who had been occupying the “zone to defend” (ZAD) area near the site of a dam project in the Sivens forest on March 6, 2015. French police moved to clear a protest camp at the site of the controversial dam project following a decision by the Tarn regional council to replace the original planned reservoir with a smaller one. Anti-dam activists say the project poses a huge environmental threat to the Sivens wetland. || CREDIT: PASCAL PAVANI – AFP/GETTY IMAGES 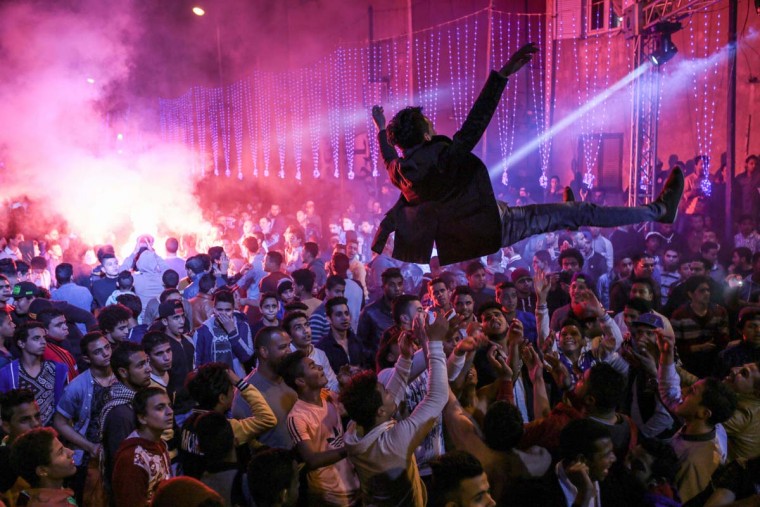 In this Thursday, March 5, 2015 photo, youth dance at a local wedding in Salam City, a suburb on the outskirts of Cairo. Since the 2011 uprising, the music of “Mahraganat,” Arabic for “festivals,” has emerged from and spread through impoverished communities, where local musicians play, especially during weddings, their auto-tuned beats and songs that tackle social, political and cultural issues. || CREDIT: MOSA’AB ELSHAMY – AP PHOTO 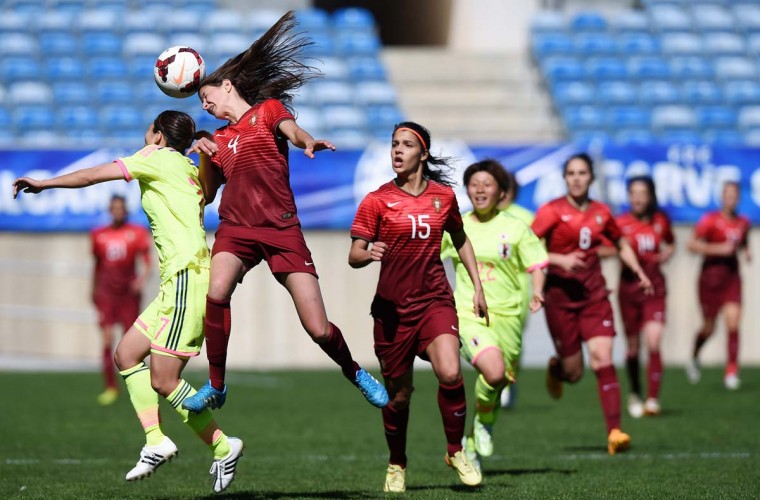 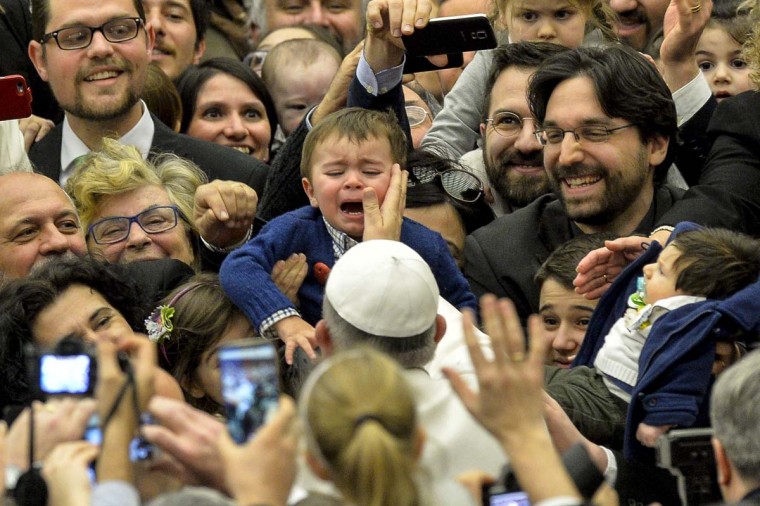 Pope Francis strokes a child as he arrives for a meeting in Aula Paolo VI at the Vatican, on March 6, 2015 . || CREDIT: ANDREAS SOLARO – AFP/GETTY IMAGES 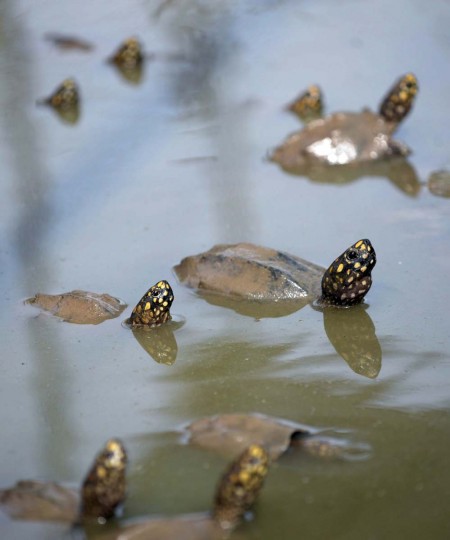 In this photograph taken on September 11, 2014, black spotted turtles swim in a pool at a quarantine centre in the southern Pakistani city of Sukkur. Pakistani authorities are investigating after nearly two tonnes of freshwater turtle meat — a record haul taken from more than 4,000 animals — was seized from smugglers at Karachi port, officials said on March 6, 2015. || CREDIT: RIZWAN TABASSUM – AFP/GETTY IMAGES 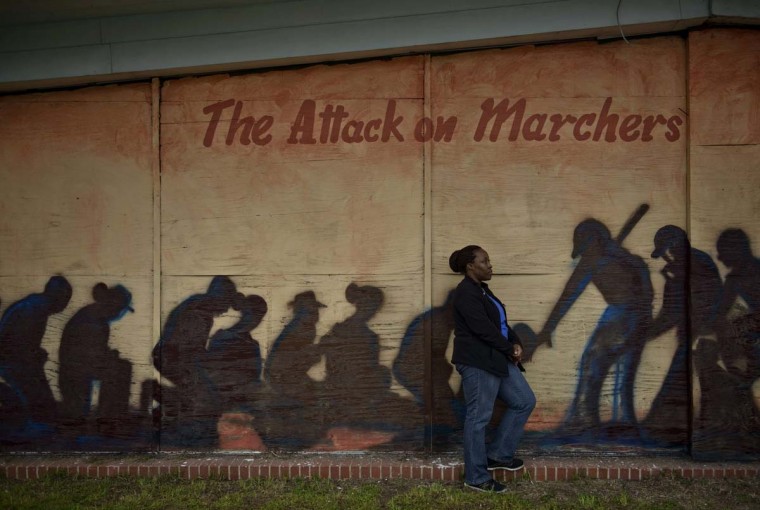 Letasha Irby, a worker who still sees challenges and inequality in the present day US, poses for a portrait on March 5, 2015 in Selma, Alabama. Saturday will mark the 50th anniversary of Bloody Sunday where civil rights marchers attempting to walk to the Alabama capitol in Montgomery for voters’ rights clashed with police on the Edmund Pettus Bridge. || CREDIT: BRENDAN SMIALOWSKI – AFP/GETTY IMAGES 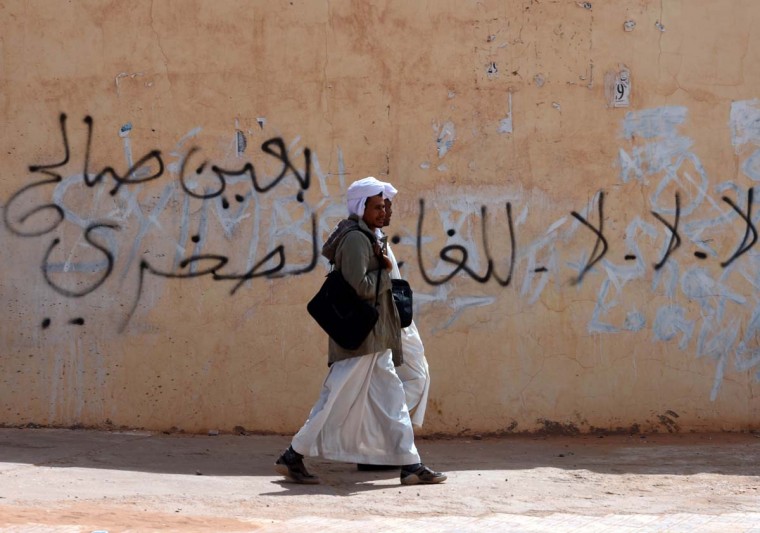 Algerians walk past a wall on which a graffiti reads in Arabic “no to hydraulic fracturing ” on March 5, 2015 during a protest at Somoud Square in the Sahara desert village of In-Salah, south Algeria, against the exploration of shale gas. Anti-shale gas demonstrations have increased in the cities of the Algerian Sahara since late December, when Algerian oil company Sonatrach announced it had successfully completed its first pilot drilling in the In-Salah region. Sonatrach announced in early February that its exploratory drilling for shale gas using hydraulic fracturing would continue despite mounting hostility among people living nearby. || CREDIT: FAROUK BATICHE – AFP/GETTY IMAGES 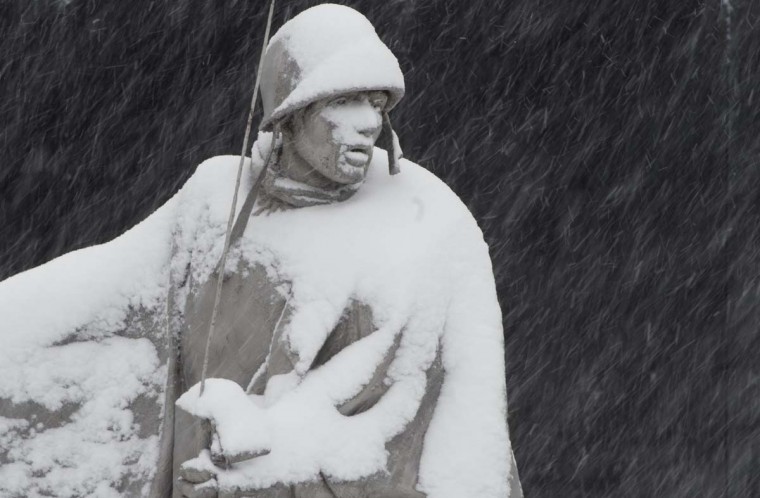 Korean War Veterans Memorial is covered in snow on the National Mall during a heavy snow storm in Washington, DC, March 5, 2015. A major winter storm slammed parts of the United States Thursday, as thousands of flights were canceled and government offices shut down in anticipation of more than half a foot of snow in the nation’s capital. || CREDIT: SAUL LOEB – AFP/GETTY IMAGES 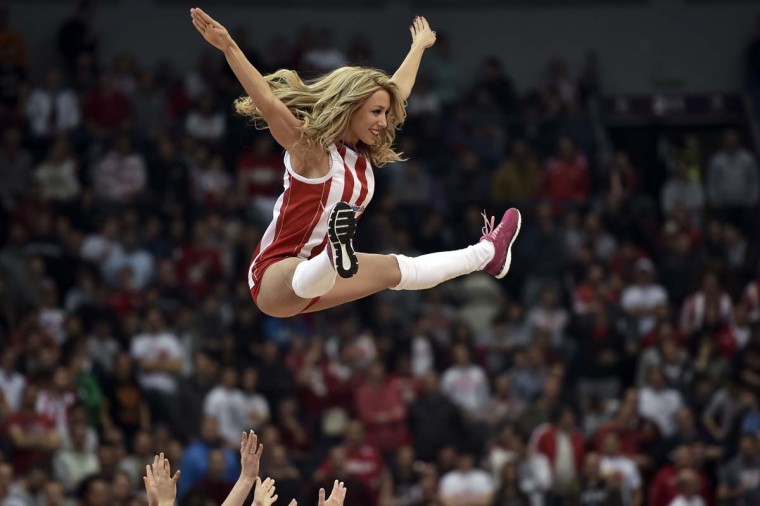 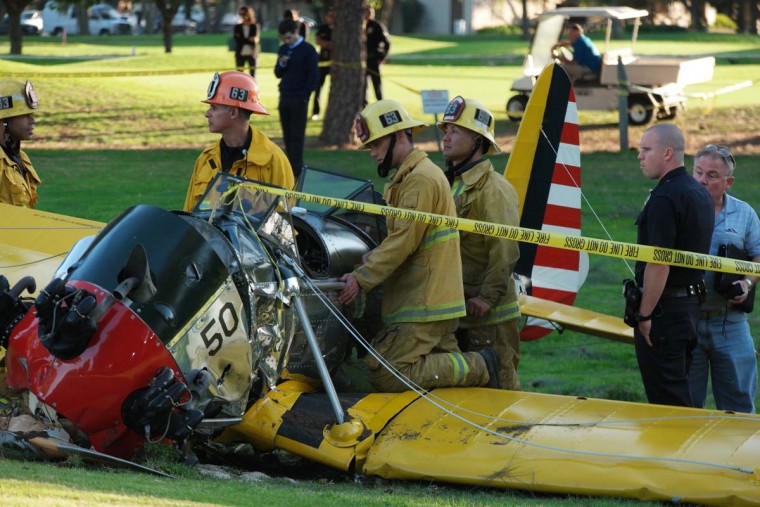 Firefighters inspect the cockpit of a plane that crashed on a golf course in Venice, reportedly piloted by US actor Harrison Ford on March 5, 2015 in Venice, California. Hollywood star Harrison Ford was injured March 5, 2015 when the small plane he was flying suffered engine failure and crash-landed on a golf course outside Los Angeles, officials said. The 72-year-old “Indiana Jones” and “Star Wars” actor suffered multiple gashes to his head and was left bleeding after the crash of the vintage two-seater plane, according to the TMZ celebrity website, publishing a picture of the downed aircraft, its nose cone ripped open. || CREDIT: JONATHAN ALCORN – AFP/GETTY IMAGES 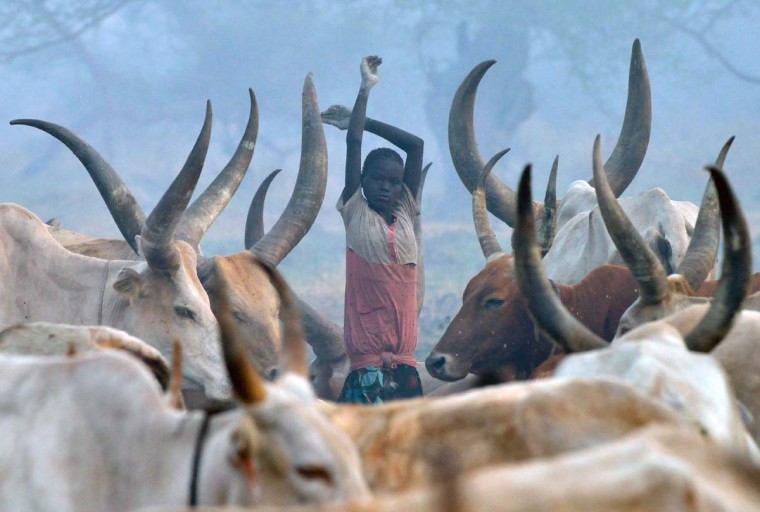 A young girl stands among head of cattle at a traditional smoky cattle camp at dawn at the town of Nyal, an administrative hub in Unity state, South Sudan on February 25, 2015. Cattle are traditionally a source of enemity between the main tribes of Dinka and Nuer who for generations have raided each other’s lands, fought and killed for possession due to the respect and prestige owning numerous head of cattle is perceived to carry. || CREDIT: TONY KARUMBA – AFP/GETTY IMAGES 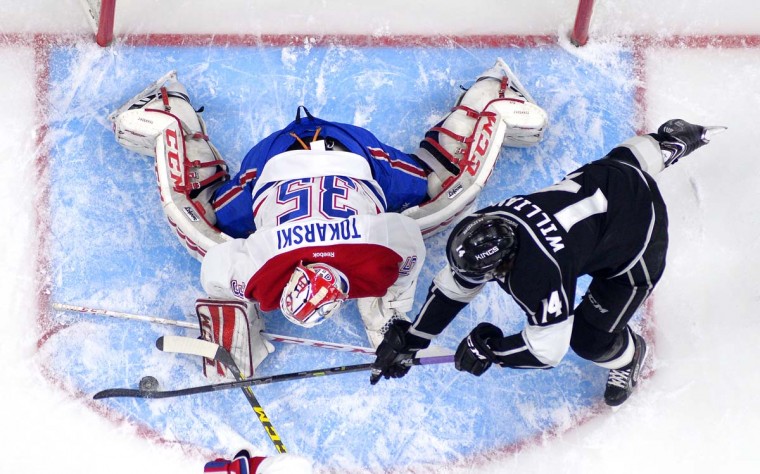 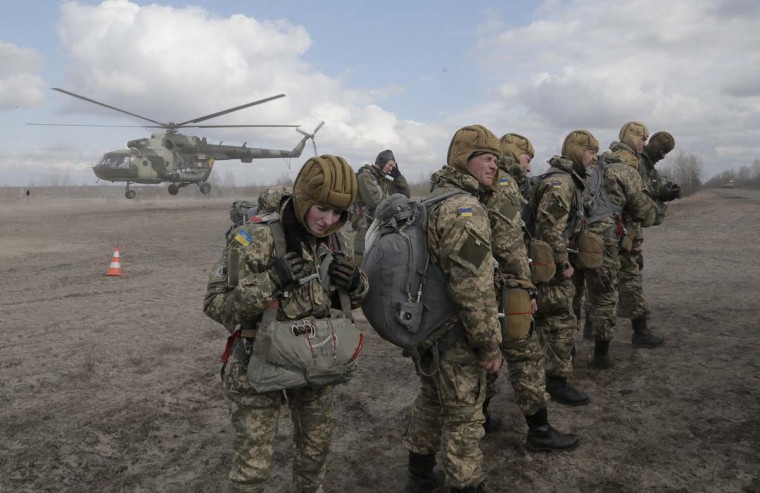 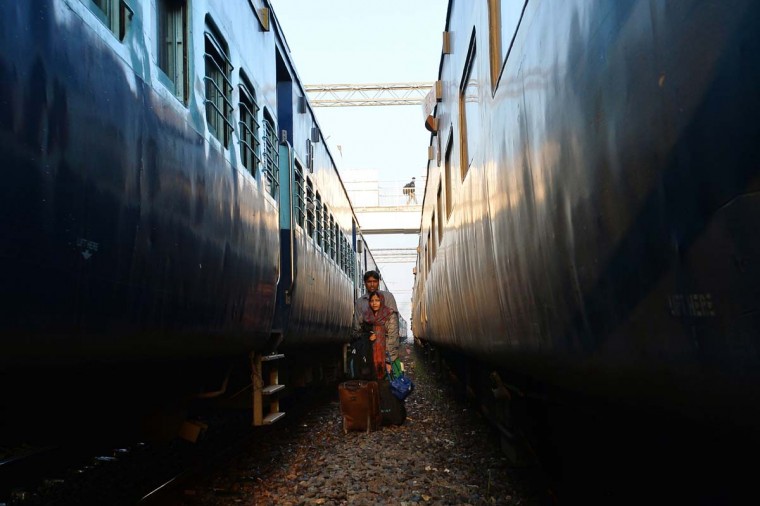 An Indian married couple stand with their luggage in a gap between moving trains as they wait to cross the railway tracks during a visit to their hometown for festival holidays in Allahabad on March 6, 2015. Holi, the festival of colours is observed across India and people travel to their native homes to celebrate with their families. Every year, trains are jam-packed during festival and holiday seasons and to tackle this problem, Indian Railways has come up with special trains as they aim to meet the peak demand for travel during the Holi Festival. || CREDIT: CHANDAN KHANNA – AFP/GETTY IMAGES