Petitioning for pistols in Texas, complaints over compensation in Italy, a spectacle on stilts in Brazil | Feb. 13 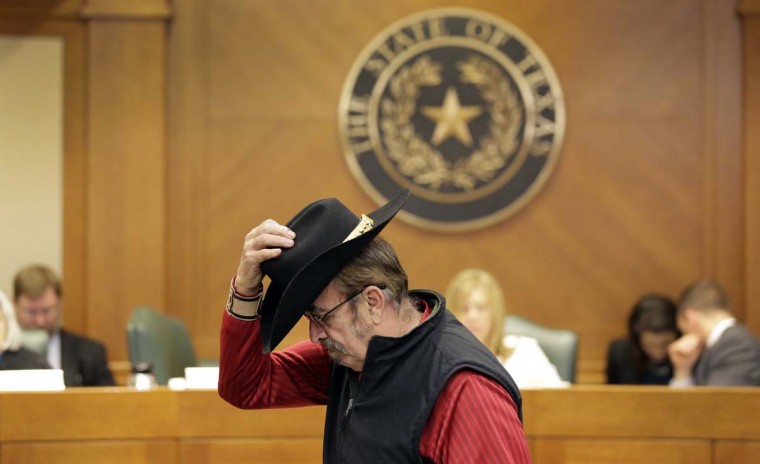 Jerry Williams replaces his hat after giving testimony at a hearing where lawmakers discuss whether to legalize concealed handguns on college campuses and open carry everywhere, Thursday, Feb. 12, 2015, in Austin, Texas. More than 100 people waited under heightened security at the Capitol to testify on looser firearm laws that Republicans have prioritized under new Gov. Greg Abbott. || CREDIT: ERIC GAY – AP PHOTO 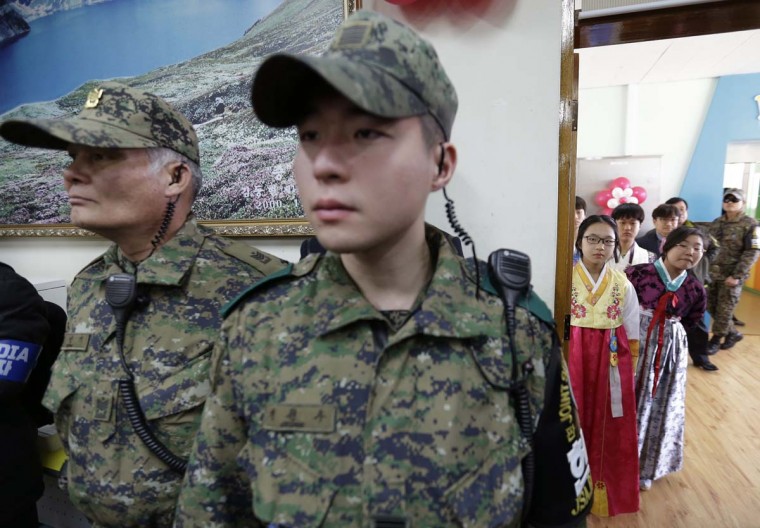 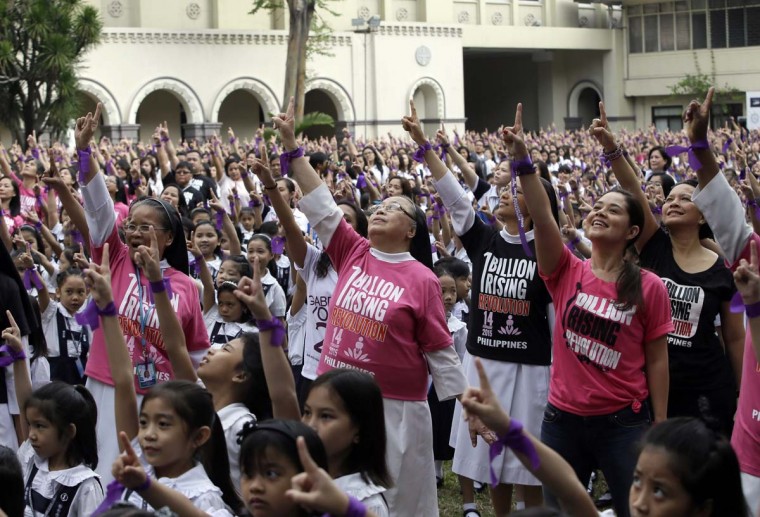 With purple ribbons on their wrists, more than 3,000 students, teachers and nuns from the Catholic-run St. Scholastica’s College in Manila, flash the No.1 sign as they dance at their quadrangle to take part in the global campaign to end violence against women and girls dubbed One Billion Rising, Friday, Feb. 13, 2015 in Manila, Philippines. || CREDIT: BULLIT MARQUEZ – AP PHOTO 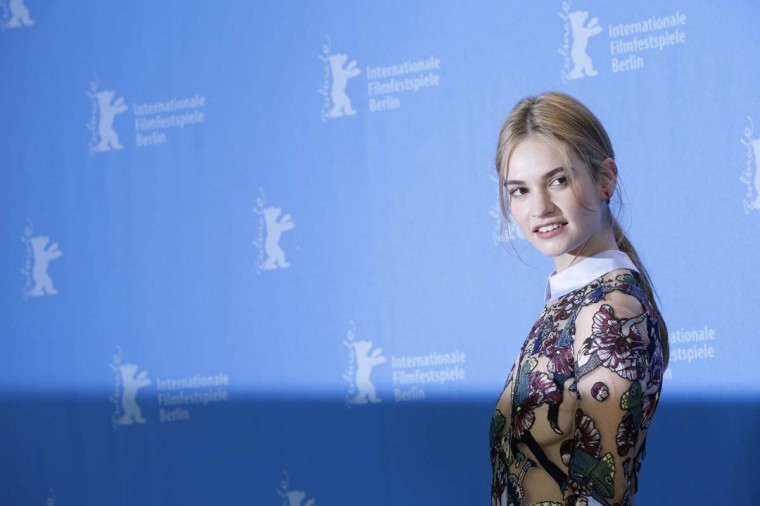 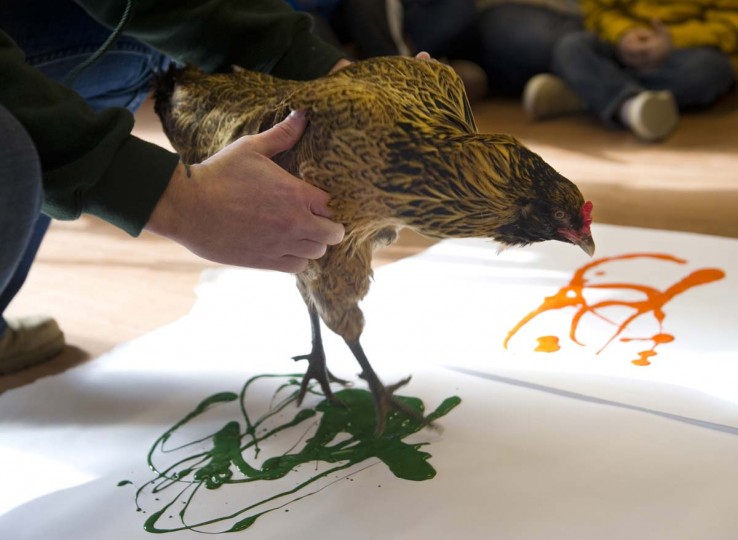 Ollie the Chicken is lowered onto her white paper canvas by Erin Gray, program animal curator at Wesselman Woods Nature Preserve in Evansville, Ind., so she can make another of her paint creations Thursday morning, Feb. 12, 2015. || CREDIT: THE EVANSVILLE COURIER & PRESS, DENNY SIMMONS – AP PHOTO 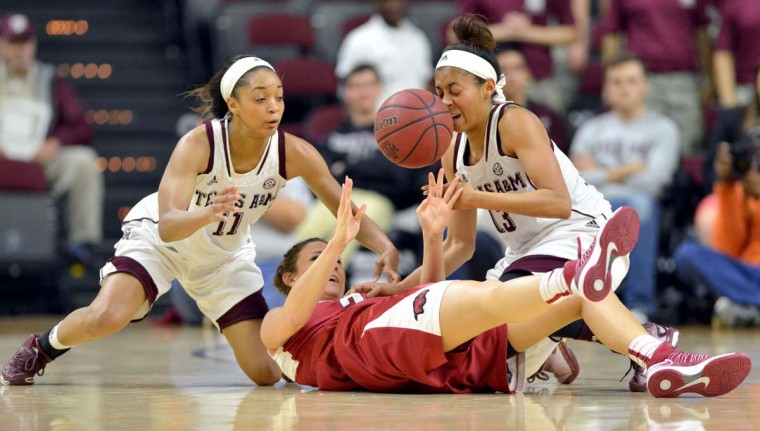 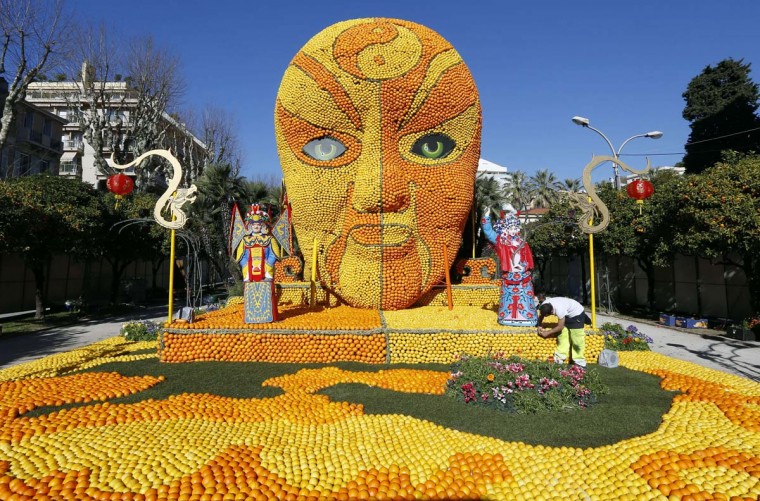 A man works on a sculpture, made of oranges and lemons on February 12, 2015 in Menton on the French Riviera, ahead of the start of the “Fete du Citron” (Lemon Festival). The theme of this 82nd edition, running from February 14 until March 4, 2015, is called ‘the tribulations of a lemon in China’. || CREDIT: VALERY HACHE – AFP/GETTY IMAGES 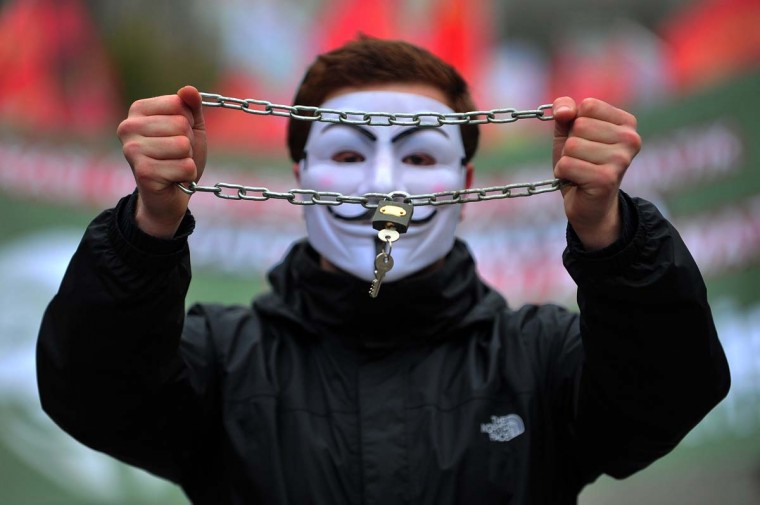 A high school student wears a Guy Fawkes mask and holds a locked chain during a demostration in Istanbul on February 13, 2015. A boycott of schools was launched on Feb. 13 upon a call from the teachers union and a number of Alevi associations to protest the government’s recent education system implementations, including on compulsory religion classes. || CREDIT: OZAN KOSE – AFP/GETTY IMAGES 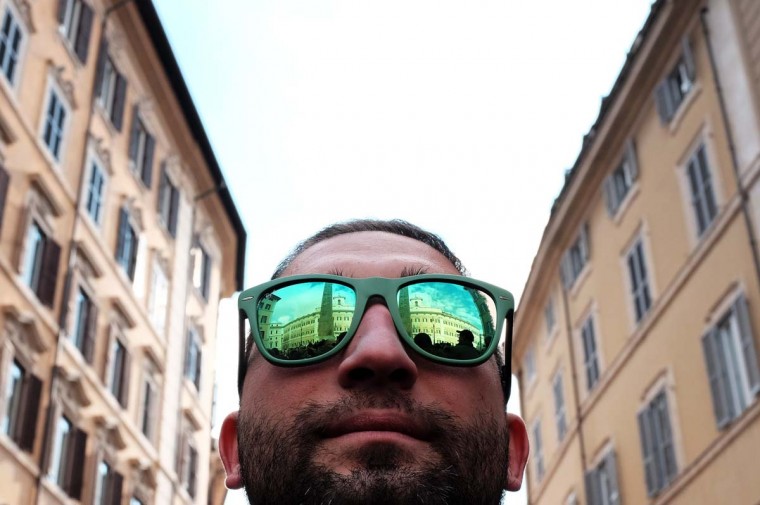 A worker at one of the large number of small companies which supply Italy’s Ilva steel plant protests, demanding unpaid wages from the company, in front of the parliament in Rome, on February 13, 2015. Ilva steel plant in Taranto in the Puglia region of southern Italy — one of the most polluting in Europe — employs over 14,000 people. || CREDIT: ALBERTO PIZZOLI – AFP/GETTY IMAGES 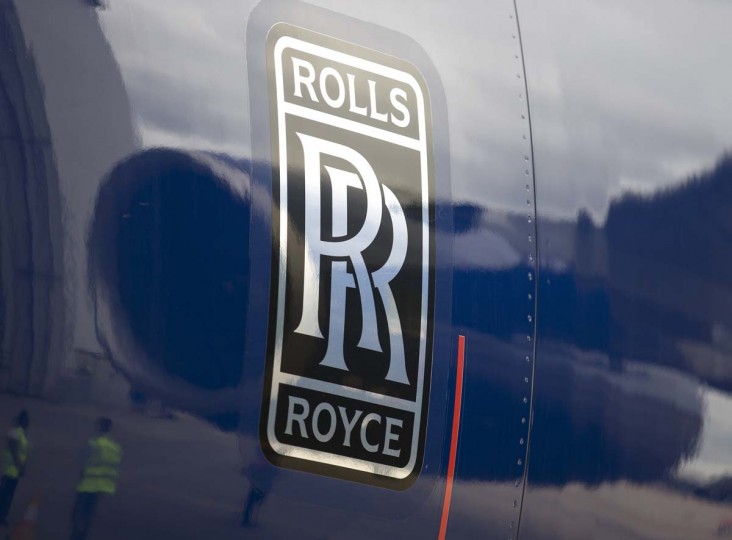 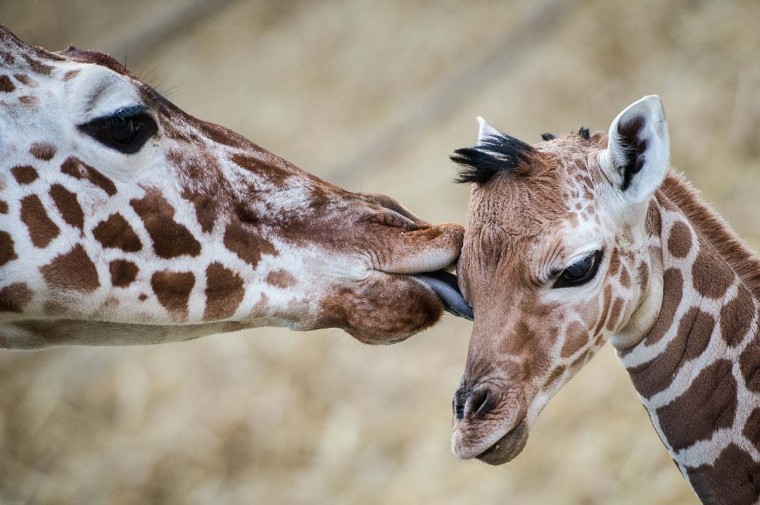 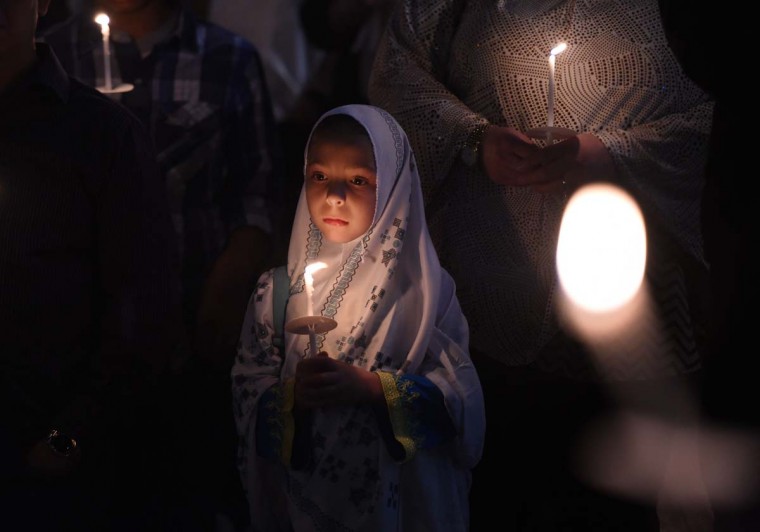 A young Muslim girl holds a candlelight during a vigil at the Islamic Center of Southern California in Los Angeles on February 12, 2015 for the three Muslim students who were fatally shot in North Carolina. The families of three Muslim students shot dead by a white neighbor have reiterated calls for the killings to be treated as a hate crime. || CREDIT: MARK RALSTON – AFP/GETTY IMAGES 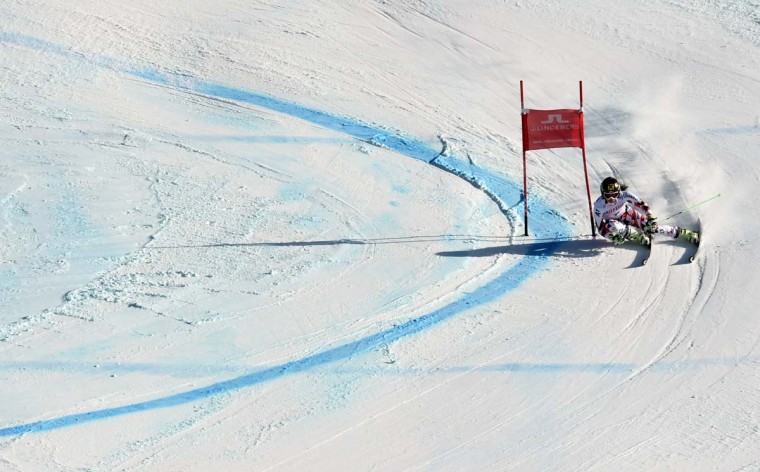 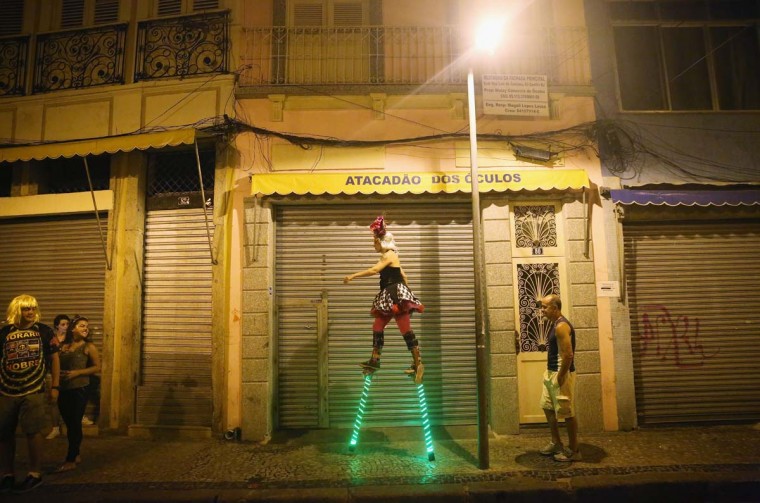 A stilt-walker strides towards revelers during the My Light is LED ‘bloco’ pre-Carnival street parade on February 12, 2015 in Rio de Janeiro, Brazil. Carnival runs this year February 13-17. ||Photo by Mario Tama/Getty Images 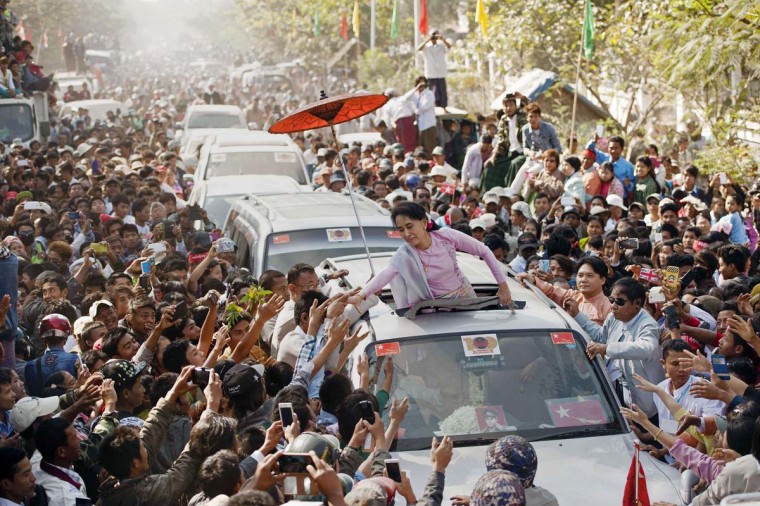 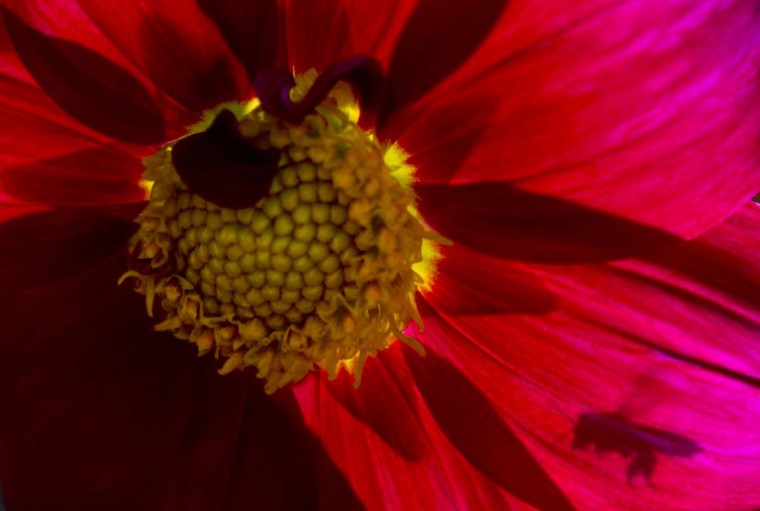 A bee is silhouetted as it approaches a flower at the Mughal Gardens surrounding the Indian Presidential palace during a press preview in New Delhi, India, Friday, Feb. 13, 2015. The garden will be open to public till March 15. || CREDIT: SAURABH DAS – AP PHOTO 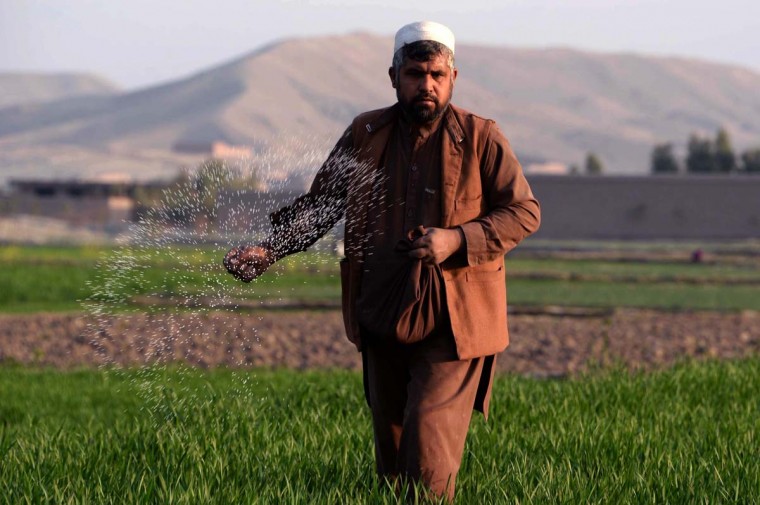 In this photograph taken on February 12, 2015, an Afghan farmer scatters fertilizer on his crops on the outskirts of Jalalabad in Nangarhar province. The four-star general in charge of U.S. forces in the country testafied before senators on Thursday, discussing plans to remove troops.|| CREDIT: NOORULLAH SHIRZADA – AFP/GETTY IMAGES 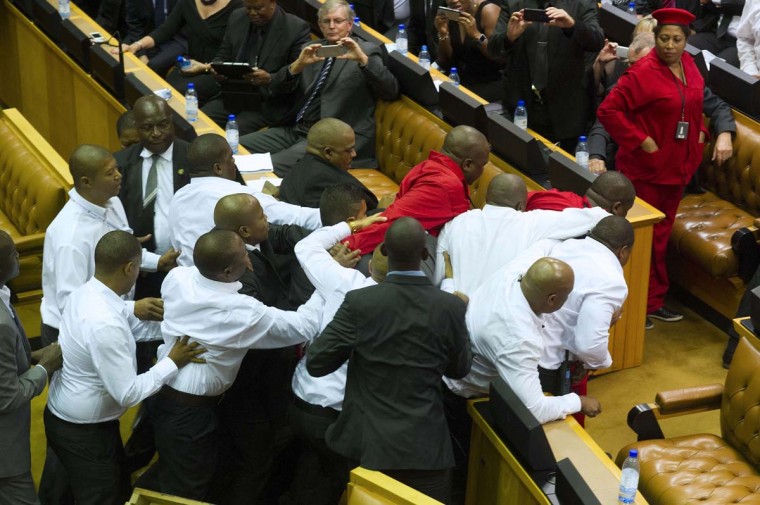 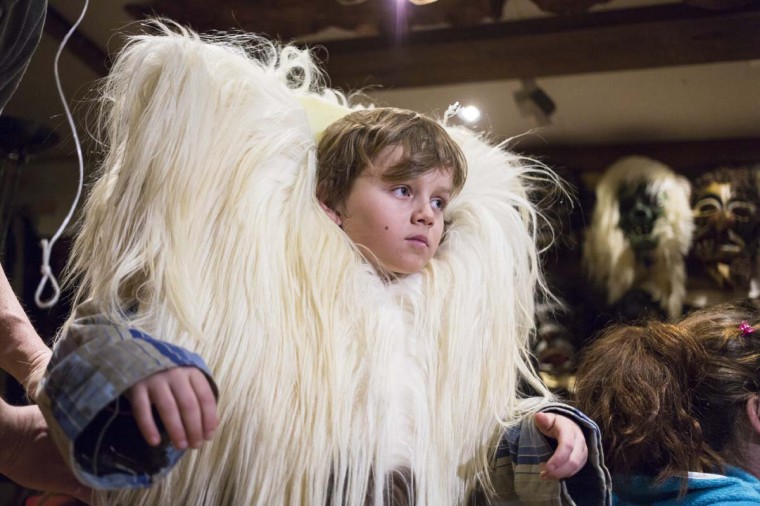 A “Tschaeggaettae”, a masked participant of the traditional carnival cortege, is dressed up in the atelier of the wood carver Heinrich Rieder in the village of Blatten in the Loetschental valley, southwestern part of Switzerland, late Thursday, Feb 12, 2015. During this sinister carnival, about one hundred Tschaeggaettae wearing huge wooden masks and animal furs crowd the streets of the villages to scare the people in the Loetschental. || CREDIT: KEYSTONE, DOMINIC STEINMANN – AP PHOTO 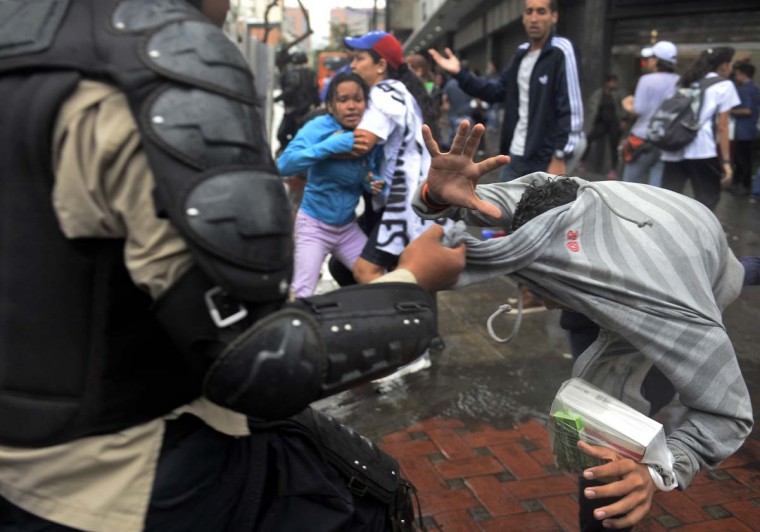 An opponents to Venezuelan President Nicolas Maduro is arrested during a protest in Caracas, Venezuela on February 12, 2015. Opposition students marched Thursday in Caracas and other Venezuelan cities. || CREDIT: FEDERICO PARRA – AFP/GETTY IMAGES 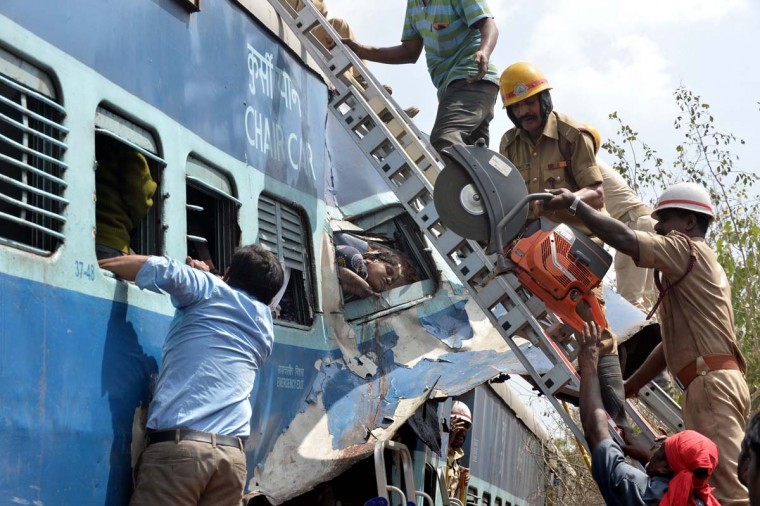 Crowds watch as Indian fire force personnel attempt to retrieve the bodies of victims from the Bangalore-Ernakulam train which derailed after a boulder fell on the track in Bidaragere, about 50 kms from Bangalore on February 13, 201. At least five passengers were killed and more than 60 injured, according to local Press Trust of India (PTI) when the Bangalore-Ernakulam Inter City Express derailed. || CREDIT: MANJUNATH KIRAN – AFP/GETTY IMAGES 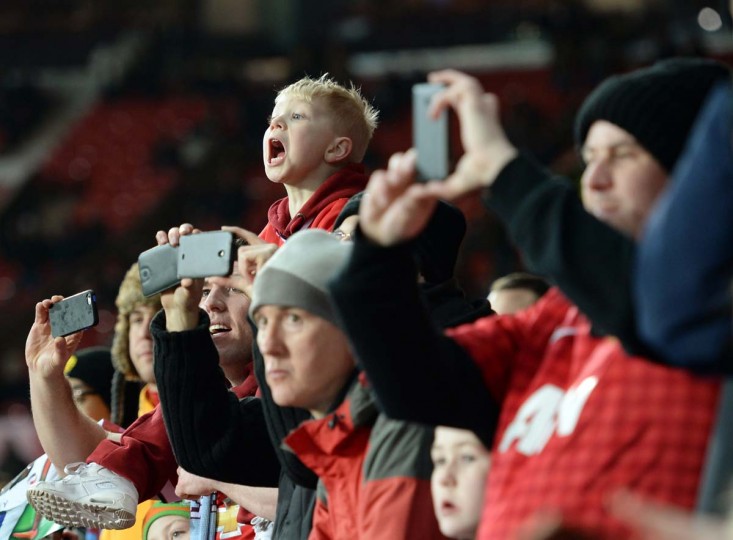 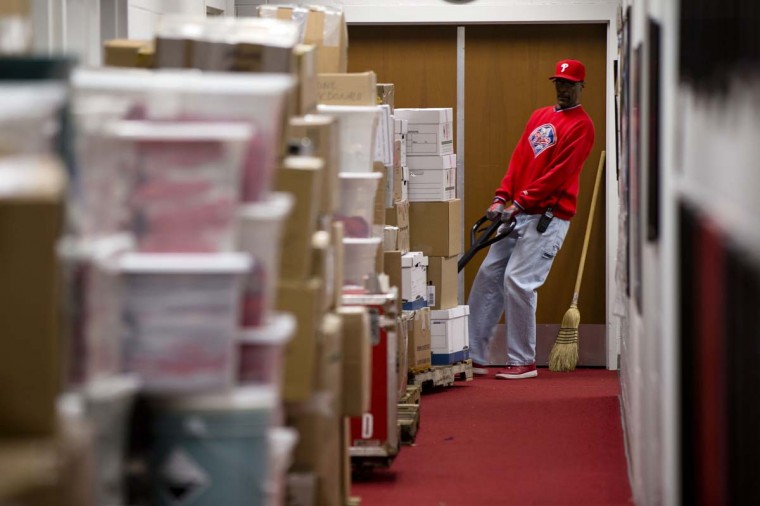 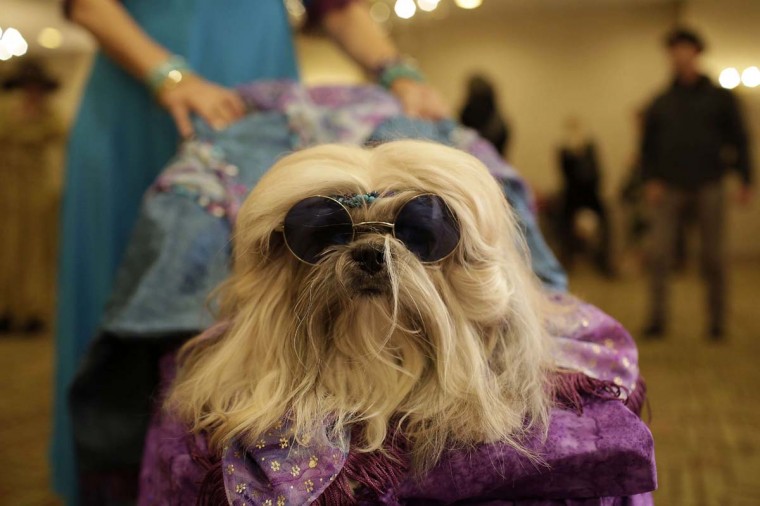 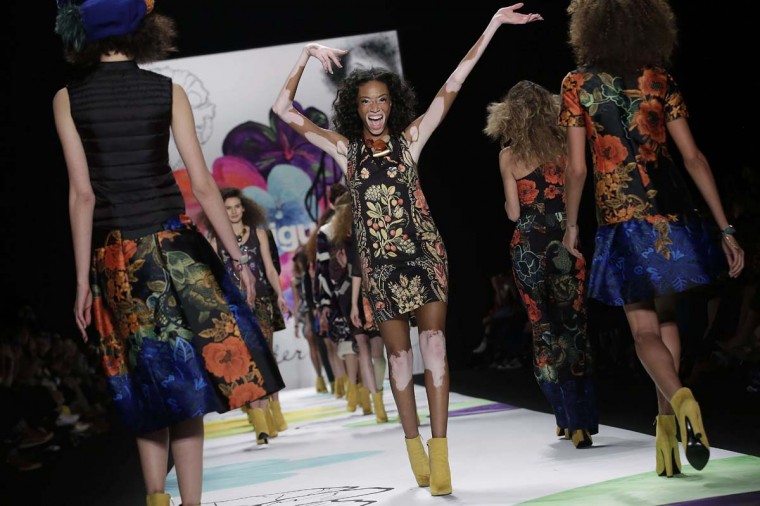