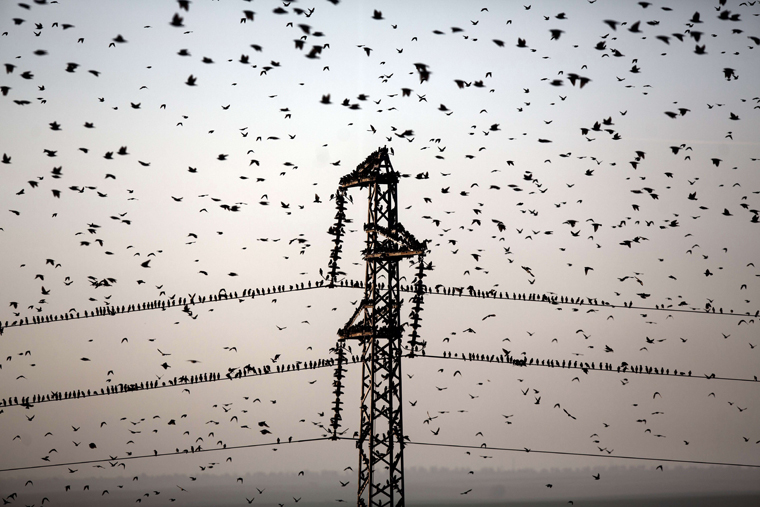 A flock of starlings is seen as they perform their traditional dance fly before landing to sleep during the sunset near the southern Arab Israeli city of Rahat, in the northern Israeli Negev desert, on Monday. (MENAHEM KAHANAMENAHEM KAHANA/AFP/Getty Images) 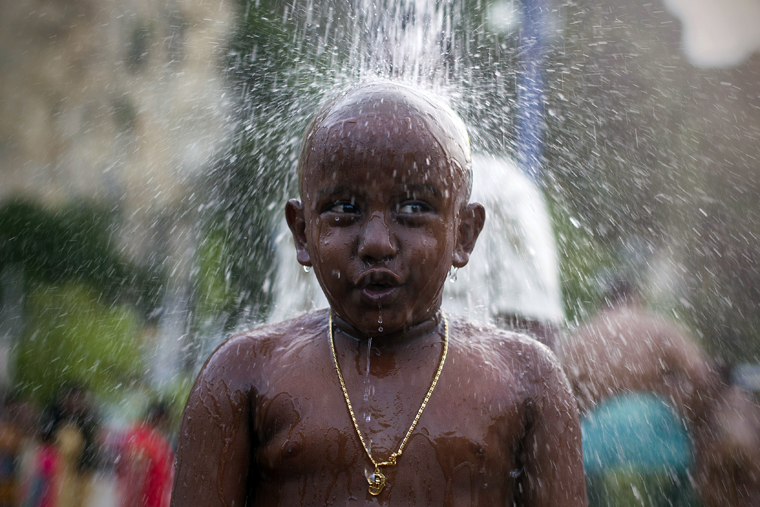 A Hindu devotee gets showered as part of a cleaning ritual before his pilgrimage during the Thaipusam festival in Kuala Lumpur, Malaysia, on Tuesday. Thaipusam, which is celebrated in honor of Hindu god Lord Murugan, is an annual procession by Hindu devotees seeking blessings, fulfilling vows and offering thanks. (Joshua Paul/AP) 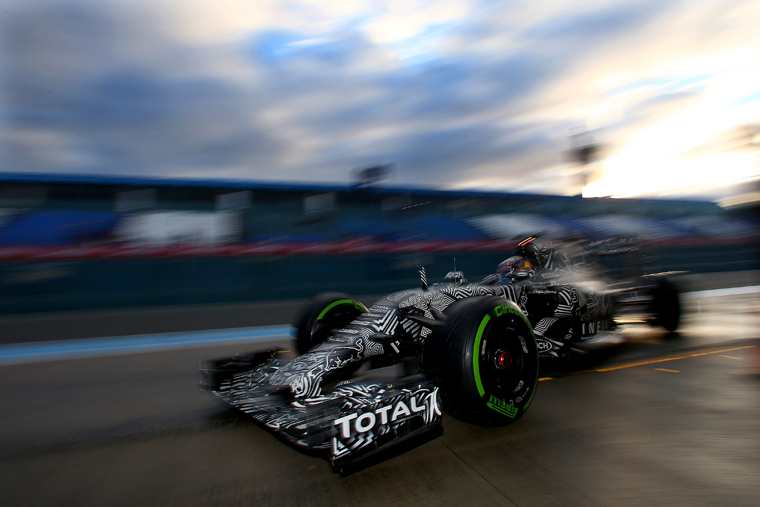 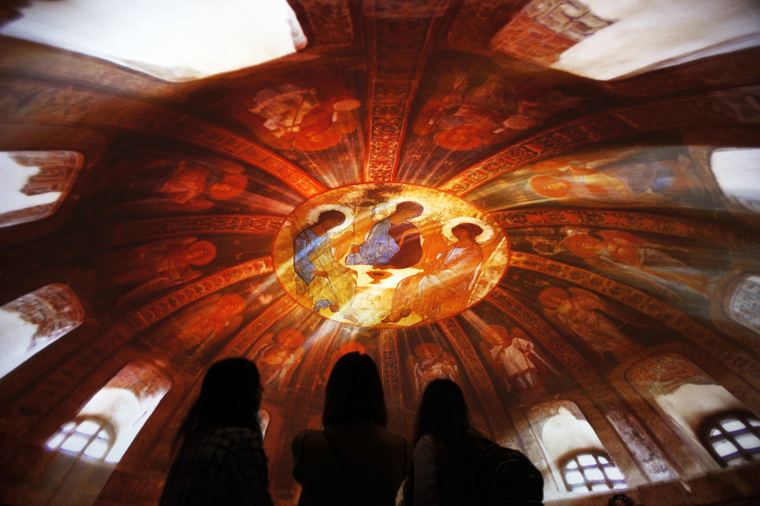 Visitors look at the ceiling covered by a screen for the interactive exhibition “My Story. Rurikoviches” in St. Petersburg, on Tuesday. The exhibition is devoted to the 700-year of the reign of the Romanov dynasty. (OLGA MALTSEVAOLGA MALTSEVA/AFP/Getty Images) 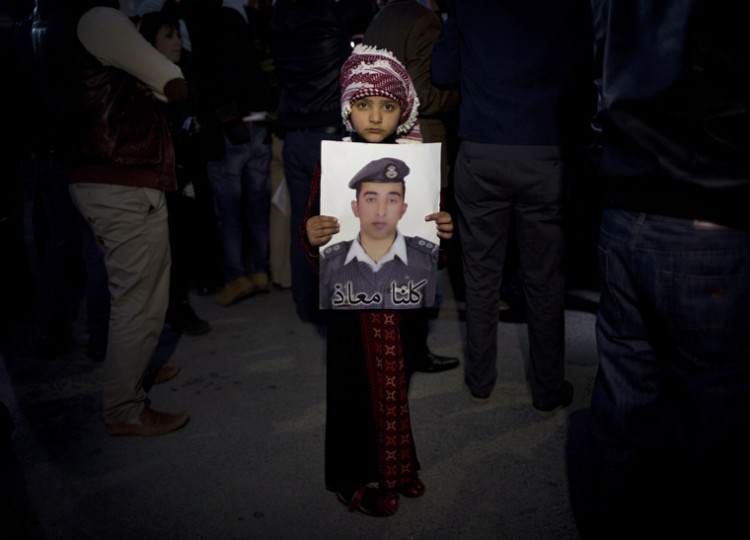 In this photo from Monday, a Jordanian child holds a poster with a picture of Jordanian pilot Lt. Muath al-Kaseasbeh, who was held by the Islamic State group militants, with Arabic that reads, “we are all Muath,” during a candle vigil in support of Japan, in front of the Japanese embassy, in Amman, Jordan. An online video released Tuesday purportedly shows a Jordanian pilot captured by the Islamic State extremist group being burned to death. The Associated Press was not immediately able to confirm the authenticity of the video, which was released on militant websites and bore the logo of the extremist group’s al-Furqan media service. (Nasser Nasser/AP) 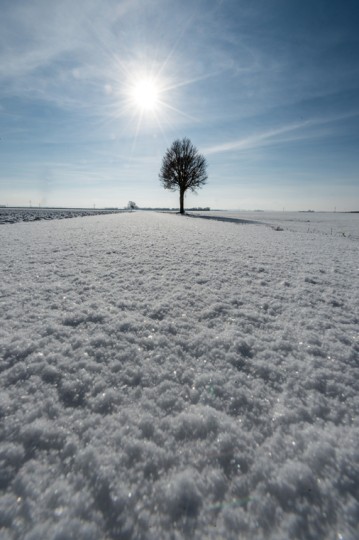 A tree in sunlight on a snow-covered field near the Bavarian town of Straubing, Germany, on Tuesday. (Armin Weigel/AP) 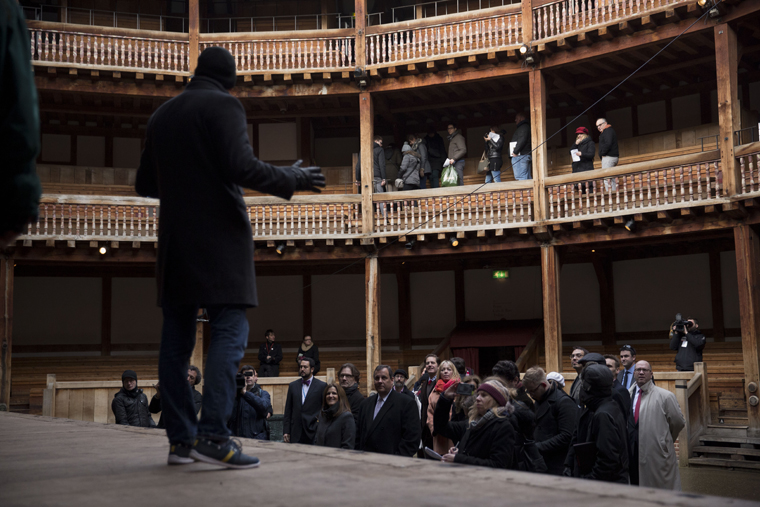 New Jersey Gov. Chris Christie and his wife Mary Pat watch a rehearsal during their visit to the Shakespeare’s Globe theatre in London on Tuesday. (Matt Dunham/AP) 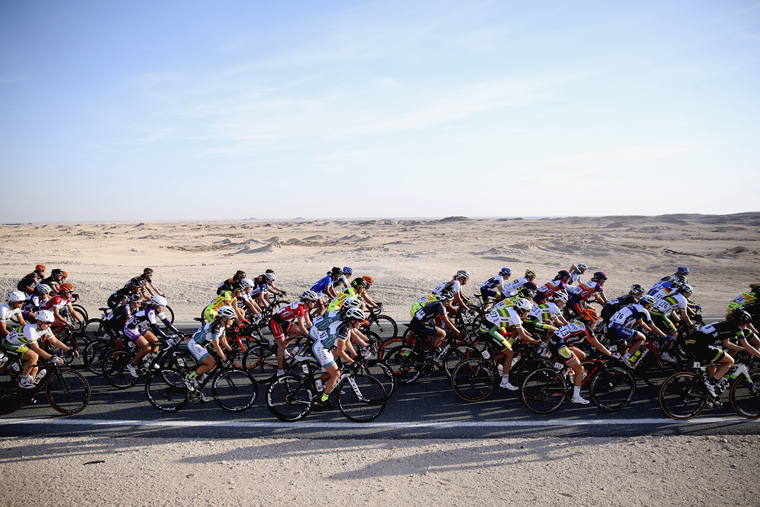 The peloton rides through Nasraniya during stage one of the 2015 Ladies Tour of Qatar from Museum of Islamic Art to Dukhan Beach on Tuesday in Doha, Qatar. (Francois Nel/Getty Images) 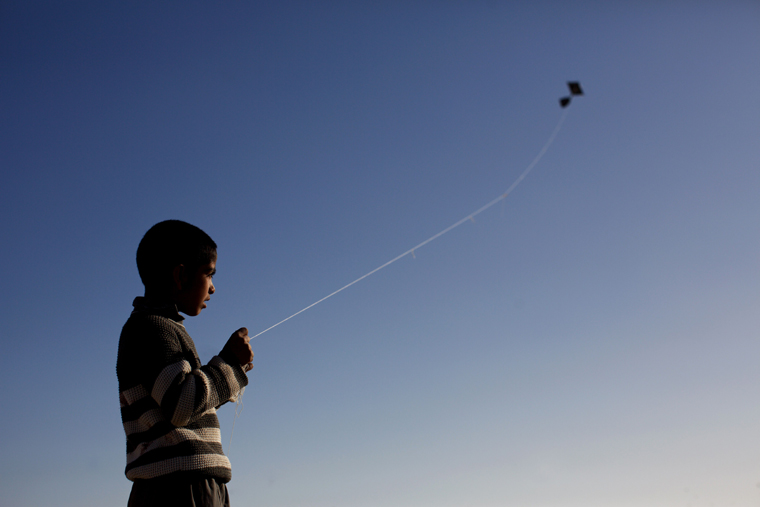 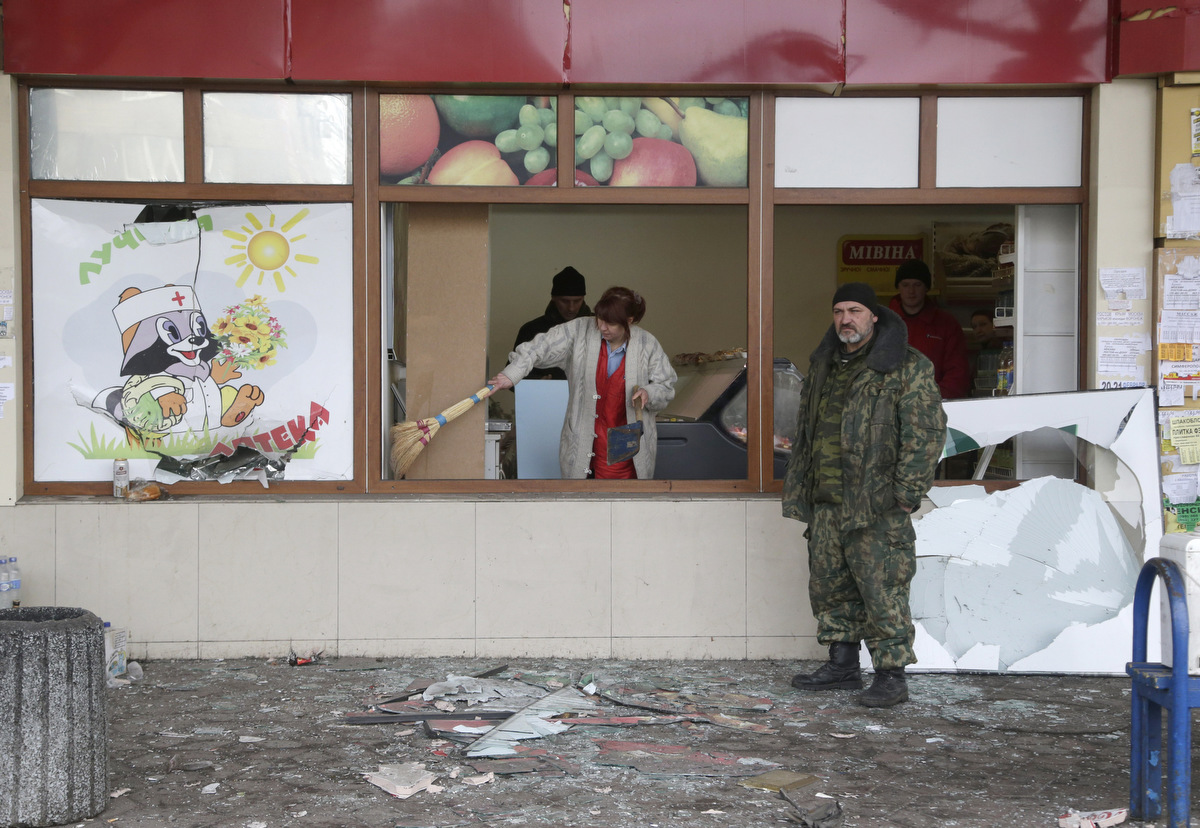 A woman wipes tears from her face while waiting on a bus to leave the town of Debaltseve, Ukraine, on Tuesday. Since the unrest in eastern Ukraine surged anew in early January, the separatists have made notable strides in clawing territory away from the government in Kiev. Their main offensive is now directed at Debaltseve  a government-held railway junction once populated by 25,000 people that lies between the rebel-held cities of Luhansk and Donetsk. Almost 2,000 residents have fled in the last few days alone. (Petr David Josek/AP) 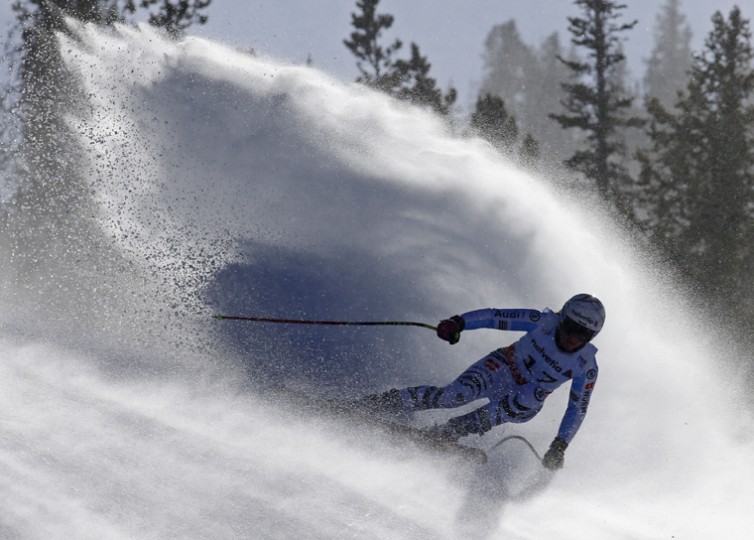 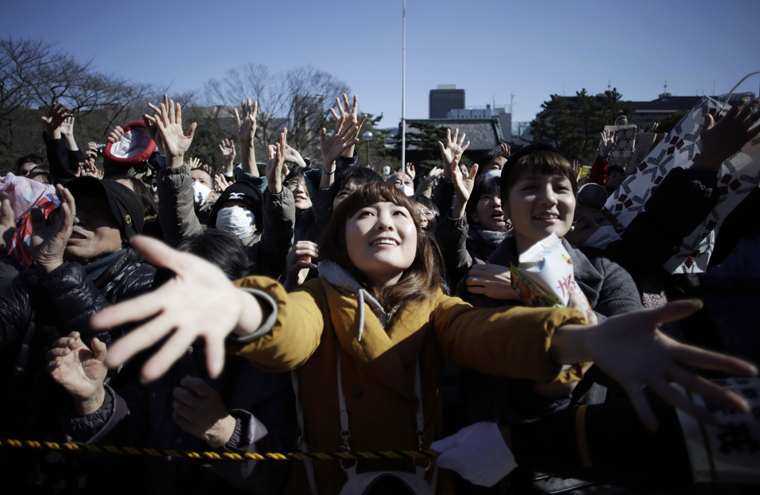 People try to catch lucky beans scattered by celebrities during “Mame-maki,” a bean throwing ceremony, at Zojyoji Buddhist temple in Tokyo, on Tuesday. The ritual, performed annually to mark the beginning of the spring in the lunar calendar, is believed to bring good luck and drive away evil. (Eugene Hoshiko/AP) 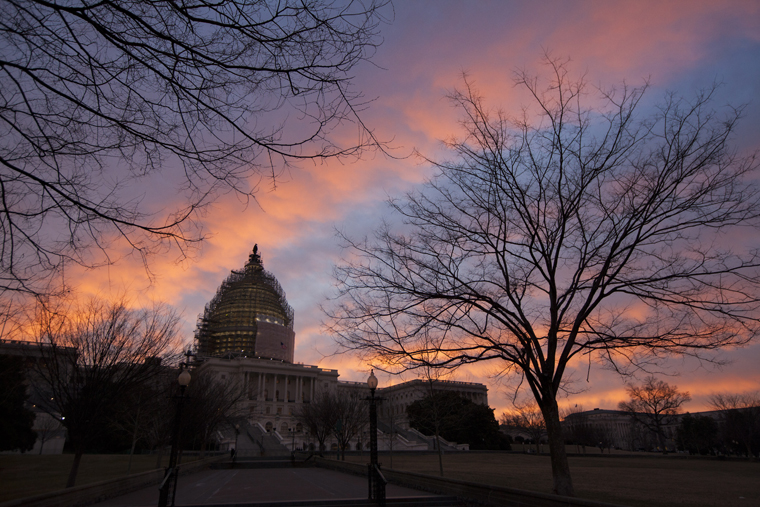 A palette of pinks and blues paint the morning sky behind the U.S. Capitol in Washington on Tuesday. (J. Scott Applewhite/AP)

DePaul University student Alaa Hejazi, from Riyadh, Saudi Arabia, shoots a selfie with her very first snowman on Monday in Chicago’s Millennium Park. The National Weather Service said that the 19.3 inches of snow in Chicago was the fifth highest snowfall total since records started being kept in the late 1800s. (Charles Rex Arbogast/AP)