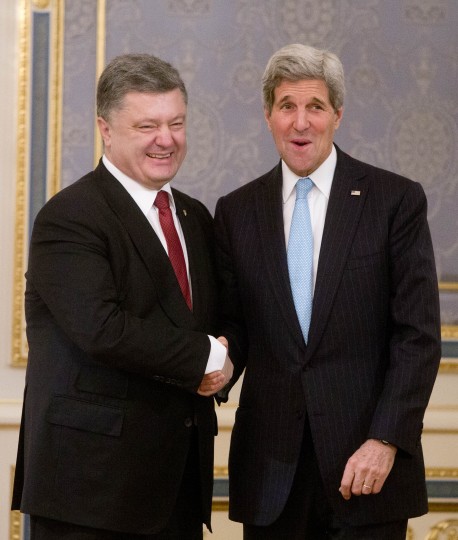 Ukrainian President Petro Poroshenko, left, shakes hands with U.S. Secretary of State John Kerry during a meeting in Kiev, Ukraine, Thursday, Feb. 5, 2015. The Ukrainian government is anxious to use Thursday’s visit by U.S. Secretary of State John Kerry to Kiev to reiterate its plea for lethal aid. President Barack Obama has opposed the idea of sending weapons to Ukraine but sources in his administration say this position could change in the light of recent events. (AP Photo/Efrem Lukatsky) 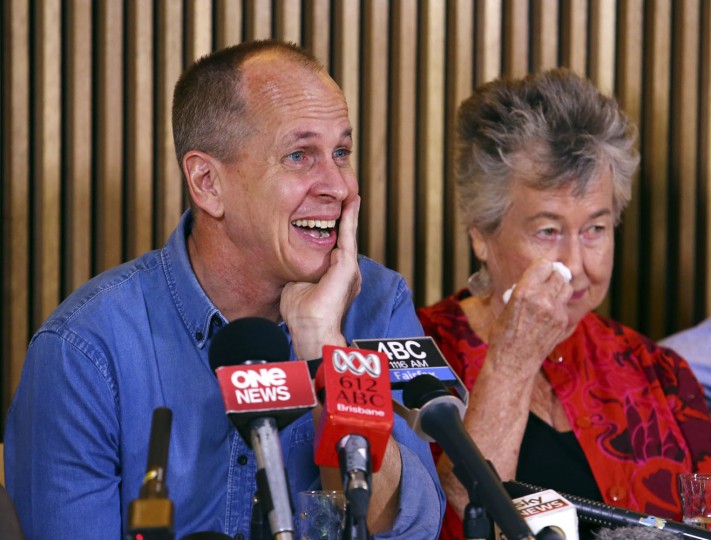 Australian journalist Peter Greste, left, and his mother Lois attend a press conference in Brisbane, Australia, Thursday, Feb. 5, 2015. The Al-Jazeera reporter who spent more than a year in an Egyptian prison returned home to Australia on Thursday, where he was greeted by friends and relieved family members who had tirelessly campaigned for his release. (AP Photo/Tertius Pickard) 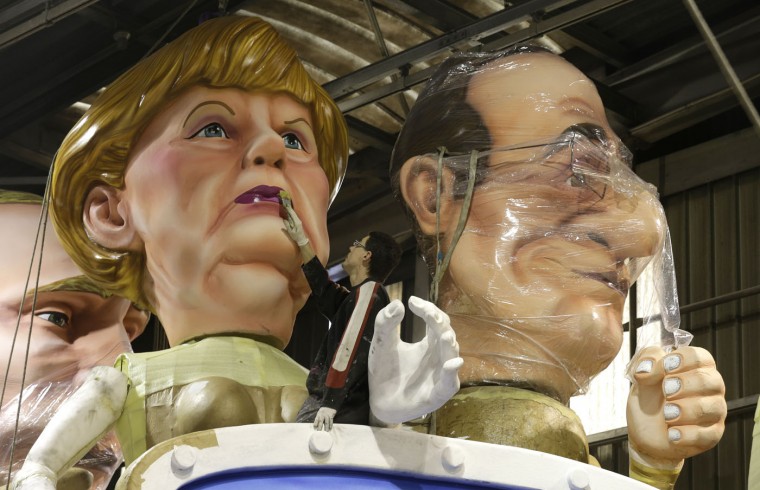 A Bangladeshi man sits beside his son Rakib, 12, a victim of a firebombing, at a hospital in Dhaka, Bangladesh, Thursday, Feb. 5, 2015. Local newspapers reported that at least 5 people were injured in the attack Wednesday night on the outskirts of the capital Dhaka. (AP Photo/A.M. Ahad) 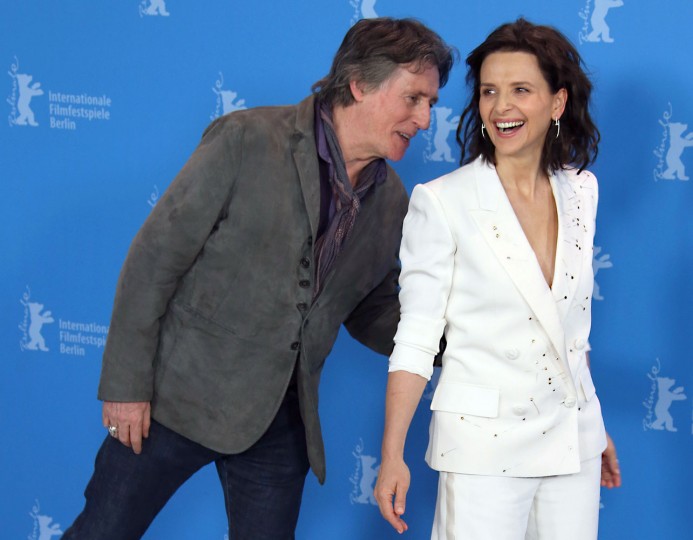 Irish actor Gabriel Byrne speaks with French actress Juliette Binoche as they pose for photographers at the photo call for the film Nobody Wants The Night during the 2015 Berlinale Film Festival in Berlin Thursday, Feb. 5, 2015. (Photo by Joel Ryan/Invision/AP) 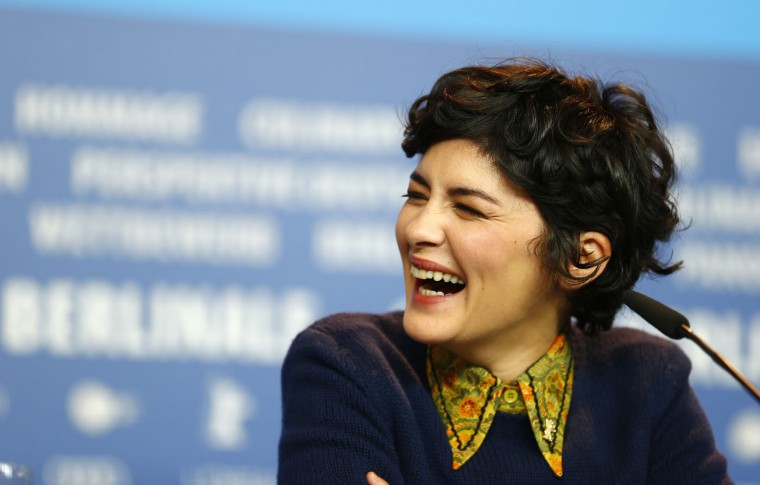 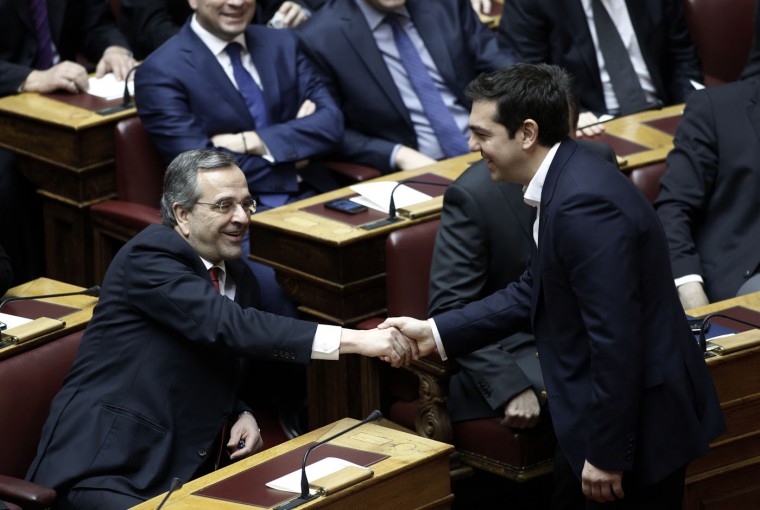 Greece’s Prime Minister Alexis Tsipras, right, shakes hands with former Prime Minister and leader of New Democracy conservative party Antonis Samaras during swearing in ceremony at the first convention of the Parliament since the Jan. 25 elections in Athens on Thursday, Feb. 5, 2015. Non Greek Orthodox lawmakers were sworn in with a secular, or Muslim version of the oath. Jittery investors dumped Greek shares Thursday after the European Central Bank tightened the screws on the country’s banking system, piling pressure on the new anti-austerity government to seek a compromise with bailout creditors. (AP Photo/Yannis Kolesidis, Pool) 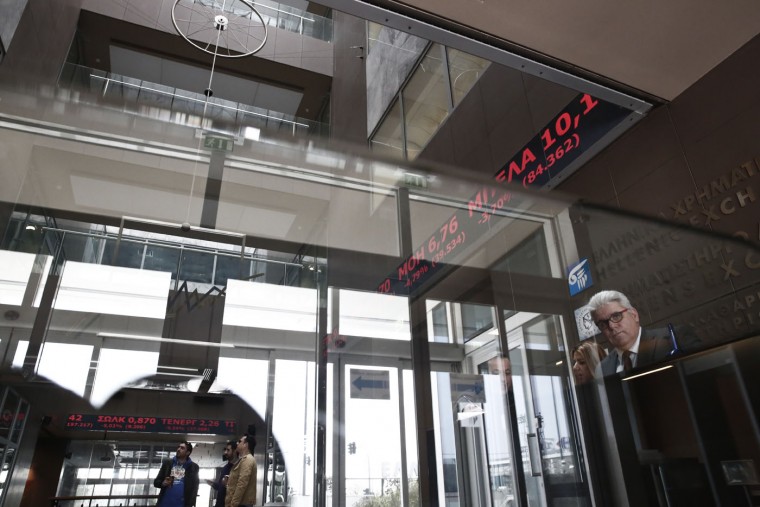 Employees of Athens’ Stock Exchange look at screens showing falling stocks in red, on Thursday, Feb. 5, 2015. Jittery investors dumped Greek shares Thursday after the European Central Bank tightened the screws on the country’s banking system, piling pressure on the new anti-austerity government to seek a compromise with bailout creditors. Shares on the volatile Athens stock exchange dived nearly 10 percent on opening, but later recovered a bit and were trading about 6 percent down. European markets also dropped, with the Euro Stoxx 50 index down 0.6 percent. (AP Photo/Petros Giannakouris) 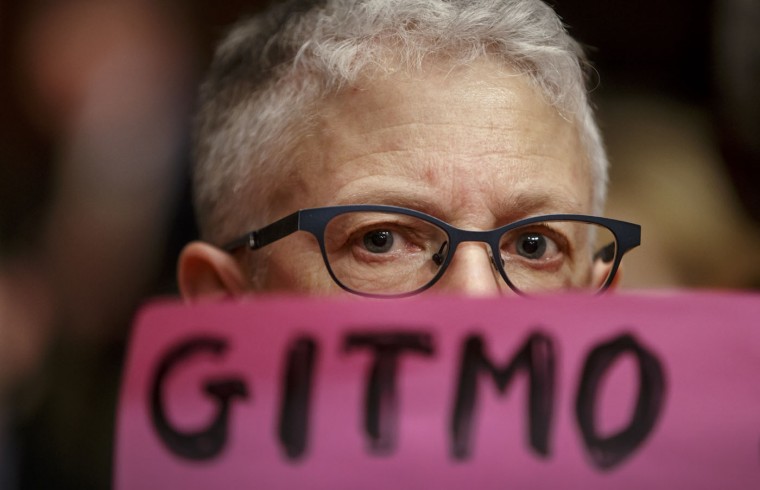 Ellen Sturtz, an activists from the antiwar group CodePink, participates in a silent protest on Capitol Hill in Washington, Thursday, Feb. 5, 2015, during a Senate Armed Services Committee hearing on the detention center in Guantanamo, Cuba/ A week ago, the same group drew the ire of Armed Services Chairman Sen. John McCain, R-Ariz., when they interrupted a hearing with former Secretary of State Henry Kissinger and charged the witness table. (AP Photo/J. Scott Applewhite) 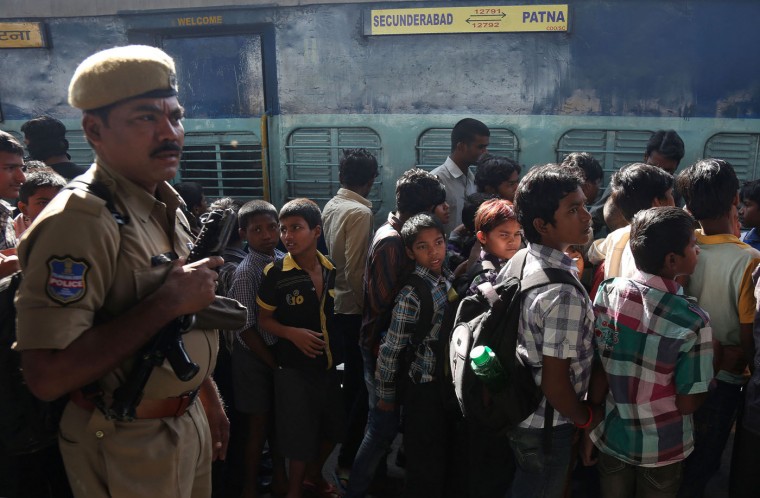 Indian rescued child laborers stand in a queue to board a train to be reunited with their parents in Bihar, one of India’s poorest states, at a railway station in Hyderabad, India, Thursday, Feb. 5, 2015. Police have rescued hundreds of children working in hazardous industries in a southern Indian city despite laws that ban child labor. In a series of raids on leather tanning and plastic factories in Hyderabad over the past 10 days, police rescued at least 350 children. (AP Photo/Mahesh Kumar A.) 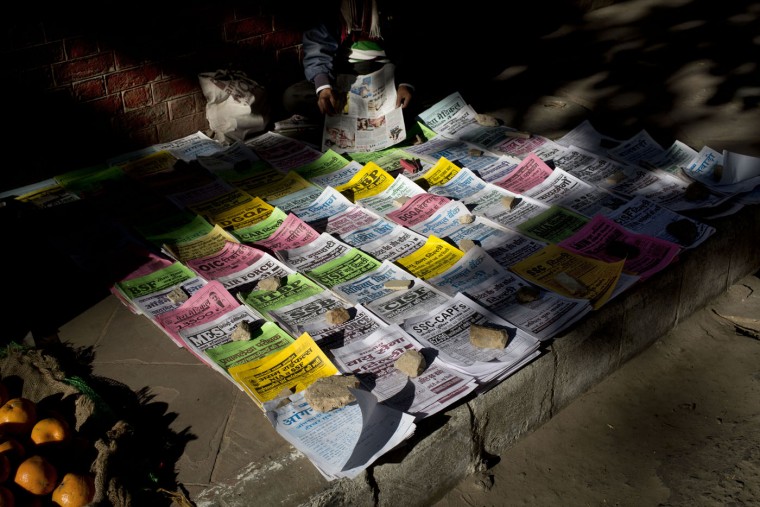 Employment news leaflets and announcements for government jobs are displayed for sale on a street in New Delhi, India, Thursday, Feb. 5, 2015. Government jobs are still the aspired form of employment for many in India because of the stability it provides and most of these jobs require a rigorous competitive examination process. (AP Photo/Bernat Armangue) 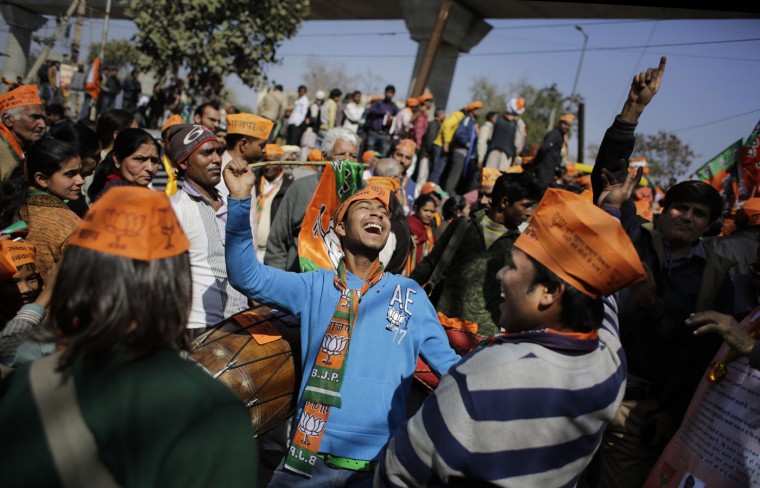 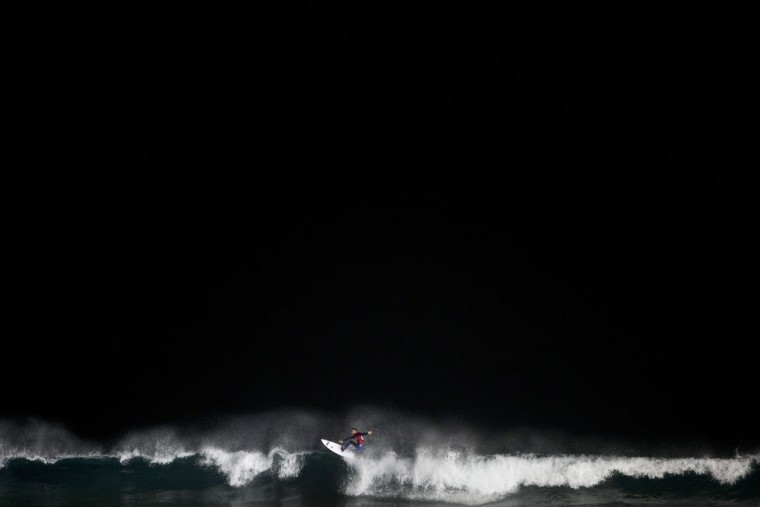 An Israeli surfer catches a wave during a night surfing competition in the Mediterranean sea in Ashdod, southern Israel, Wednesday, Feb. 4, 2015. About 40 surfers participated in the competition which started Wednesday after sundown. (AP Photo/Oded Balilty) 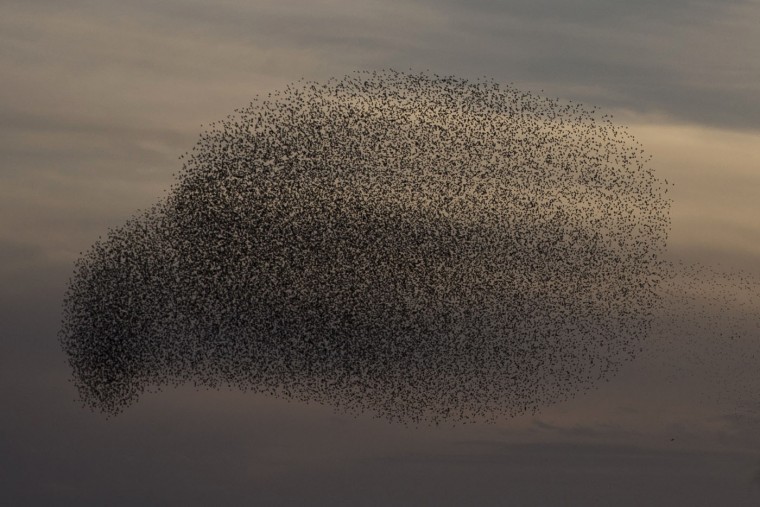 Starlings swirl in the sky in a phenomenon known as murmuration in the Negev Desert at dusk near the Bedouin city of Rahat, southern Israel, Thursday, Feb. 5, 2015. (AP Photo/Ariel Schalit) 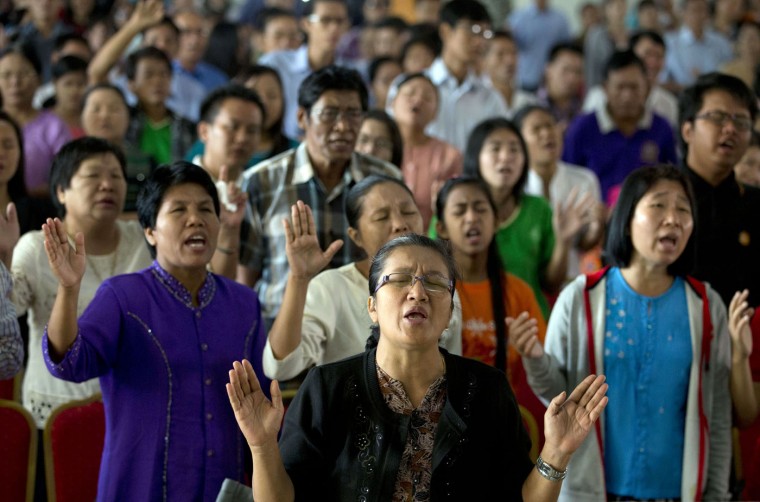 Friends and families of people living with disabilities sing gospel songs at Kayin Baptist Mission Society during a prayer session in Yangon, Myanmar, Thursday, Feb. 5, 2015. The event celebrated the 40th anniversary of the mission’s affiliated school for the blind. (AP Photo/Gemunu Amarasinghe) 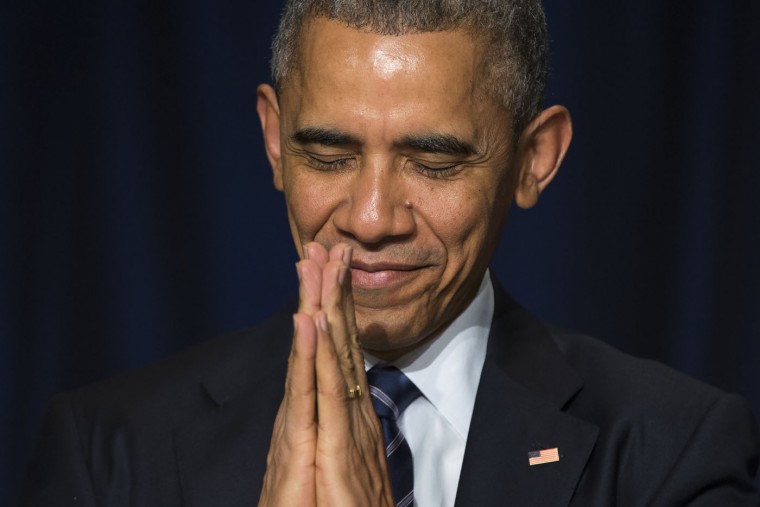 President Barack Obama bows his head towards the Dalai Lama as he was recognized during the National Prayer Breakfast in Washington, Thursday, Feb. 5, 2015. The annual event brings together U.S. and international leaders from different parties and religions for an hour devoted to faith. (AP Photo/Evan Vucci) 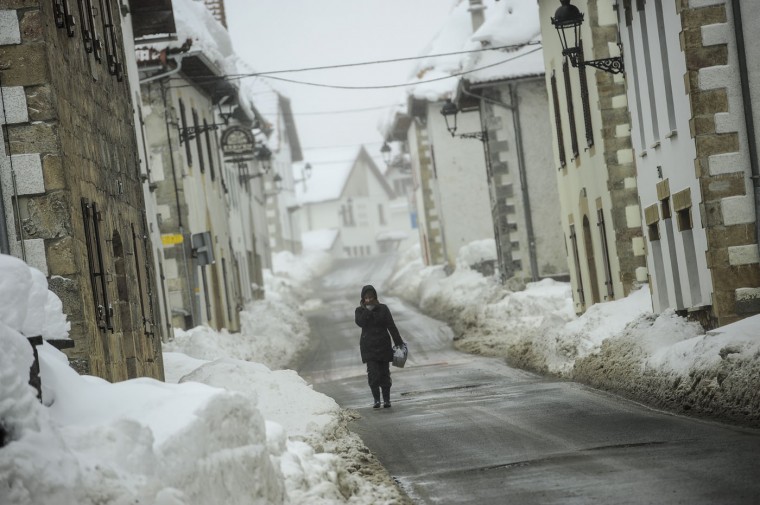 A woman walks along the road on a winter’s day in the small town of El Espinal, in the Pyrenees mountains in northern Spain, Thursday, Feb. 5, 2015. A cold spell has reached northern Spain with temperatures plummeting far below zero. (AP Photo/Alvaro Barrientos) 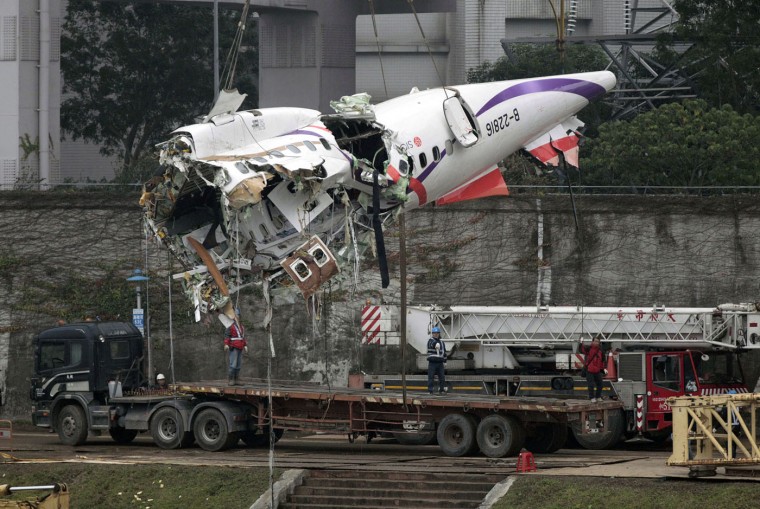 The main fuselage from TransAsia Airways Flight 235 is hoisted away in Taipei, Taiwan, Thursday, Feb. 5, 2015. The commercial plane, with 58 people aboard, clipped a bridge shortly after takeoff and crashed into a river in the island’s capital of Taipei on Wednesday morning. (AP Photo/Wally Santana) 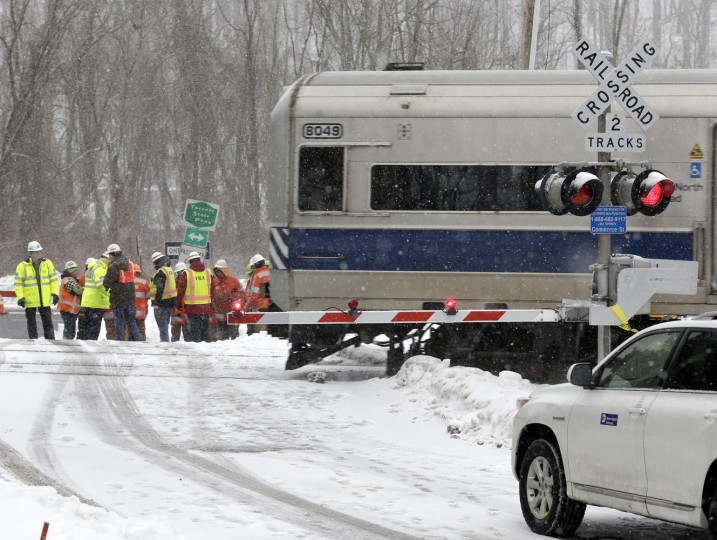 A Metro-North Railroad train passes through the intersection that was the site of a fatal collision between an SUV and a commuter train in Valhalla, N.Y., Thursday, Feb. 5, 2015. An investigation into what caused a fiery crash that killed a motorist and five rail riders is focusing on how a mother of three described by friends as safety conscious ended up between two crossing gates in her SUV as a commuter train barreled toward her. (AP Photo/Seth Wenig)

« Retromobile: Trove of classic cars discovered after 50-years languishing on a farm » Inside the Vegas Neon Museum