From the Vault: Domino Sugar

Kalani Gordon 1 Comment From the Vault, The Baltimore Sun

The Baltimore sugar plant opened in 1922, and was owned at the time by the American Sugar Refining Co., or Amstar. In 1984, Amstar Corp. was sold for $428 million to investment banking firm Kohlberg, Kravis, Roberts and Co., which sold it two years later to Merrill Lynch Capital Partners Inc. Tate & Lyle bought the company in 1988.

Then, two politically connected brothers who fled the Castro regime and later built a sugar empire in Florida agreed in 2001 to purchase the Domino Sugar company for $180 million. 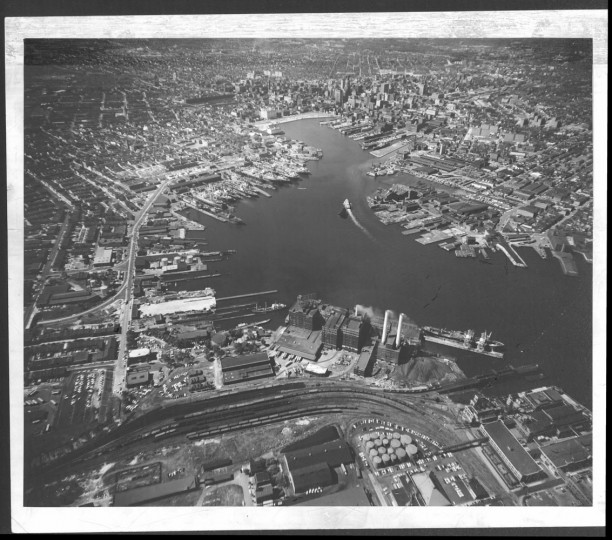 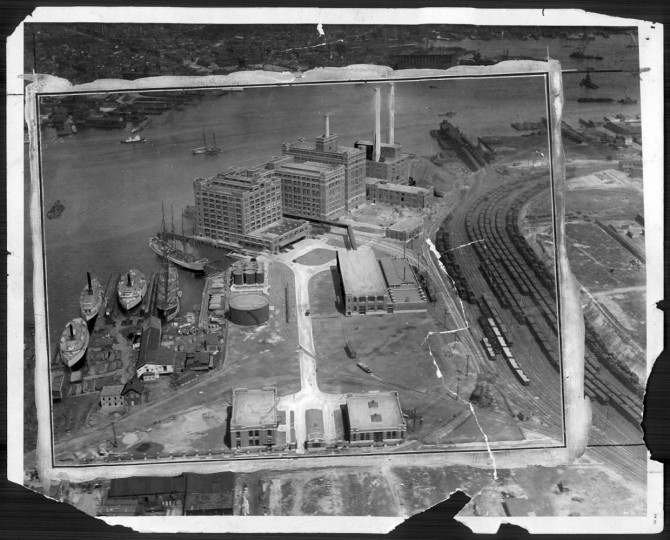 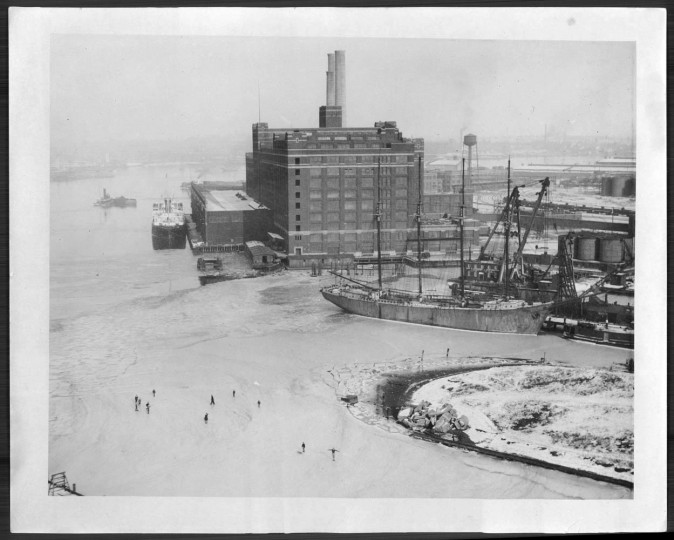 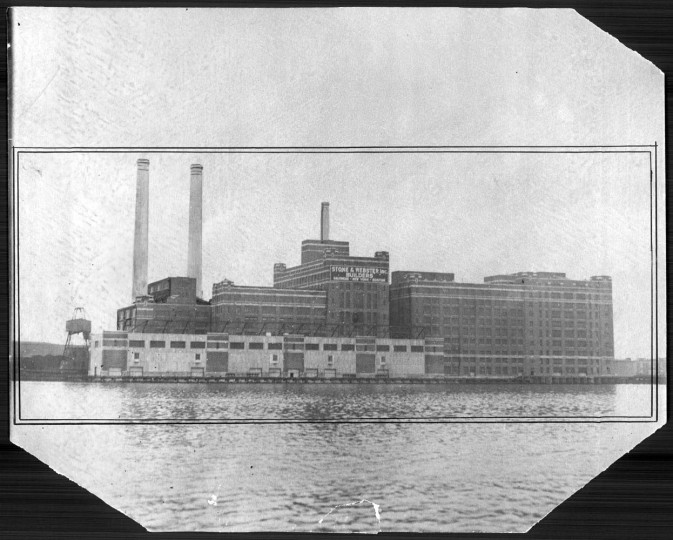 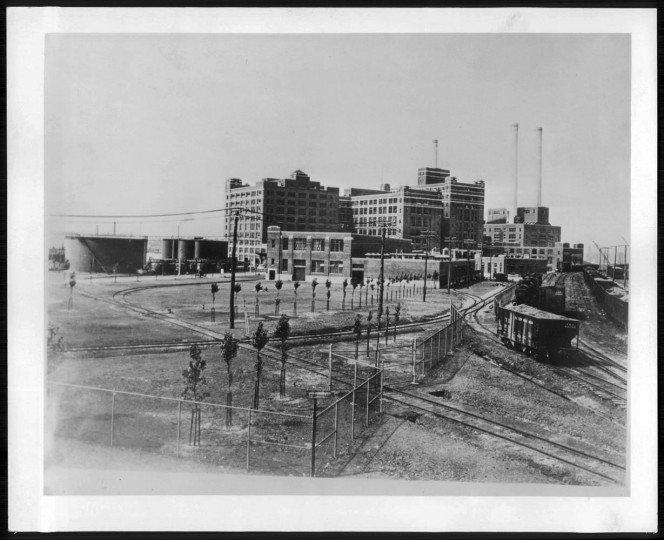 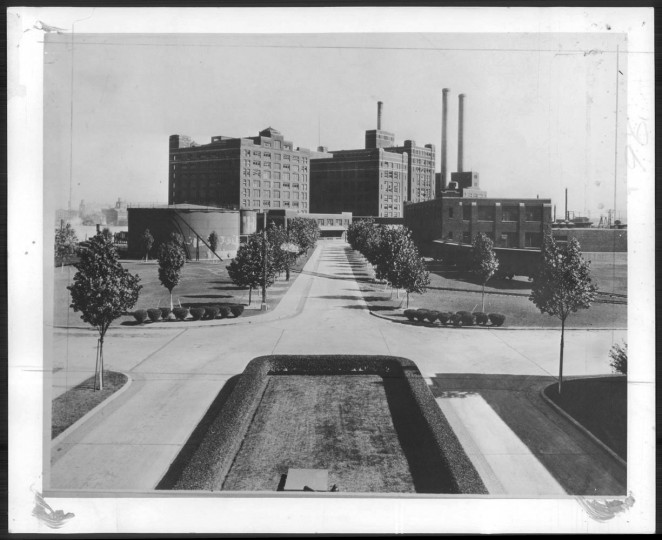 The sugar refinery in Baltimore. 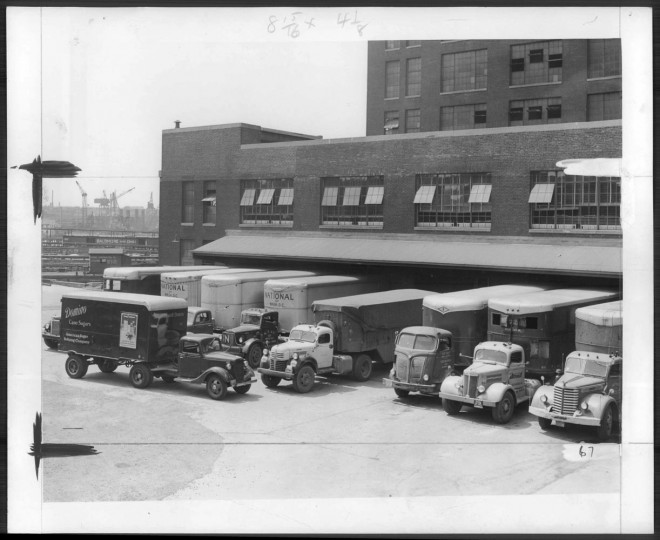 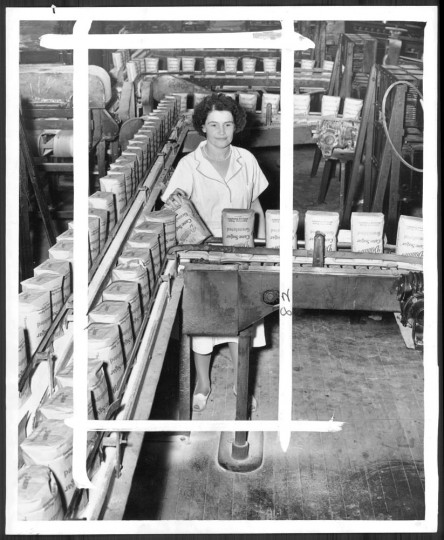 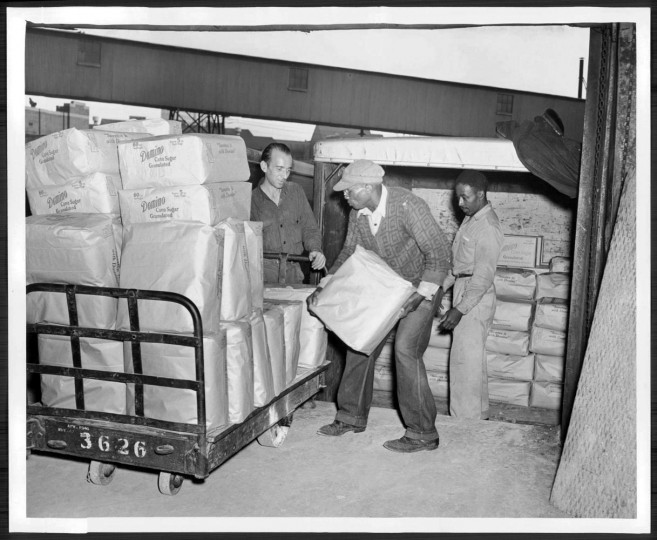 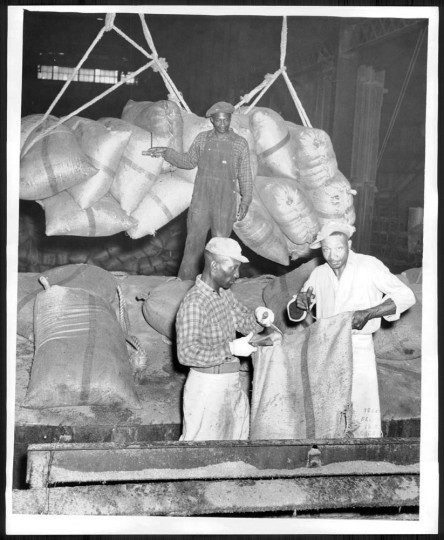 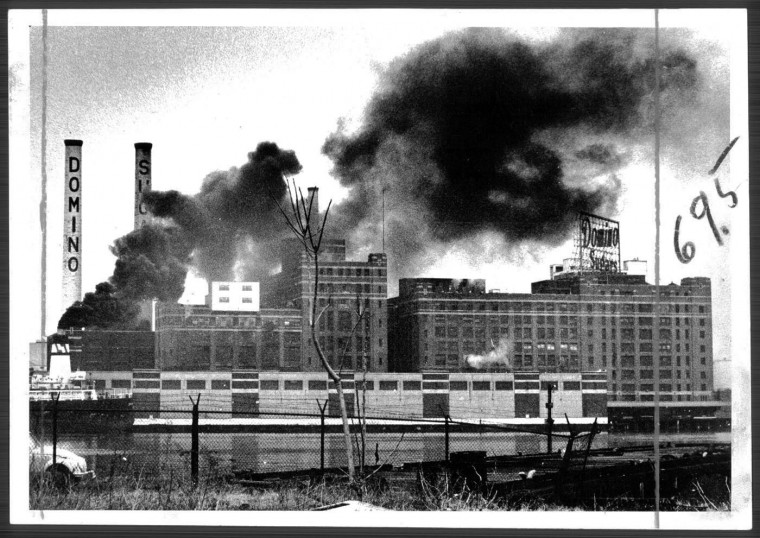 March 12, 1974: How sweet it isn’t — What appears to be clouds of black smoke emitting from Domino Sugar is in reality being spewed by the freighter “Union Defenders.” Photo by Lloyd Pearson.

July 2, 1978: Inspecting sugar bags at the sugar refinery. Photo by Clarence B. Garrett. 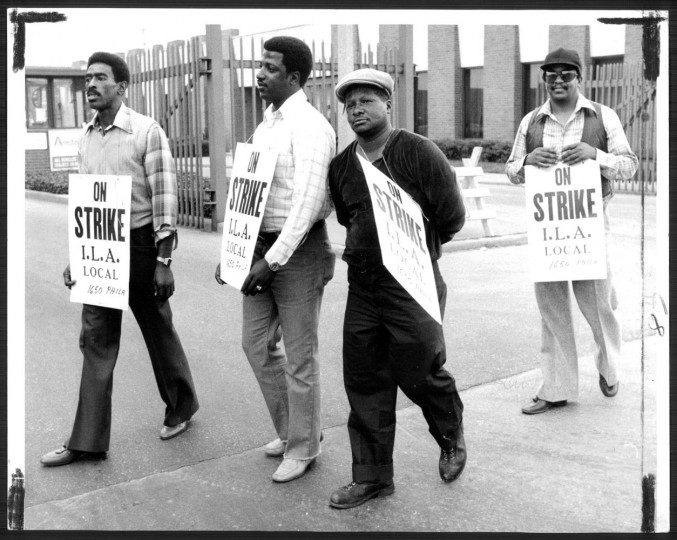 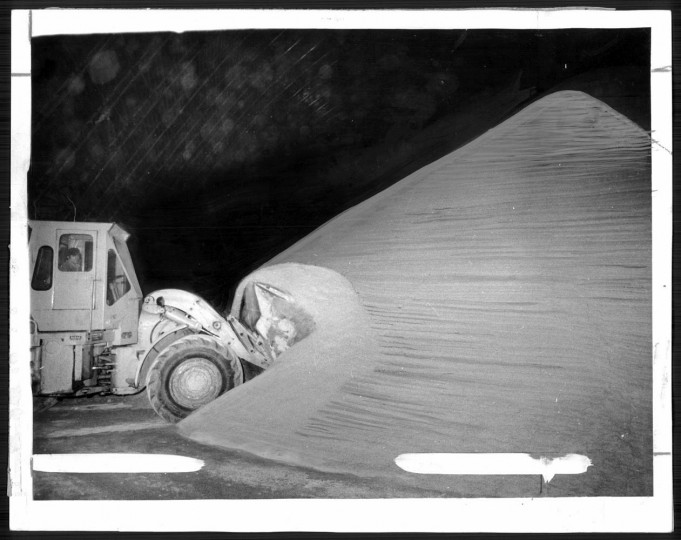 March 20, 1977: A front-end loader takes a bite out of a mountain of “raw” cane sugar in a storage shed at the refinery. Photo by Walter. M. McCardell. 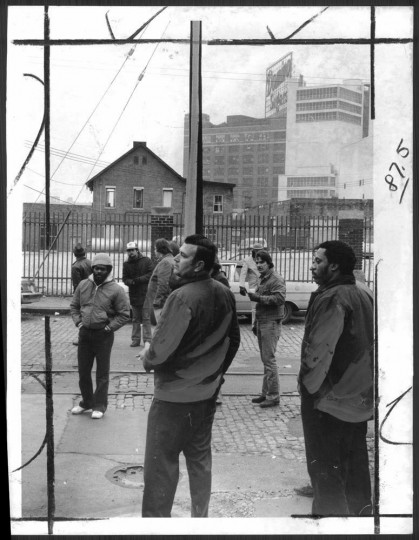 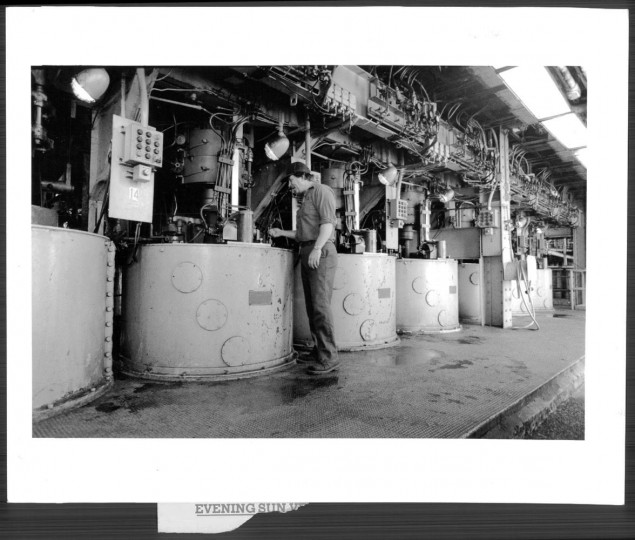 August 20, 1987: Packaging of brown sugar, bone char, cyntifical spinners before and after filtering. 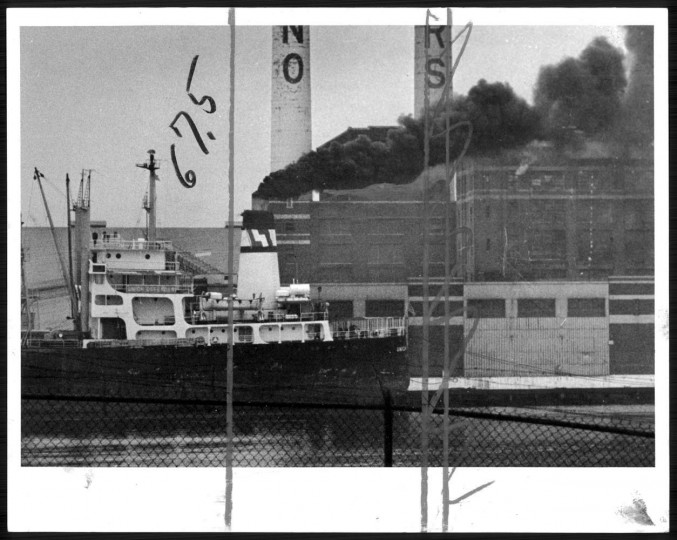 March 23, 1975: No fire here — clouds of thick, black smoke appeared to cme from the Domino Sugar are ain South Baltimore yesterday morning. But there was no fire as the smoke originated in the stacks of the freighter. 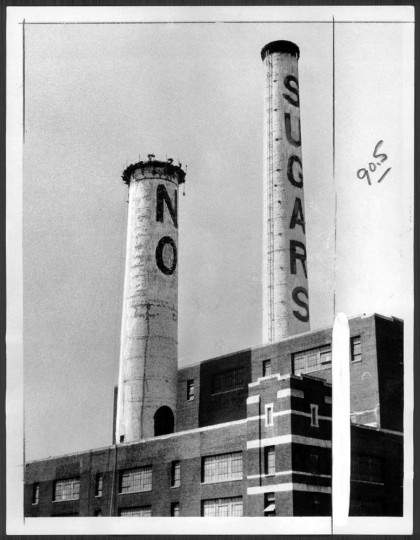 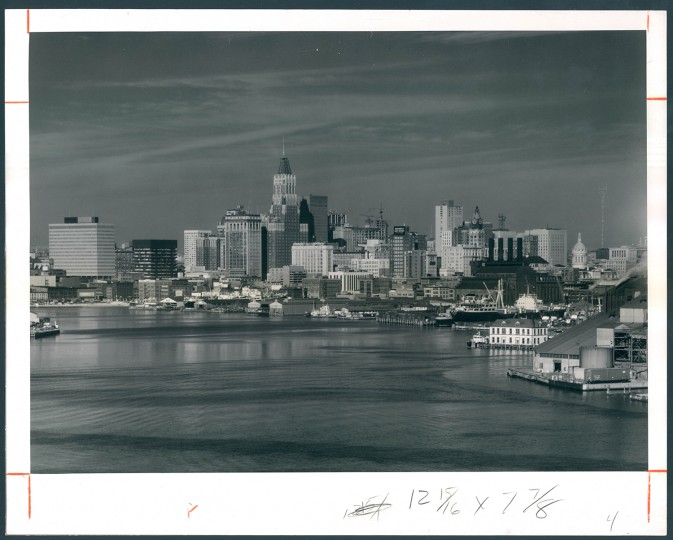 Dec. 31, 1967: The city, viewed across the inner harbor, from atop the American Sugar Refinery. A. Aubrey Bodine photo. 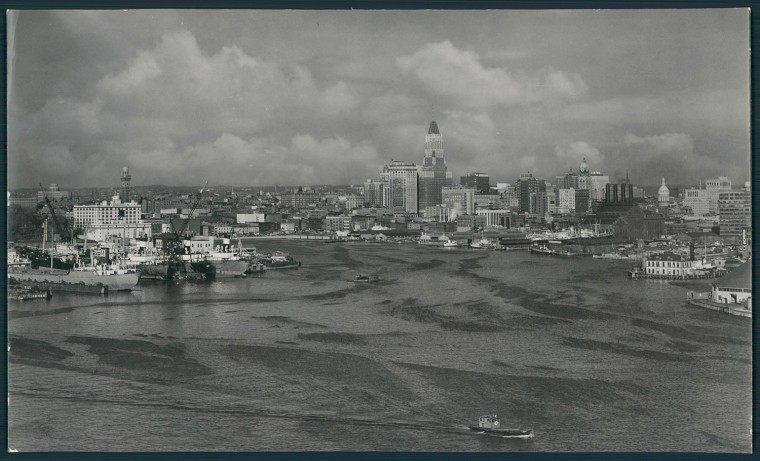 “We view Domino as synonymous with sugar in America, and we are very excited because it fits very well in our plan,” Alfonso Fanjul (pronounced fan-HOOL) said in an interview at the plant. “We could not conceive of a better brand.”

But even more than the brand name itself, the “Domino Sugar” sign is an icon in Baltimore’s skyline.