The University of Maryland Rehabilitation and Orthopaedic Institution held it’s inaugural Crab Pot wheelchair rugby tournament. The sport, also know as quad rugby (short for quadriplegic), is an international sport for players that have disability affecting at least three limbs. 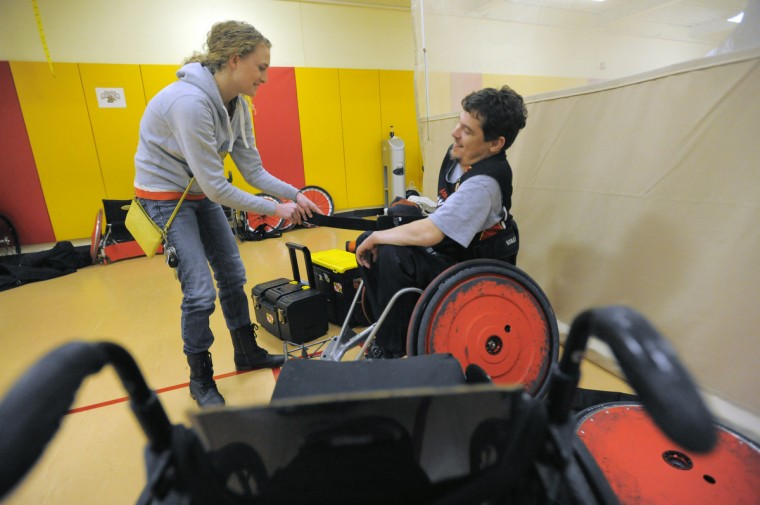 Jessie Groe of Parkville helps Scott Beemer of Maryland Mayhem as he secures himself to his rugby chair during the first Crab Pot Tournament. (Karl Merton Ferron/Baltimore Sun) 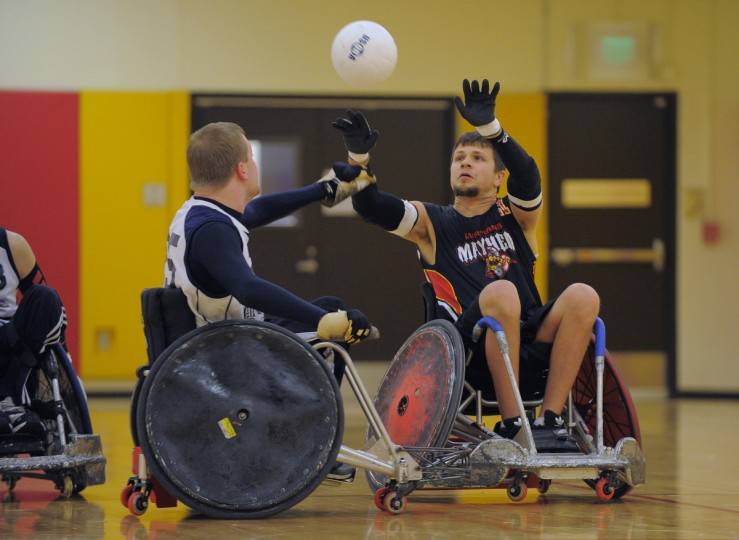 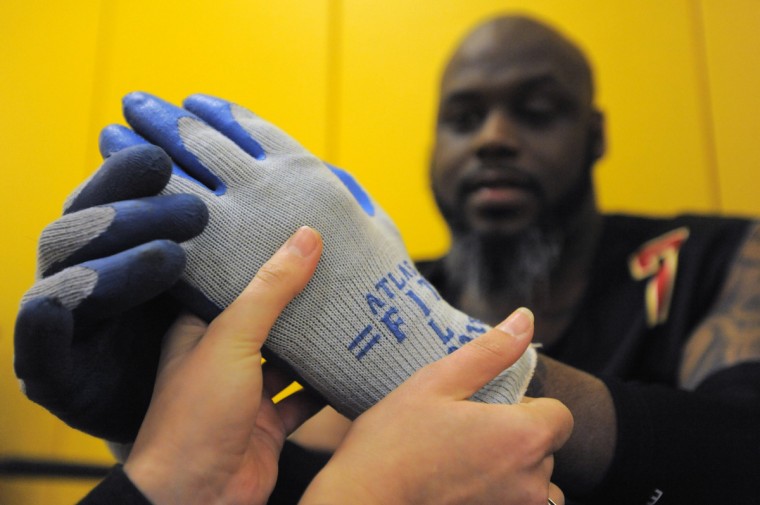 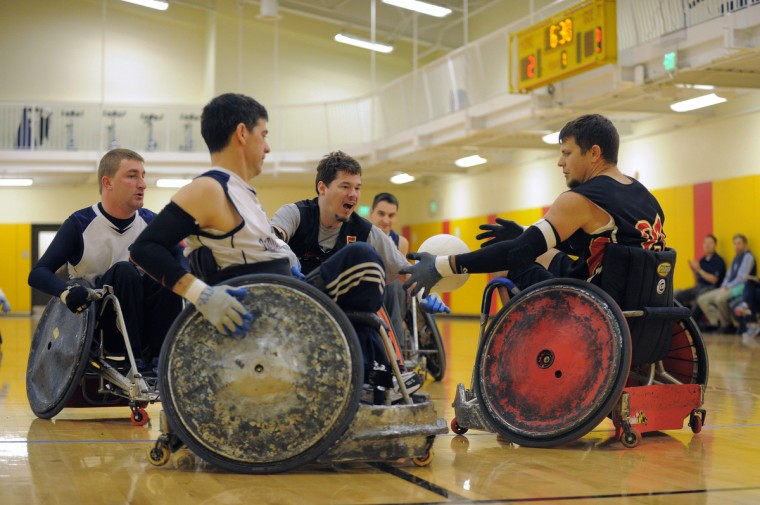 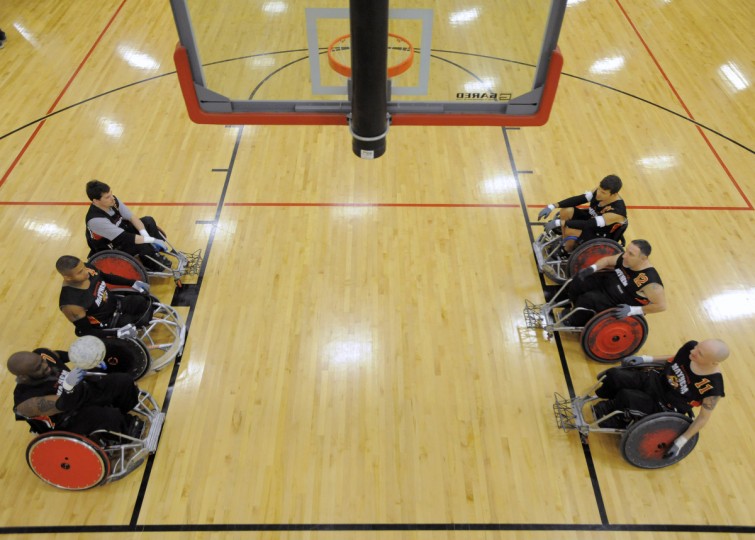 The Maryland Mayhem team get loose before their game during the first Crab Pot Tournament at University of Maryland Rehabilitation & Orthopaedic Institute. (Karl Merton Ferron/Baltimore Sun) 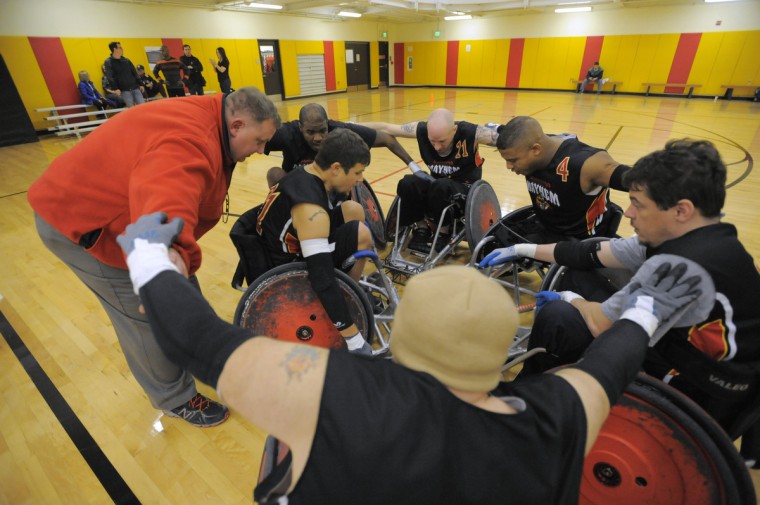 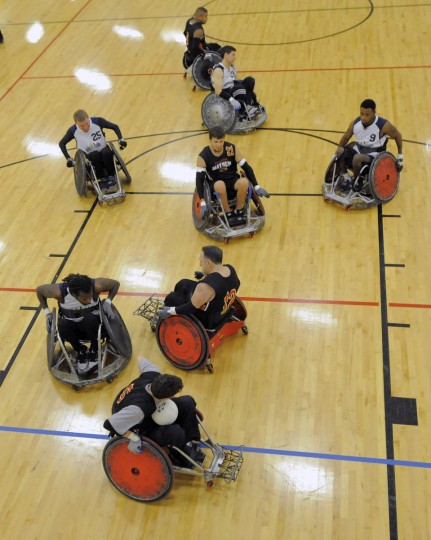 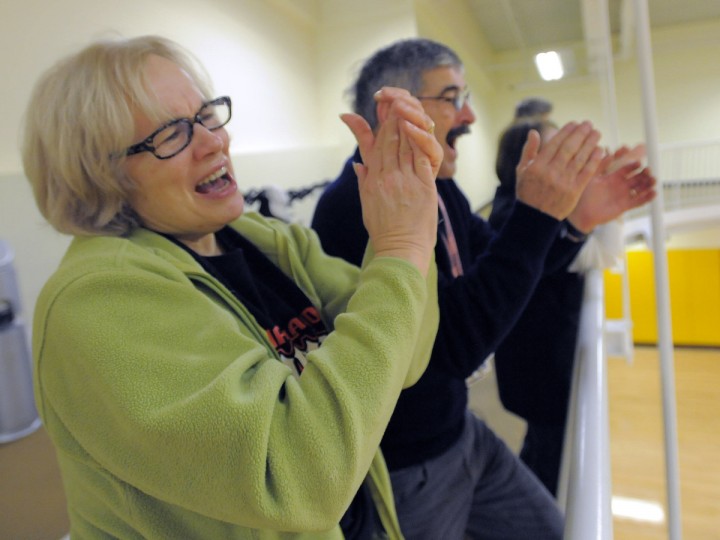 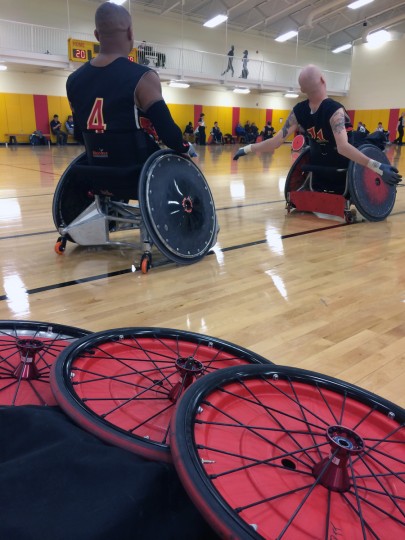 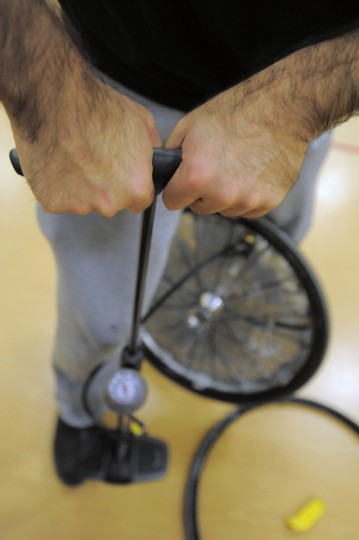 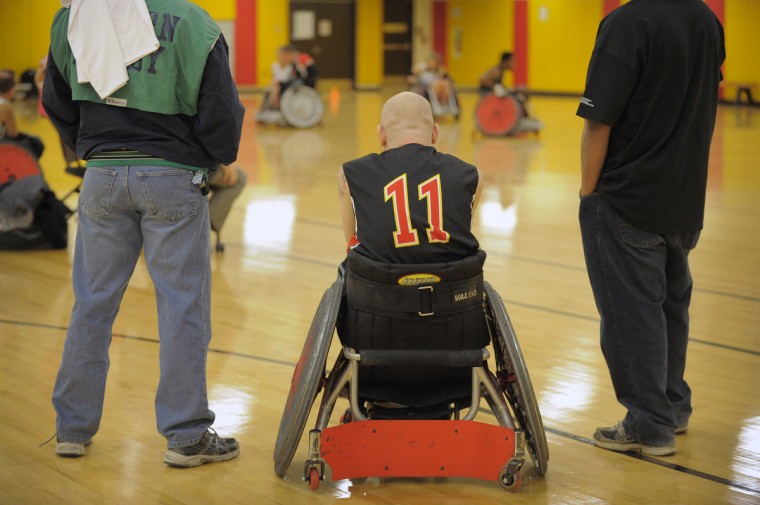 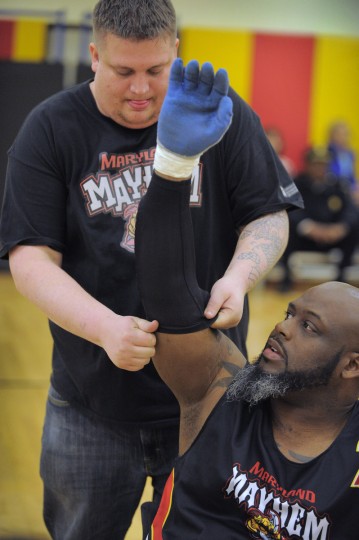 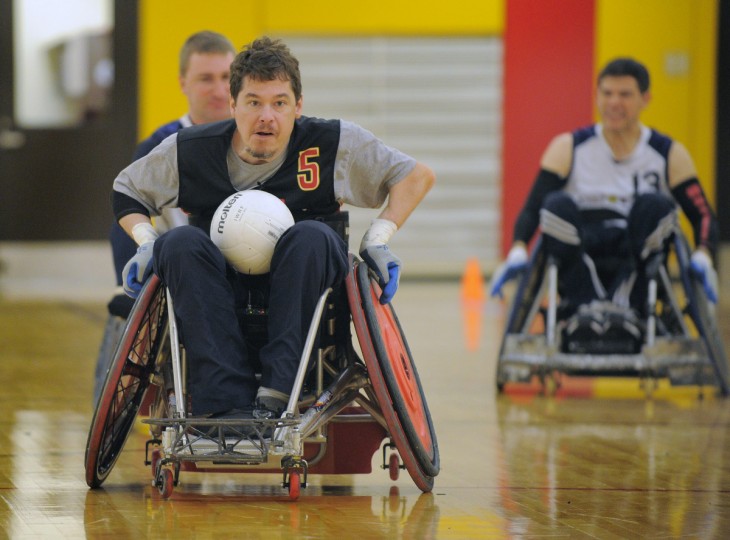 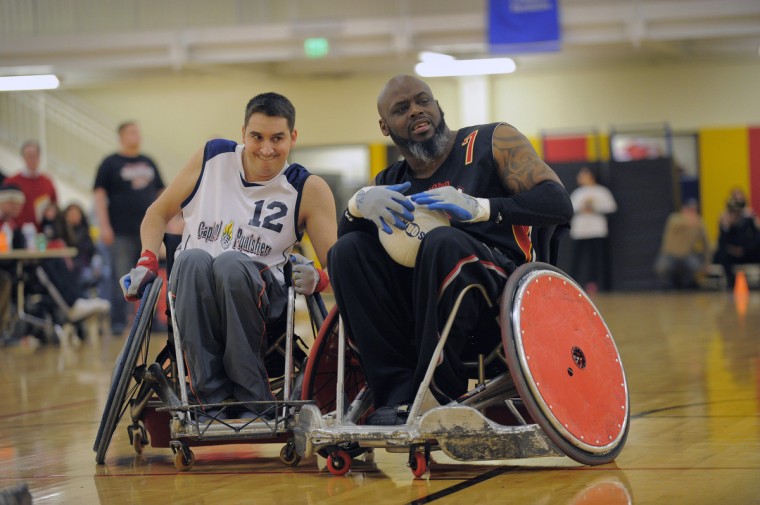 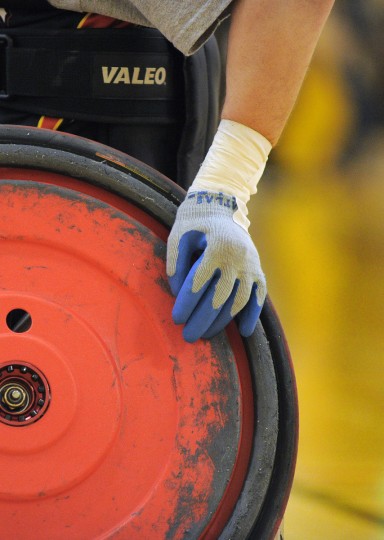 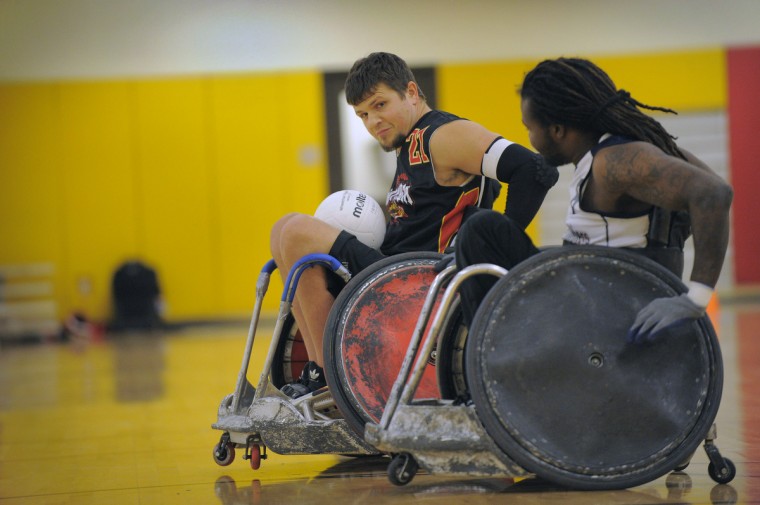 The four team event was hosted by the Baltimore-based Maryland Mayhem, a team sponsored by the institute that fields players who have had received treatment there. The Mayhem are playing their third season. The sport originated in Winnipeg, Canada in 1977.

There are no leagues; all games are played as tournaments, which each team is required to host. Teams are part of the United States Quad Rugby Association, which was founded in 1988 with six teams and how has 40 teams, officials said. The Crab Pot tournament featured teams from Washington and Philadelphia.