Riding railcars during a strike, parachuting in the Balkans, thinking about a Grexit | Jan. 22 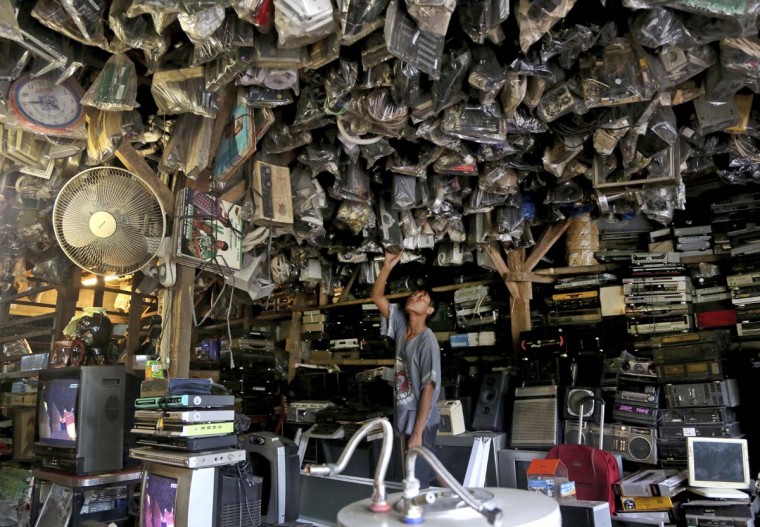 A customer browses through used items at a flea market on the outskirts of Jakarta, Indonesia, Thursday, Jan. 22. ||(AP Photo/Tatan Syuflana) 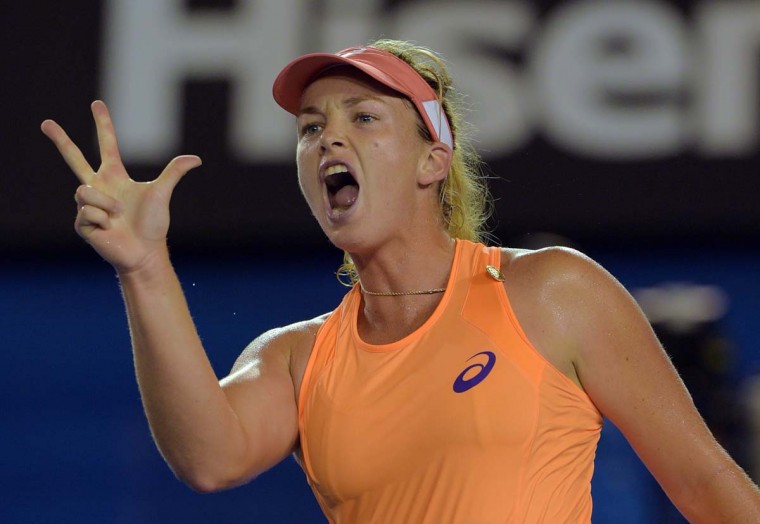 Coco Vandeweghe of the US reacts as she celebrates after victory in her women’s singles match against Australia’s Samantha Stosur on day four of the 2015 Australian Open tennis tournament in Melbourne on January 22. || CREDIT: GREG WOOD – AFP/GETTY IMAGES 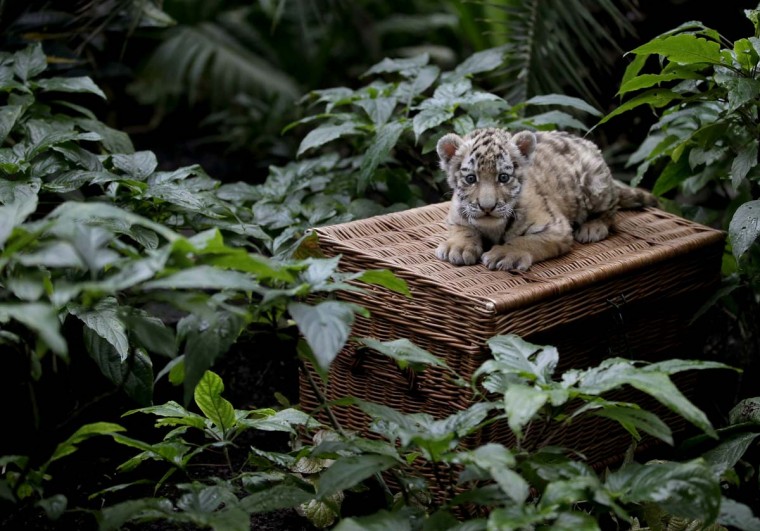 Little Amur tiger girl Alisha is presented to the public at the Tierpark zoo in Berlin, Germany, Thursday, Jan. 22. Alisha is one of three young tigers born in December 2014. Two died because their mother Aurora could not produce enough milk for them, so the zoo decided to feed the cub by hand. ||(AP Photo/Michael Sohn) 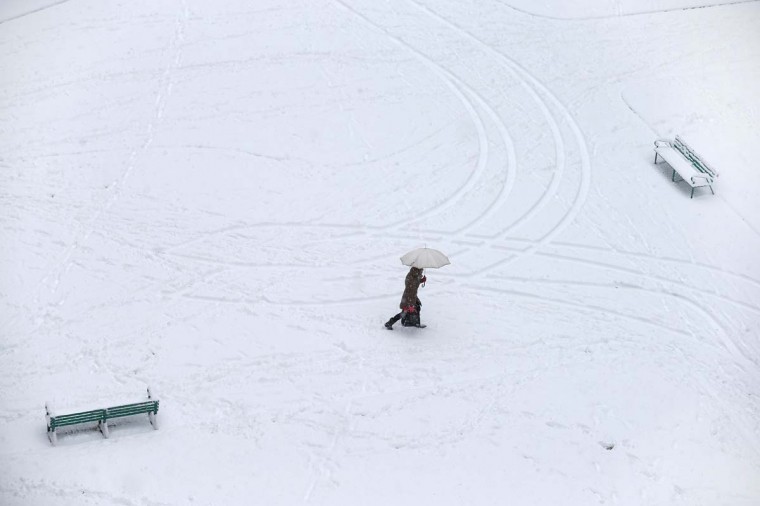 A woman walks in the snow after heavy snowfall, in Burgos on January 22. || CREDIT: CESAR MANSO – AFP/GETTY IMAGES 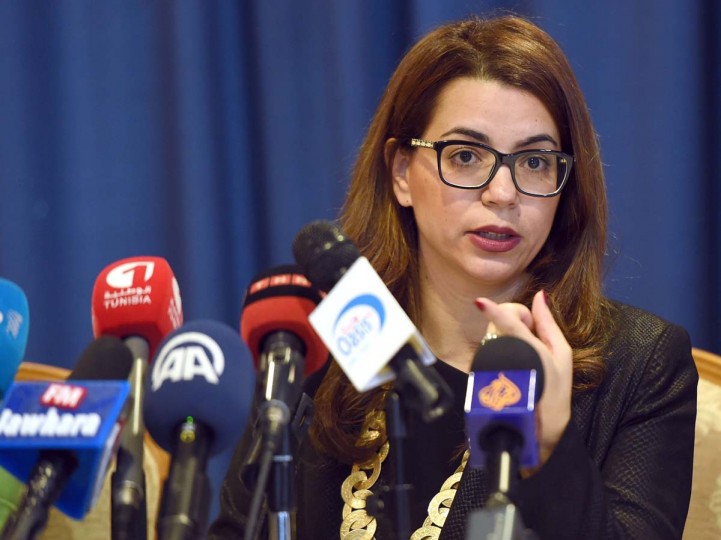 Tunisian Minister of Tourism, Amel Karboul speaks during a press conference conference on the sector’s latest results on January 22 in Tunis. The ministry announced that the tourism revenues in Tunisia recorded a slight growth in 2014 but remain far below the levels of 2010, the base year for this sector in crisis since the 2011 revolution. || CREDIT: FETHI BELAID – AFP/GETTY IMAGES 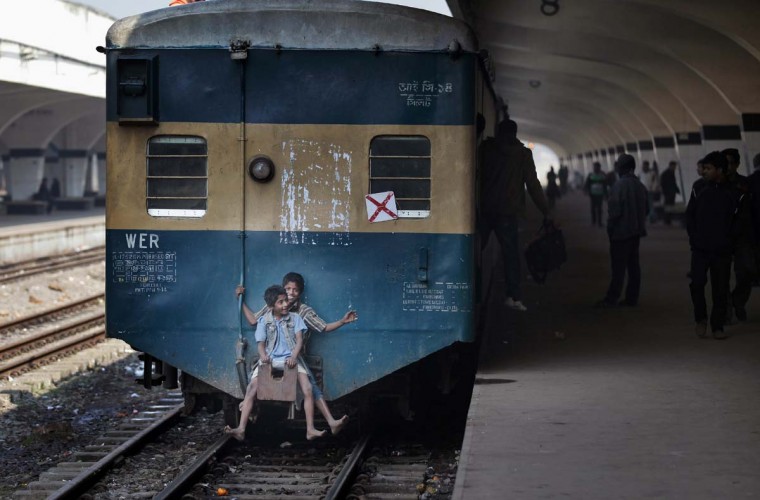 Bangladeshi children travel at the back side of a moving train at a railway station during the second day of a 48-hour general strike called by the opposition Bangladesh Nationalist Party (BNP) in Dhaka, Bangladesh, Thursday, Jan. 22. Supporters of former Prime Minister Khaleda Zia, who boycotted the last vote, demand that the government resign and hold new elections immediately, but Prime Minister Sheikh Hasina says her government will remain in office until her term ends in 2019. ||(AP Photo/A.M. Ahad) 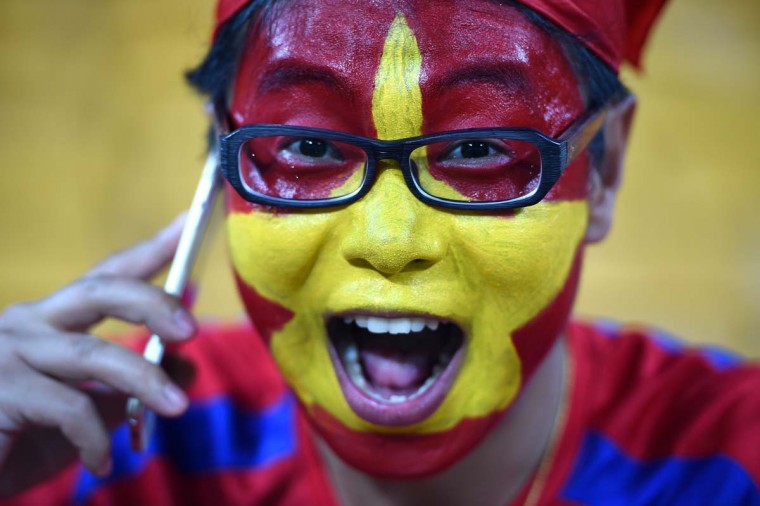 A Chinese soccer fan talks on his mobile phone prior to the AFC Asian Cup quarter-final football match between Australia and China in Brisbane on January 22. || CREDIT: SAEED KHAN -AFP/GETTY IMAGES 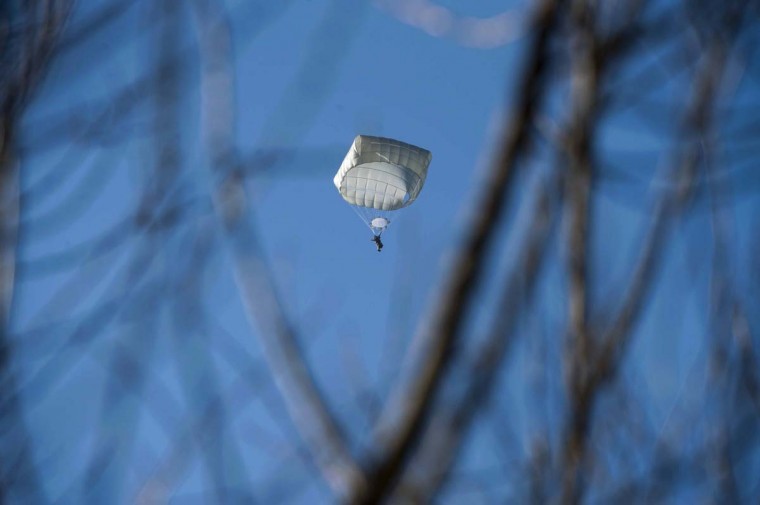 A member of the US Army’s 4th Infantry Brigade Combat Team (Airborne), 25th Infantry Division, part of the NATO-led peacekeeping mission in Kosovo (KFOR), drops to the ground using a parachute during a US military exercise at Camp Bondsteel, near the village of Sojevo, on January 22. || CREDIT: ARMEND NIMANI – AFP/GETTY IMAGES 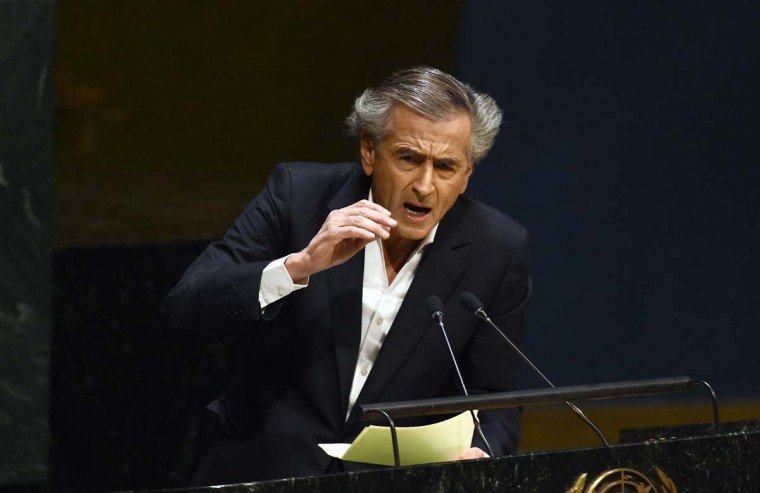 French philosopher and writer Bernard-Henri Levy speaks at the United Nations headquarters in New York on January 22 during an informal meeting of the plenary of the General Assembly to address concerns of a rise in anti-Semitic violence worldwide. || CREDIT: JEWEL SAMAD – AFP/GETTY IMAGES 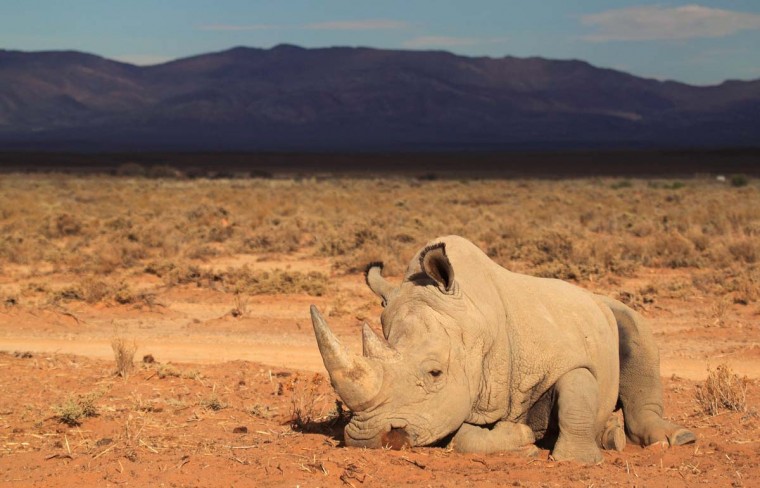 A file picture taken on March 23, 2013 shows a rhino at the private game reserve of French Damien Vergnaud, who is running a breeding programme for cheetahs and organised an armed security guard to protect his rhinos from poaching, in Inverdoom, 200 kms north east of Cape Town. The slaughter of rhinos worsens in South Africa as 1,215 animals were killed by poachers in 2014, according to the South African Environment ministry on January 22, 2015. AFP || CREDIT: CHRISTOPHE BEAUDUFE – AFP/GETTY IMAGES 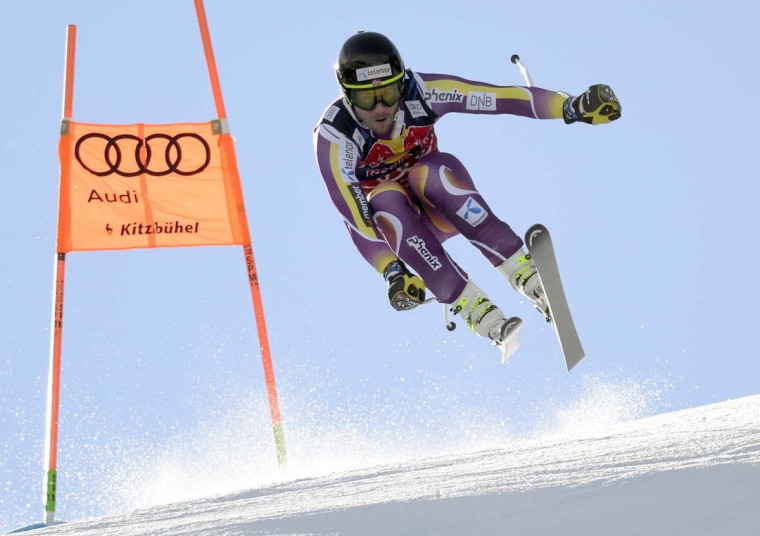 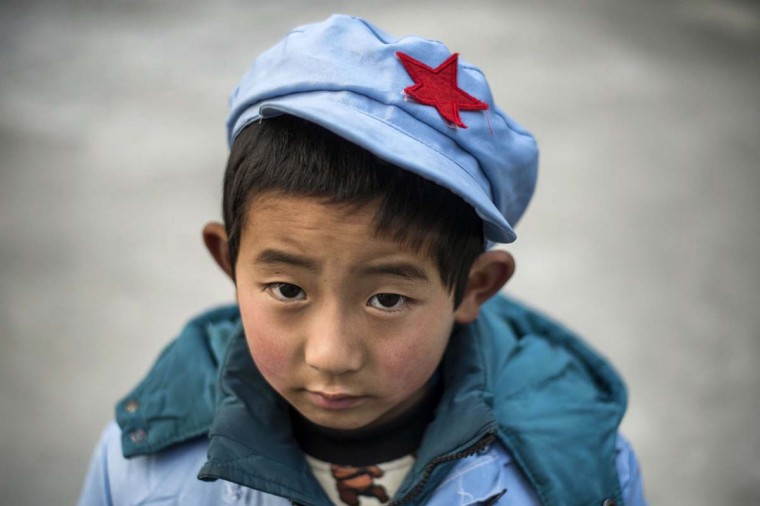 A boy dressed in an uniform waits at the Beichuan Red army elementary school in Beichuan, Sichuan province on January, 21. China’s push to encourage more couples to have a second child after decades of restrictive family planning policies has fallen short of expectations in the first year. || CREDIT: FRED DUFOUR – AFP/GETTY IMAGES 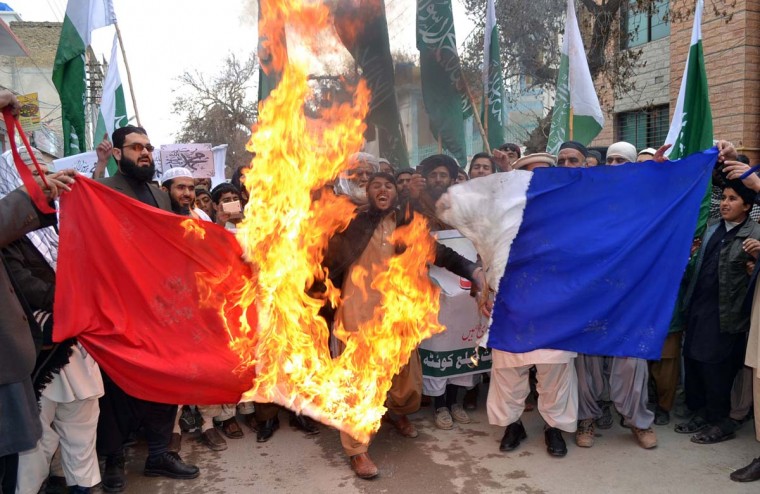 Pakistani Islamists burn a French flag during a protest against the printing of satirical sketches of the Prophet Mohammad by French magazine Charlie Hebdo in Quetta on January 22. Under Pakistan’s strict blasphemy laws, insulting the prophet can carry the death penalty, and the country’s prime minister and parliament have strongly condemned the publication of the cartoons. || CREDIT: BANARAS KHAN – AFP/GETTY IMAGES 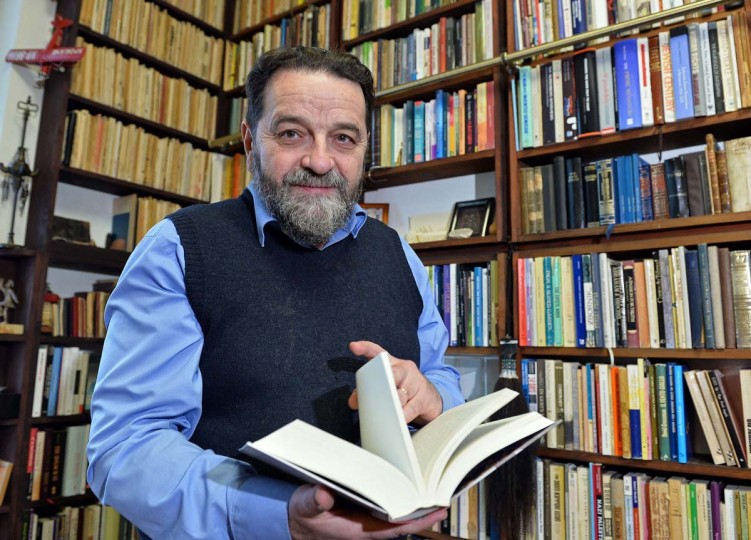 Polish journalist Konstanty Gebert poses in front of a book shelf in his home in Warsaw on January 20. Seventy years after the liberation of Auschwitz-Birkenau – the infamous Nazi camp which has come to symbolise the Shoah – Poles still bristle at the erroneous phrase “Polish death camps” when people talk about the wartime genocide of European Jews. Poles demonstrated “incredible heroism and extreme betrayal, as well as a range of behaviours between the two” during the war, according to Gebert, an intellectual pillar of Poland’s small Jewish community. || CREDIT: JANEK SKARZYNSKI – AFP/GETTY IMAGES 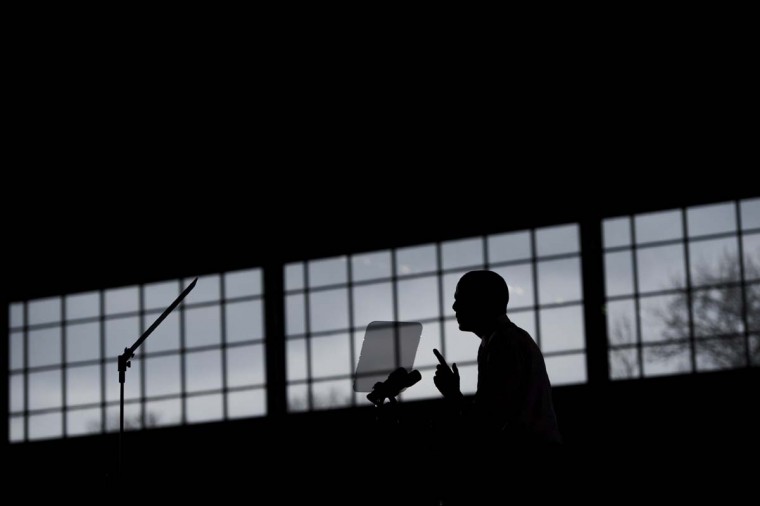 US President Barack Obama speaks about the economy at Boise State University in Boise, Idaho, January 21. Obama is traveling on a 2-day, 2 state trip to Idaho and Kansas following his State of the Union address. || CREDIT: SAUL LOEB – AFP/GETTY IMAGES 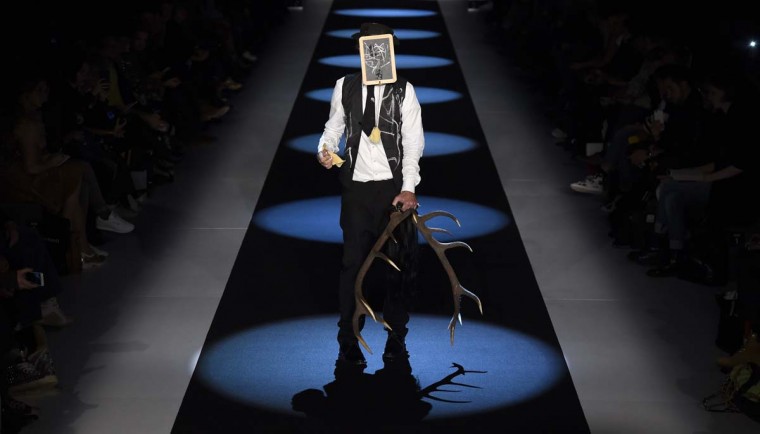 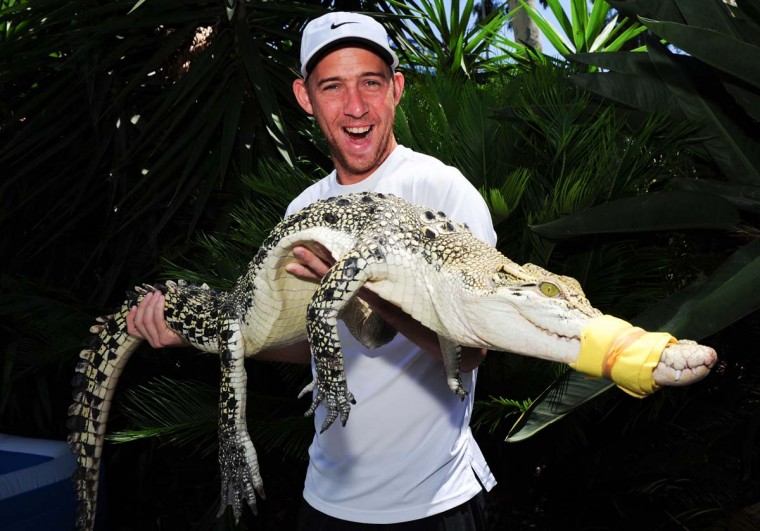 Dudi Sela of Israel holding a crocodile during the animal visit during the 2015 Australian Open at Melbourne Park on January 22 in Melbourne, Australia. ||(Photo by Vince Caligiuri/Getty Images) 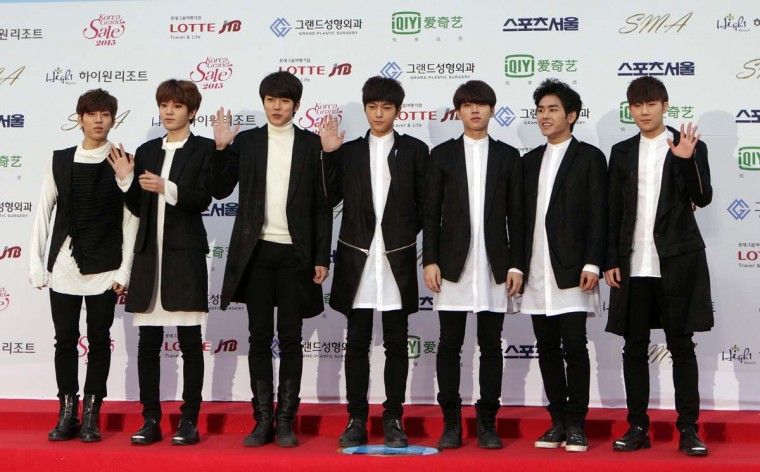 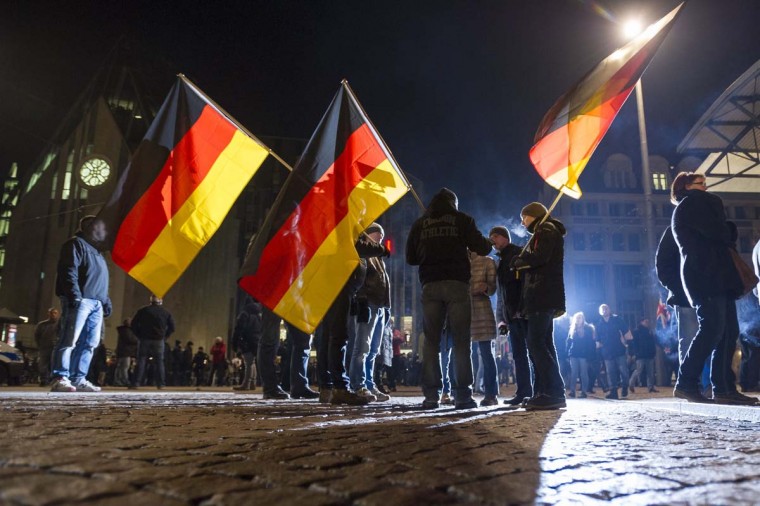 Peple hold German flags as they attend a rally of LEGIDA, a local copycat of Dresden’s right-wing populist movement PEGIDA (Patriotic Europeans Against the Islamisation of the Occident), in Leipzig, eastern Germany on January 21. Thousands of right-wing anti-“Islamisation” protesters started to mass in the eastern German city of Leipzig on Wednesday, separated by a large contingent of riot police from anti-racist counter demonstrators. || CREDIT: JENS SCHLUETER – AFP/GETTY IMAGES 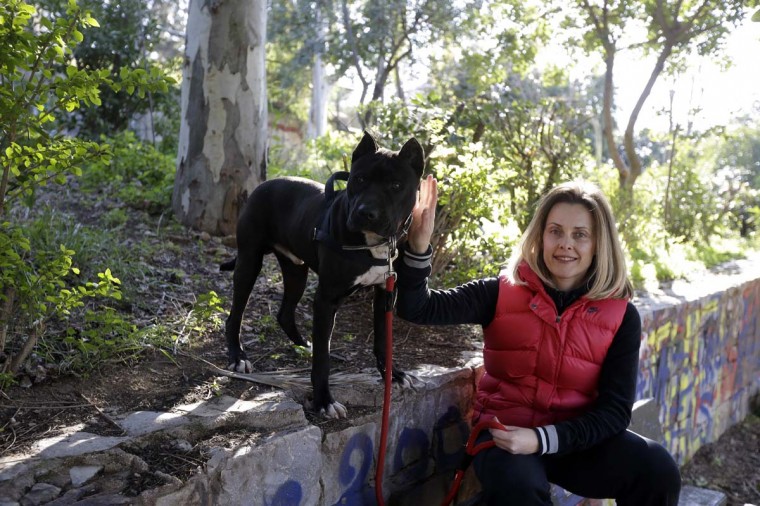 This photo taken on Wednesday, Jan. 14, 2015 shows professional dog trainer Tzouli Tounta, 43 _ a former journalist _ posing with one-year-old pit bull Benny, whom she is training, in an Athens park. Tounta, who lost her job 18 months ago due to company cutbacks, after working for 17 years in major Greek daily newspapers, says she has not yet made up her mind on who to vote for in Greece’s Jan. 25 general election. After her year’s unemployment benefit payments ended, she decided to work with what she dearly loves – animals. She enrolled in a training course, and is now in the process of expanding her clientele. Tounta says she doesn’t expect the elections to bring about any significant changes, but is adamant that Greece must remain within the club of 19 European countries that use the euro currency. ||(AP Photo/Thanassis Stavrakis) 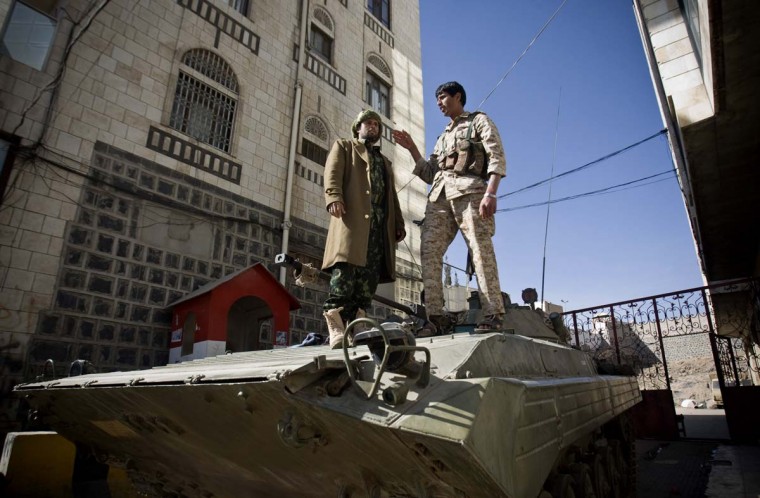 Houthi Shiite Yemeni wearing army uniforms stand atop an armored vehicle, which was seized from the army during recent clashes, outside the house of Yemen’s President Abed Rabbo Mansour Hadi in Sanaa, Yemen, Thursday, Jan. 22. Heavily armed Shiite rebels remain stationed outside the Yemeni president’s house and the palace in Sanaa, despite a deal calling for their immediate withdrawal to end a violent standoff. ||(AP Photo/Hani Mohammed)