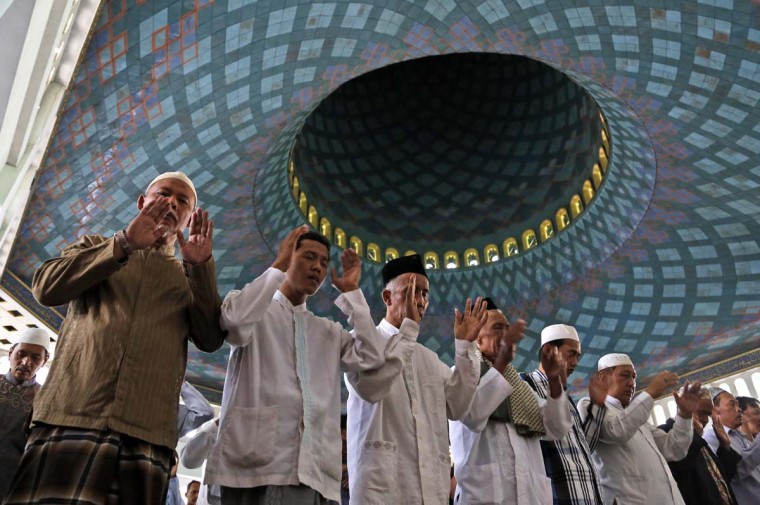 Indonesian Muslim men pray during a special prayer for the victims of AirAsia Flight 8501 at Al Akbar Mosque in Surabaya, East Java, Indonesia, Friday, Jan. 2, 2015. More ships arrived Friday with sensitive equipment to hunt for the fuselage of the flight and the more than 145 people still missing since it crashed into the sea five days ago. (AP Photo/Dita Alangkara) 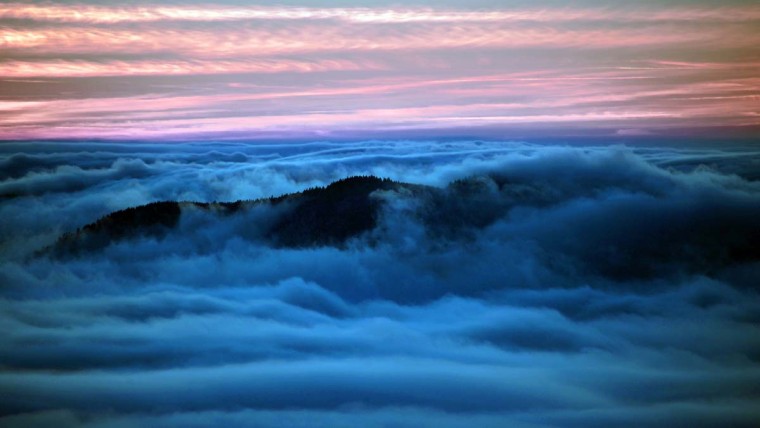 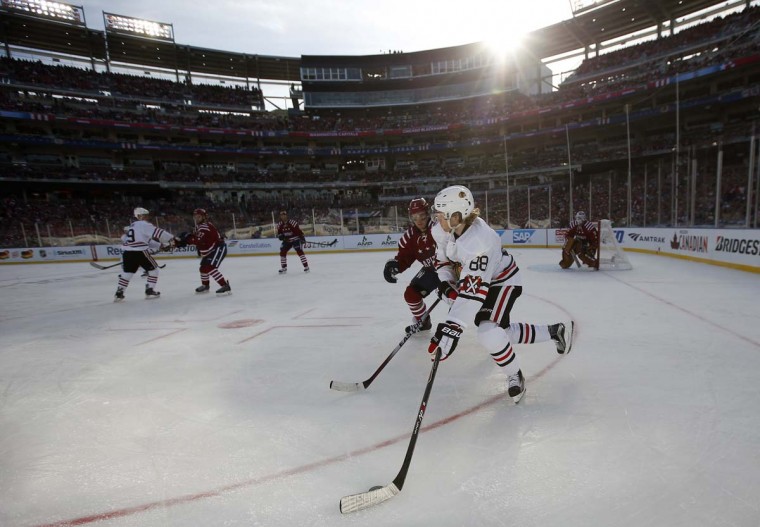 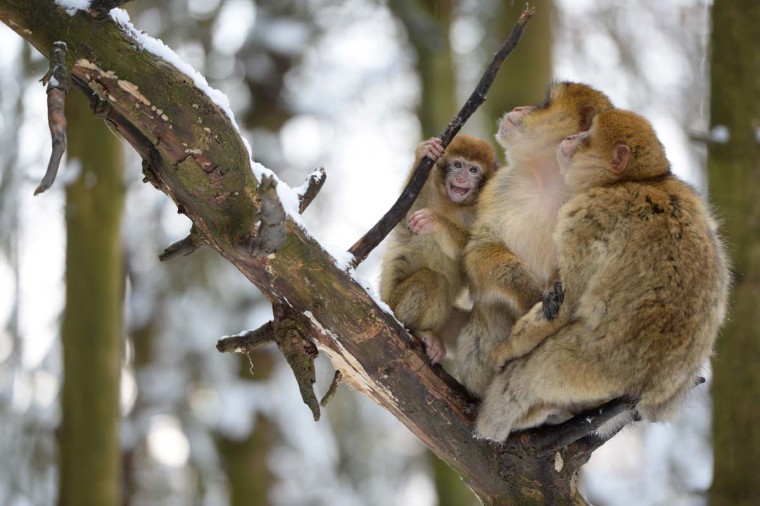 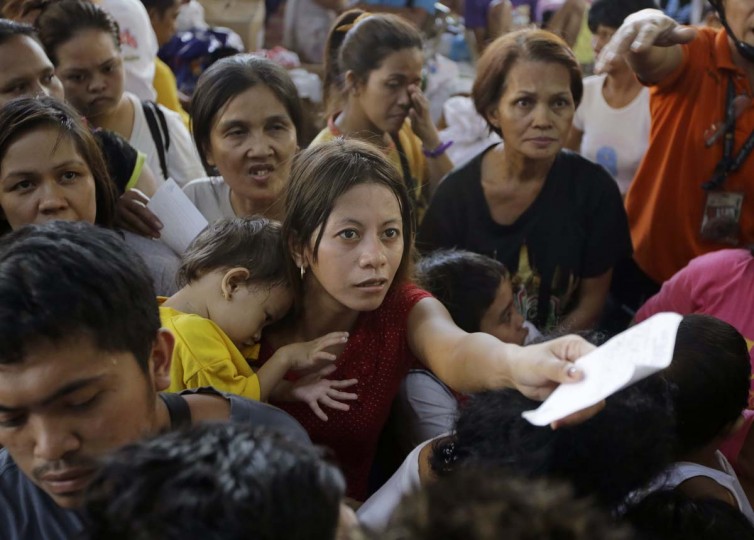 A mother, who lost her home in a huge fire on New Year’s day, cuddles her baby as she lines up for a loaf of bread at an evacuation center near the site where hundreds of homes were destroyed along a creek Friday, Jan. 2, 2015 at suburban Quezon city, north of Manila, Philippines. The fire, believed to have been ignited by firecrackers, razed hundreds of homes Thursday in one of more than a dozen fires reported across the country as Filipinos welcomed the New Year. (AP Photo/Bullit Marquez) 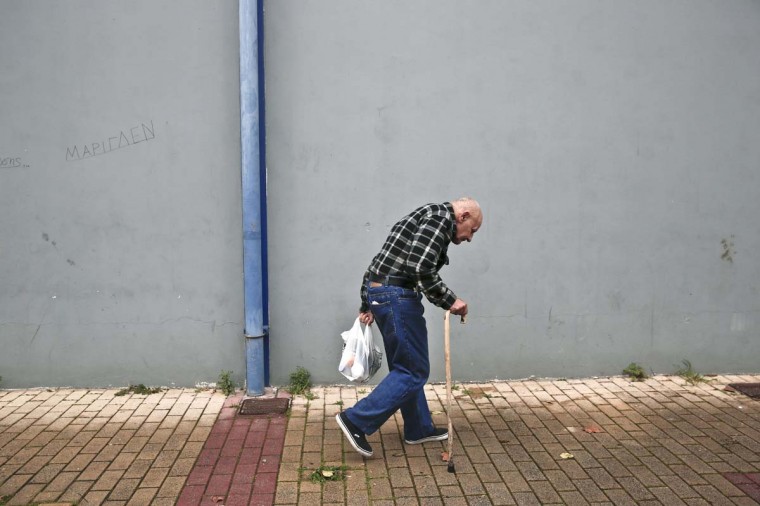 A man holds a bag with food as he leaves a New Year’s meal for homeless organized by municipality of Athens, on Thursday, Jan. 1, 2015. Homelessness has increased dramatically during the financial crisis in Greece, which has depended on international rescue loans for more than four years. The campaign for Greece’s general election is now underway, with the country’s conservative prime minister claiming his anti-bailout opponents would “lead the country to default.”(AP Photo/Petros Giannakouris) 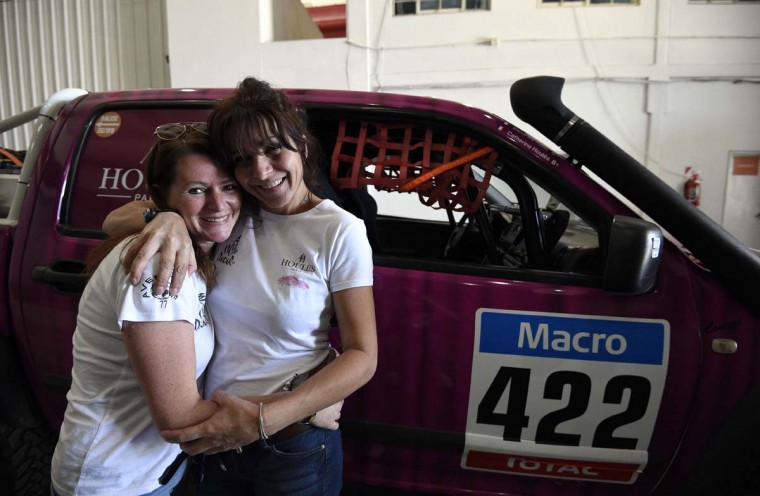 French driver Catherine Houles (R) and co-driver Sandrien Houdet, of Isuzu team, pose in Buenos Aires, on January 2, 2015 during the technical check-up of the 2015 Dakar Rally, which this year thunders through Argentina, Bolivia and Chile from January 4 to 17. || CREDIT: FRANCK FIFE – AFP/GETTY IMAGES 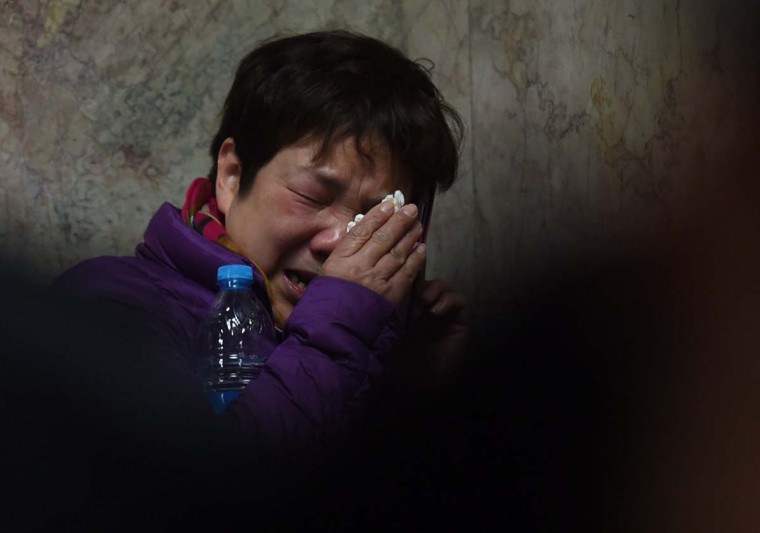 A relative of a victim of a New Year’s Eve stampede cries as she makes a phone call while waiting with other families to identify the bodies, at a hospital in Shanghai on January 1, 2015. The New Year’s stampede on Shanghai’s historic waterfront killed at least 35 revellers, most of them women, and injured dozens more, despite efforts by authorities in China’s commercial hub to mitigate the risk of overcrowding. || CREDIT: GREG BAKER – AFP/GETTY IMAGES 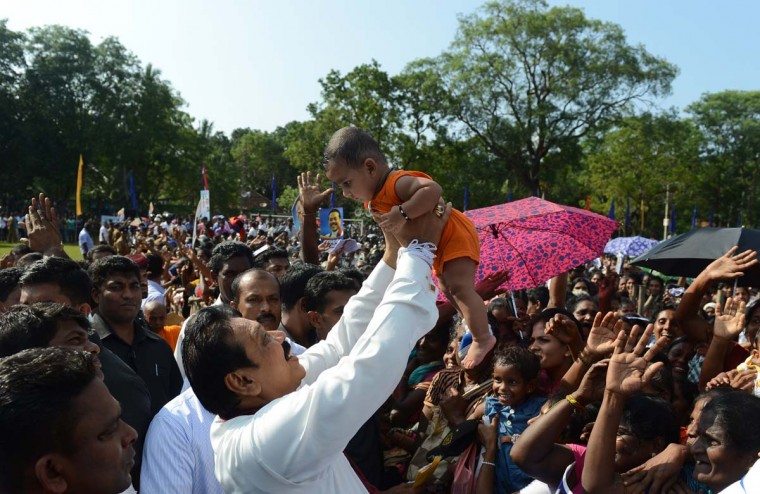 Sri Lankan President Mahinda Rajapakse (L) holds a baby as he interacts with supporters as a rally in the northern town of Vavuniya on January 2, 2015. Sri Lanka’s embattled President Mahinda Rajapakse urged minority Tamils to back him in the January 8, election calling himself the “known devil”, as he pitched for votes in the country’s former war zone. || CREDIT: LAKRUWAN WANNIARACHCHI – AFP/GETTY IMAGES 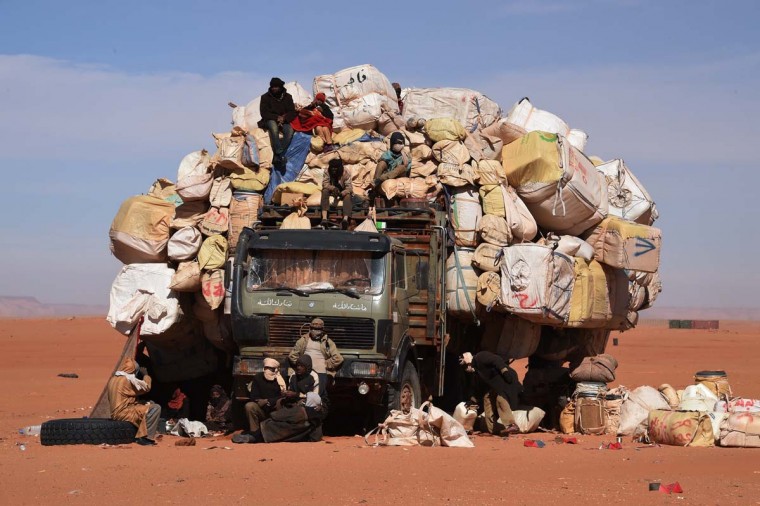 People sit near a fully loaded in Madama near the border with Lybia on January 1, 2015. French Defence Minister Jean-Yves Le Drian paid a surprise visit to northern Niger on January 1, to visit a base being built to combat the growing flow of weapons and jihadists from neighbouring Libya. Le Drian travelled from Chad to Madama, a desert outpost about 100 kilometres from Libya, where he saw in the New Year with troops at a French base. Madama is situated on the route used by jihadists and arms smugglers in southern Libya to reach northern Mali and Niger. || CREDIT: DOMINIQUE FAGET – AFP/GETTY IMAGES 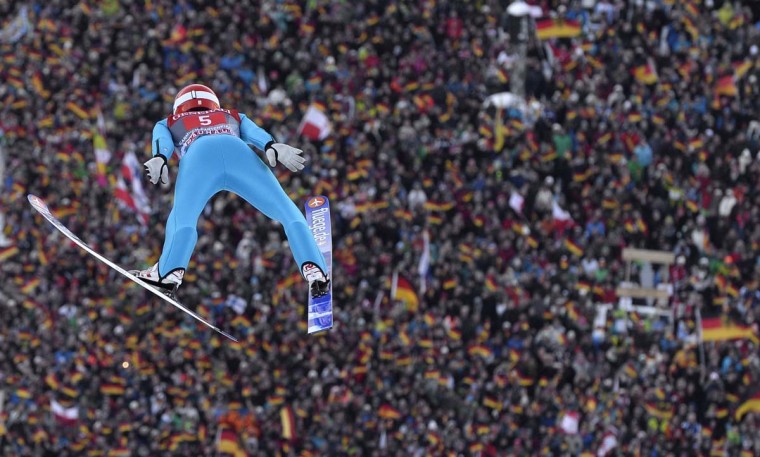 German Richard Freitag competes during the second session of the Four-Hills Ski jumping tournament (Vierschanzentournee) in Garmisch-Partenkirchen, southern Germany on January 1, 2015. The second competition of the Four-Hills Ski jumping event takes place in Garmisch-Partenkirchen, before the tournament continues in Innsbruck (Austria) and in Bischofshofen (Austria). || CREDIT: CHRISTOF STACHE – AFP/GETTY IMAGES 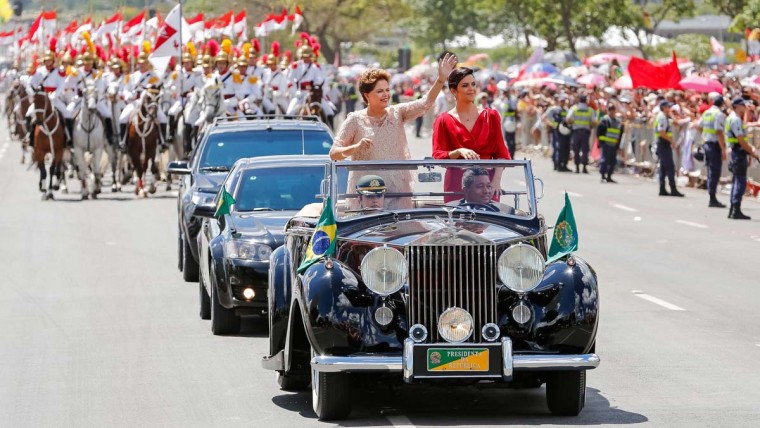 Handout picture released by the Brazilian presidency showing Brazil’s President Dilma Rousseff (L) waving as she heads to the National Congress in Brasilia to take the oath of office for her second term, on January 1, 2015. The 67-year-old left-wing former urban guerrilla begins her second term Thursday, aiming to get economic growth back on track, and to rebuild government credibility after a major kickbacks scandal. Rousseff, the 200 million-strong South American giant’s first female leader, will first be driven in a Rolls Royce down the Ministries Esplanade to Congress, where she will take the oath before heading to the presidential palace to make a national address. ||CREDIT: ROBERTO STUCKERT FILHO – AFP/GETTY IMAGES 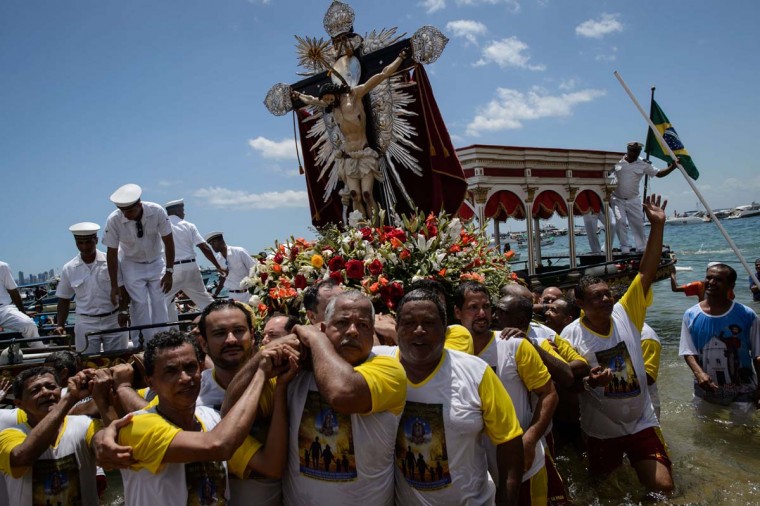 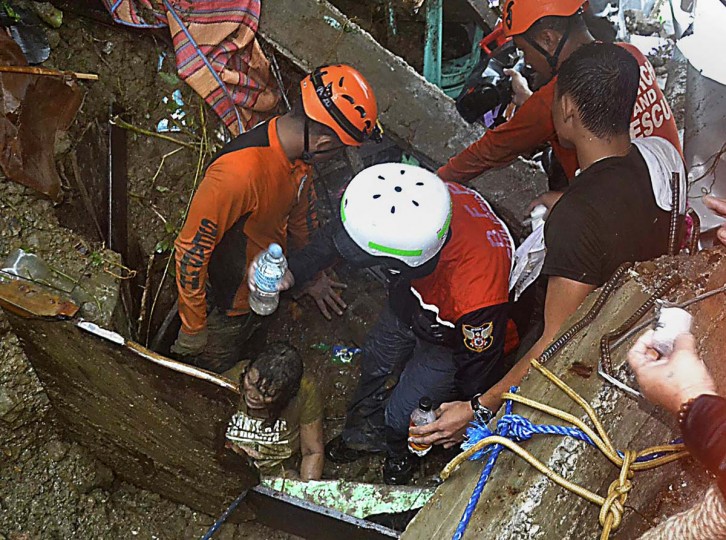 In this photo taken on December 31, 2014, rescuers try to pull out a passenger from a vehicle buried by a mudslide due to heavy rains brought about by Tropical Storm Jiangmi, along a highway in Catbalogan, Western Samar province, in the central Philippines. Tropical storm Jiangmi exited the Philippines on January 1, 2015, leaving at least 54 dead and 13 missing from floods and landslides as officials admitted that more extensive warnings could have saved more lives. The Philippines is battered by about 20 storms every year, many of them deadly. || CREDIT: LITO BAGUNAS – AFP/GETTY IMAGES 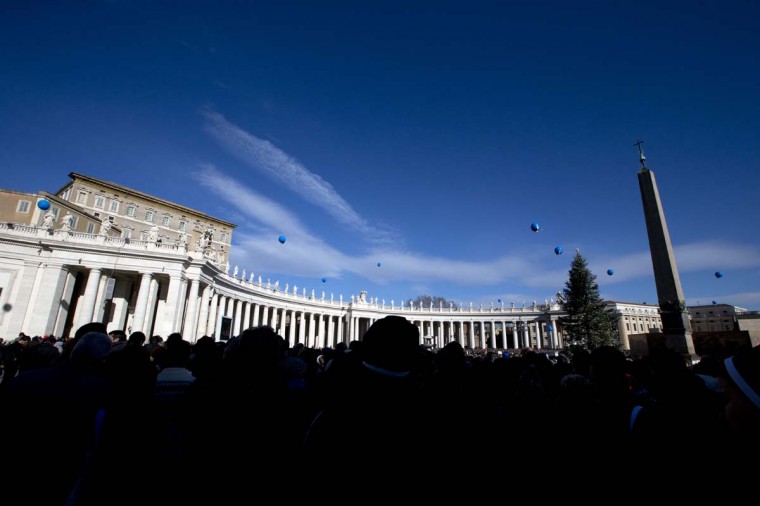 People crowd St. Peter’s Square at the Vatican as Pope Francis delivers his blessing during the Angelus noon prayer he delivered from the window of his studio, Thursday, Jan. 1, 2015. (AP Photo/Andrew Medichini) 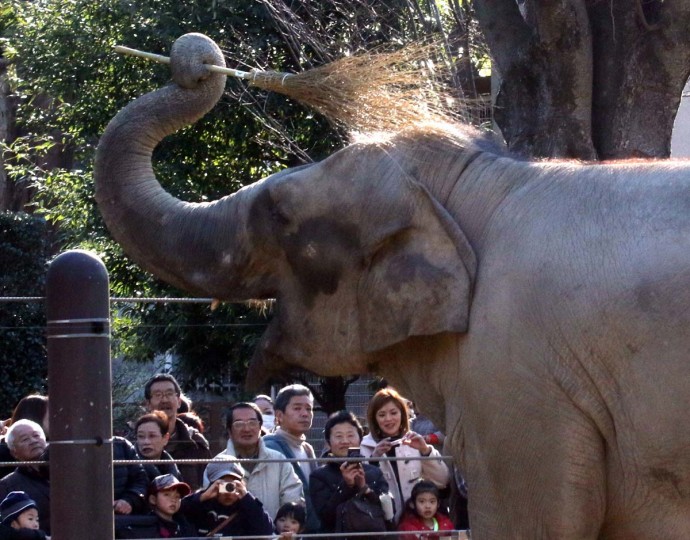 An elephant cleans himself with a broom before receiving a banana from a zookeeper for otoshidama, or New Year’s gift, at the Ueno zoological garden in Tokyo on January 2, 2014. The zoo gave gifts to their animals to attract visitors as the zoo reopened after closing for a four-day year-end holiday. || CREDIT: YOSHIKAZU TSUNO – AFP/GETTY IMAGES 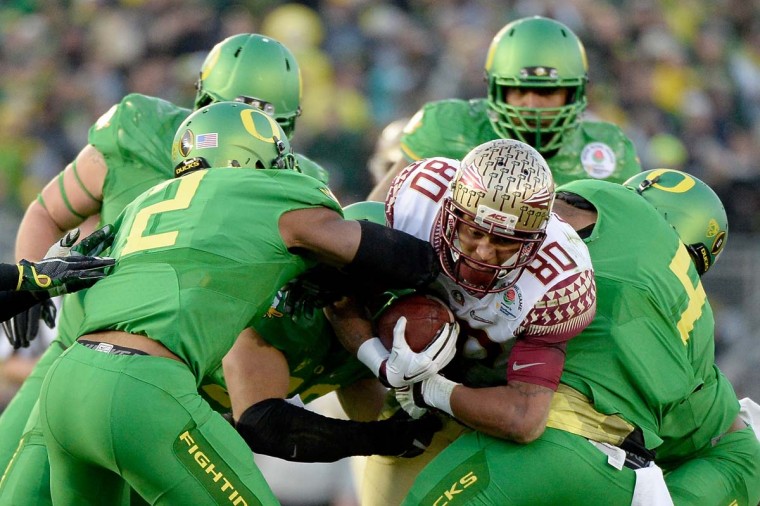 Wide receiver Rashad Greene #80 of the Florida State Seminoles is tackled by the Oregon Ducks in the third quarter during the College Football Playoff Semifinal at the Rose Bowl Game presented by Northwestern Mutual on January 1, 2015 in Pasadena, California. Photo by Harry How/Getty Images 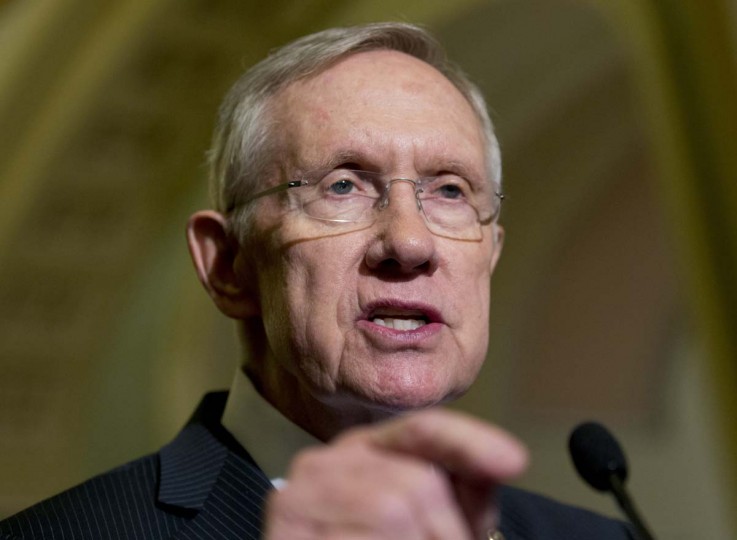 In this Nov. 18, 2014 file photo, Senate Majority Leader Harry Reid, D-Nev. speaks during a news conference on Capitol Hill in Washington. Reid was hospitalized after suffering an injury while exercising in his Nevada home. His office says Reid broke a number of ribs and bones in his face. The injury occurred when a piece of equipment Reid was using to exercise broke, causing the senator to fall. (AP Photo/Carolyn Kaster, File) 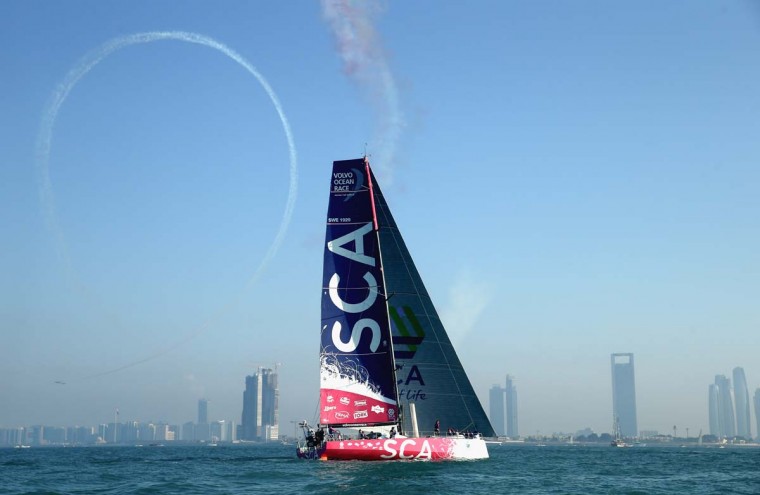 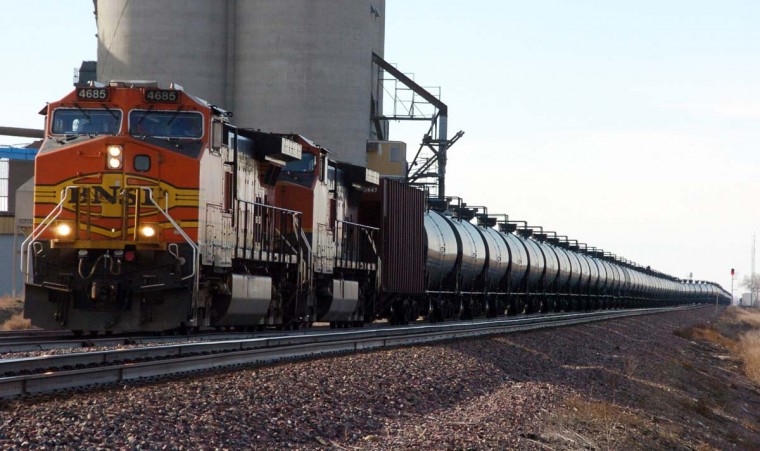 In this Nov. 6, 2013, file photo, a BNSF Railway train hauls crude oil near Wolf Point, Mont. A collapse in oil prices won’t derail the railroads’ profit engine even if it does slow the tremendous growth in crude oil shipments seen in recent years. Railroads went from hauling 9,500 carloads of crude oil in 2008 to 435,560 last year, as production boomed and oil routinely sold for $90 a barrel or more. But even with the surge, crude oil shipments remain less than 2 percent of all the carloads major U.S. railroads deliver. (AP Photo/Matthew Brown, File) 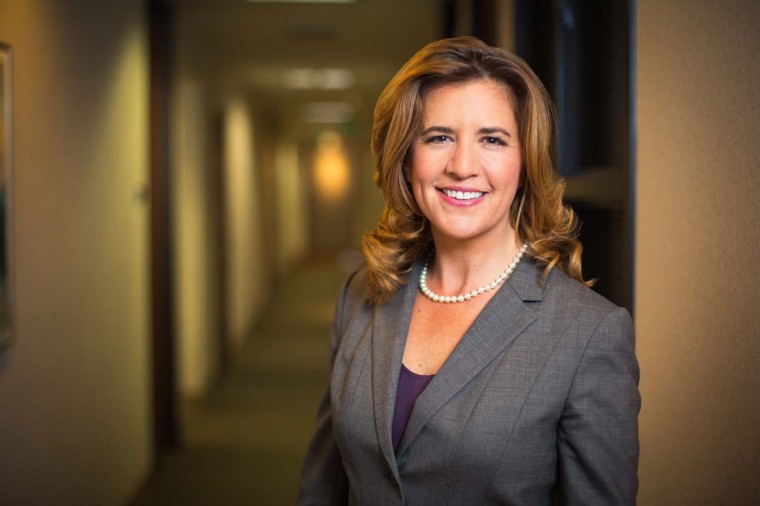 In this Nov. 6, 2014 photo provided by Johnny Shryock, Sonia Luna poses for a photograph at her office in Los Angeles. California just passed a law, first of its kind, requiring utility companies to target gay-owned companies in their procurement efforts. Luna, who is the founder of a small accounting and auditing consulting company, hopes the new law will open more doors and make it easier for her to compete for contracts. (AP Photo/Johnny Shryock) 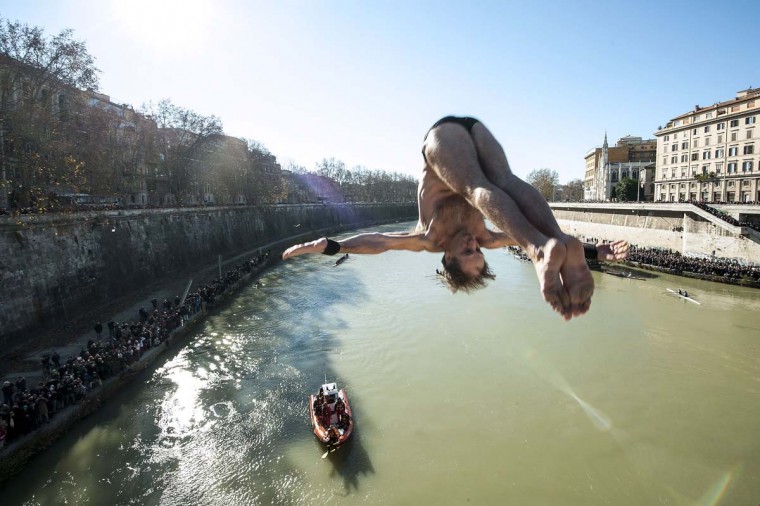 « Plunging into the New Year » Hog Island: Ghost island in the Atlantic