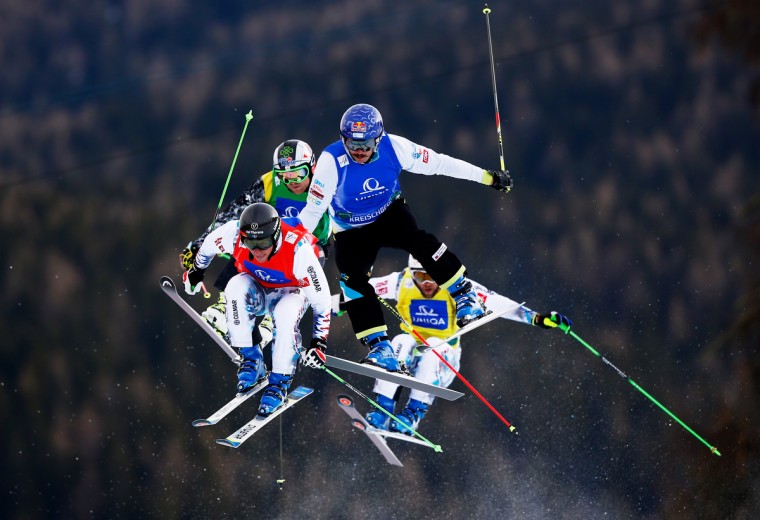 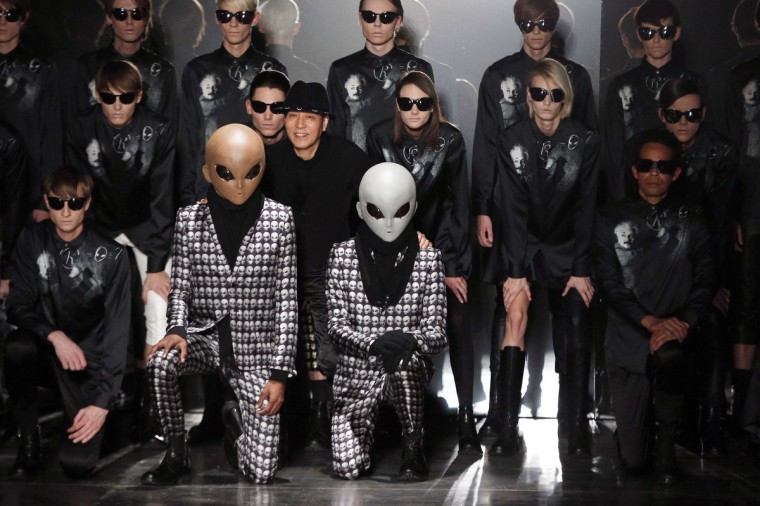 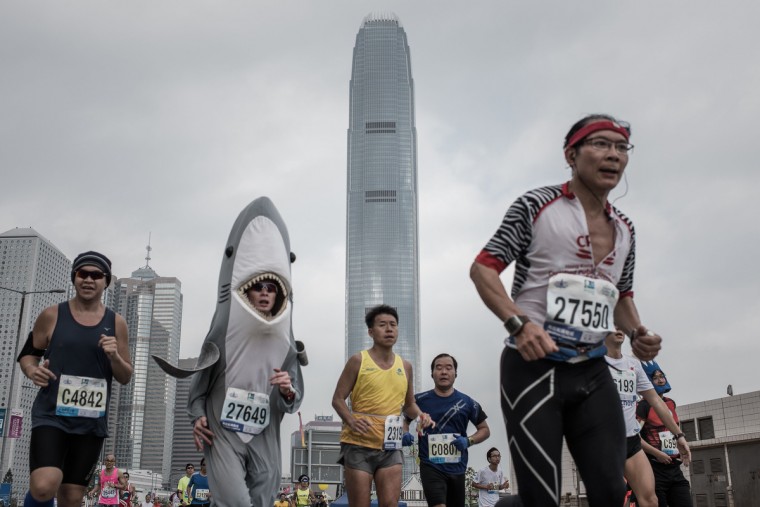 A runner wears a shark costume (2nd L) advocating for the ban of shark fin soups, during the marathon race in Hong Kong on January 25, 2015. Conservationists say booming demand for fins has put pressure on the world’s shark populations, prompting calls for measures to restrict their trade. (Philippe Lopez/Getty Images) 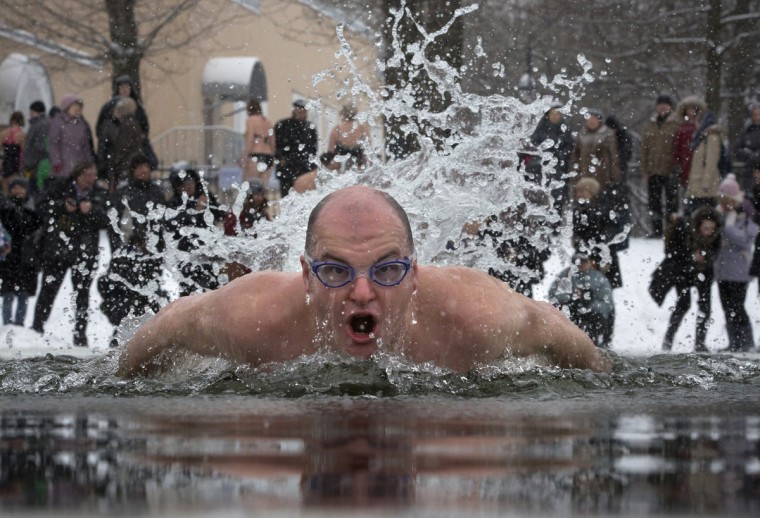 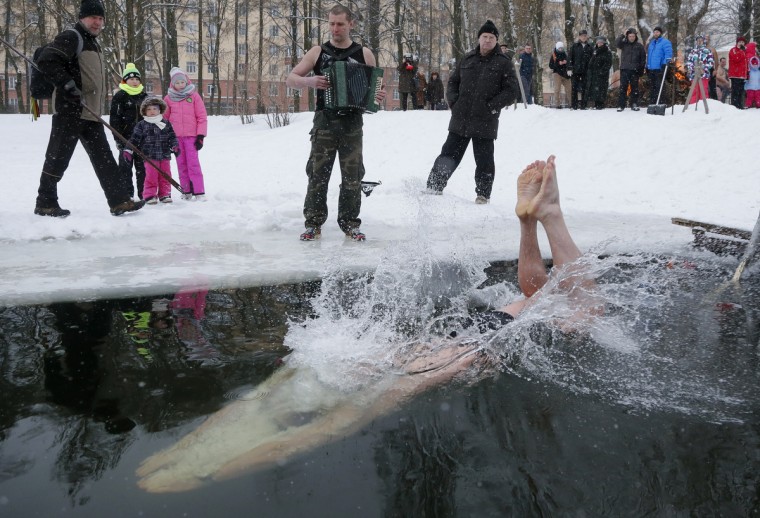 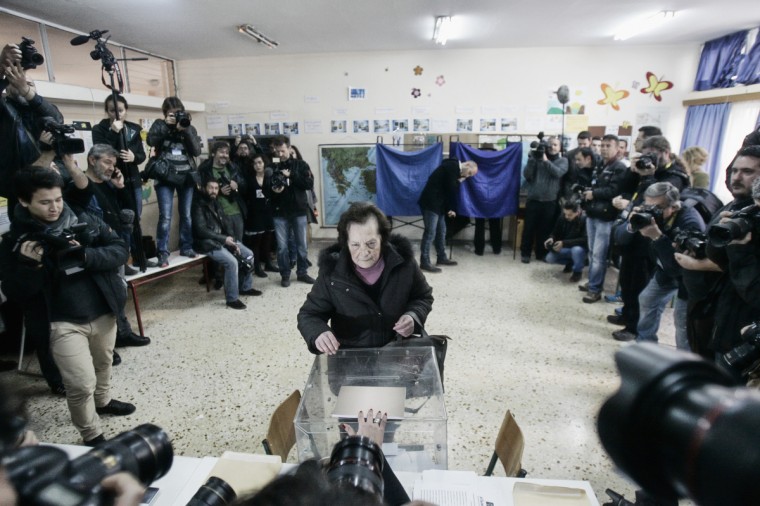 A woman casts her ballot at a polling station in a school in a suburb of Athens near Athens, Greece. According to the latest opinion polls, the left-wing Syriza party are poised to defeat Prime Minister Antonis Samaras’ conservative New Democracy party in the election, which will taking place today. European leaders fear that Greece could abandon the Euro, write off some of its national debt and put an end to the country’s austerity by renegotiating the terms of its bailout if the radical Syriza party comes to power. Greece’s potential withdrawal from the eurozone has become known as the ‘Grexit’. (Milos Bicanski/Getty Images) 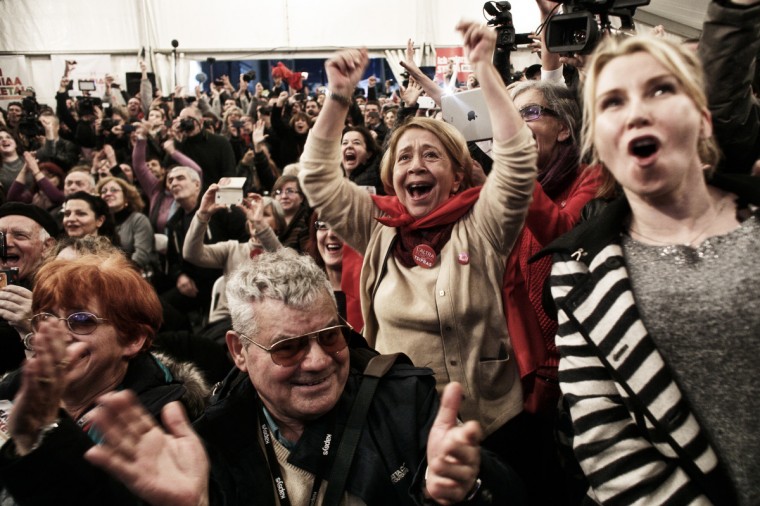 Supporters of the opposition radical leftist Syriza party cheer at exit poll results which indicate that Syriza have a clear lead in Athens, Greece. Greeks are voting in a historic election expected to bring in a government led by the leftwing Syriza party which has promised to take on international lenders and roll back painful austerity measures imposed during years of economic crisis. (Milos Bicanski/Getty Images) 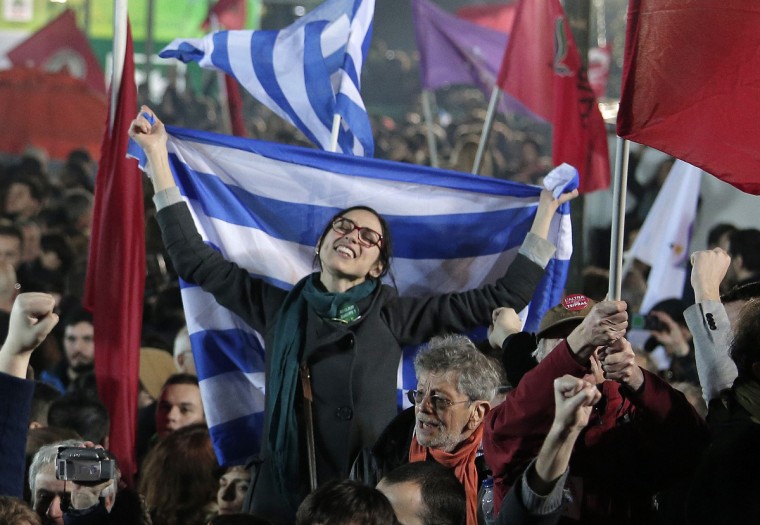 A supporter of Alexis Tsipras leader of Syriza left-wing party holds the Greek flag during a rally outside Athens University Headquarters, Sunday, Jan. 25, 2015. A triumphant Alexis Tsipras told Greeks that his radical left Syriza party’s win in Sunday’s early general election meant an end to austerity and humiliation and that the country’s regular and often fraught debt inspections were a thing of the past. “Today the Greek people have made history. Hope has made history,” Tsipras said in his victory speech at a conference hall in central Athens. (AP Photo/Lefteris Pitarakis) 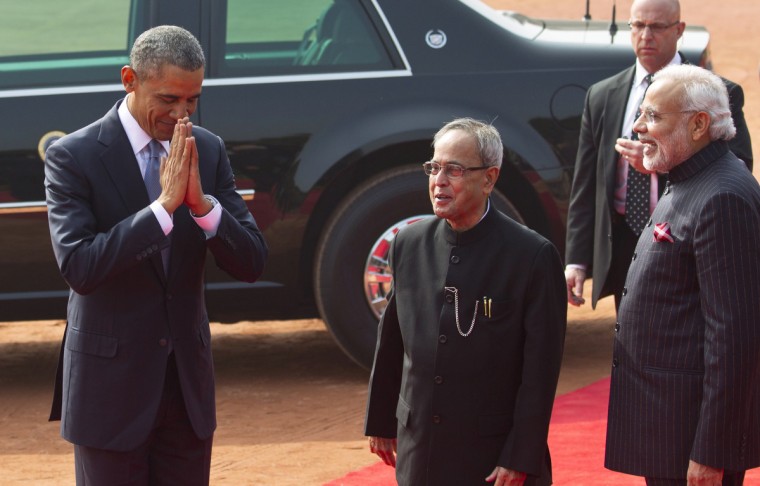 U.S. President Barack Obama folds his hands in a traditional Indian greeting gesture, as Indian President Pranab Mukherjee, center, and Prime Minister Narendra Modi laugh during a ceremonial reception at the Indian presidential Palace in New Delhi, India, Sunday, Jan. 25, 2015. Obama is the first American leader to be invited to attend India’s Republic Day festivities, which commence Monday and mark the anniversary of the enactment of the country’s democratic constitution. (AP Photo/Saurabh Das)

President Barack Obama reviews members of the military during an arrival ceremony at Rashtrapati Bhavan, the presidential palace, in New Delhi, India, Sunday, Jan. 25, 2015. Obama’s arrival Sunday morning in the bustling capital of New Delhi marked the first time an American leader has visited India twice during his presidency. Obama is also the first to be invited to attend India’s Republic Day festivities, which commence Monday and mark the anniversary of the enactment of the country’s democratic constitution. (AP Photo/Carolyn Kaster) 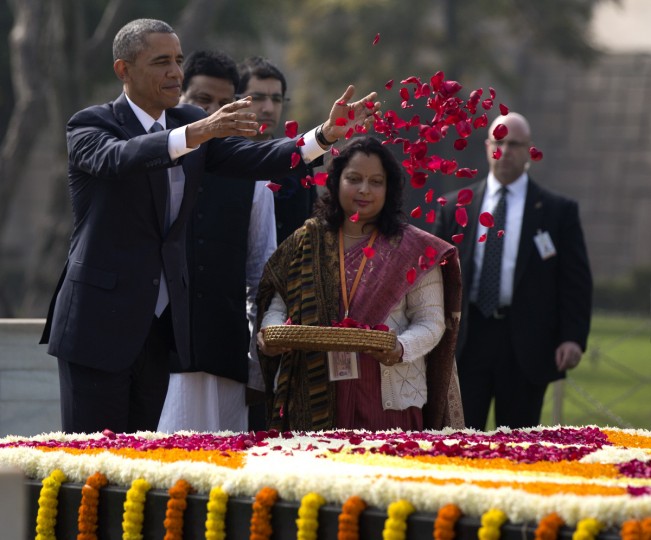 President Barack Obama throws rose petals as he participates in a wreath laying ceremony at the Raj Ghat Mahatma Gandhi Memorial, New Delhi, India, Sunday, Jan. 25, 2015. Obama’s arrival Sunday morning in the bustling capital of New Delhi marked the first time an American leader has visited India twice during his presidency. Obama is also the first to be invited to attend India’s Republic Day festivities, which commence Monday and mark the anniversary of the enactment of the country’s democratic constitution. (AP Photo/Carolyn Kaster) 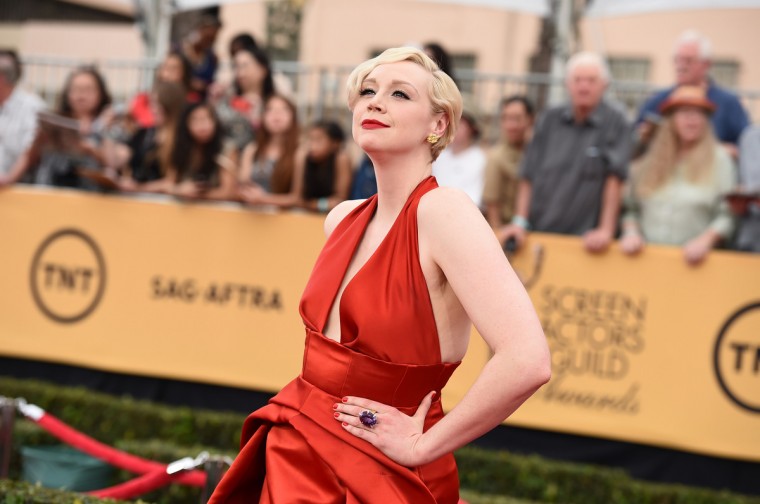 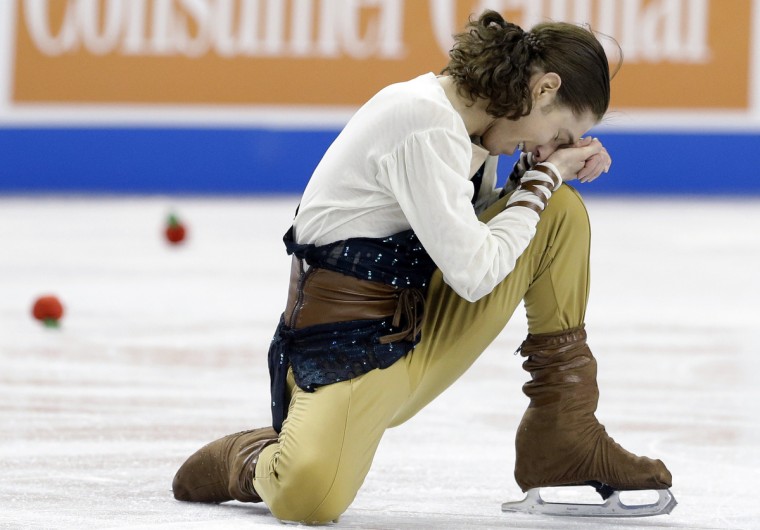 Jason Brown waves to the crowd as he is introduced after winning the men’s free skate program at the U.S. Figure Skating Championships in Greensboro, N.C., Sunday, Jan. 25, 2015. (AP Photo/Chuck Burton) 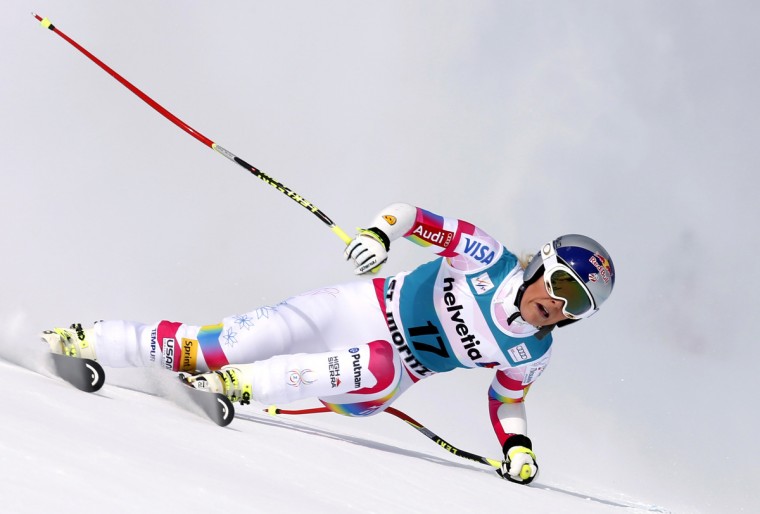 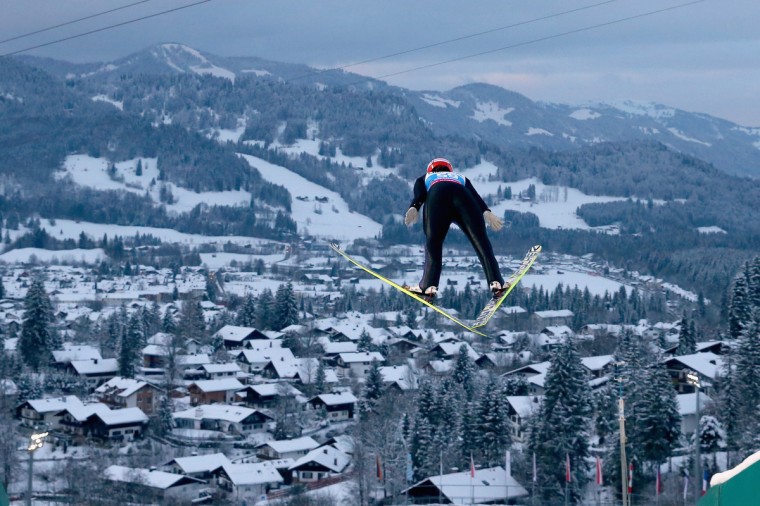 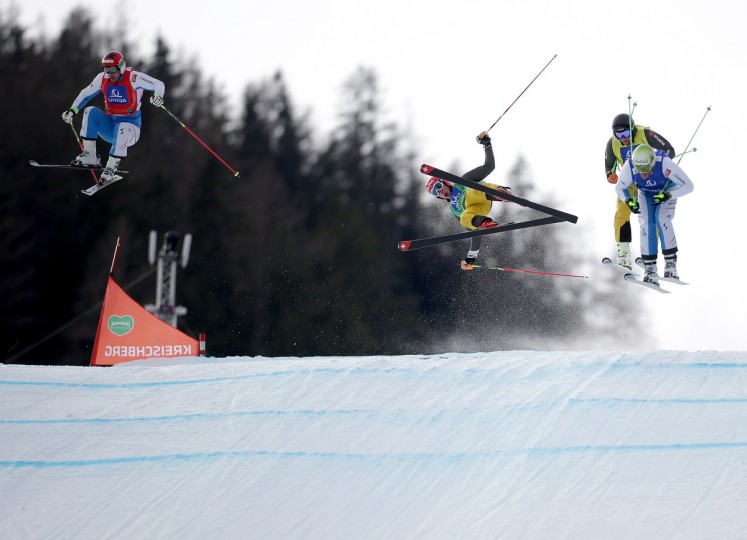 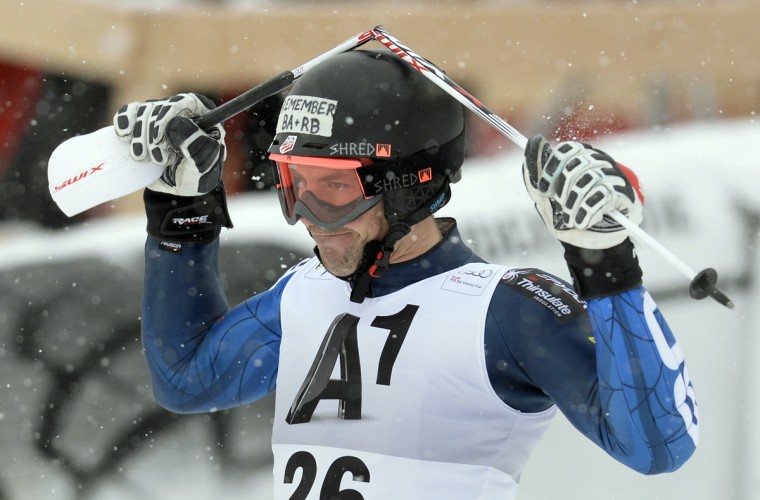 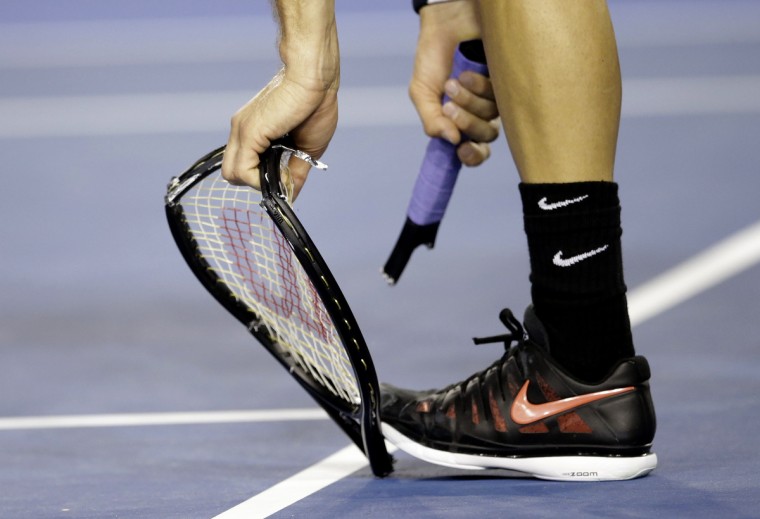 Grigor Dimitrov of Bulgaria breaks his racket as he plays Andy Murray of Britain during their fourth round match at the Australian Open tennis championship in Melbourne, Australia, Monday, Jan. 26, 2015. (AP Photo/Bernat Armangue) 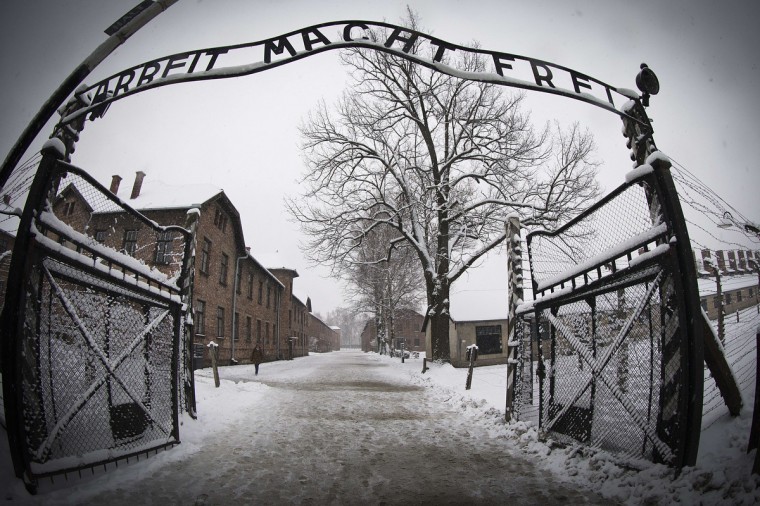 A woman walks through snow near the entrance to the former Nazi concentration camp Auschwitz-Birkenau with the lettering ‘Arbeit macht frei’ (‘Work makes you free’) in Oswiecim, Poland on January 25, 2015, days before the 70th anniversary of the liberation of the camp by Russian forces. (Joel Sagel/Getty Images) 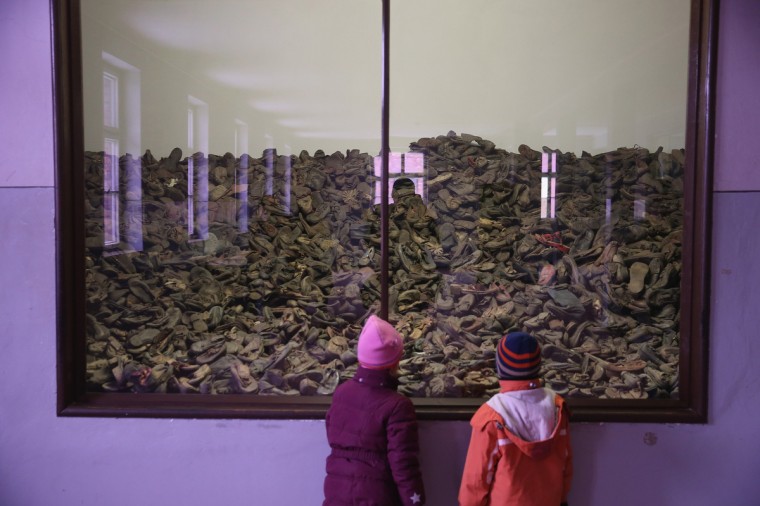 Visiting children look at an exhibit of shoes that belonged to Auschwitz child prisoners at the former Auschwitz I concentration camp, which today is a museum in Oswiecim, Poland. International heads of state, dignitaries and over 300 Auschwitz survivors will commemorate the 70th anniversary of the liberation of Auschwitz by Soviet troops in 1945 on January 27. Auschwitz was among the most notorious of the concentration camps run by the Nazis to enslave and kill millions of Jews, political opponents, prisoners of war, homosexuals and Roma. (Sean Gallup/Getty Images) 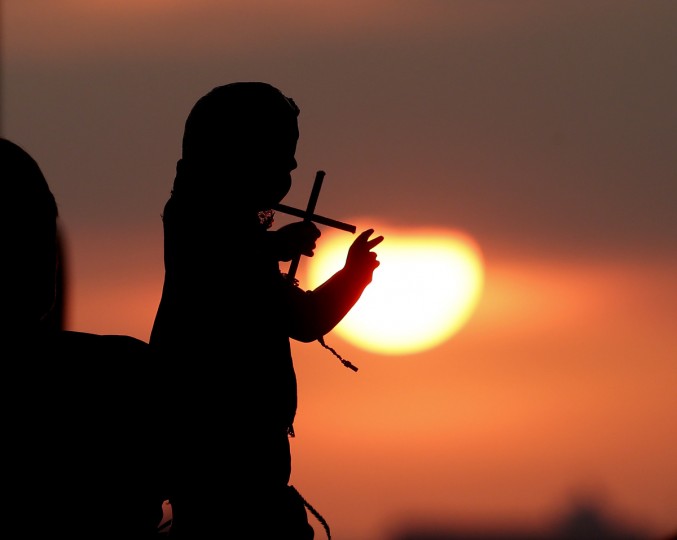 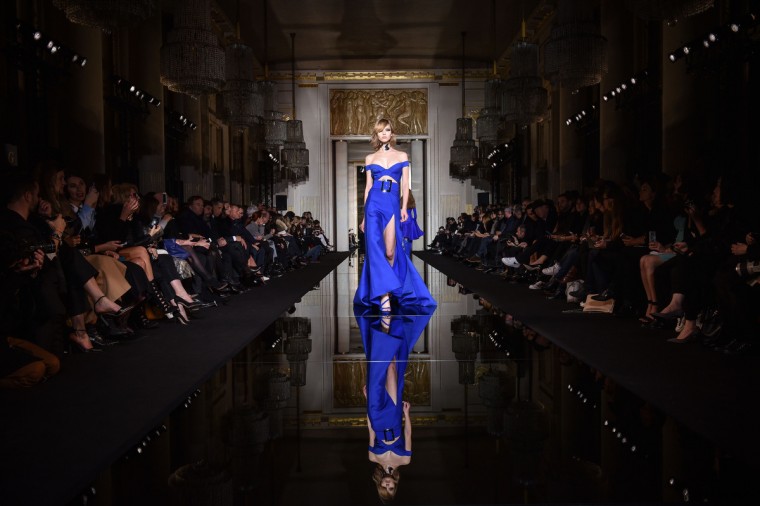 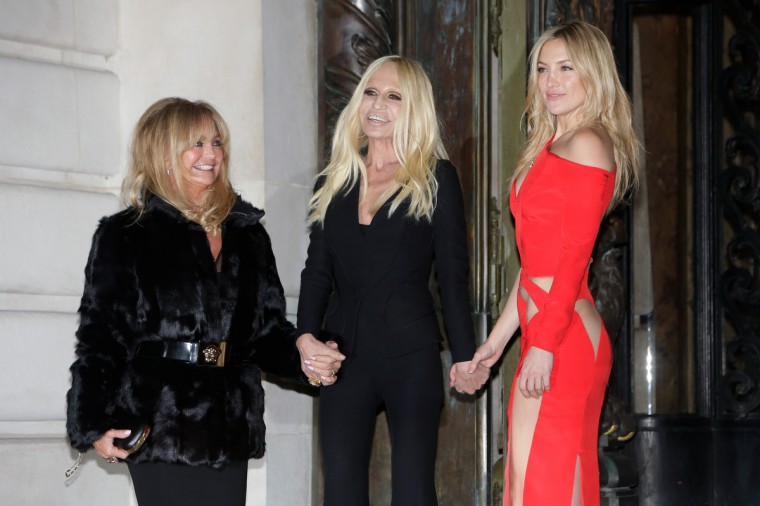 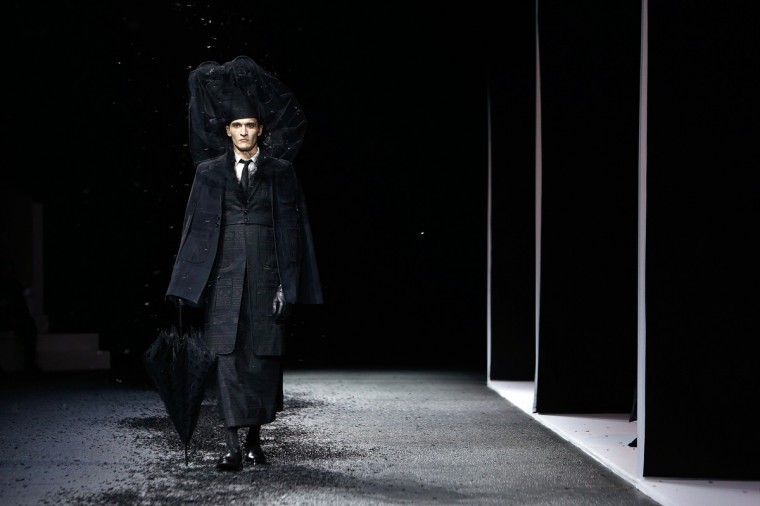 The coffin of Shaimaa el-Sabagh is carried out of the Zenhom morgue in Cairo, Egypt early Sunday, Jan. 25, 2015. On the anniversary of the 2011 uprising that toppled autocrat Hosni Mubarak, activists mourned the death of el-Sabagh, a 32-year-old mother of one from the Mediterranean port city of Alexandria, who was shot Saturday in downtown Cairo while taking part in a gathering commemorating the nearly 900 protesters killed in the revolt. Activists blame police for the death and the government says it is investigating. (AP Photo/Ahmed Abd El-Gwad, El Shorouk Newspaper) 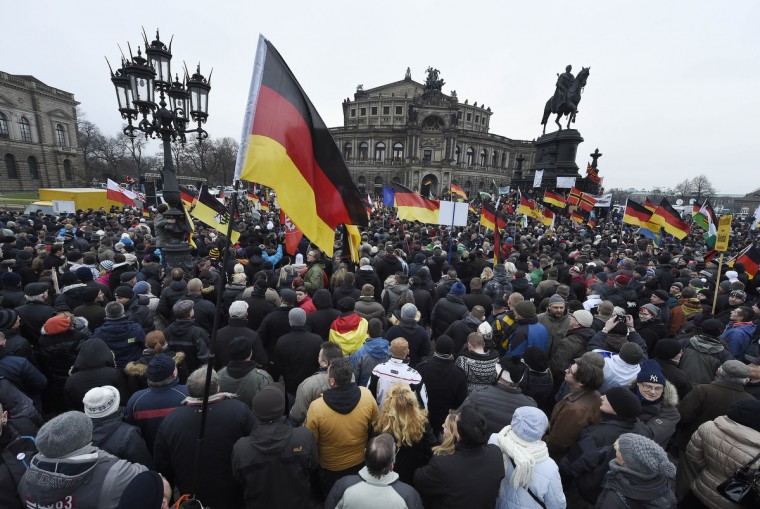 Demonstrators wave flags during a rally of the group Patriotic Europeans against the Islamization of the West, or PEGIDA, in Dresden, Germany, Sunday, Jan. 25, 2015. (AP Photo/Jens Meyer) 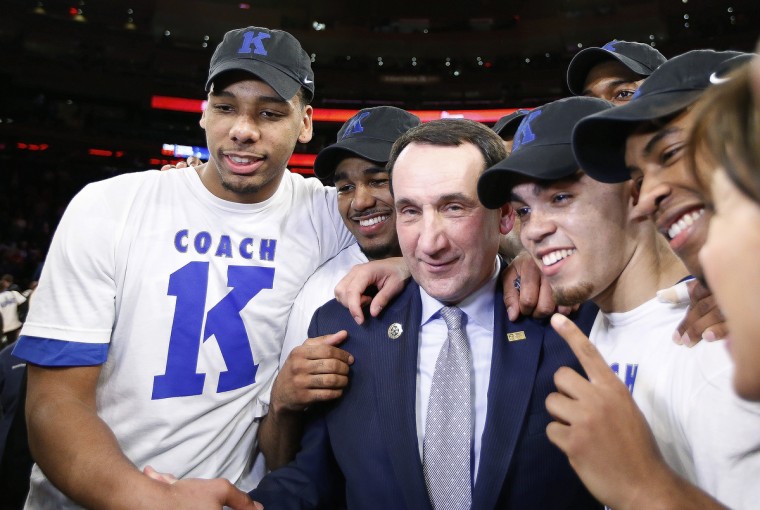 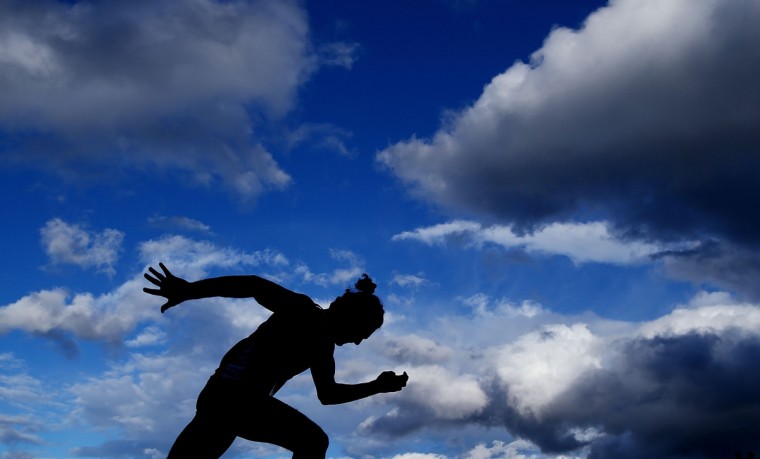 Conrad Coumaros of Victoria competes in the mens 400 metres during the Briggs Athletics Classic in Hobart, Australia. (Mark Nolan/Getty Images) 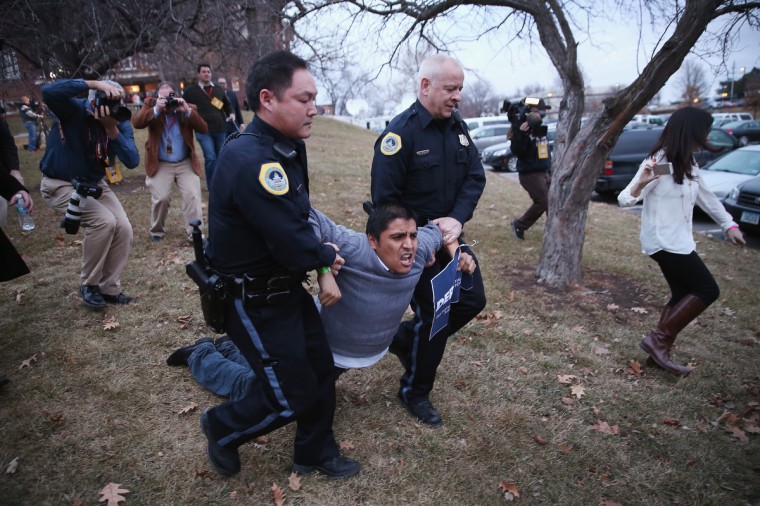 Marco Malagon with the Dream Action Coalition is taken into custody by police after disrupting a speech by former Texas Governor Rick Perry at the Iowa Freedom Summit in Des Moines, Iowa. The summit is hosting a group of potential 2016 Republican presidential candidates to discuss core conservative principles ahead of the January 2016 Iowa Caucuses. (Scott Olson/Getty Images) 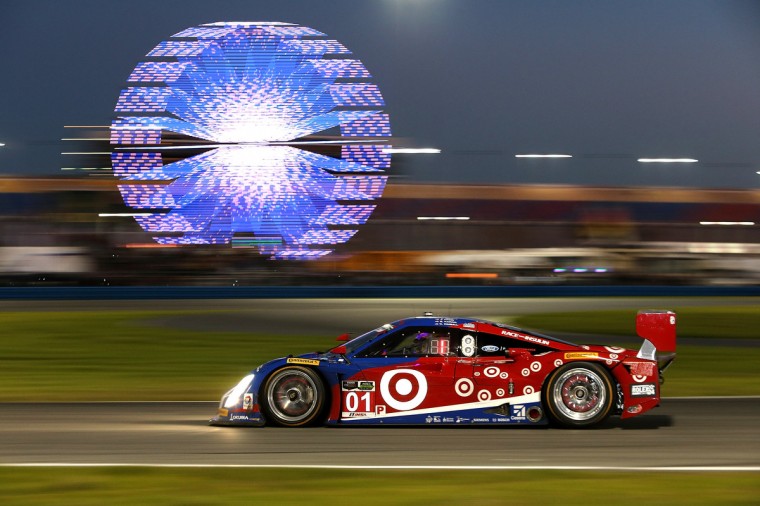