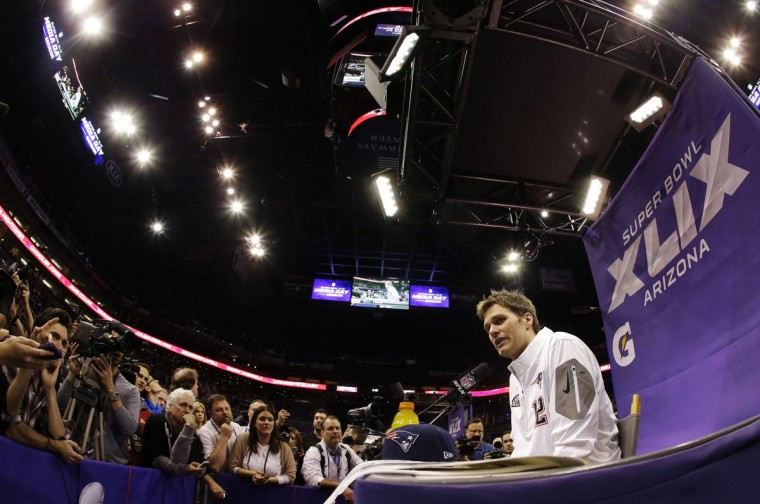 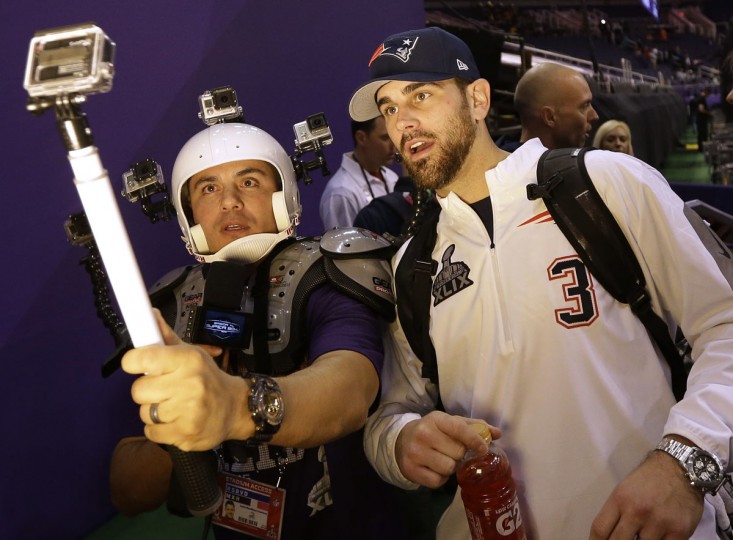 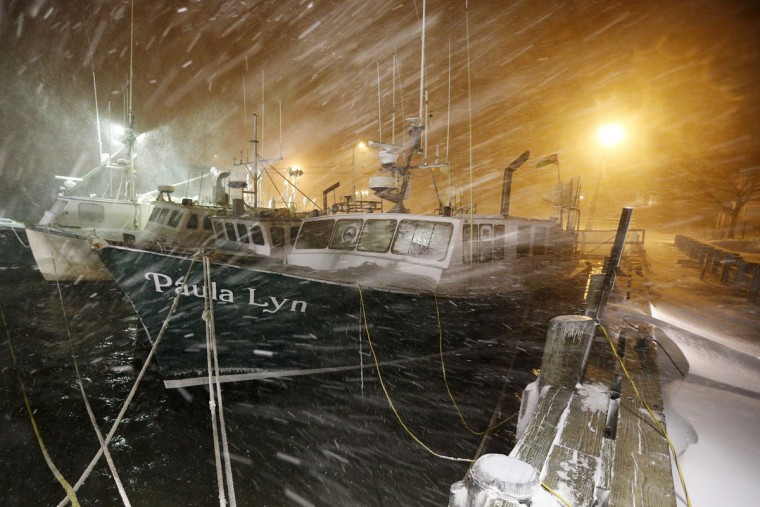 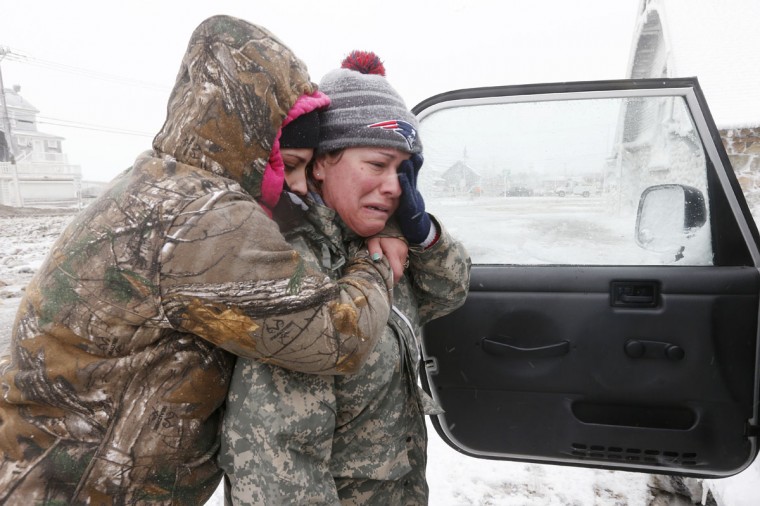 Taylor Millar, left, hugs her friend Jennifer Bruno, after Bruno was forced to vacate her house when it was heavily damaged by ocean waves in a winter storm, Tuesday, Jan. 27, 2015, in Marshfield, Mass. The storm has punched out a section of the seawall in the coastal town of Marshfield, police said. (AP Photo/Michael Dwyer) 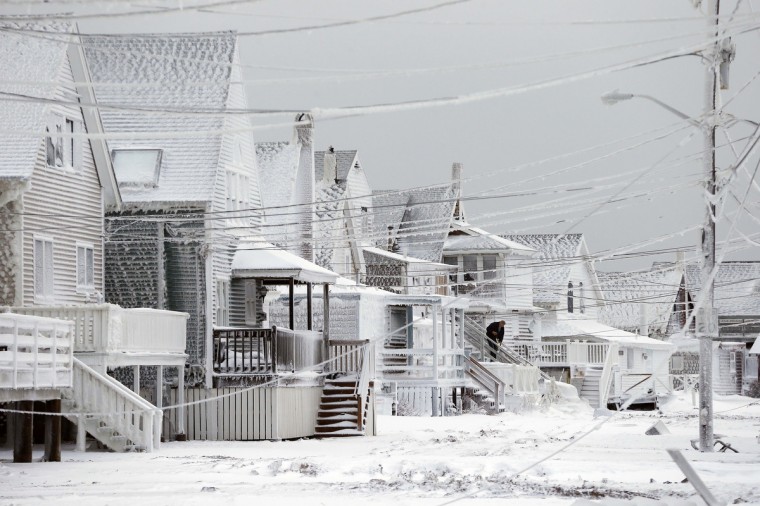 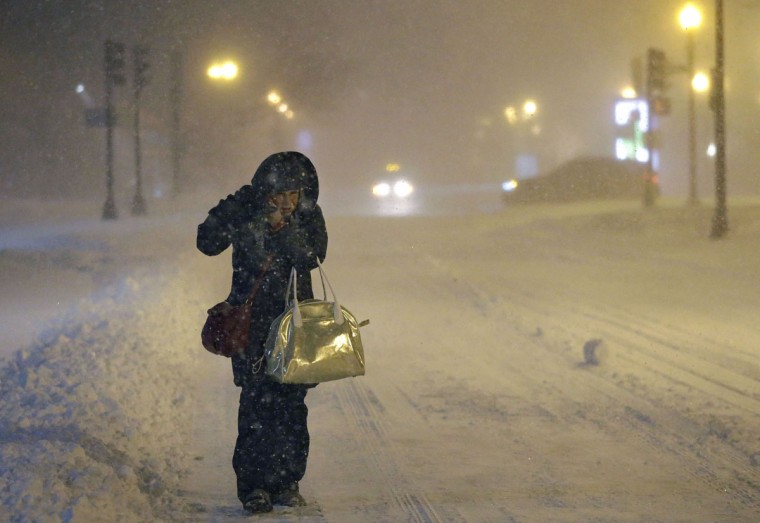 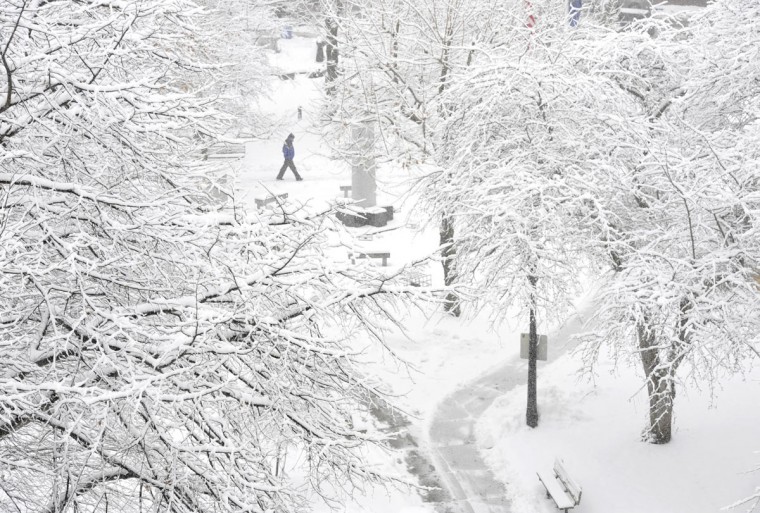 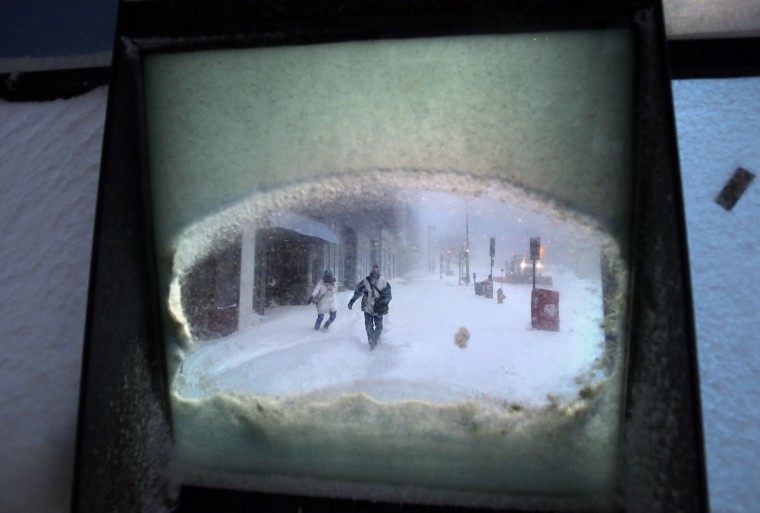 Jennifer Rice and Mike Femia battle wind-driven snow as they make their way to their jobs at a pharmaceutical lab, as seen through a window, Tuesday, Jan 27, 2015, in downtown Portland, Maine. Forecasters with the National Weather Service in Gray have said that much of southern Maine will see 12 to 18 inches of snow, while small bands of intense snowfall will increase those totals in localized areas. (AP Photo/Robert F. Bukaty) 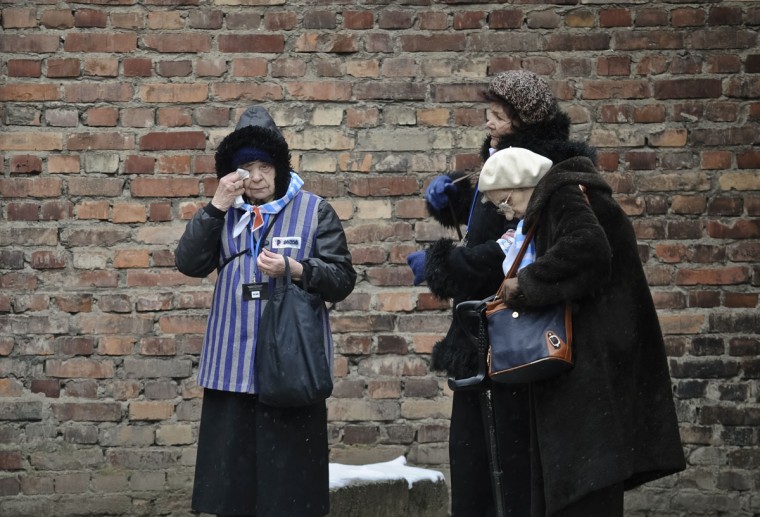 A Holocaust survivor wipes her eye while standing along with others outside a detention block of the Auschwitz Nazi death camp in Oswiecim, Poland, Tuesday, Jan. 27, 2015. Some 300 Holocaust survivors traveled to Auschwitz for the 70th anniversary of the death camp’s liberation by the Soviet Red Army in 1945, down from 1,500 who attended the event 10 years ago.(AP Photo/Alik Keplicz) 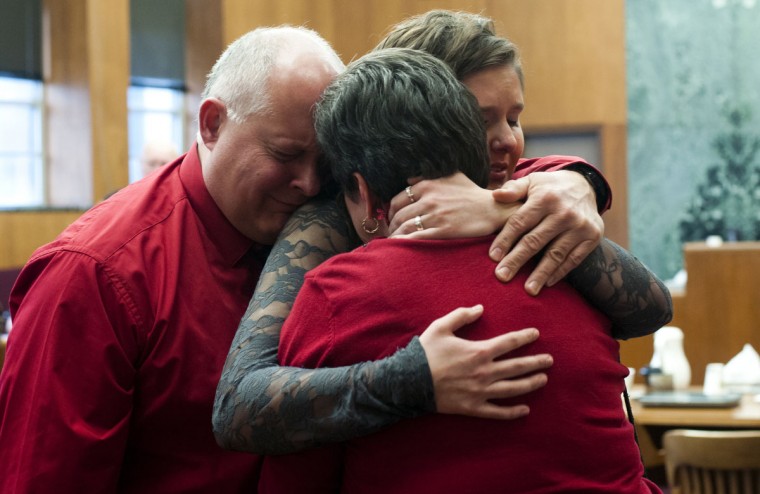 Thom DeWolf, left, hugs his daughter Rachel, center, and wife, Kris, at the Washtenaw County Trial Court, Tuesday, Jan. 27, 2015, in Ann Arbor, Mich. Joei Jordan was convicted for his role in the death of Paul DeWolf, a University of Michigan medical student who was shot during a 2013 armed robbery at the fraternity where he lived. (AP Photo/The Ann Arbor News, Nicole Hester) 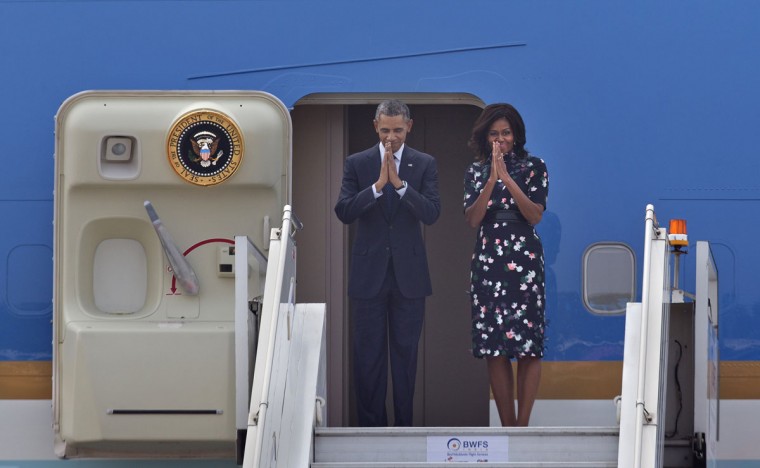 U.S. President Barack Obama and first lady Michelle Obama fold their hands together in a traditional Indian greeting gesture as they prepare to board Air Force One in New Delhi, India, Tuesday, Jan. 27, 2015. Obama gently nudged India Tuesday to fulfill its constitution’s pledge to uphold the “dignity of the individual,” drawing on his own experience as a minority in the United States as he closed out a three-day visit to New Delhi. (AP Photo /Manish Swarup) 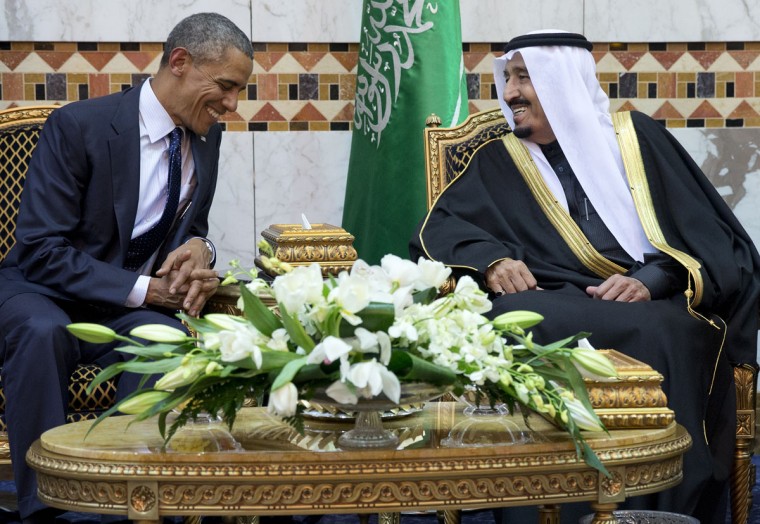 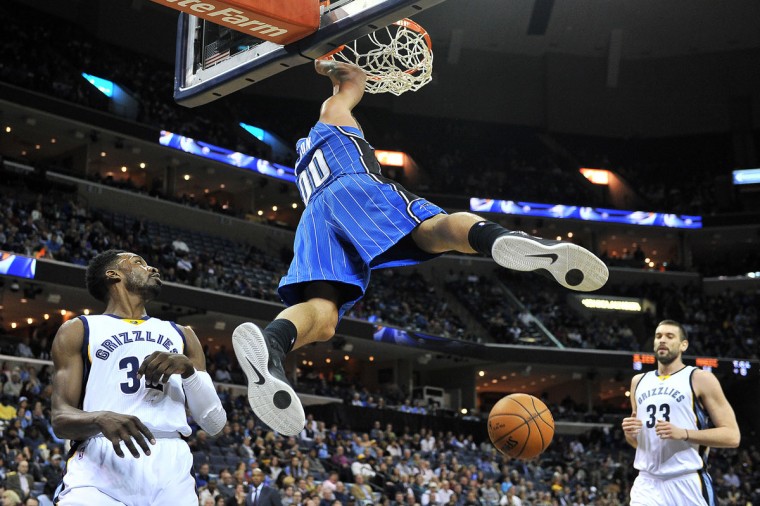 Orlando Magic forward Aaron Gordon (00) hangs from the rim after dunking the ball between Memphis Grizzlies forward Jeff Green (32) and center Marc Gasol (33) in the first half of an NBA basketball game Monday, Jan. 26, 2015, in Memphis, Tenn. (AP Photo/Brandon Dill) 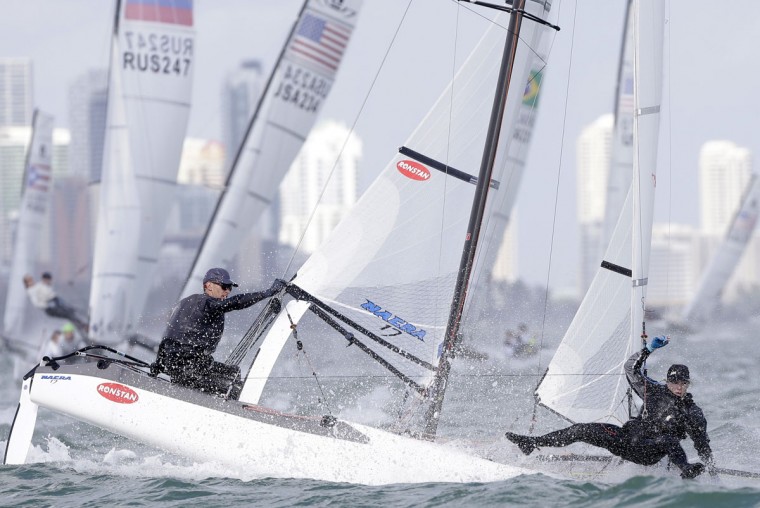 Stephanie Roble, right, falls into the water as she and Tripp Burd, of the USA, compete in the Nacra 17 class during the ISAF Sailing World Cup Miami on Biscayne Bay, Monday, Jan. 26, 2015, in Miami. Sailors from 63 countries are competing in the regatta featuring Olympic and Paralympic class racing. (AP Photo/Lynne Sladky) 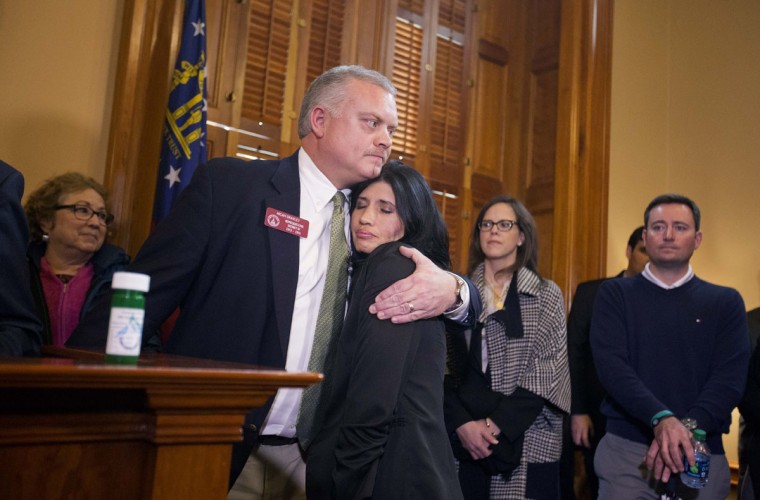 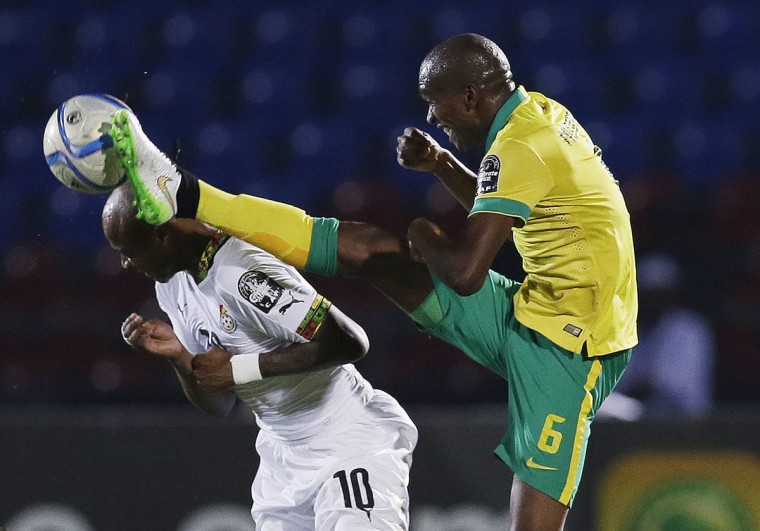 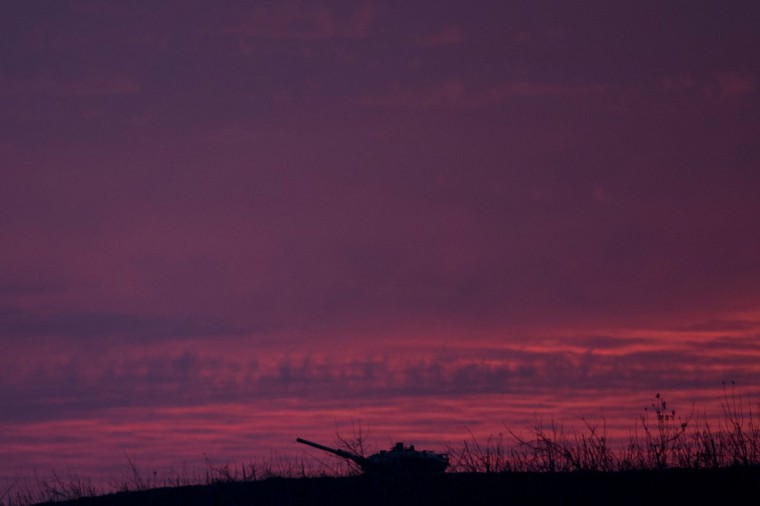 An old nonoperational Israeli tank sits in the Israeli-controlled Golan Heights near the border with Syria, Tuesday, Jan. 27, 2015. At least two rockets launched from Syria struck the Israeli-controlled Golan Heights on Tuesday and Israel responded with artillery fire, the Israeli military said. The fire comes after an airstrike last week in Syria attributed to Israel that killed six members of the Lebanese militant group Hezbollah and an Iranian general. Iran’s official IRNA news agency is reporting the country has sent a warning to Israel through the United States over the recent killing of an Iranian general in the alleged Israeli airstrike. (AP Photo/Ariel Schalit) 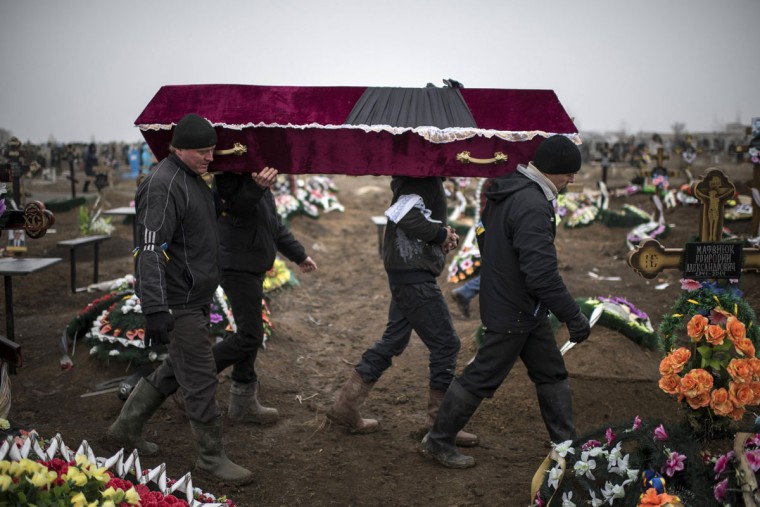 Ukrainian municipal woakers carry a coffin bearing the body of Vitaliy Sirotenko, who was killed Saturday during an attack in Mariupol, Ukraine, on Tuesday Jan. 27, 2015. A lull in the fighting in December had raised hopes for a peaceful settlement, but hostilities have escalated again in recent weeks as the rebels launched a series of new offensives. Russia has blamed the renewed fighting on the Ukrainian side, saying it has tried to settle the conflict by force. (AP Photo/Evgeniy Maloletka) 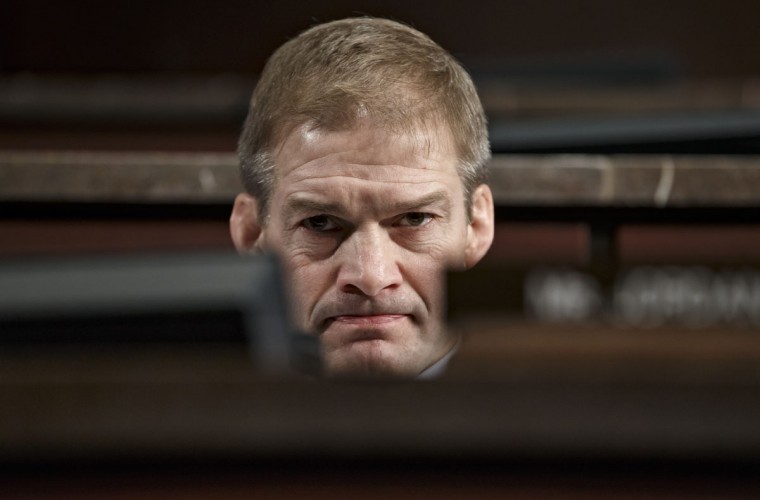