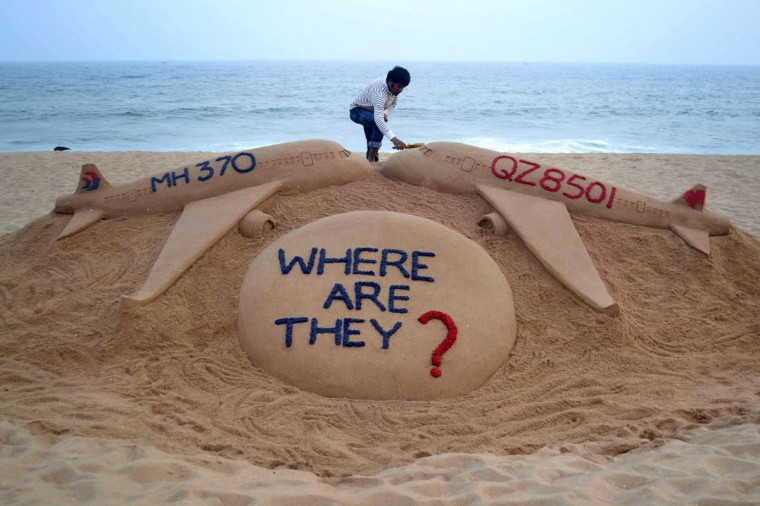 Indian sand artist Sudarsan Pattnaik gives the final touches to his sand sculpture portraying two missing aircraft, Air Asia QZ8501 and Malayasia Airlines MH370 on Golden Sea Beach at Puri, some 65 kms east of Bhubaneswar on December 29, 2014. An AirAsia Airbus plane with 162 people on board went missing en route from Surabaya in Indonesia to Singapore early on December 28, officials and the airline said, in the third major incident to affect a Malaysian carrier this year. (Strstrdel/AFP/Getty Images) 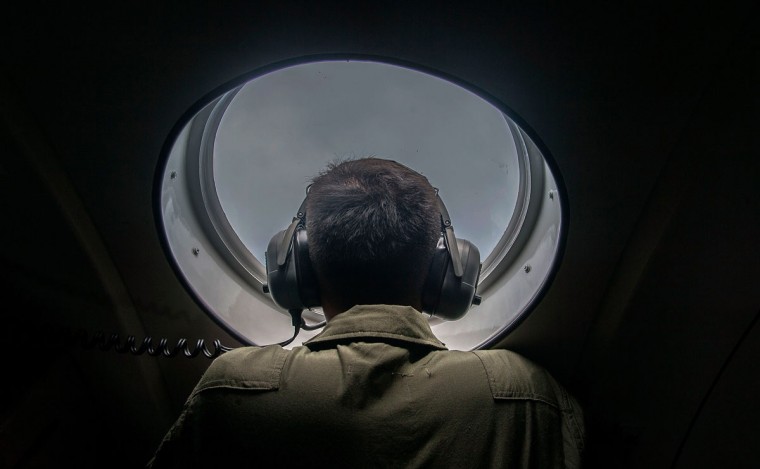 A member of the Indonesian military looks out of the window during a search and rescue (SAR) operation for missing Malaysian air carrier AirAsia flight QZ8501, over the waters of the Java Sea on December 29, 2014. Multinational teams searched on December 29 for any sign of the AirAsia plane missing off Indonesia with 162 people on board, but one top official warned it was likely at the bottom of the sea. (Juni Kristwanto/AFP/Getty Images) 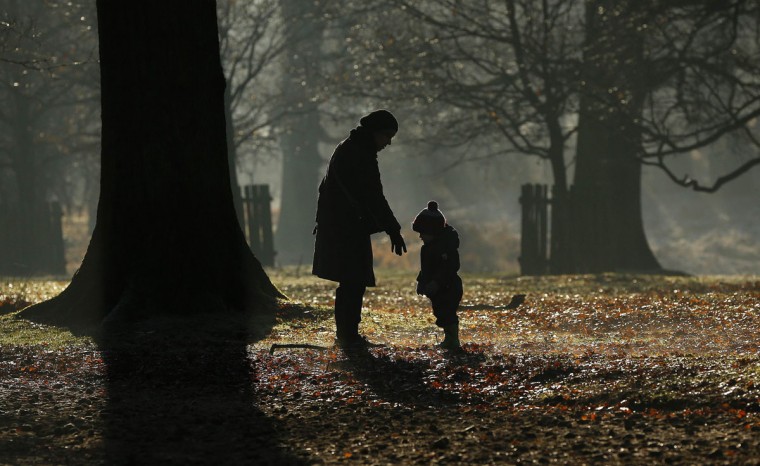 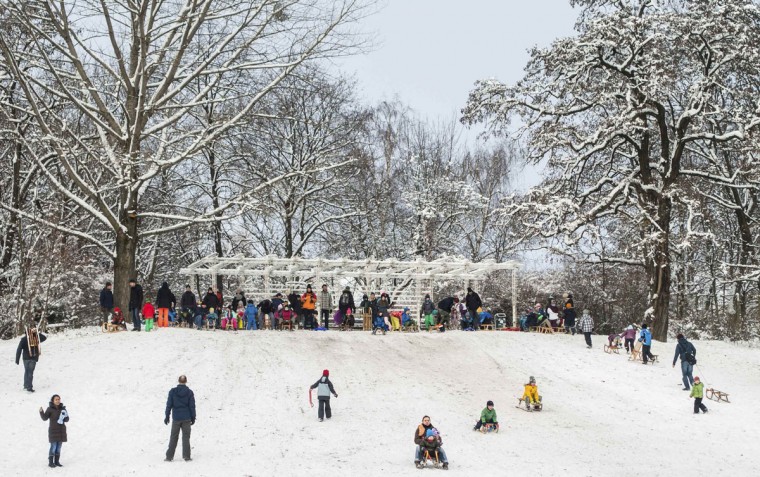 People sledge after snowfalls on a small hill in a park in Berlin December 29, 2014. (Hannibal Hanschke/Reuters) 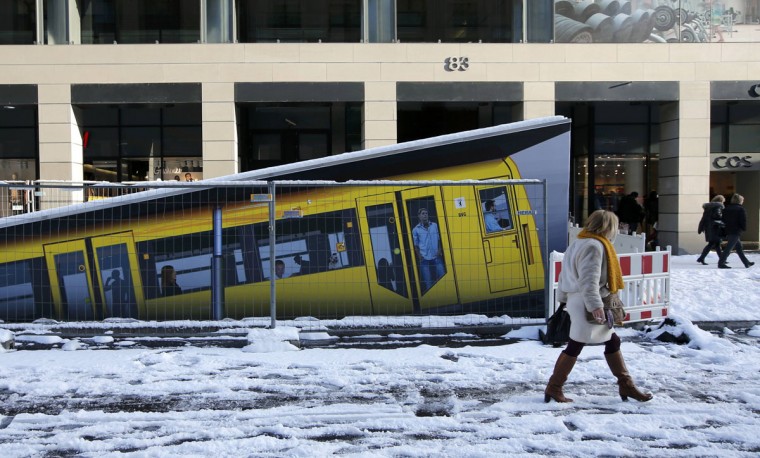 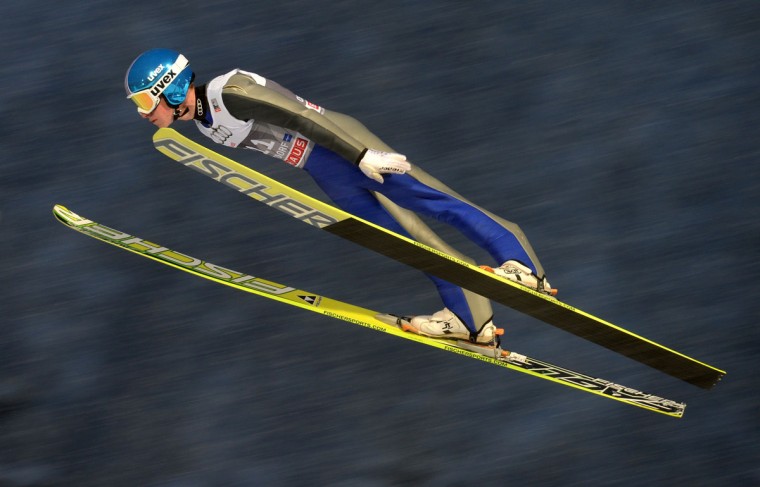 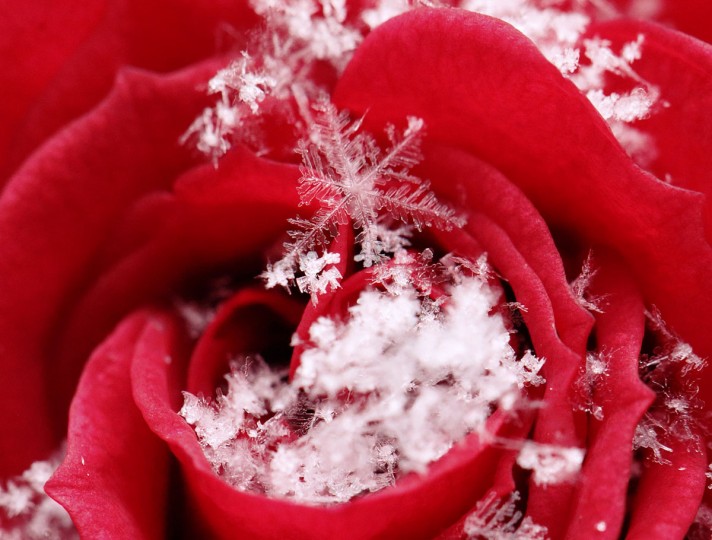 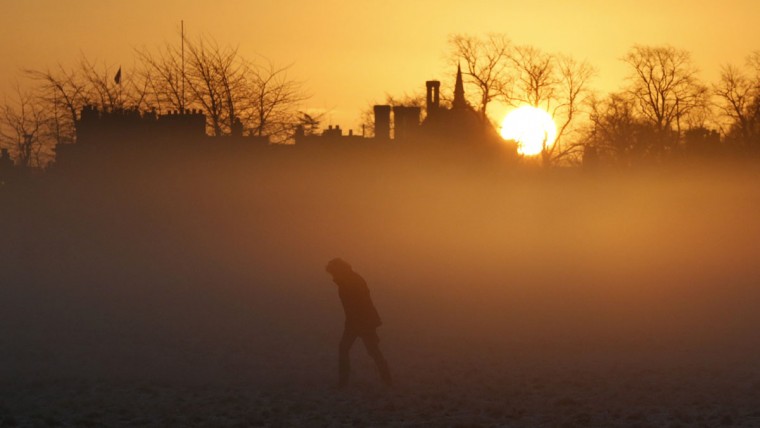 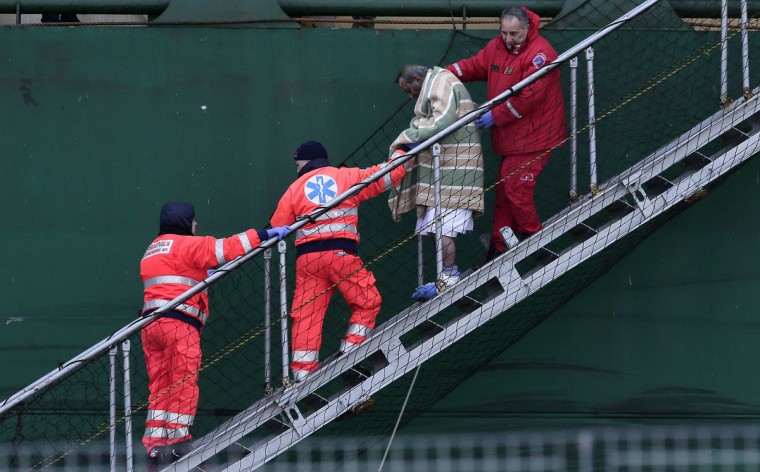 A wounded passenger is helped as he leaves from the ” Spirit of Piraeus ” cargo container ship at Bari harbour, after the car ferry Norman Atlantic caught fire in waters off Greece December 29, 2014. Rescue teams working through the night have pulled 265 people off a stricken car ferry which caught fire off the coast of Greece but more than 200 are stranded on board, the Italian navy said on Monday. (Yara Nardi/Reuters) 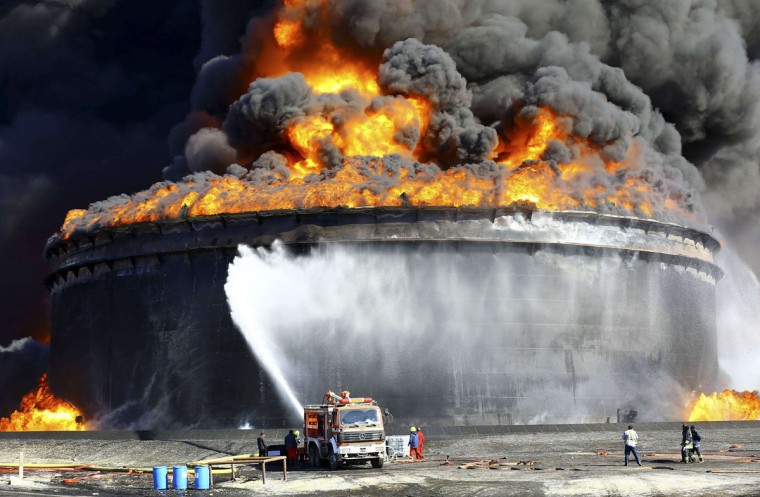 Firefighters work to put out the fire of a storage oil tank at the port of Es Sider in Ras Lanuf December 29, 2014. Oil tanks at Es Sider have been on fire for days after a rocket hit one of them, destroying more than two days of Libyan production, officials said on Sunday. Libya has appealed to Italy, Germany and the United States to send firefighters. (Stringer/Reuters) 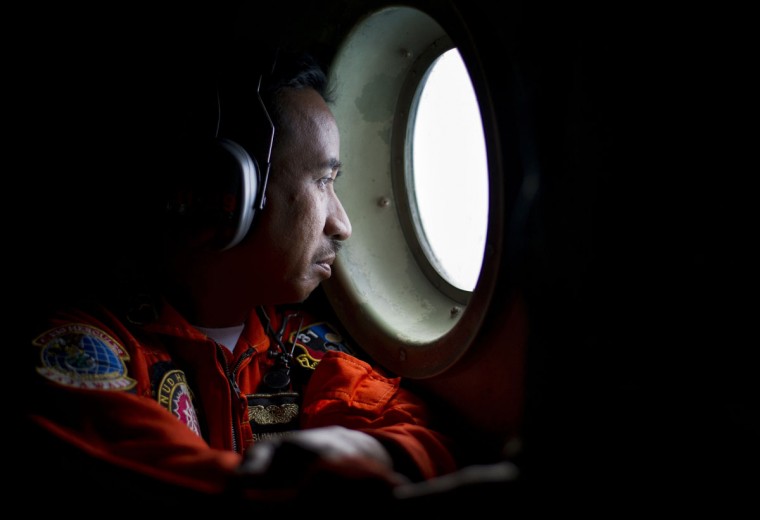 A member of an Indonesian Hercules C130 aircrew watches through a window while monitoring the Belitung Timur sea during search operations for AirAsia flight QZ8501 near Belitung island, December 29, 2014 in this photo taken by Antara Foto. (Wahyu Putro/Reuters) 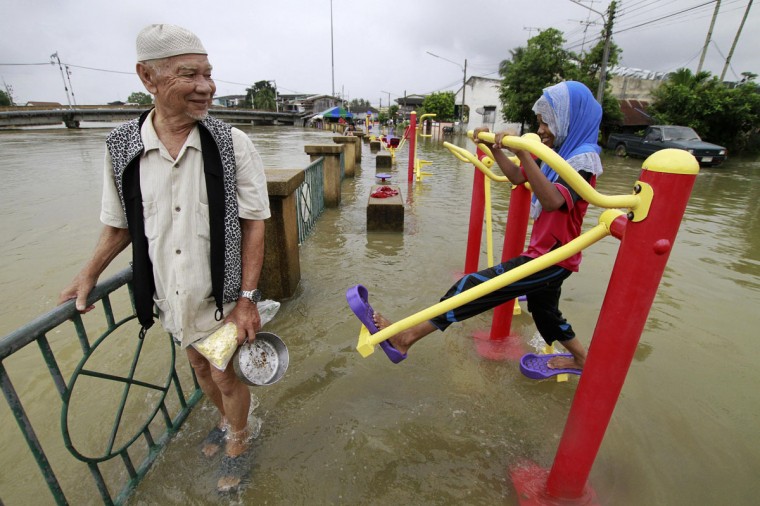 A man wades through a flooded street as a girl uses an exercise machine in the Pattani province December 29, 2014. Many parts of Thailand’s southern provinces remain flooded and more heavy rains and strong winds were expected until the New Year, local media reported. (Surapan Boonthanom/Reuters) 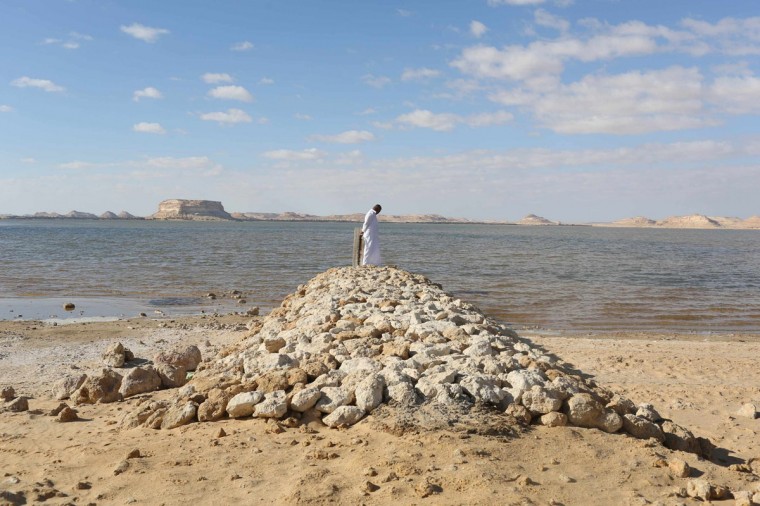 A man stands on a small bridge over the salt lake at a farm near the Salinas of Siwa November 22, 2014. Situated about 17 meters below sea level, Siwa faces problems of salt water flooding the land. Residents of Siwa have been hurt by declining tourism in Egypt, which received 9.5 million tourists last year, down from over 14.7 million tourists in 2010, before the uprising that ousted autocrat Hosni Mubarak. Nationwide, the situation is gradually improving and the government says tourism could recover to pre-crisis levels next year if regional turmoil spares Egypt. But Siwa, located just 50 km (30 miles) from war-torn Libya, still sees only a fraction of the tourists that once visited the desert oasis, the head of Siwa’s tourism authority says. (Asmaa Waguih/Reuters) 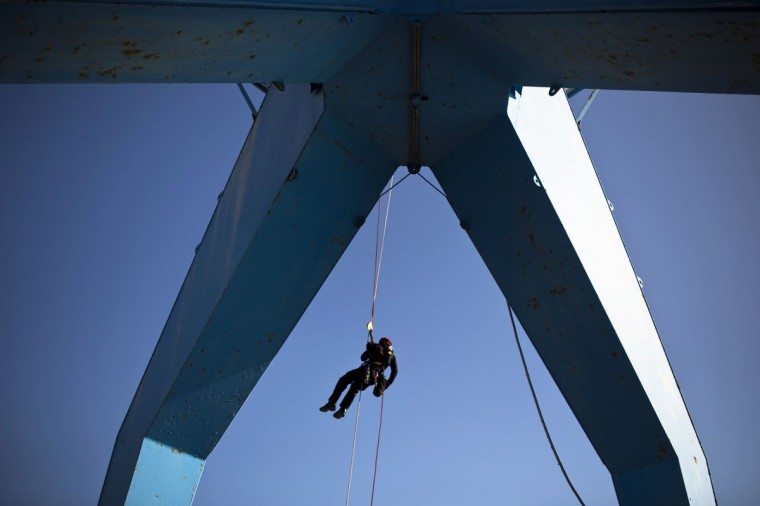 An Israeli fire fighter rappels down a rope during a rescue drill at Ashdod port December 29, 2014. (Amir Cohen/Reuters) 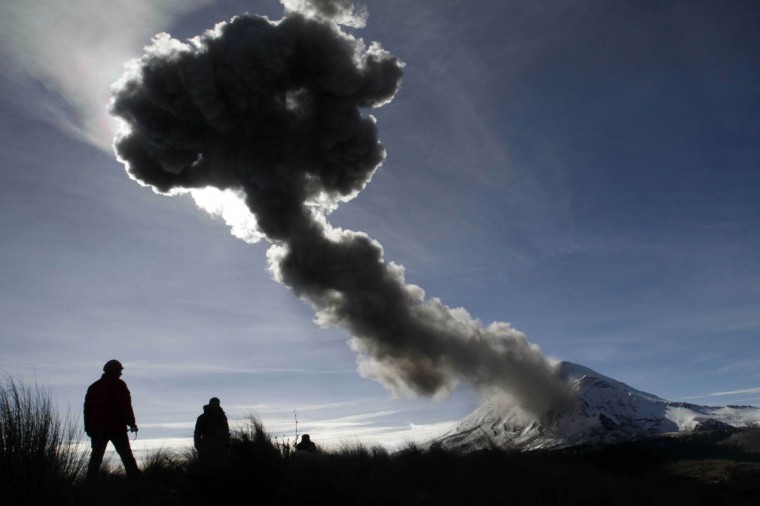 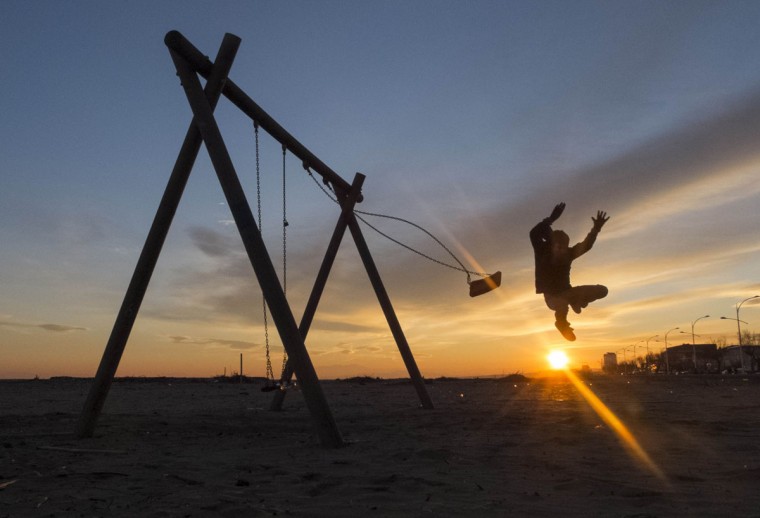 A boy jumps from a swing during sunset in Valras-Plage, southern France December 29, 2014. (Yves Herman/Reuters) 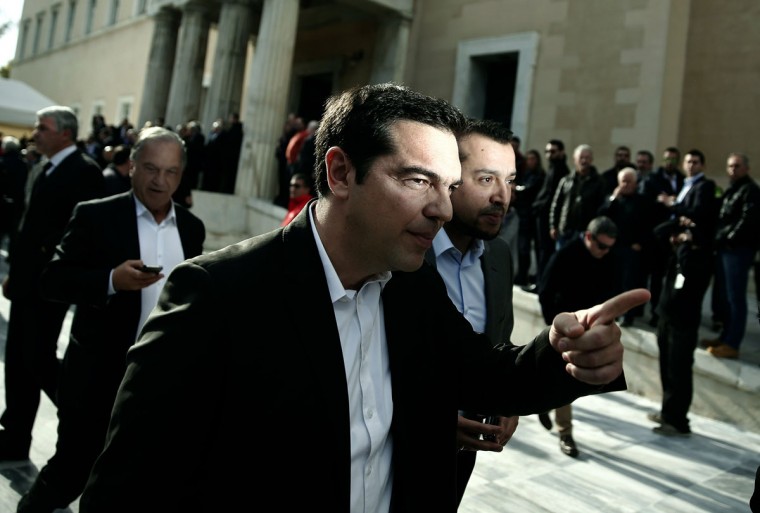 Alexis Tsipras, opposition leader and head of radical leftist Syriza party, leaves the parliament building after the last round of a presidential vote in Athens December 29, 2014. Greek Prime Minister Antonis Samaras said he would propose holding an early national election on Jan. 25 after parliament rejected his nominee for president. (Alkis konstantinidis/Reuters) 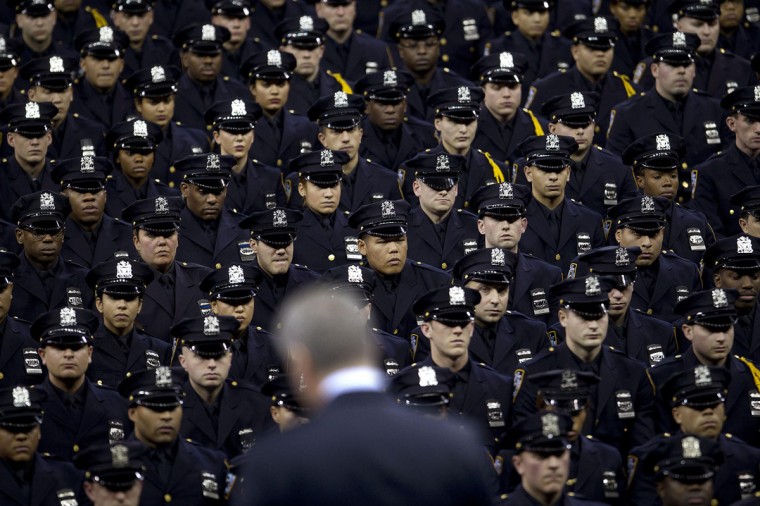