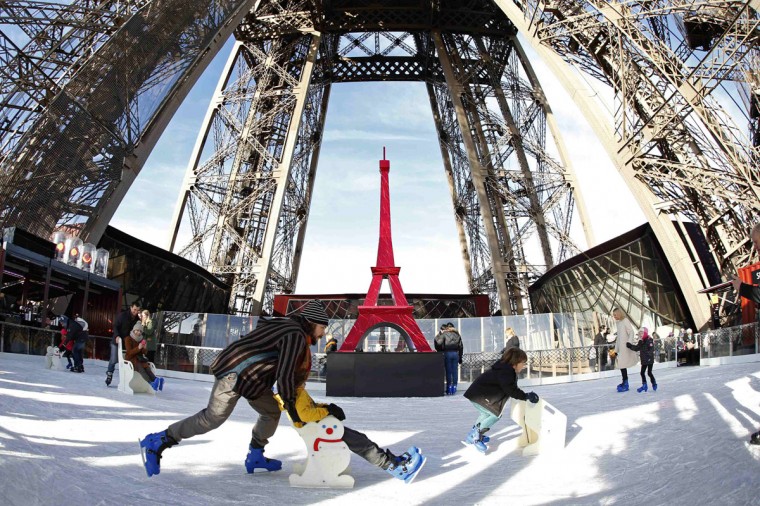 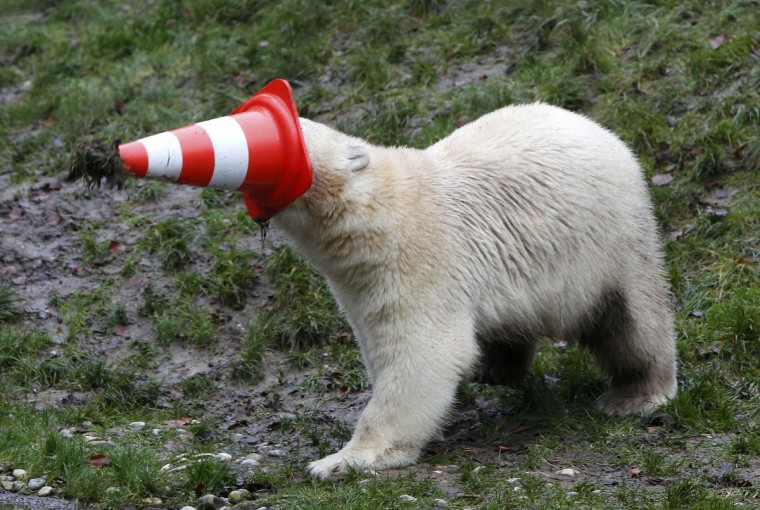 A polar bear plays with a pylon during celebrations marking its first birthday in an enclosure at Tierpark Hellabrunn zoo in Munich December 9, 2014. (Michaela Rehle/Reuters) 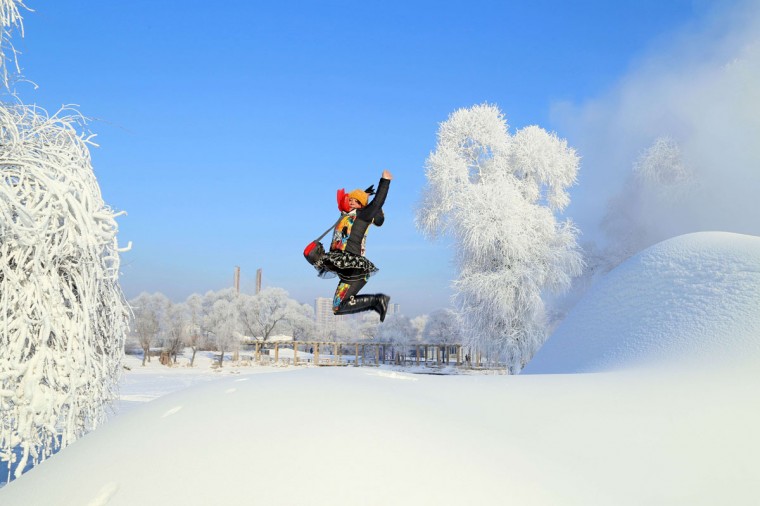 A woman poses for a photo by a snow-covered tree in Jilin, in northeast China’s Jilin province on December 9, 2014. (AFP Photos/Getty) 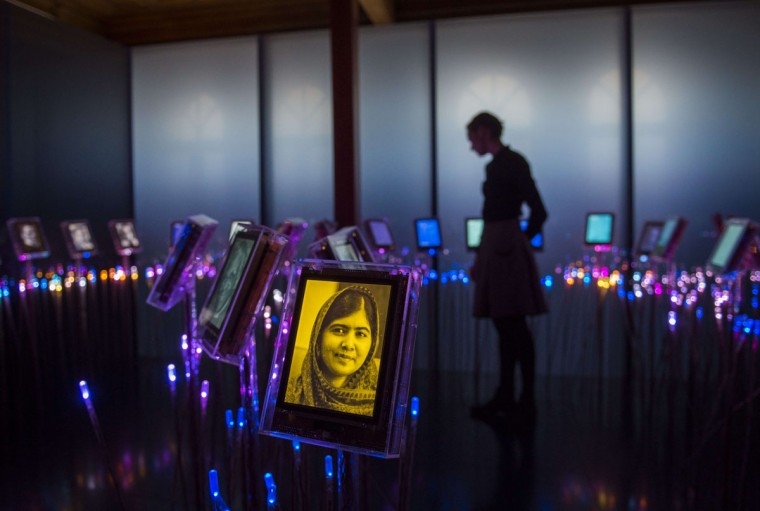 A picture of Nobel Peace Prize laureate Malala Yousafzai is seen among portraits of previous winners in the “peace garden” at the exhibition at the Nobel Peace Center in Oslo on December 9, 2014. At 17-years old, the Pakistani known everywhere as Malala is the youngest ever recipient of the prize she is sharing with the Indian campaigner Kailash Satyarthi, 60, who has fought for 35 years to free thousands of children from virtual slave labour. Their pairing has the extra symbolism of linking neighboring countries that have been in conflict for decades. (Odd Andersen/AFP/Getty Images) 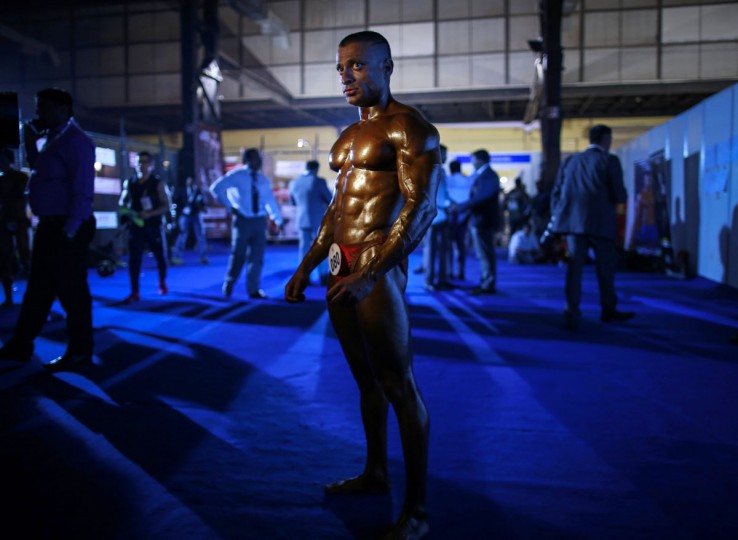 A competitor waits to get onstage during the 6th World Body Building and Physique Sports competition in Mumbai December 9, 2014. More than 400 competitors from 48 countries participated in the competition which was divided into 35 categories, according to a news release. (Danish Siddiqui/Reuters) 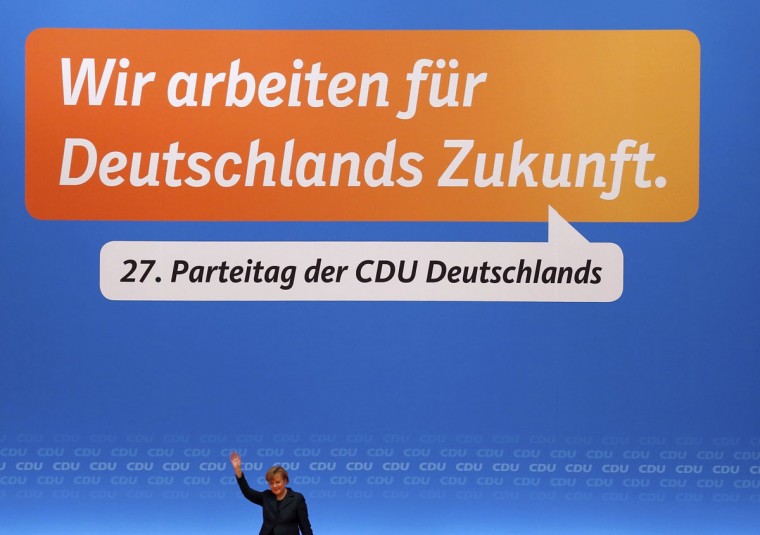 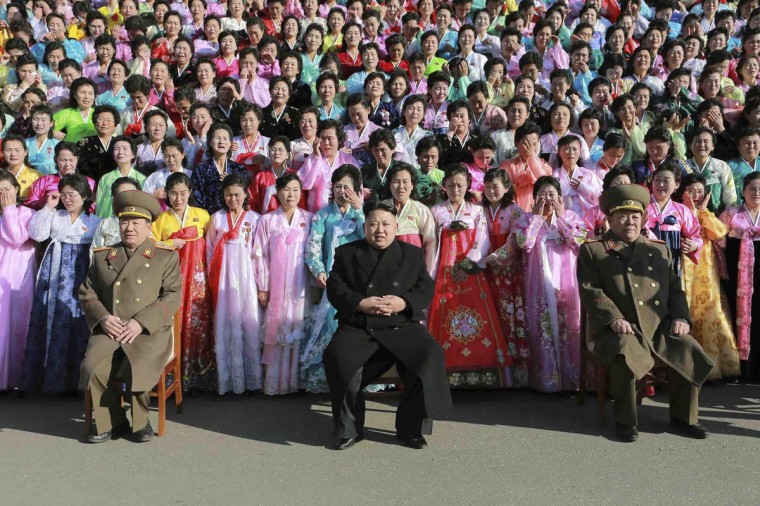 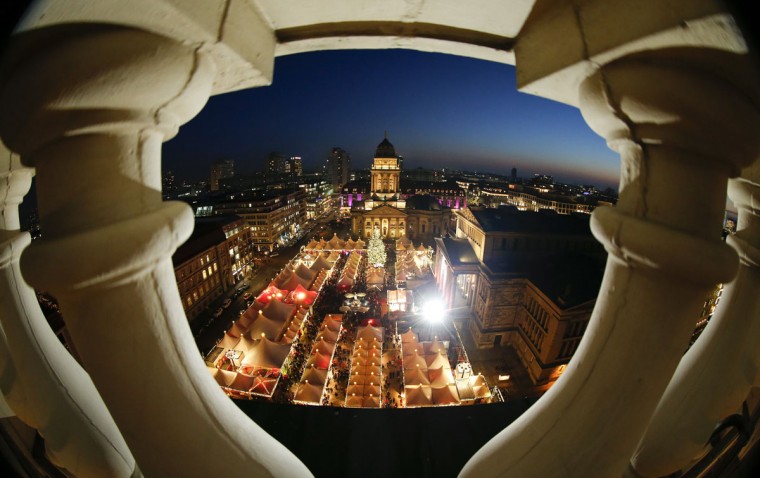 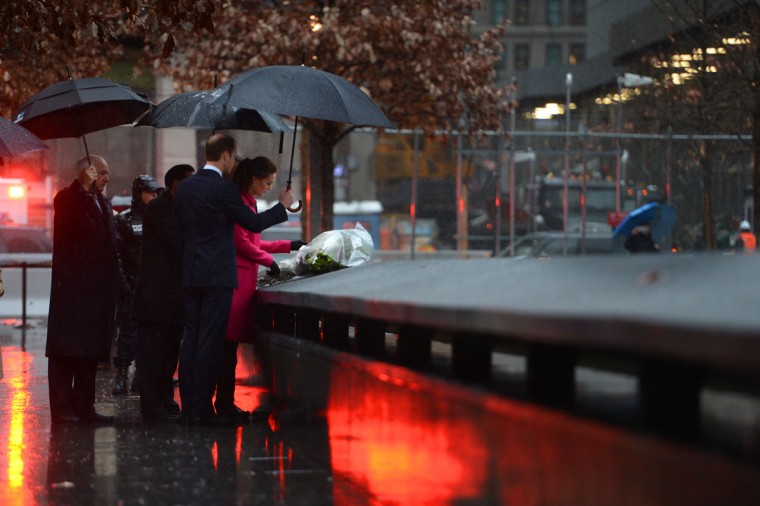 Prince William, Duke of Cambridge and Catherine, Duchess of Cambridge lay flowers in memory of the victims of the September 11 terrorist attacks during a visit the National September 11 Memorial & Museum on December 09, 2014 in New York City. The couple, who are traveling without their son Prince George, are on a three-day US east coast visit. This is the Duke and Duchess’ first official visit to New York City. (Robert Sabo – Pool/Getty Images) 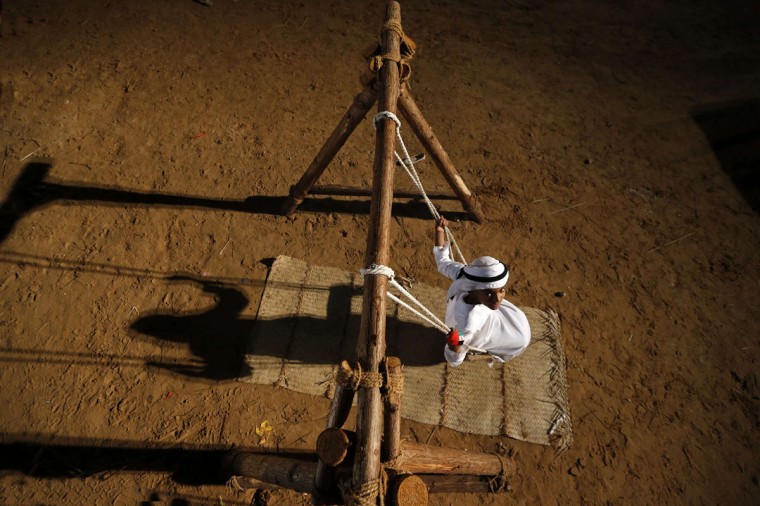 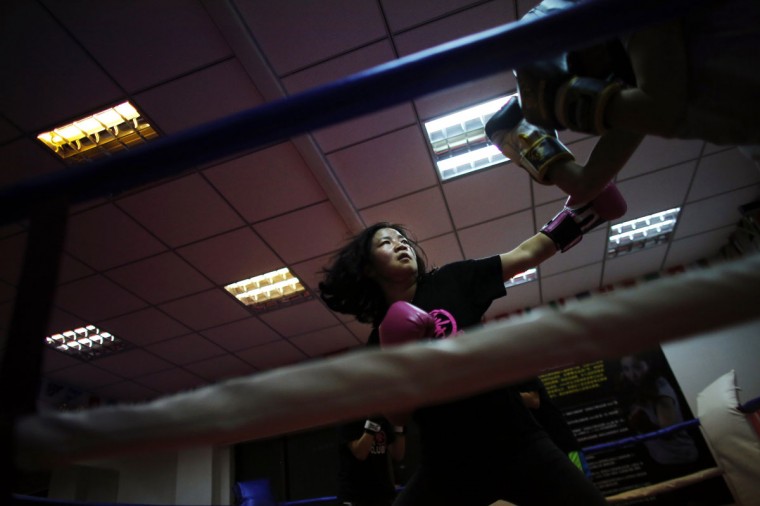 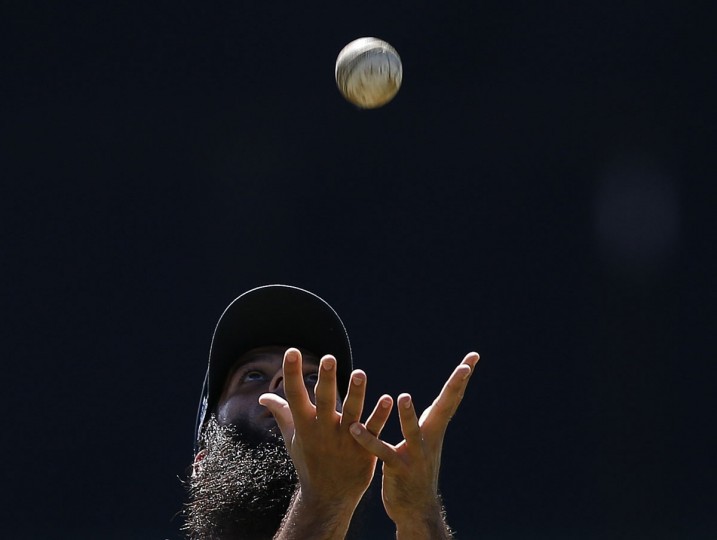 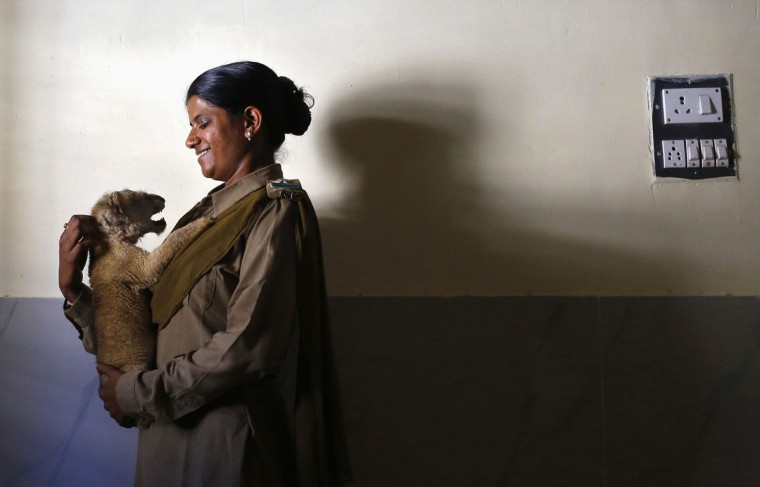 Forest guard Rashila Ben holds a lion cub inside an animal hospital located in the Gir National Park and Wildlife Sanctuary in Sasan, in the western Indian state of Gujarat. The sanctuary, which is home to India’s Asiatic lions, occupies an area of 1,412 square km and employed female guards, for the first time in the country, back in 2007. According to one of the female guards, they earn a monthly salary of around $148 for working almost 12 hours a day, six days a week. (Anindito Mukherjee/Reuters) 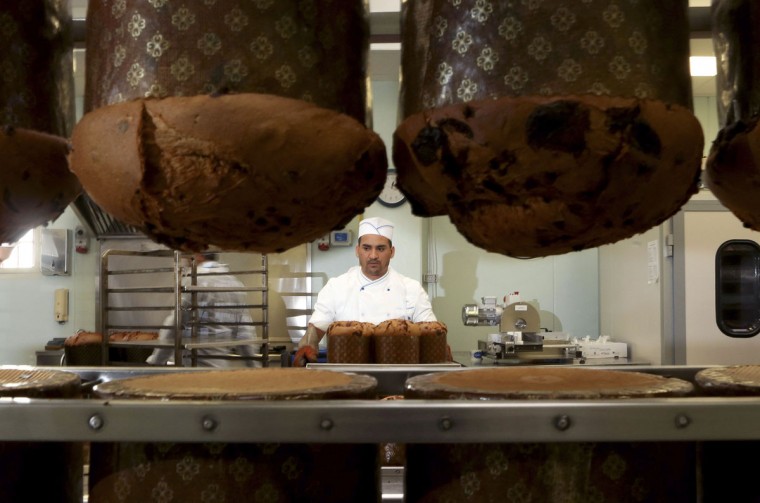 A prison baker prepares panettone cakes at Pasticceria Giotto in Padua’s Due Palazzi prison. White-coated bakers are chopping nuts, dipping pastry into liquid chocolate and hanging freshly baked panettone Christmas cake upside down to preserve its domed shape. But when one of the all-male team steps outside to smoke, he is in a barred enclosure attached to Padua prison. Sweet smells have wafted through this building since 2005, when the local Giotto cooperative opened the ‘Pasticceria Giotto’, which they say is Italy’s only bakery inside a jail. (Alessandro Bianchi/Reuters) 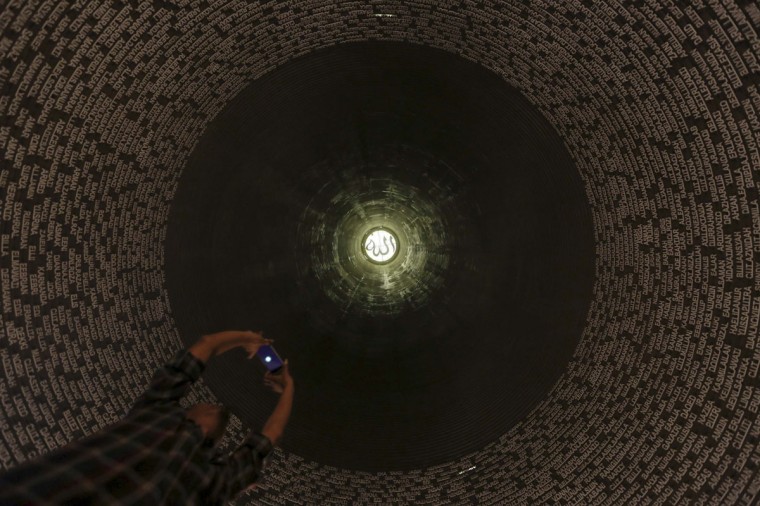 A visitor take pictures of the names of tsunami victims on the ceiling of the Aceh Tsunami Museum in Banda Aceh, December 9, 2014 in this photo taken by Antara Foto. The Aceh Tsunami Museum is a four-story structure designed by Indonesian architect Ridwan Kamil and is built to commemorate the victims of the 2004 Indian Ocean earthquake and tsunami. (Antara Foto/Irwansyah Putra/Reuters) 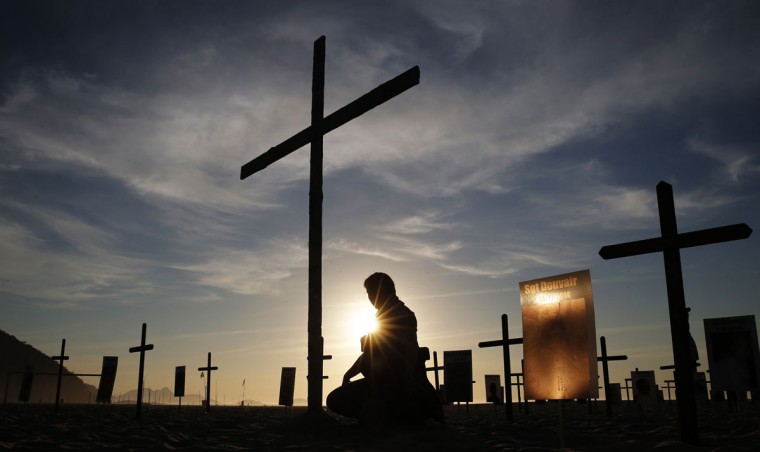 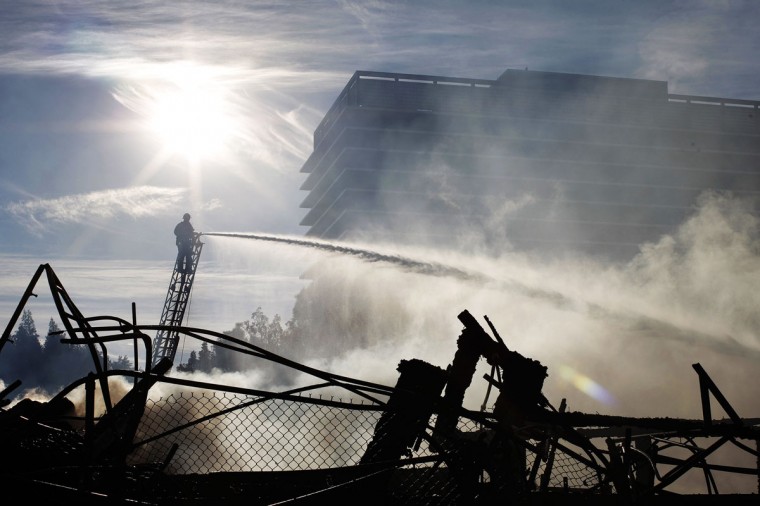 Firefighters hose down the smoldering ruins of a seven-story apartment building under construction alongside the 110 freeway that was destroy in an early morning fire on December 8, 2014 in Los Angeles, California. The fire also damaged nearby high-rise buildings and shut down freeways, causing massive traffic problems for morning commuters. (David McNew/Getty Images) 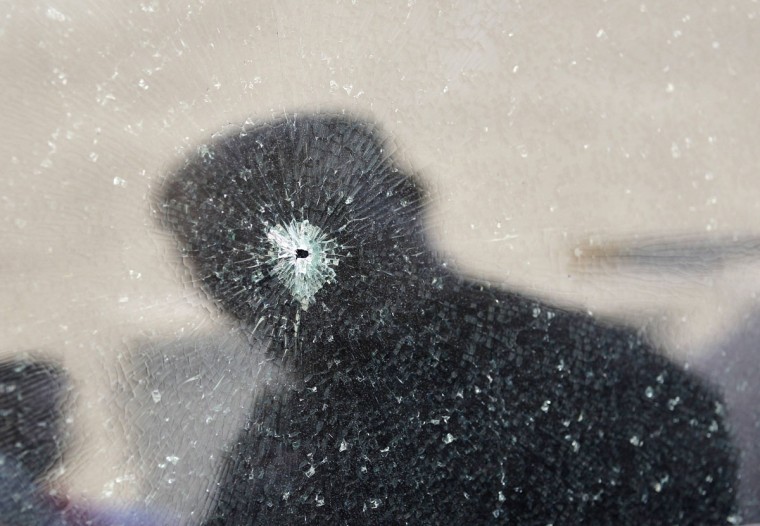 The reflection of a man is seen on a shattered car windscreen after a bomb blast in the village of Karzakan, southwest of the capital Manama, December 9, 2014. The explosion killed a Bahraini citizen and wounded an expatriate man on Tuesday, the Interior Ministry said on its Twitter account, in the second fatal attack in the Gulf Arab state in two days. (Hamad I Mohammed/Reuters) 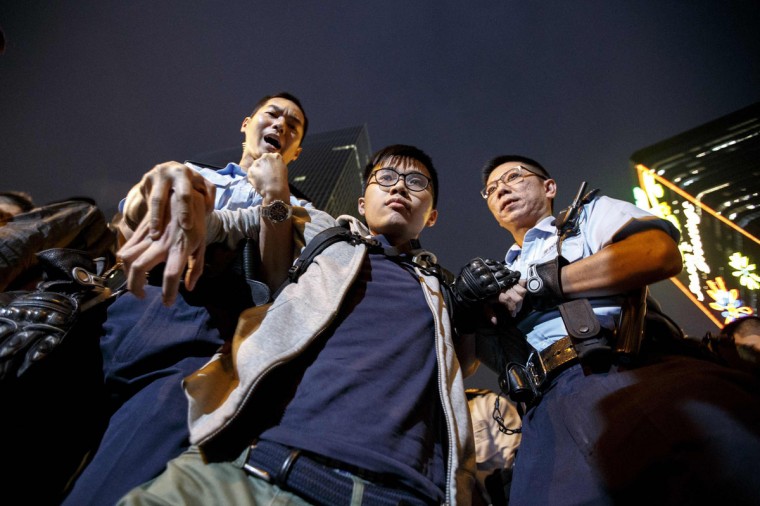 David Wong, a 41-year-old cellist, performs in front of a wall posted with messages of support for pro-democracy protesters at Admiralty district December 9, 2014. Hong Kong’s High Court has ordered the main protest sites that have choked the financial city for more than two months to be cleared, building up to a final showdown on Thursday between pro-democracy activists and authorities backed by Beijing. (Athit Perawongmetha/Reuters) 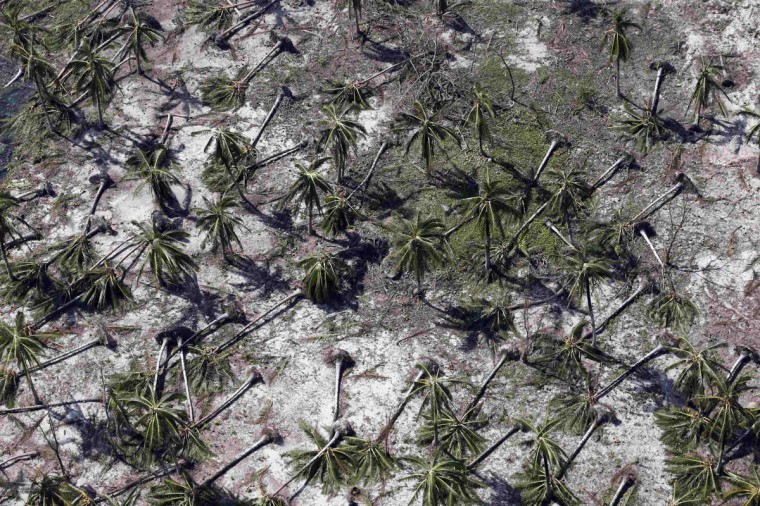 An aerial view of toppled coconut trees by a remote village in Dolores, Eastern Samar, central Philippines, December 9, 2014. Typhoon Hagupit weakened further on Tuesday as the storm crawled across the central Philippines, while rescue workers struggled in its aftermath to reach towns in central provinces where thousands of homes were wrecked and at least 27 people killed. (Erik De Castro/Reuters) 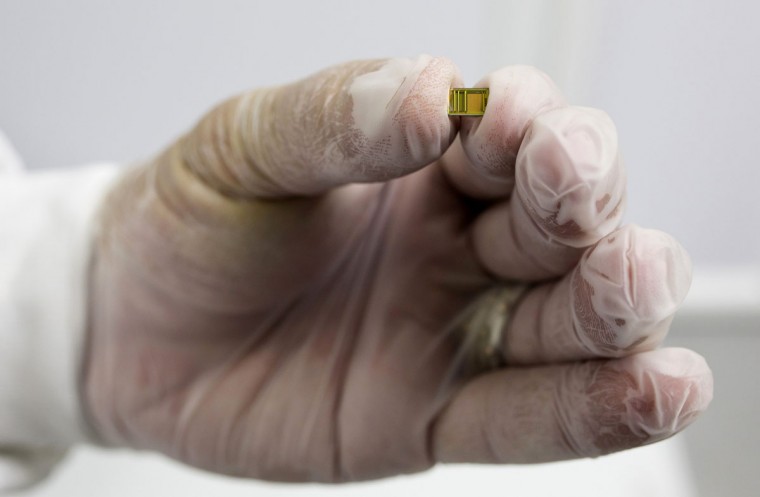 A nano Bible is displayed at TowerJazz Semiconductor in Migdal Haemek in northern Israel. The nano sized New Testament developed by an Israeli company has been nominated for the Guinness Book of Records as the World’s Smallest Bible, the company said on Tuesday. Jerusalem nano Bible company said it developed a chip smaller than five by five millimeters, which contains the original Greek version of the New Testament (Textus Receptus, or “received text” in Latin). (Amir Cohen/Reuters) 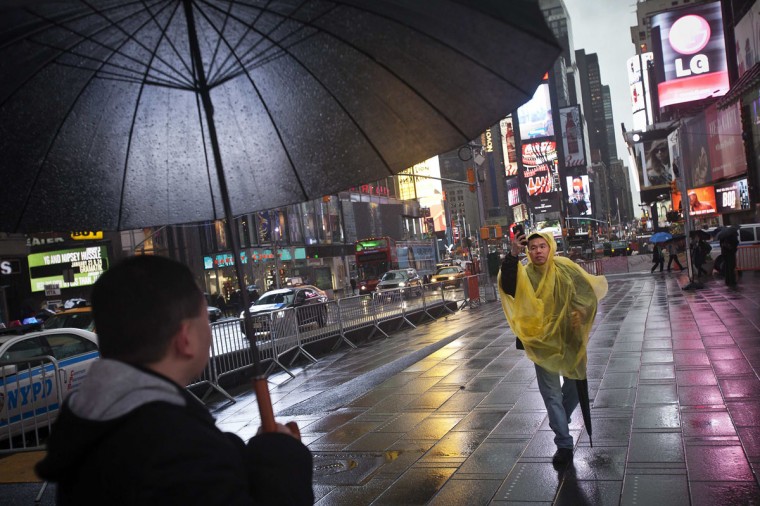 A man in a rain poncho takes a photo of his friend under the pouring rain in Times Square, New York December 9, 2014. (Carlo Allegri/Reuters) 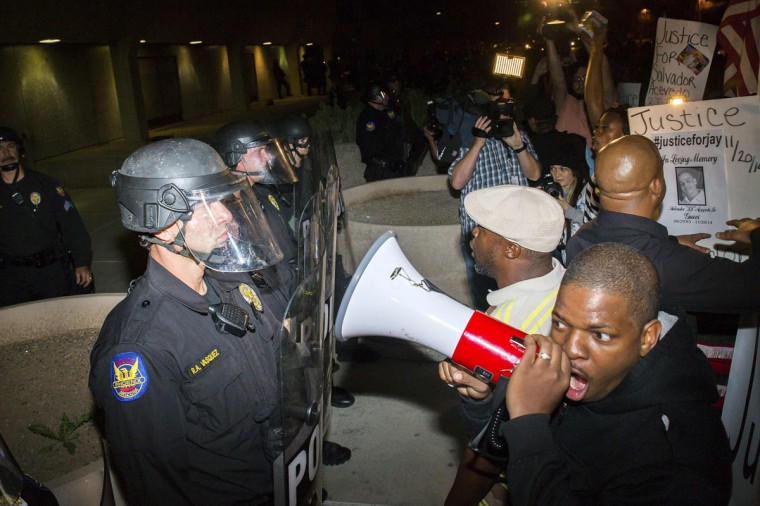 Protesters confront police outside the Phoenix Police Department the week after an unarmed man was shot dead by police, in Phoenix, Arizona December 8, 2014. Police say Rumain Brisbon, 34, was killed on December 2 as he struggled with a policeman who suspected he was selling drugs and erroneously believed he felt the handle of a gun in the man’s pocket. Brisbon was actually carrying a pill bottle, and an attorney for his mother said accounts from witnesses did not tally with the police version. (Deanna Dent/Reuters)