A shopping Mall Buddha, a hat tip to fries, a win for German leftists | Dec. 5 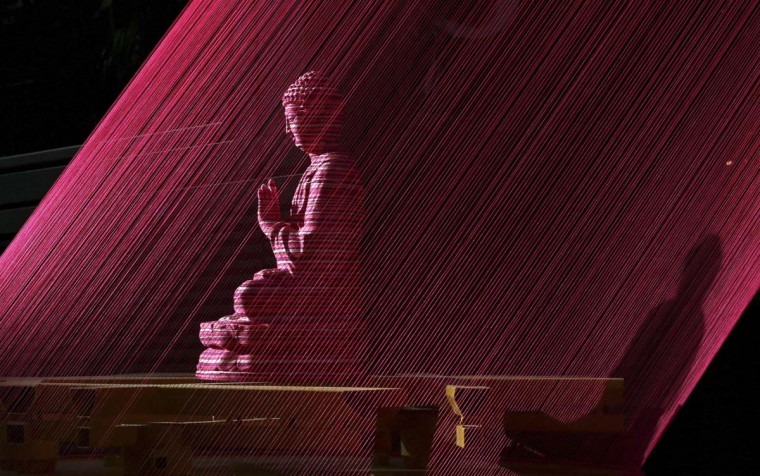 A Buddha sculpture is seen through red strings, which is part of an artwork on display at a shopping mall in Beijing, December 5. The artwork, made by Chinese sculptor Yang Tao, comprised of a total of 628 red strings and was about 70 metres in height, according to local media. || PHOTO CREDIT: CHINA DAILY – REUTERS 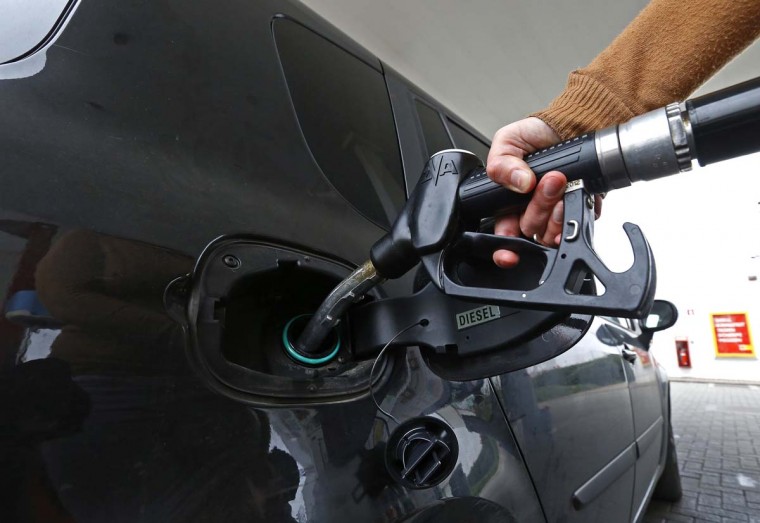 A customer fills the tank of her car at a fuel station in Sint Pieters Leeuw, Belgium December 5. Wholesale petrol prices have slumped by 35.5 percent since reaching their peak for the year in June, but in more than half of European Union countries prices after tax have fallen by less than half this amount. || PHOTO CREDIT: YVES HERMAN – REUTERS 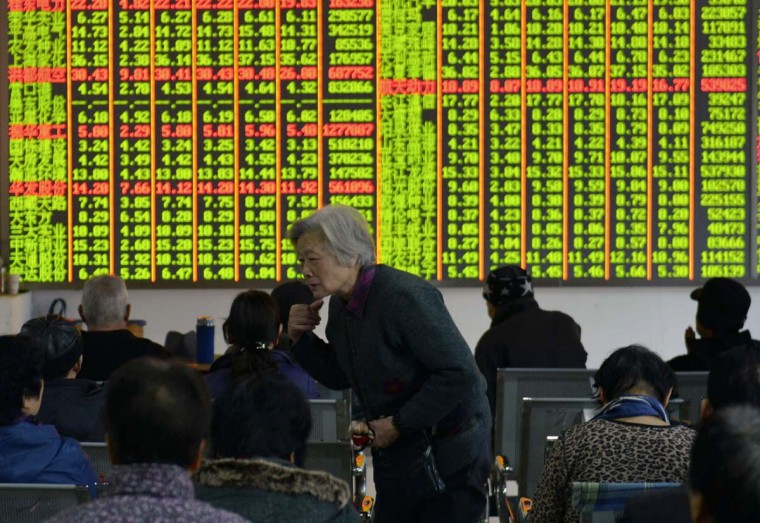 An investor (C) speaks to others in front of an electronic board showing stock information at a brokerage house in Hangzhou, Zhejiang province December 5. China stocks ended see-saw trading with solid gains on Friday, helped by soaring brokerage shares, producing the best week for mainland indexes in more than five years. || PHOTO CREDIT: STRINGER – REUTERS 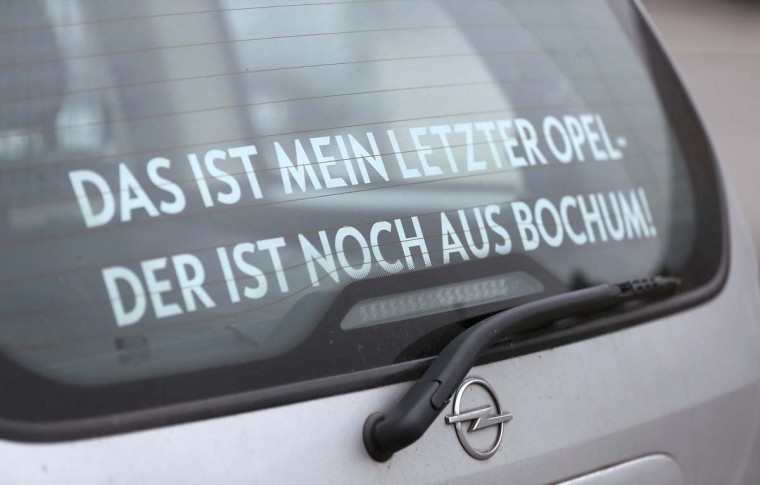 A car with a sticker reading “This is my last Opel, which is still from Bochum” is parked in front of the Opel plant on its final day of production, in Bochum December 5. European carmaker Opel closed its Bochum plant on Friday. || PHOTO CREDIT: WOLFGANG RATTAY – REUTERS 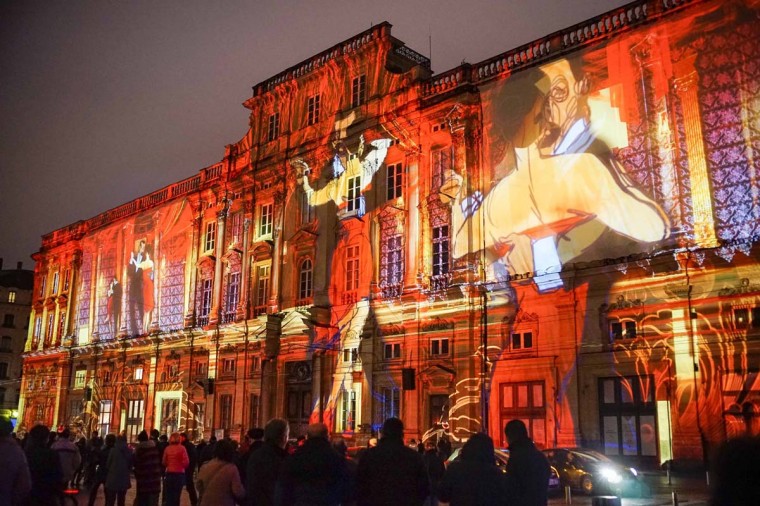 View of “Lyon, Terre aux lumieres” installation by artists Gilbert Coudene and Etienne Guiol during the rehearsal for the Festival of Lights in central Lyon late in the night December 4. The Festival of Lights (Fetes des Lumieres), with designers from all over the world, is one of Lyon’s most famous estivals to date and will run from December 5 to December 8, 2014. Picture taken December 4, 2014. || PHOTO CREDIT: ROBERT PRATTA – REUTERS 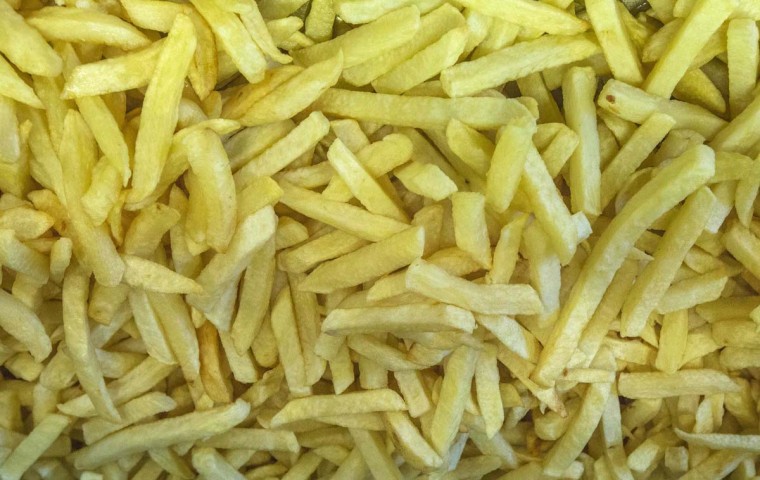 Freshly cooked fries are seen in the Maison Antoine frites stand in Brussels December 4. There are few things people agree on in linguistically divided Belgium, but an effort to get Belgian potato fries recognised as global cultural heritage and put it on a par with Peking opera and the Argentinian tango may get unequivocal support. Belgian fries are traditionally sold, in a paper cone, in a “fritkot”, generally a shack or trailer. There are some 5,000 of these in Belgium, making them 10 times more common, per capita, than McDonald’s restaurants in the United States. Picture taken on December 4, 2014. || PHOTO CREDIT: YVES HERMAN – REUTERS 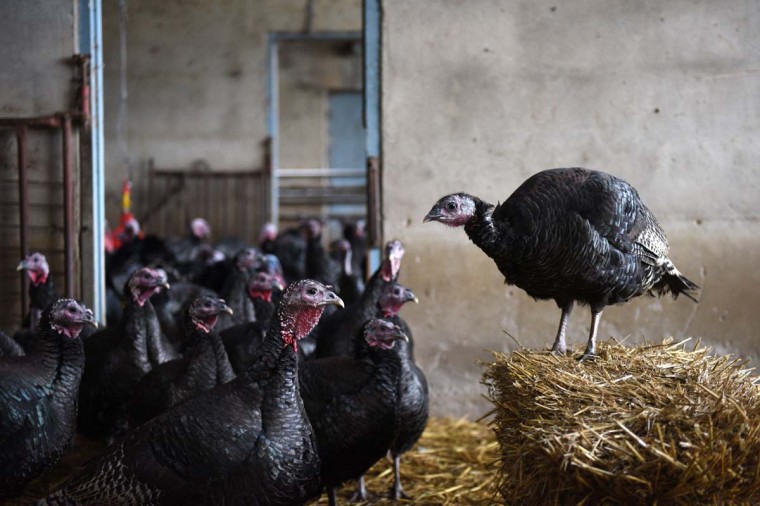 A picture shows bronze-feathered turkeys in their barn at poultry farmer Steven Peirson’s Hook House Farm near Northallerton, northern England, on December 5. The turkeys at Hook House Farm will be hand-plucked and traditionally prepared on site for Christmas. || CREDIT: OLI SCARFF – AFP/GETTY IMAGES 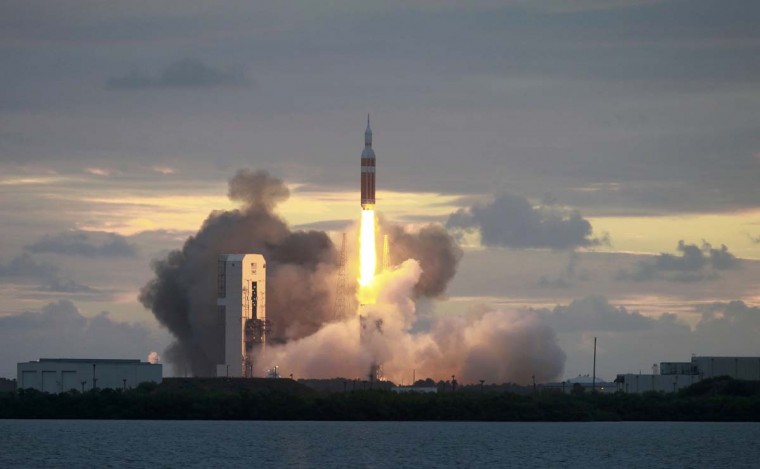 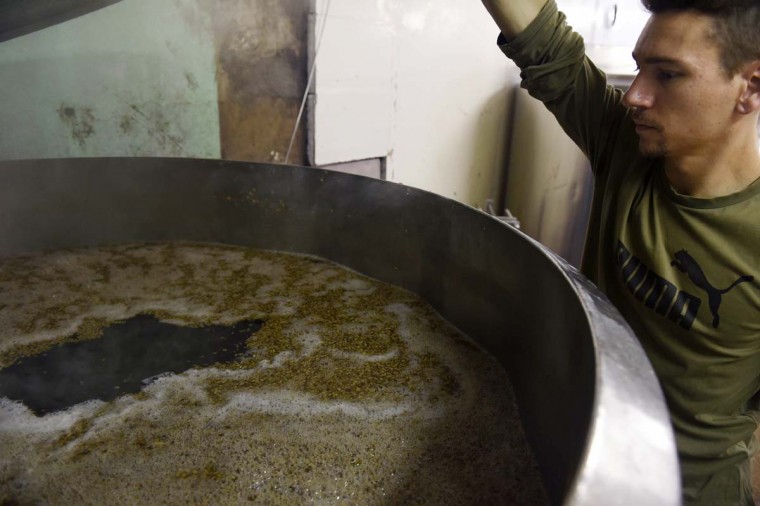 A worker looks at the wort boiling inside a large tank known as a “cooking tun” during a pale ale beer process on November 19, 2014 in Pont d’Ain, eastern France. || CREDIT: PHILIPPE DESMAZES – AFP/GETTY IMAGES 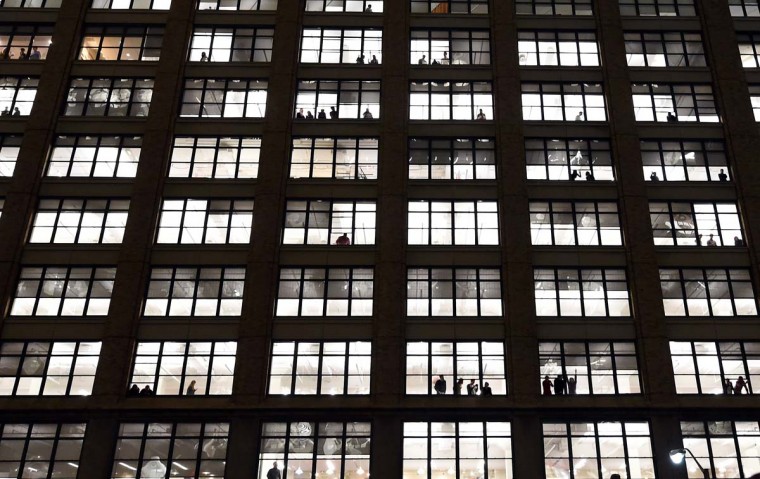 People watch as protesters walk pass their building in New York City on December 4 during demonstration against the chokehold death of an unarmed black father-of-six by a white police officer. It is the second consecutive night that demonstrators took to the streets of New York to condemn a grand jury’s decision not to indict the officer over the July 17 death of Eric Garner. || CREDIT: TIMOTHY A CLARY – AFP/GETTY IMAGESRelated gallery: Protests erupt nationwide after grand jury decides not to indict NYPD Officer 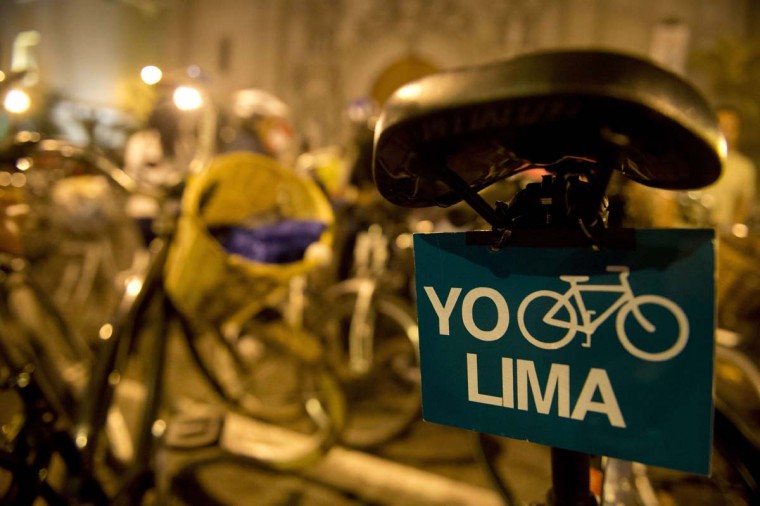 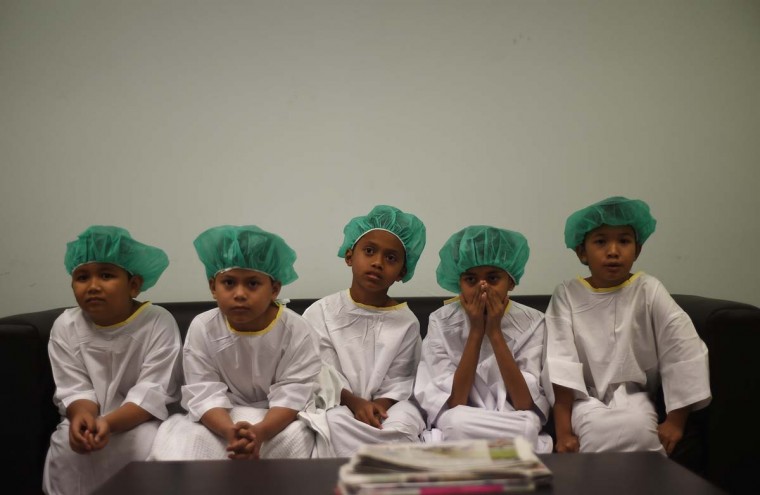 Malaysian boys wait for their turn during a mass-circumcision ceremony at the Tuanku Mizan Army hospital in Kuala Lumpur on December 5. 112 children participated in the event organised by the Ministry of Defence for children of defence personnel, with a grand welcome and festivity, which some consider as a celebration of reaching manhood. || CREDIT: MANAN VATSYAYANA – AFP/GETTY IMAGES 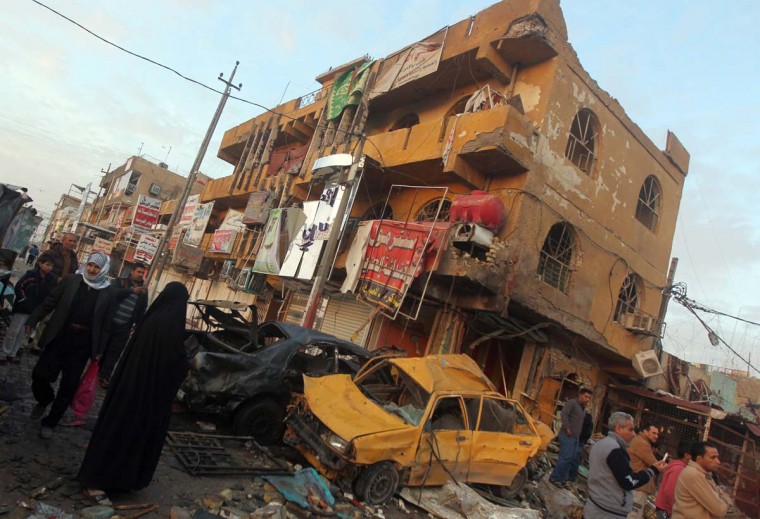 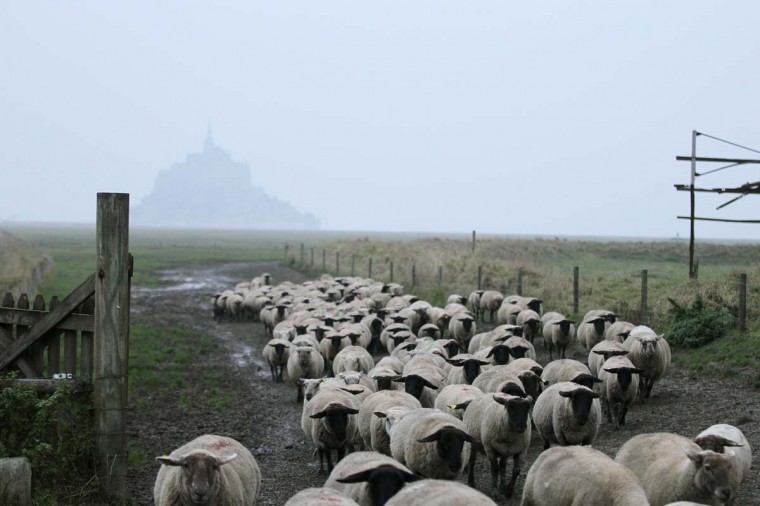 A photo taken on December 4 shows a flock of sheep near the Mont-Saint-Michel, northwestern France. || CREDIT: CHARLY TRIBALLEAU – AFP/GETTY IMAGES 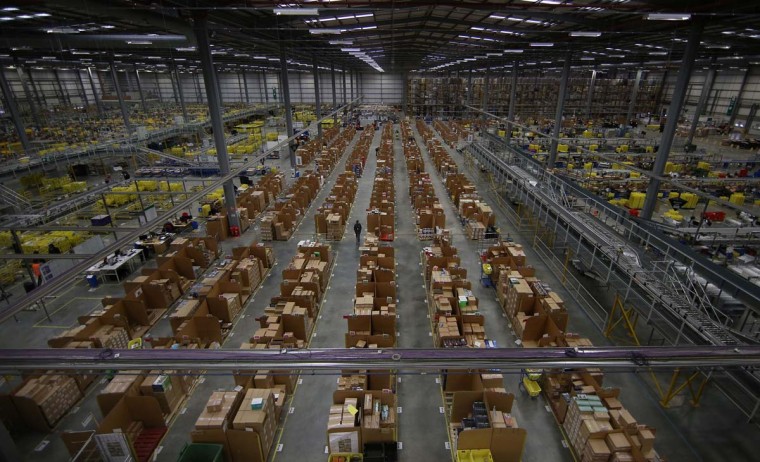 Parcels are prepared for dispatch at Amazon’s warehouse on December 5 in Hemel Hempstead, England. In the lead up to Christmas, Amazon is experiencing the busiest time of the year. Photo by Peter Macdiarmid – Getty Images Related gallery: Inside Amazon warehouses 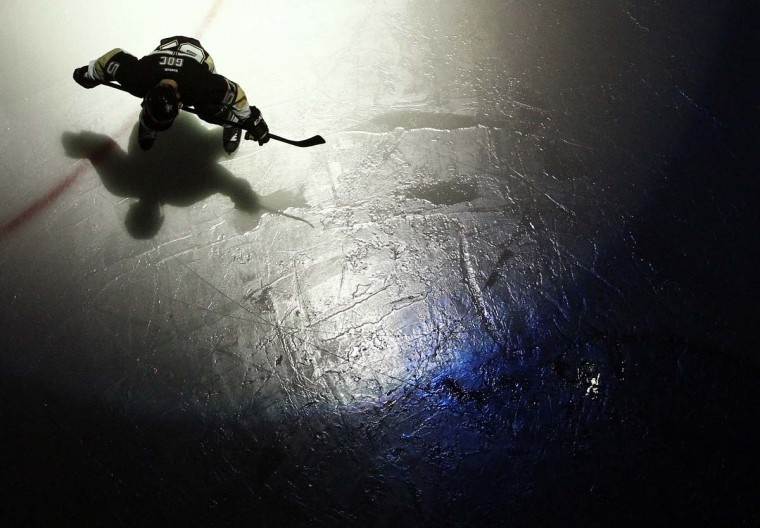 Marcel Goc #57 of the Pittsburgh Penguins skates during pre-game introductions before the NHL game against the Vancouver Canucks at Consol Energy Center on December 4 in Pittsburgh. Photo by Justin K. Aller – Getty Images 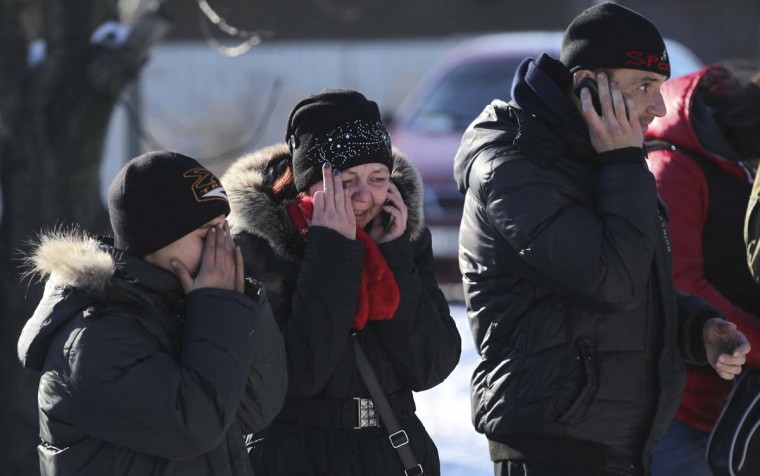 Galina Bayeva cries with her son (L) and husband (R) next to the body of her father Vladimir Churilov (not pictured) who was killed by recent shelling at the Azotny district in Donetsk, eastern Ukraine, December 5. Bayeva’s parents were out walking in the neighbourhood when they were hit by a shelling attack, leaving her father dead and her mother with severe injuries. || PHOTO CREDIT: ANTONIO BRONIC – REUTERS 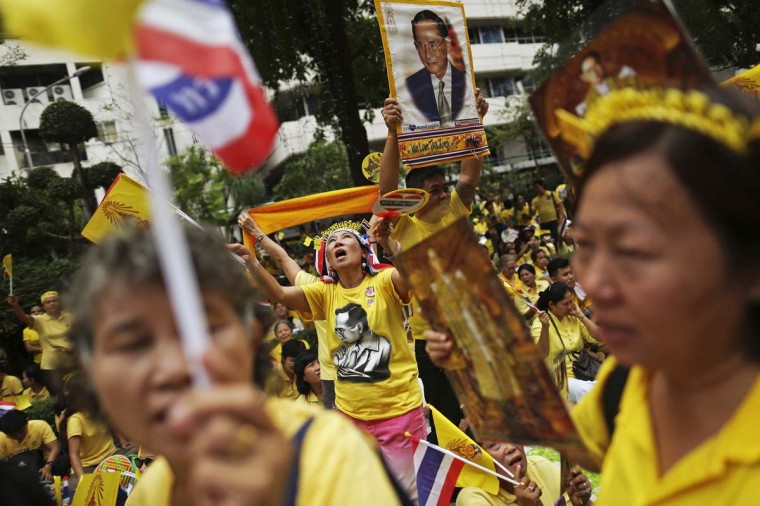 Well-wishers hold flags and pictures of Thailand’s King Bhumibol Adulyadej as they gather to pray for his health and celebrate his birthday at Siriraj hospital where he is residing in Bangkok December 5. Thailand’s King Bhumibol Adulyadej canceled a public appearance on his 87th birthday on Friday on the advice of doctors, disappointing thousands camped outside the hospital hoping for a glimpse of the world’s longest-reigning monarch. || PHOTO CREDIT: DAMIR SAGOLJ – REUTERS 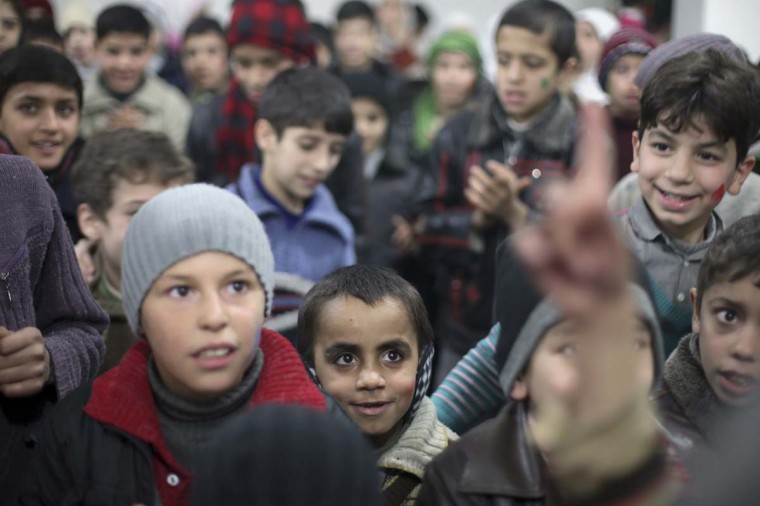 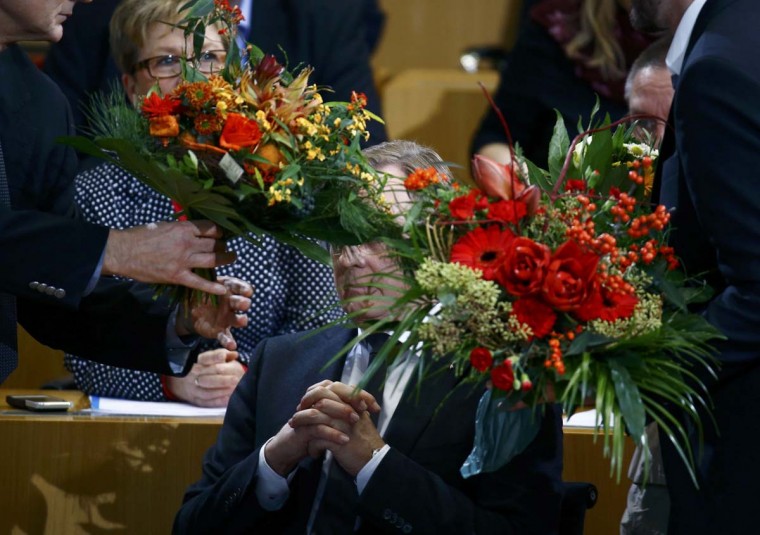 Bodo Ramelow of the Left party (Die Linke) is presented with flowers after becoming the new Thuringia state premier, in parliament in Erfurt December 5.The reform communist Left party won control of a German state on Friday for the first time since the end of the Cold War when the regional assembly in Thuringia elected the Left’s Bodo Ramelow as state premier. The Left party, which traces its roots to Erich Honecker’s Socialist Unity Party (SED) that built the Berlin Wall, will rule the sparsely populated state with the centre-left Social Democrats (SPD) and Greens in a new three-way coalition. || PHOTO CREDIT: KAI PFAFFENBACH – REUTERS