There are plenty of fresh faces on this year’s edition of the Sweet 16 — The Sun’s annual list of Baltimore’s best men’s college basketball players.

Syracuse’s C.J. Fair (City), Notre Dame’s Eric Atkins (Mount St. Joseph), UNLV’s Roscoe Smith (Walbrook) and 10 other players from the 2013 list have moved on from college. A 14th player, former Maryland wing Nick Faust (City), is sitting out this season after transferring to Long Beach State. The two returnees, meanwhile, are at the top of this year’s list.

The Sweet 16 is based on prior accomplishments and projected success for this season. Eligible athletes are returning players and fifth-year transfers.

There are 81 local players on DI rosters this season. After the jump, we’ll look a little closer at the top 16, and address some who just missed the cut. 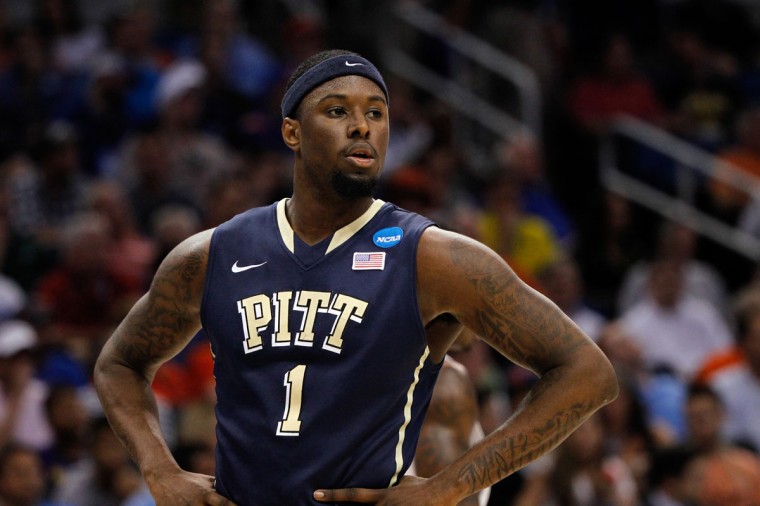 His stats as a freshman were modest, but Artis played an integral role on a Panthers team that lost to Florida in the third round of the NCAA tournament. At 6 feet 7 and 220 pounds, Artis can play either forward spot and also slide down to the 2 if necessary. He brings toughness to Pitt defensively and is expected to have an expanded role as a sophomore. 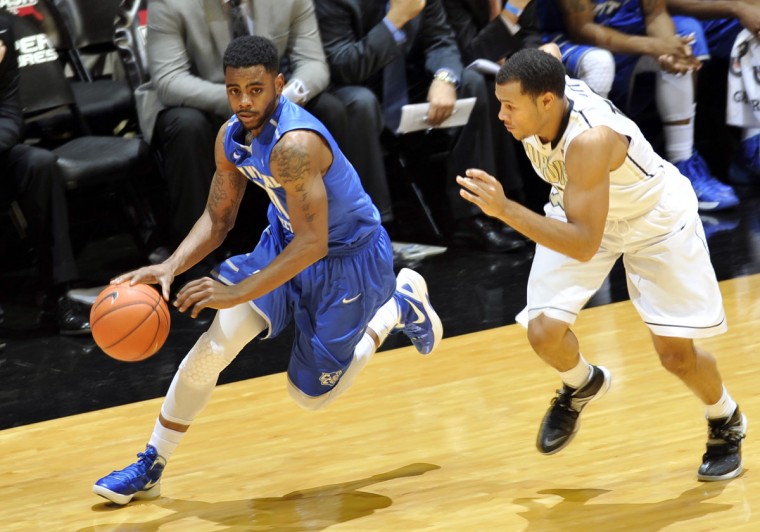 In three seasons at Central Connecticut State, McMillan has started 85 out of 89 games. The 2011 co-Baltimore Catholic League Player of the Year led the Blue Devils in assists and was the third-leading scorer last season. McMillan is considered one of the top returning point guards in the Northeast Conference. 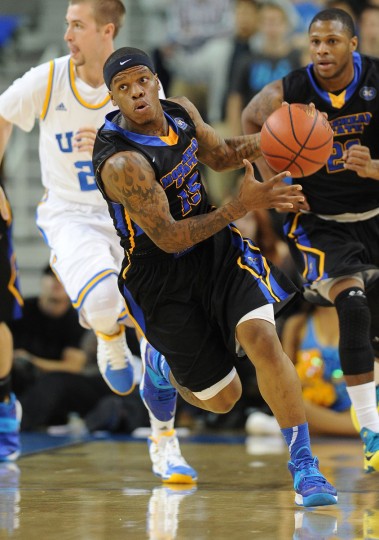 In his first season after transferring from the College of Southern Idaho, Storey assumed starting point guard duties for the Eagles and led them to a 20-win season and an appearance in the College Basketball Invitational. One of the top playmakers in the Ohio Valley Conference, Storey — who started his college career at Utah — tied Morehead’s single-game assist record with 16 against South Dakota. 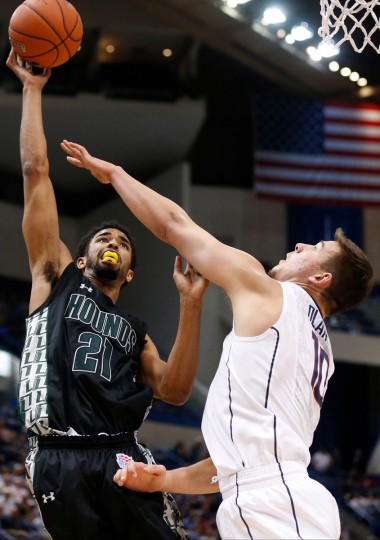 Though he came off the bench in all but three games last season, Jones was the Greyhounds’ second-leading scorer and rebounder and led the team in blocked shots with 1.4 per game. The 6-foot-7, 188-pound swingman saved the best game of his sophomore year for last, recording his first double-double (28 points, 10 rebounds) against Lafayette in the Patriot League tournament. 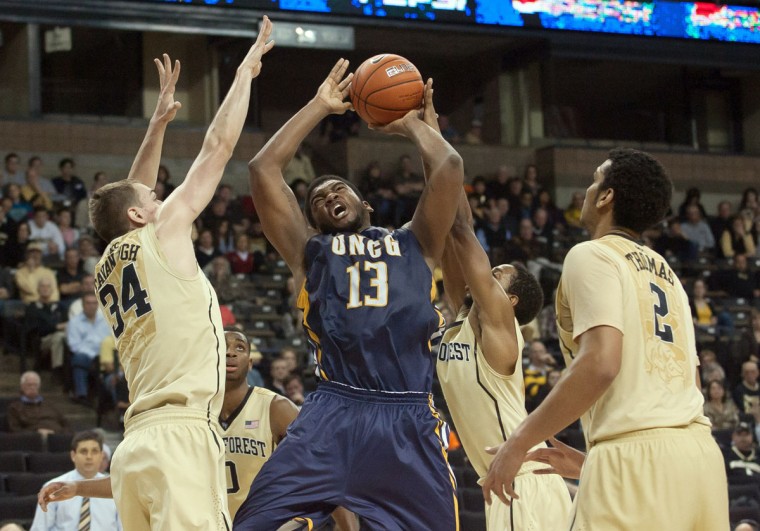 The first of two UNC-Greensboro players on the list, Locke as a sophomore established himself as one of the most consistent players in the Southern Conference. An undersized power forward at 6 feet 5, Lockey shot 46 percent from the field and 74 percent from the free-throw line — the 15th best percentage in the conference. He was the Spartans’ third-leading scorer and rebounder. 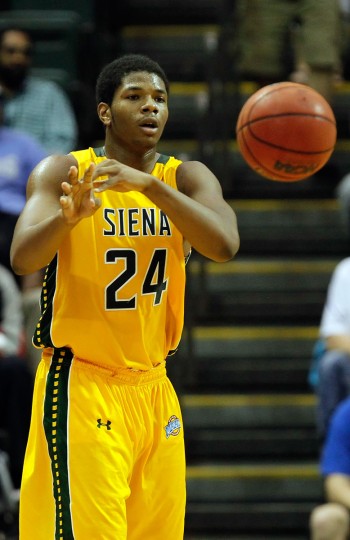 The learning curve for Long as a freshman wasn’t steep at all. The 6-foot-7, 222-pound forward demonstrated his versatility from Day 1, reaching double figures in scoring 19 times and proving to be a matchup problem for opponents on both ends of the floor. Long was named to the All-Metro Atlantic Athletic Conference All-Rookie team. 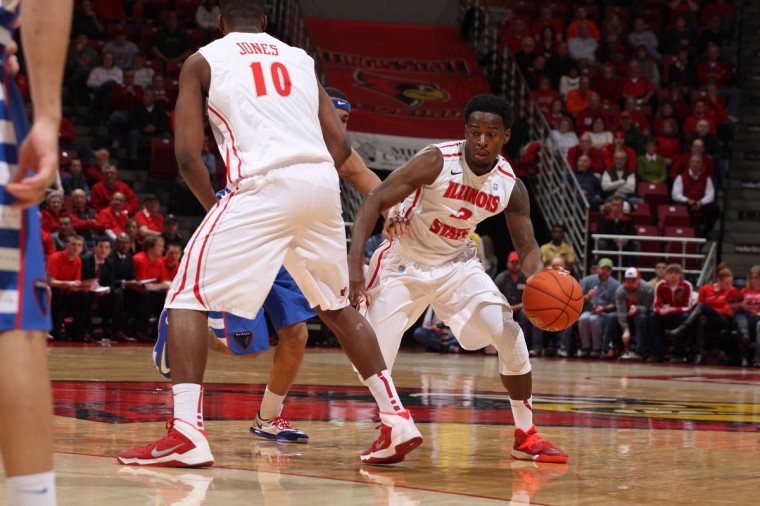 One of the top junior college scorers in the country at Odessa (Texas) College, Knight picked up where he left off with the Redbirds. The 6-foot-1 guard was the leading scorer for Illinois State, which advanced to the semifinals of the College Basketball Invitational. Knight was named All-Missouri Valley Conference Honorable Mention and selected to the conference’s All-Newcomer team. 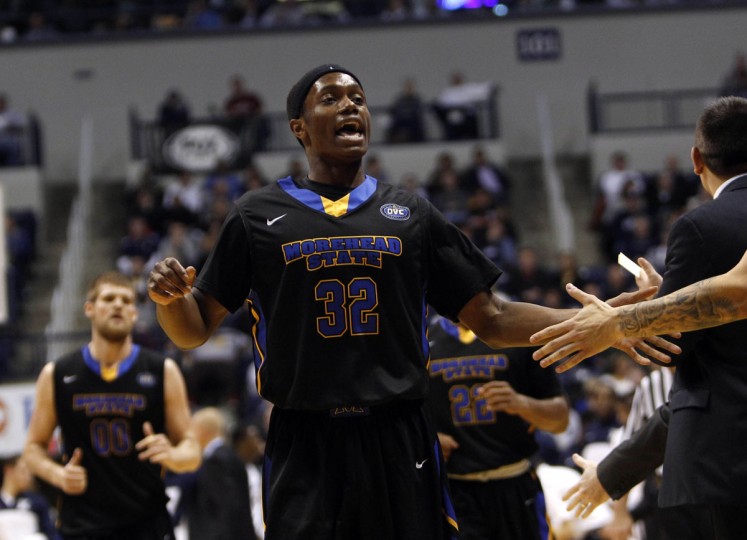 After helping Mississippi Valley State to the NCAA tournament during the 2011-12 season, Arrington followed coach Sean Woods to Morehead State. He sat out the following year as a transfer student, and then emerged as a redshirt sophomore as one of the top newcomers in the Ohio Valley Conference. Arrington reached double figures in scoring last season in 19 of 34 games. 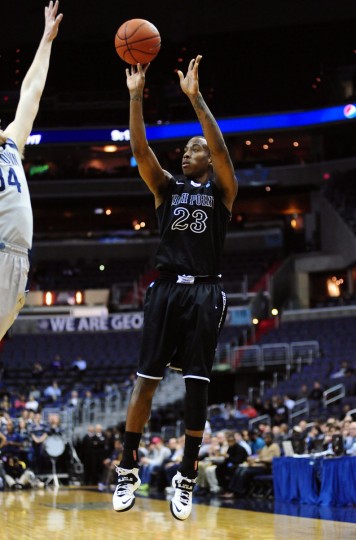 Wallace bided his time in a mostly supporting role during his first two college seasons. His junior year, however, was a breakthrough. Wallace, who led Dunbar to consecutive state championships, made 25 starts in 31 games and earned All-Big South honorable mention honors after shooting 49.1 percent from 3-point range for the season. Against Big South opponents, Wallace shot 59.3 percent from beyond the arc. 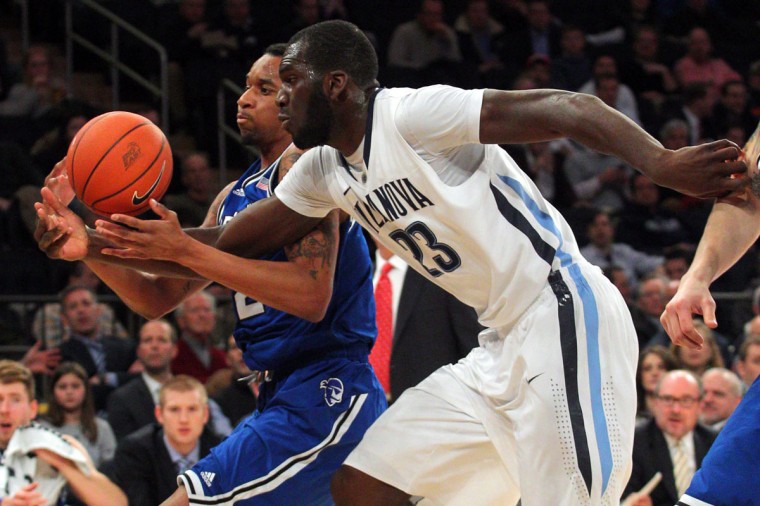 One of the top defensive players in the Big East, Ochefu started 32 of 34 games for a Villanova squad that made it to the third round of the NCAA tournament. The 6-foot-11, 245-pound forward led the Wildcats in blocked shots (1.5 per game) and was selected co-Most Improved Player in the Big East. A strong passer out of the post, Ochefu will have an expanded role for the preseason Big East favorites. 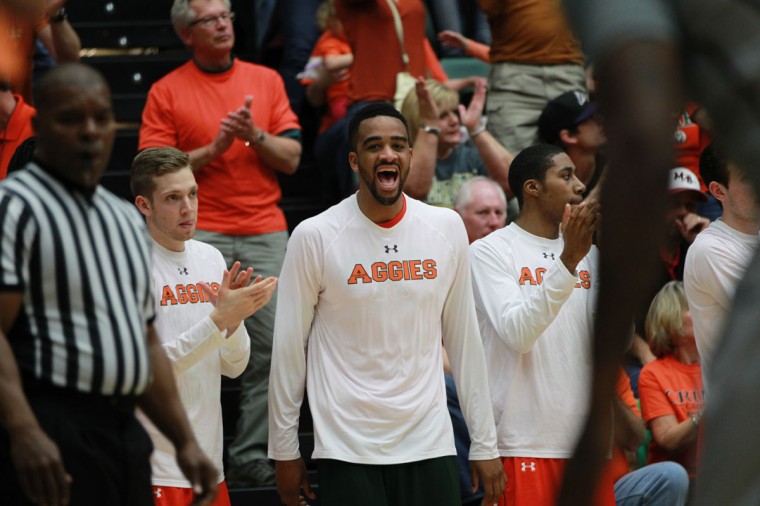 In Kidd, the Rams are getting a proven college player who averaged 14.5 points and 6.9 rebounds at North Carolina Central during the 2012-13 season. A first-team All-MEAC selection as a junior, Kidd is expected to be a frontcourt starter for CSU from Day 1. He was listed by CBSSports.com as one of the top under-the-radar transfers in the country. 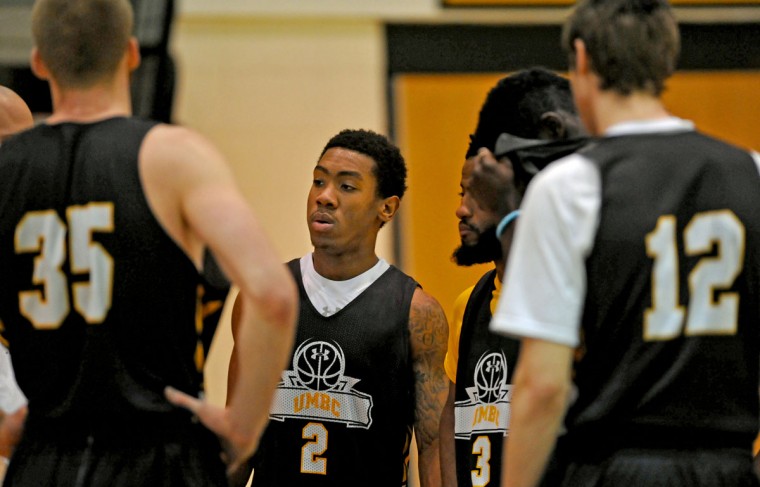 Elliott had just two scholarship offers despite finishing his high school career at John Carroll as one of the Baltimore Catholic League’s top players. UMBC beat out High Point and the rest is history. Elliott was the America East’s second-leading scorer in conference games and a unanimous pick as the conference’s rookie of the year. 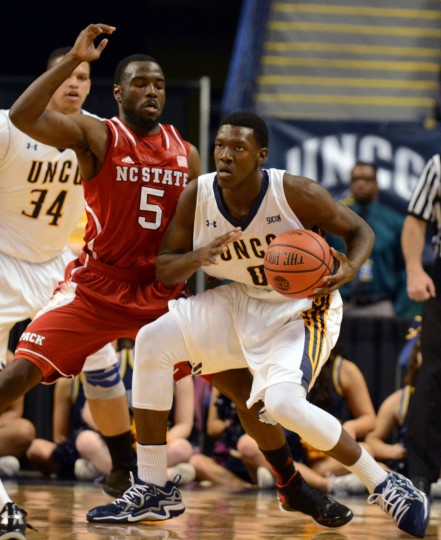 After earning Southern Conference Freshman of the Year honors, Saddler announced his intentions to transfer away from UNC-Greensboro. Butler, Boston College and Temple were among the schools reportedly interested in the former St. Frances star, but Saddler eventually decided to return to the Spartans. He started 27 of 32 games and was UNCG’s second-leading scorer as a freshman. He enters this year as a preseason first-team All-SoCon selection. 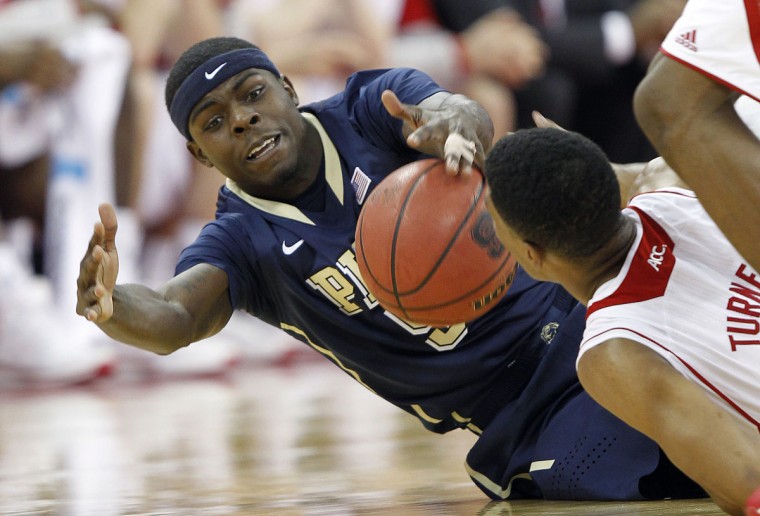 Johnson was carving out a niche for himself as the Panthers’ sixth man, bringing instant offense off the bench. In Pitt’s 16th game, however, Johnson tore his ACL and was gone for the year. He’s been hobbled a bit this preseason by a sprained ankle, but Johnson scored 19 in the Panthers’ exhibition win over Philadelphia University on Friday, and seems well on his way to challenge for top scoring honors on a Pitt team picked to finish sixth out of 15 in the ACC. 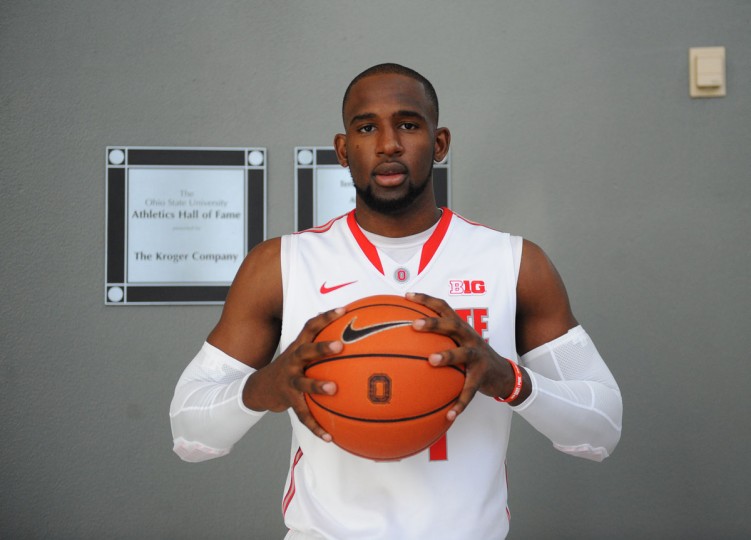 One of the most coveted graduate transfers in the country, Lee picked the Buckeyes after considering offers from Indiana, Iowa State, Louisville, Notre Dame and several others. He’s eligible to play right away after earning his undergraduate degree from Temple, where he led the team in rebounding and shot 50 percent from the floor. Ohio State coaches are counting on Lee to make a major impact on both ends of the floor right away. 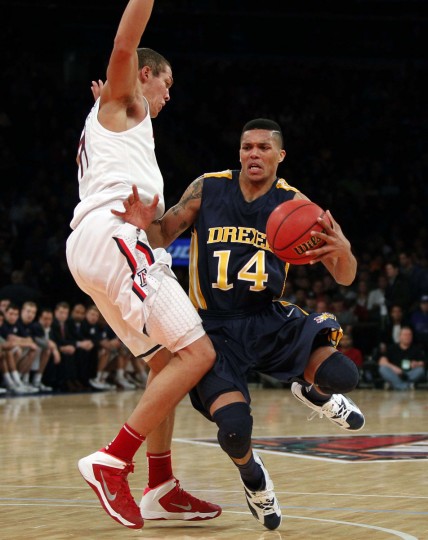 In his first game as a junior, Lee scored 22 points at UCLA, following up a sophomore season in which he averaged 17. The 2011-12 Colonial Athletic Association Rookie of the Year seemed well on his way to cementing his status as one of the top mid-major players in the country. But then he tore his ACL in the Dragons’ fifth game, against Arizona, and was gone for the year. Now healthy after a redshirt year, Lee is a preseason first-team All-CAA pick and the No. 1 player for The Baltimore Sun’s 2014-15 Sweet 16.

The toughest omissions were Daquein McNeil, a sophomore guard at Minnesota, Wayne Sparrow, a fifth-year senior guard at UMBC, and Cedric Blossom, a junior forward at Morgan State.

McNeil, a Baltimore native who went to high school at Vermont Academy, had a forgettable freshman year, averaging 1.6 points in 9.8 minutes per game. But he’s been called the Gophers’ most-improved player by coach Richard Pitino, and his stat lines from exhibition games seem to back that up.

Sparrow averaged 3.2 points and 2.2 rebounds at Richmond as a redshirt junior. After earning his bachelor’s degree, he moved on to UMBC, where he’ll pursue a master’s and be a leader on a young Retrievers squad. Some close to the program expect the former St. Frances shooting guard to be one of UMBC’s top scorers.

Blossom, a Montrose Christian grad and Columbia native, was the ultimate glue guy last year for a Morgan team that was one game short of an NCAA tournament berth. The 6-foot-6, 225-pound forward averaged 6.9 points and 5.3 rebounds as a sophomore.