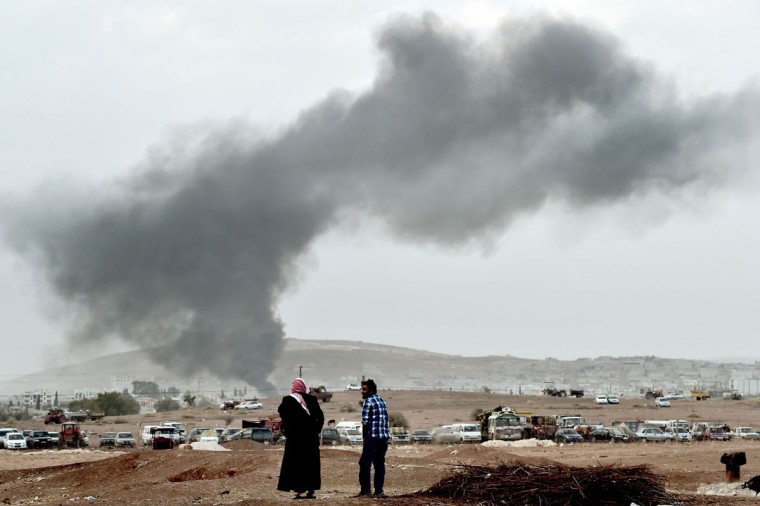 Smoke rises from the the Syrian town of Ain al-Arab, known as Kobane by the Kurds, after a strike from the US-led coalition as it seen from the Turkish-Syrian border in the southeastern village of Mursitpinar, Sanliurfa province, on October 14, 2014. (ARIS MESSINIS/AFP/Getty Images) 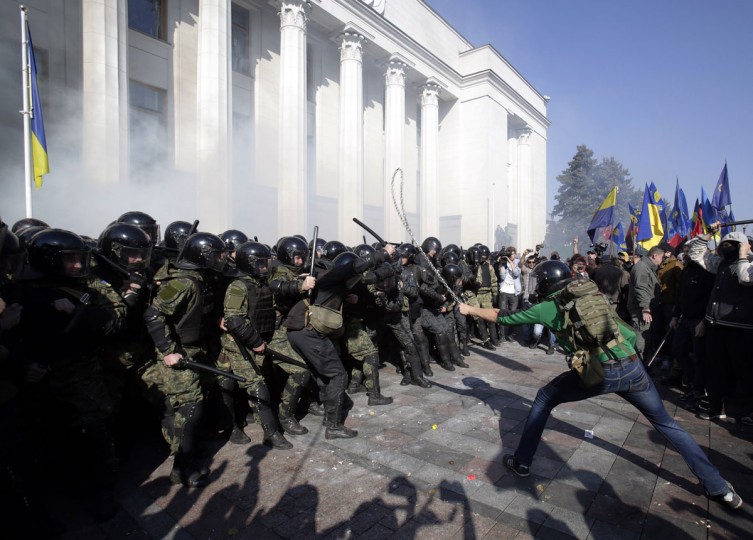 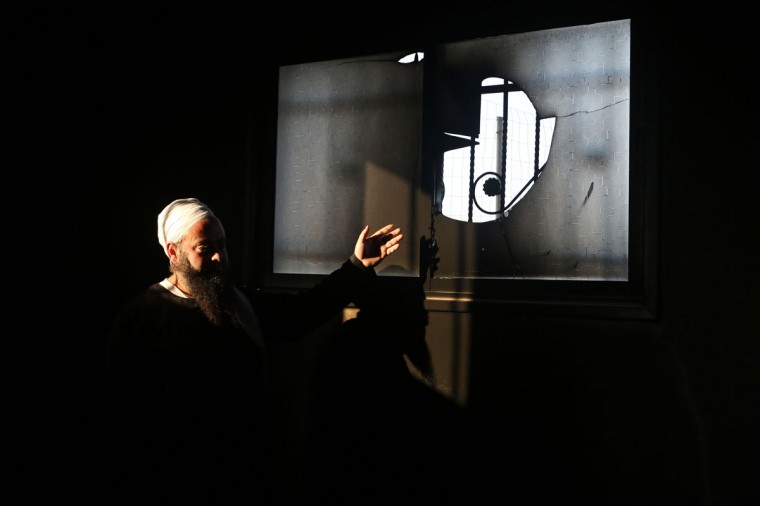 A Palestinian Muslim cleric points to a broken window in a mosque allegedly burnt by Jewish settlers, in the village of Aqraba, in the Israeli occupied Palestinian West Bank, near the northen city of Nablus, on October 14, 2014. (JAAFAR ASHTIYEH/AFP/Getty Images) 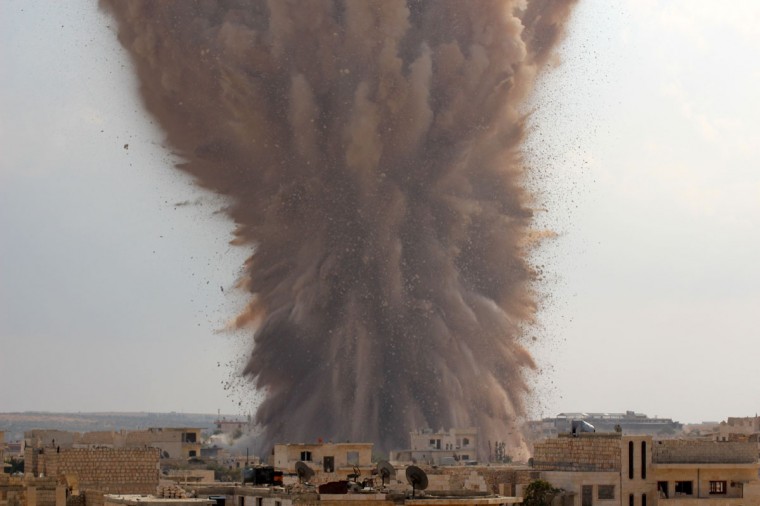 A picture taken on October 14, 2014 shows a large explosion allegedly hitting a Syrian army military outpost in the southern part of the city of Maarat al-Numan in the Idlib province. The explosion was reportedly caused by rebel fighters belonging to Ahrar al-Sham brigade of the Islamic Front coalition that dugged a tunnel underneath the outpost and loaded it with explosives. (GHAITH OMRAN/AFP/Getty Images) 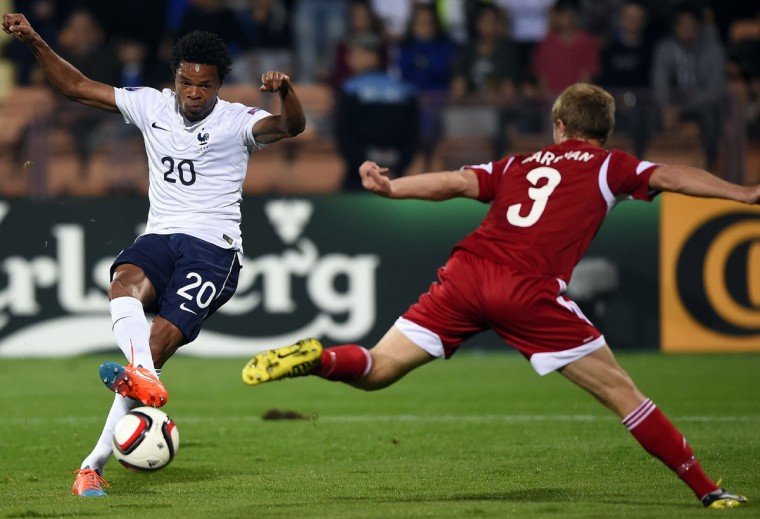 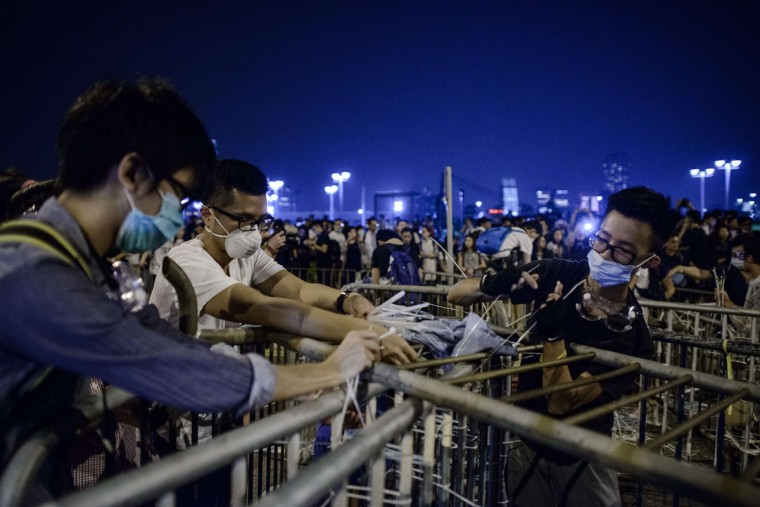 Pro-democracy protesters set up a barricade following a standoff with police outside the central government offices in Hong Kong on October 14, 2014. (PHILIPPE LOPEZ/AFP/Getty Images) 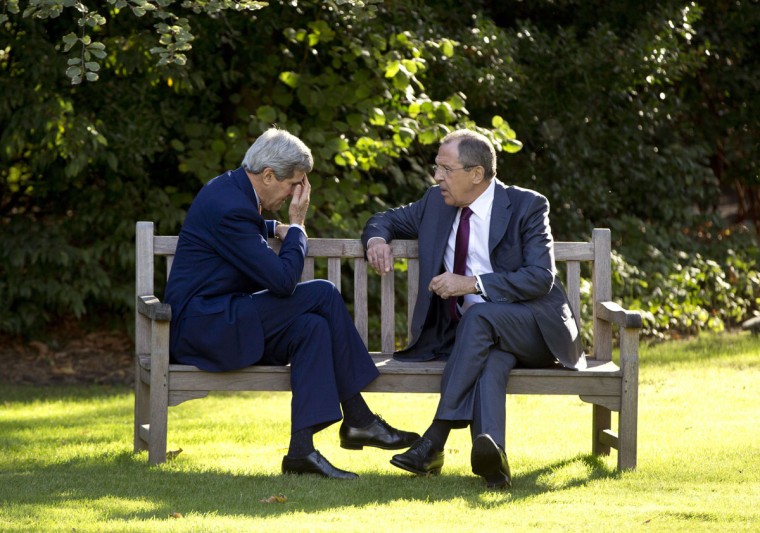 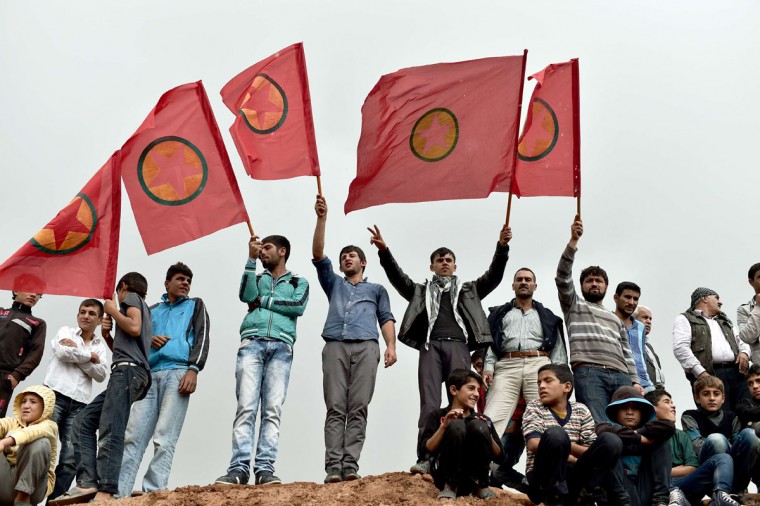 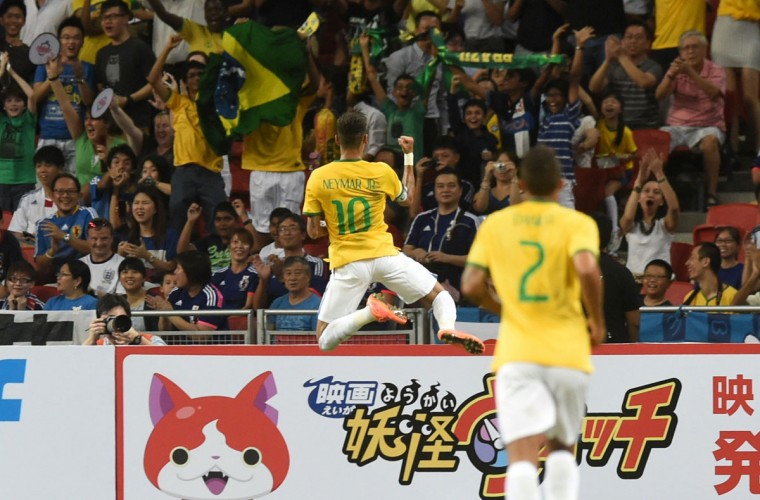 Brazil’s Neymar celebrates his first goal in a friendly soccer match against Japan at the National stadium in Singapore on October 14, 2014. (ROSLAN RAHMAN/AFP/Getty Images) 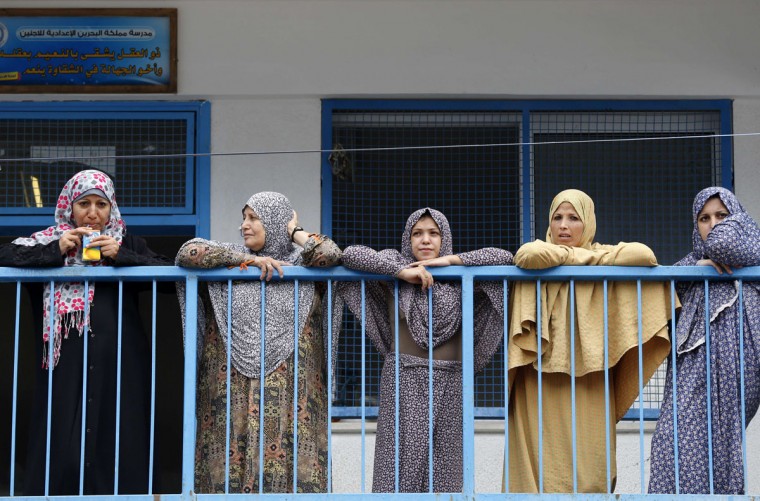 Palestinian women displaced from their homes in Shejaiya neighborhood and are still living in Al-Bahreen UN school, look on during United Nations (UN) Secretary General Ban Ki-moon’s (unseen) visit to the school in Gaza City on October 14, 2014. (MOHAMMED ABED/AFP/Getty Images) 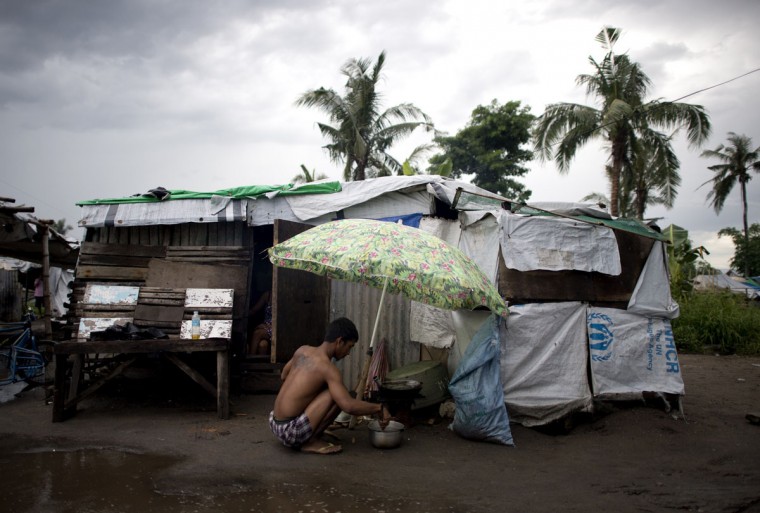 A man cooks dinner in front of his makeshift house at a tent city in Tacloban on the eastern island of Leyte on October 14, 2014. The town was devastated by typhoon Haiyan in 2013. The storm, the strongest ever to hit land, left more than 7,000 dead or missing and ravaged whole cities when it struck on November 8, 2013. (NOEL CELIS/AFP/Getty Images) 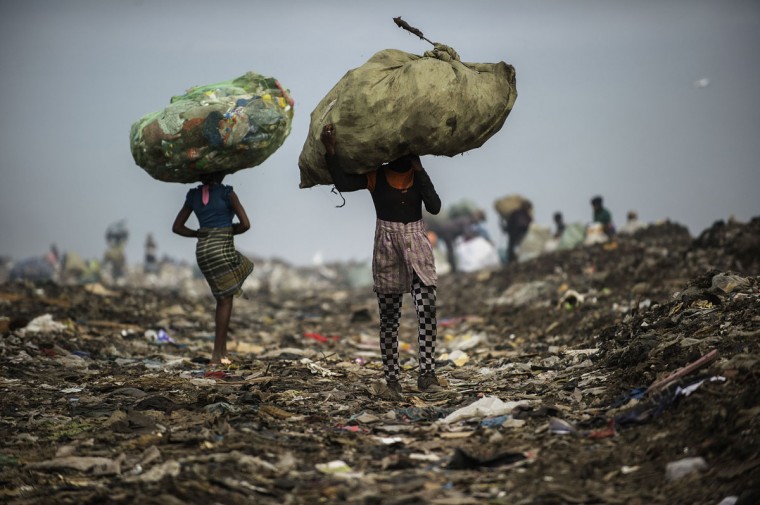 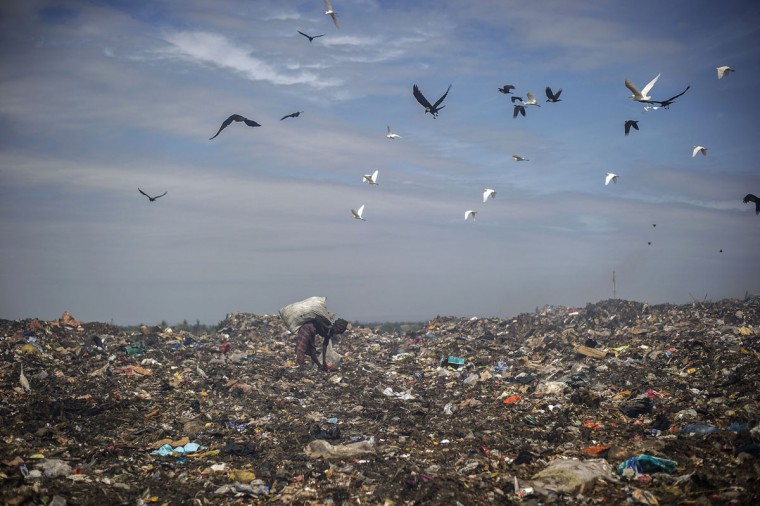 A rubbish picker sifts through garbage at the Maputo municipal garbage dumping site in Maputo on October 14, 2014. Mozambique’s upstart opposition vowed to take on the two traditional political heavyweights by offering a non-violent alternative in polls taking place on October 15 after a low-level conflict. (GIANLUIGI GUERCIA/AFP/Getty Images) 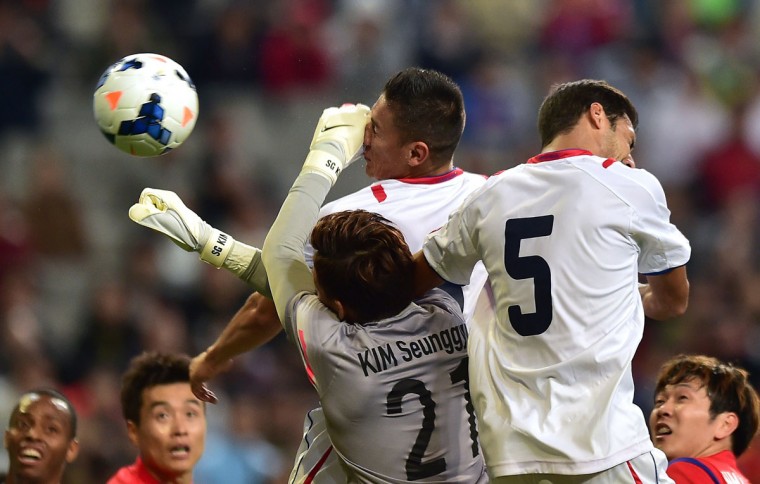 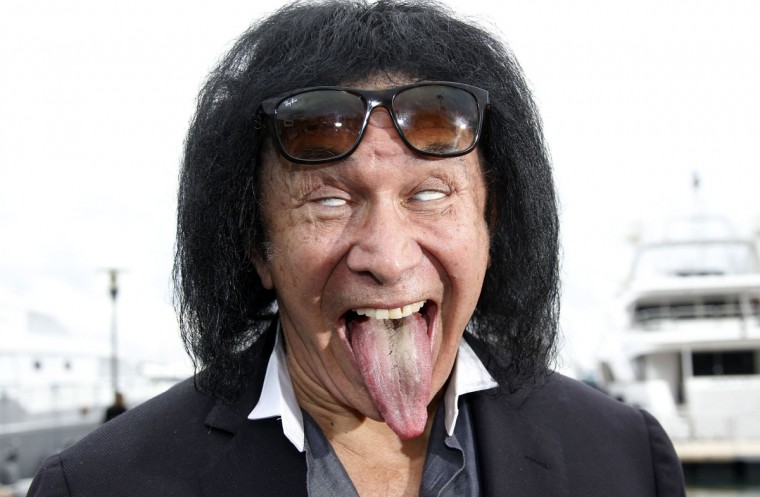 Israeli-US actor and musician, member of the band Kiss, Gene Simmons sticks his tongue out as he poses during a photocall for the TV series “Gene Simmons” as part of the MIPCOM, on October 14, 2014 in Cannes, southeastern France. (VALERY HACHE/AFP/Getty Images)