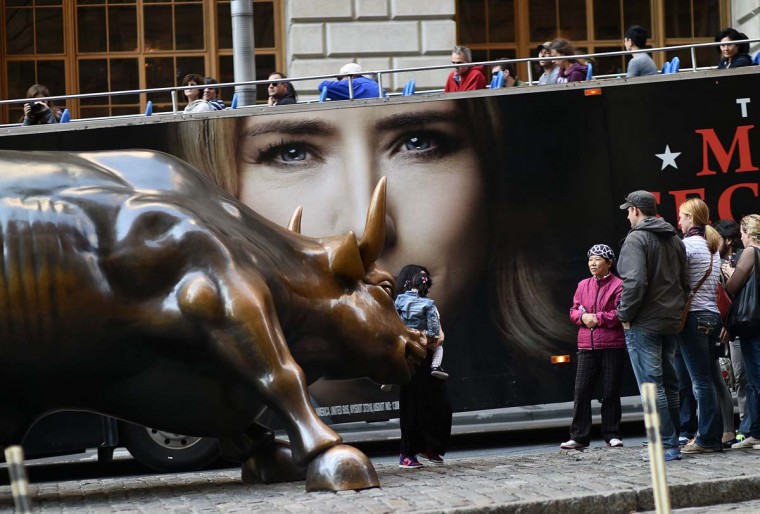 Tourists have their picture taken with the Charging Bull, which is sometimes referred to as the Wall Street Bull, in New York on October 17. || CREDIT: JEWEL SAMAD – AFP/GETTY IMAGES 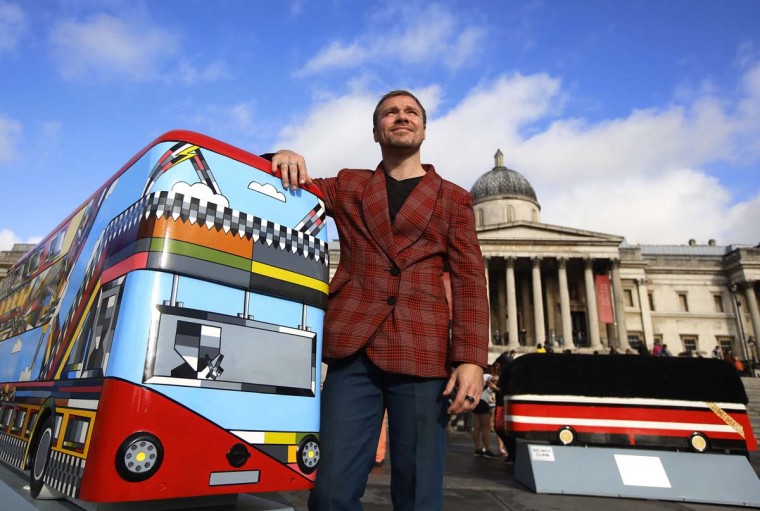 Artist Thomas W. Dowdeswell poses with his new Routemaster bus sculpture entitled “Come Rain or Come Shine” at Trafalgar Square in London October 17. The sculpture forms part of a collection of 60 bus sculptures decorated by artists that will be placed across the capital to create walking trails, before being auctioned for charity in 2015. || PHOTO CREDIT: LUKE MACGREGOR – REUTERS 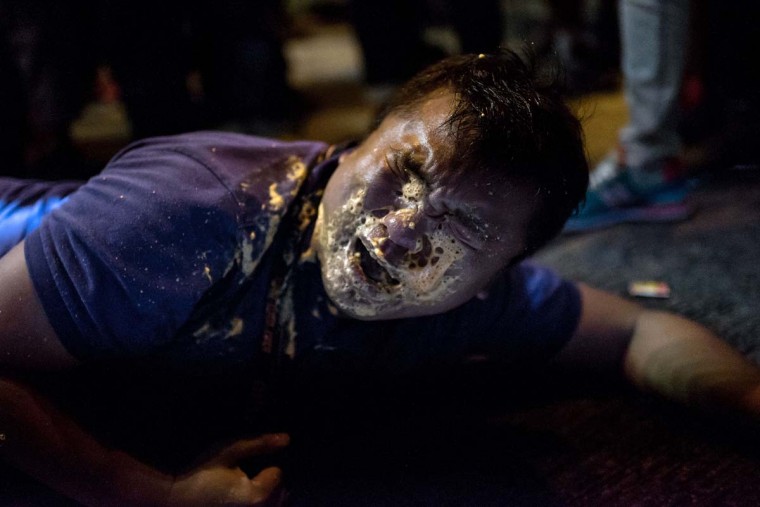 A cameraman collapses after being hit with pepper spray by police during clashes bewteen pro-democracy supporters and police in the Mongkok district of Hong Kong on October 17. Hong Kong has been plunged into the worst political crisis since its 1997 handover as pro-democracy activists take over the streets following China’s refusal to grant citizens full universal suffrage. || CREDIT: ALEX OGLE – AFP/GETTY IMAGES 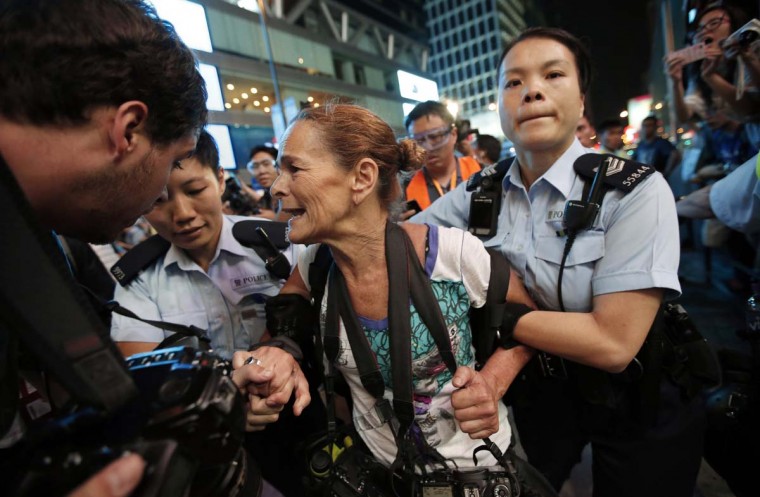 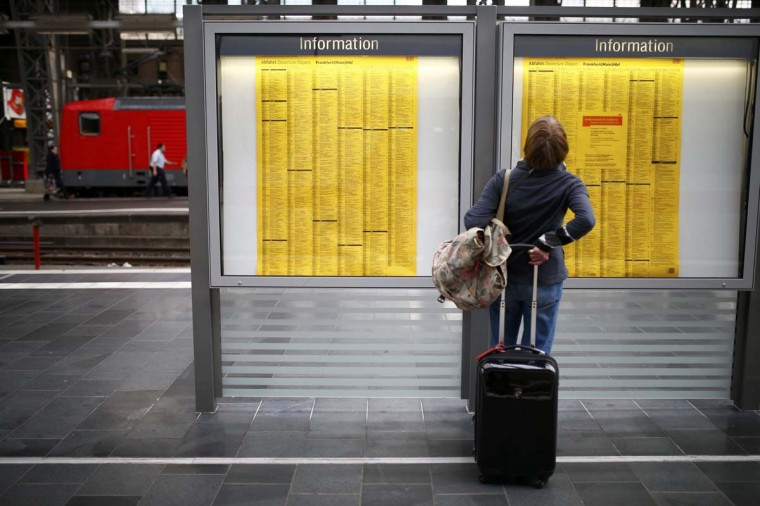 A passenger checks a train table at the main railway station in Frankfurt, October 17. German train drivers will stage a nationwide strike for the second time this week in a drawn-out dispute over pay and conditions with state-owned rail operator Deutsche Bahn, union GDL said on Friday. || PHOTO CREDIT: RALPH ORLOWSKI – REUTERS 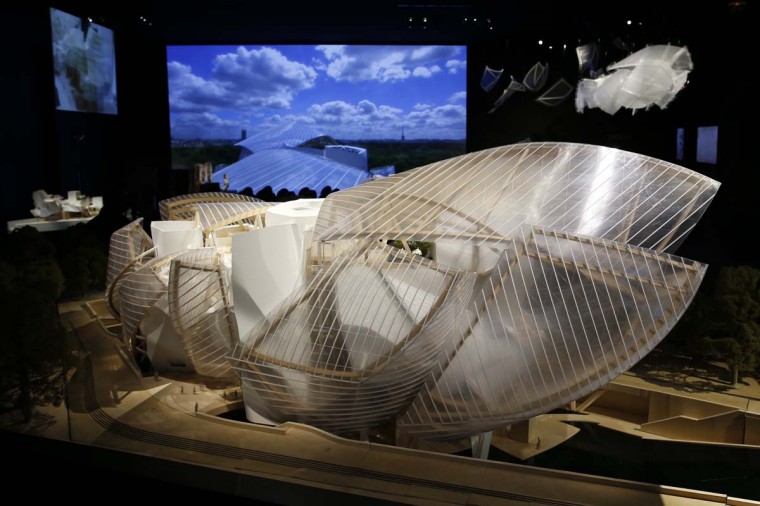 A view shows a model of the Fondation Louis Vuitton designed by architect Frank Gehry during a press visit at the Fondation in the Bois de Boulogne, western Paris, October 17. Reflecting sky, clouds and light, the airy and audacious building designed by Los Angeles-based architect Gehry and built on a one-hectare plot in the west of Paris resembles a swaying ship sitting next to a cascading rectangular pool of water. The Louis Vuitton Foundation for Creation, an art museum and cultural center, will open to the public on October 27, 2014 after three special open days for the Inaugural Weekend. || PHOTO CREDIT: BENOIT TESSIER – REUTERS 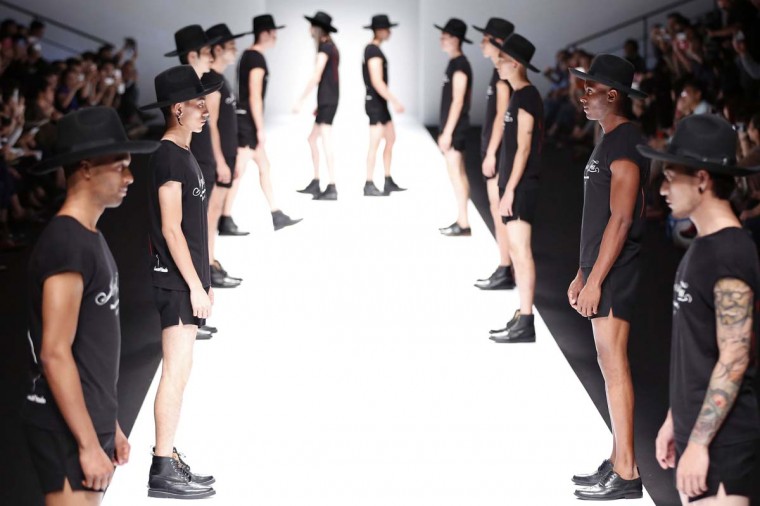 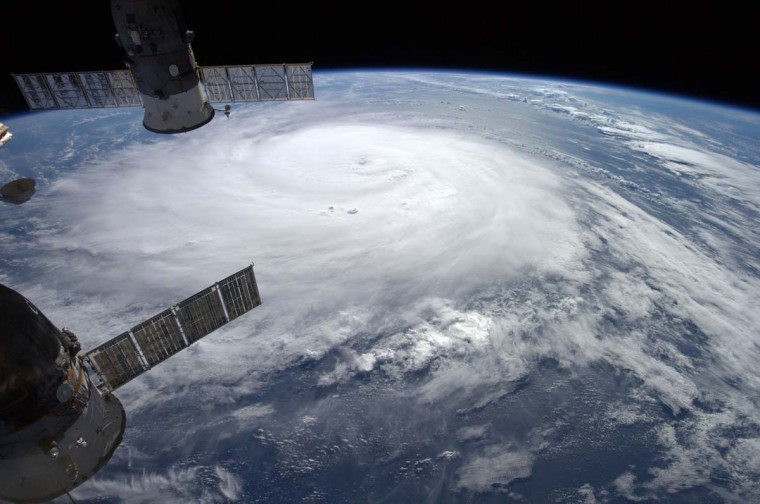 This NASA image of Hurricane Gonzalo was taken from the International Space Station by European Space Agency astronaut Alexander Gerst on October 16. The resort island chain of Bermuda braced October 17, 2014 for a hit from Hurricane Gonzalo, forecast to produce flooding, strong winds and a life-threatening storm surge. The capital, Hamilton, was eerily quiet as people retreated to the safety of their homes. Schools, businesses, grocery stores and government offices all closed early Thursday, and many people boarded up the windows of their homes and placed sandbags outside in preparation. As of early Friday, Gonzalo’s winds were whirling at 125 miles (200 kilometers) per hour, with even stronger gusts, the US National Hurricane Center said. Gonzalo has already killed one person in the Caribbean and triggered a hurricane warning for the British overseas territory, which is home to around 60,000 people. AFP PHOTO – NASA/ALEXANDER GERST – HANDOUT 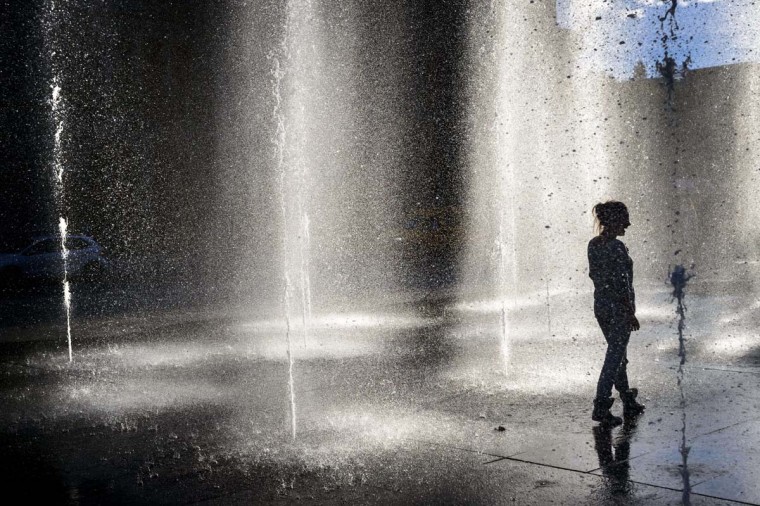 A women walks in a middle of the Federal square fountain on October 17 in the Swiss capital Bern during the end of a warm autumn day. || CREDIT: FABRICE COFFRINI – AFP/GETTY IMAGES 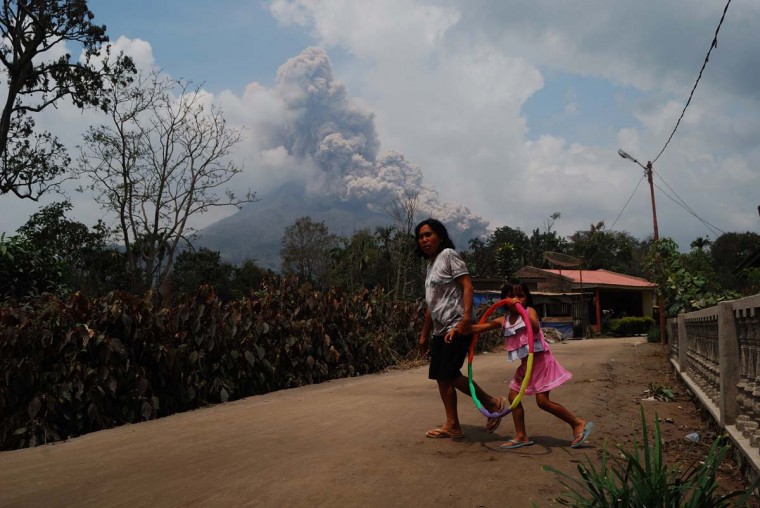 In this photograph taken on October 16, 2014, a woman and a child is seen in a village while Mount Sinabung volcano erupts in the background as seen from Karo district on Sumatra island. In February, Sinabung’s eruption killed about 17 people and forced more than 33,000 others to flee their homes. || CREDIT: SUTANTA ADITYA – AFP/GETTY IMAGES 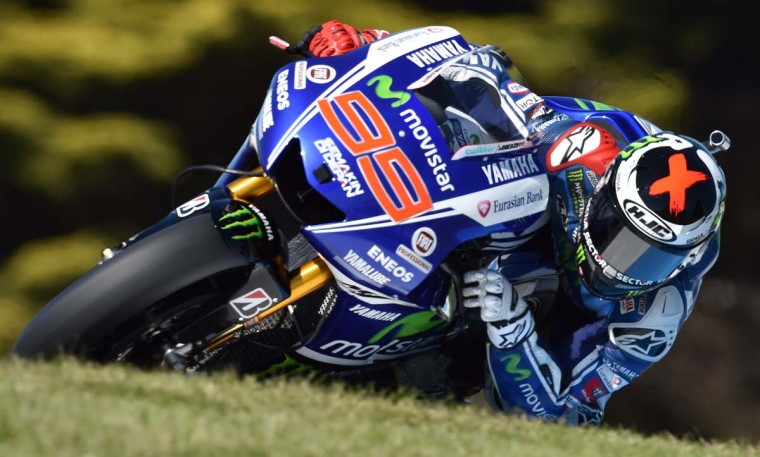 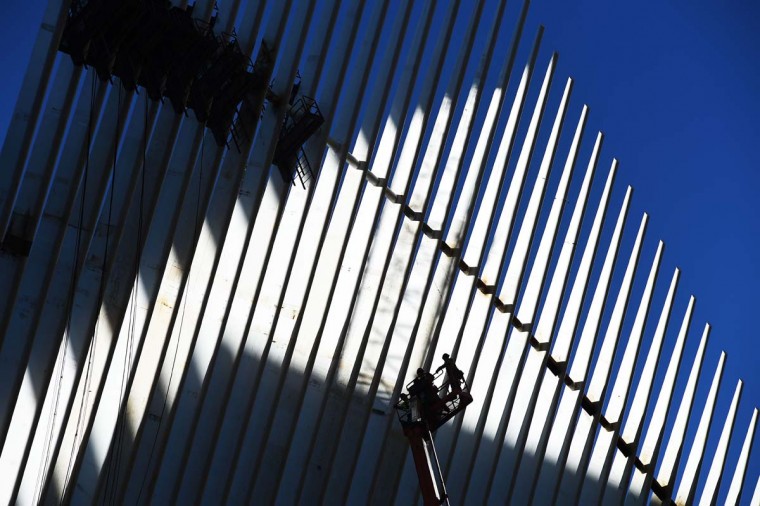 Laborers use a lift as they work at the transportation hub of the One World Trade Center in New York on October 17. US spending on construction slowed in August 2014, with declines in both the private and public sectors, the Commerce Department reported. Total construction spending fell 0.8 percent from July to an annual rate of $961.0 billion, but year-over-year was up 5.0 percent. The July figure was revised sharply lower to $968.8 billion from the prior estimate of $981.0 billion. || CREDIT: JEWEL SAMAD – AFP/GETTY IMAGES 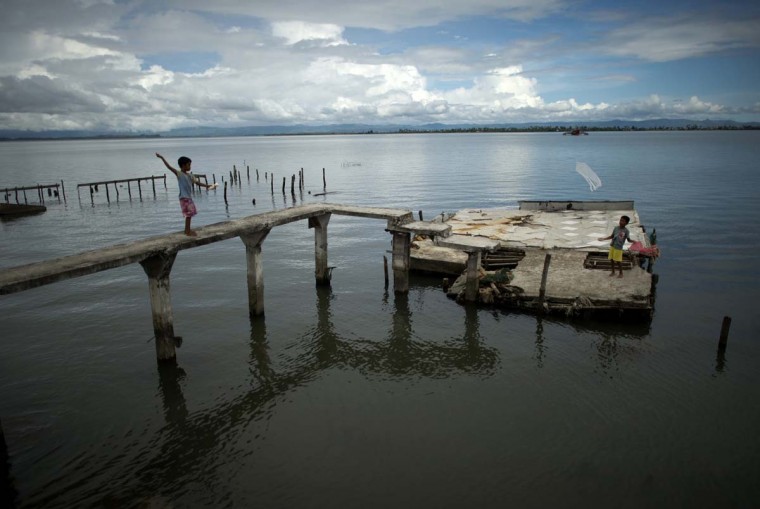 Children play with a kite at the site where a house once stood along the shore in Tacloban, which was devastated by typhoon Haiyan in 2013 on the eastern island of Leyte on October 17. The storm, the strongest ever to hit land, left more than 7,000 dead or missing and ravaged whole cities when it struck on November 8, 2013. Aid officials say that the affected areas have made a remarkable recovery, but years of hard work still lie ahead before the area is restored to normal. || CREDIT: NOEL CELIS – AFP/GETTY IMAGES 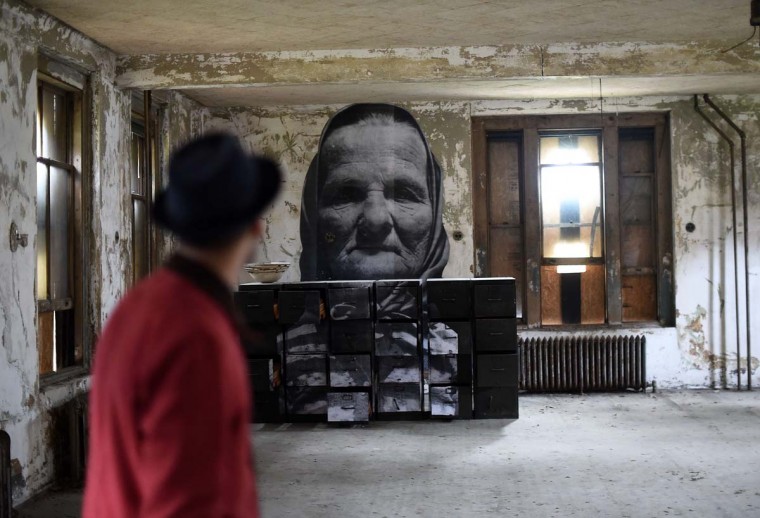 French street artist JR explains his art works to journalists inside the Ellis Island Immigrant Hospital during a media tour in New York on October 16. The abandoned 1902 hospital on New York’s Ellis Island now has a photographic installation by the artist. Century-old black-and-white photographs were enlarged to life-size proportions, and then pasted on walls, windows and other corners of the derelict hospital, which is now open to the public for the first time in 60 years. || CREDIT: JEWEL SAMAD – AFP/GETTY IMAGES 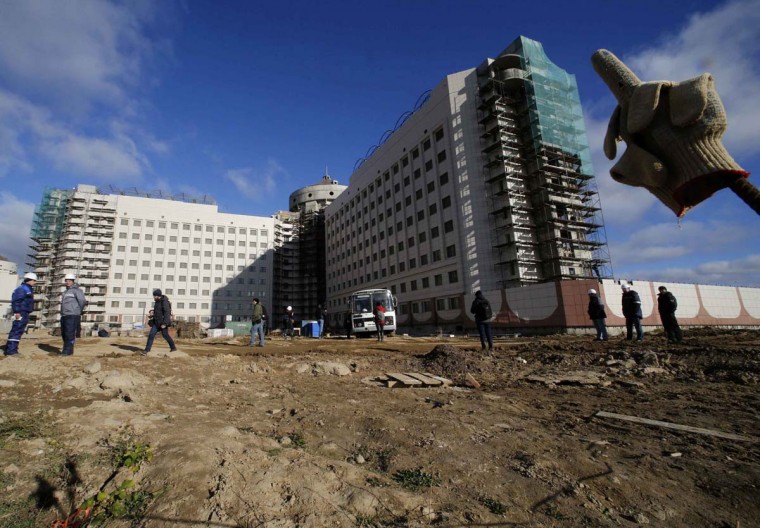 An exterior view shows the new Investigative Isolator “Kresty-2” (Crosses-2) detention centre, which is under construction, in St. Petersburg, October 17. “Kresty-2”, which will be the largest prison complex in Europe when it is finished as planned in 2016, has been designed for the maintenance of 4000 criminal suspects, according to a representative of the Russian Federal Penitentiary Service. || PHOTO CREDIT: ALEXANDER DEMIANCHUK – REUTERS 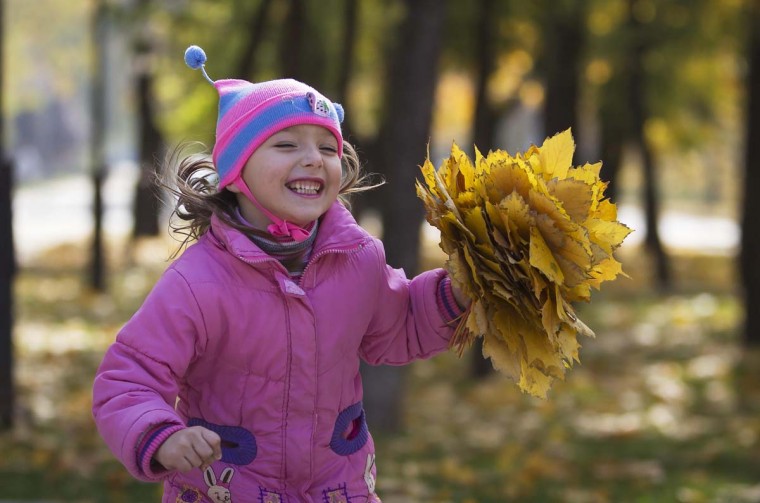 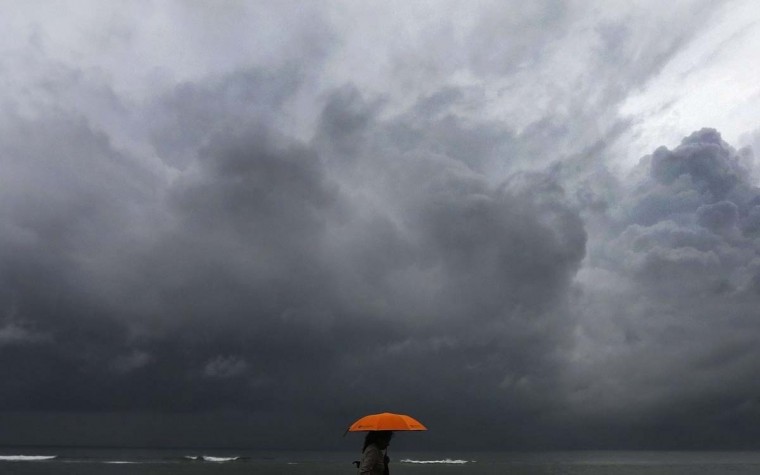 A woman holds an umbrella as heads to a railway station after work during a rainy day in Colombo October 17. || PHOTO CREDIT: DINUKA LIYANAWATTE – REUTERS 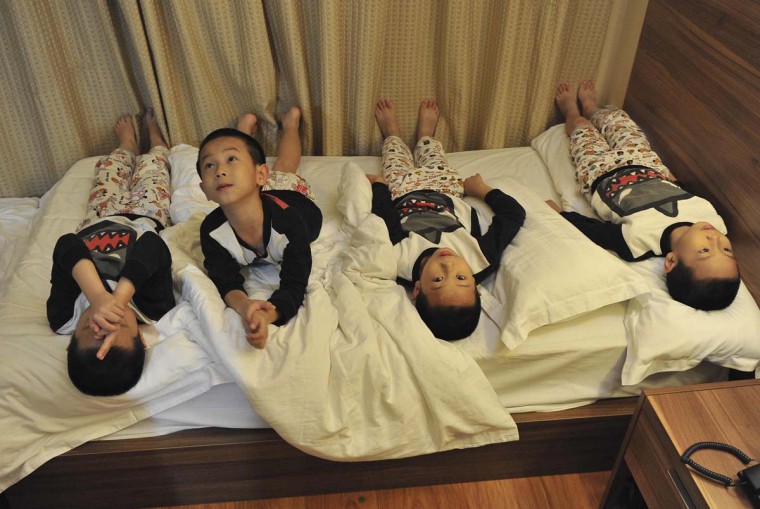 Eight-year-old quadruplets Jiang Yunlong, Yunxiao, Yunhan and Yunlin lie on a bed at a hotel after they attended a show in Beijing October 15. Tan Chaoyun, mother of the Jiang brothers, gave birth to the boys at the age of 41 in Shenzhen, according to local media. || PHOTO CREDIT: STRINGER – REUTERS 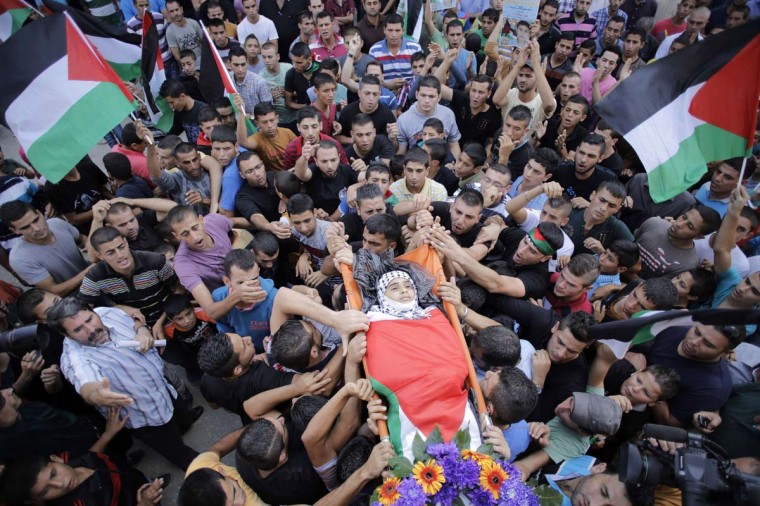 Mourners carry the body of Palestinian boy Bahaa Badr, 13, who was killed by Israeli troops during his funeral at the village of Beit Laqiya near the West Bank city of Ramallah October 17. Israeli forces shot and killed a Palestinian boy in a village in the occupied West Bank on Thursday, local medics and residents told Reuters. Bahaa Badr was shot in the chest as Israeli forces entered Beit Liqya near the dividing line with Israel and were pelted with stones by local youths, the sources said. || PHOTO CREDIT: AMMAR AWAD – REUTERS