Animals in Lebanon, robots in China, rebuilding in Gaza | October 10 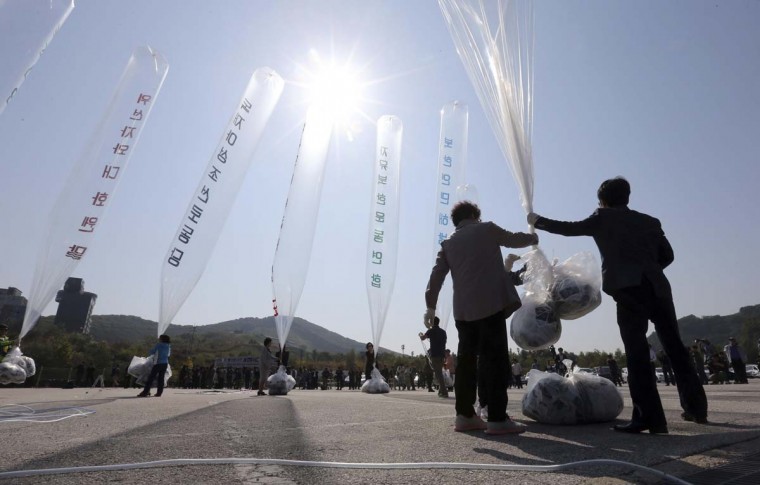 Former North Korean defectors hold a balloon containing anti-North Korea leaflets as they prepare to release them toward the North, near the demilitarized zone in Paju, October 10, 2014. North Korea fired artillery into South Korea on Friday, aimed at a region near the rivals’ military border where an activist group had sent leaflets flying into the North, Yonhap news agency said. || PHOTO CREDIT: LIM BYUNG-SIK/YONHAP – REUTERS 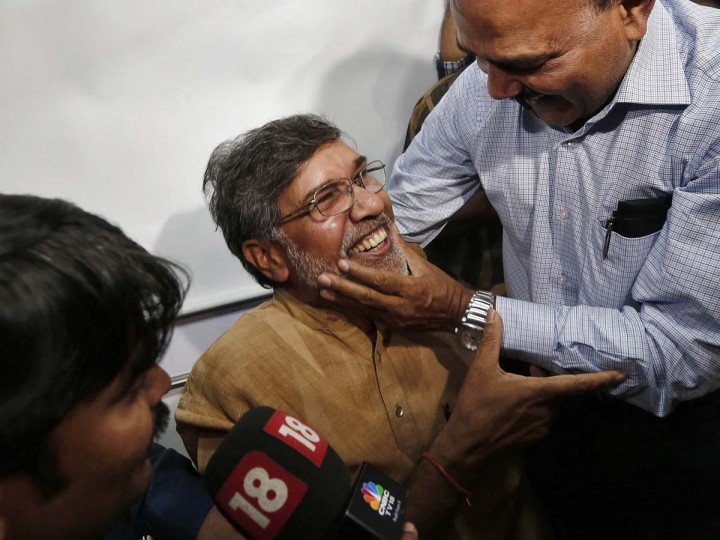 Indian children’s right activist Kailash Satyarthi (C) is congratulated by an unidentified man at his office in New Delhi October 10, 2014. Pakistani teenager Malala Yousafzai, who was shot in the head by the Taliban in 2012 for advocating girls’ right to education, and Satyarthi won the 2014 Nobel Peace Prize on Friday. Satyarthi, 60, and Yousafzai were picked for their struggle against the oppression of children and young people, and for the right of all children to education, the Norwegian Nobel Committee said. || PHOTO CREDIT: ADNAN ABIDI – REUTERS 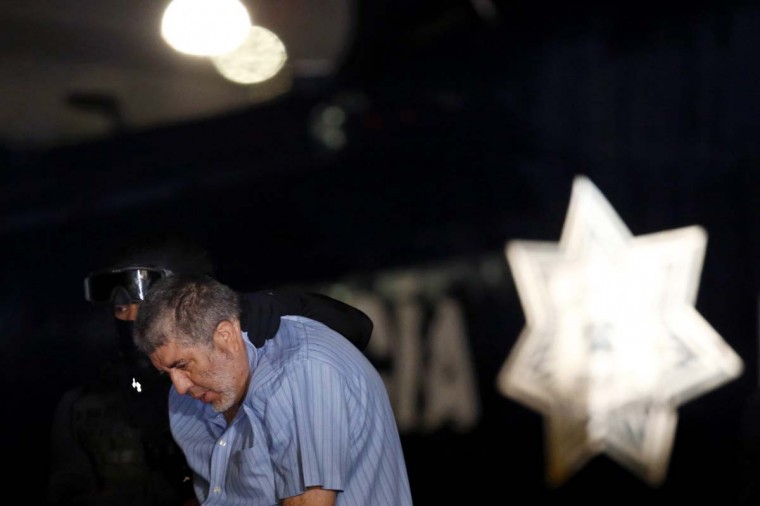 A federal policeman escorts Vicente Carrillo, drug kingpin of the Juarez Cartel, at the hangar belonging to the office of the Attorney’s General in Mexico City October 9, 2014. Mexico captured the leader of the once-feared Juarez Cartel in the country’s restive north on Thursday, the second drug kingpin to fall in just over a week, a government source said. Carrillo, 51, long-time head of the Juarez Cartel, was a fierce rival of Joaquin “Shorty” Guzman, the leader of the Sinaloa Cartel and the world’s most wanted drug boss until his capture in February. || PHOTO CREDIT: EDGARD GARRIDO – REUTERS 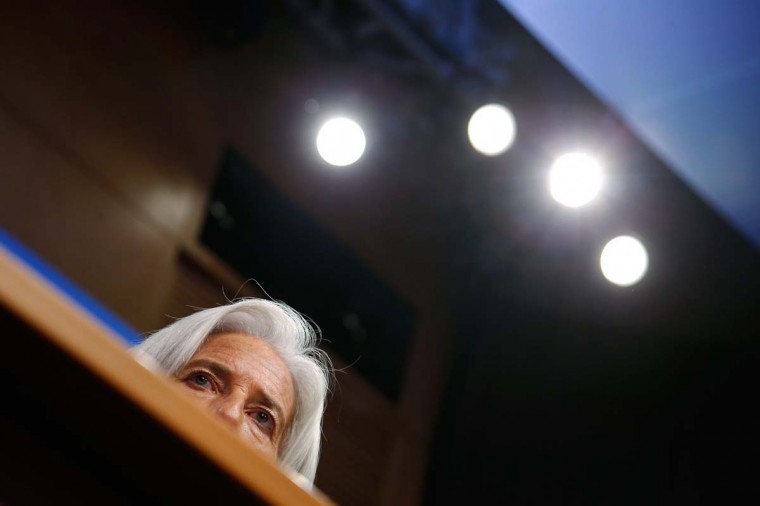 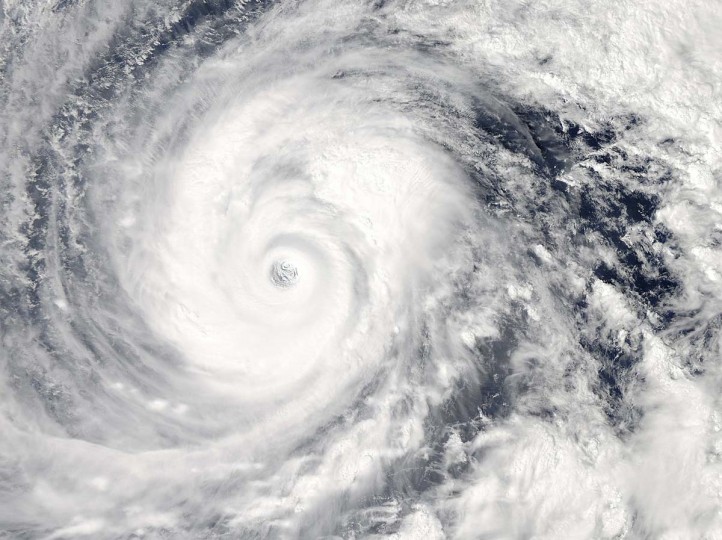 Typhoon Vongfong is seen in the Pacific Ocean as it approaches Japan’s main islands on its northward journey, in this Moderate-Resolution Imaging Spectroradiometer (MODIS) image taken from NASA’s Aqua satellite at 0425 GMT on October 9, 2014. Japan was bracing on Friday for its strongest storm this year, a super typhoon powering north toward the Okinawa island chain that threatens to rake a wide swathe of the nation with strong winds and torrential rain. Vongfong, which at one point rivaled last year’s devastating typhoon Haiyan in strength, was weakening slightly as it moved north across the open ocean, but still carried winds gusting as high as 259 kph (160 mph). Picture taken October 9, 2014. || PHOTO CREDIT: NASA/HANDOUT VIA REUTERS – REUTERS 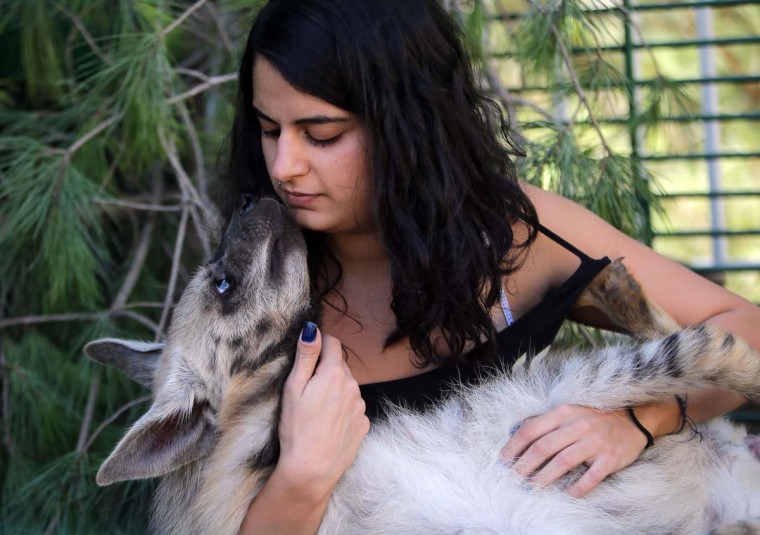 Co-Founder and board member of animals right group Animals Lebanon, Safa Hojeij, pets one of two rescued stripped-hyenas in Aley, east of Beirut, on October 10, 2014. Max and Val, the brother and sister pair of hyenas cubs are being kept in Aley after they were rescued by Animals Lebanon and will soon be sent to a sanctuary in France. || CREDIT: JOSEPH EID – AFP/GETTY IMAGES 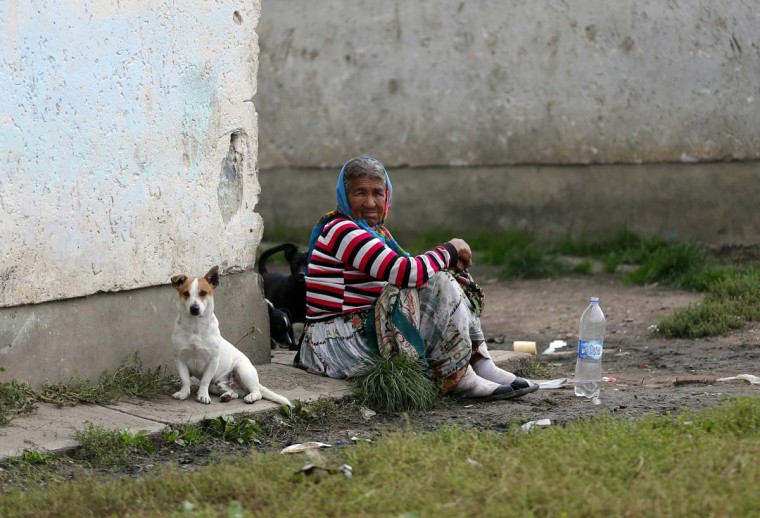 A Roma woman sits next to a dog at the Roma slum in Tiszavasvari, east of Budapest September 26, 2014. Tiszavasvari, a town of 13,000, is by far the largest Jobbik-controlled municipality. Hungary’s far-right Jobbik party is on track to take over dozens of city halls in a municipal election on October 12, 2014, handing it new powers that, critics say, it will use to persecute ethnic minorities. But the experience in Tiszavasvari is that even the most hardline agenda ends up running aground in the swamp of budget shortfalls, petty squabbles and failed schemes that make up local politics in Hungary. For the town’s Roma, many of whom live in a slum of mud huts where half-naked children play in a trash-strewn ditch, the budget shortfall meant at least they did not have to add harassment by a far-right militia to their list of problems. Picture taken September 26, 2014. || PHOTO CREDIT: LASZLO BALOGH – REUTERS 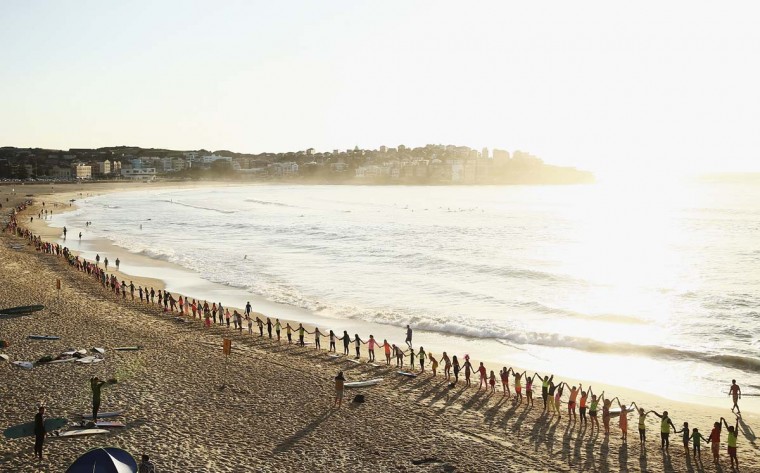 Sydney locals line up along the waters edge dressed in fluro costumes in an attempt to create Bondi’s largest fluro wave stretching from South Bondi to North Bondi at Bondi Beach on October 10, 2014 in Sydney, Australia. The event is to raise awareness on World Mental Day and show support for everyone who has ever suffered, or knows someone who has suffered with depression and other disorders including bi-polar and anxiety. (Photo by Ryan Pierse/Getty Images) 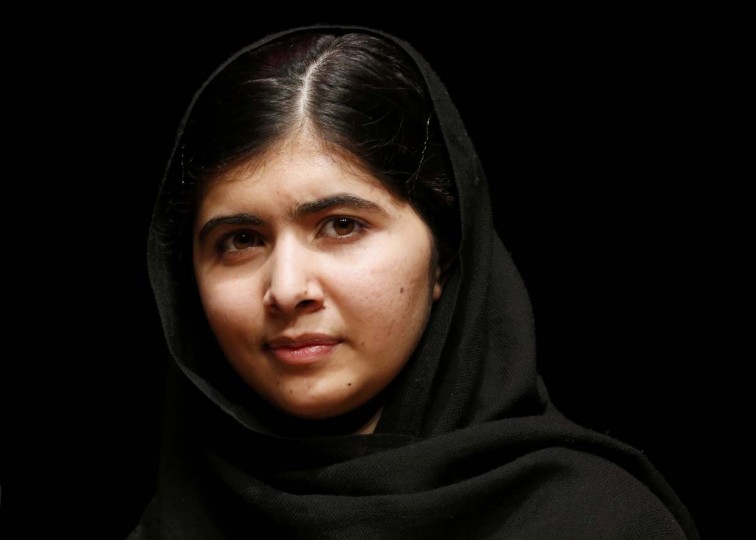 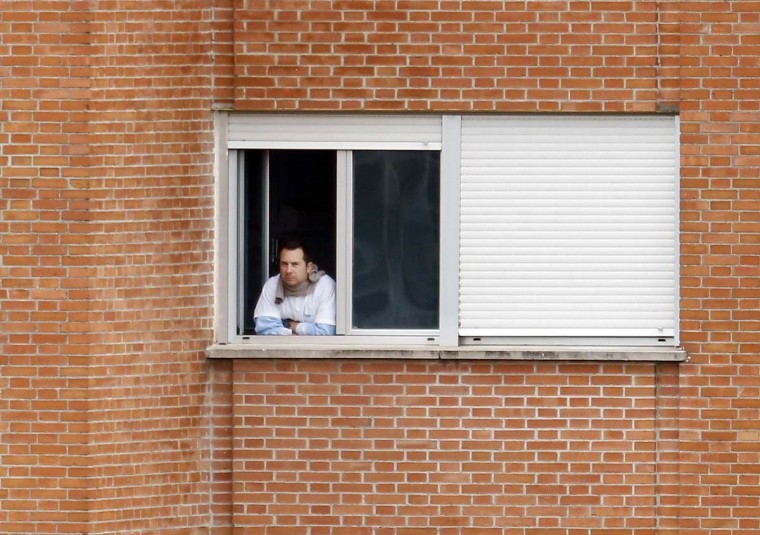 Javier Limon Romero, the husband of Spanish nurse Teresa Romero Ramos who contracted Ebola, looks out of the window of a ward he is being kept isolated in, at Madrid’s Carlos III hospital, October 10, 2014. Seven people turned themselves in late on Thursday to an Ebola isolation unit in Madrid where Teresa Romero, the nurse who became the first person to contract Ebola outside Africa, lay gravely ill. A hospital spokeswoman said there were now 14 people in the isolation unit on its sealed-off sixth floor, including Romero, her husband, and health workers who had cared for Romero since she was admitted on Monday. || PHOTO CREDIT: ANDREA COMAS – REUTERS 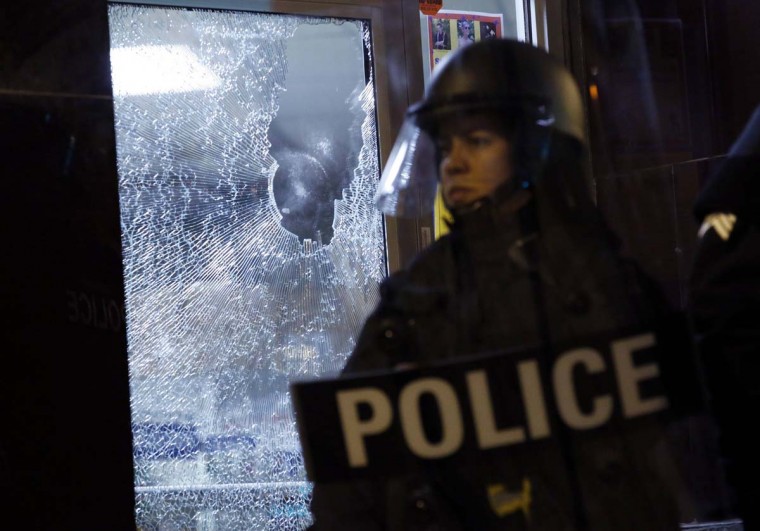 A police officer stands guard in front of a damaged storefront during a protest after a vigil in St. Louis, Missouri, October 9, 2014. Police clashed with protesters in St. Louis on Thursday for a second consecutive night, a day after a 32-year-old white St. Louis police officer fatally shot a black teenager, 18-year-old Vonderrit Myers Jr., ahead of a weekend of planned marches and rallies in the area over the August killing of unarmed black teenager Michael Brown. || PHOTO CREDIT: JIM YOUNG – REUTERS 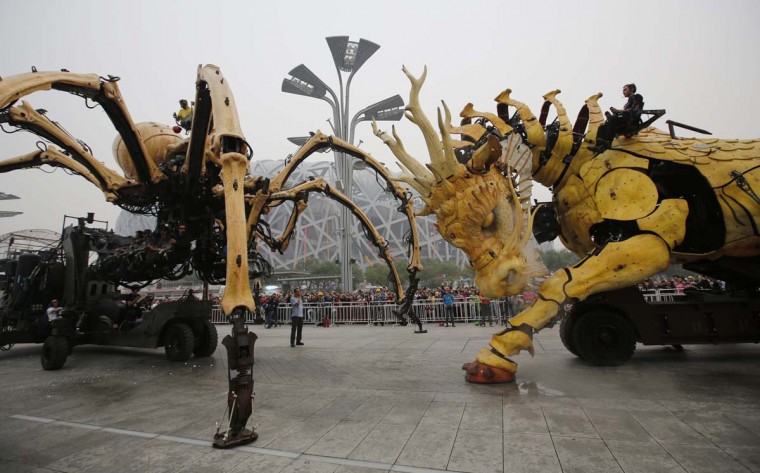 Mechanical installations named “Long Ma” (R) and “The Spider” are operated at a rehearsal of the Long Ma performance in front of the National Stadium, also known as the Bird’s Nest, in Beijing October 10, 2014. “Long Ma”, a 17-meter (56-ft) long and 15-meter (49-ft) tall mechanized dragon sculpture, and “The Spider”, a 5.7-meter (19-ft) tall and 6-meter (20-ft) wide machine, are operated by French performance art company La Machine. The structures are operated by an automatic control system and electronic equipment. The performance, which combines Chinese culture and French art, will be held next week in Beijing in honour of the 50th anniversary of the establishment of diplomatic relations between the two countries, an organiser of the event said. || PHOTO CREDIT: KIM KYUNG-HOON – REUTERS 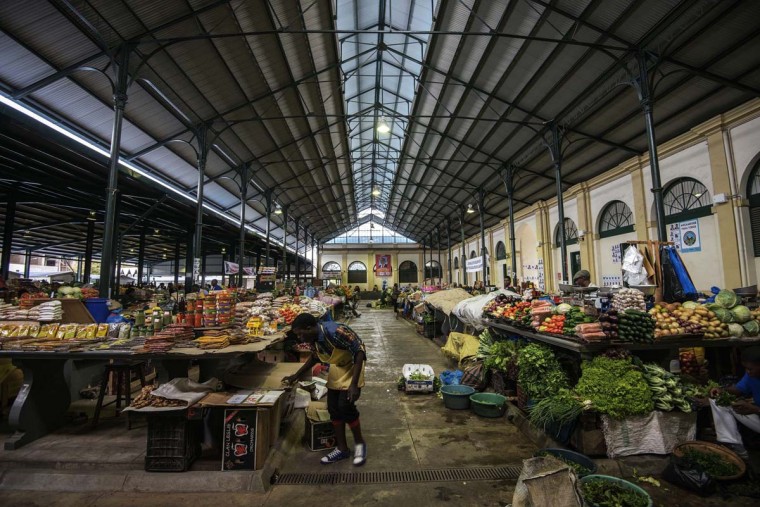 Vendors sell vegeatables near a a ruling Frelimo party flag (back) and of the main opposition party, Renamo (R) inside the Maputo Central Market in the Mozambican capital, on October 10, 2014. Mozambicans will cast their ballots in the general elections on October 15. || CREDIT: GIANLUIGI GUERCIA – AFP/GETTY IMAGES 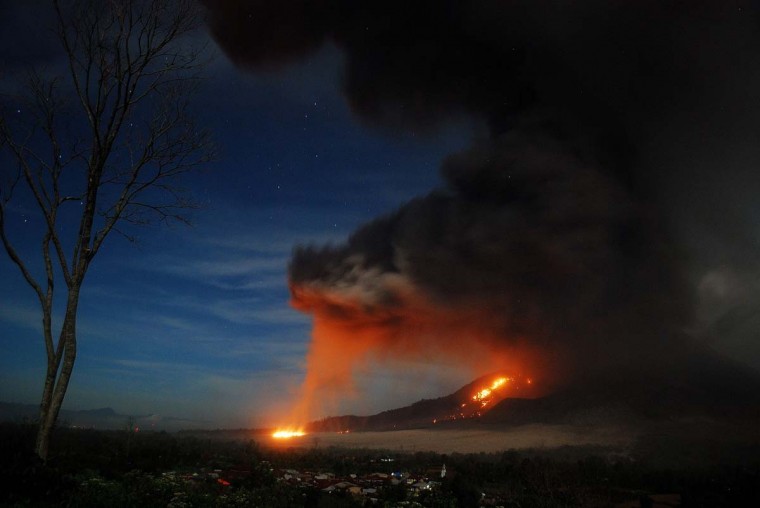 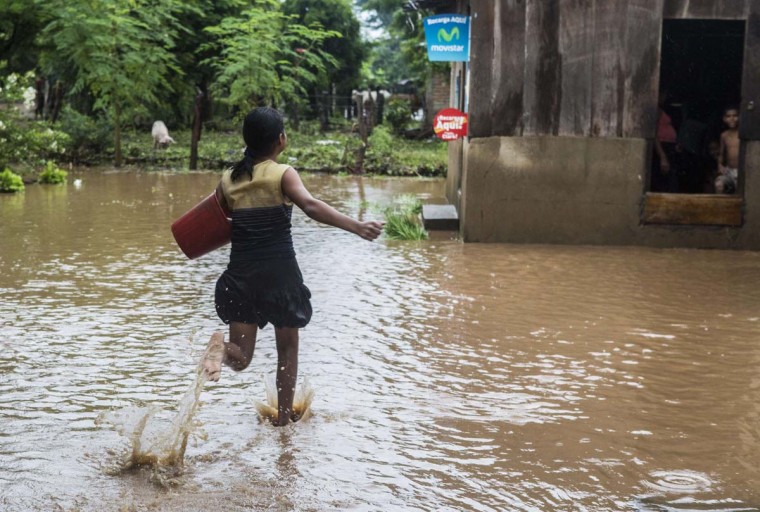 A girl runs through an area affected by the flooding of the river Ochomogo, in Barraza, about 30km from the city of Rivas, Nicaragua on October 9, 2014. According to reports, some six thousand people have been affected by the floods. || CREDIT: INTI OCON – AFP/GETTY IMAGES 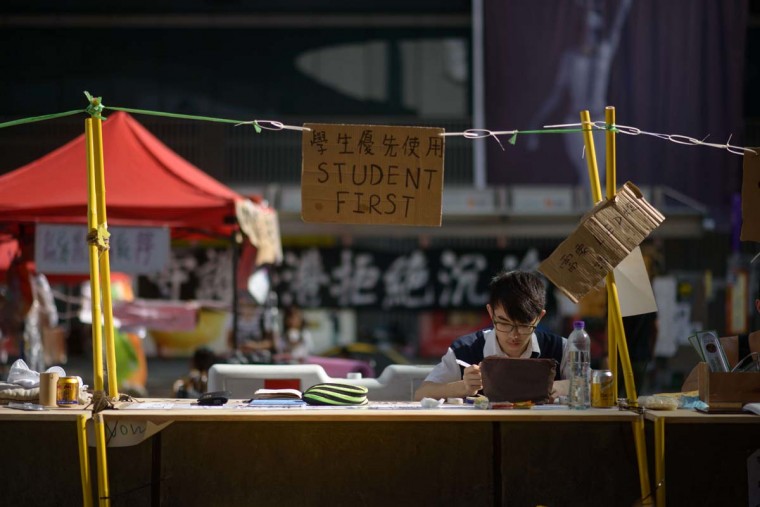 A student works at a desk on a road occupied by pro-democracy protesters in the Admiralty district of Hong Kong on October 10, 2014. Hong Kong has been plunged into the worst political crisis since its 1997 handover as pro-democracy activists take over the streets following China’s refusal to grant citizens full universal suffrage. || CREDIT: ED JONES – AFP/GETTY IMAGES 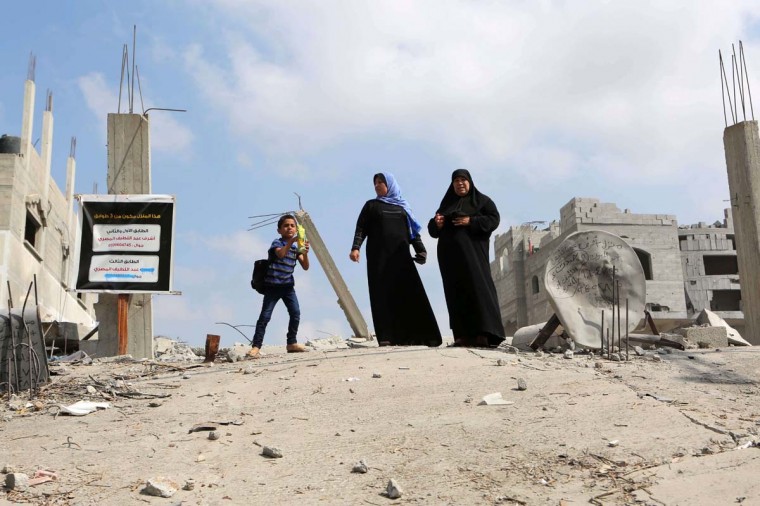 Palestinians stand on a street waiting for the arrival of Palestinian Prime Minister Rami Hamdallah (unseen) who will visit some of the areas worst hit by the 50-day war between Israel and Gaza militants in July and August, on October 9, 2014 in Beit Hanoun in the northern Gaza Strip. Hamdallah crossed into Gaza today to hold the first cabinet meeting in the war-ravaged territory of a unity government formed by rivals Fatah and Hamas. || CREDIT: SAID KHATIB – AFP/GETTY IMAGES 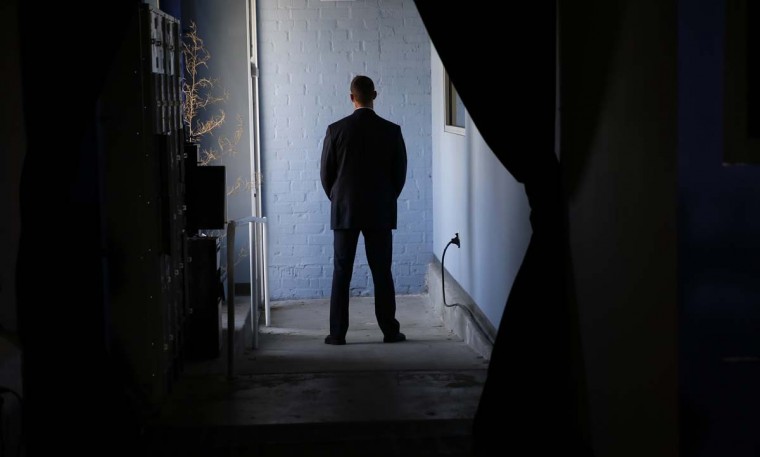 A Secret Service agent guards a door as U.S. President Barack Obama speaks during a visit to Cross Campus in Los Angeles, California October 9, 2014. Obama is on a three-day trip to California where he will primarily attend Democratic Party fund raisers. || PHOTO CREDIT: KEVIN LAMARQUE – REUTERS 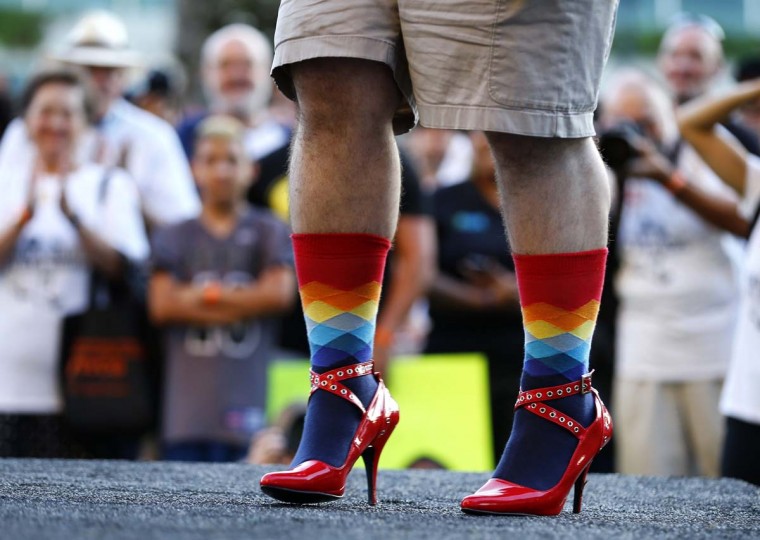 A man takes part in a fashion show before participating with hundreds of other men and women walking through downtown wearing high heel shoes as part of an event called “Walk a Mile in Her Shoes” to help raise awareness of domestic violence in San Diego, California October 9, 2014. || PHOTO CREDIT: MIKE BLAKE – REUTERS 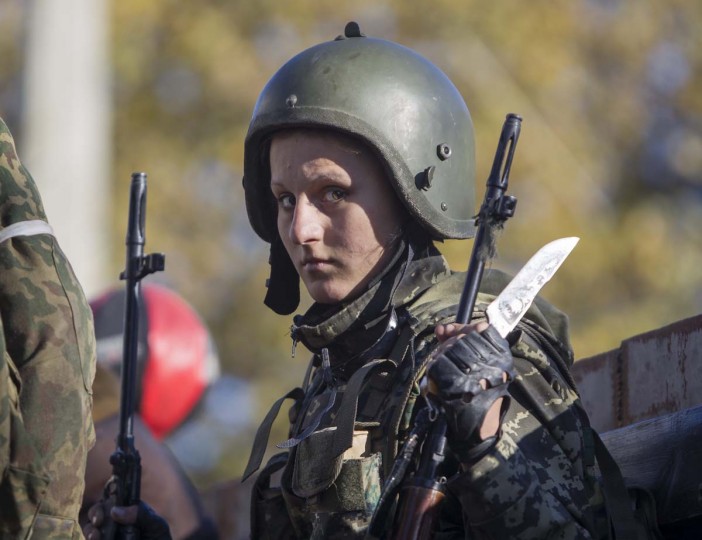 A female pro-Russian rebel stands on a truck as she gets ready to take position near the Sergey Prokofiev International Airport during fighting with Ukrainian government forces in the town of Donetsk, eastern Ukraine, October 4, 2014. Before fighting broke out in eastern Ukraine, Irina was a croupier in a casino who never dreamt of taking up arms. Now she is gambling with her life. Using the nom de guerre “Gaika”, a cartoon character that translates as Gadget, she has joined an artillery unit in a pro-Russian separatist group fighting government forces. “When your home is being destroyed, everything that is dear to you, friends, work … It’s about character. Girls who go into combat are real Russian women,” she said in an interview, explaining why she joined up. It has proved a tough experience but she has no regrets. Picture taken October 4. || PHOTO CREDIT: SHAMIL ZHUMATOV – REUTERS