From the archives: Baltimore jail riots

Throughout the 1970s, there were several scuffles inside the Baltimore City jail, most notably in February and September 1971 among uproar in the Attica, N.Y. jail.

Reports suggest that by the summer of 1971, the state prison in Attica was ready to explode. From History, “inmates were frustrated with chronic overcrowding, censorship of letters, and living conditions that limited them to one shower per week and one roll of toilet paper each month. Some Attica prisoners, adopting the radical spirit of the times, began to perceive themselves as political prisoners rather than convicted criminals.” 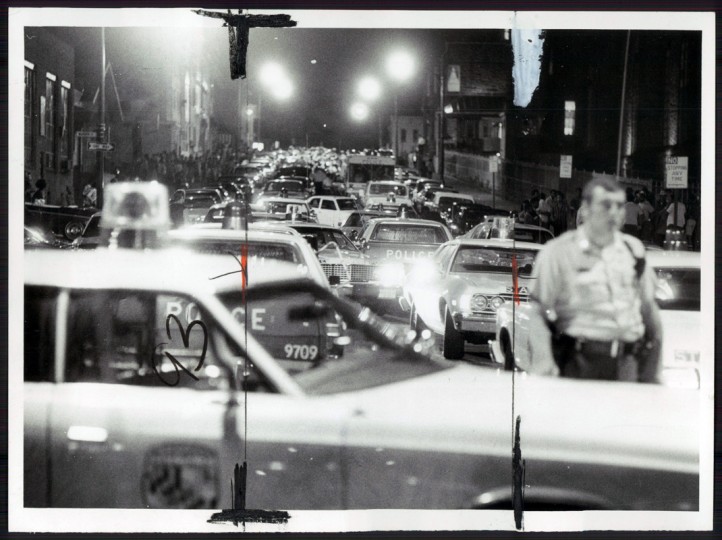 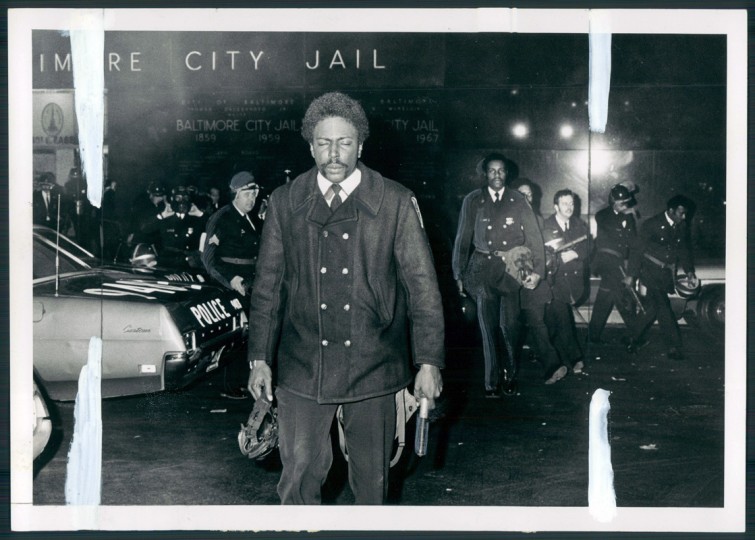 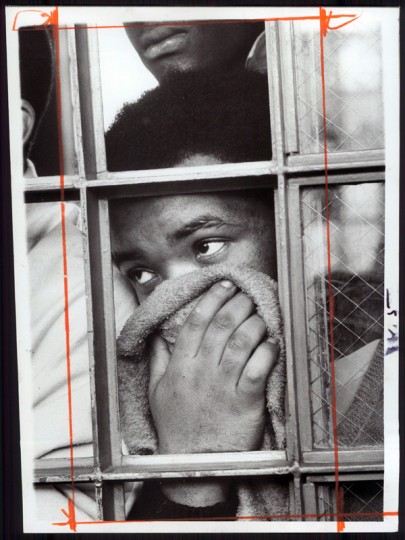 An imate reacts to gas used to surpress the troublemakers at the jail. (William LaForce/Sun file/Feb. 18, 1971) 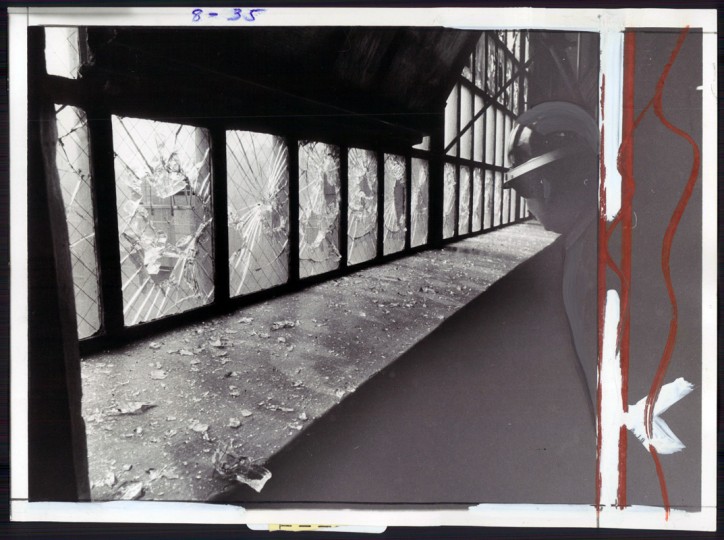 An officer surveys a few of the windows smashed during a riot yesterday by the prisoners at the City Jail. Tear gas was used in suppressing the trouble. (William LaForce/Sun file photo/Feb. 19, 1971) 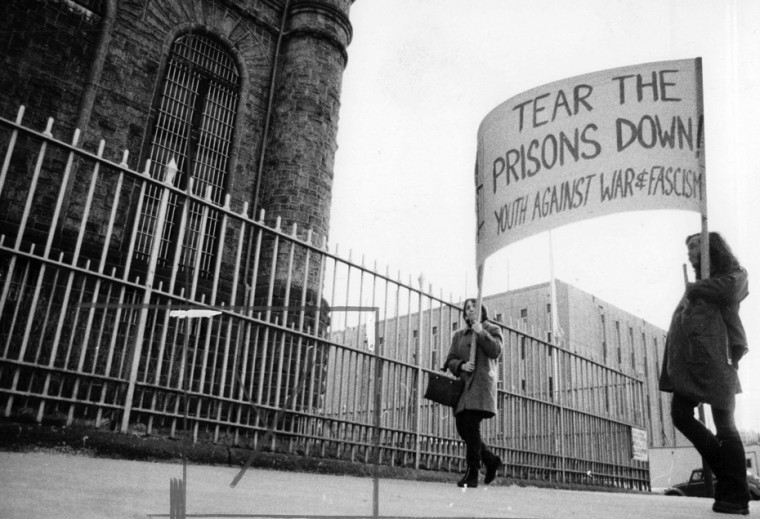 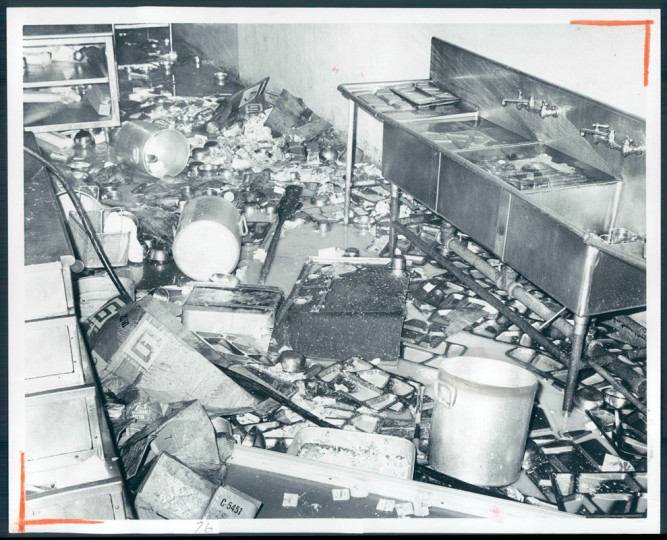 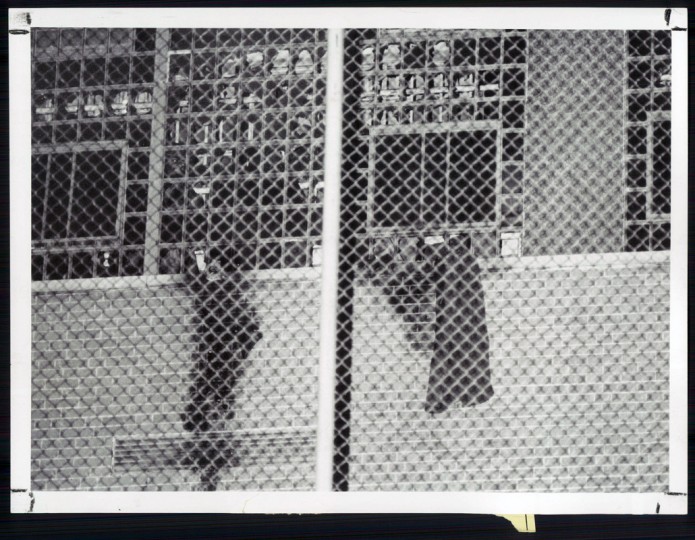 A smoldering blanket hangs from a third floor jail window, right. The smoked area beneath the other window shows where another blanket burned. (Irving Phillips/Sun photo/April 1972) 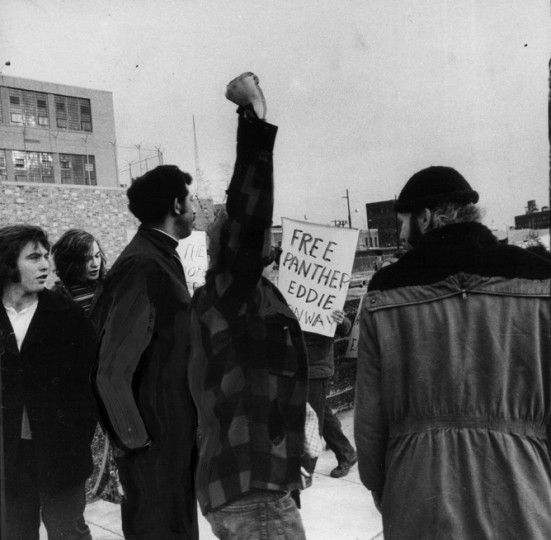 About 25 mostly white young people picketed the city jail in support of 76 inmates who rioted the day before. Chanting slogans and waving placards to the men inside, the group included Mrs. Judy Turco, wife of the man jail officials have accused of planning the riot. Clenched-fist salutes brought verbal responses from jail. (Sun file photo/1971) 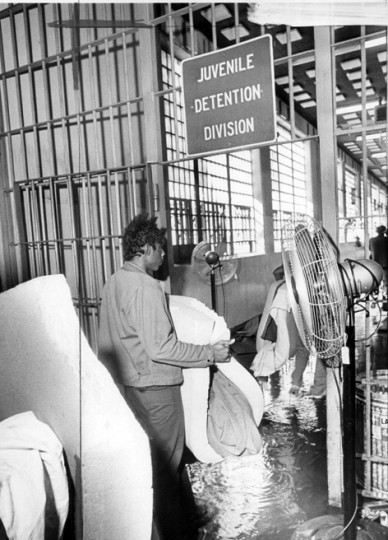 An inmate carries bedding through a puddle of water at the Baltimore city jail early in the morning after 150 rioting prisoners caused $30,000 in damage, including the commissary. (Weyman Swagger/Baltimore Sun file/Feb. 26, 1973) 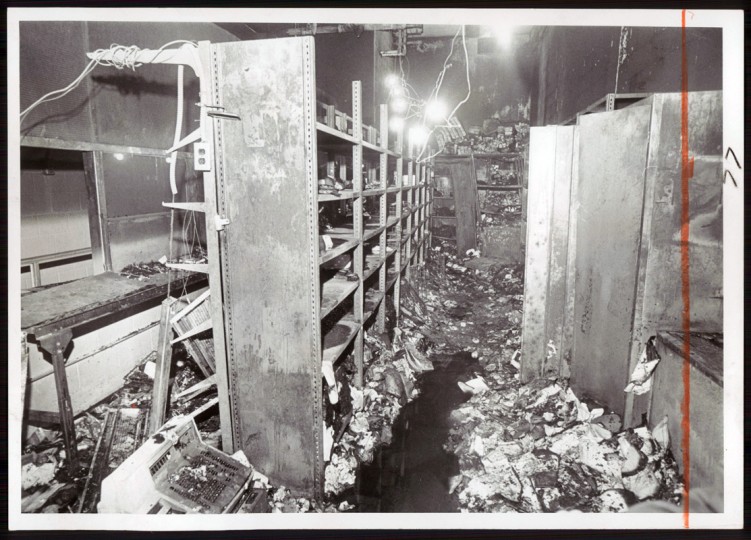 The inmates rampage left the City Jail’s commissary devistated by vandalism and also by a fire. (Weyman Swagger/Baltimore Sun file/Feb. 26/1973) 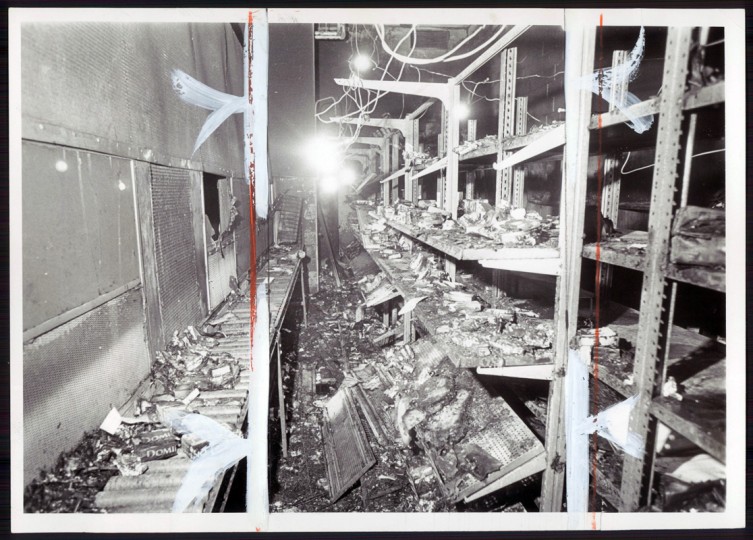 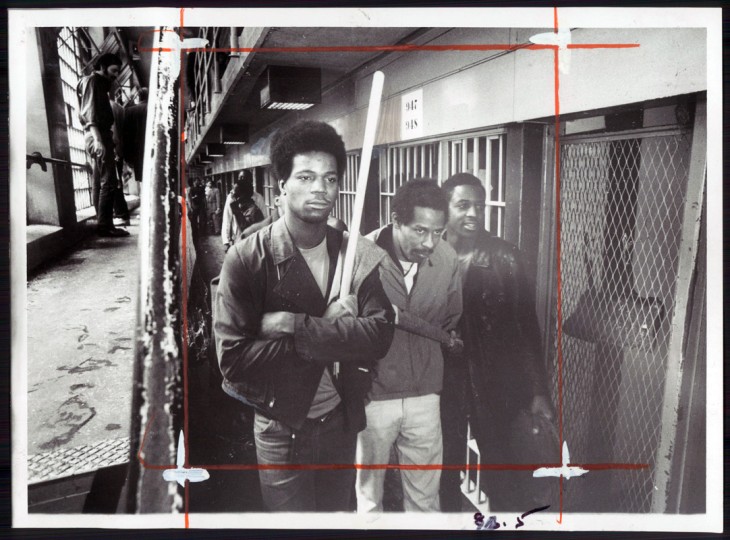 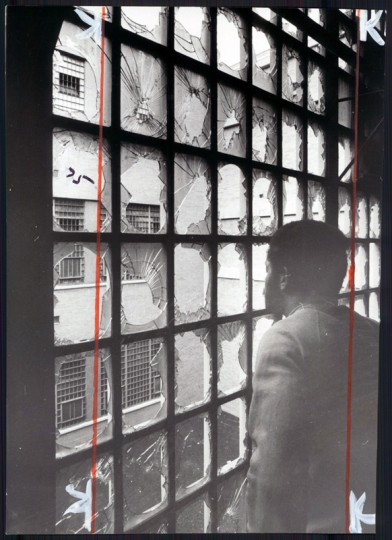 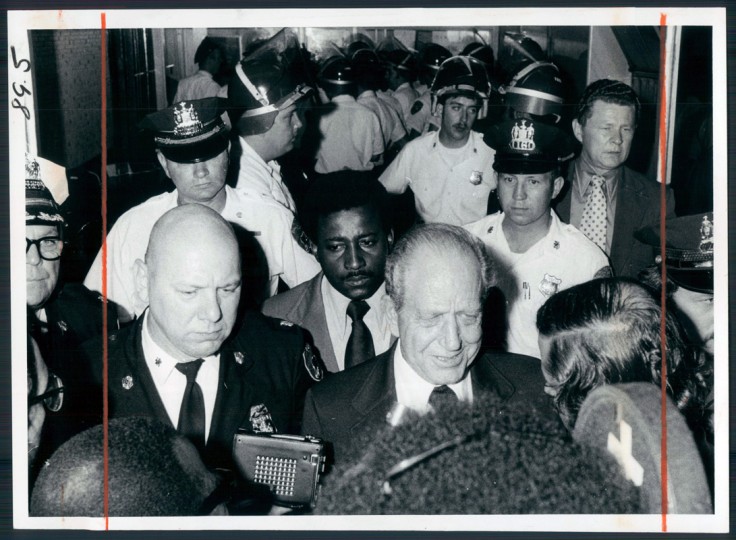 In February 1971, two guards were injured when a scuffle between a jail guard and a prisoner recently convicted in a Black Panther murder case provoked a riot in the jail’s maximum-security section. More than 50 prisoners escaped their cells during the disturbance. Armed with steel pipes and wooden mop handles, they smashed windows, unhinged cell doors and flung mattresses around the cellblock.

In September 1971, about 180 prisoners at City Jail staged a window-smashing, food-throwing rampage before being subdued by tear gas. The hour and 15 minute disturbance ended as inmates with tears streaming down their faces moved out of the dining area under the eyes of 75 riot-equipped policemen.

Holding about 2,500, the Baltimore City Detention Center (BCDC) can now accommodate offenders of all security levels. As Baltimore City’s jail, it houses detainees awaiting trial and also offenders serving short sentences. Over the years, the correctional facility has seen its share of structural additions and problems.