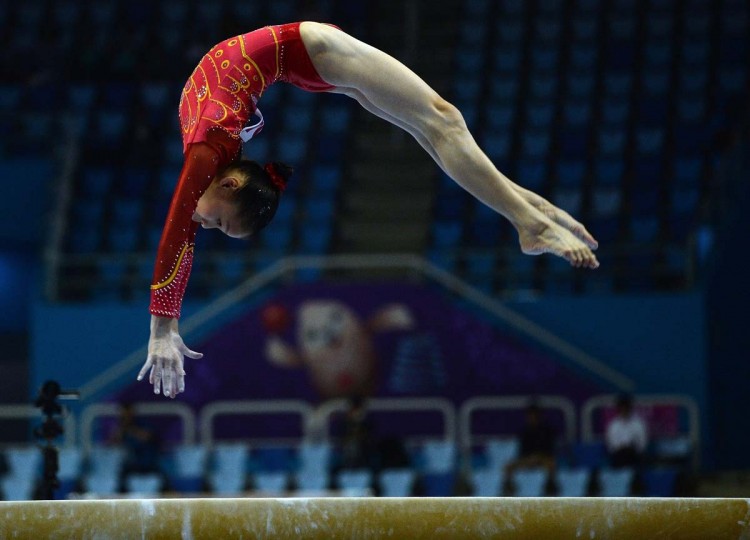 China’s Shang Chunsong performs on the balance beam at the Namdong Gymnasium during the artistic gymnastics women’s qualification and team final of the 2014 Asian Games in Incheon on September 22, 2014. (Indranil Mukherjee/AFP/Getty Images) 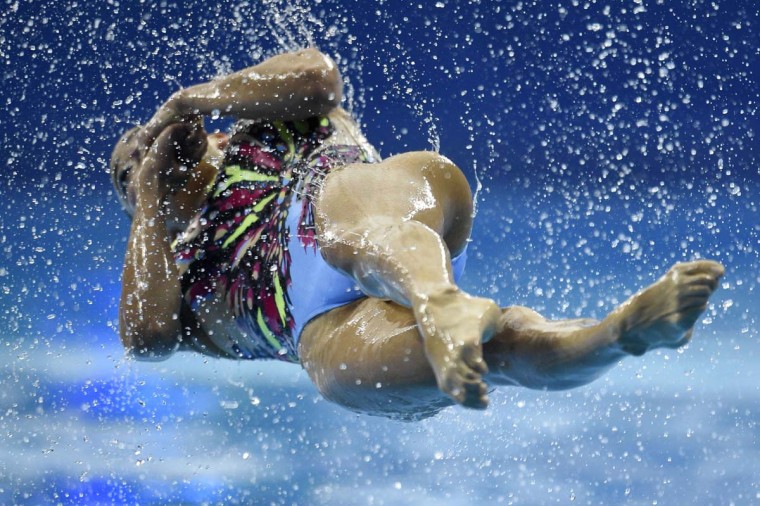 A member of Japan’s team does a somersault as they compete in the team free routine final synchronised swimming event during the 2014 Asian Games at the Munhak Park Tae-hwan Aquatics Center in Incheon on September 22, 2014. (Martin Bureau/AFP/Getty Images) 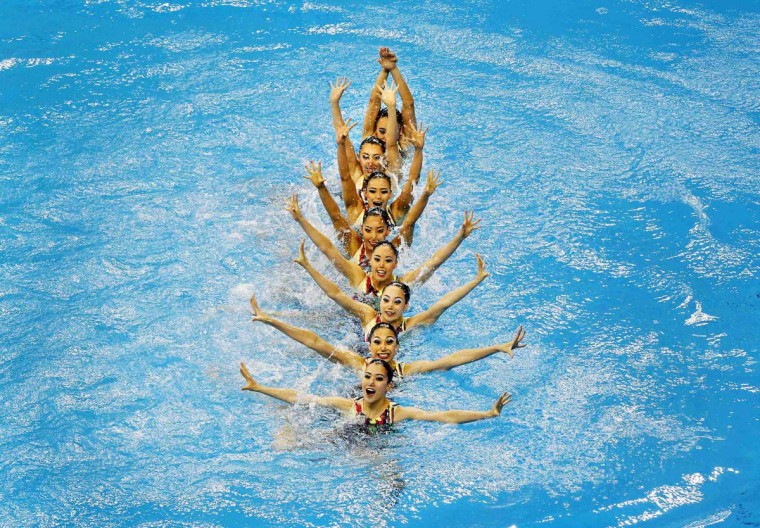 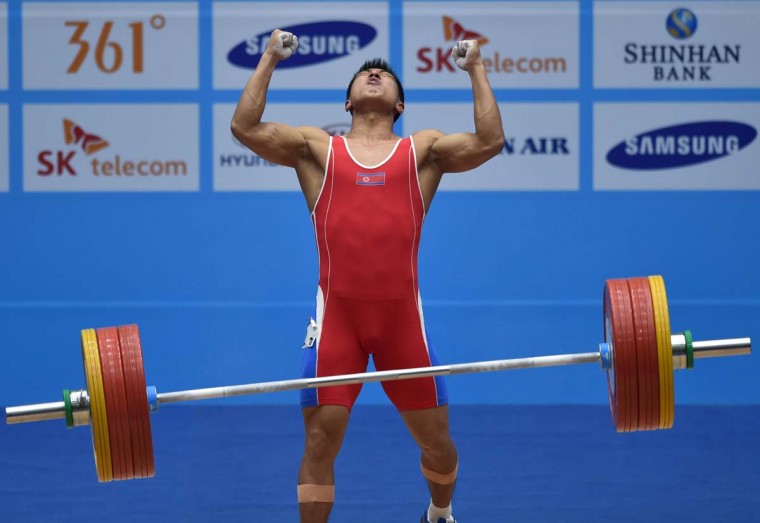 North Korean’s Kim Myong-Hyok after completing a lift in the men’s 69kg group A category at the Moonlight Festival Garden Weightlifting Venue during the 2014 Asian Games in Incheon on September 22, 2014. (Bay Ismoyo/AFP/Getty Images) 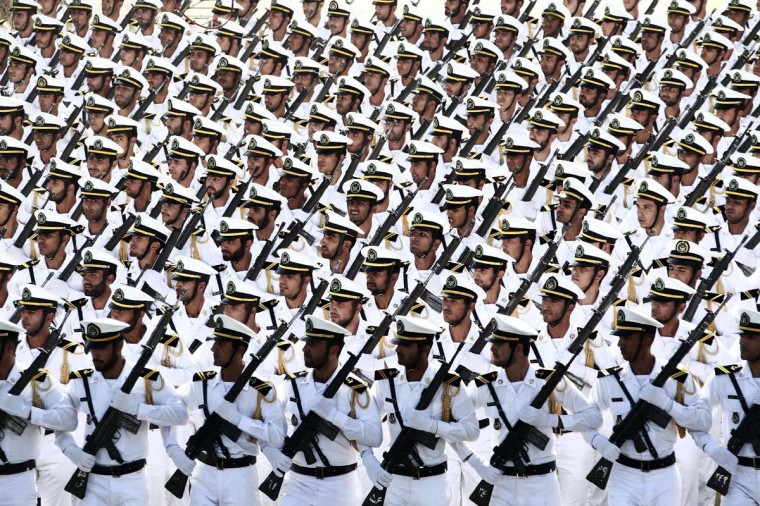 Iranian Naval troops march during the annual military parade marking the anniversary of Iran’s war with Iraq (1980-88) in Tehran, on September 22, 2014. Iran is a cornerstone of stability in the Middle East in the face of the “terrorists” rocking the region, President Hassan Rouhani said before leaving for the United Nations. (Behrouz Mehri/AFP/Getty Images) 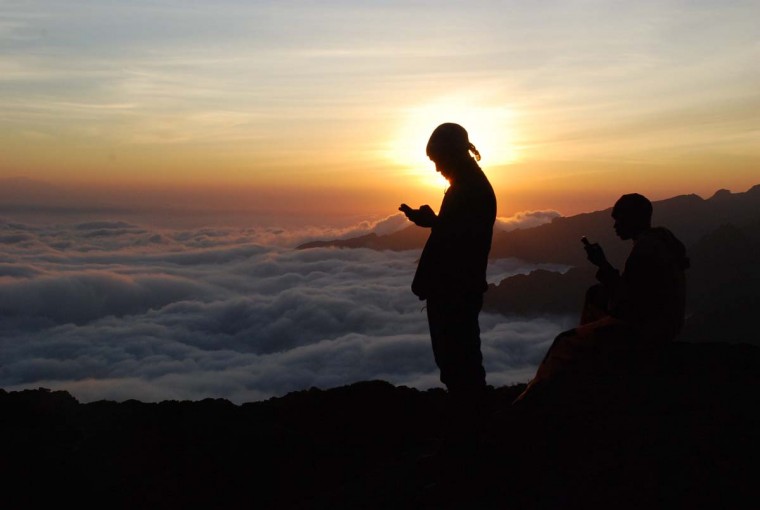 Tanzanian porters and guides stand on a rock half way up Kilimanjaro at sunset on September 21, 2014 trying to get a mobile phone signal to call their wives. Two teams are taking part in a grueling eight-day trek up the vast extinct volcano, to play a full Twenty20 game in the ice-covered crater just below its rugged peak, at 5,785 metres (19,000 feet). (Peter Martell/AFP/Getty Images ) 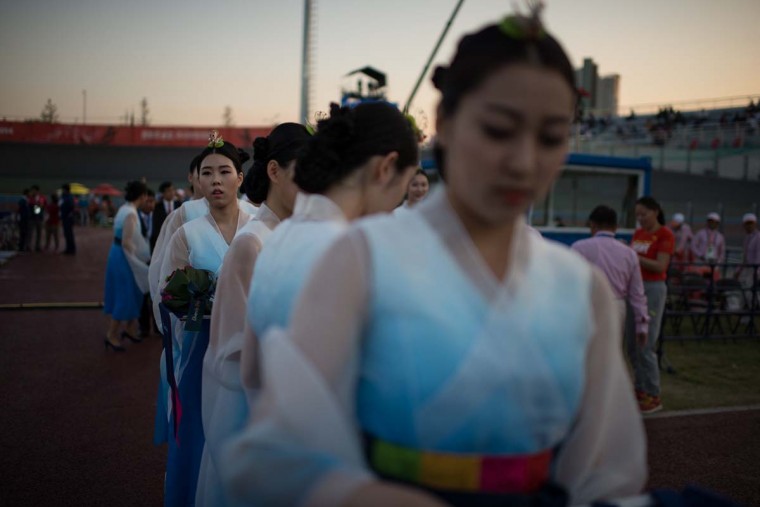 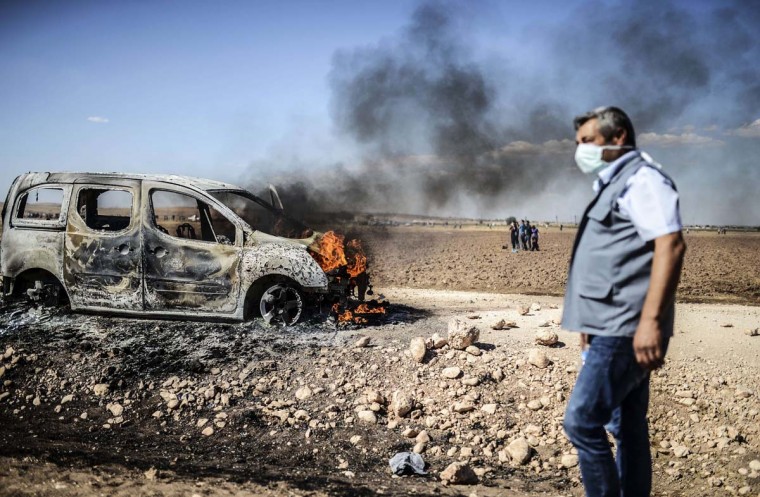 A man walks past a burning car as Kurdish protestors clashed with Turkish soldiers near the Syrian border after Turkish authorities temporarily closed the border at the southeastern town of Suruc in Sanliurfa province, on September 22, 2014. Turkey said on September 22 that some 130,000 people had flooded across its border from Syria as Kurdish fighters battled Islamic State group jihadists trying to capture a strategic town. (Bulent Kilic/AFP/Getty Images) 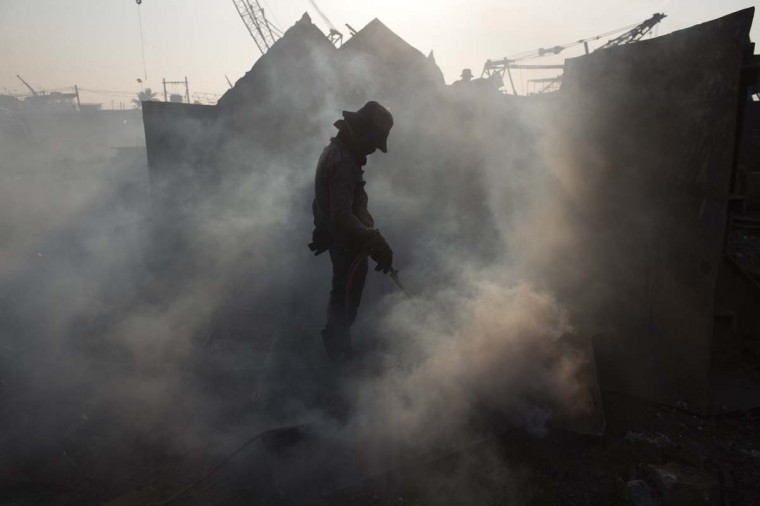 A worker uses a cutting torch to break up part of an old ship for scrap metal near Tanjung Priok port, Indonesia’s largest seaport, in Jakarta September 22, 2014. (Darren Whiteside /Reuters) 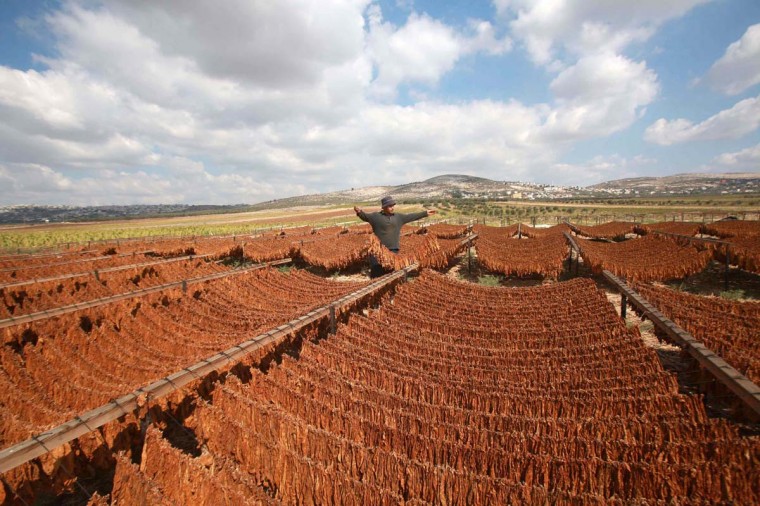 Palestinian farmer Mahmoud Amarneh carries dry tobacco in his field to make local cigarettes in the town of Ya’bad near the West Bank city of Jenin September 22, 2014. (Abed Omar Qusini/Reuters) 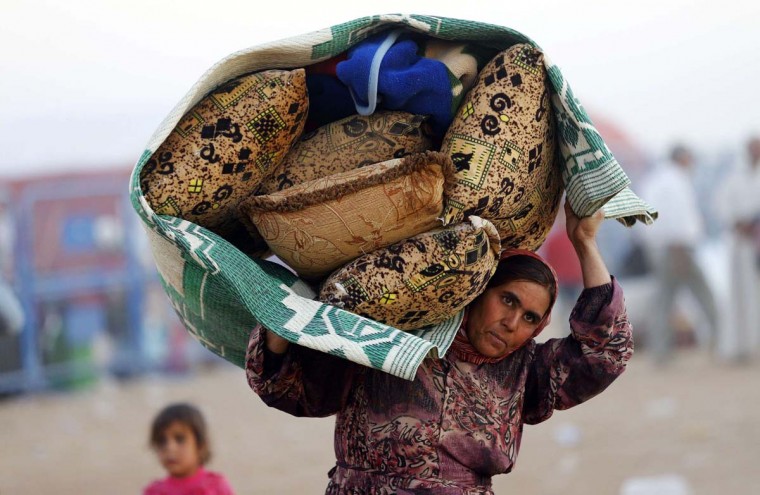 A Syrian Kurdish woman carries her belongings after crossing into Turkey near the southeastern town of Suruc in Sanliurfa province September 22, 2014. Syrian Kurds battled to defend a key border town from an Islamic State advance on Monday as Kurdish youths from neighbouring Turkey rushed to their aid, heightening the pressure on Ankara to act against the Islamist insurgents. In Turkey, which is struggling to manage an influx of more than 130,000 Syrian Kurdish refugees since Friday, security forces fired tear gas and water cannon at hundreds of Kurdish protesters who accuse Ankara of favouring Islamic State against the Kurds. (Murad Sezer/Reuters) 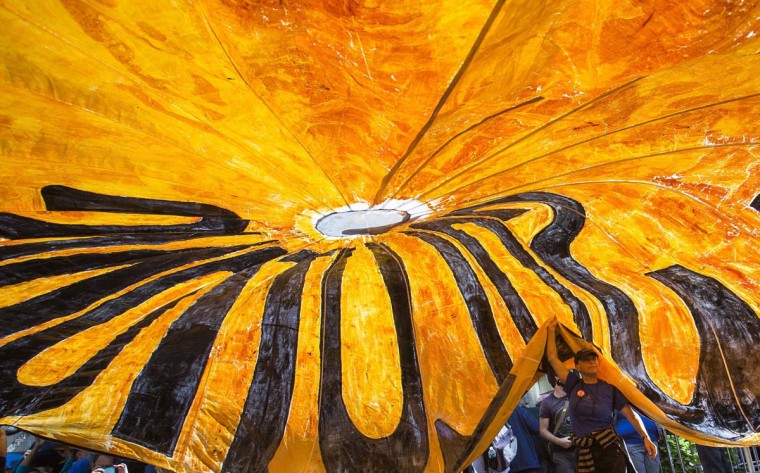 Activist Gloria Fallon, from Chicago, holds a parachute banner which reads ‘Justice’ while taking part in the Flood Wall Street demonstration in Lower Manhattan, New York September 22, 2014. Hundreds of protesters assembled in New York City’s financial district on Monday, with some planning to risk arrest during an unsanctioned blockade on Wall Street to call attention to what organizers say is capitalism’s contribution to climate change. The Flood Wall Street demonstration comes on the heels of Sunday’s international day of action that brought some 310,000 people to the streets of New York City in the largest single protest ever held on over climate change. (Adrees Latif/Reuters)