A levitating rhino, wooden hippo and giant rabbit, lightning in China, a wedding and funeral in Iraq | Sept. 3 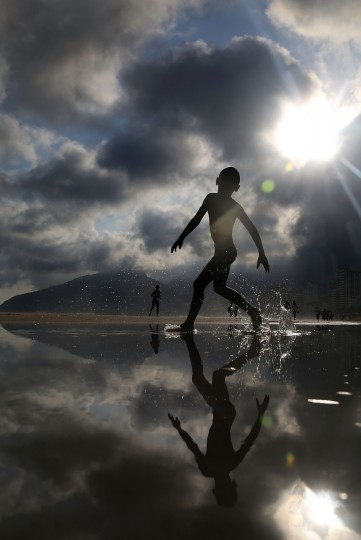 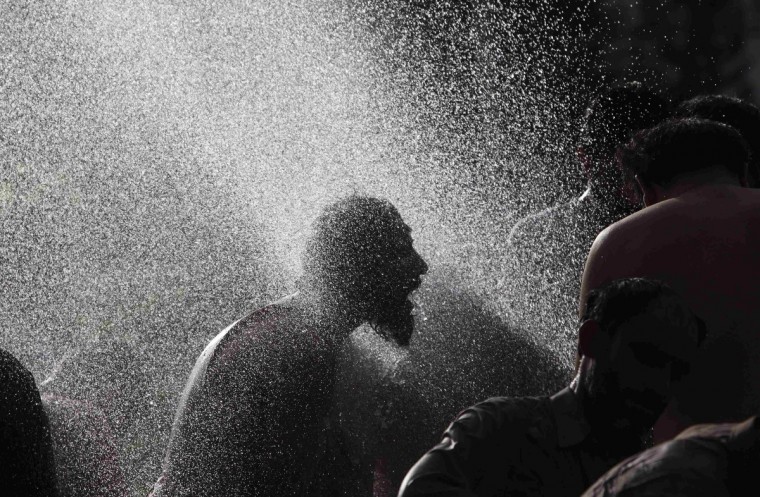 An anti-government protester takes a morning bath with others at a public pump during the Revolution March in Islamabad. Pakistan’s parliament threw its weight behind embattled Prime Minister Nawaz Sharif on Tuesday as a deepening crisis over violent protests demanding his resignation prompted fears of an army intervention. (Akhtar Soomro/Reuters) 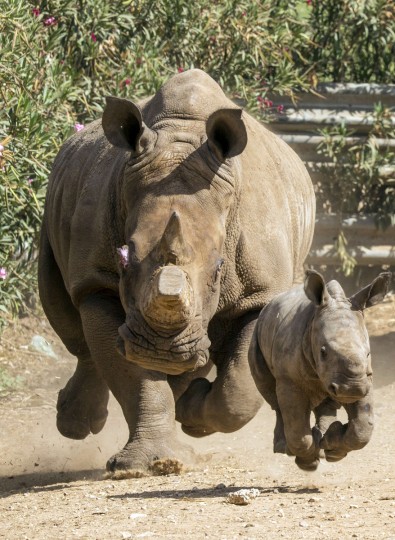 Three-week-old female White Rhinoceros runs with her mother Tanda, 21, at the Ramat Gan Safari, an open-air zoo near Tel Aviv,. The Safari Park reported that they have had two male White Rhinos born at the facility but she is the first female born there in 20 years. The new female rhino will eventually be transferred to other zoos to take part in the White Rhino reproduction project aimed at increasing the population of this species in a zoo. (Jack Guez/Getty Images) 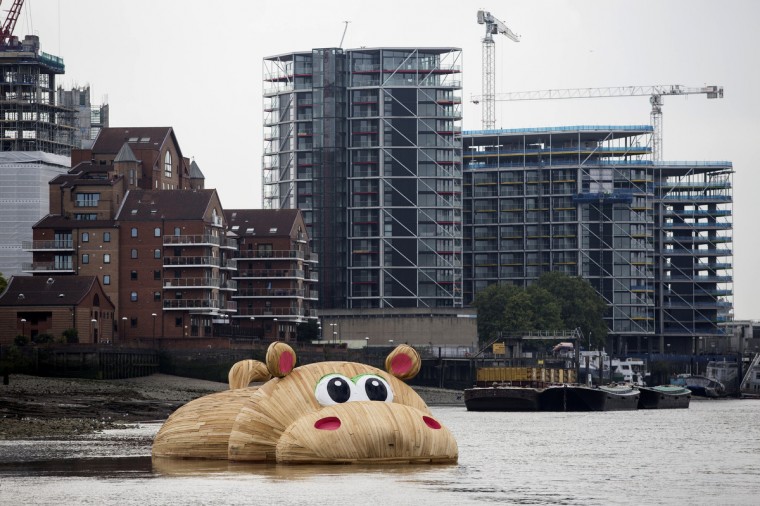 A giant wooden hippopotamus created by Dutch artist Florentijn Hofman floats in the Thames in London. The sculpture named HippopoThames is 21-metre-long (69 feet) and is on display until September 28 as part of the Totally Thames festival. (Jack Taylor/Getty Images) 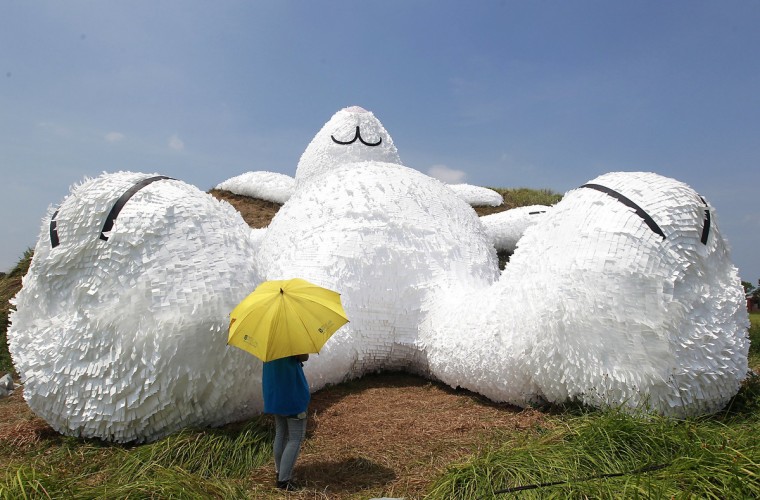 A person stands in front of a 25.3-meter-long giant rabbit designed by Dutch artist Florentijn Hofman at an old aircraft hangar as part of the Taoyuan Land Art Festival in Taoyuan, northern Taiwan. The rabbit is named “Moon rabbit” for the coming Mid-Autumn Festival or the Moon Festival and will be displayed from September 4 to 14 at the Taoyuan military base. (Pichi Chuang/Reuters) 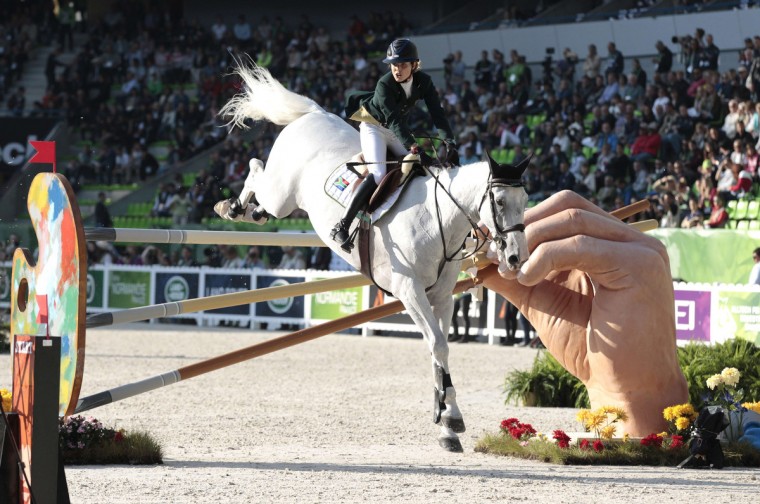 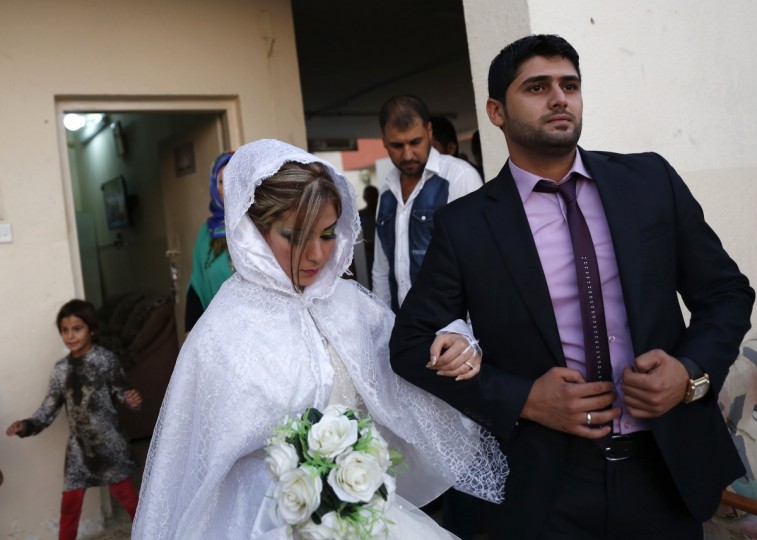 Displaced Iraqi Shi’ite Muslim Mohammed Harith Youssif (R), 25, walks with his 20-year-old bride Reem Ahmed (R), a Sunni Muslim who fled from the violence in Mosul, during their wedding at a school in Baghdad. The Sh’ite Muslim man married his Sunni Muslim bride in Baghdad on Monday, after the couple had fled violence by Islamic State militants in their home town of Mosul. (Thaier Al-Sudani/Reuters) 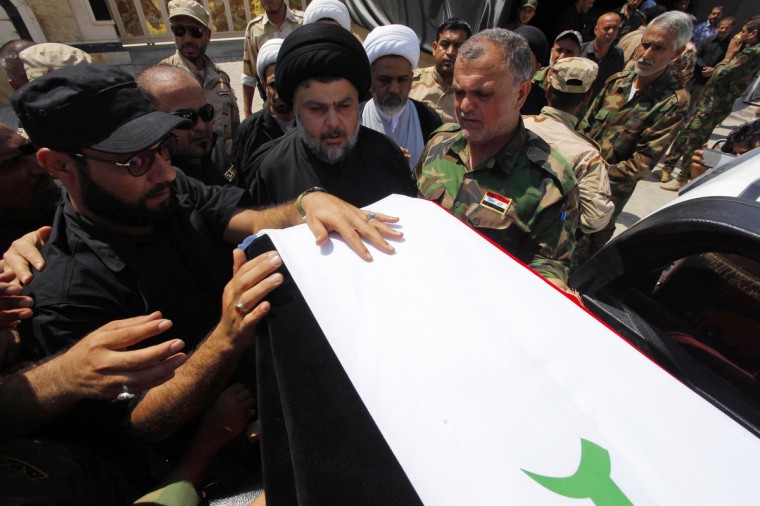 Radical Shi’ite cleric Muqtada al-Sadr (C) attends the funeral of fighters loyal to his Brigades of Peace, who were killed when an improvised explosive device (IED) exploded near the town of Amerli, during their funeral in Najaf, south of Baghdad. (Alaa Al-Marjani/Reuters) 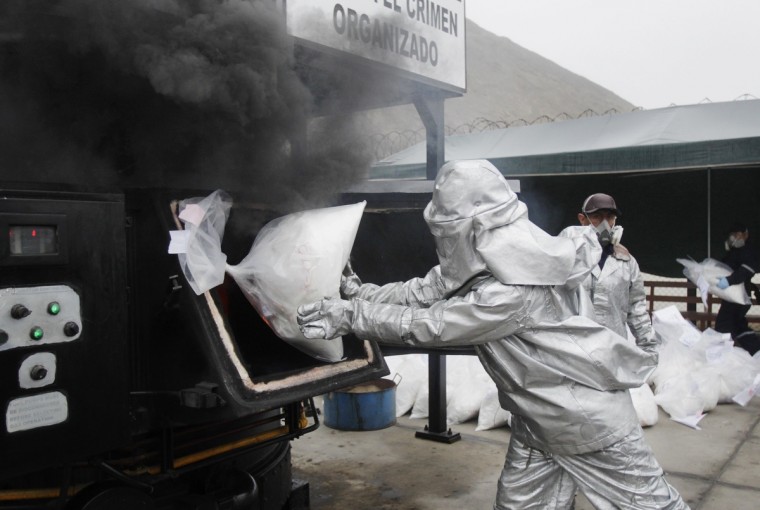 Anti-narcotics officers burn bags of the cocaine seized last week near Trujillo at a special operation police headquarters, in Lima. Peruvian police seized a record 7.6 tons of cocaine in a quiet coastal town on August 26th, arresting seven Peruvians and two Mexicans suspected of trying to smuggle the load to Europe as coal, according to Peru’s Interior Ministry. (Enrique Castro-Mendivil/Reuters) 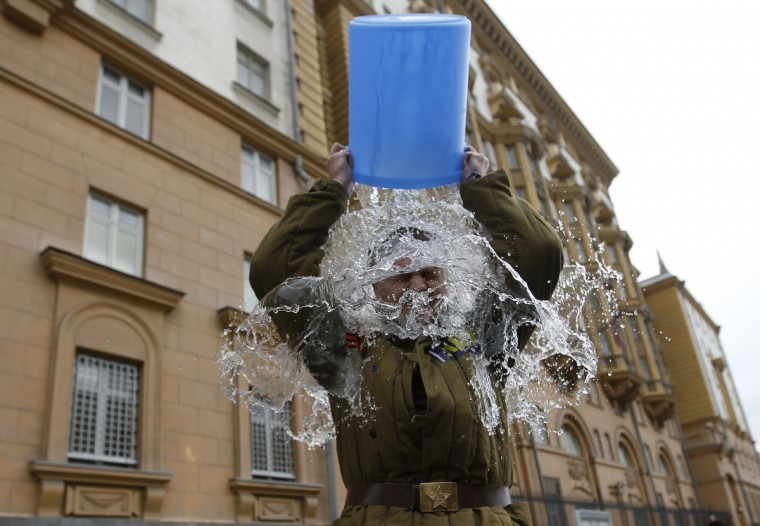 Alexei Didenko, a deputy for the Russian State Duma, dumps a bucket of cold water on himself in front of the American embassy in Moscow. Didenko said he was performing the ice bucket challenge not only to raise awareness for ALS (Amyotrophic Lateral Sclerosis) research, but also to protest against new U.S. Ambassador to Russia John Tefft, and what Didenko calls “anti-Russian American propaganda”. (Maxim Zmeyev/Reuters) 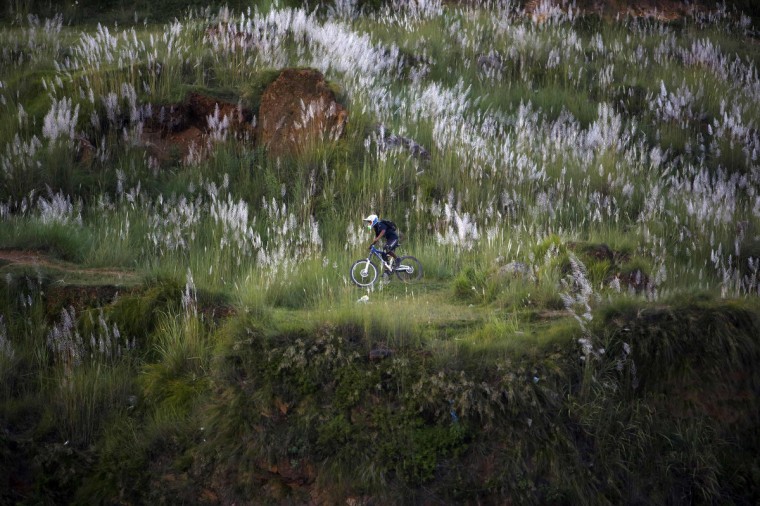 A youth rides a bicycle on the hills in Kathmandu. (Navesh Chitrakar/Reuters) 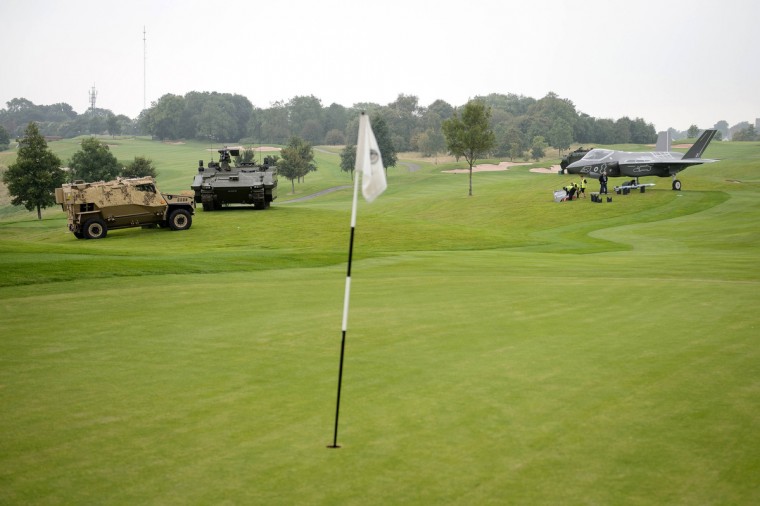 Full-size models of military vehicles and aircraft are displayed on the golf course of the the Celtic Manor Hotel, ahead of the NATO summit, in Newport, Wales. (Leon Neal/Reuters) 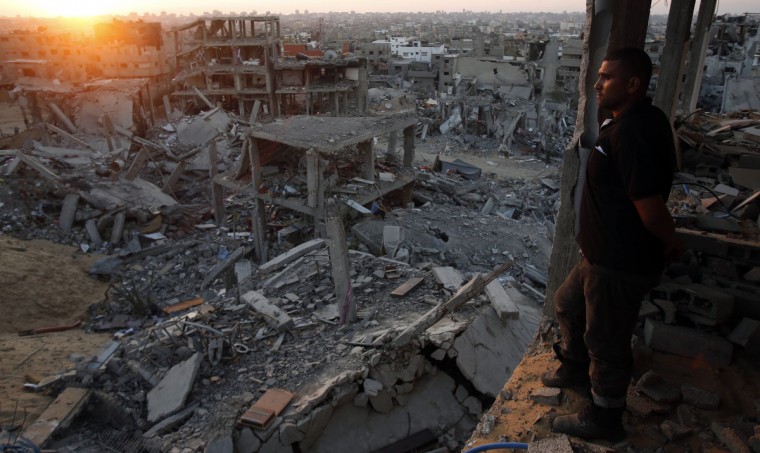 A Palestinian man looks out of his heavily damaged house at neighboring houses which witnesses said were destroyed during the Israeli offensive, in the east of Gaza City. An open-ended ceasefire between Israel and Hamas-led Gaza militants, mediated by Egypt, took effect on August 26 after a seven-week conflict. It called for an indefinite halt to hostilities, the immediate opening of Gaza’s blockaded crossings with Israel and Egypt, and a widening of the territory’s fishing zone in the Mediterranean. (Suhaib Salem/Reuters) 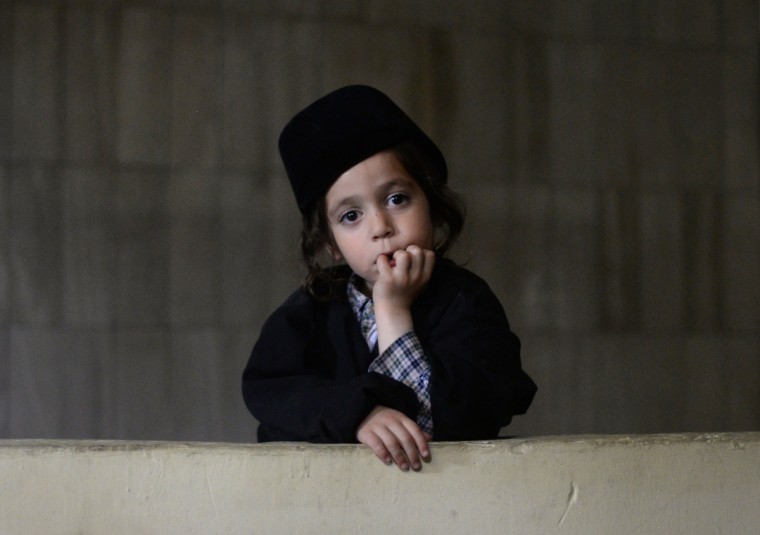 A child, member of an ultra-Orthodox Jewish group, looks on at the building where the group will remain in Guatemala City. 230 ultra-Orthodox Jews were expelled from the town of San Juan La Laguna by Mayan indigenous leaders. (Johan Ordonez/Getty Images) 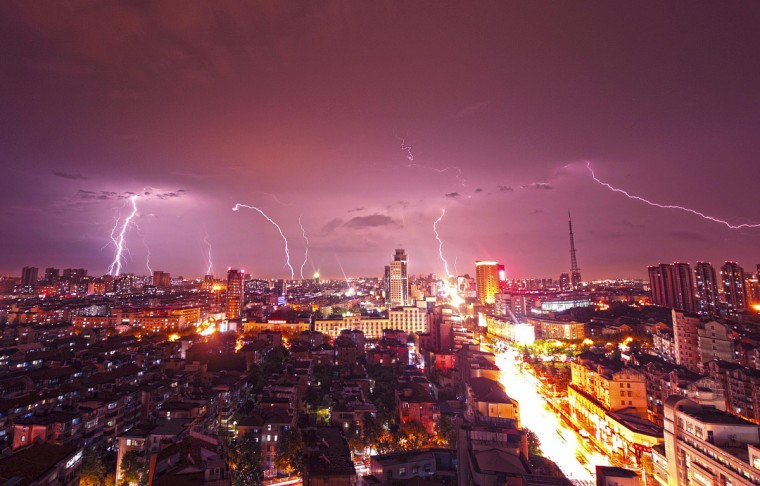 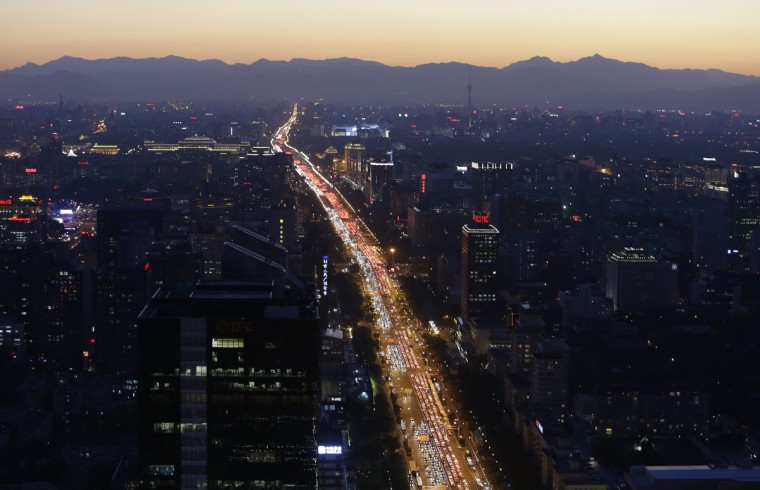 Vehicles are seen on a main avenue during the evening rush hour at sunset in Beijing. (Jason Lee/Reuters) 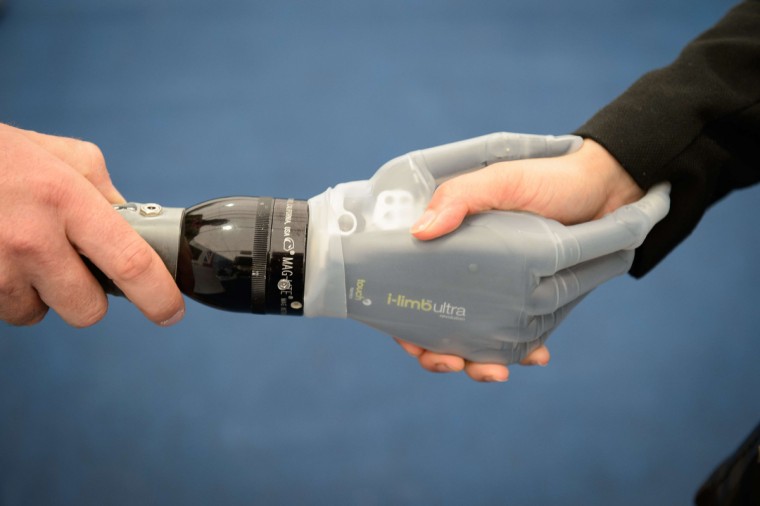 A Virtu-Limb artificial hand is displayed on one of the exhibition stands at Celtic Manor Resort, ahead of the NATO Summit 2014. Running over the 4th and 5th of September, the NATO members will gather to discuss issues such as the crisis in Ukraine and the threat of the Islamic State (IS). (Leon Neal/Getty Images) 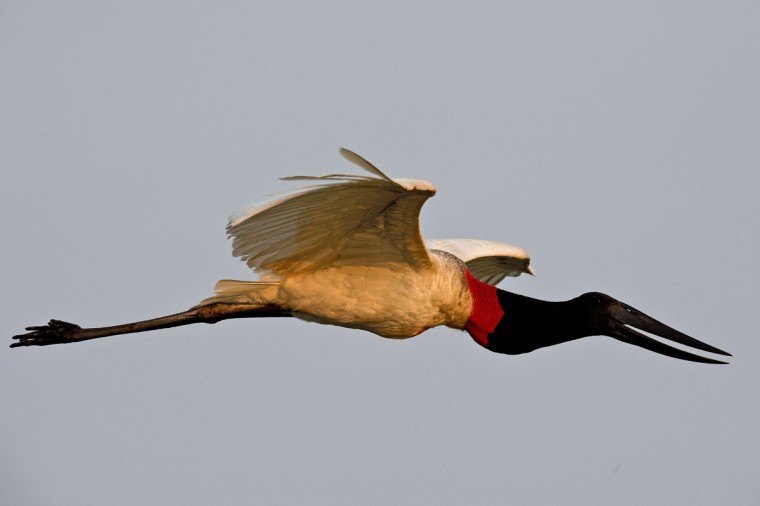 A Jabiru (Jaribu mycteria) flies over the Paraguay river, in Caceres, Brazil, the gateway to the Pantanal. Often referred to as the worlds largest freshwater wetland system, the Pantanal, is a stunning biodiversity sanctuary which extends through millions of hectares in central-western Brazil, eastern Bolivia and eastern Paraguay. It includes sanctuaries for migratory birds, nursery grounds for aquatic life, and refuges for such creatures as the yacare caiman, deer, and jaguar. Some 4,500 different species live in the Pantanal. (Nelson Almeida/Getty Images) 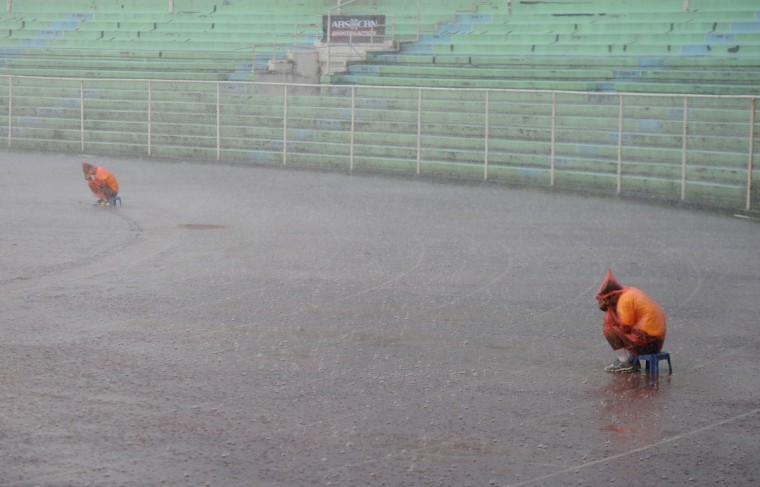 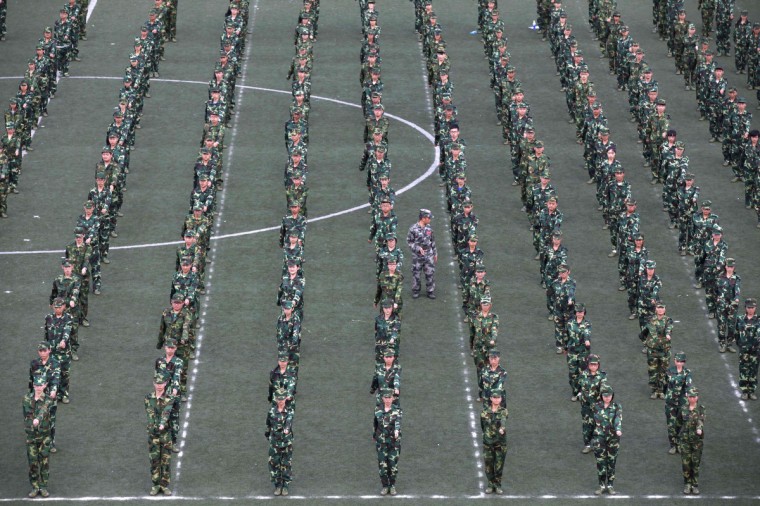 A military instructor (in grey) walks among university freshmen during a military education and training session on a university campus in Harbin, northeast China’s Heilongjiang province. Three top Chinese universities, including Peking University, Shanghai’s Fudan University and Sun Yat-sen University in Guangzhou, have vowed to tighten “ideological” control over students and teachers, as a wider clampdown on free expression in the country intensifies. (Getty Images) 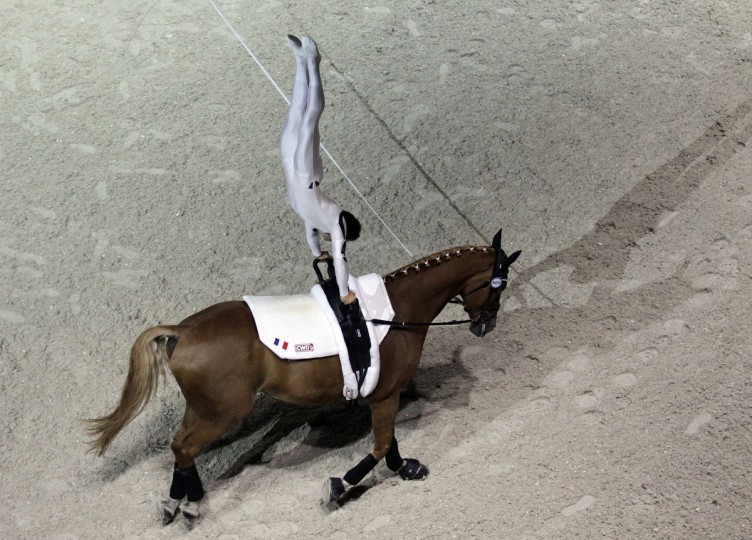 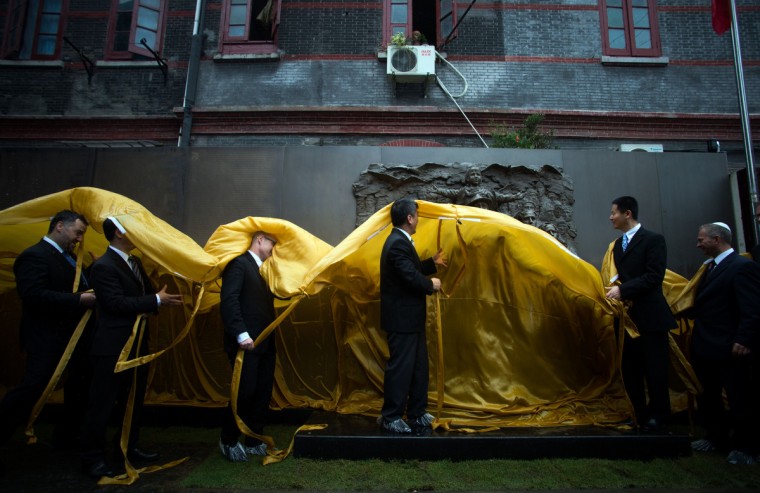 Yan Shuang (C), Deputy Director General of the Publicity Department of Shanghai unveils a wall displaying the names of Jewish Refugees in Shanghai during the 1930s and 1940s, in Shanghai. A list naming 13,732 Jewish refugees who took safe haven in China during World War II carved into a 34-meter-long copper wall was unveiled at the Shanghai Jewish Refugees Museum. (Johannes Eisele/Getty Images) 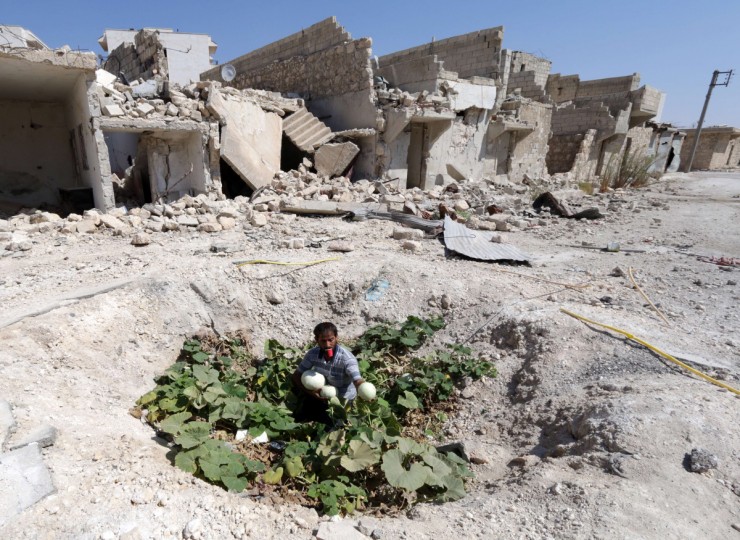 A Syrian man collects vegetables from a vegetable patch locals grew at the site where a barrel bomb hit a sewage pipe in the Baedeen neighborhood of the northern Syrian city of Aleppo. Aleppo province has been subject to a particularly fierce regime aerial campaign, including the use of explosive-packed barrel bombs tossed from regime helicopters that rights groups say kill indiscriminately. (Zein Al-Rifai/Getty Images) 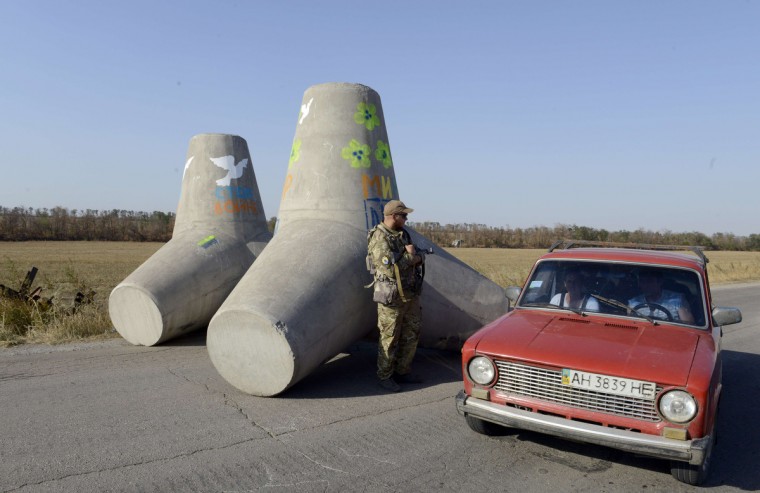 A Ukrainian fighter from the Azov Battalion stands guard near concrete barriers across the road on a checkpoint on the outskirts of Mariupol. Mariupol, a large city of about 500,000 people, is located about 50 kilometres (30 miles) from the Russian border and about 35 kilometres from Novoazovsk, which has been taken over by pro-Russian rebels. (Alexander Khudoteply/Getty Images)