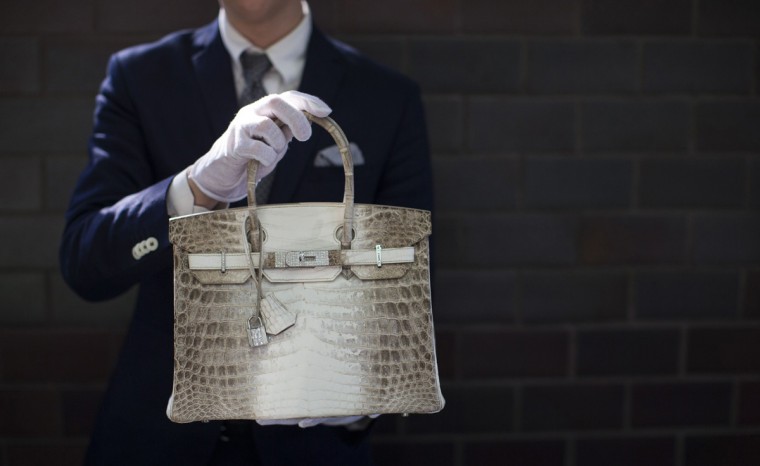 An employee holds an Hermes diamond and Himalayan Nilo Crocodile Birkin handbag at Heritage Auctions offices in Beverly Hills, California September 22, 2014. The handbag has 242 diamonds with a total of 9.84 carats. (Mario Anzuoni/Reuters) 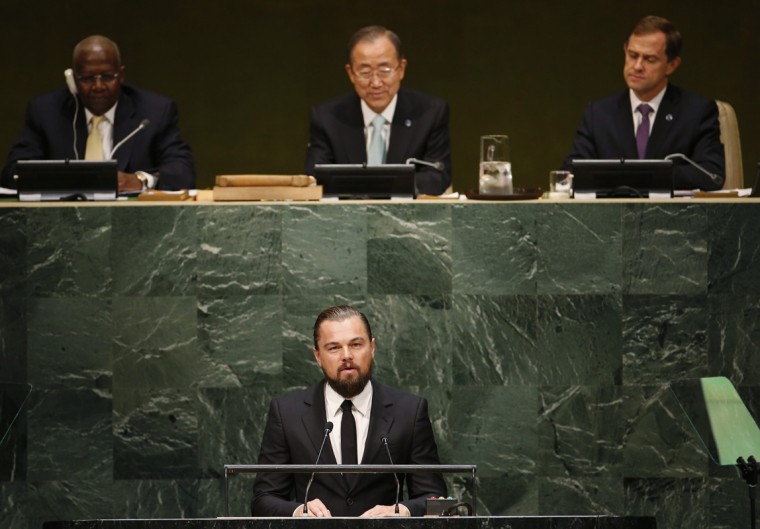 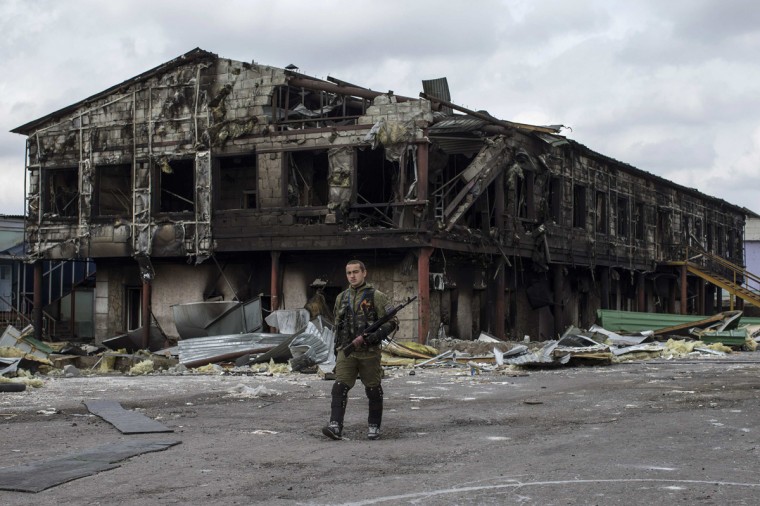 A pro-Russian rebel walks in front of a factory destroyed during recent shelling, in the town of Nizhnaya Krinka, eastern Ukraine, September 23, 2014. (Marko Djurica/Reuters) 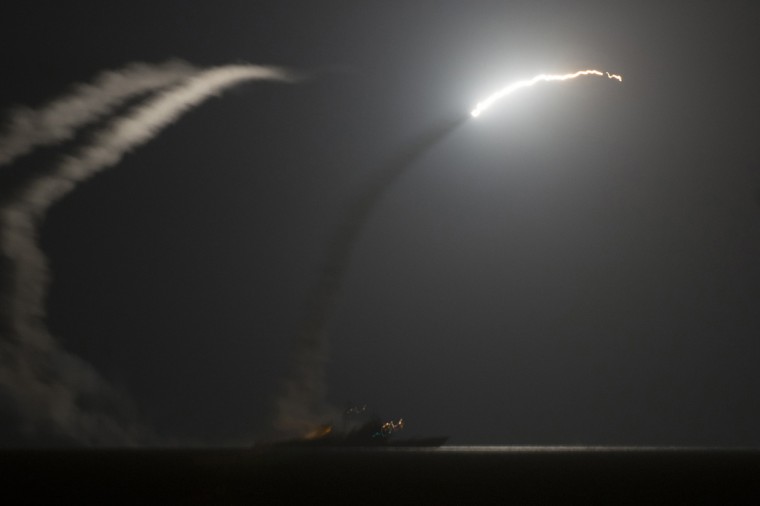 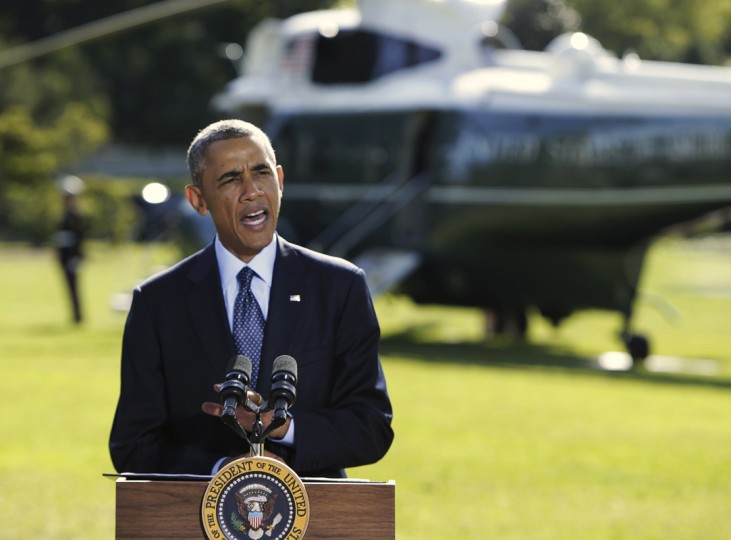 U.S. President Barack Obama delivers a statement at the White House in Washington on the air strikes in Syria, prior to departing for the United Nations in New York, September 23, 2014. Obama on Tuesday vowed to continue the fight against Islamic State fighters following the first U.S.-led airstrikes targeting the militant group in Syria, and pledged to build even more international support for the effort. (Gary Cameron/Reuters) 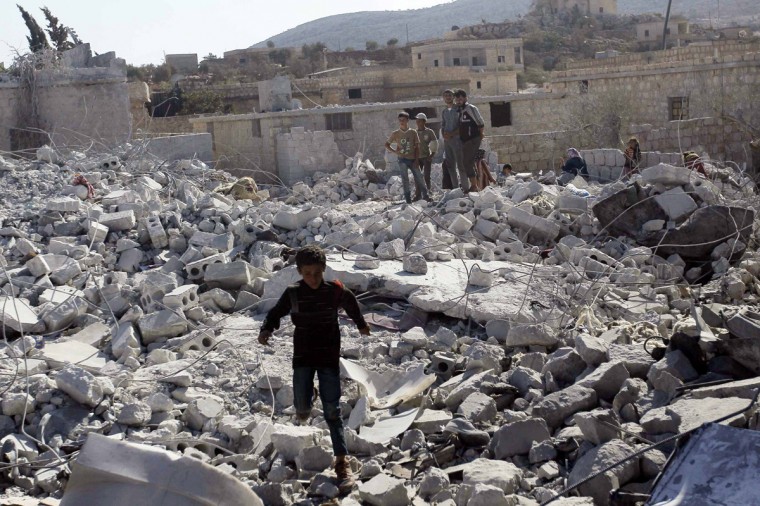 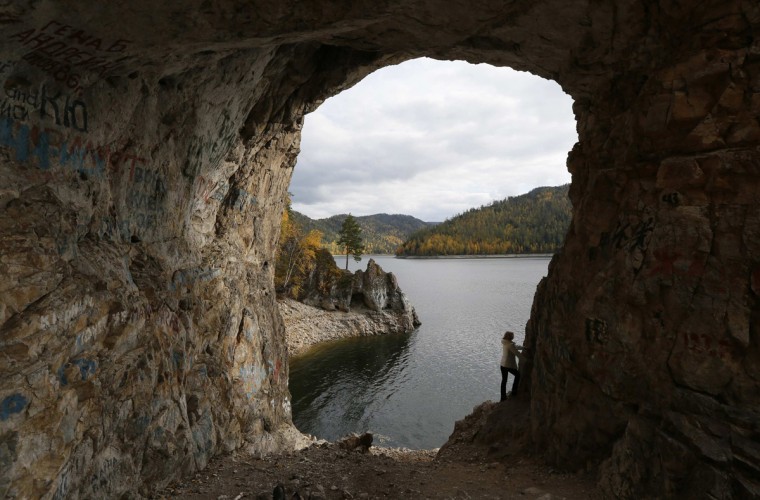 A tourist is seen through a hole in the Tsarskie Vorota (The Tsar Gate) rock on a bank of the Biryusa Gulf of the Yenisei River in the Taiga district outside Krasnoyarsk, Siberia, September 22, 2014. Picture taken September 22, 2014. (Ilya Naymushin/Reuters) 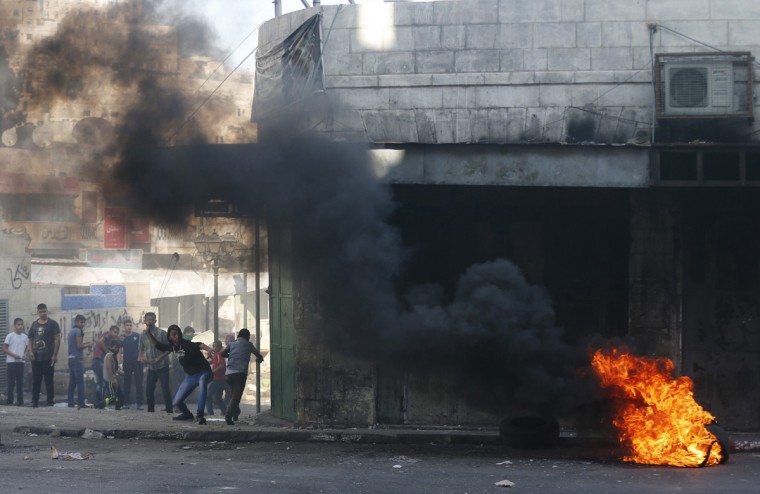 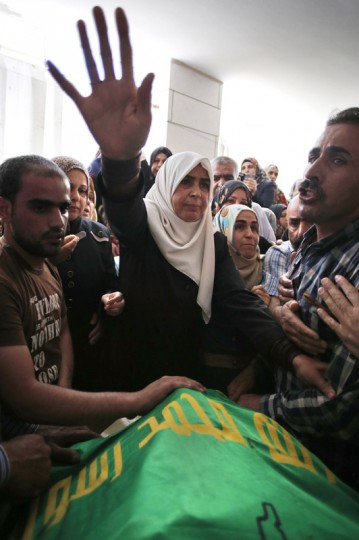 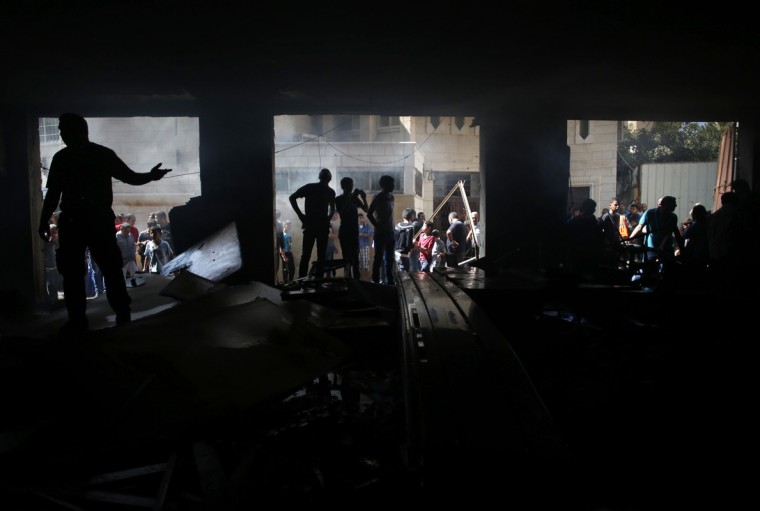 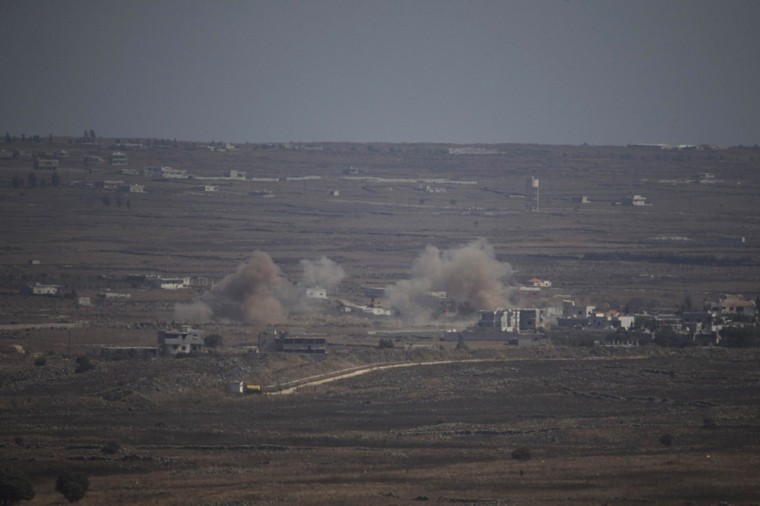 Smoke rises following explosions in Syria near the border with the Israeli occupied Golan Heights September 23, 2014. Israel shot down a Syrian warplane on Tuesday, saying the aircraft crossed the battle lines of Syria’s civil war and flew over the Israeli-held Golan Heights, perhaps by accident. (Baz Ratner/Reuters) 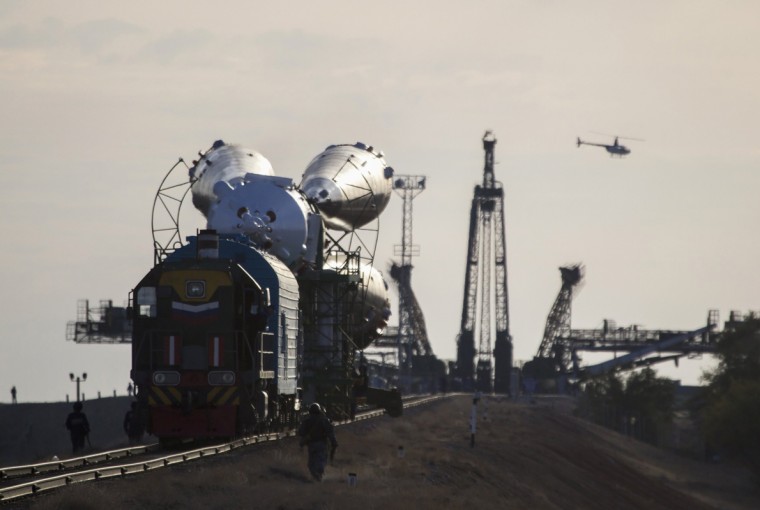 A helicopter flies past as the Soyuz TMA-14M spacecraft is transported to its launch pad at Baikonur cosmodrome September 23, 2014. The Soyuz is scheduled to carry Barry Wilmore of the U.S., Elena Serova and Alexander Samokutyaev of Russia to the International Space Station on September 26. (Shamil Zhumatov/Reuters) 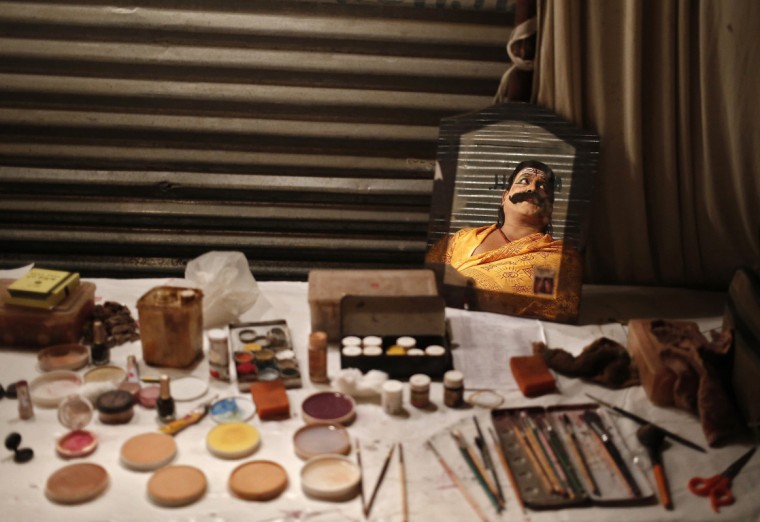 An artist dressed as demon king Ravana is reflected in a mirror as a makeup kit lies backstage before his performance during Ramlila, a re-enactment of the life of Lord Rama, ahead of Dussehra in New Delhi September 23, 2014. Effigies of the 10-headed demon king “Ravana” are burnt on Dussehra, the Hindu festival that commemorates the triumph of Lord Rama over the Ravana, marking the victory of good over evil. (Anindito Mukherjee/Reuters) 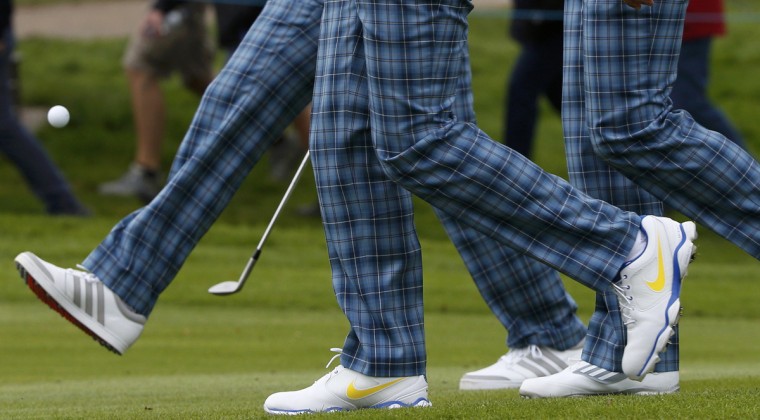 European Ryder Cup player Martin Kaymer (L) kicks his ball as he walks with teammates Rory McIlroy (C) and Sergio Garcia along the seventh fairway during practice ahead of the 2014 Ryder Cup at Gleneagles in Scotland September 23, 2014. (Russell Cheyne/Reuters) 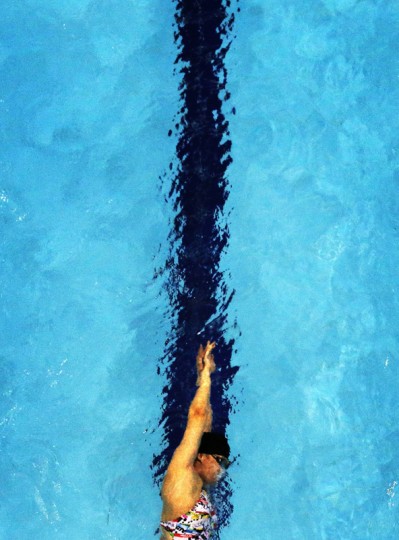 A swimmer trains during a practice session at the Munhak Park Tae-hwan Aquatics Center during the 17th Asian Games in Incheon September 23, 2014. (Tim Wimborne/Reuters) 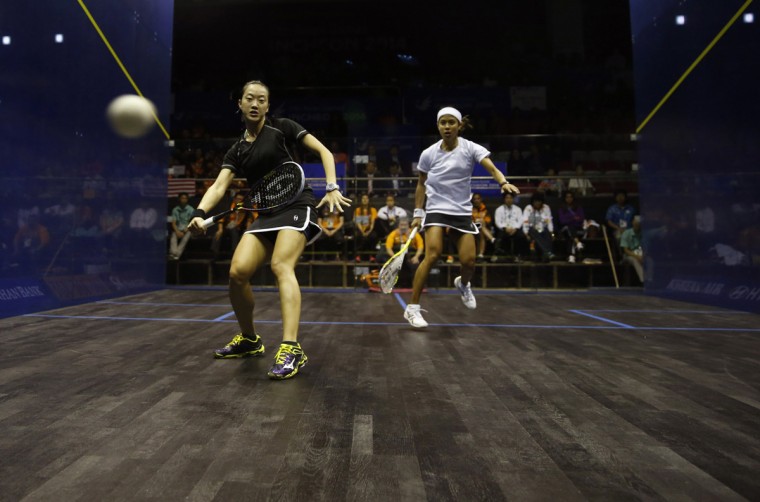 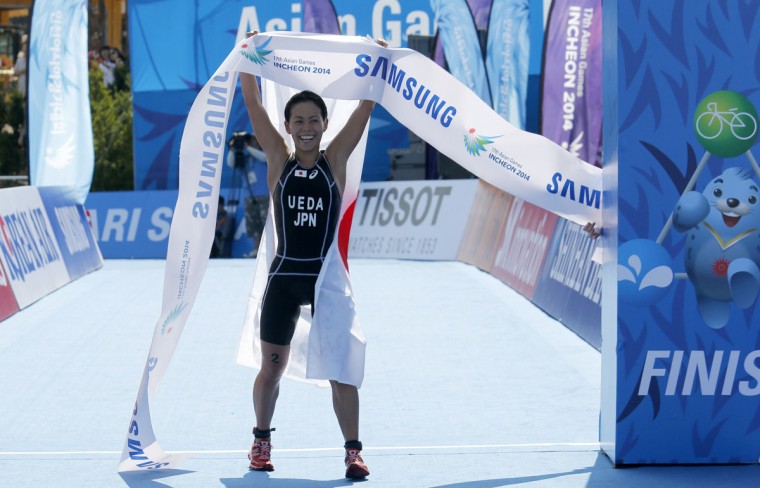 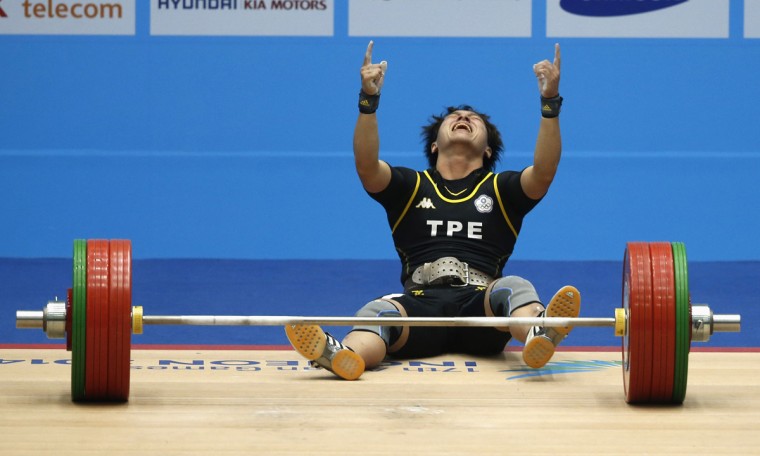 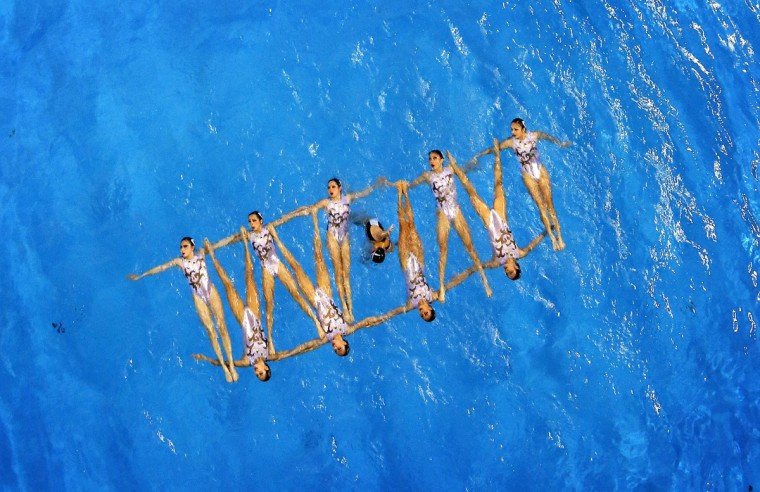 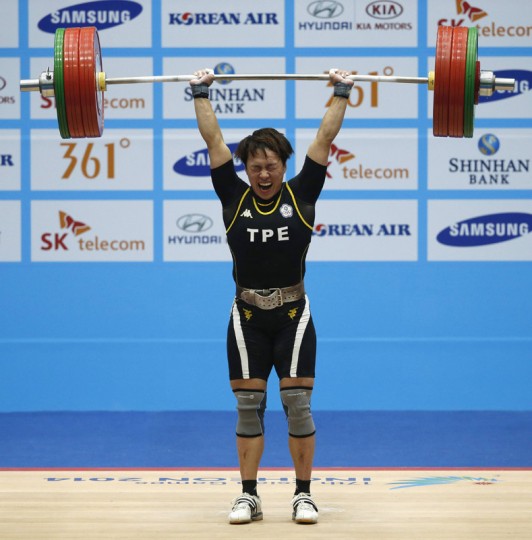 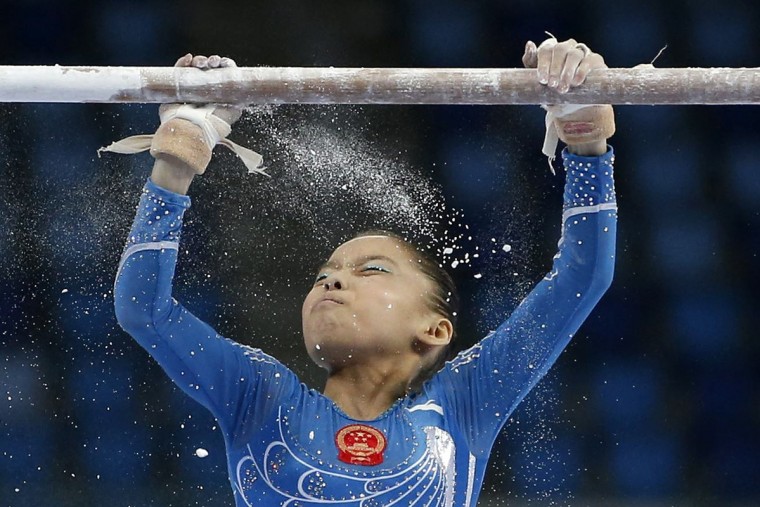 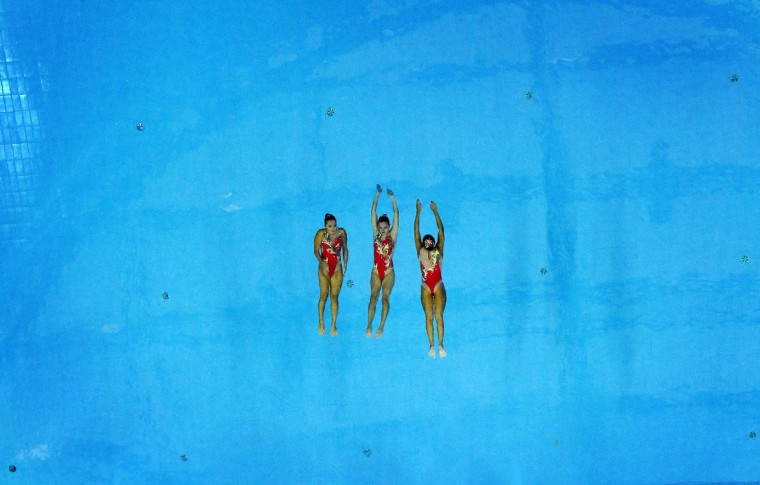 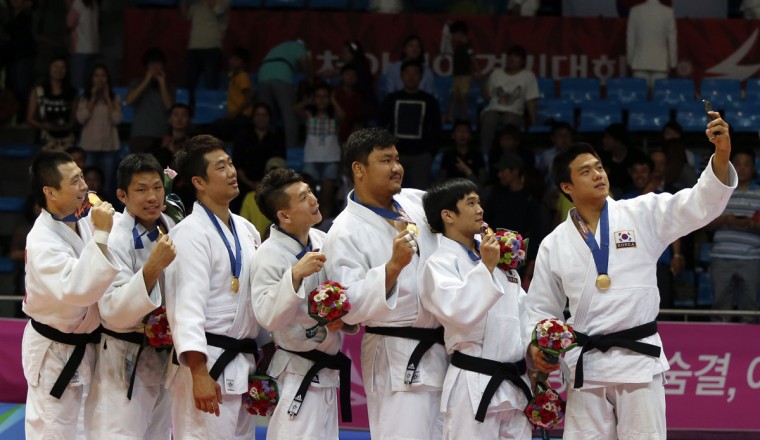 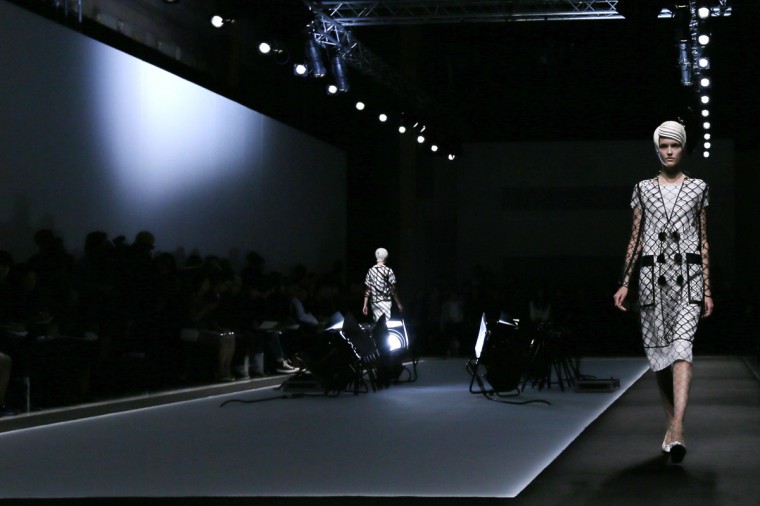 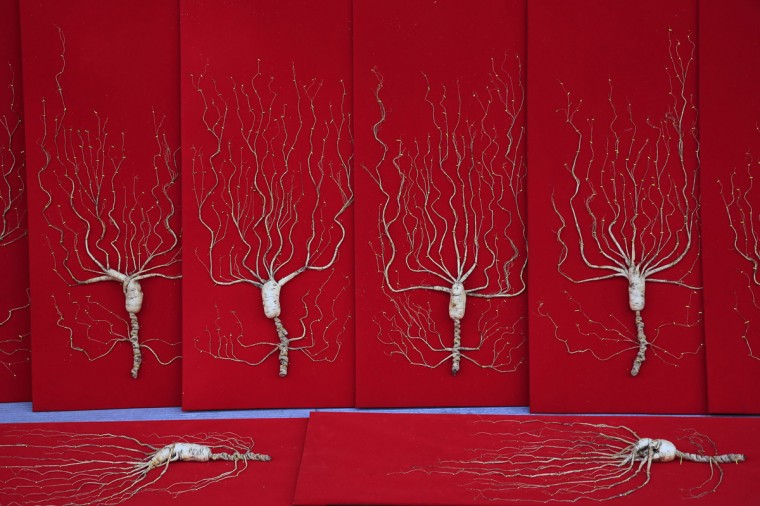 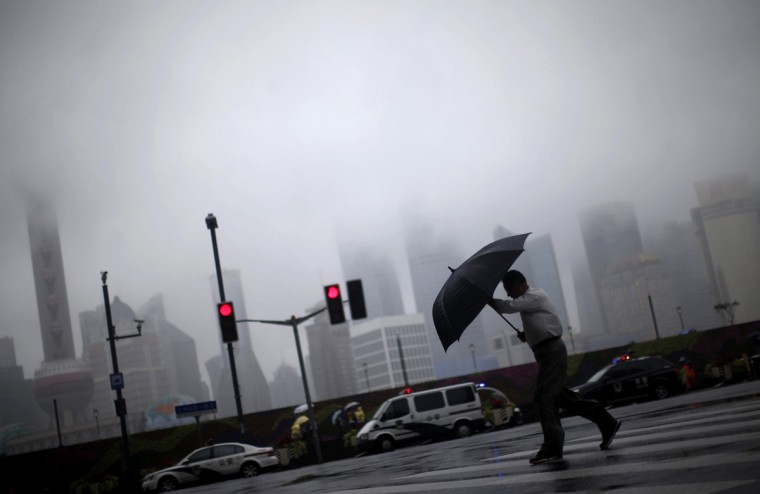 A man tries to hold onto his umbrella as Typhoon Fung-Wong passes near the coastal area of Shanghai September 23, 2014. (Carlos Barria/Reuters) 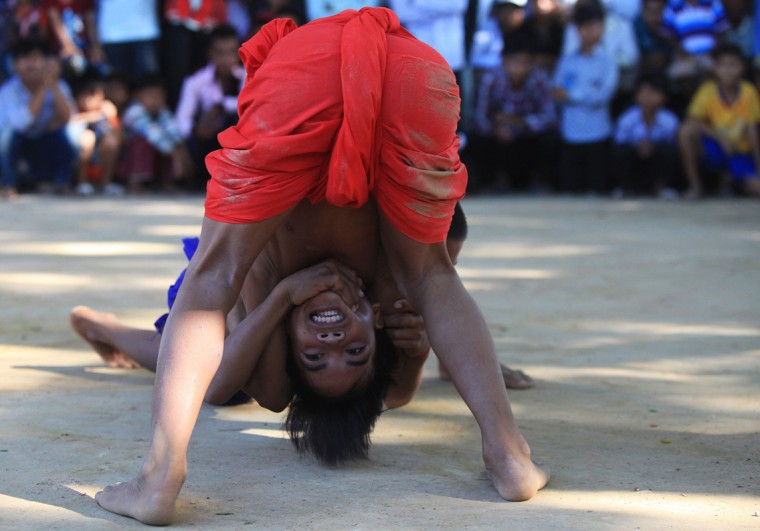 Boys wrestle during an annual buffalo-racing ceremony at Virhear Sour village in Kandal province September 23, 2014. The ceremony, which started more than 70 years ago, is held to honour the Neakta Preah Srok pagoda spirit. It also marks the end of the Festival of Pchum Ben. (Samrang Pring/Reuters)