Window cleaning, to the extreme

From Big Ben to the Oriental Pearl, you need a good head for heights to become a window cleaner on some of these buildings. Photos and text by Reuters. 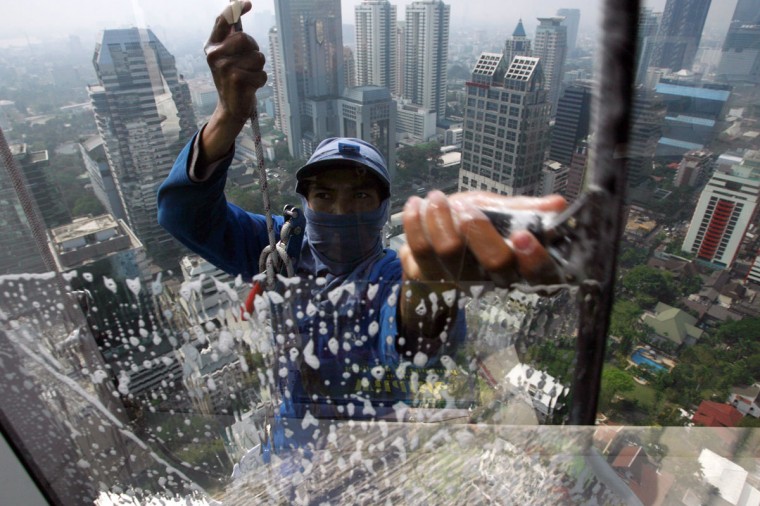 A worker cleans the window of a building in Bangkok on January 22, 2009. (REUTERS/Sukree Sukplang) 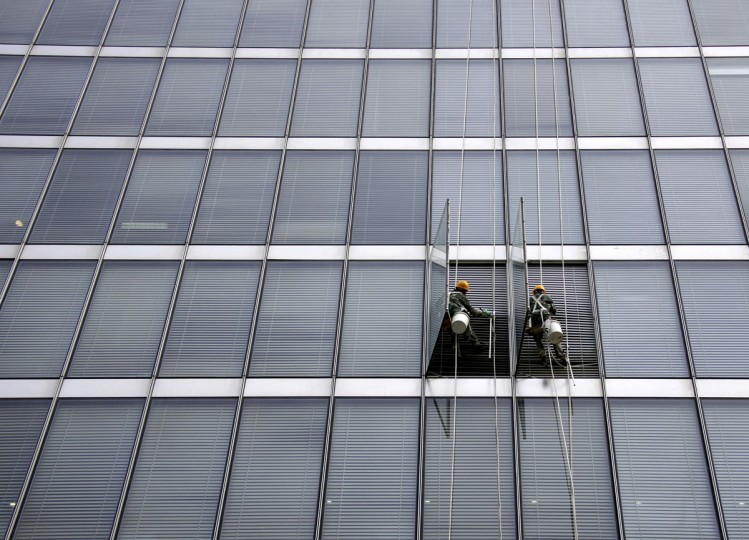 Cleaners open windows as they abseil the front of a building in the financial district of Beijing on August 3, 2009. (REUTERS/David Gray) 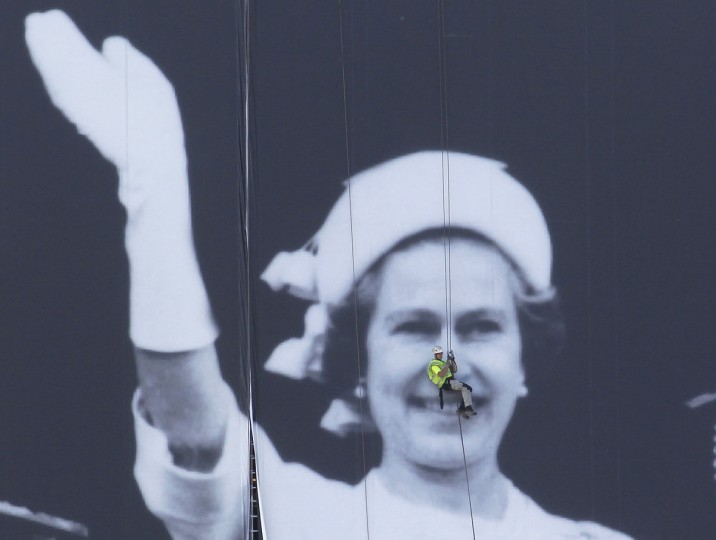 An abseiler secures a giant canvas along the River Thames of a photograph showing Britain’s Queen Elizabeth and Royal Family during the 1977 Silver Jubilee, London on May 25, 2012. (REUTERS/Suzanne Plunkett) 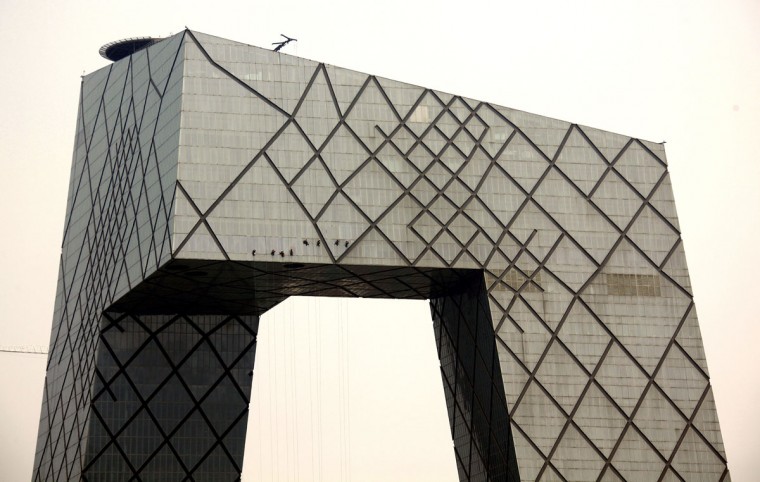 Cleaners abseil down the side of the China Central Television (CCTV) building in central Beijing on June 1, 2012. (REUTERS/David Gray) 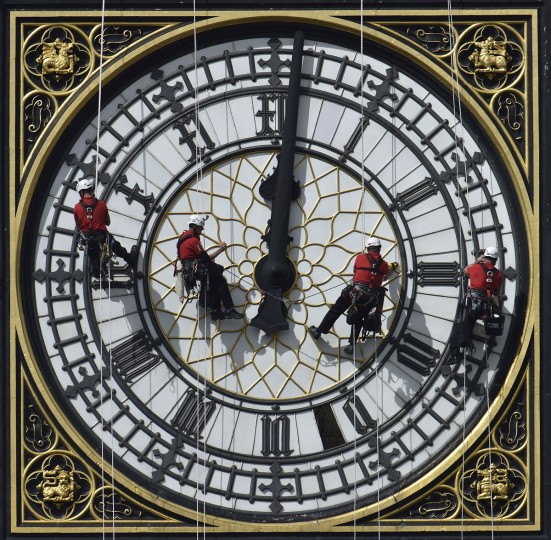 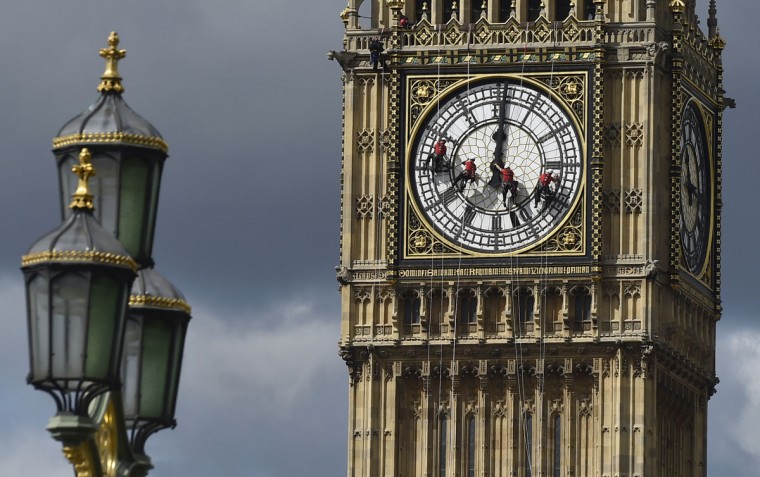 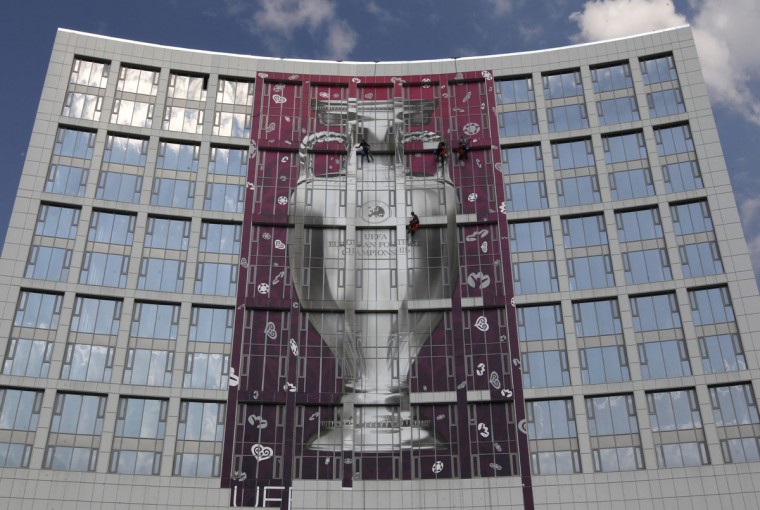 Workers abseil as they attach a huge placard displaying the Euro 2012 trophy as they decorate a building near the Olympic stadium in central Kiev on June 6, 2012. (REUTERS/Alexander Demianchuk) 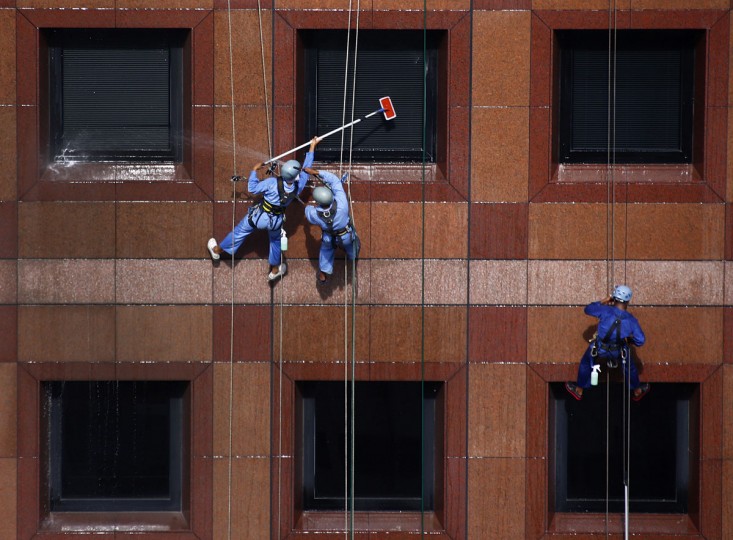 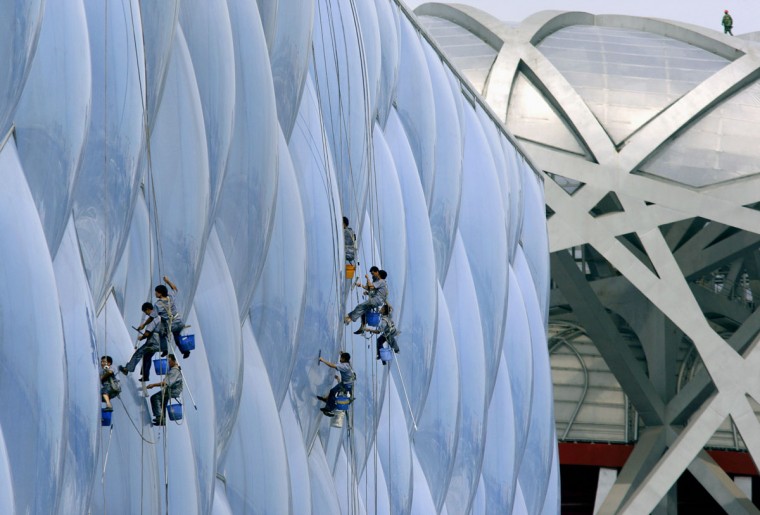 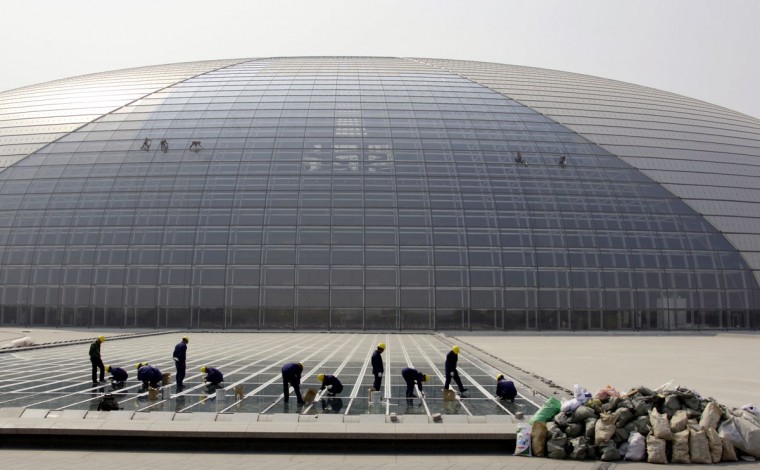 Workers clean the pool surrounding Beijing’s National Grand Theatre April 9, 2009 as cleaners remove dirt while abseiling down the glass roof. The huge theatre, nicknamed ‘The Egg’ by locals, has three main halls consisting of a 2,416-seat opera house, a 2,017-seat concert hall with pipe organ and a 1,040-seat theatre for plays. (REUTERS/David Gray) 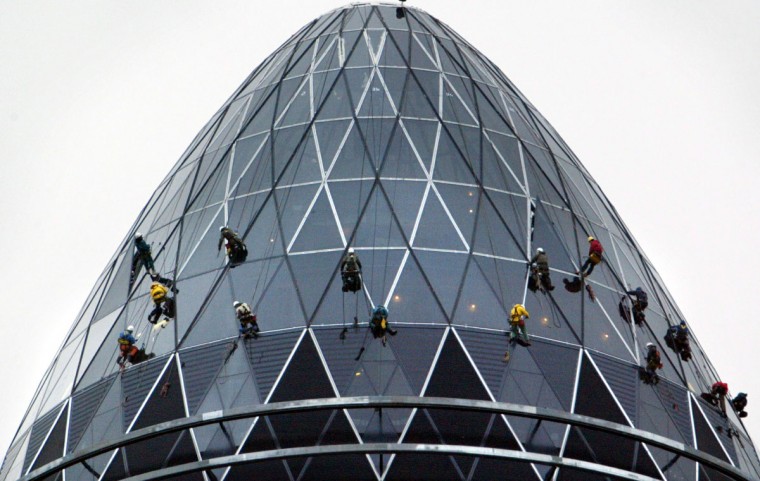 Workers abseil at the top of the Swiss Re ‘gherkin’ building in London in this January 14, 2004 file photo. 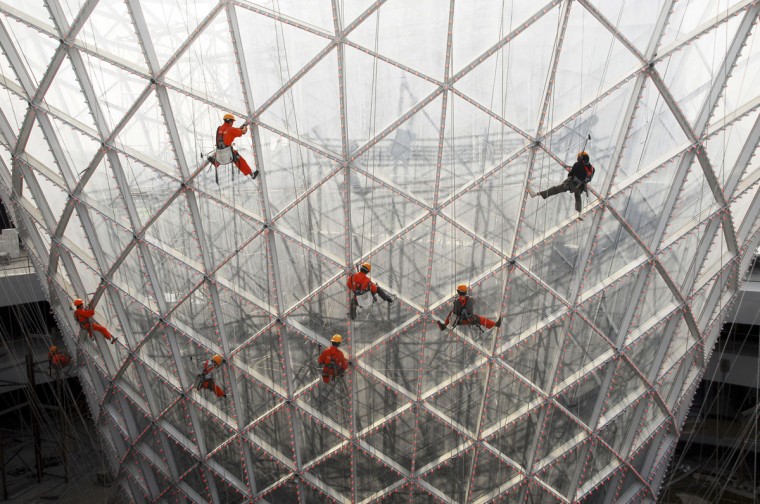 Workers clean the exterior of the “Sun Valley” at the 2010 World Expo site in Shanghai on October 10, 2009. (REUTERS/China Daily) 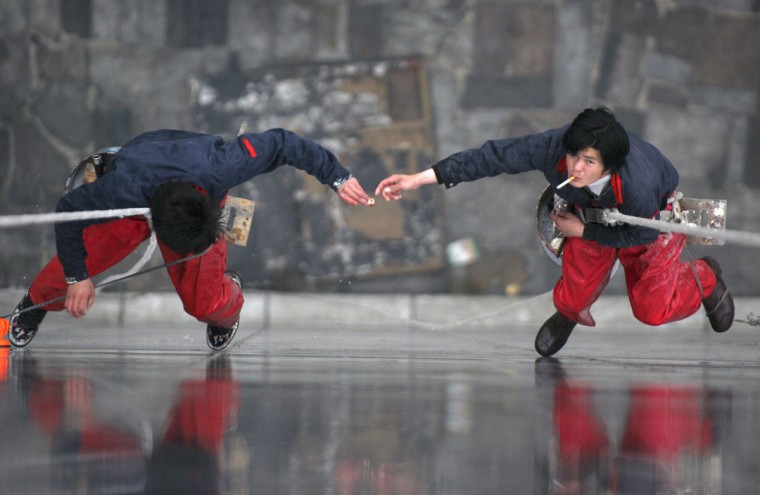 A window cleaner passes a lighter to his colleague while rappelling from a new building in Tianjin on March 23, 2007. (REUTERS) 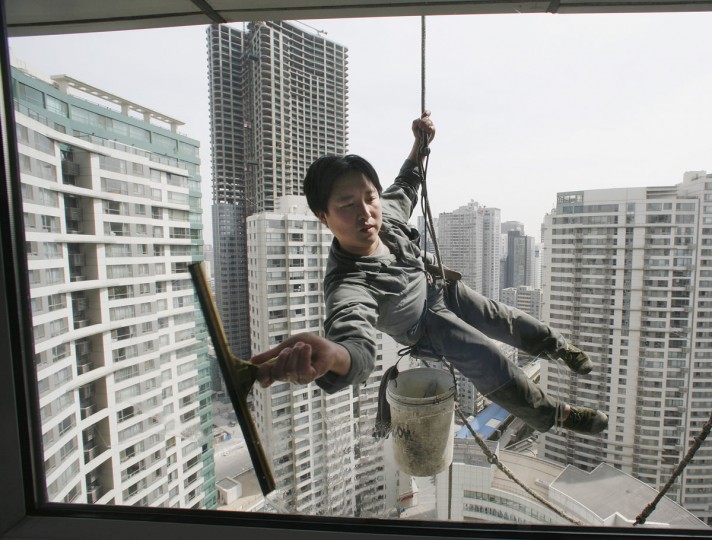 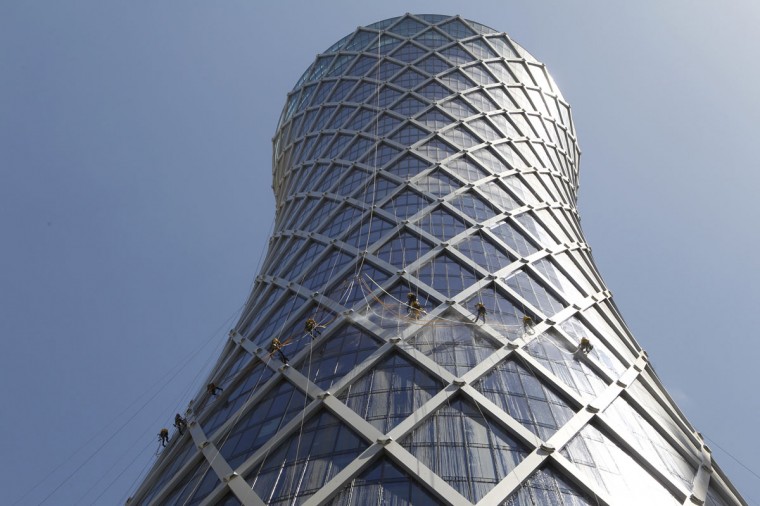 Workers suspended on ropes clean the glass windows at the Tornado tower in Doha on March 20, 2011. (REUTERS/Fadi Al-Assaad) 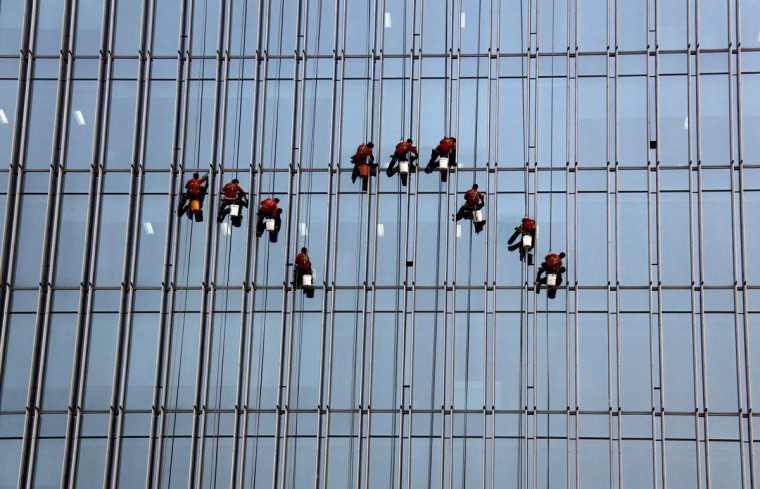 Cleaners abseil down the front of a newly constructed building in central Beijing on May 3, 2011. (REUTERS/David Gray) 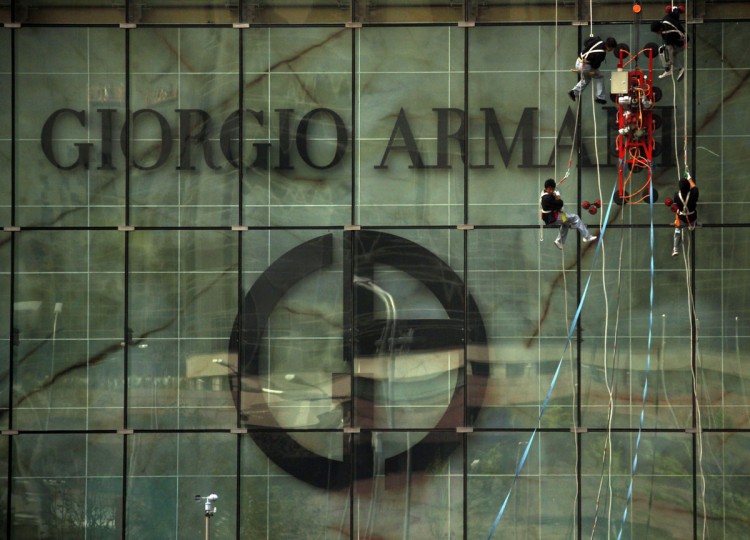 Cleaners abseil down the front of a shopping mall displaying the logo of Italian fashion label Giorgio Armani in central Beijing on June 26, 2011. (REUTERS/David Gray) 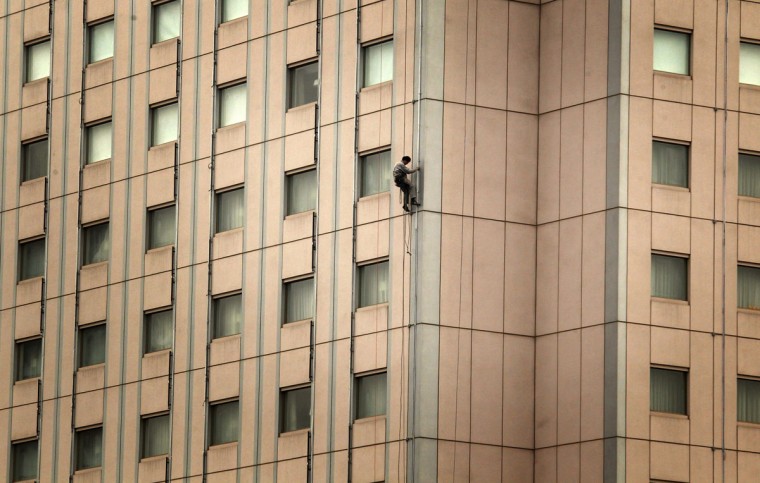 A cleaner abseils down the side of a newly renovated building in central Beijing on March 5, 2012. (REUTERS/David Gray) 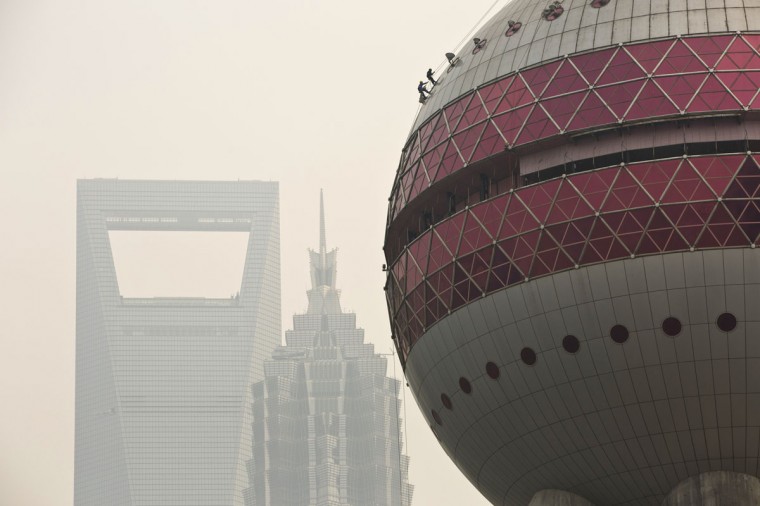 Workers clean the exterior of the Oriental Pearl TV Tower during a hazy day at Lujiazui financial district of Pudong in Shanghai on March 10, 2014. (REUTERS/Aly Song) 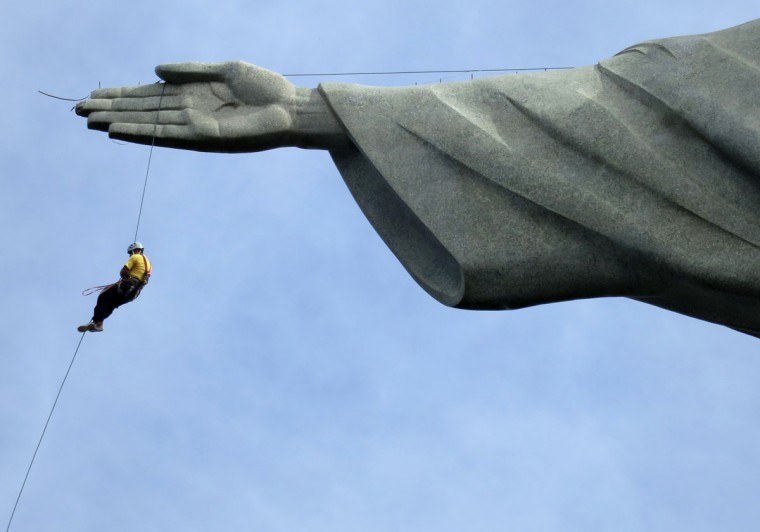 A worker rappels from the Cristo Redentor statue at the Corcovado in Rio de Janeiro on June 23, 2014. (REUTERS/Alessandro Garofalo)