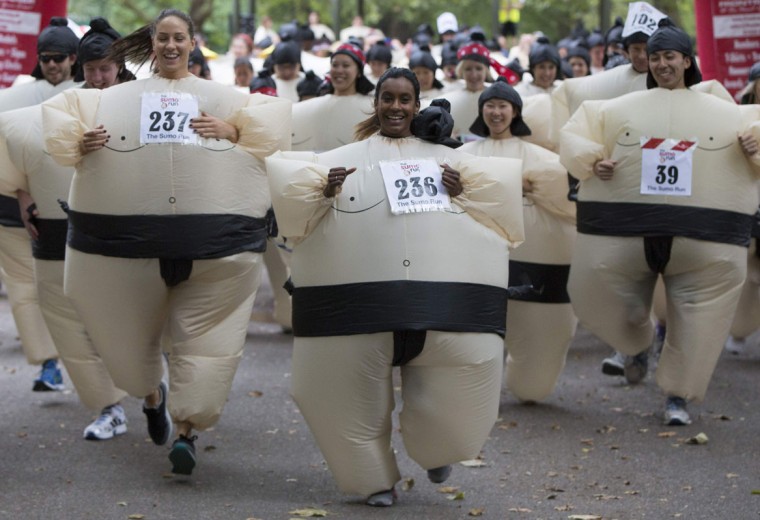 Participants take part in The Sumo Run in Battersea Park, London July 27, 2014. The runners, wearing inflatable costumes, take part in the 5km run with the aim of raising money for a charity to help educate children in Africa. (Neil Hall/Reuters) 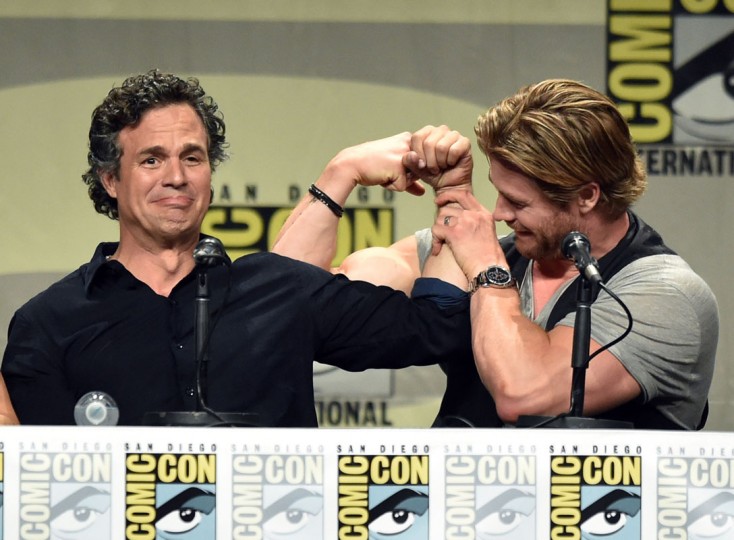 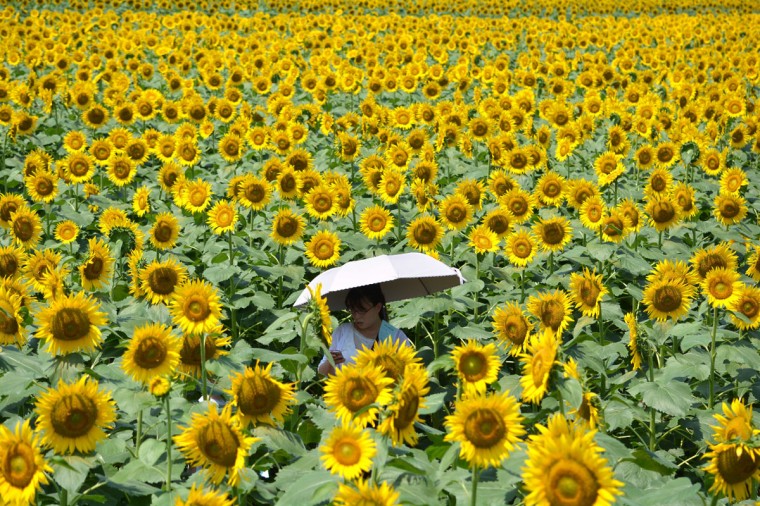 A woman walks through a maze of sunflowers growing in a field during a three-day sunflower festival in the town of Nogi, Tochigi prefecture, some 70 kms north of Tokyo on July 27, 2014. A total of some 200,000 sunflowers welcomed guests for the summer festival, an annual draw for the small town. (Nogi Kazuhiro/AFP/Getty Images) 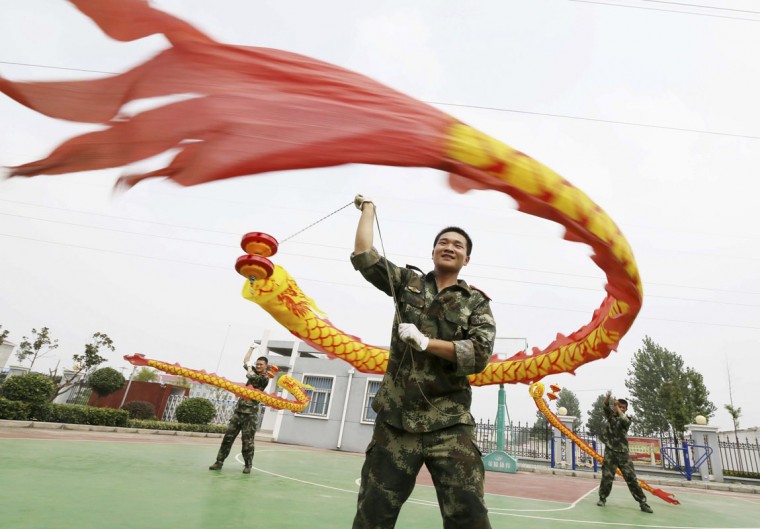 Paramilitary policemen rehearse for a diabolo performance ahead of China’s Army Day, which falls on August 1, in Huaibei, Anhui province, July 27, 2014. (China Daily/Reuters) 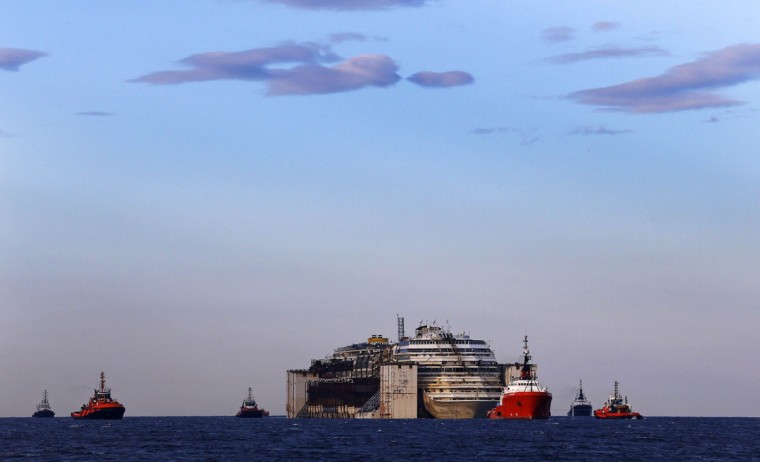 Tug boats tow the Costa Concordia ship as they arrive outside Genoa’s port, in northern Italy, where the ship will be broken up for scrap, July 27, 2014. (Giampiero Sposito/Reuters) 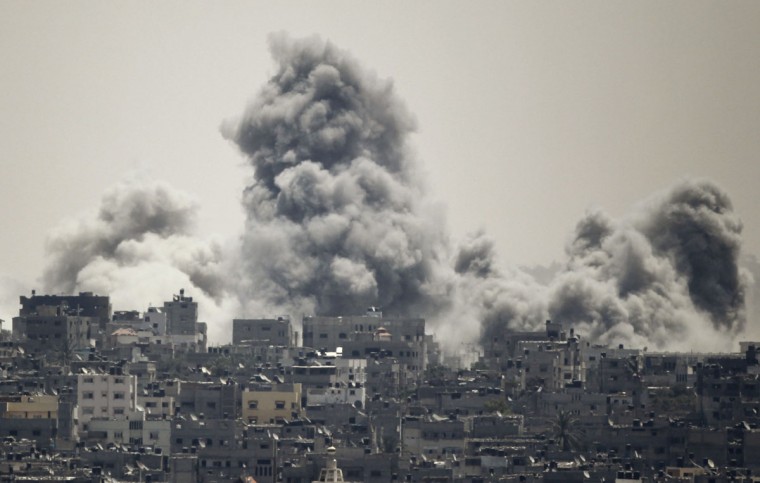 Smoke rises during an Israeli offensive in the east of Gaza City July 27, 2014. A humanitarian truce in the Gaza Strip collapsed on Sunday after a barrage of rockets fired by Palestinian militants was met with fierce Israeli shelling, in a fresh setback to efforts to secure a permanent ceasefire. (Ahmed Zakot/Reuters) 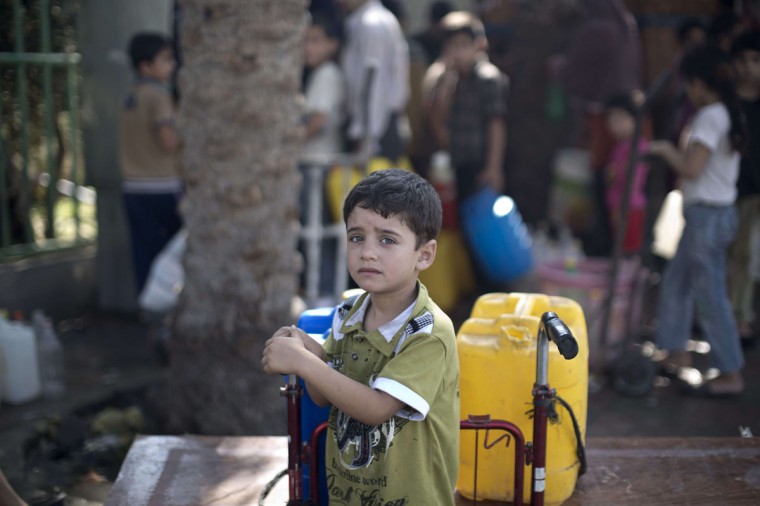 A Palestinian child waits to fill plastic bottles and water containers with drinking water from a public tap in Jabalia in the northern Gaza Strip on July 27, 2014. Three Palestinians were killed in shelling as the Israeli military resumed its assault on Gaza after Hamas shunned an extended lull accepted by Israel, medics said. Mahmud Hams/AFP/Getty Images) 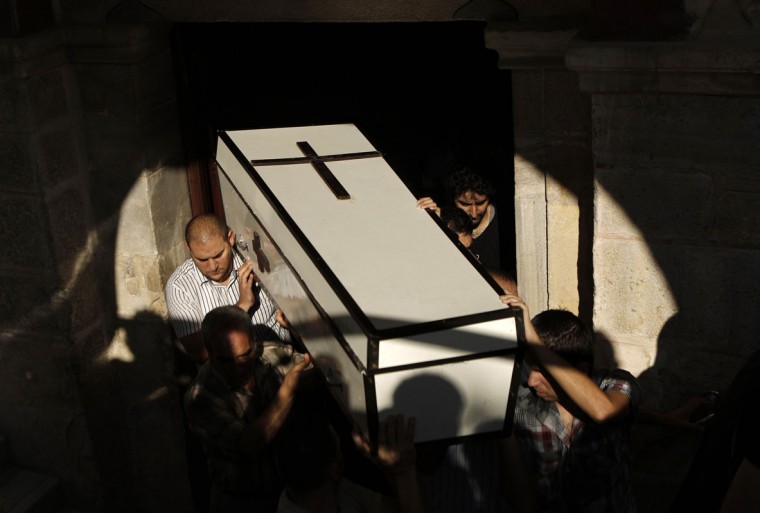 Palestinians carry the coffin of Jalila Ayad, a Christian woman whose body was found under the rubble of her home after an Israeli air strike in Gaza City during her funeral on July 27, 2014. The Islamist Hamas movement continued firing rockets at Israel, despite claims it had accepted a UN request for a 24-hour extension of a humanitarian truce in war-torn Gaza. (Mohammed Abed/AFP/Getty Images) 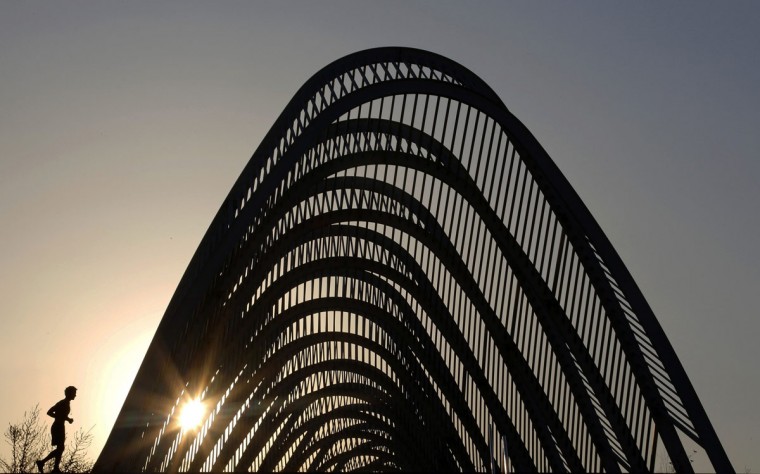 A man jogs near the “Agora” structure at the Athens Olympic complex, at the site of the Athens 2004 Olympic Games. July 27, 2014. (Yannis Behrakis/Reuters) 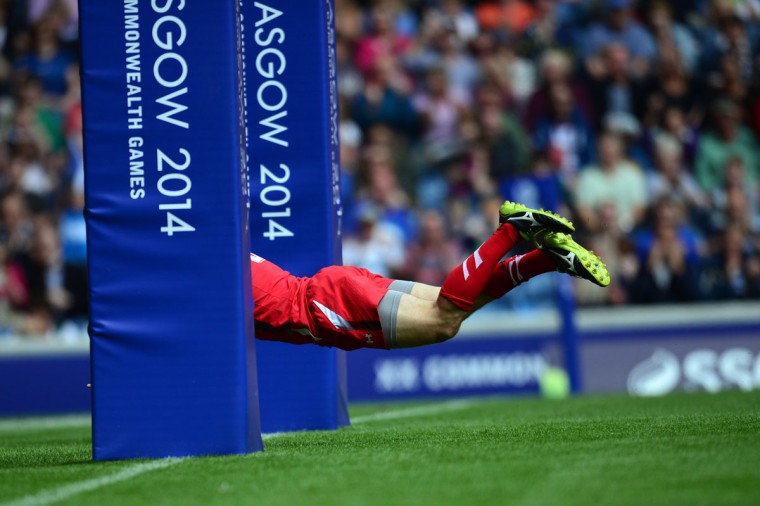 Lee Williams of Wales scores a try against Australia during the Rugby Sevens quarter-final match between Australia and Wales at Ibrox Stadium during the 2014 Commonwealth Games in Glasgow on July 27, 2014. (Carl Court/AFP/Getty Images) 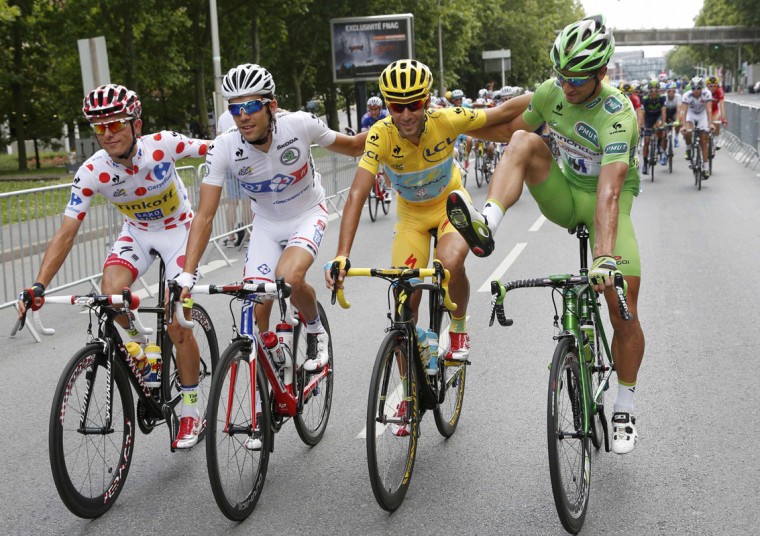 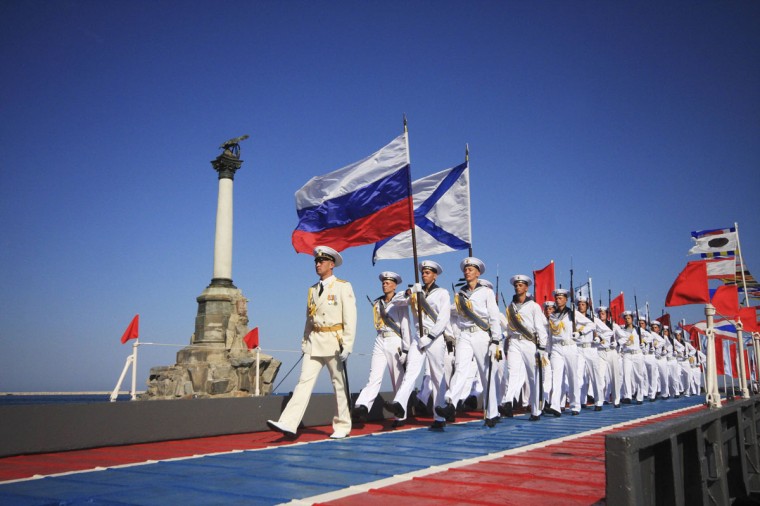 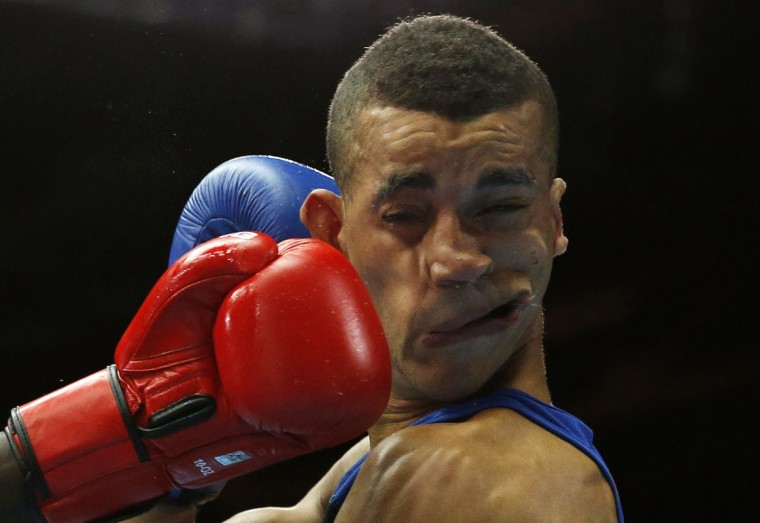 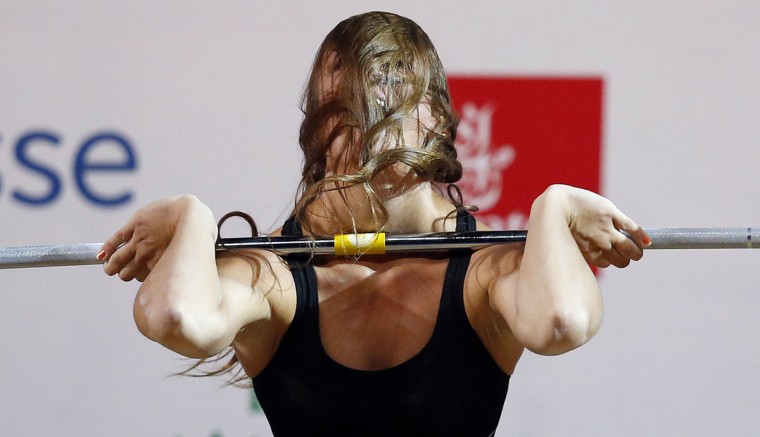 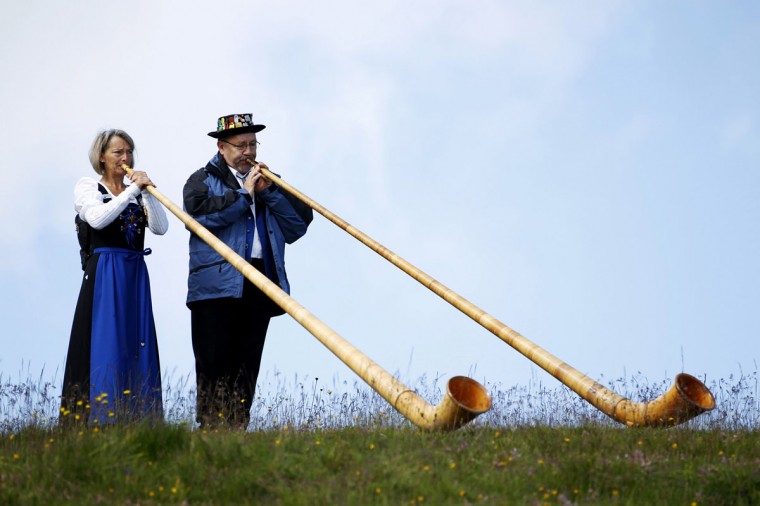 Alphorn blowers perform an ensemble piece on the last day of the International Alphorn Festival on Lac de Tracouet near the village of Nendaz, July 27, 2014. About 150 alphorn blowers took part in the contest this year. (Pierre Albouy/Reuters) 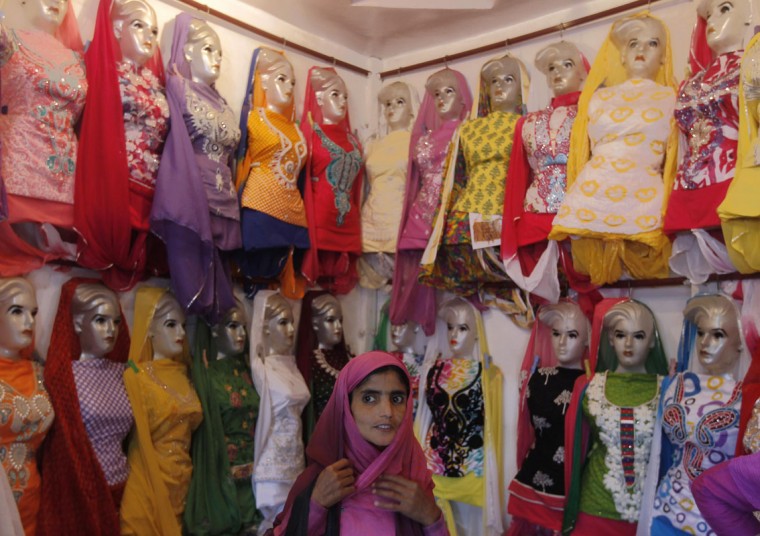 A Kashmiri Muslim woman shops inside an apparel showroom at a market ahead of Eid al-Fitr in Srinagar July 27, 2014. The Eid al-Fitr festival marks the end of the Muslim holy month of Ramadan. (Danish Ismail/Reuters) 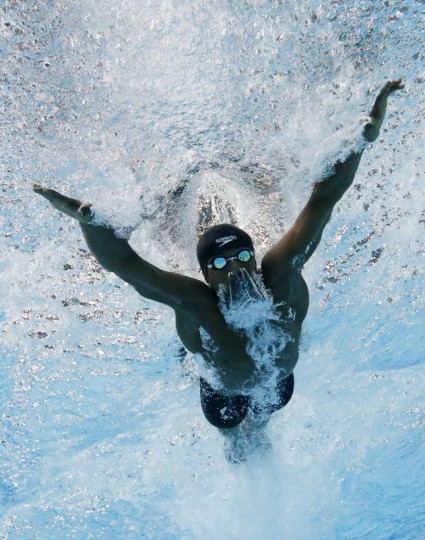 Issa Abdulla Hemed Mohamed of Kenya is seen underwater as he swims in the men’s 100m Butterfly heats during the 2014 Commonwealth Games in Glasgow, Scotland, July 27, 2014. (Stefan Wermuth/Reuters) 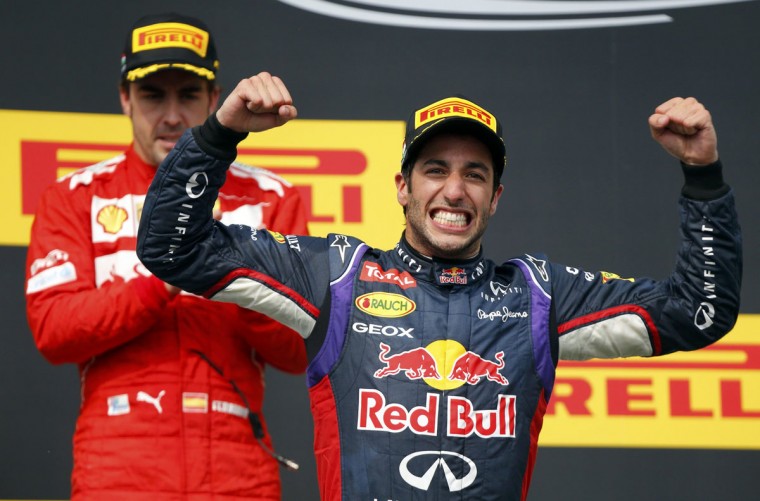 « A super VW rally in France, family members of the dead visit MH17 crash site and the Commonwealth Games in Scotland | July 26 » The Sumo Run in Battersea Park, London