From the windows, wires, steel and scaffolding

Acrobats with paint brushes. High riders. Steel painters. Window washers. Scaffolding climbers. No matter what you call them, these brave souls have challenged our photographers to create interesting angle-filled images over the years. 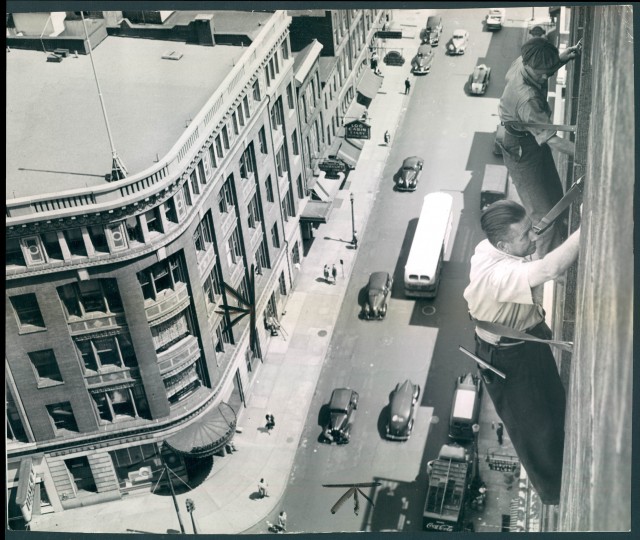 July 7, 1946: Robert Maxey and Stanley Medwid clean windows on the tenth floor of the Lexington Building. They are securred by their safety belts which are fastened to two little knobs on the sash frames. The squeegee, when not in use, is carried on the hip. (Photo by Albert D. Cochran) 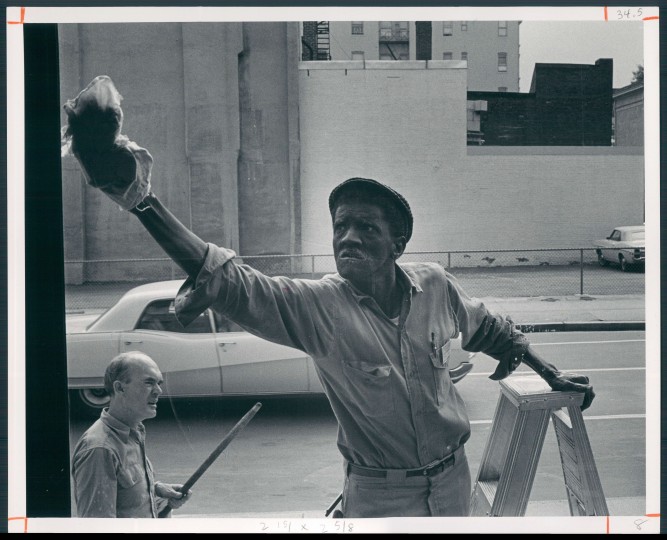 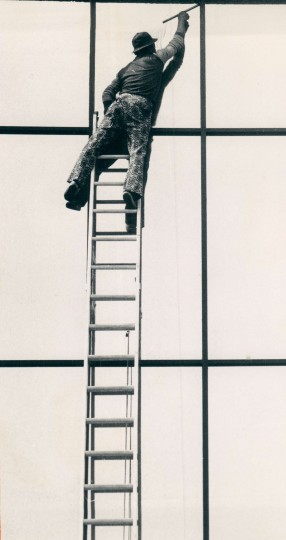 Feb. 27, 1976: A precarious perch for the window washer cleaning the exterior of the Dept. of transit and Traffic at Calvert and Bath. (Carl D. Harris – Sunpaper) 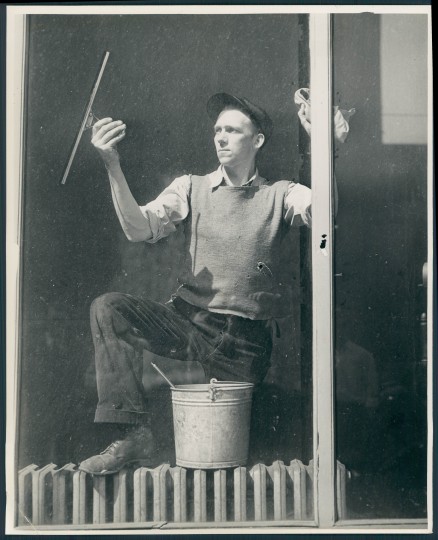 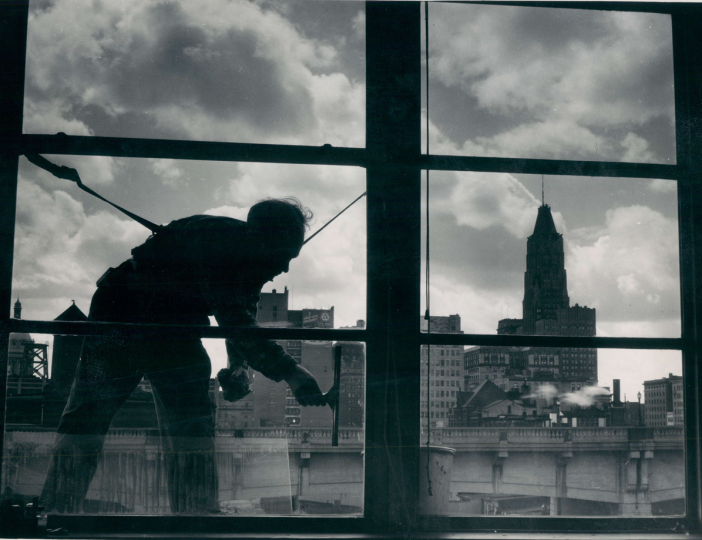 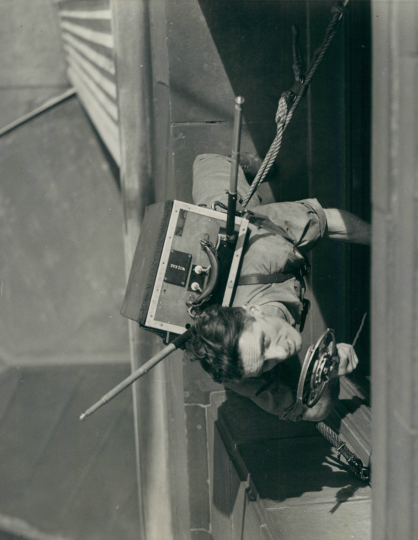 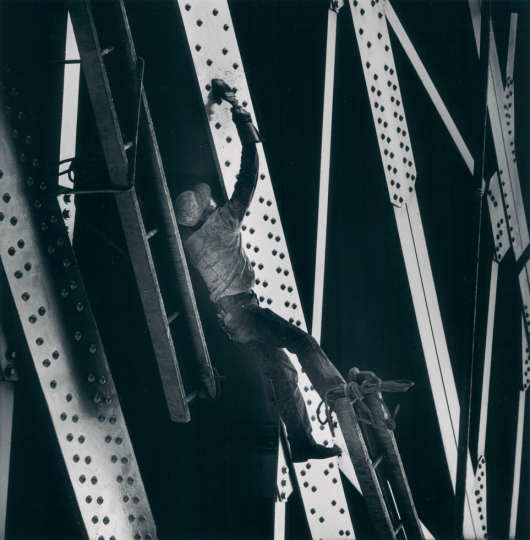 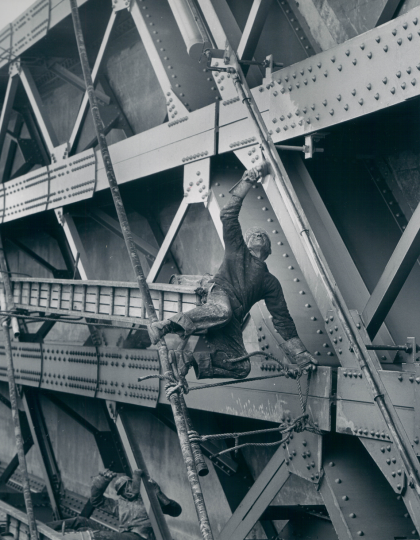 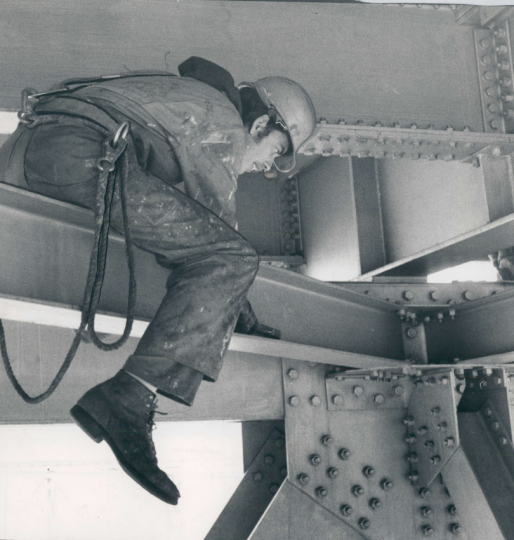 November 22, 1978: A neverending job: A paint crew member straddles a steel I-beam underneath the old Chesapeake Bay Bridge in his constant task of painting the 4.5-mile structure. It takes five years and 30,000 gallons of silvery aluminum spray paint to cover the bridge from one end to the other. When that is accomplished, it’s time to start all over again. (Clarence B. Garrett) 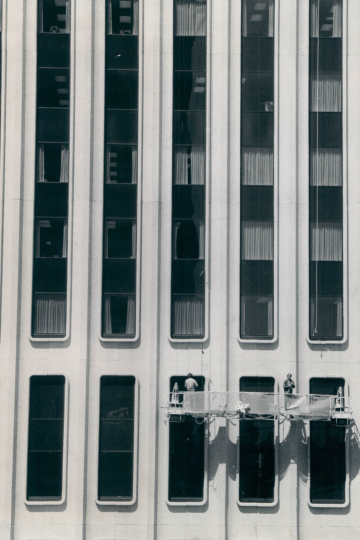 Oct. 8, 1972: Window washers require a scaffold to work on the First National Bank Building at Light and Redwood streets. With modern windows taking up more and more space in new construction a window washer’s work downtown can keep him very busy. (Sun file) 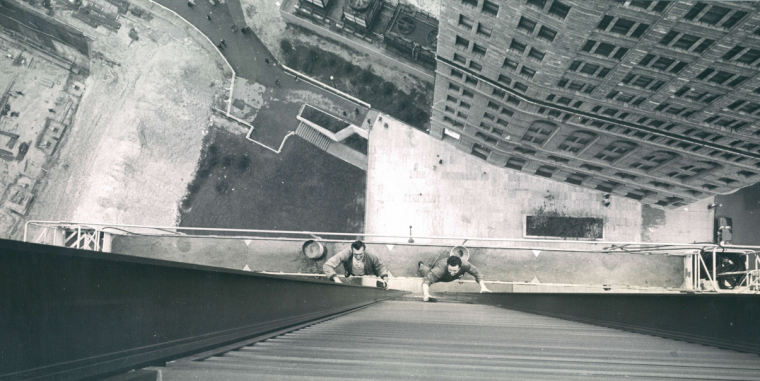 June 4, 1964: Window washers Nick Murdich and Bob Cave, seen from the One Charles Center window, lean in at the 22nd floor. At the end of the scaffolding, railed enclosures called “buckets” hold motors, cables, and electric cord. Rollers fit behind beams to hold scaffold close to the building. (Ellis Malashuk)