Tweeting isn’t officially a sport at this year’s Olympic Games in London, but the social media site is certainly having a bigger impact than any one event. Just in the games’ first week, Twitter has been responsible for a police investigation, two athletes being sent home, corporate protests and, of course, some wacky off-the-cuff comments. Here are some of the highlights: Missy Franklin: Olympians aren’t the only ones connecting with their fans. Teen singer Justin Bieber took to Twitter to give a shout to U.S. gold medal winner Missy Franklin; lots of OMGs ensued. Jordyn Wieber: While other more seasoned Olympians are running afoul with their tweets, the 17-year-old gymnast is used her account to show poise and grace after her disappointing finish in the individual competition. (Vernon Bryant/Dallas Morning News) Voula Papachristou: Twitter was making an impact even before the Olympic torch was aflame. Three days before the start of the games, the Greek triple jumper was kicked out of the London Olympics by the Greek Olympic Committee after a racist tweet. She wrote: “So many Africans in Greece at least West Nile mosquitoes will eat homemade food.” She later apologize but Papachristou will still miss what would have been her first Olympics. (AFP Photo) Nick Symmonds: The U.S. track and field star is known for his commitment to branding, literally. Before the games, Symmonds sold the rights to his left arm with a tattoo for the Milwaukee advertising and design agency Hanson Dodge. So it’s no surprise that Symmonds would join other U.S. athletes like Sanya Richards-Ross to protest an Olympic rule that prevents athletes from publicly thanking some of their corporate benefactors. Organizers want only official Olympic sponsors like Visa to get the attention. The protest has spawned the twitter hashtags #wedemandchange and #rule40. (Christian Petersen/Getty Images) Hope Solo: While some heated tweets have crossed the line, there’s still plenty of good-old-fashion feuding. Shortly after shutting out Colombia in the U.S. soccer team’s second group-play game at the London Olympics, the U.S. goalkeeper took to Twitter to blast NBC analyst Brandi Chastain, who played 192 games for the national team and converted the penalty kick that gave the U.S. the 1999 World Cup title in a shootout win over China. (David Moir/Reuters) Michel Morganella: The Swiss soccer player was sent home on Monday after his Twitter trash talking crossed the line. Morganella posted a message aimed toward South Koreans after his Swiss team lost 2-1 to their team on Sunday. Morganella wrote on Twitter “Je les tous Defonce Coréens, allez vous tous Bruler, bande de trisos,” which translates to “I want to beat up all South Koreans! Bunch of mentally handicapped retards!” After the Swiss newspaper Le Matin published images of the offending tweet, the account was deleted. (Paul Ellis/Getty Images) Tom Daley: The athletes aren’t the only ones getting in trouble on Twitter. British police arrested a man on Tuesday after offensive tweets were sent to the British diver when he failed to win a medal in his first event at the London Olympics. Daley, whose father Robert died from cancer last year, repeated a tweet from user @Rileyy_69 to his followers that said: “you let your dad down I hope you know that”. The diver responded: “After giving it my all … you get idiot’s sending me this.” It’s illegal in Britain to send “malicious communications.” (Al Bello/Getty Images) Ryan Lochte: The U.S. swimmer’s Olympics experience has had its highs and lows, but his tweets remain consist – consistently weird. His twitter feed contains some gems like “Too travel is sometimes better to arrive” and “I nee some energy for tomorrow race. All I need is an ice cold Mountain Dew. With some gatorade dink that noenthat will kre p u up and ready.” (Clive Rose/Getty Images) Lolo Jones: The Olympians’ contributions to Twitter aren’t all rants and scandal, the U.S. track and field star — who made headlines earlier this year by revealing she is still a virgin — uses her twitter account to show off her sharp sense of humor. (Christian Petersen/Getty Images) Michael Phelps: Like many Olympians, the Baltimore native uses his twitter account to connect to his fans, giving them a window into what it’s like behind the scenes of the Olympics including the downtime. Although he’s across the pond, Phelps may be seeing more of Baltimore than London when he’s outside of the pool — he’s currently catching up on “The Wire.” (Toby Melville/Reuters) 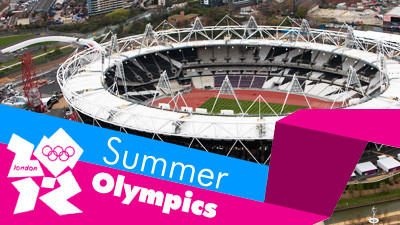 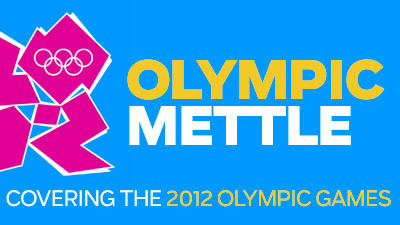 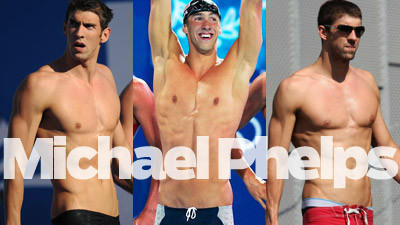 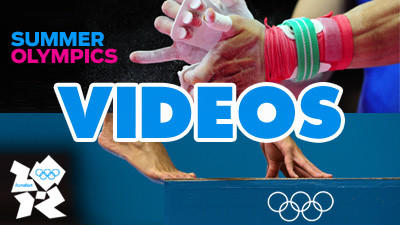 SAN FRANCISCO (Reuters) – Twitter Inc and NBC Universal’s move to suppress a British reporter’s tweets related to the network’s Olympics coverage may have backfired after the incident became fodder for Twitter chatter around the world on Monday.

Adams was among a number of Twitter users in the United States who vented their frustration with NBC, a Comcast Corp subsidiary, for showing the London Olympics’ opening ceremony on tape delay to coincide with evening prime-time in the United States.