From the vault: Solar eclipses of the past

In case you haven’t heard, there’s an eclipse on Monday afternoon. Here, a look back at solar eclipses of the past. 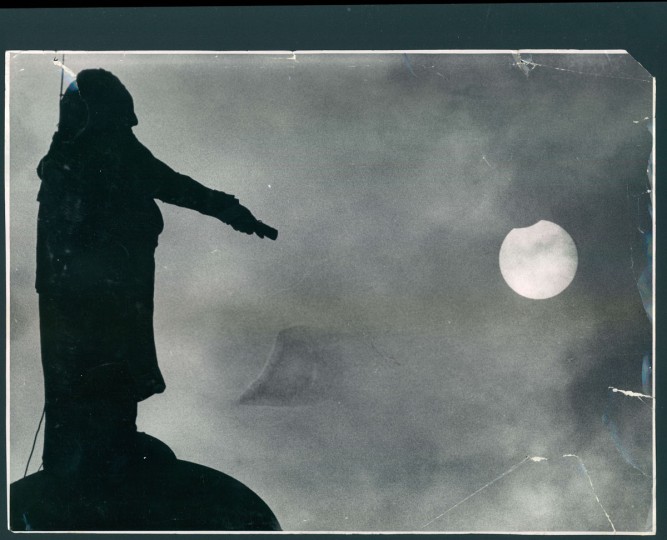 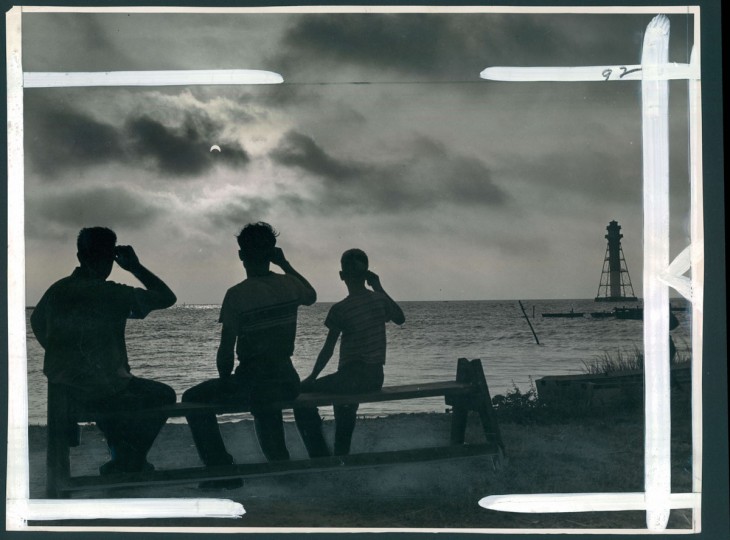 September 1, 1951 – WATCHING THE ECLIPSE — This is how the eclipse looked at 7:12 this morning at Miller Island. Watching are (left to right) Clair Byroade, Thomas Walden and Gerald Byroade. The Miller Island light is at extreme right. About 92 percent of the sun was blocked out by the moon. Photo taken by Baltimore Sun Staff Photographer Robert F. Kniesche. 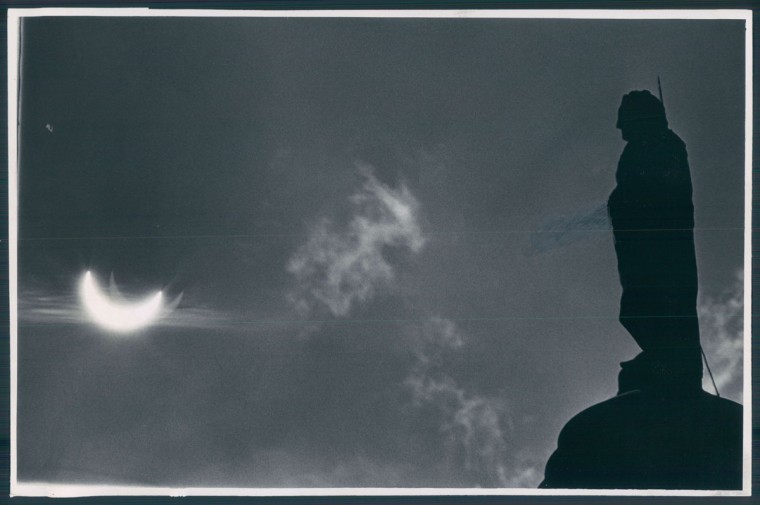 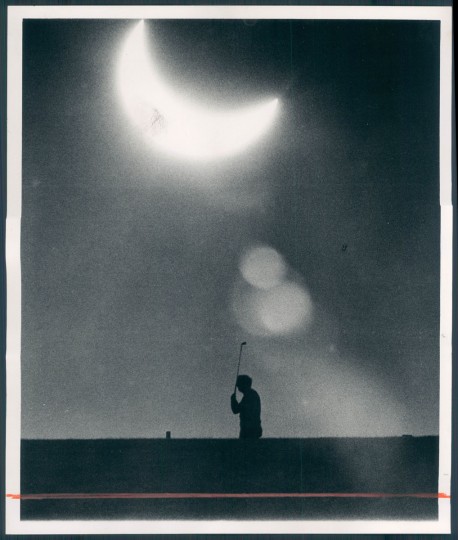 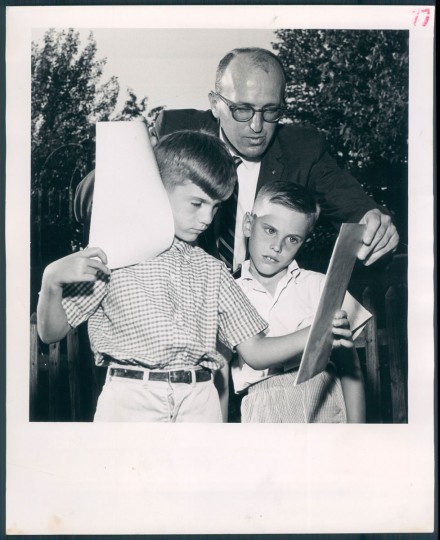 DON’T LOOK NOW: Dr. Bernard A. Sallyslak shows son, Billy, 6, left, and neighbor Philip DeLoache, 8, how to watch the eclipse without any danger of injuring their eyes. Photo from July 1963. (Tadder/Baltimore Sun) 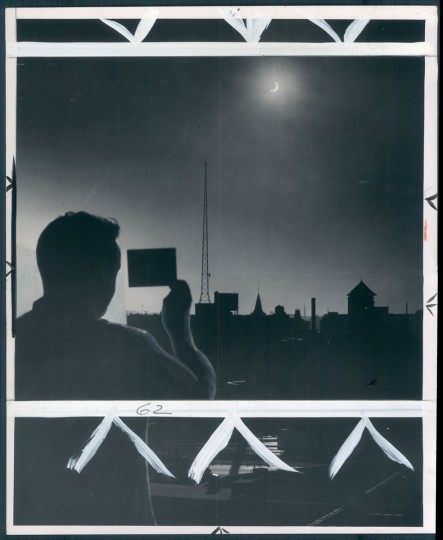 Photo dated 1954. “As the sun gradually dims on Saturday, almost all eyes will go up to see this rare phenomenon. A safe way to watch it, experts advise, is to use a piece of heavily over-exposed and then heavily over developed film.” (Malashuk/Baltimore Sun archives) 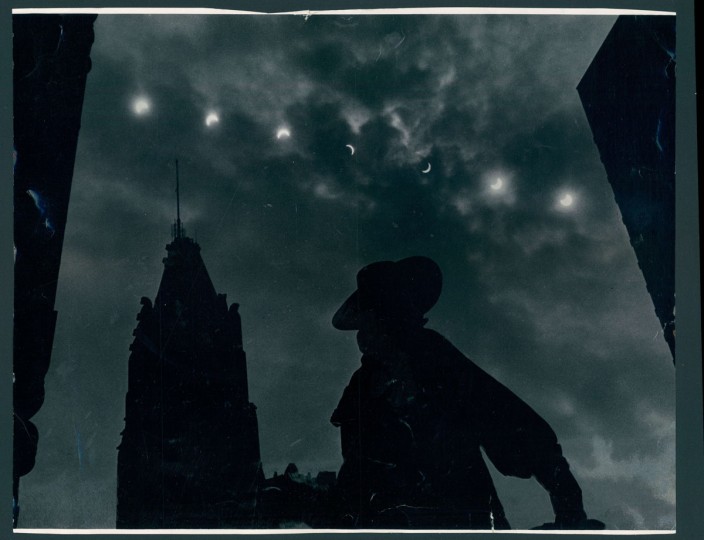 Eclipse of sun from the steps of Baltimore’s court house. Photo dated May 1970. (Kniesche/Baltimore Sun) 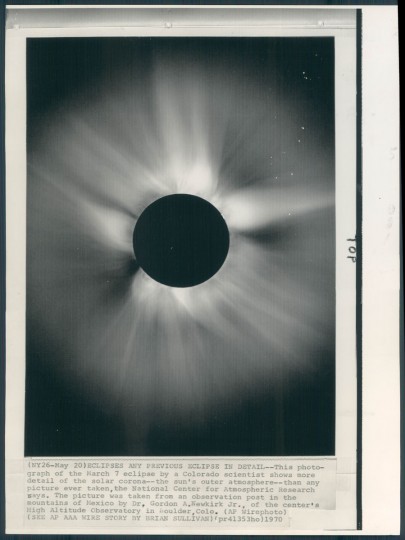 The caption to this 1970 AP wire photo said “Eclipses any previous eclipse in detail.” The photo showed more detail of the solar corona than any previously taken. (Baltimore Sun archives) 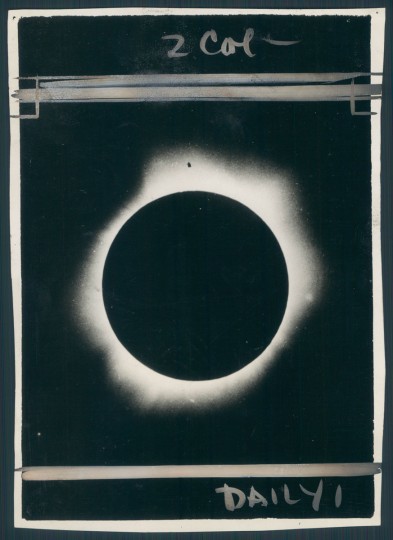 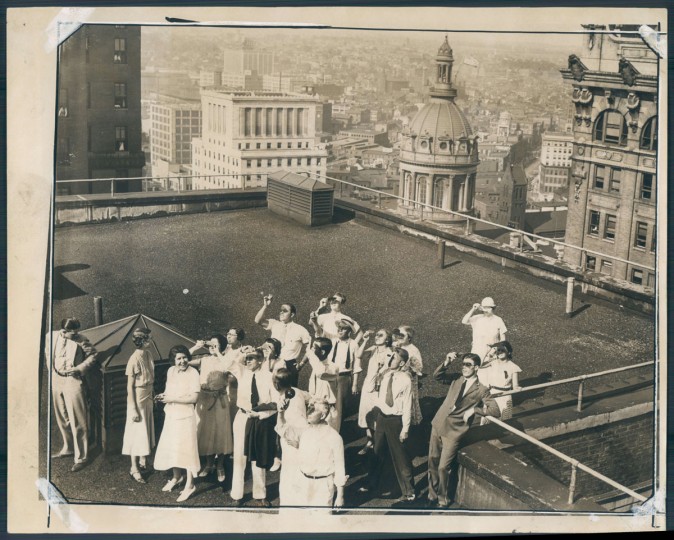 Office workers view a solar eclipse from the roof of the Continental Building on August 31, 1932. (Baltimore Sun archives) 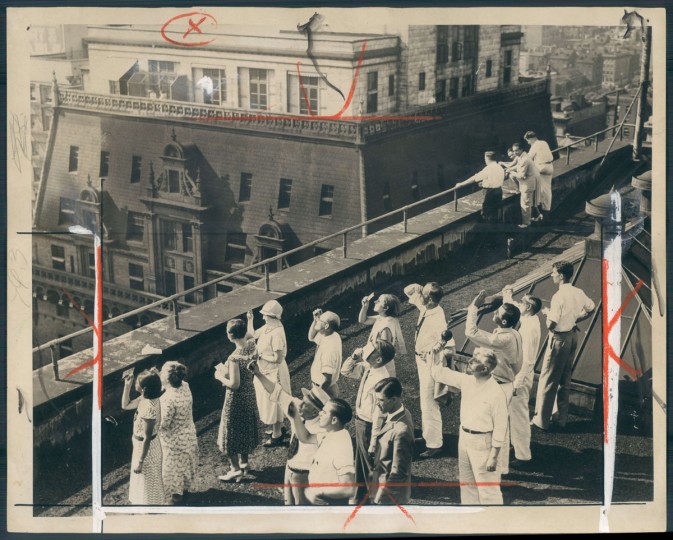 Using pieces of smoked glass and exposed camera film as eye protection, office workers view a solar eclipse from the roof of the Continental Building on August 31, 1932. (Baltimore Sun archives) 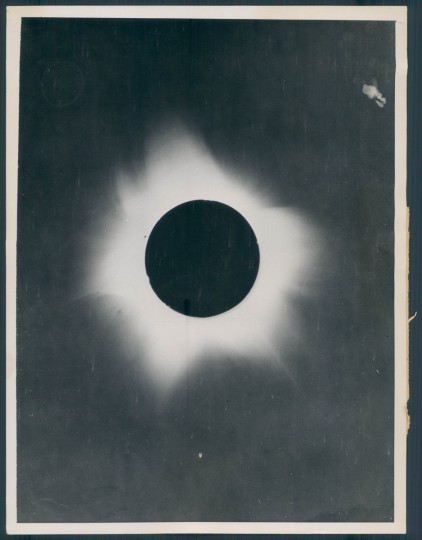 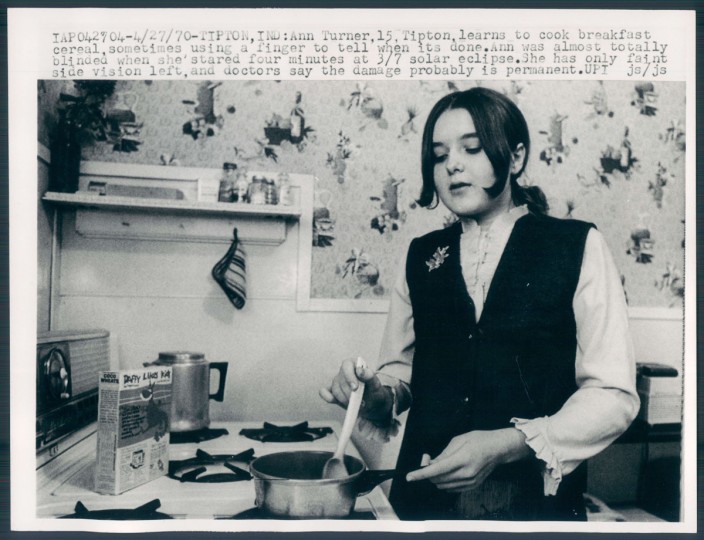 A young girl was blinded after looking at a solar eclipse for four minutes in 1970. (Baltimore Sun archives via UPI) 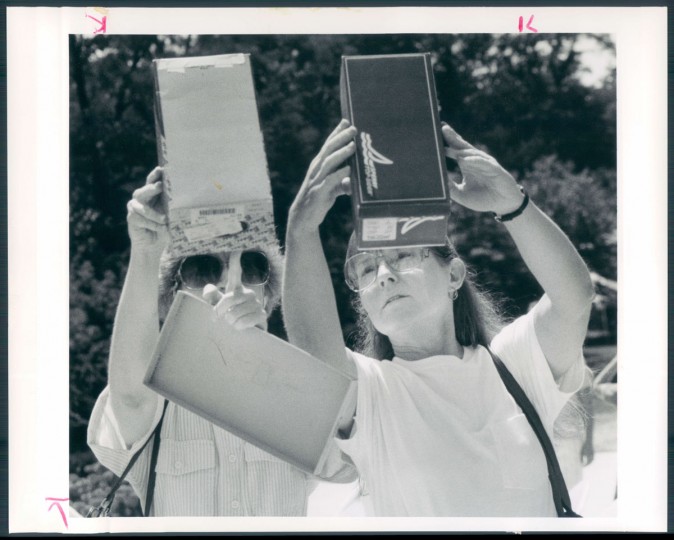 July 11, 1991: Barbara Davis, left, and Suzanne Steinke use their own homemade viewing device to view he eclipse. The two are elementary school teachers attending a science workshop. (Baltimore Sun archives)

It was a swelteringly hot day on Aug. 31, 1932, when the partial eclipse covered Baltimore. Those who dared venture out in the heat looked at the sky through smokey glass and overdeveloped camera film to protect their eyes. The Sun reporter who covered it said the event cast the city in a “strange pale twilight,” similar to “that condition which sometimes precedes a thunderstorm.” However, it was all downhill from there. “Watching the moon slide off, as it appeared, into space was a tedious anticlimax.”

« ‘Ghost signs’ serve as reminders of the past » Spectators across the U.S. look skyward for solar eclipse