The photographs of Finley Taylor

The early 20th Century photographs of Finley Taylor, from the timber boomtown of Richwood, W. Va., captured the hard life of logging crews and their families as men and horses harvested trees from 350,000 acres of hardwood forest over a 30-year period. After a Baltimore & Ohio Railroad spur reached Richwood in 1901, hundreds of immigrant families settled the area and logging companies established camps in the wilderness. Richwood became home of the largest clothespin factory in the world. Taylor, a studio photographer, based in Richwood, lugged a Rochester field camera into the woods to capture the life of loggers. His photos are the subject of three books published over the last year, “Last Photographers,” by Mark Romano of Cowen, W. Va. Romano, a photographer and teacher of photography, has collected thousands of Taylor’s glass negatives and prints. 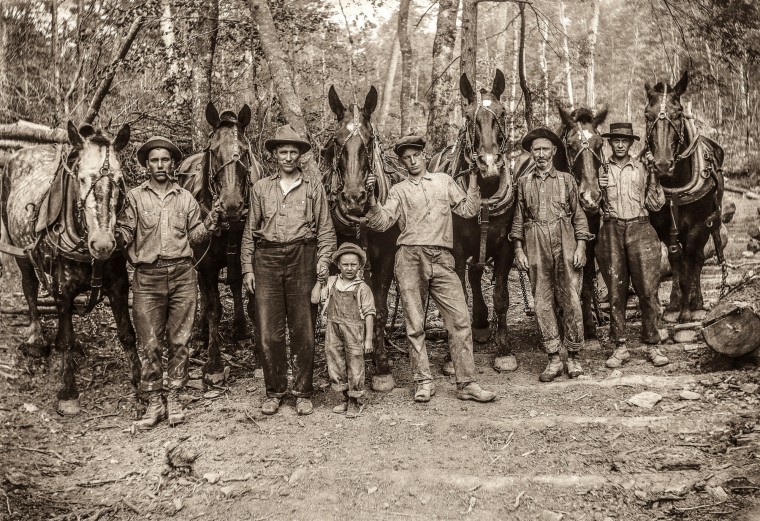 Men, mules and horses harvested the harwood from the wildnerness near Richwood, W. Va. 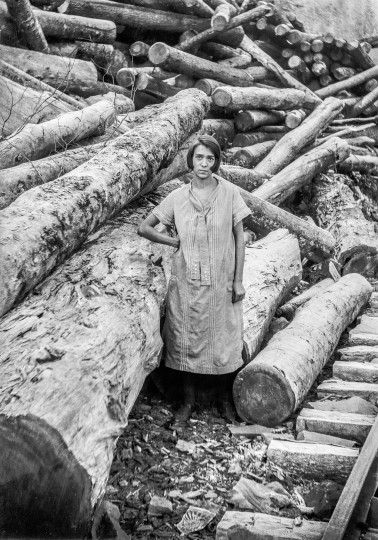 A young woman identified as Lillie Giles Barnett, date unknown, surrounded by some of the hardwood harvest awaiting shipment to Richwood’s mills. 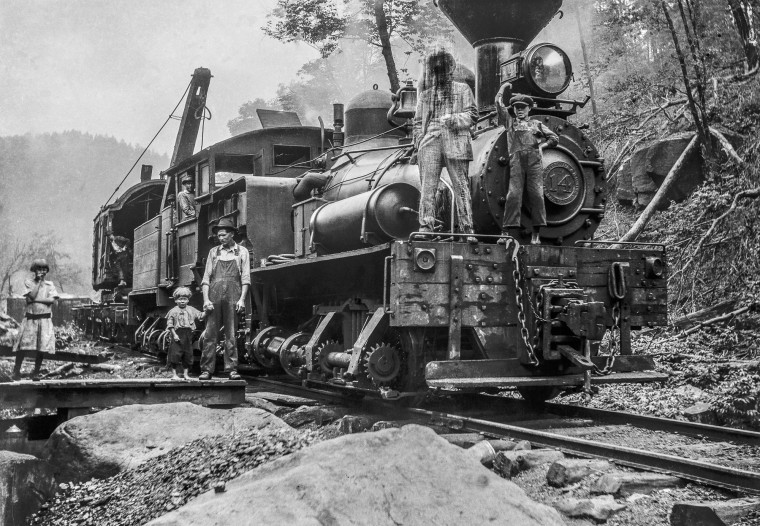 A spur of the B&O Railroad made hauling timber out of Richwood possible, creating in the wilderness of central West Virginia a boomtown whose population once reached 10,000. 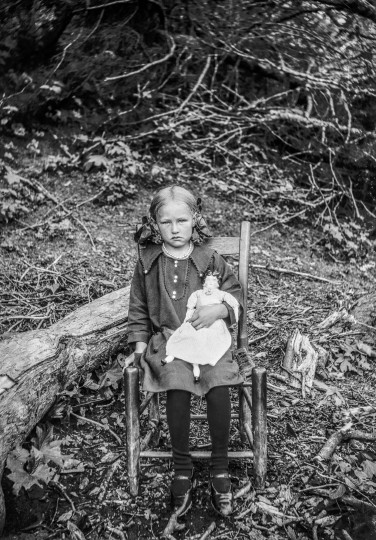 Seated on a chair near fallen trees, a girl posed with her doll. Many of the adults and children in Taylor’s undated photographs have not been identifie 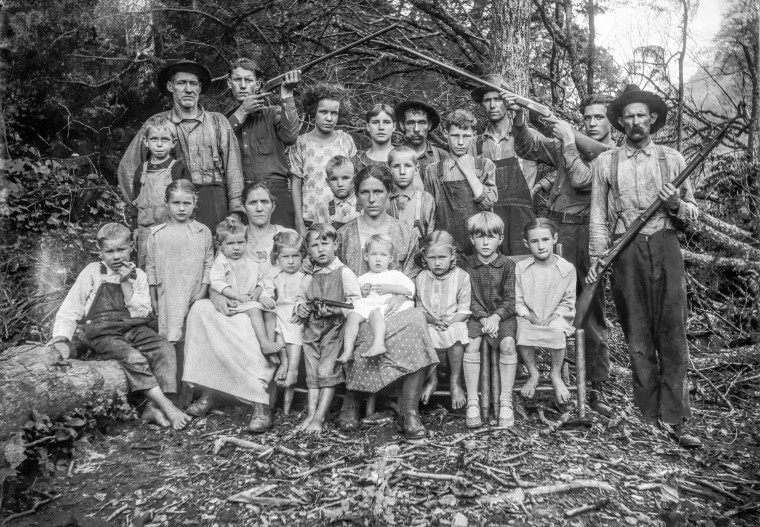 In this odd photo, Taylor posed the owners of a saw mill and their kin, arched by the barrels of shotguns. 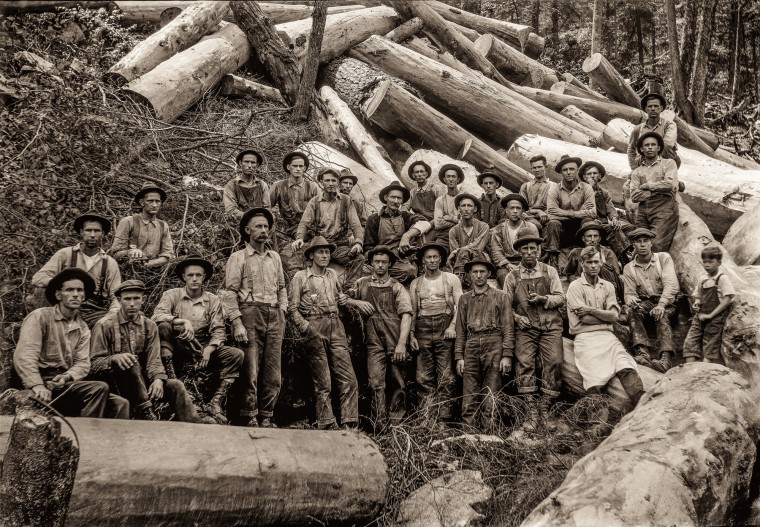 Finley Taylor had a crew of loggers pose with their harvest, date unknown. 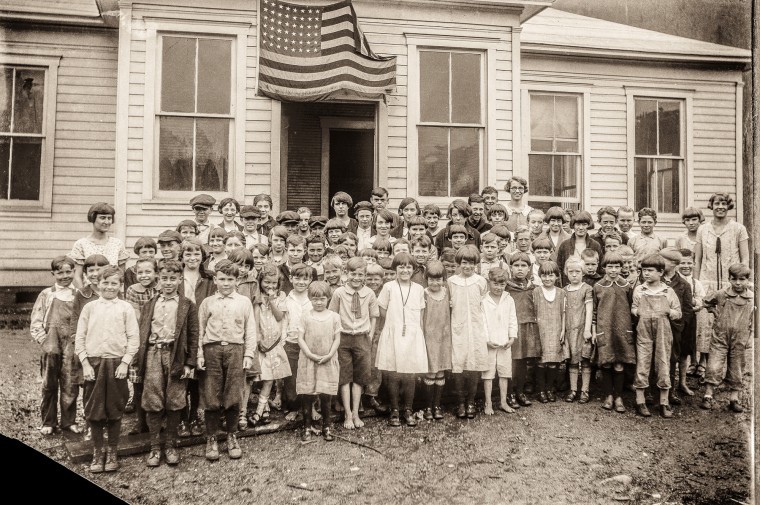 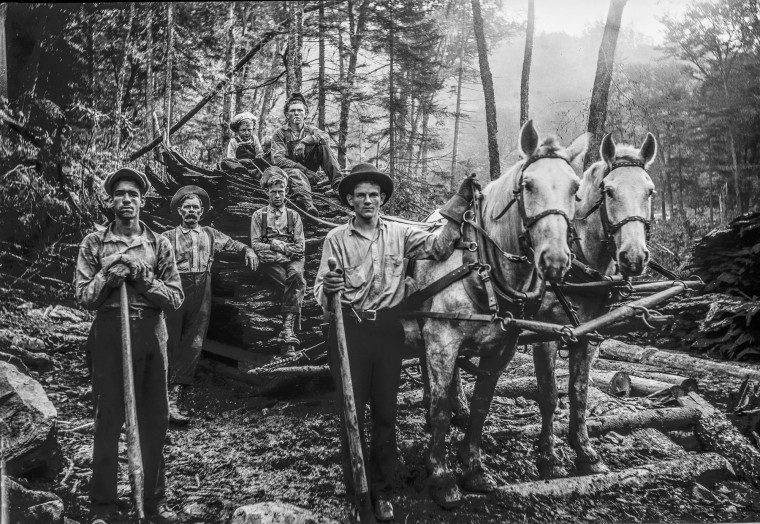 Men, boys and horses at work in the Cranberry Wilderness near Richwood, W. Va. 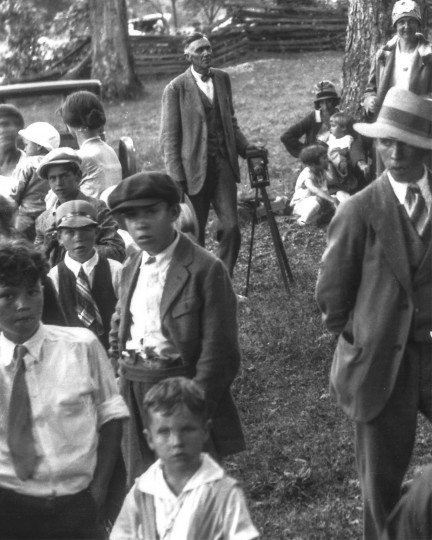 Finley Taylor carried his cameras to social events in Richwood to capture loggers and their families in their Sunday best. 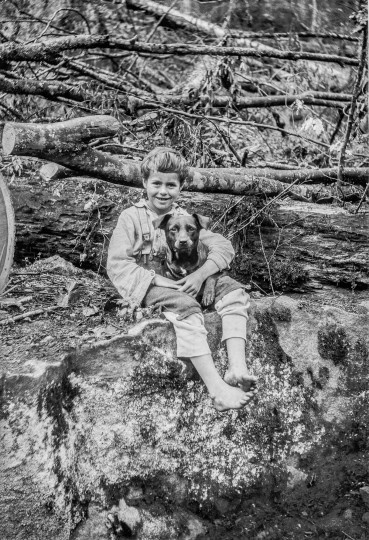 Men who worked in the wilderness around Richwood harvested mountains of logs from central West Virginia. 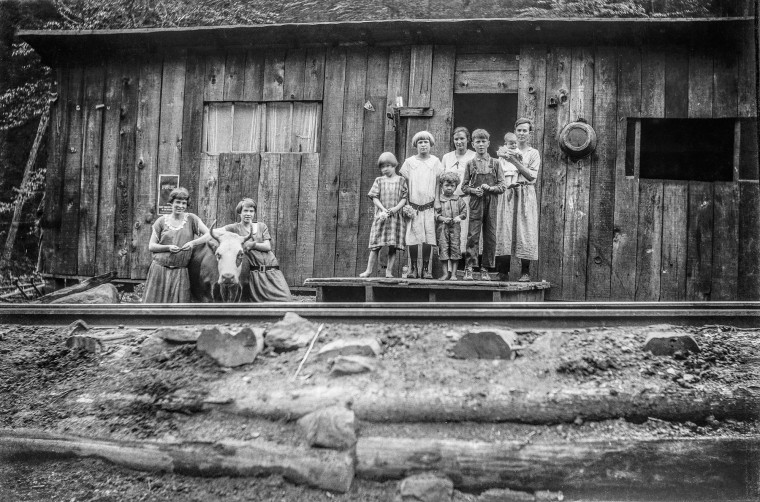 Members of the Giles family lived in this shanty alongside railroad tracks near Richwood. In “Last Photograhers,” writer Anne Johnson notes, “Depending on job locations, shanty homes built beside the tracks were hoisted by a loader, placed on a railroad car, and families moved to a new job site.” 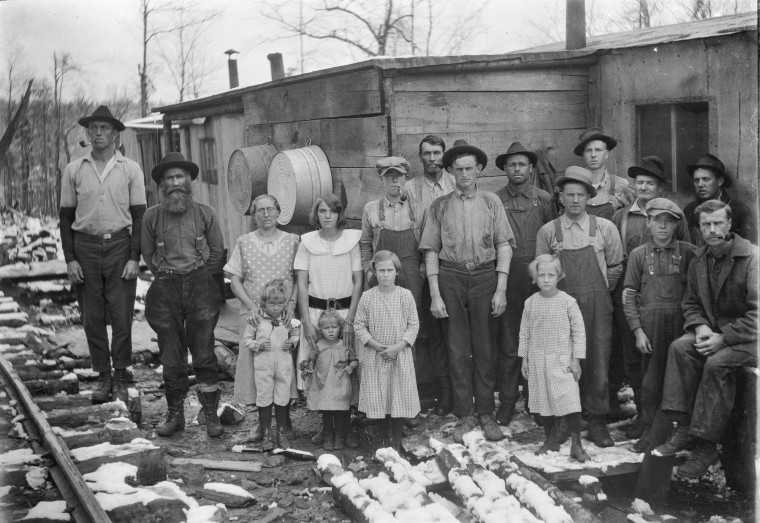 An extended family of loggers posed for Finley Taylor outside their shanty home on a winter’s day, year unknown. 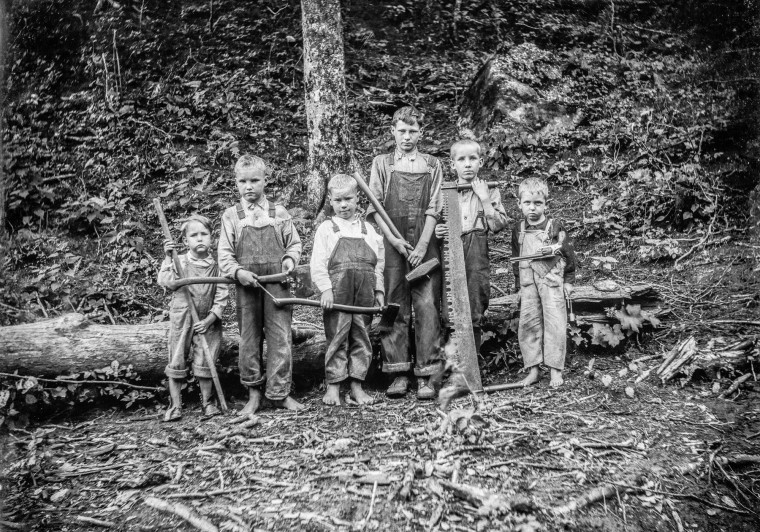 Children of the forest with their fathers’ tools, and one revolver. According to “Last Photographers,” four of these boys were members of the Mullens family of Richwood. 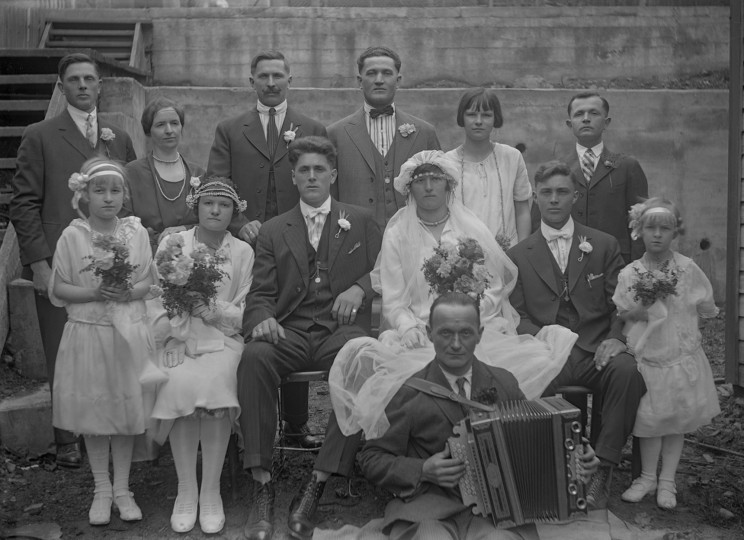 In addition to his work in the studio and in the wilderness, Finley Taylor was a wedding photographer. 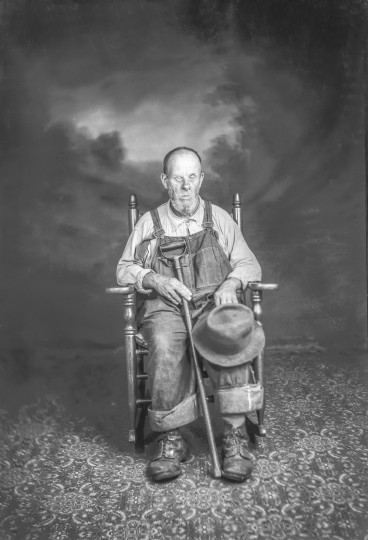 An unidentified gentleman of Richwood, W. Va. Many of the people who lived in Richwood during the boom years were immigrants from Eastern Europe and Italy. 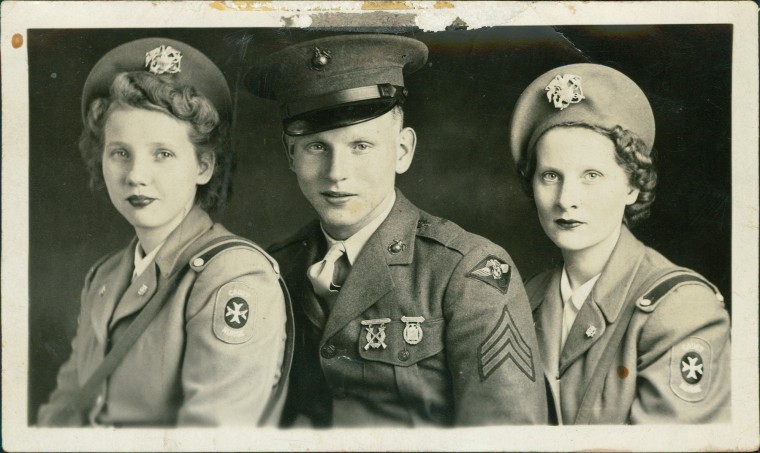 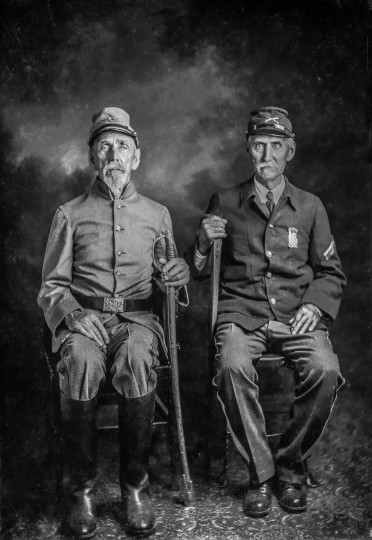 The circumstances are not completely known, but Finley Taylor somehow managed to get these veterans of opposing forces in the Civil War to pose for a photograph in his studio in Richwood, W. Va. The date is unknown. 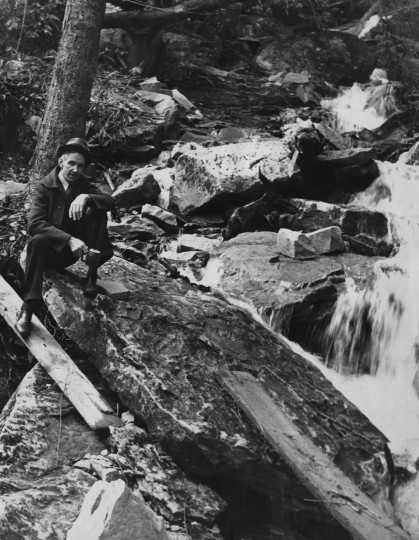 Later in his life, year unknown, Finley Taylor posed for this photograph by a cascading mountain spring. He died in 1976. 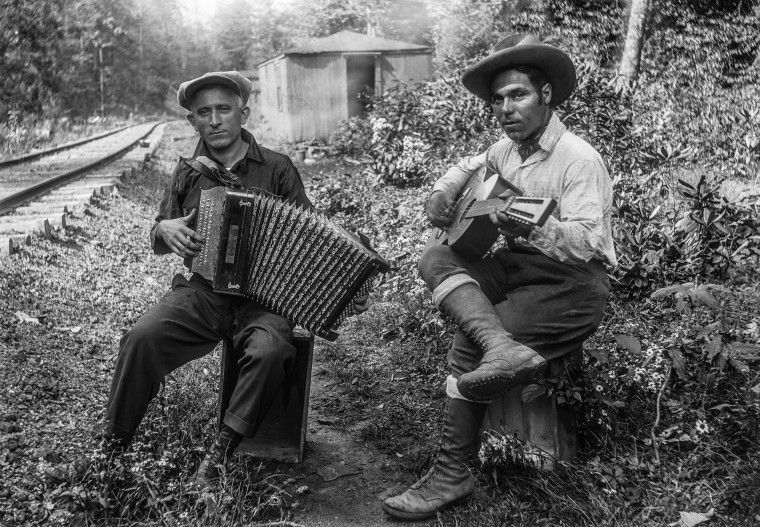 Finley Taylor took many pictures of the loggers and sawmill operators on their days off, enjoying free time in their camps. 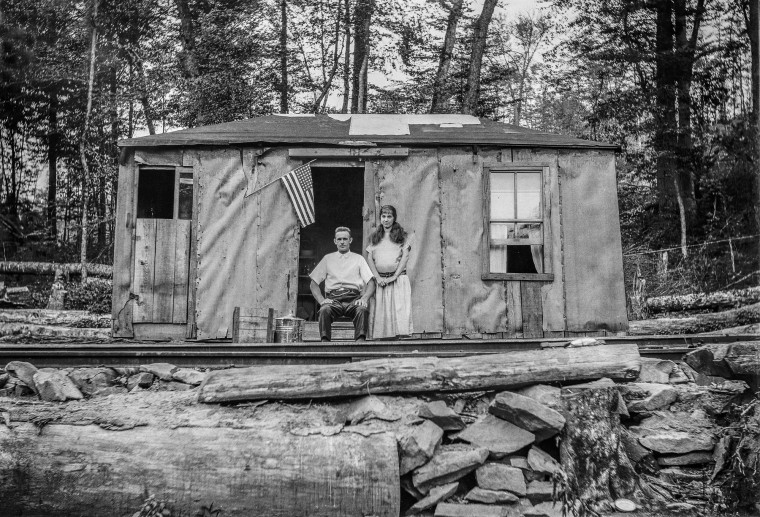 Some of the loggers’ homes were no more than shacks that could be transported on flatbed railcars.