Light For All: The Baltimore Sun at 181

Christina Tkacik 1 Comment From the Vault, The Baltimore Sun

Light for All: The credo embodied the democratic ethos of The Baltimore Sun, the city’s first “penny paper.” 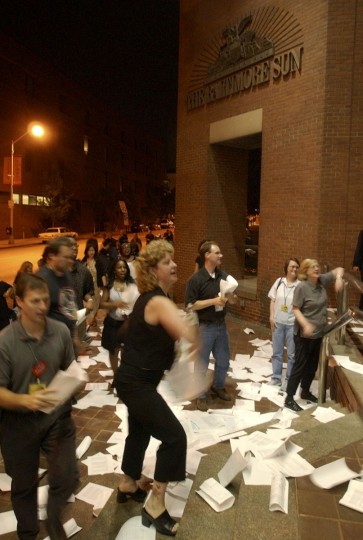 Members of the Washington-Baltimore Newspaper Guild toss copies of their new contract on the steps of the The Baltimore Sun building after voting to accept The Sun’s contract proposal late Tuesday night, June 24, 2003, in Baltimore, avoiding a possible strike. The vote was 319-102 in favor of accepting the four-year contract, according to the guild. The guild and Sun representatives negotiated for eight weeks on a contract to replace the current agreement, which was to expire at midnight Tuesday. (APPhoto/Gail Burton) 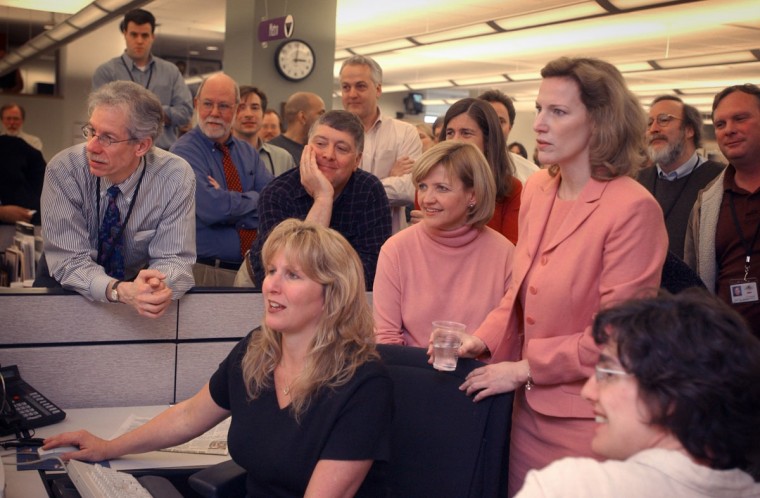 Baltimore Sun reporter Diana Sugg waits in the newsroom of The Baltimore Sun for the official announcement that she won a Pulitzer Award for beat reporting in 2003. (LLOYD FOX/Baltimore Sun) 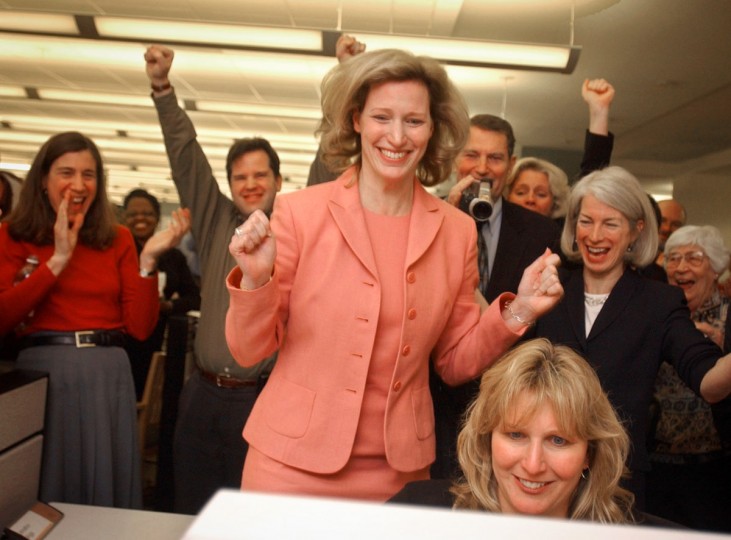 Baltimore Sun reporter Diana Sugg reacts in the newsroom of The Baltimore Sun after it is officially announced that she won a Pulitzer Award for beat reporting in 2003. (LLOYD FOX/Baltimore Sun) 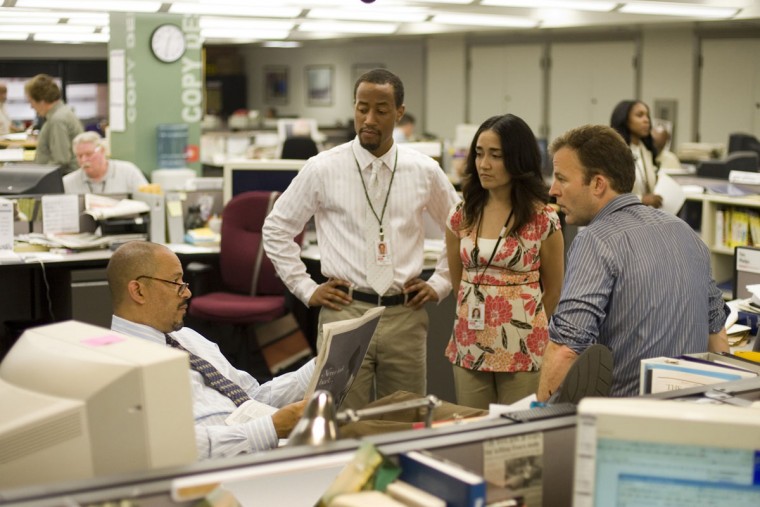 In this photo released by HBO, (from left) actors Clark Johnson, Brandon Young, Michelle Paress, and Tom McCarthy in a scene from “The Wire.” For its fifth and final season, “The Wire” ventured into a replica newsroom of The Sun, Baltimore’s newspaper of record, where executive producer and lead writer David Simon worked for 13 years as a police reporter before he took a buyout in 1995. (AP Photo/Paul Schiraldi, HBO) 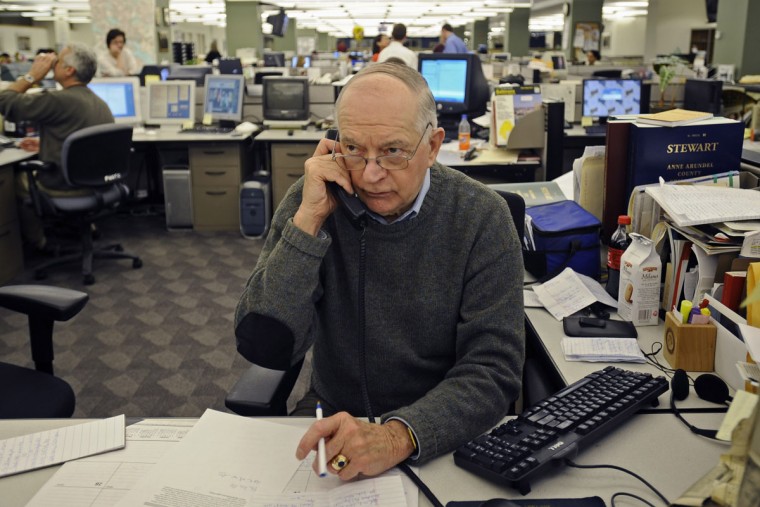 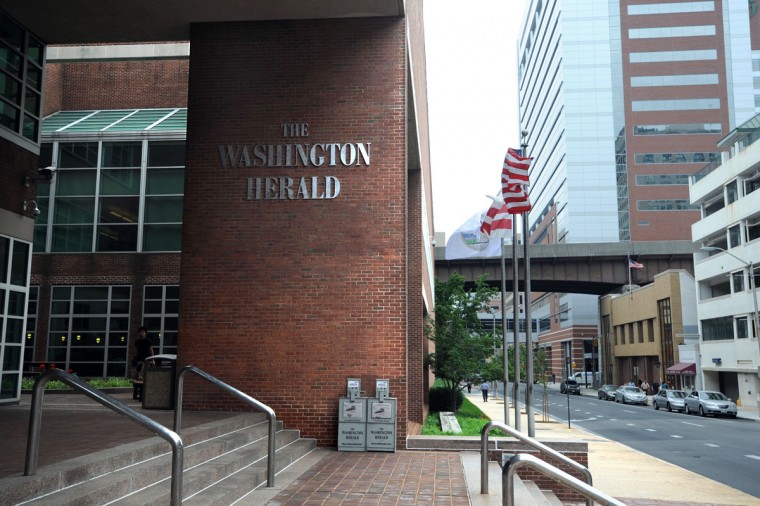 Parts of the Baltimore Sun building are being used for filming of the Netflix show “House Of Cards.” This view shows the Sun building looking south on Calvert Street with “The Washington Herald” on the column and on the newspaper boxes. (Baltimore Sun photo by Barbara Haddock Taylor) 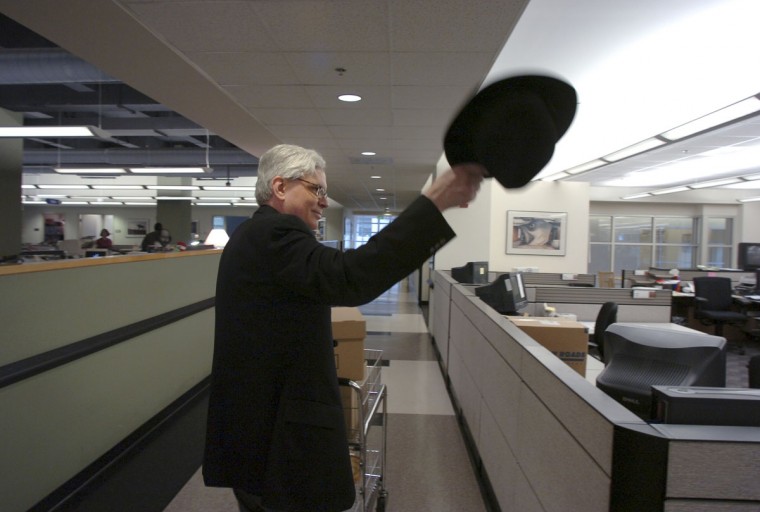 The Baltimore Sun’s copy desk chief, John McIntyre, leaves the newsroom with his personal belongings. He was laid off in 2009 as one of 61 cut from the newsroom. McIntyre would later be re-hired by The Sun. (Jerry Jackson/Baltimore Sun) 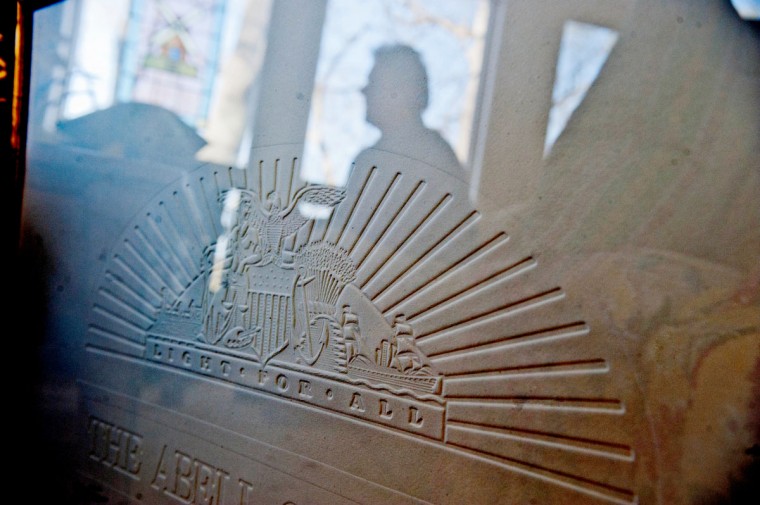 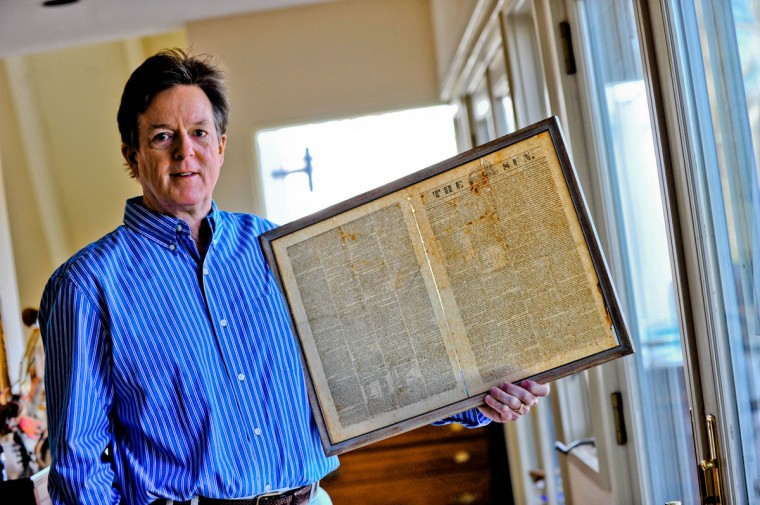 Kevin Abell, pictured here in 2012, had passed down to him one of the first printed editions of The Sun. Of the many descendants of The Sun’s founder and inspiration, Arunah S. Abell, only one — travel consultant Kevin Abell, 58 — both lives in Baltimore and has a direct connection to journalism (he was a Sun reporter from 1977-1987). (Baltimore Sun photo by Monica Lopossay) 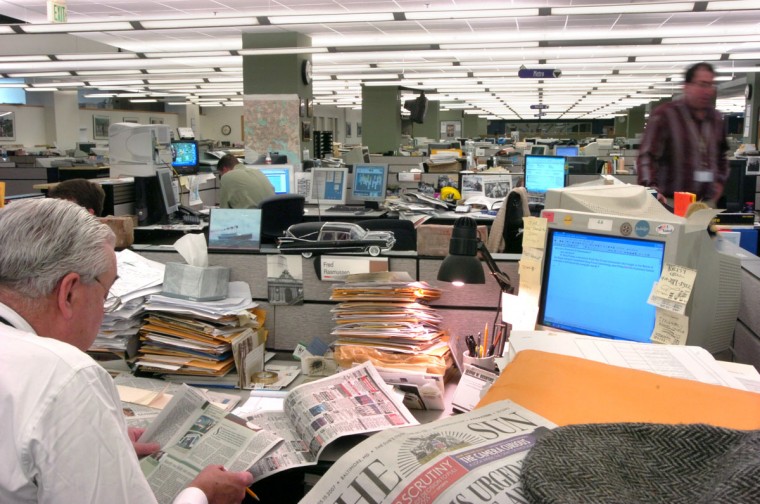 A view of The Baltimore Sun building at 501 N. Calvert Street on March 1, 1996. (Photo by Perry Thorsvik/Staff) 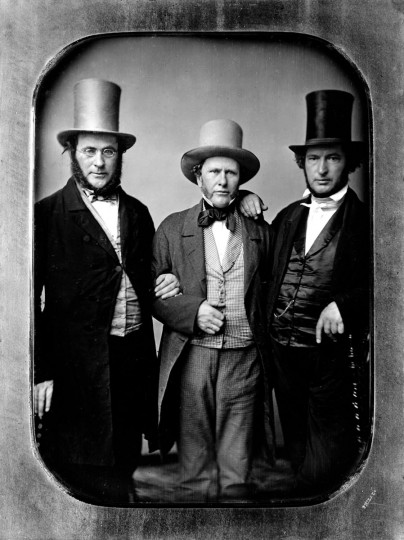 Arunah S. Abell, founder of The Sun, and his partners Azariah H. Simmons, left, and William M. Swain, right. This was taken in 1836 when they established the Philadelphia Public Ledger. (File photo) 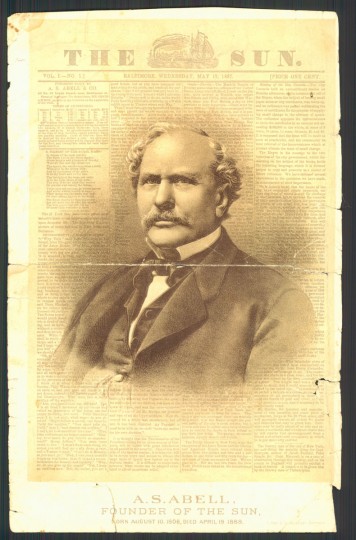 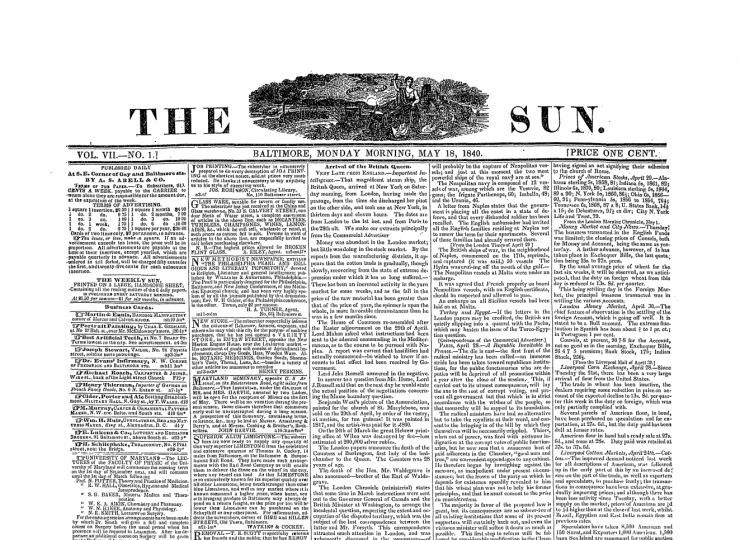 The Baltimore Sun’s slogan “Light For All” first appeared in the paper on May 18, 1840. 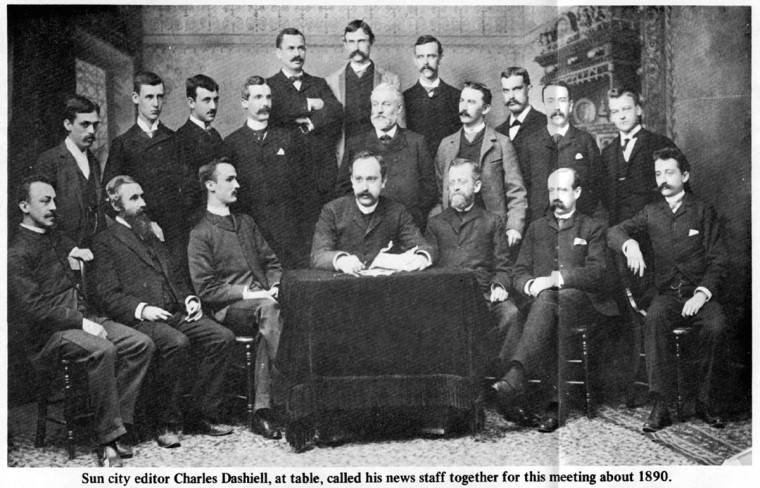 Baltimore Sun city editor, Charles Dashiell, at table, called his news staff together for this meeting in 1890. 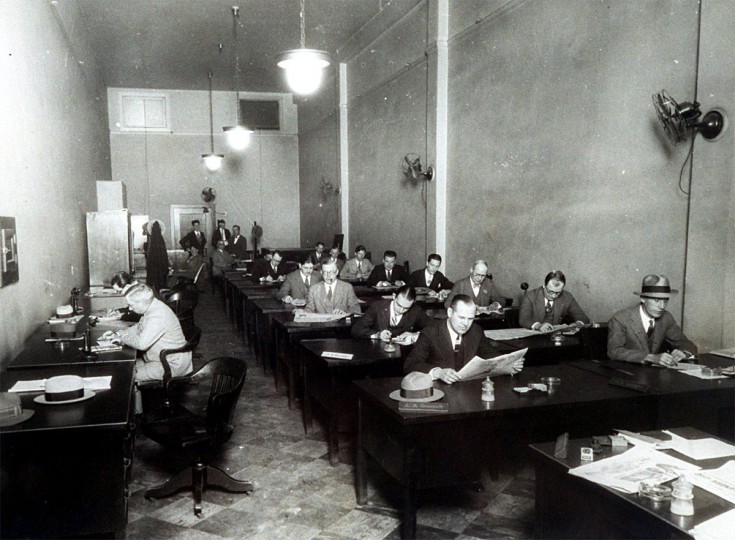 The Baltimore Sun Building is pictured at Baltimore and Charles Streets around 1929. 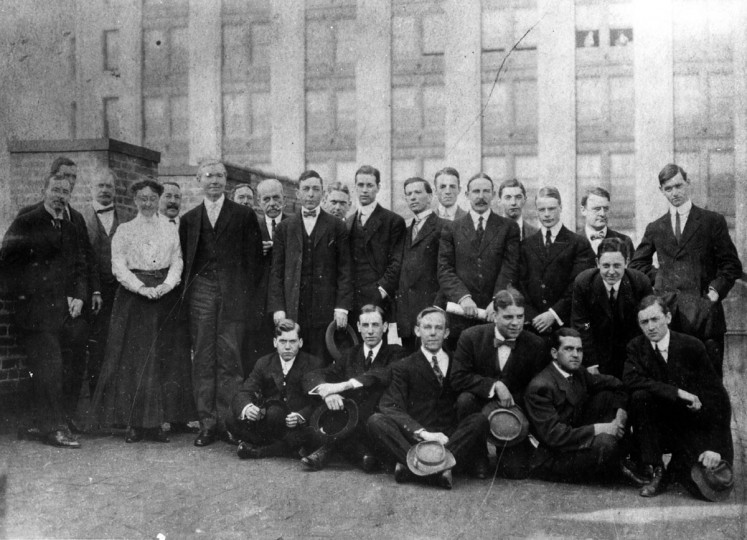 Sun Staff are pictured on the roof of the Sun Building at Baltimore and Charles in 1907. 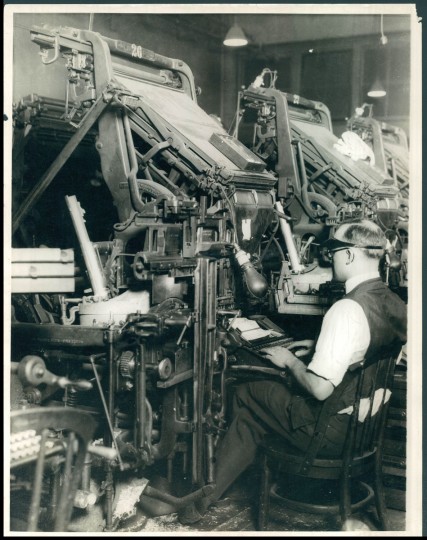 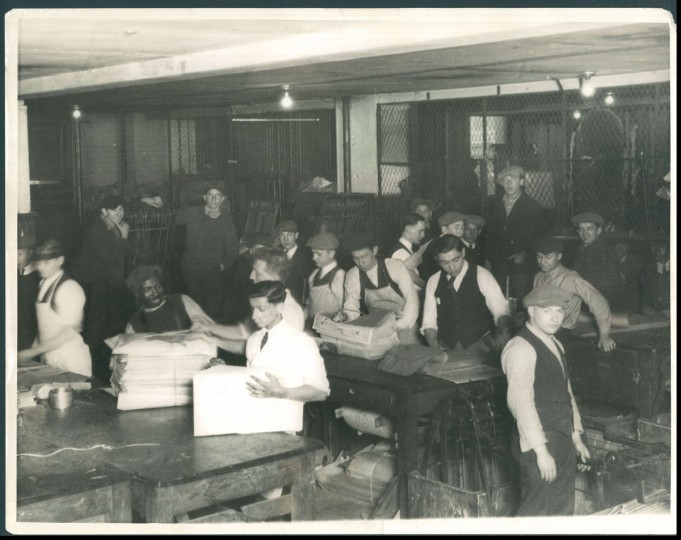 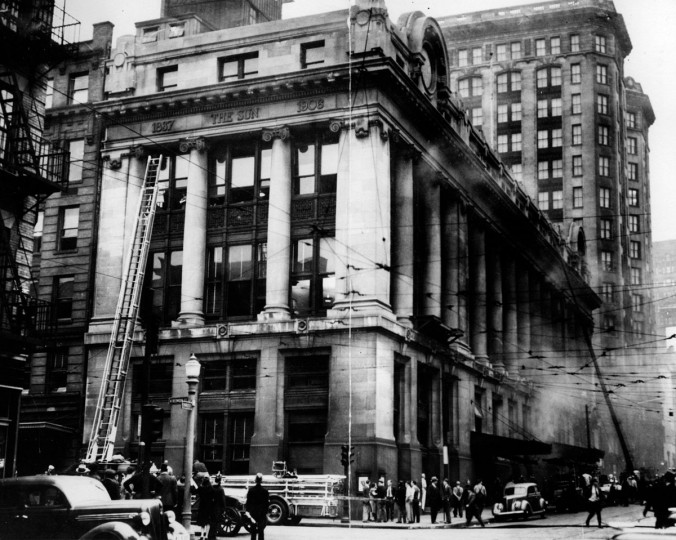 The Sunpapers Building on Old Baltimore and Charles streets was damaged by fire on Sept 29, 1939. (Sun file photo) 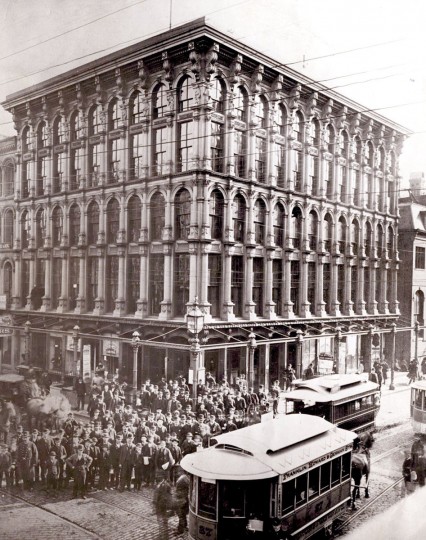 “The Sun Iron Building” is pictured on the southeast corner of Baltimore and South streets in 1939. 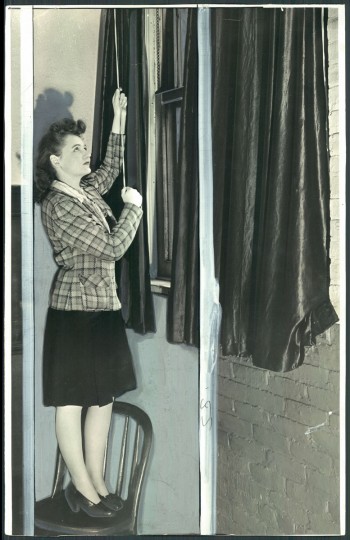 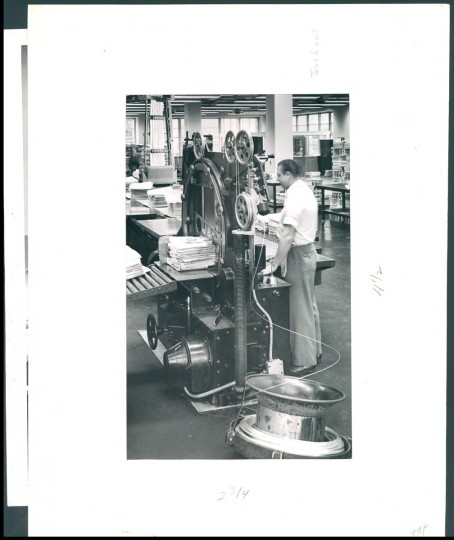 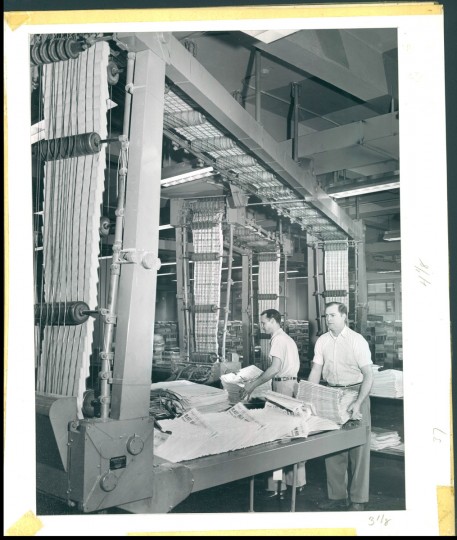 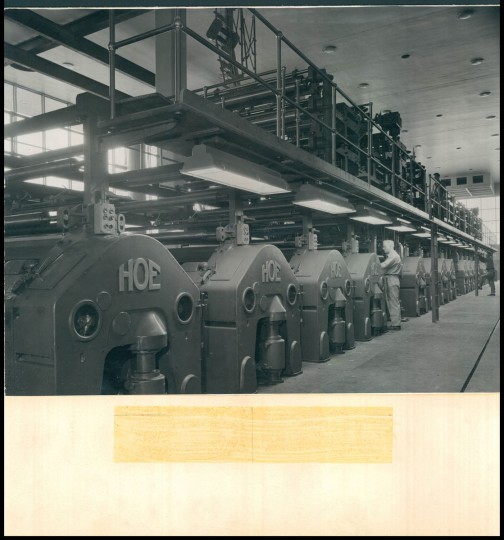 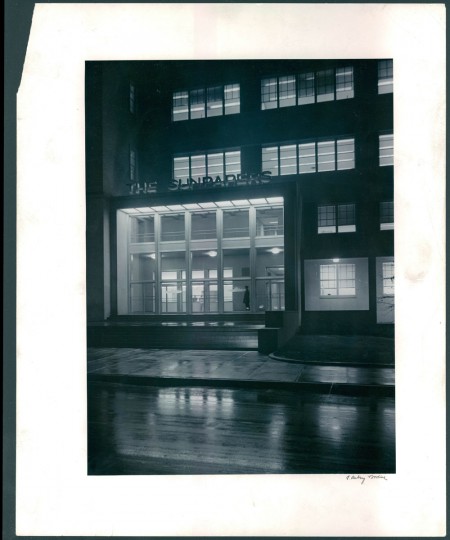 The Sun building is pictured in 1951 (A. Aubrey Bodine/Baltimore Sun) 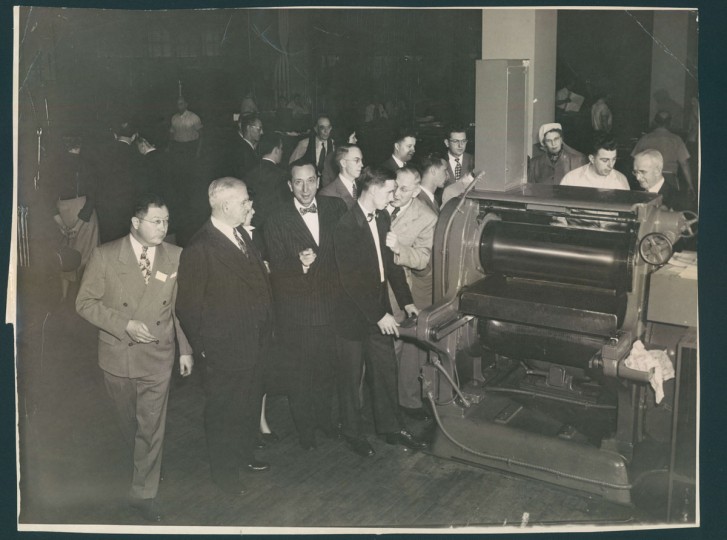 Touring the new Sun Building in 1951. 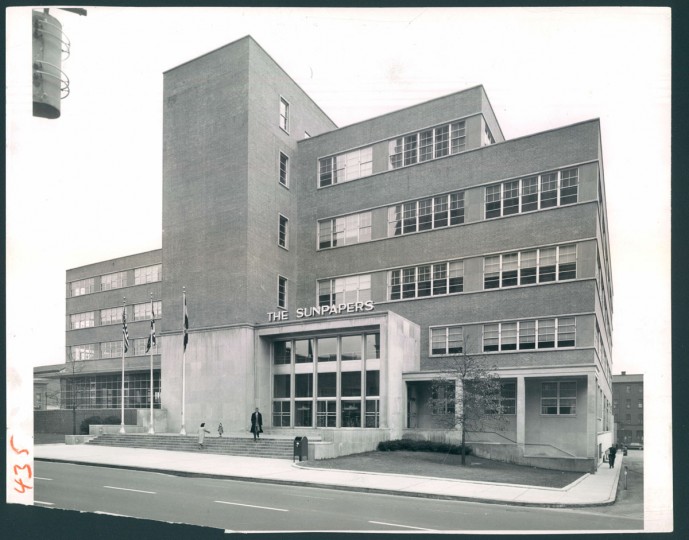 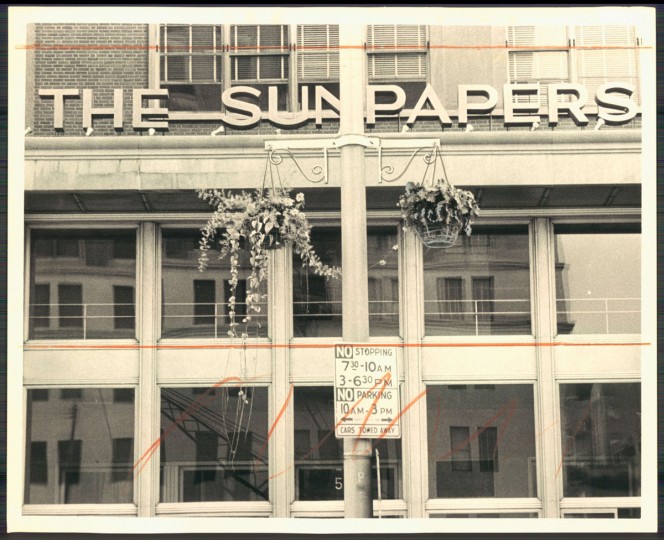 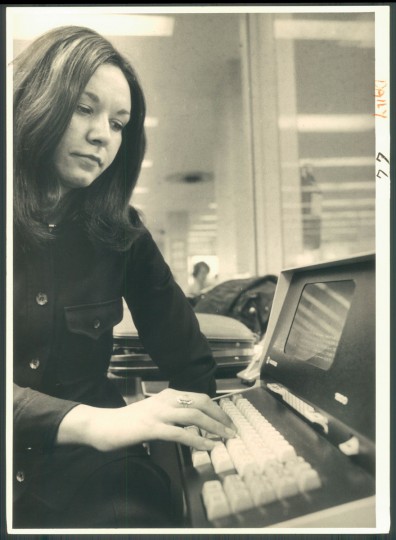 An early computer system at The Baltimore Sun, pictured here in 1975. 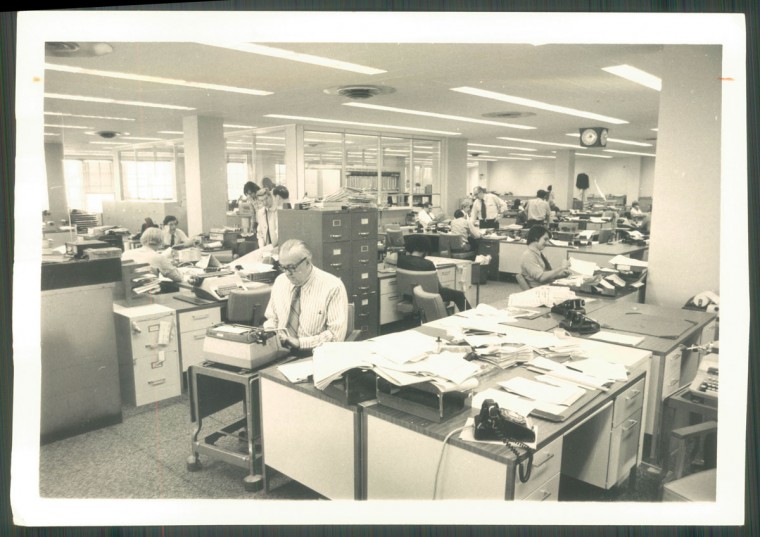 The Baltimore Sun newsroom in 1975

The Sun was for laborers, for merchants and everyone in between. It would provide knowledge and useful information – and amusement, too.

That was the gist of the note from editors of The Sun in the inaugural issue, May 17, 1837, addressed “TO THE PUBLIC.” Certainly, the city already had newspapers. But they were too expensive for everyday people to afford.

The Sun editors, led by founder Arunah S. Abell, heralded the virtues of “The Penny Press,” which had already succeeded in enlightening the masses in England, New York and Philadelphia. It would now do so in Baltimore.

“Our object will be the common good, without regard to that of sects, factions, or parties; and for this object we shall labor without fear or partiality. The publication of this paper will be continued for one year at least…”

The motto “Light For All” didn’t actually appear on the masthead until May 18, 1840.

In that issue, the editors reflected on The Sun’s “enviable position” among the ranks of the country’s newspapers. In just three years it had become the third most widely-circulated paper in the nation, and the largest of any south of the Mason-Dixon line.

In short, the penny paper bet paid off.

« Fidget spinners, the hit toy that spun out of nowhere » Under the sea, wine matures over the course of a year