Across the county Wednesday, public ceremonies, private remembrances, and impromptu selfies marked the 75th anniversary of the surprise attack on Pearl Harbor that pushed the United States into World War II. 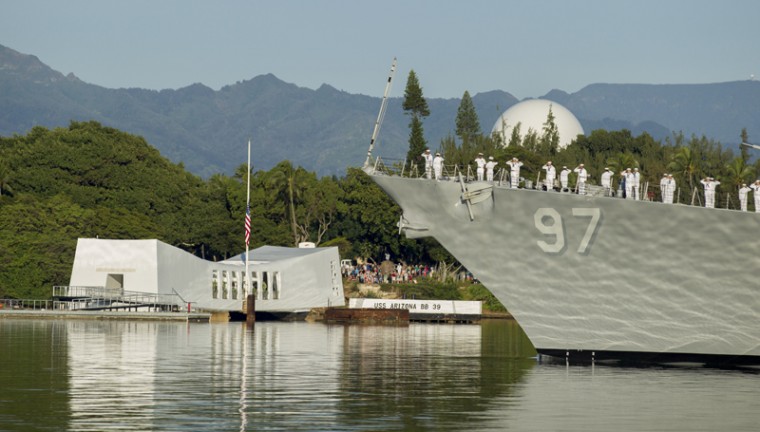 The USS Halsey passes before the USS Arizona Memorial during a moment of silence at Joint Base Pearl Harbor-Hickam, Wednesday, Dec. 7, 2016, in Honolulu. (Eugene Tanner/AP) 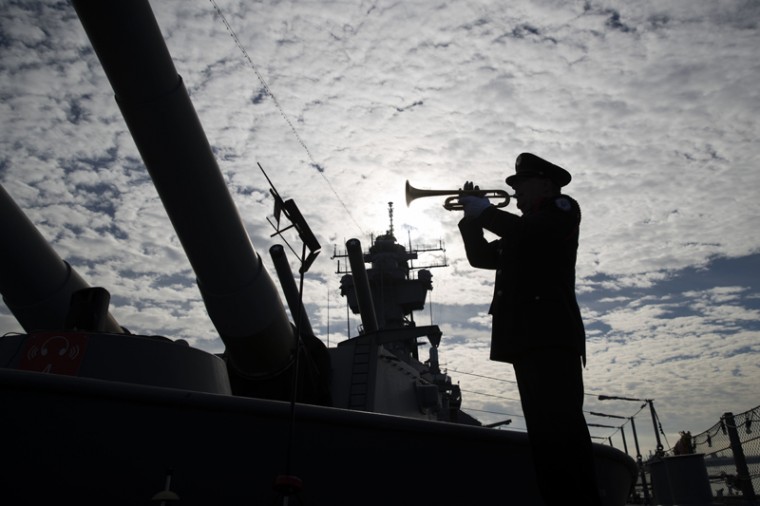 On board The Battleship New Jersey Museum and Memorial in Camden, N.J., Greg Murphy plays the Navy Hymn during a ceremony commemorating the 75th anniversary of the Dec. 7, 1941, Japanese attack on Pearl Harbor. (AP Photo/Matt Rourke) 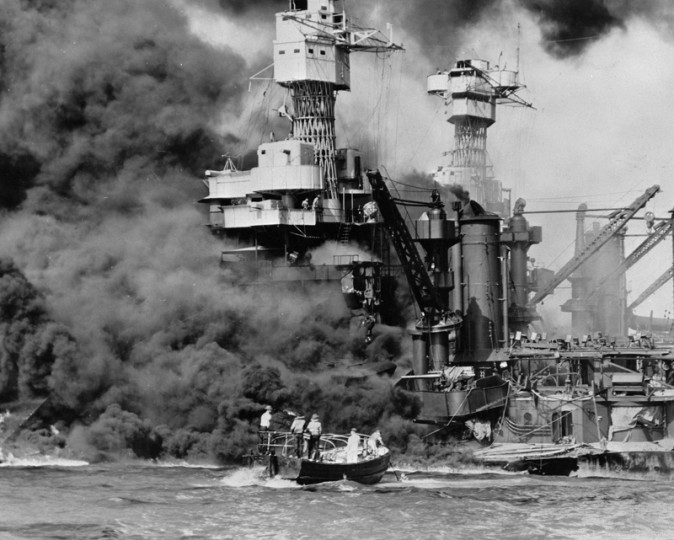 In this Dec. 7, 1941, photo made available by the U.S. Navy, a small boat rescues a seaman from the USS West Virginia burning in the foreground in Pearl Harbor, Hawaii, after Japanese aircraft attacked the military installation. (U.S. Navy via AP, File) 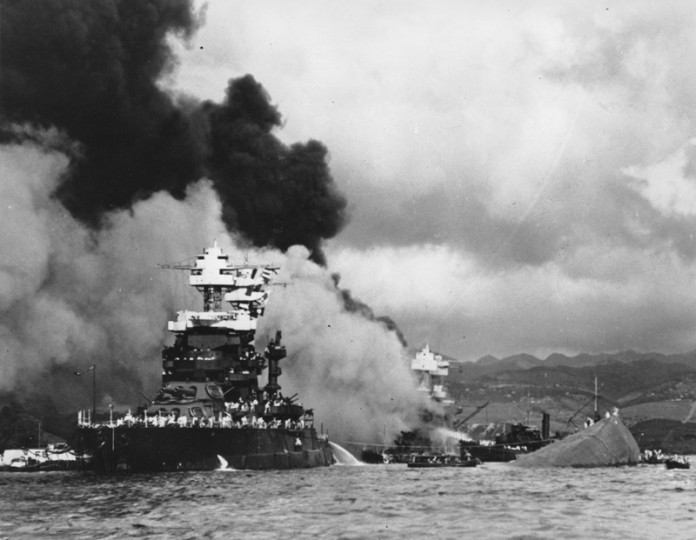 In this Dec. 7, 1941, file photo, part of the hull of the capsized USS Oklahoma is seen at right as the battleship USS West Virginia, center, begins to sink after suffering heavy damage, while the USS Maryland, left, is still afloat in Pearl Harbor, Oahu, Hawaii. (AP Photo/U.S. Navy, File) 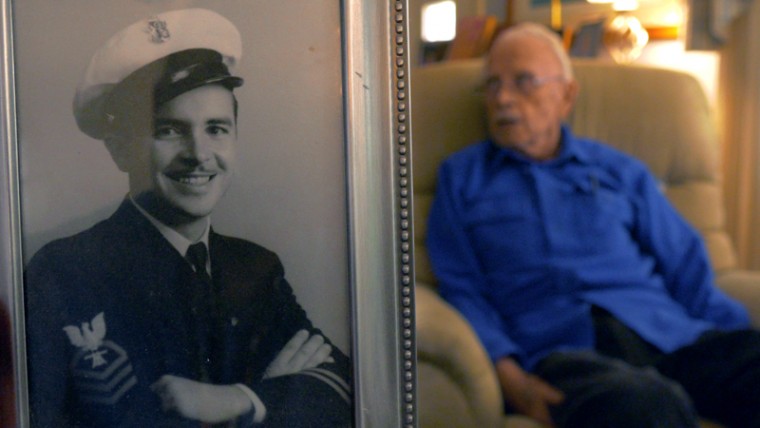 A portrait of Robert Van Druff is in foreground while the elder speaks about his experience aboard the destroyer USS Aylwin when it was attacked 75 years ago, on Dec. 7, 1941, sparking U.S. involvement in World War II. (Karl Merton Ferron/Baltimore Sun) 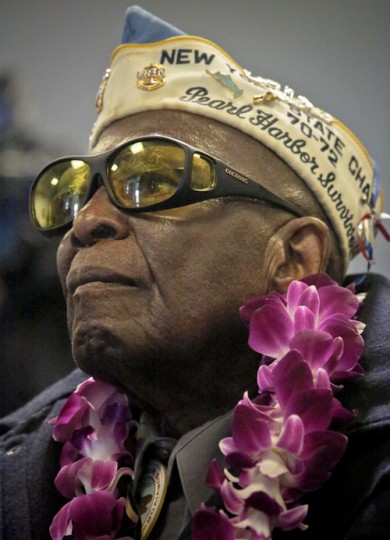 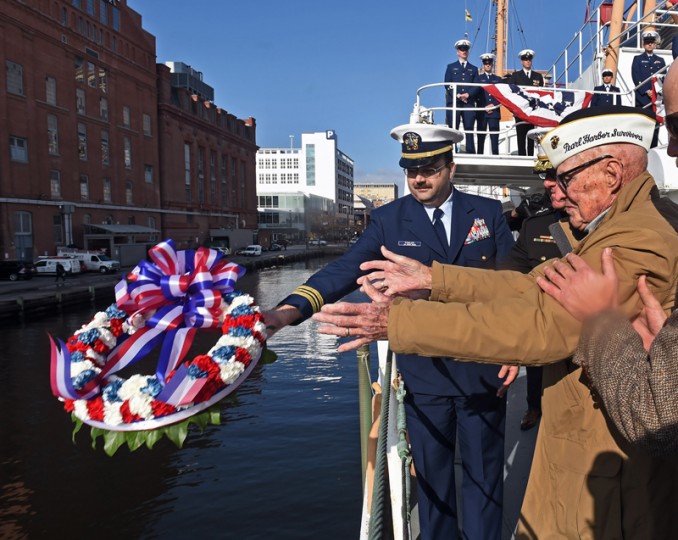 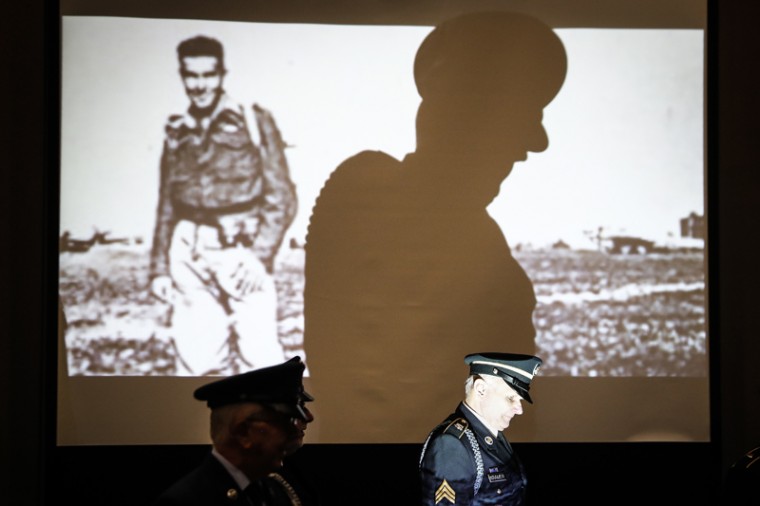 Honor guard members pass a projection of old photos depicting American soldiers during a ceremony at the Sharonville Convention Center to commemorate the 75th anniversary of the Dec. 7, 1941 attack on Pearl Harbor, Wednesday, Dec. 7, 2016, in Cincinnati. (John Minchillo/AP) 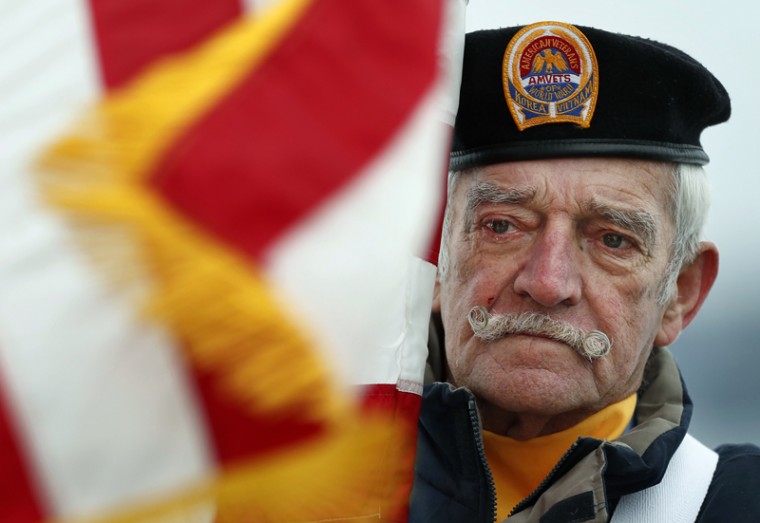 Bill Kiley, a flag bearer of the color guard, participates in a Dec. 7, 2016, ceremony in Portland, Maine, honoring those who died in the 1941 attacks on Pearl Harbor. Kiley served in the Navy from 1954-1958, at the end of the Korean War. (Robert F. Bukaty/AP) 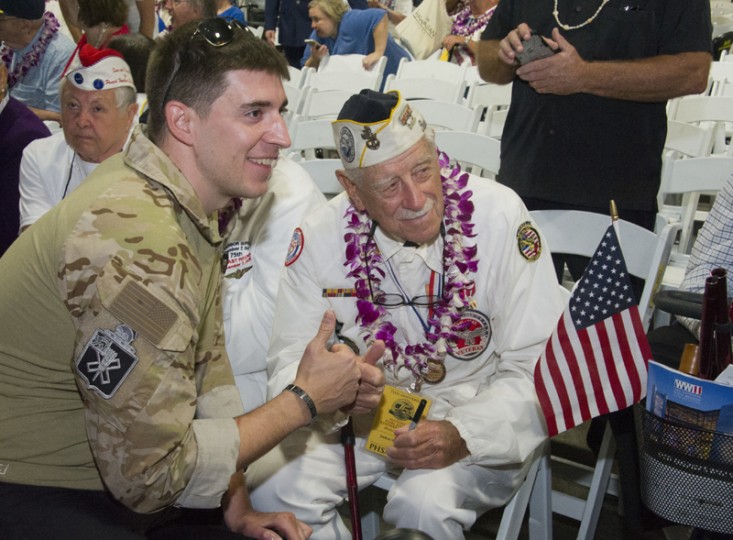 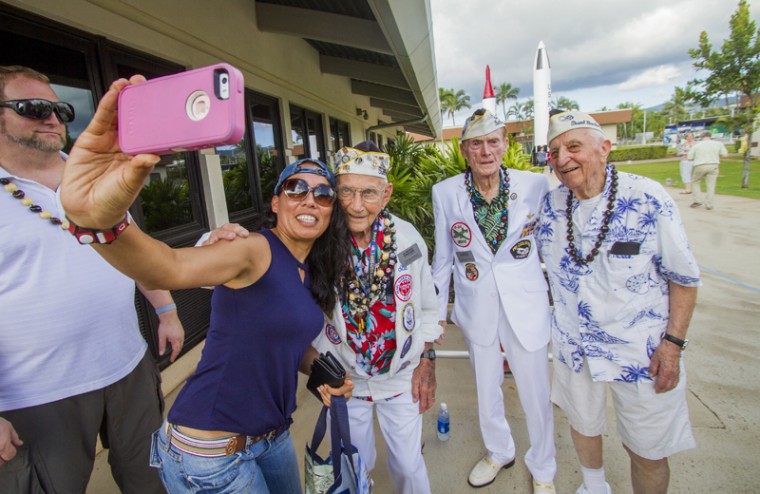 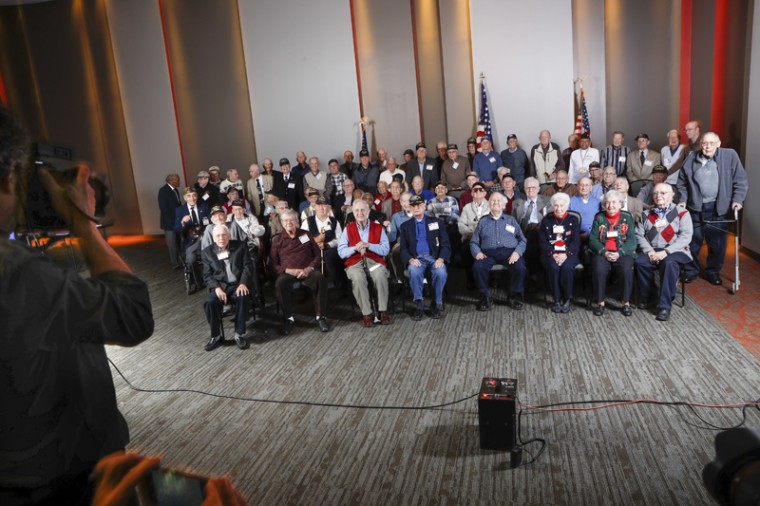 World War II veterans gather for a group photo during a ceremony at the Sharonville Convention Center to commemorate the 75th anniversary of the Dec. 7, 1941 attack on Pearl Harbor, Wednesday. Dozens of veterans gathered in in Cincinnati to share a meal and be honored for their service. (John Minchillo/AP) 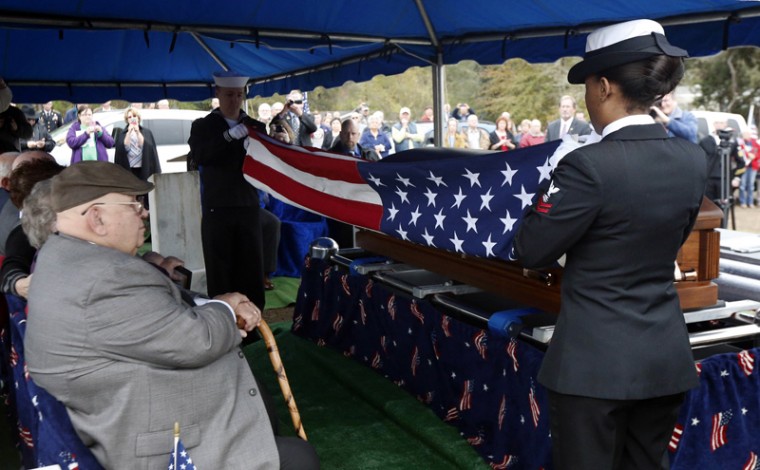 A Navy honor guard folds the American flag covering the casket of Navy Fireman First Class Jim H. Johnston, during graveside services at Wesson City Cemetery in Wesson, Miss., Wednesday, Dec. 7, 2016. Johnston was one of 429 casualties aboard the USS Oklahoma that capsized quickly after sustaining damage from several torpedoes during the Dec. 7, 1941 attack at Pearl Harbor. Most of the dead were never identified. (Rogelio V. Solis/AP) 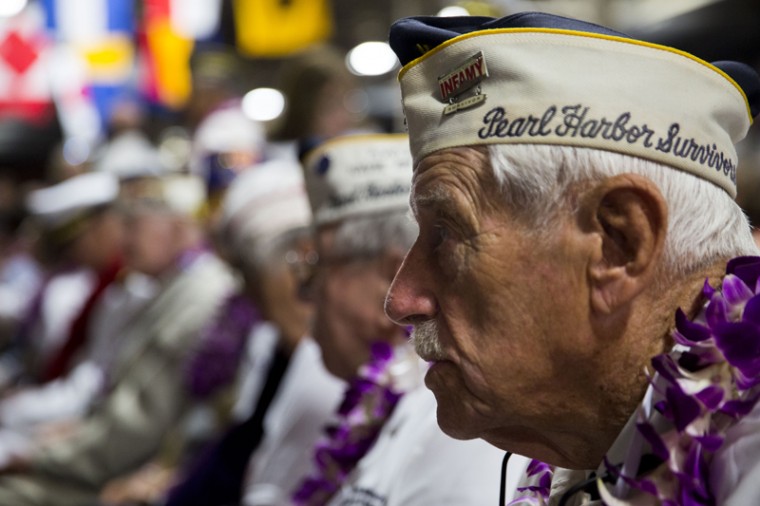 Pearl Harbor survivor Dalton Walling sits with other survivors at Kilo Pier in Honolulu before the start of a ceremony commemorating the 75th anniversary of the attack on Pearl Harbor. (Kent Nishimura/Getty Images)