From the vault: The Orioles win the 1966 World Series

Yesterday marked the 50th anniversary of the Orioles’ first-ever World Series win, over the Dodgers. As The Sun’s Mike Klingaman writes, the victory brought an evening of serious celebration to the streets of Baltimore. 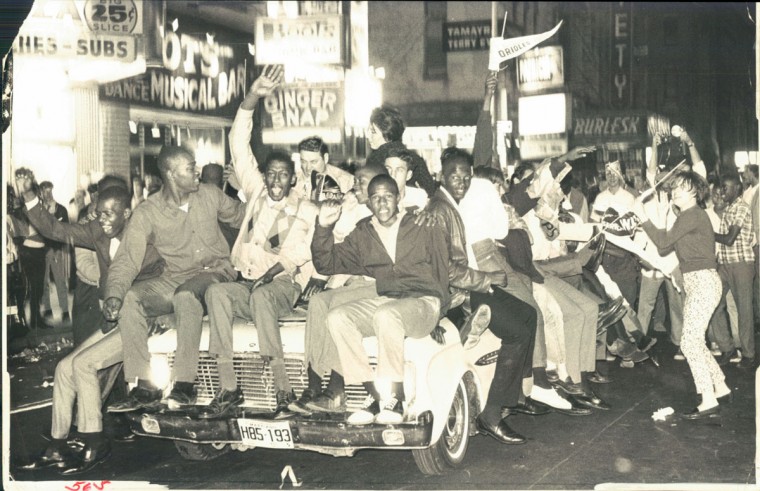 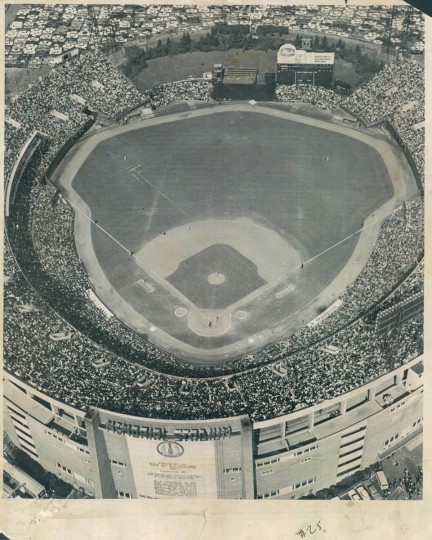 October 9, 1966 – FULL HOUSE — The full 54,415 fans at Memorial Stadium yesterday was the largest ever to see a baseball game there. (Robert F. Kniesche/Baltimore Sun) 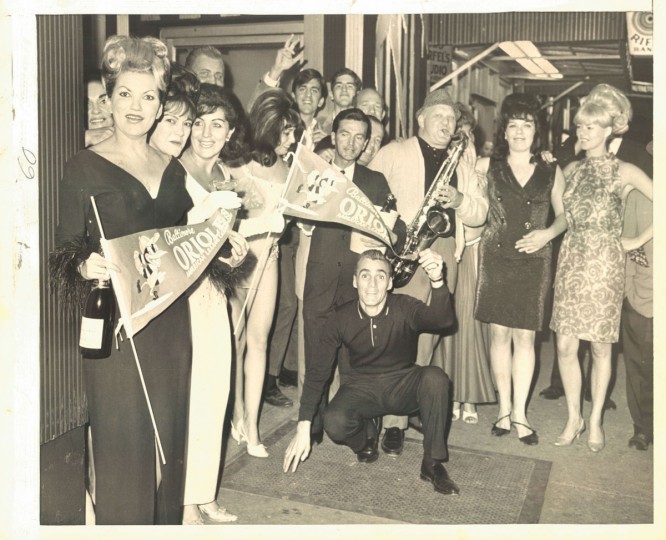 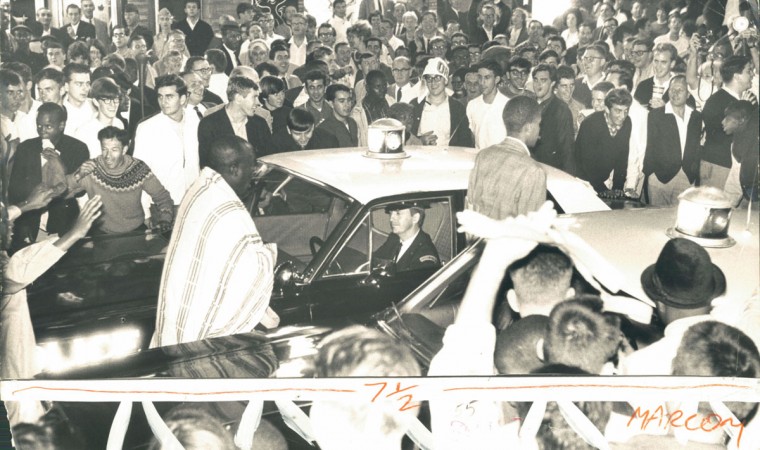 October 10, 1966 – Jubilant Orioles fans around Baltimore Street as police car squeezes through. Many began rocking the car, but the officer kept smiling all the time. (William L. LaForce/Baltimore Sun) 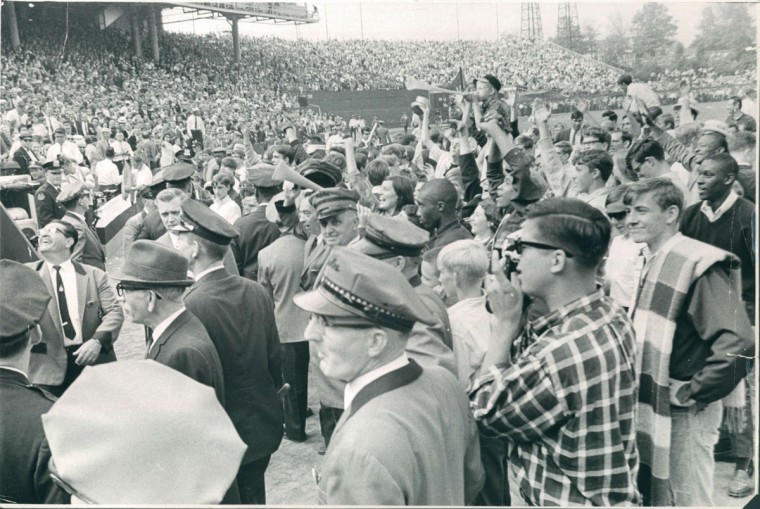 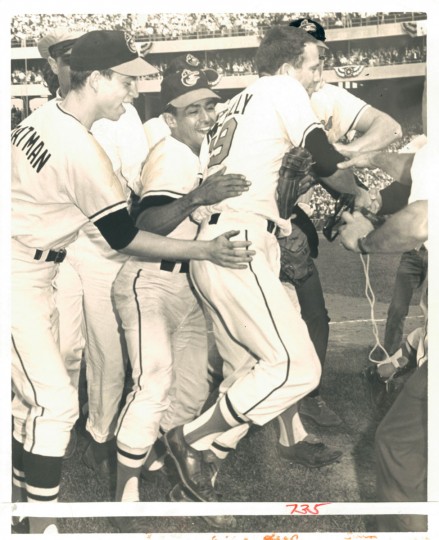 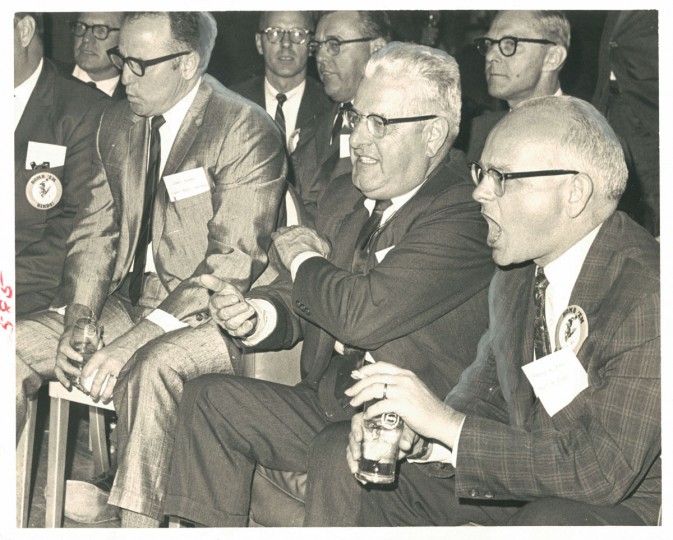 October 5, 1966: COME ON BIRDS Orioles roofers pull hard for their team as they took in the 5-2 victory over the Dodgers on television at a bird watchers party at the Sheraton Belvedere Hotel. (Richard Childress/Baltimore Sun) 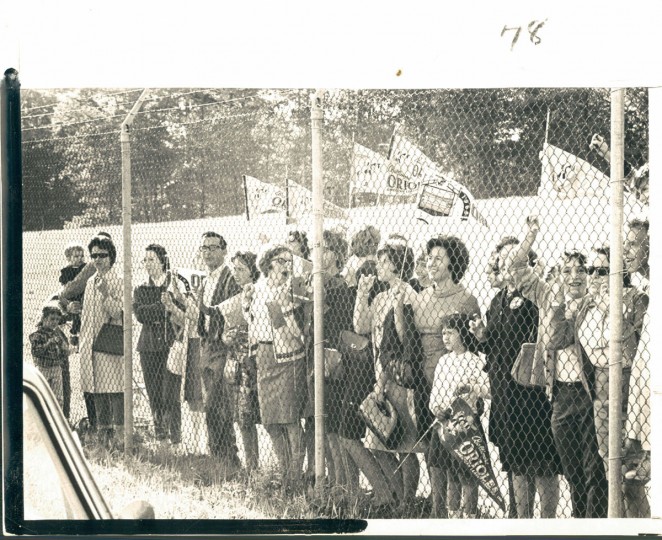 On October 4, 1966, days before the win, fans had gathered at Friendship Airport to give the Orioles a sendoff on their way to Los Angeles. (William L. LaForce / Baltimore Sun) 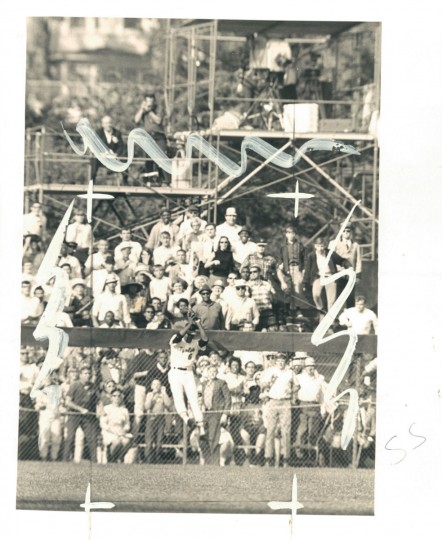 “Remember the photo?” The Sun’s Mi Third baseman Brooks Robinson jumps at least 3 feet into the air as catcher Andy Etchebarren rushes the mound to embrace a wide-eyed, incredulous McNally. The underdog Orioles have swept Los Angeles, holding the defending champs scoreless for the last 33 innings, including a Series-record three straight shutouts. Frank Robinson ends the classic as he began, with a solo home run, and is named Most Valuable Player. Moreover, the Orioles play error-free ball. ‘They didn’t make any mistakes, not one,’ Dodgers pitcher Don Drysdale says. ‘Their whole team played like hell.’ Paul Blair catch in 8th inning, October 10, 1966. (Paul Hutchins/Baltimore Sun) 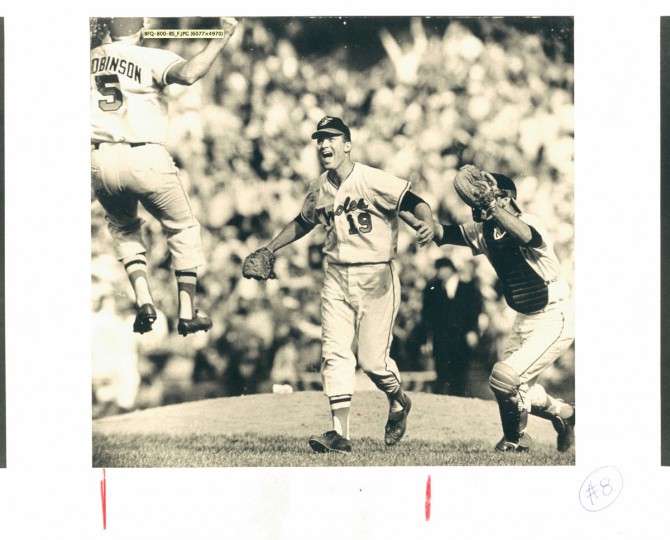 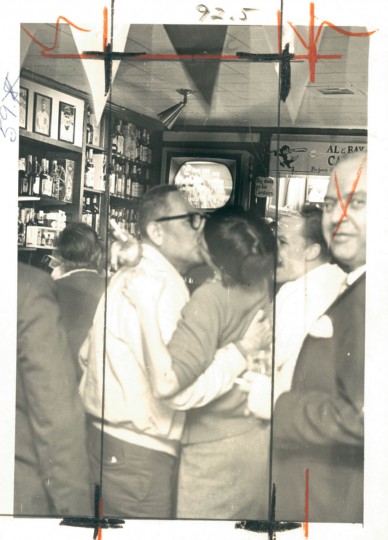 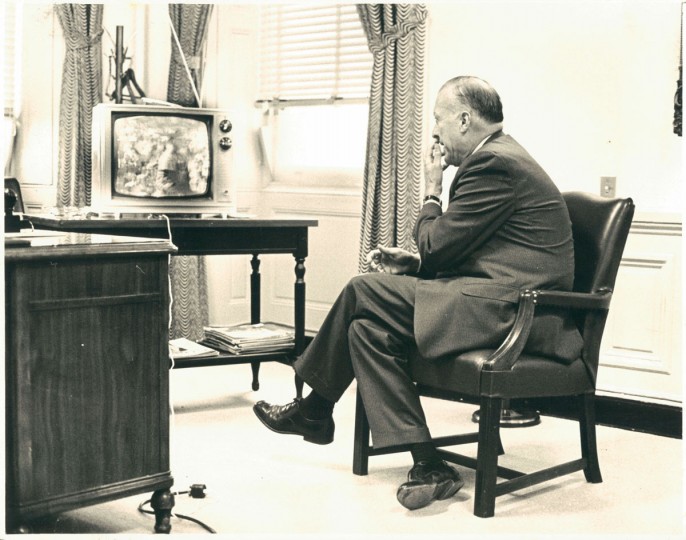 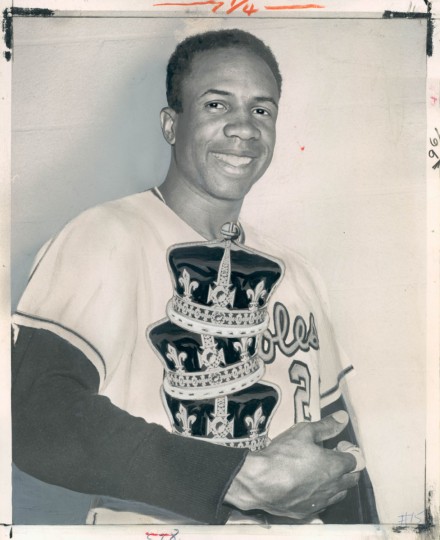 Photo of Frank Robinson dated October 3, 1966. Robinson had joined the team earlier that year and nearly left the city after growing frustrated with racism he faced while trying to find housing for his family in Baltimore. (Baltimore Sun)

Sports reporter Klingaman remembers the revelry that followed the win on October 9, 1966:

“Outside, Baltimoreans take to the streets. Confetti flies, horns blare and firecrackers explode as fans run amok shouting, ‘Birds! Birds! Birds!’ A Dodgers pennant is burned in the street, ignored by police who patrol in cars bedecked with orange Orioles flags and stickers.

City Hall rings its bell 66 times. Through it all, The Sun reports, ‘Blacks and whites demonstrated together, shook hands and smiled.'”

As 1966 Orioles return for World Series anniversary, players and fans look back and smile