More than 100 were killed and hundreds more injured in a magnitude 6 earthquake before dawn in central Italy. In the mountainside villages around the epicenter, scores of buildings were reduced to rubble. “The town isn’t here anymore,” said Sergio Pirozzi, the mayor of Amatrice. Swaying could be felt some 60 miles away in Rome. 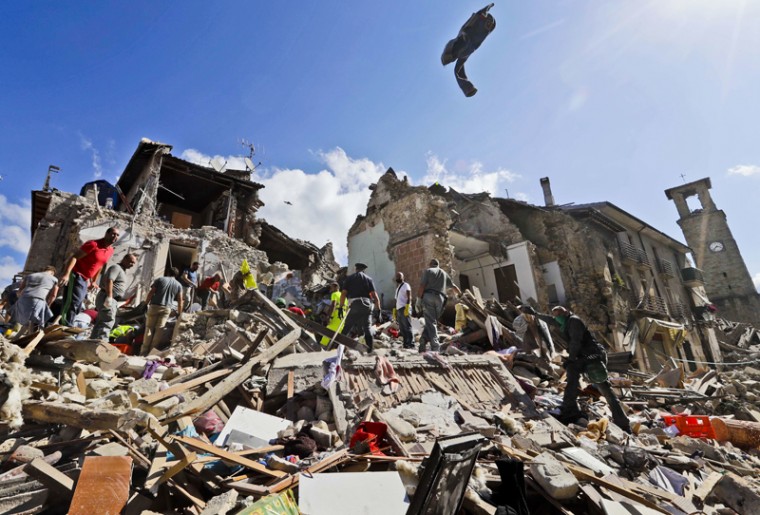 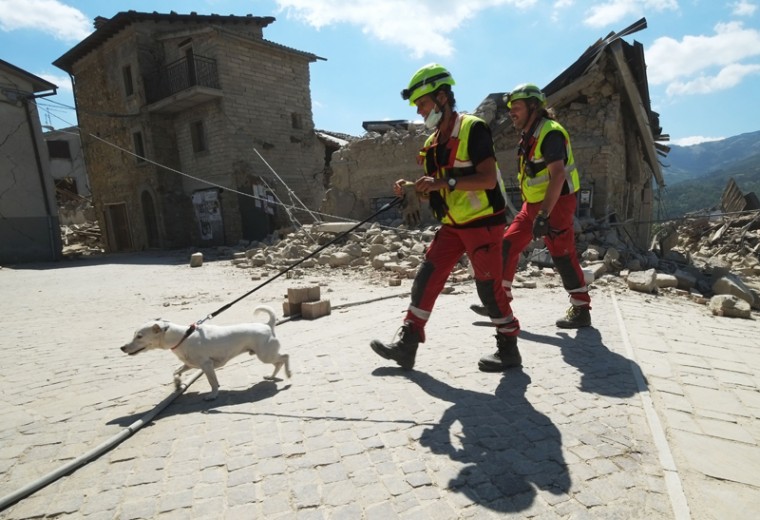 Rescuers walk with a dog past damaged buildings in a street in the central Italian village of Illica, near Accumoli, on Wednesday after a powerful earthquake rocked central Italy. (MARIO LAPORTA/AFP/Getty Images) 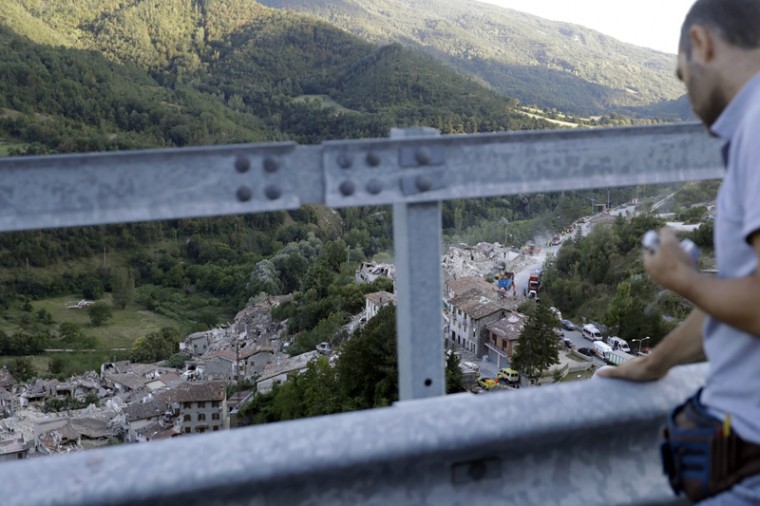 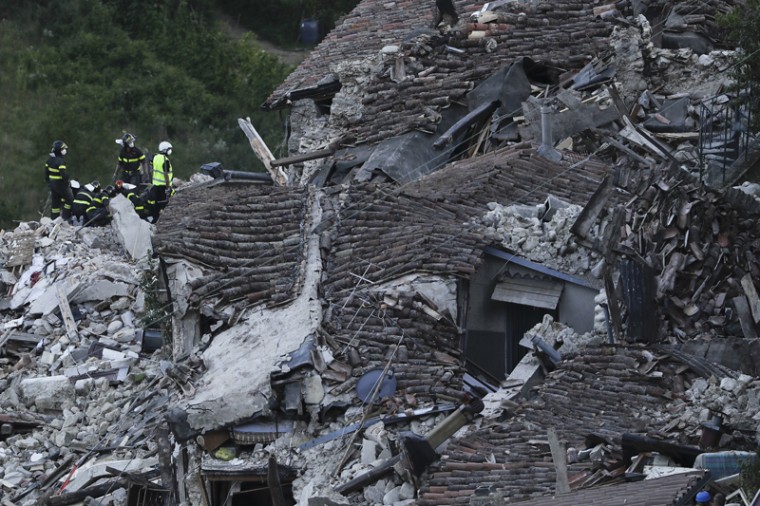 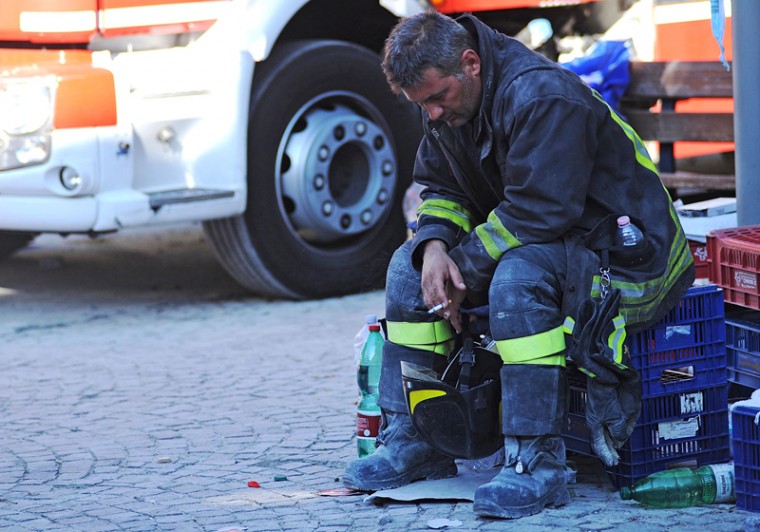 A firefighter takes a rest in the central Italian village of Amatrice on Wednesday after a powerful earthquake rocked central Italy. The powerful pre-dawn earthquake devastated mountain villages in central Italy, leaving at least 73 people dead, dozens more injured or trapped under the rubble and thousands temporarily homeless. Scores of buildings were reduced to dusty piles of masonry in communities close to the epicenter of the pre-dawn quake. (MARCO ZEPPETELLA/AFP/Getty Images ) 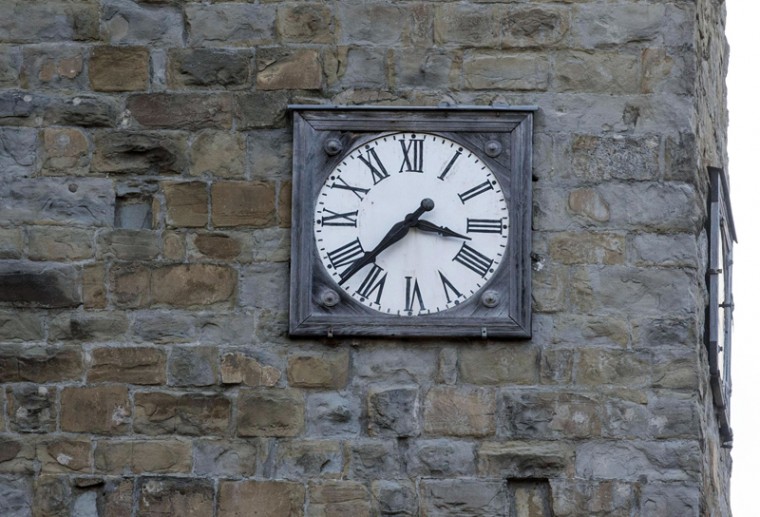 A clock is stopped between half past three and quarter ’til four, the time an earthquake struck central Italy on Wednesday morning. (Massimo Percossi/ANSA via AP) 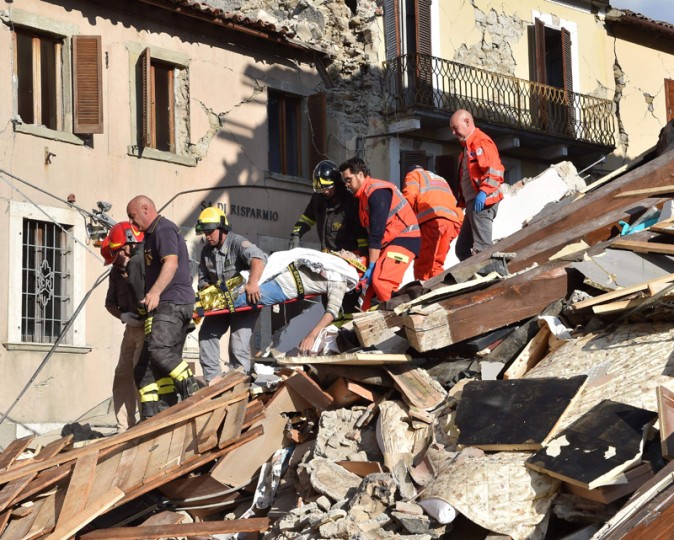 Rescuers carry a man on a stretcher after a strong earthquake hit central Italy, in Arquata del Tronto on Wednesday. (STR/AFP/Getty Images) 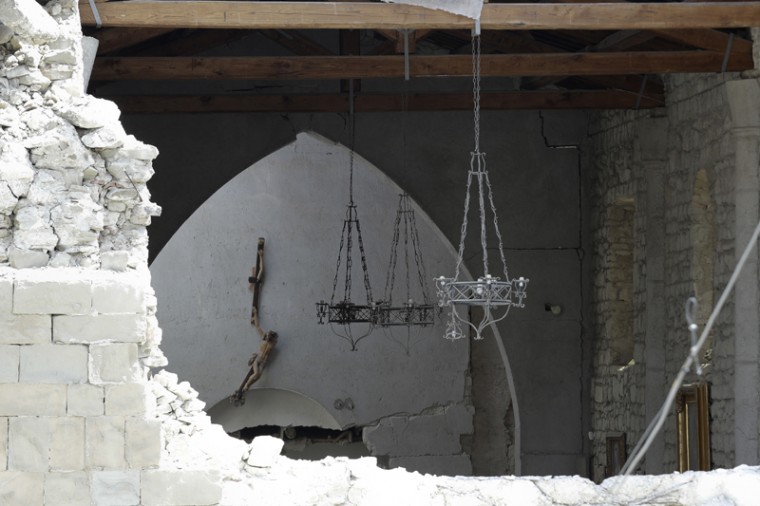 A broken crucifix hangs from a wall of the church of Accumoli, central Italy, following an earthquake Wednesday. The magnitude 6 quake struck at 3:36 a.m. and was felt across a broad swath of central Italy, including Rome, where residents of the capital felt a long swaying followed by aftershocks. (Andrew Medichini/AP) 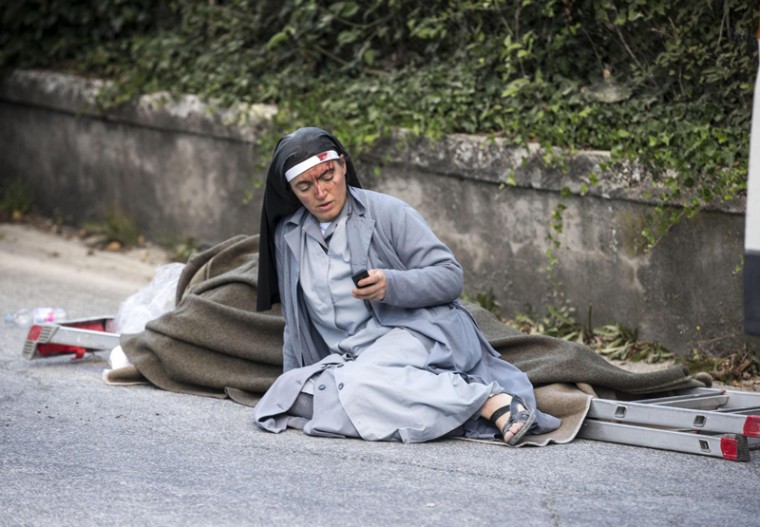 A nun checks her mobile phone as she lies near a ladder following an earthquake in Amatrice, Italy, on Wednesday. (Massimo Percossi/ANSA via AP) 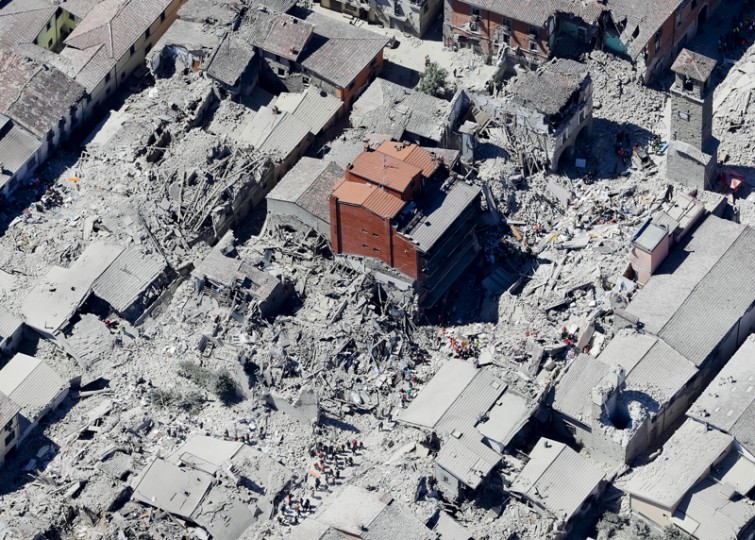 This aerial photo shows the historical part of the town of Amatrice, central Italy, after an earthquake Wednesday. (Gregorio Borgia/AP)