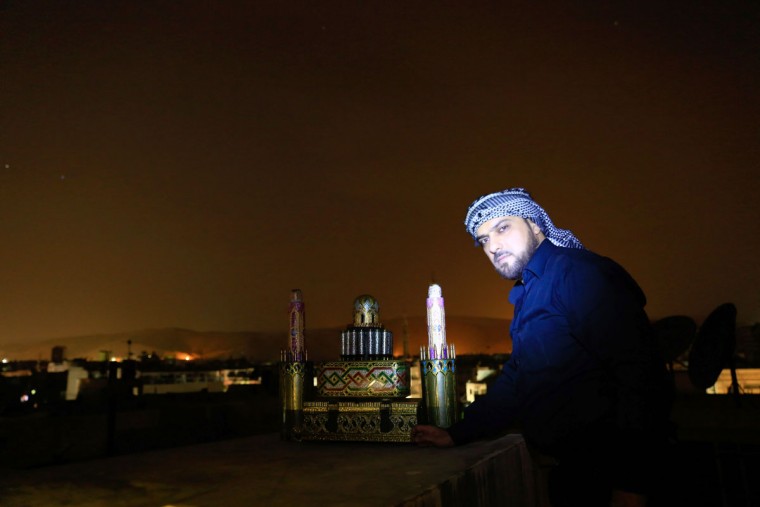 Syrian artist Akram Abu Elfoz poses for a picture with a model of the al-Rawdah mosque which he built using bullet shells, cartridges and war leftovers, in the rebel-held town of Douma, east of the capital Damascus, on June 3, 2016.
In his most recent project Akram, 37, creates downscaled models of important sites which have been destroyed by the ongoing conflict through using war leftovers, to creatively recreate and document places and buildings that have suffered severe damage. (AFP PHOTO / Sameer Al-Doumy)

« In Syria, art from bullet casings