Ecuador recovers from its worst earthquake in decades

Recovering from its strongest and deadliest earthquake in decades, Ecuador endured the strongest aftershock yet before dawn Wednesday. The 7.8-magnitude earthquake over the weekend killed more than 500 people. 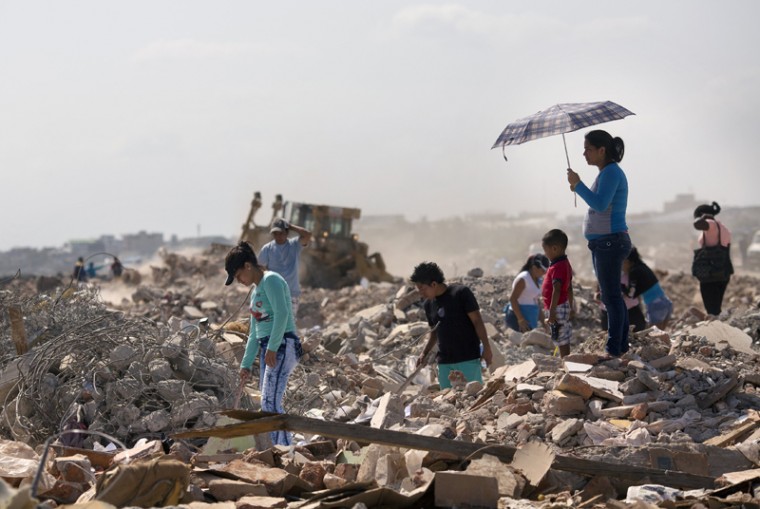 Residents comb through a field, salvaging recyclable material from post-earthquake debris, in Manta, Ecuador, on Wednesday. A fresh tremor rattled Ecuador before dawn Wednesday, a magnitude-6.1 magnitude jolt that set babies crying and adults pouring into the streets, fearful of yet more damage following the 7.8-magnitude earthquake over the weekend. It was the strongest aftershock yet following Saturday’s monster quake that killed more than 500 people. (Rodrigo Abd/AP) 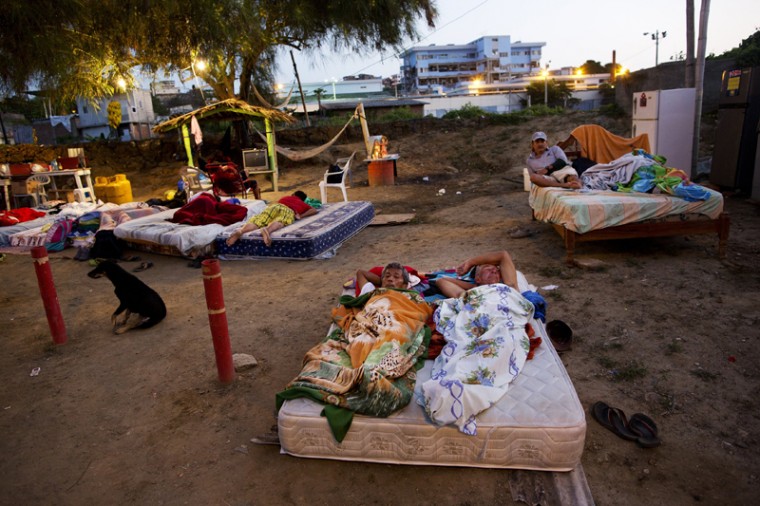 Neighbors Carlos Bardales, left, and Cesar Filay, share a mattress Wednesday as they sleep outside their collapsed homes damaged by a 7.8-magnitude earthquake, in Manta, Ecuador. Ecuadoreans began burying loved ones felled by the country’s deadliest earthquake in decades, while hopes faded that more survivors will be found. (Rodrigo Abd/AP) 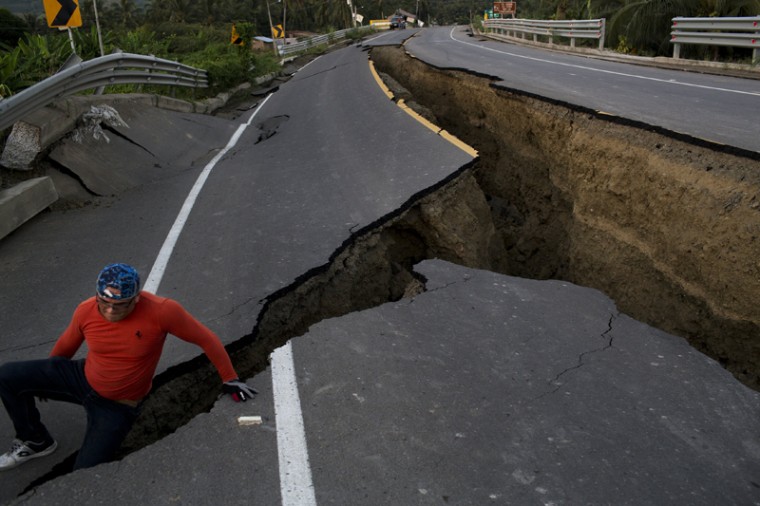 A man jokes around Tuesday after taking some pictures of a section of highway that collapsed due to a 7.8-magnitude earthquake, in Chacras, Ecuador. The strongest earthquake to hit Ecuador in decades flattened buildings and buckled highways along its Pacific coast, sending the Andean nation into a state of emergency. (Rodrigo Abd/AP) 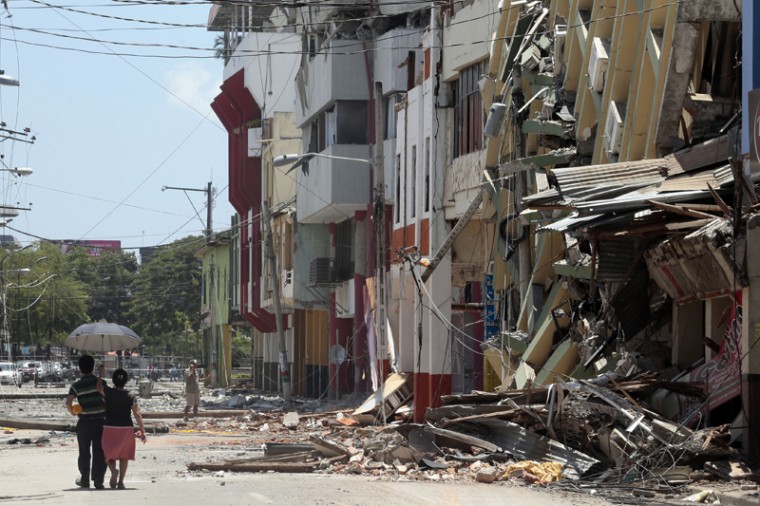 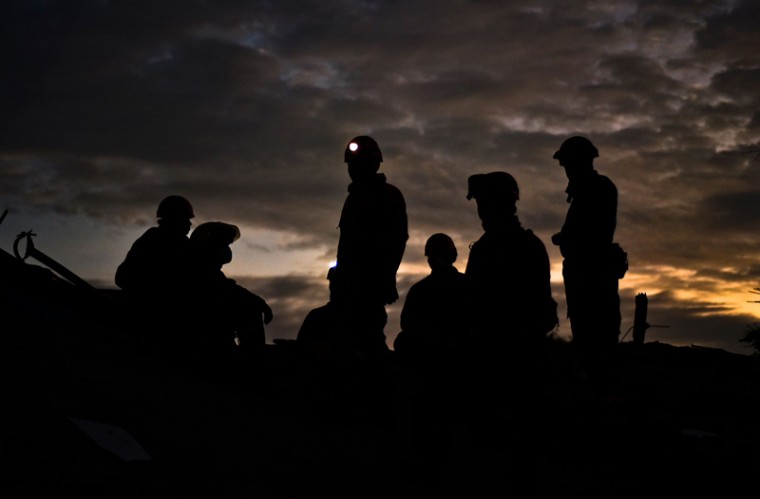 Rescuers work to search for earthquake victims amidst the rubble in Manta on Monday. Rescuers and desperate families clawed through rubble on, pulling out survivors two days after an earthquake that killed at least 413 people and devastated a tourist region of Ecuador. (LUIS ACOSTA/AFP/Getty Images) 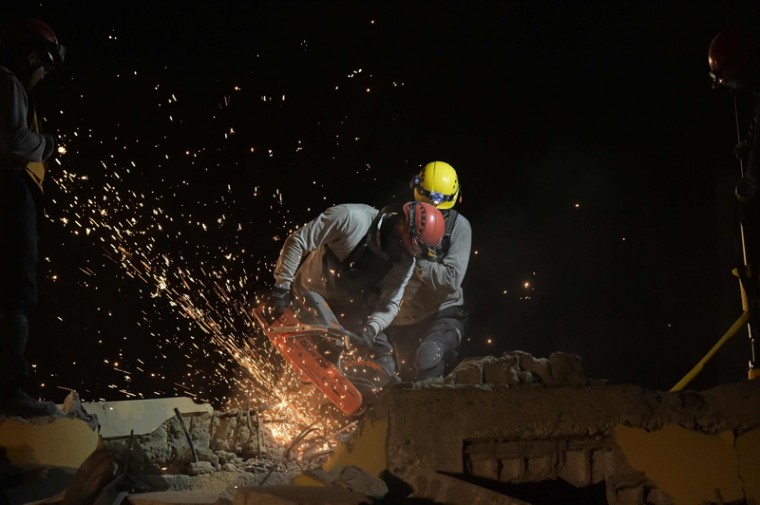 Rescuers search for victims buried under the rubble in Pedernales, Ecuador on Tuesday. The death toll from Ecuador’s earthquake was feared to rise sharply as authorities warned Tuesday that 1,700 people were still missing and anger gripped families of victims trapped in the rubble. Three days after the powerful 7.8-magnitude quake struck Ecuador’s Pacific coast in a zone popular with tourists, 480 people are known to have died, the government said. (RODRIGO BUENDIA/AFP/Getty Images) 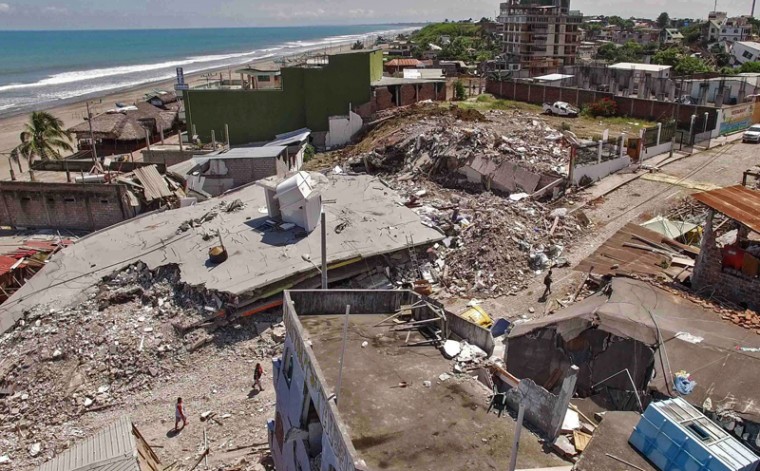 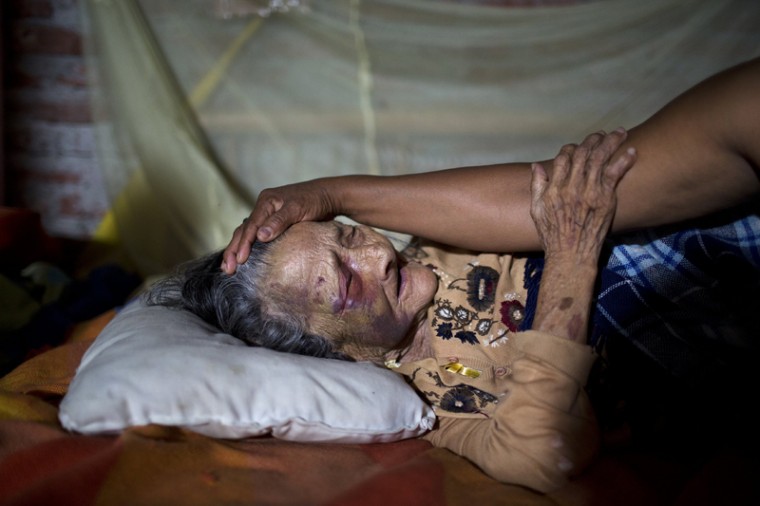 Maria Victoria, 89, is comforted by her daughter Mariana in Estancia Las Palmas, Ecuador, on Tuesday. Maria Victoria was injured when a column fell on her after a 7.8-magnitude earthquake collapsed her home. (Rodrigo Abd/AP) 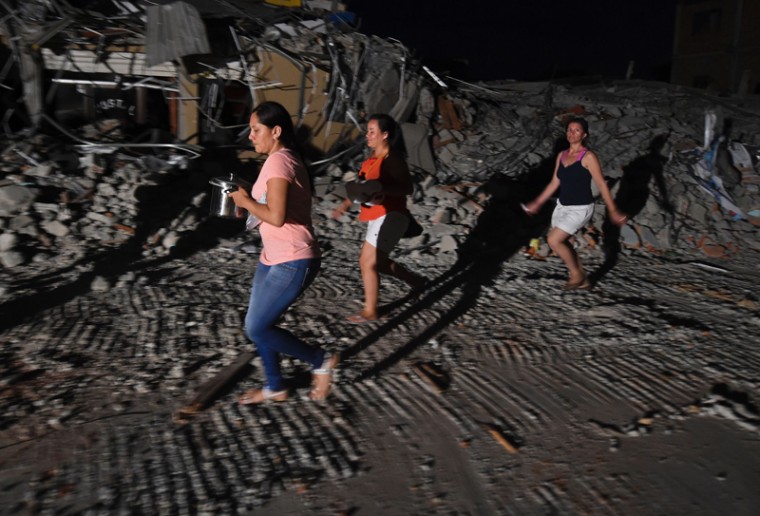 Survivors carry food as they walk past buildings destroyed in the earthquake in Manta on Monday. (LUIS ACOSTA/AFP/Getty Images) 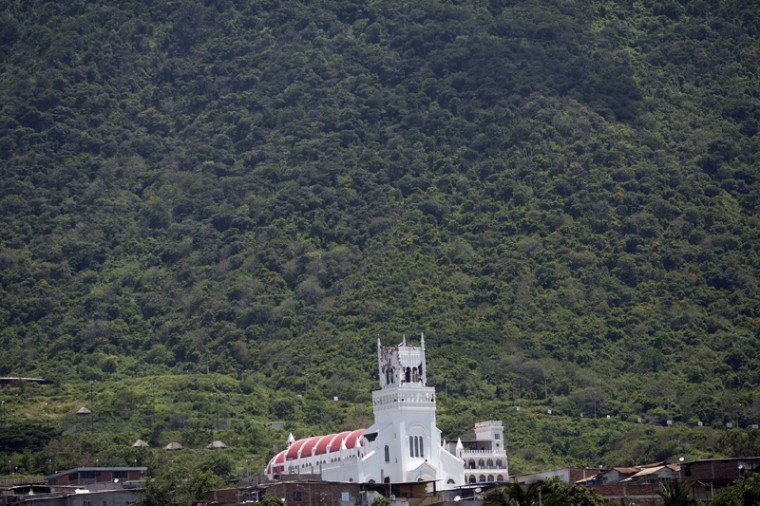