From the Vault: St. Patrick’s Day in Maryland

The photos are in black and white, but be sure that everyone was in green. Take a peek into The Baltimore Sun’s archives, with a selection of photos from St. Patrick’s Day celebrations in Baltimore through the decades. 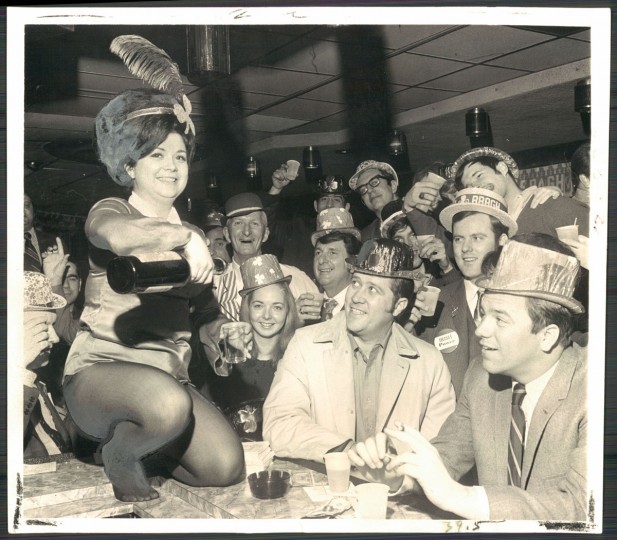 According to the caption that ran in The Sun with this photo March 18, 1970, “Susie Cook pours a stiff dram of usquebaugh in Sweeney’s bar amid a crowd of St. Patrick’s Day revelers smiling with happy Irish eyes.” 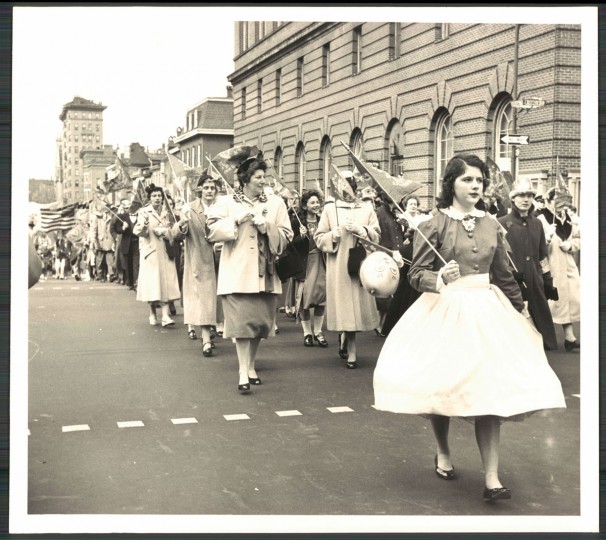 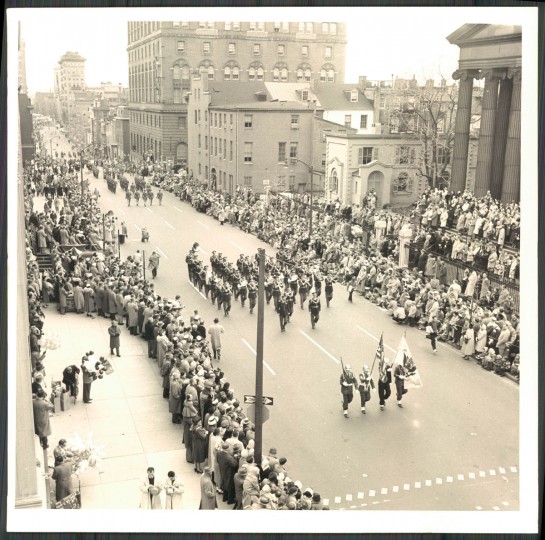 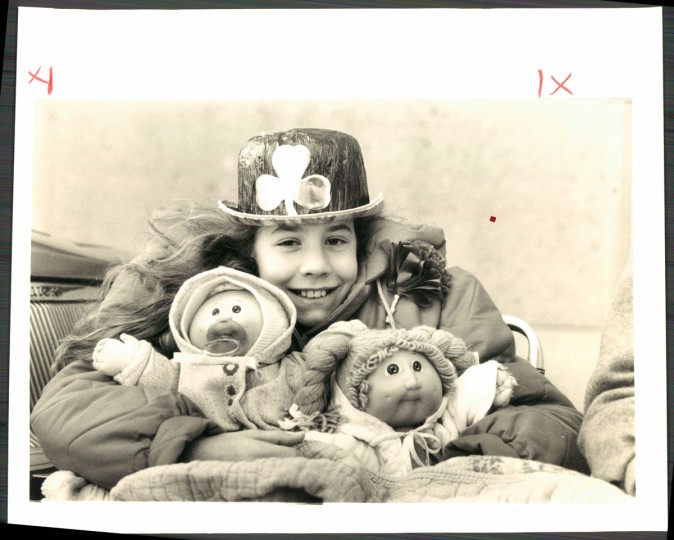 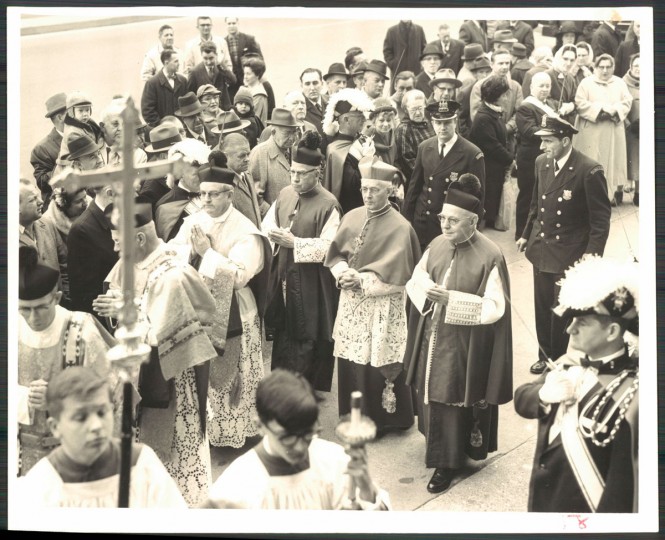 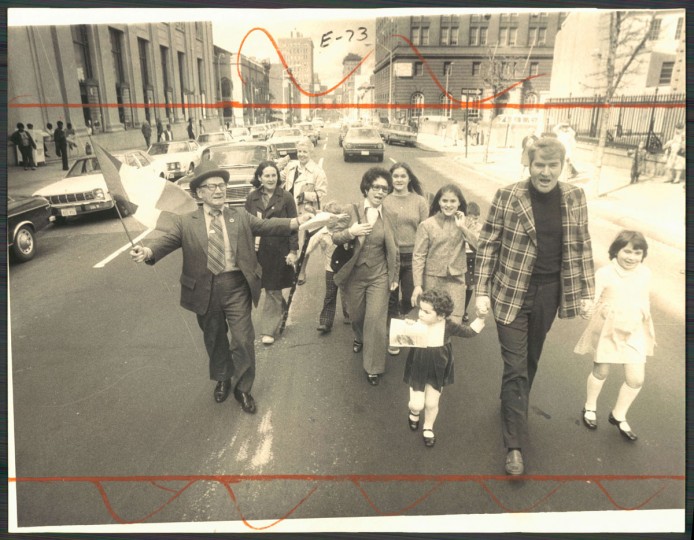 “That irrepressible Irishman, Hyman A. Pressman, who also works as the city comptroller, out bluffed the rain to lead his own small but enthusiastic St. Patrick’s Day parade down the traditional Cathedral street route. Forecast rain caused official cancellation–the second time in 22 years. While the dauntless few stepped out, non-marchers retreated indoors to mourn their lost day with lots of whatever!” March 1977. (Pearson, The Baltimore Sun). 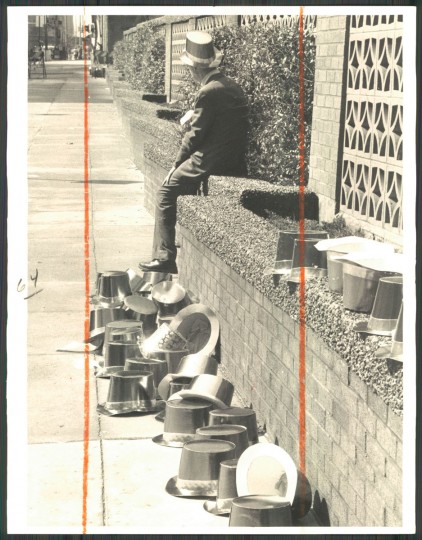 “It was a no-show Irish parade for this hat vendor at Baltimore and Calvert Streets.” March, 1977. (The Baltimore Sun). 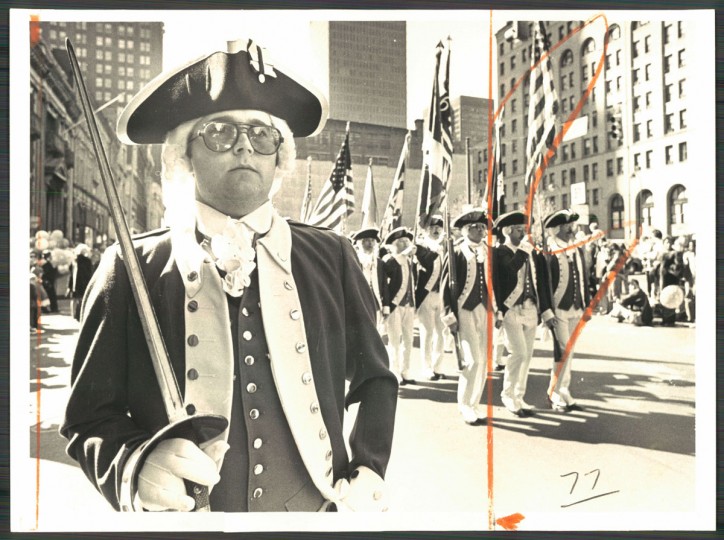 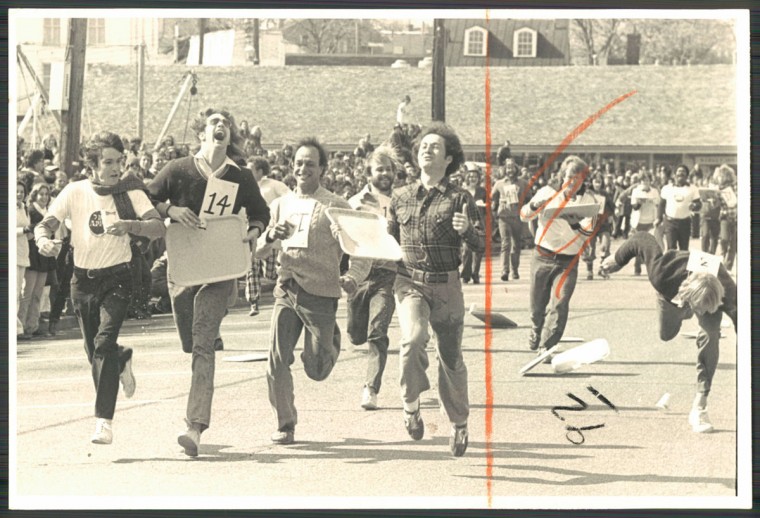 “Don’t spill it: it’s precious. Forty out of breath sprinters tried to go 100 yards without spilling their beer from tray borne cups during the 8th annual Great Annapolis Beer Race, celebrating St. Patrick’s Day. The winner was David A. Woyeke, 29, an Annapolis hi-fi salesman, who said after his victory, ‘This is the first and last one.'” March, 1976. 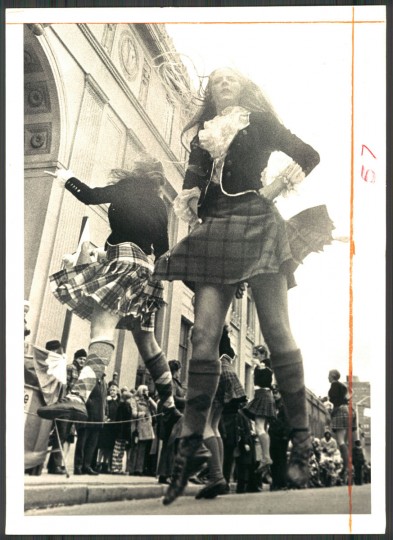 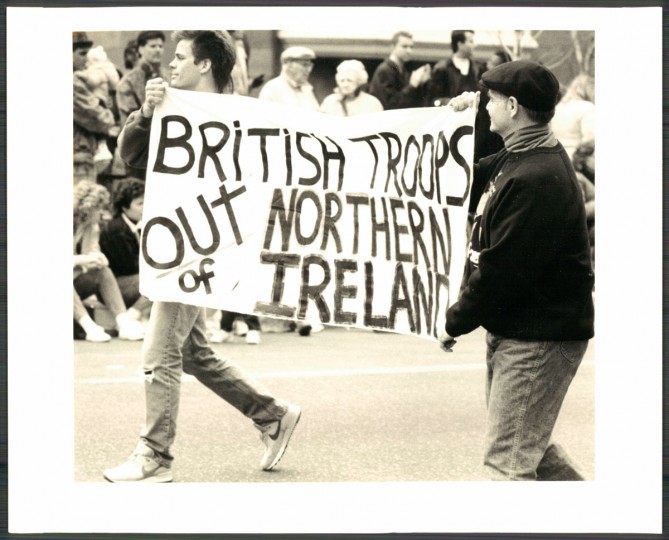 Political statements at the St. Patrick’s Day parade in March 1989. 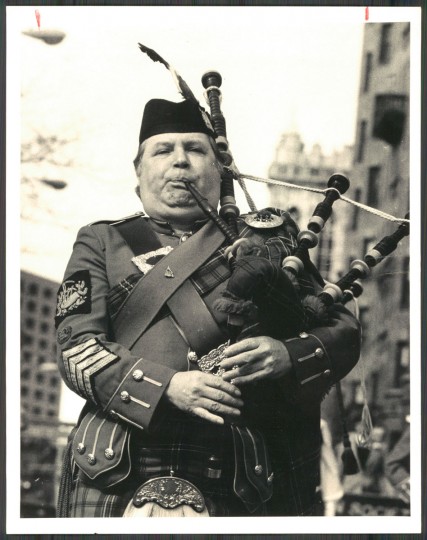 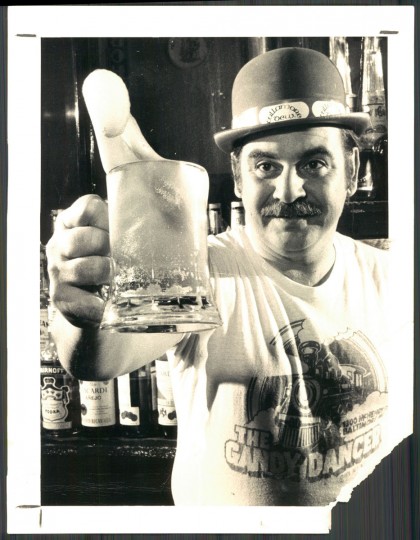 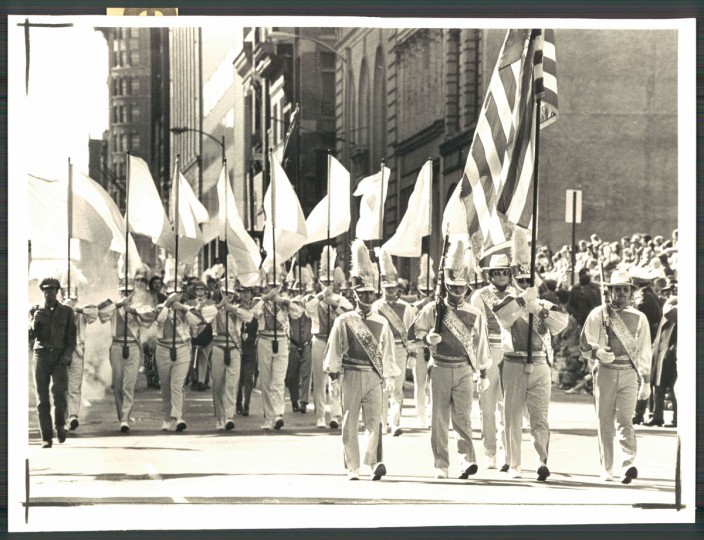 “One of the 43 units that took part in yesterday’s St. Patrick’s Day parade in a chilly breeze steps out briskly at Baltimore and Calvert streets.” March 1976. (Pearson, The Baltimore Sun). 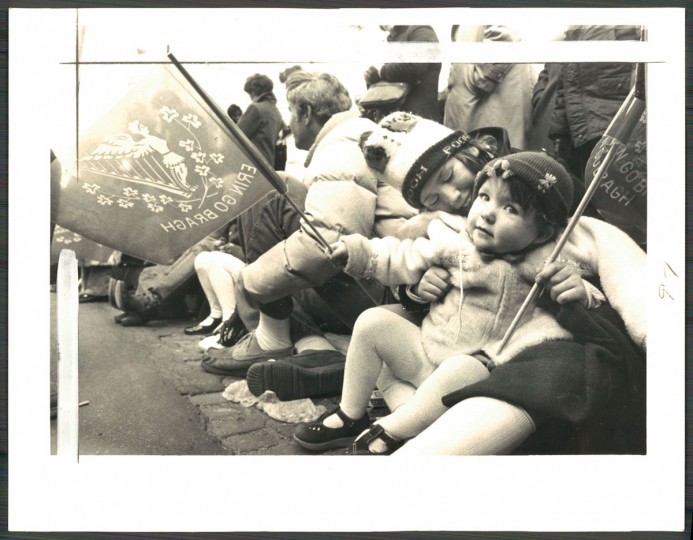 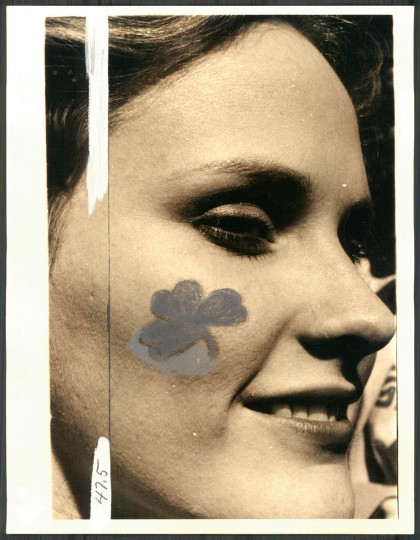 “Debbie Cook with a shamrock on her cheek at Hopkins Plaza.” 1979. (Walter M. McCardell, The Baltimore Sun). 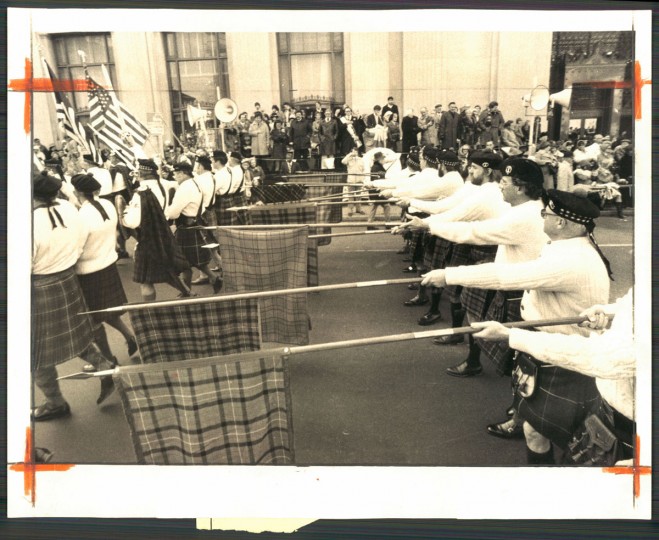 “Step lively, me lads! Members of this Irish marching unit dip their flags in salute as they pass the reviewing stand on Cathedral street in yesterday’s St. Patrick’s Day parade.” March 1979. (Hotz, The Baltimore Sun). 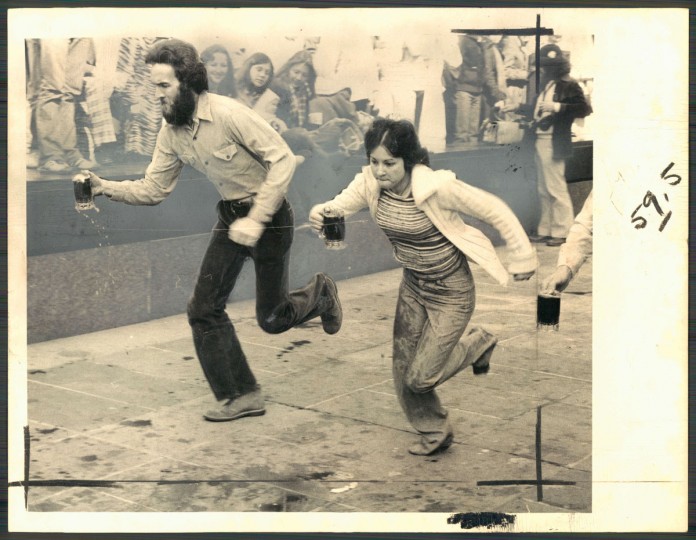 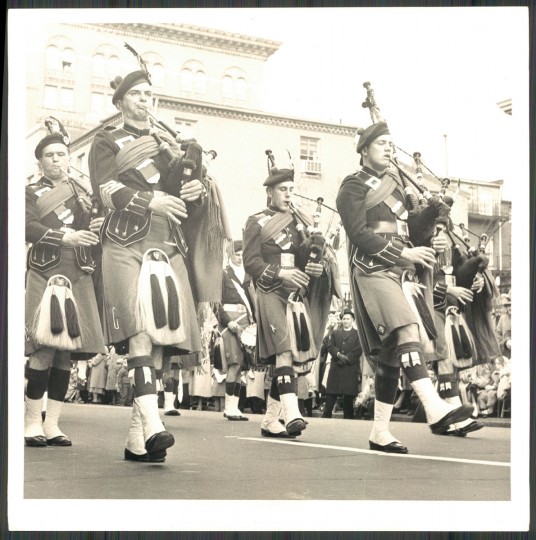 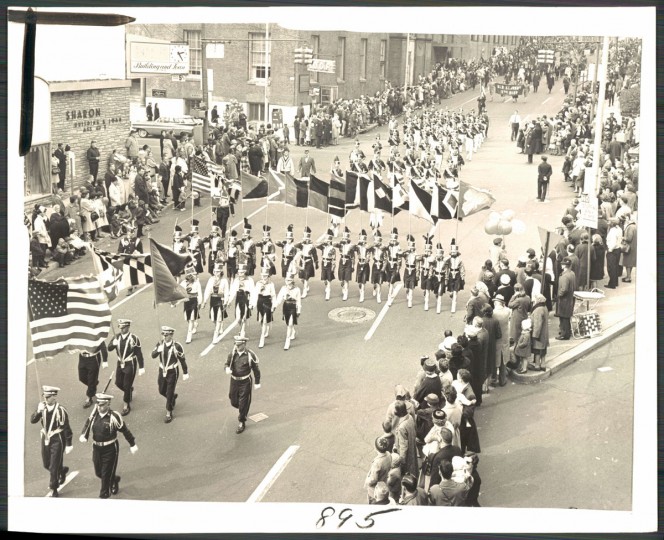 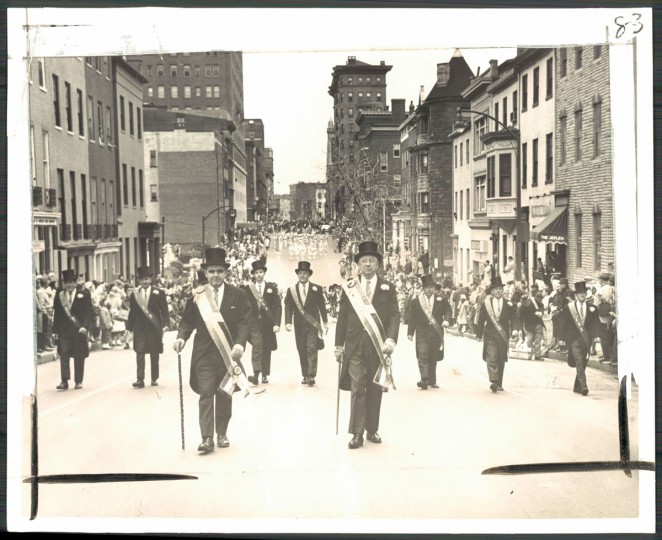 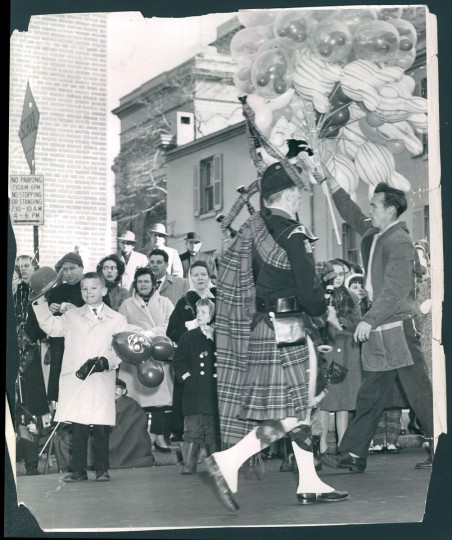