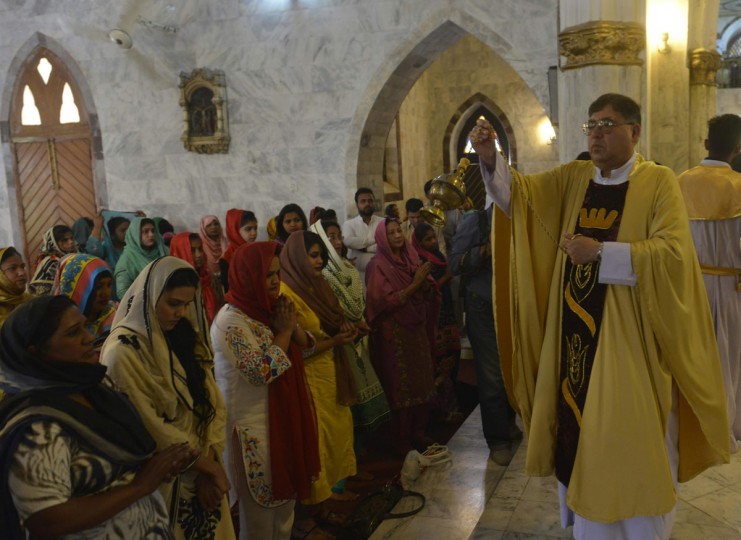 Pakistani Christians gather during an Easter service at a church in Lahore on March 27, 2016.
Pope Francis spoke out against the “rejection” of refugees as the European migrant crisis saw its latest desperate scenes on the Greek border with Macedonia. The pontiff used his Easter address to urge people to offer “welcome and assistance” to those fleeing war and poverty, as Europe struggles with its worst migration crisis since World War II.
(AFP PHOTO / ARIF ALI)