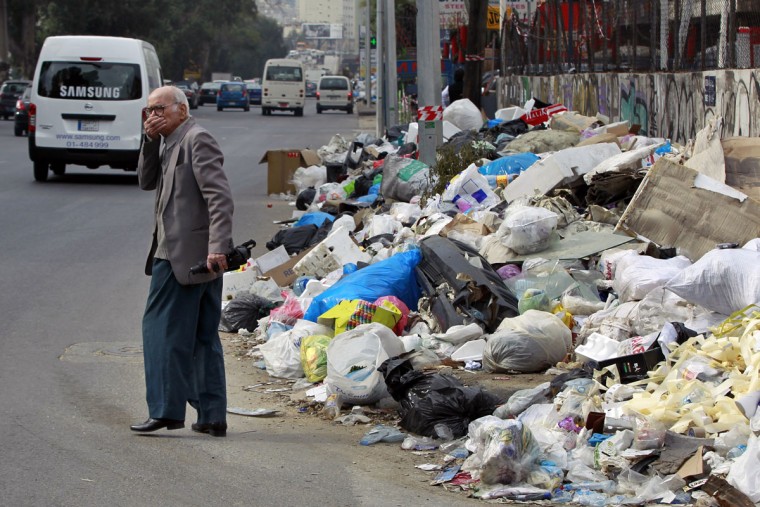 In this Thursday, Dec. 17, 2015 photo, a Lebanese man covers his nose from the smell as he passes by a pile of garbage on a street in Beirut, Lebanon. Lebanons trash collection crisis which set off summer protests is entering its sixth month, but you would hardly be able to know it in Beirut. (AP Photo/Bilal Hussein)