In 2015’s final two weeks, Europe’s migration crisis passed a symbolic milestone, with the 1 millionth migrant this year crossing into the continent on Monday, according to the International Organization for Migration. The sum is more than four times the number that entered in 2014. 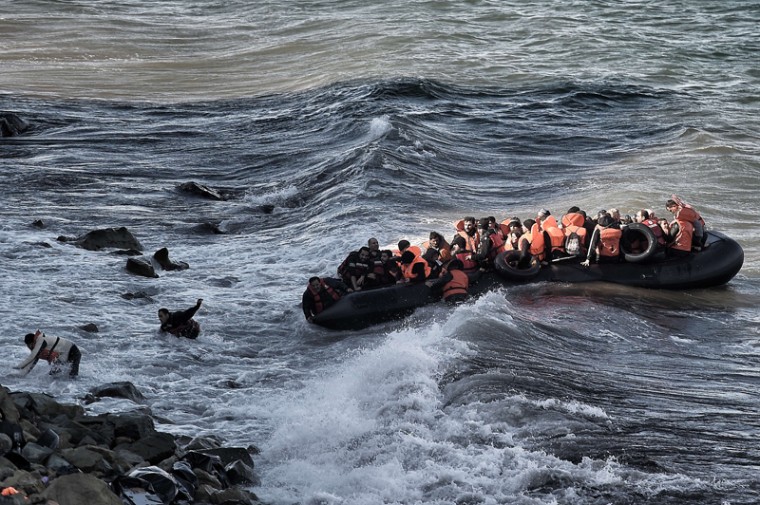 Refugees and migrants try to reach the shore on the Greek island of Lesbos, despite a rough sea, on Oct. 30, after crossing the Aegean sea from Turkey. At least 17 children drowned when three boats sank en route from Turkey to Greece, officials said on Oct. 30, another tragedy to strike migrants braving wintry seas to seek asylum in Europe. Nine adults also lost their lives when the boats went down, with the drownings once again highlighting the human cost as Europe struggles with its worst migrant crisis since World War II. (ARIS MESSINIS/AFP/Getty Images) 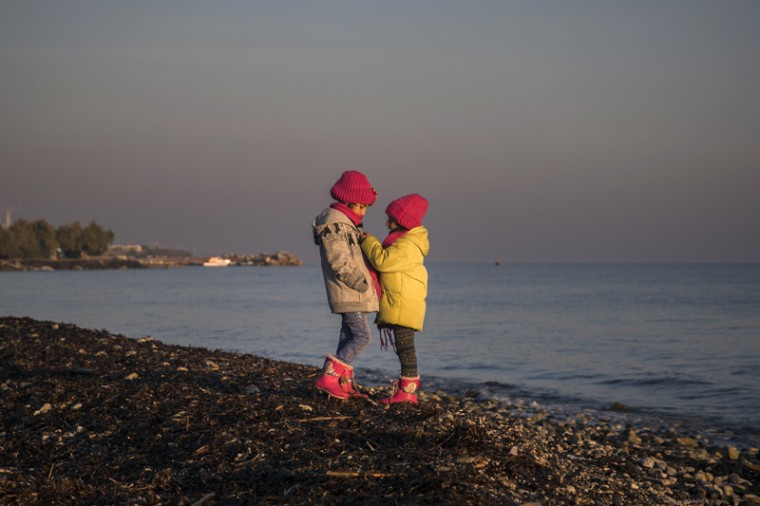 Two sisters from Syria play on a beach near the town of Mytilene after crossing a part of the Aegean sea on a dinghy, with other refugees and migrants, from the Turkish coast to the Greek island of Lesbos, on Dec. 7. Greece is the main point of entry into the EU for people fleeing war and poverty at home, with the vast majority of the people who have entered the country this year reaching Greek islands from the nearby Turkish coast. (Santi Palacios/AP) 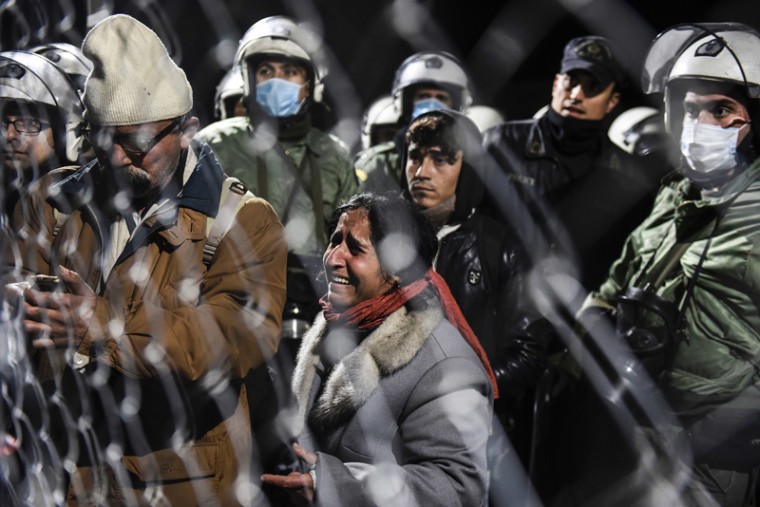 A woman cries as she waits along with other migrants and refugees to cross the Greek-Macedonian border near the town of Gevgelija on Dec. 3. Macedonia has restricted passage to northern Europe to only Syrians, Iraqis and Afghans who are considered war refugees. All other nationalities are deemed economic migrants and told to turn back. Over 1,500 people, mostly Indians, Moroccans, Bangladeshis and Pakistanis, are stuck on the border. (ARMEND NIMANI/AFP/Getty Images) 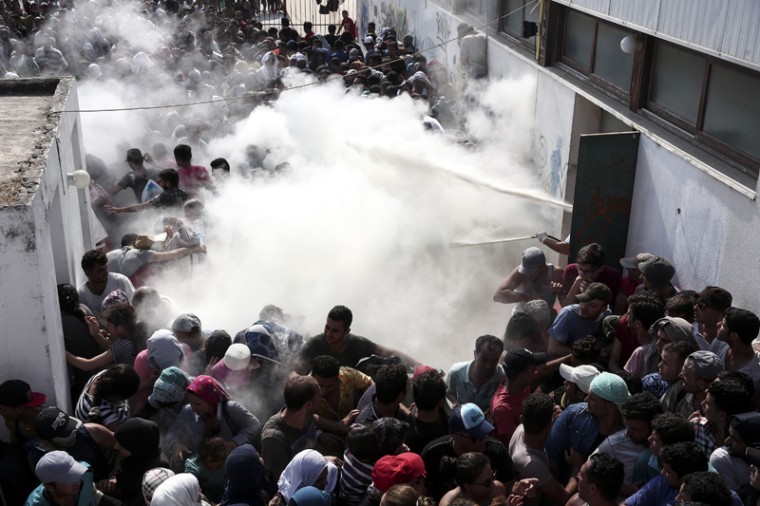 In this photo taken on Aug. 11, police try to disperse hundreds of migrants by spraying them with fire extinguishers, during a registration procedure at the stadium of Kos town, on the southeastern island of Kos, Greece. Anyone hoping Greece might finally have a quiet year was quickly disappointed in 2015. Brinkmanship with bailout lenders brought the country a half-step from financial collapse and eurozone exit, while Greece was at the center of Europe’s worst refugee crisis since World War II. (Yorgos Karahalis/AP) 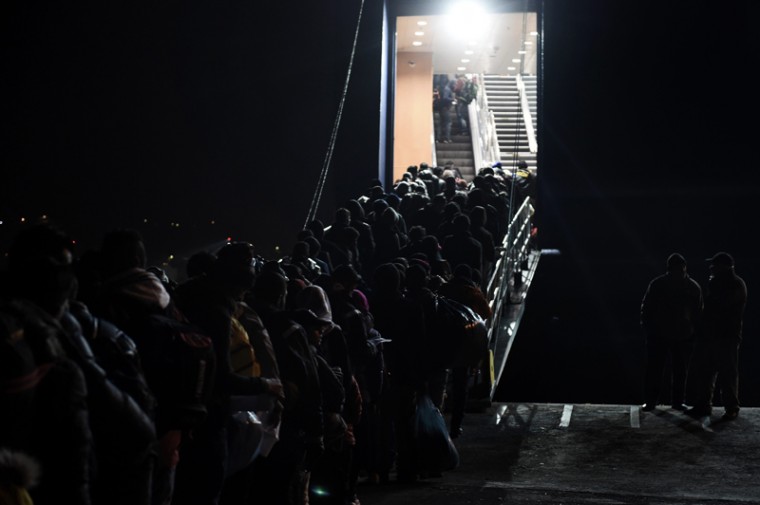 Refugees and migrants embark on a ferry at the port of Mytiline after arriving from Turkey, on Dec. 8, a day when at least six children died when a boat carrying Afghan migrants sank in Turkish waters while on its way to Greece, local media reported. (ARIS MESSINIS/AFP/Getty Images) 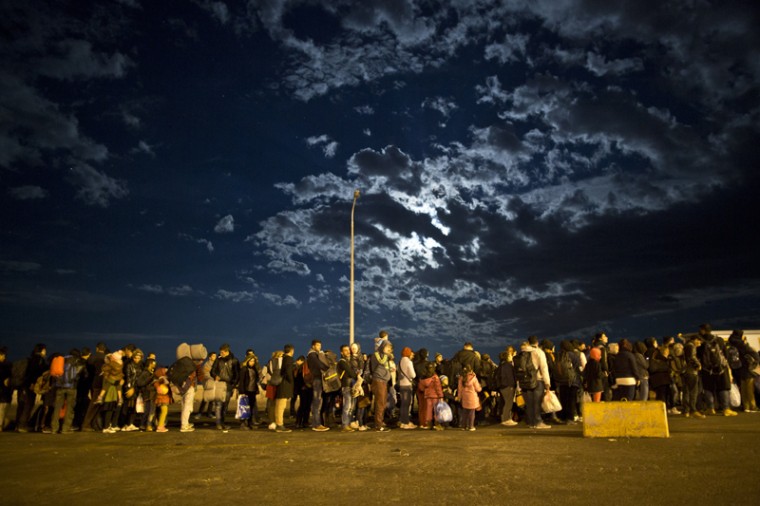 Refugees and migrants line up at the port of Mitylene on the northeast Greek island of Lesbos, waiting their turn to get on board a ferry traveling to Athens, on Nov. 25. (Muhammed Muheisen/AP) 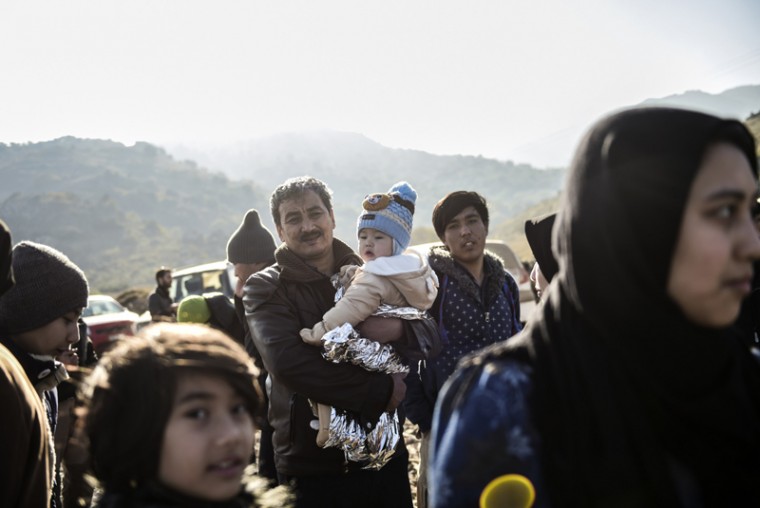 Migrants and refugees are pictured after arriving on the Greek island of Lesbos after crossing the Aegean Sea from Turkey on Nov. 19. European leaders tried to focus on joint action with Africa to tackle the migration crisis, as Slovenia became the latest EU member to act on its own by barricading its border. (BULENT KILIC/AFP/Getty Images) 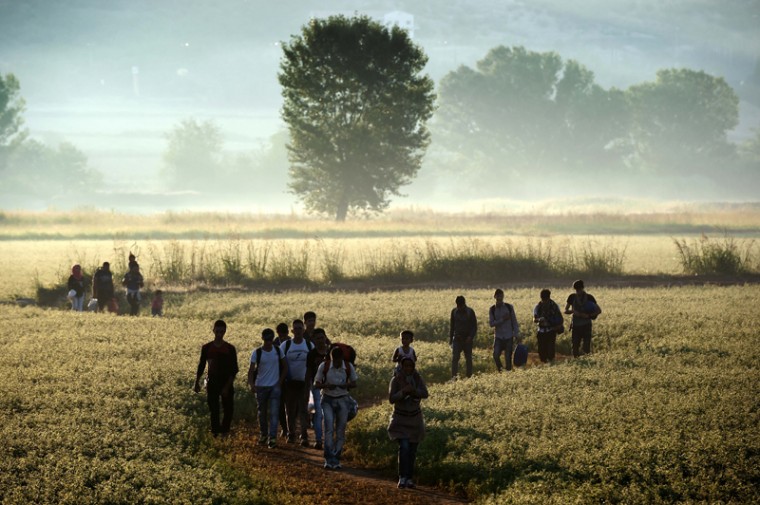 Migrants walk through a field to cross the border from Greece to Macedonia near the Greek village of Idomeni on Aug. 29. The EU is grappling with an unprecedented influx of people fleeing war, repression and poverty in what the bloc has described as its worst refugee crisis in 50 years. (ARIS MESSINIS/AFP/Getty Images) 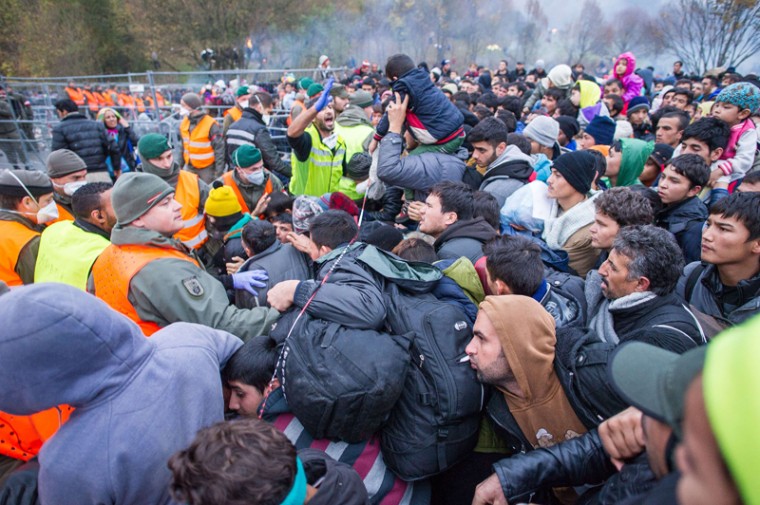 Austrian army forces contain migrants and refugees waiting to cross the Slovenian-Austrian border from Sentilj, Slovenia, to Spielfeld, Austria, on Oct. 29. Austria on Oct. 28 announced plans to build a fence at a major border crossing with fellow EU state Slovenia to “control” the migrant influx, in a blow to the bloc’s cherished passport-free Schengen zone. (Rene Gomolj/AFP/Getty Images) 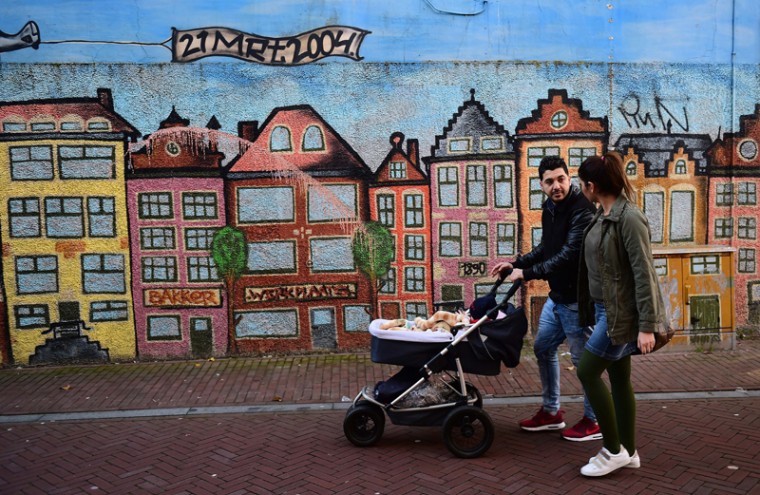 Iraqi refugees Ahmad and Alia with baby Adam take a walk in Leeuwarden, The Netherlands, on Dece. 9. After Ahmad and Alia survived a bomb attack in Baghdad in 2014, they decided to risk all and crossed the Aegean Sea this summer. Through seven countries in as many days at the peak of the migrant crisis, they slept rough in the Balkans, dodged arrest and handed smugglers their life savings – 9,000 euros ($10,000) – to have a chance at life in Europe. (EMMANUEL DUNAND/AFP/Getty Images)

« The Royal Mail hits its Christmas stride » Wacky winter weather across the U.S.