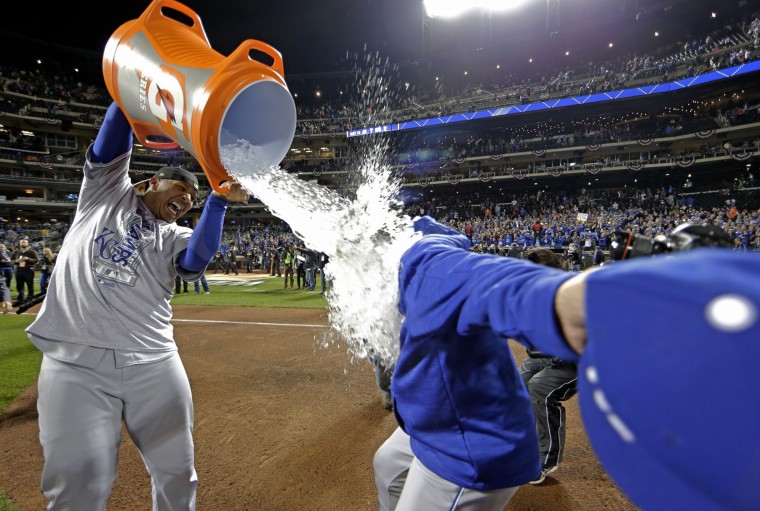 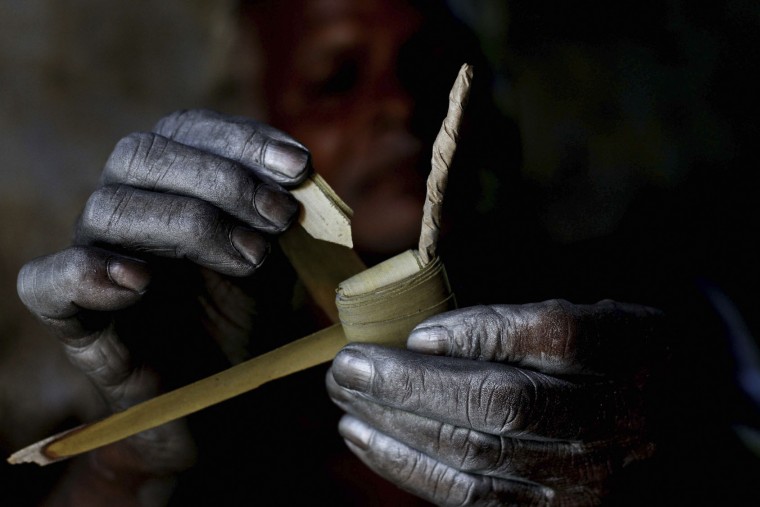 An Indian village man folds palm leaves as he makes firecrackers with bare hands at his workshop at Bhingharpur village, outskirts of Bhubaneswar, Orissa state, India, Monday, Nov. 2, 2015. Fire crackers are in high demand in India during the upcoming festival of lights, Diwali. (AP Photo/Biswaranjan Rout) 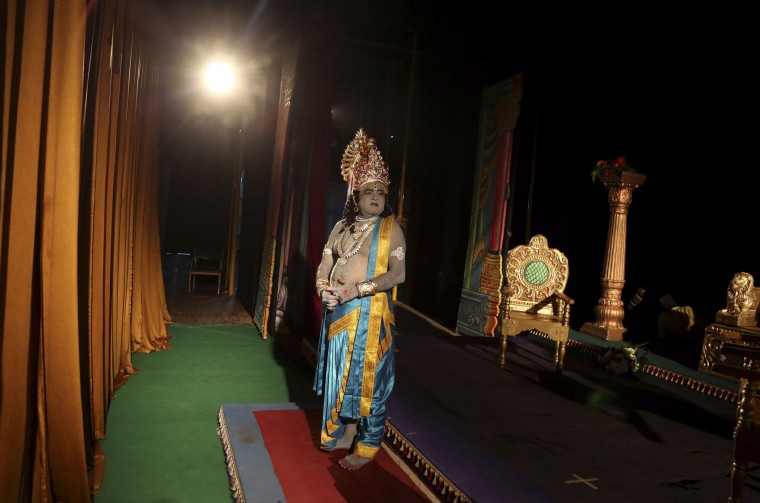 An Indian actor dressed as Rama, the main character of the Hindu epic Ramayana, prepares to perform at a theatre in Bangalore, India, Monday, Nov. 2, 2015. The performance was self-funded by a group of artists who do other jobs for a living. (AP Photo/Aijaz Rahi) 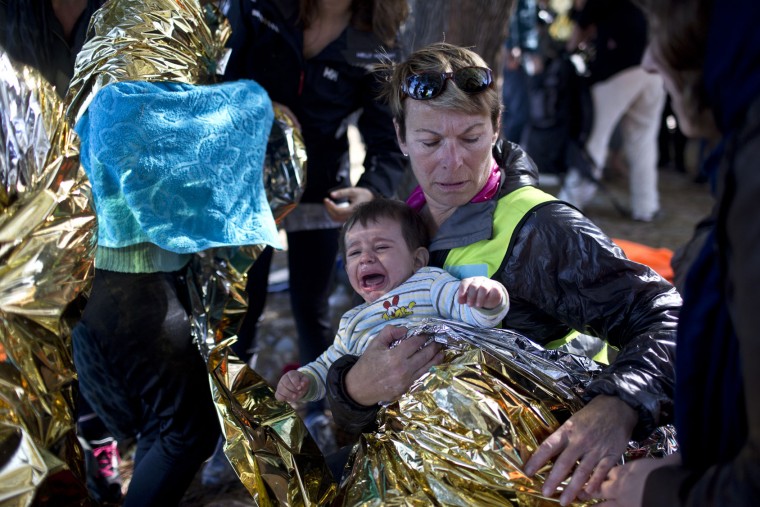 A volunteer wraps a baby in an emergency blanket for warmth as people disembark from a rubber boat from neighboring Turkey at a beach on the northern shore of Lesbos, Greece, Monday, Nov. 2, 2015. More than 300,000 people have traveled on dinghies and boats from nearby Turkey to Lesbos this year, with dozens dying along the way. (AP Photo/Marko Drobnjakovic) 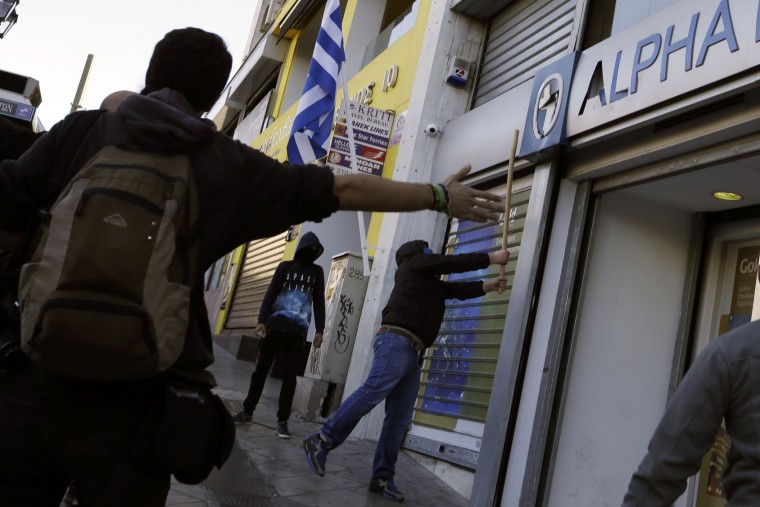 A youth tries to break a sign on a bank during a protest in Athens, Monday, Nov. 2, 2015. About 5,000 people took part in a demonstration demanding more funds for schools to address the deficiencies and gaps in education. (AP Photo/Thanassis Stavrakis) 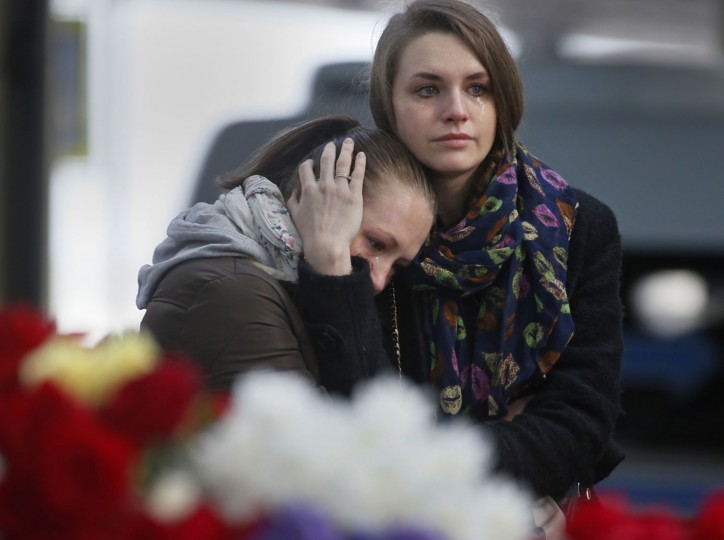 Young women grieve at an entrance of Pulkovo airport outside St.Petersburg, Russia, on Monday, Nov. 2, 2015. In a massive outpouring of grief, thousands of people flocked to St. Petersburg’s airport, laying flowers, soft toys and paper planes next to the pictures of the victims of the crash of a passenger jet in Egypt that killed all 224 on board in Russia’s deadliest air crash to date. (AP Photo/Dmitry Lovetsky) 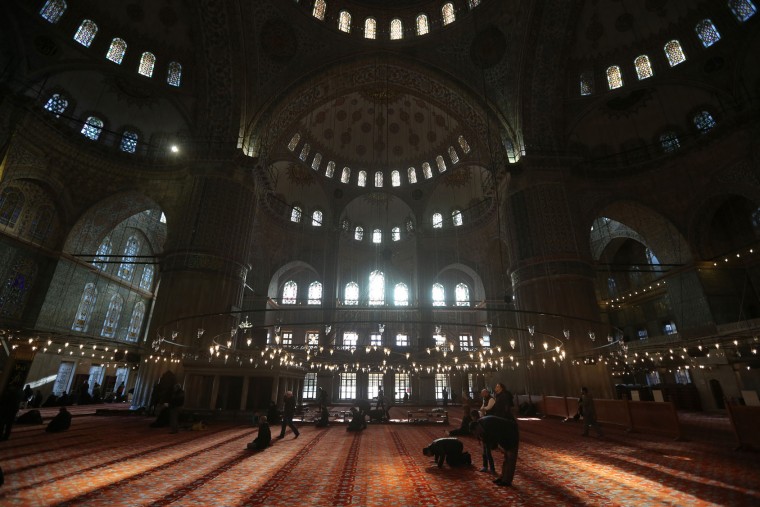 Turkish citizens and tourists pray in the iconic Sultan Ahmed Mosque, better known as the Blue Mosque, in the historic Sultanahmet district of Istanbul, Monday Nov. 2, 2015. Turkish President Recep Tayyip Erdogan on Monday hailed a big victory for his ruling party in the country’s parliamentary election and demanded the world respect the result. The ruling Justice and Development Party, or AKP, secured a stunning victory in Sunday’s snap parliamentary election, sweeping back into single-party rule only five months after losing it. (AP Photo/Hussein Malla) 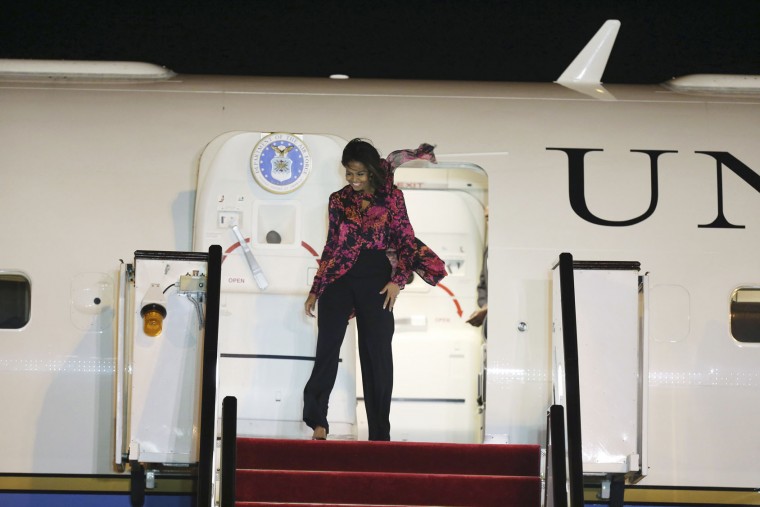 U.S. First Lady Michelle Obama arrives at the Hamad Airport in Doha, Qatar, Monday, Nov. 2, 2015. She’ll visit the al-Udeid air base with comedian Conan O’Brien. She is also scheduled to give a speech Wednesday on her Let Girls Learn initiative at the 2015 World Innovation Summit for Education, sponsored by the Qatar Foundation. (AP Photo/Osama Faisal) 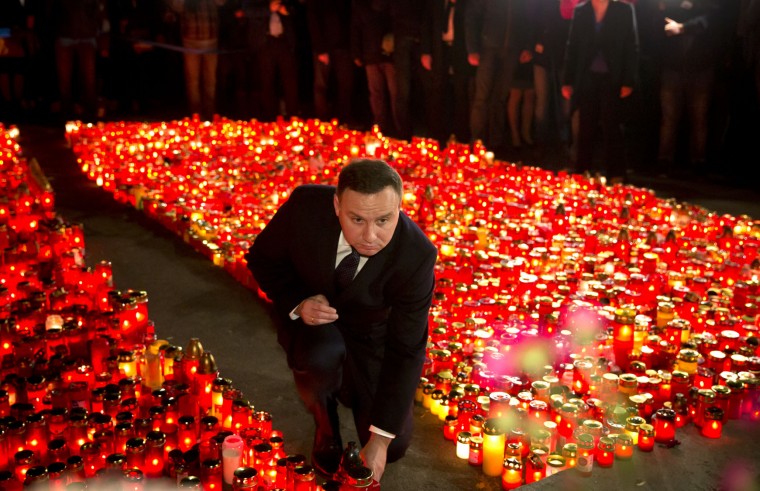 Polish President Andrzej Duda places a candle outside the Colectiv nightclub, in Bucharest, Romania, Monday, Nov. 2, 2015. The owners of the Colectiv nightclub were questioned by prosecutors Monday in connection with a fire that engulfed a nightclub Friday night, causing a stampede to a single exit door of the basement club and leaving tens of people dead and many more injured. (AP Photo/Vadim Ghirda)