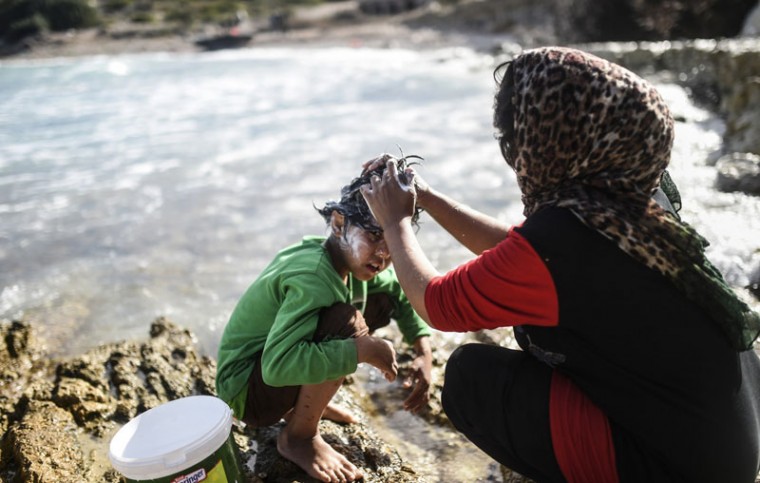 TOPSHOTS A woman washes her child’s hair as they wait along with other migrants and refugees to travel to the Greek island of Chios from Cesme in the Turkish province of Izmir on November 3, 2015. Amnesty International criticised Europe’s failure to stop migrant deaths in the Aegean Sea as the death toll from ramshackle boats sinking off Greece rises daily. The group said over 450 refugees and migrants had died or gone missing in successive Aegean Sea sinkings in the first 10 months of the year. AFP PHOTO / BULENT KILICBULENT KILIC/AFP/Getty Images ORG XMIT: