From the vault: Holiday shopping

Shoppers flocked to department stores like Hochschild Kohn, Hutztler’s and Hecht’s to buy all of their holiday needs each season. 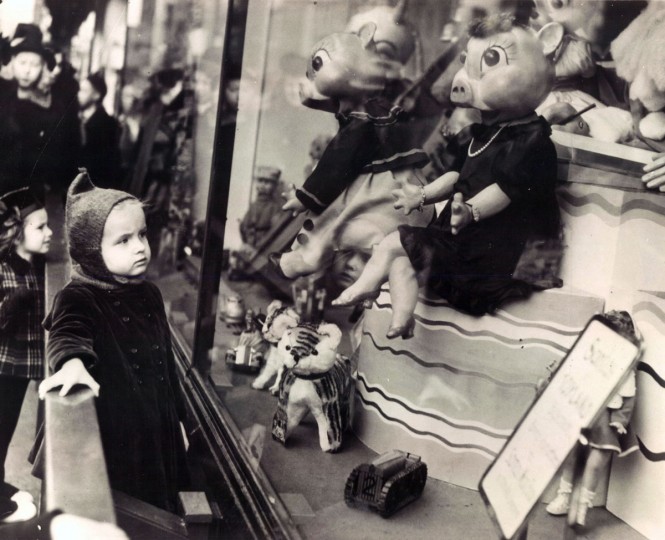 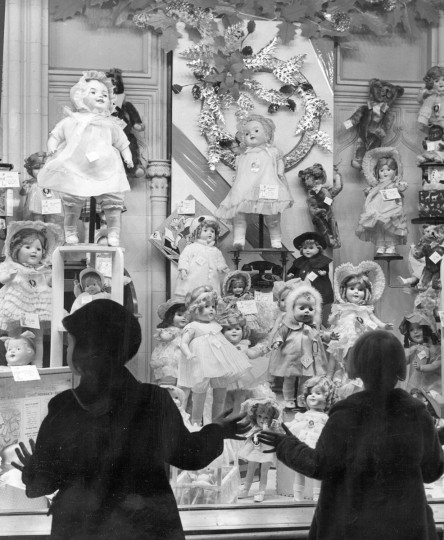 Two young girls take in a display of dolls in a downtown department store. (A. Aubrey Bodine/Balitmore Sun, 1938) 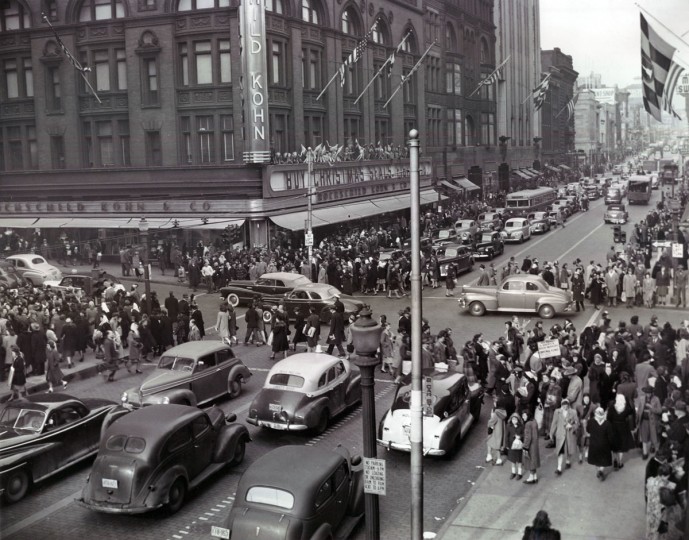 December 15, 1947 – Immense mobs converge at the intersection of Lexington and Howard Streets amidst the blare of horns, shouts of pseudo Santas and delighted squeals of misinformed juveniles. (Robert Mottar/Baltimore Sun) 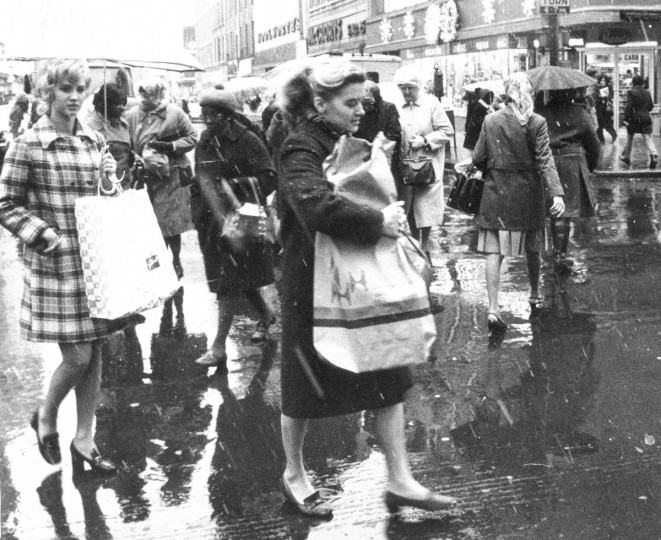 In November of 1971, undaunted by the weather, downtown holiday shoppers cross paths at Howard and Lexington streets. Photo by Walter M. McCardell/Baltimore Sun) 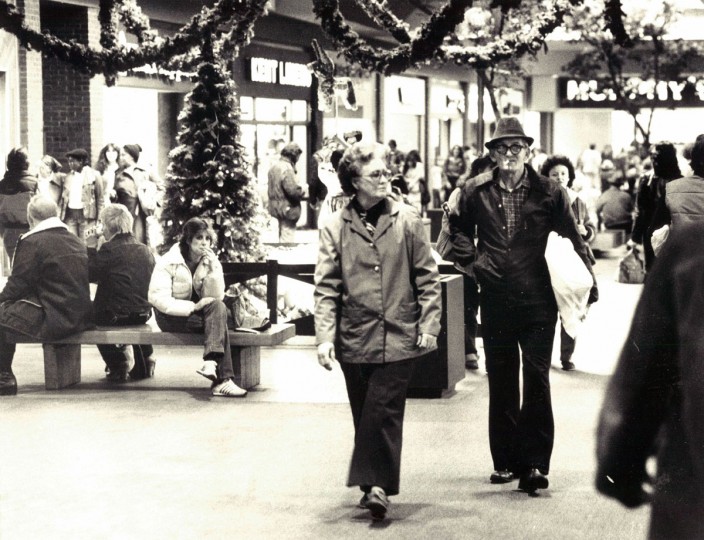 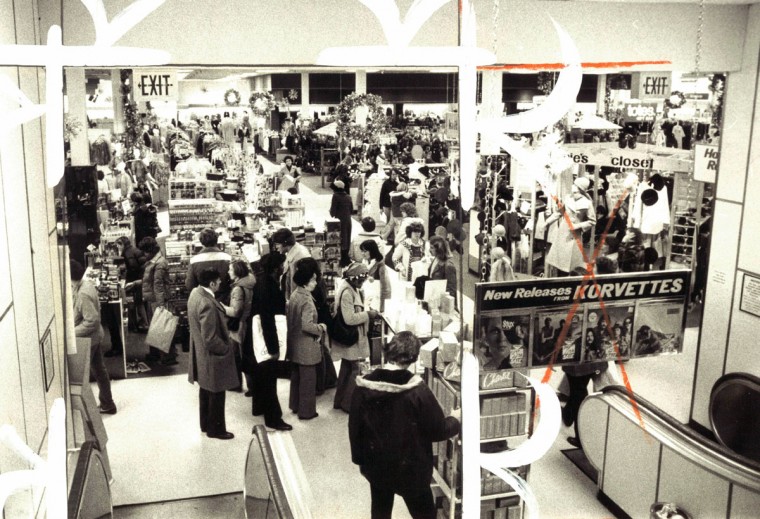 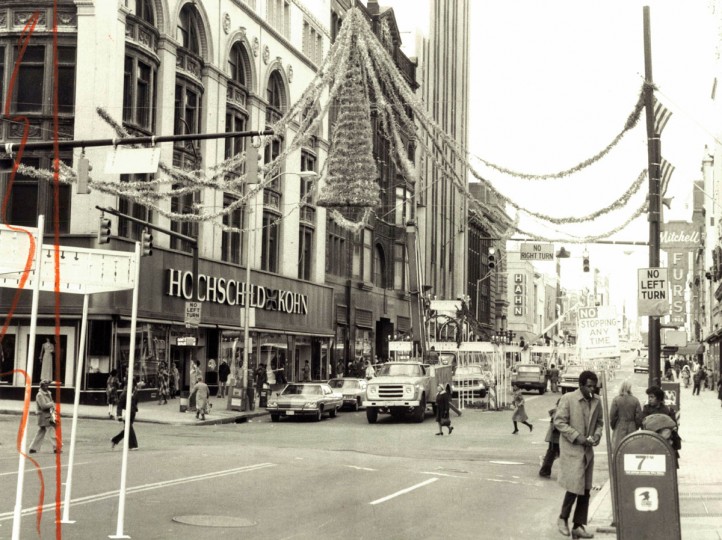 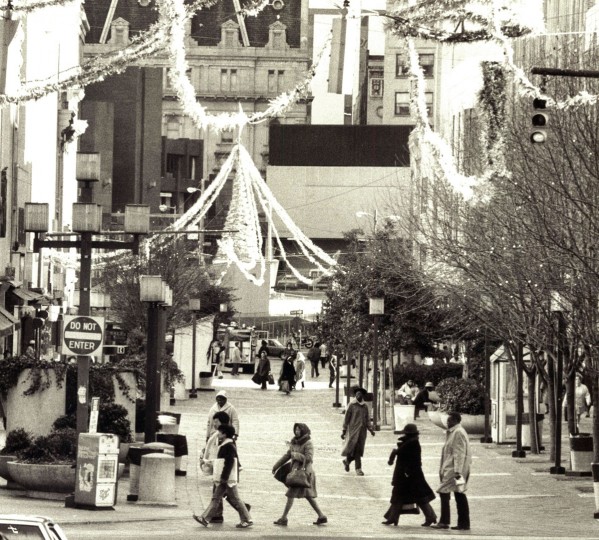 Traffic was light on Lexington Mall yesterday, but many stores were packed with bargain hunters. (Lloyd Pearson/Baltimore Sun) 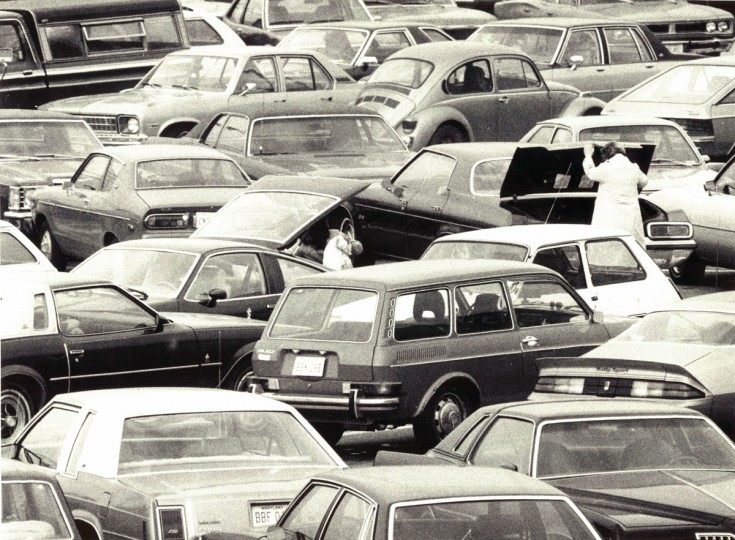 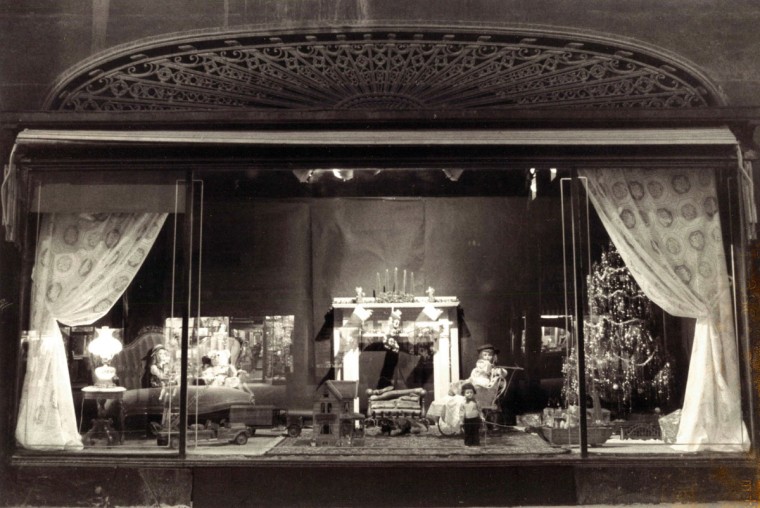 Holiday strollers passing along the refurbished Howard Street Transit Mall can revisit the old-fashioned “Winter Wonderland” window displays in storefronts along the 200 block of North Howard Street, including these at the old Hutzler’s building. (Baltimore Sun, November 29, 1986) 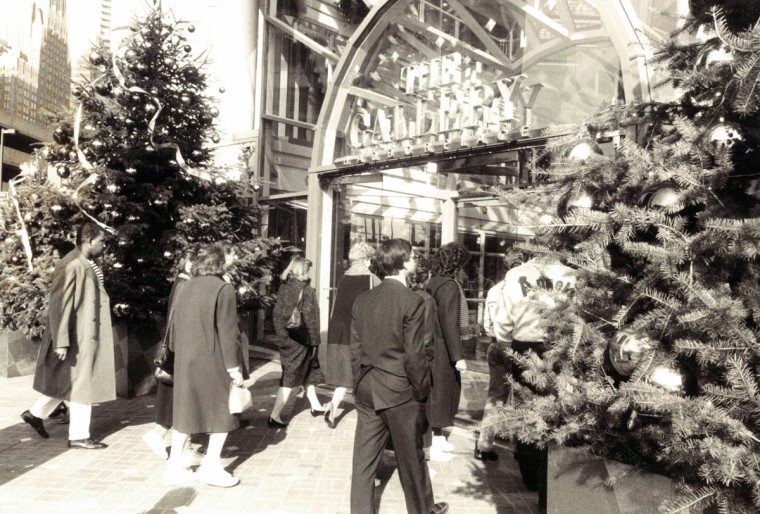 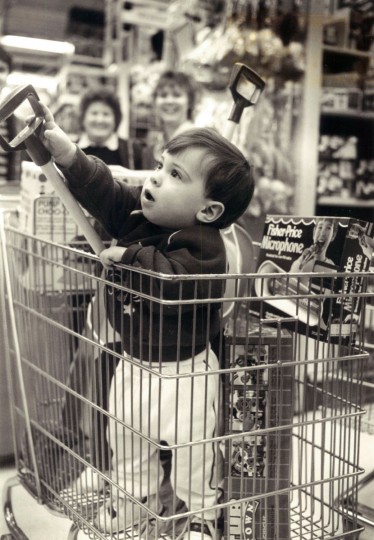 Robert, his mother Doris, and his sister Cathy Deaver Mitton shop for children of the family at Toys-R-Us, including her son Matthew, 10 months. Robert loads truck with toys. (Karl M. Ferron/Baltimore Sun) 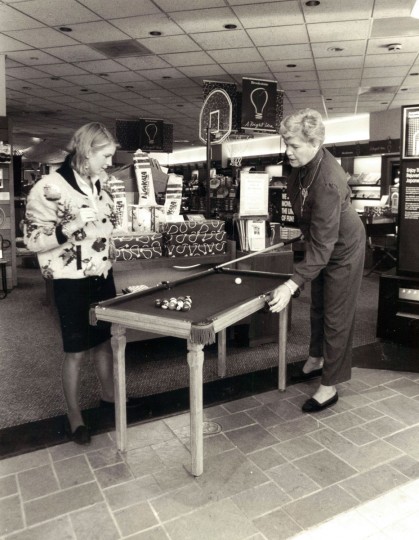 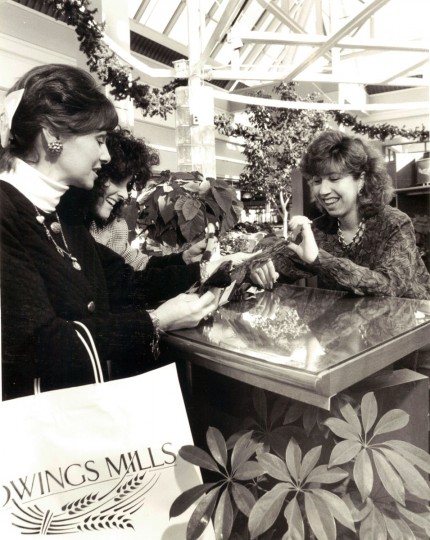 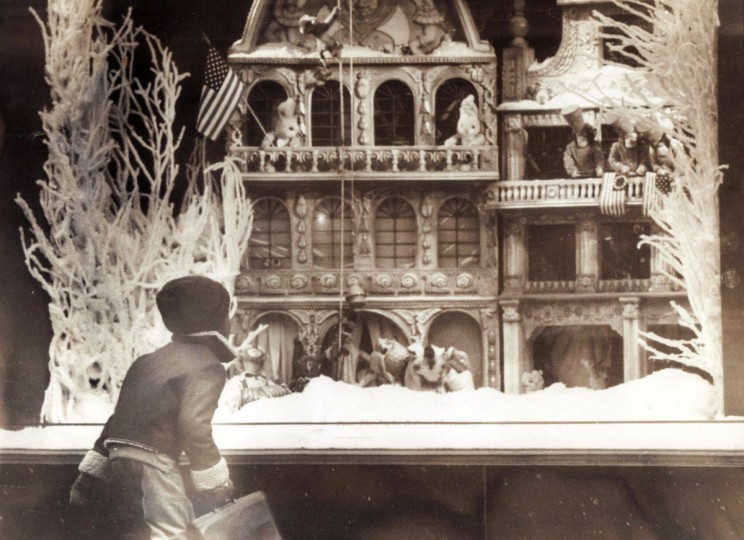 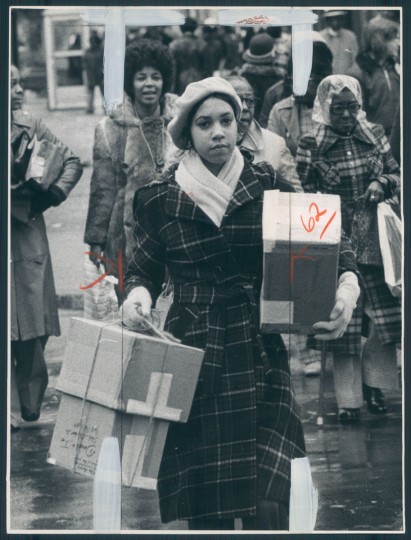 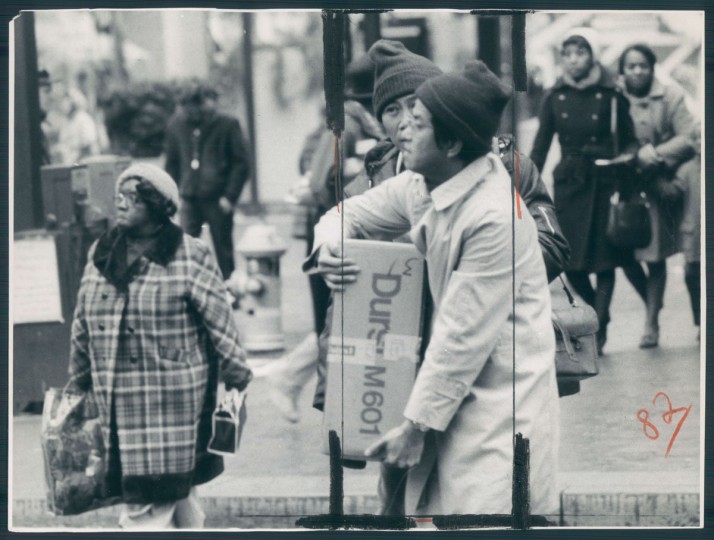 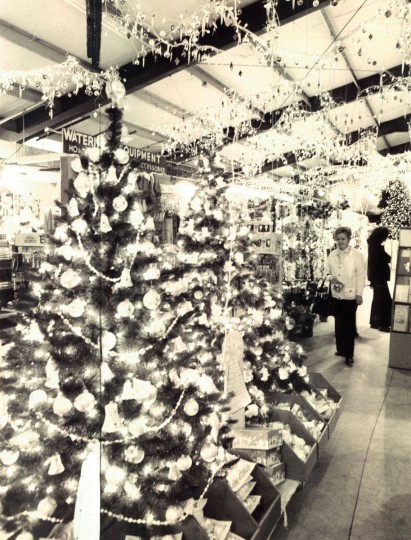 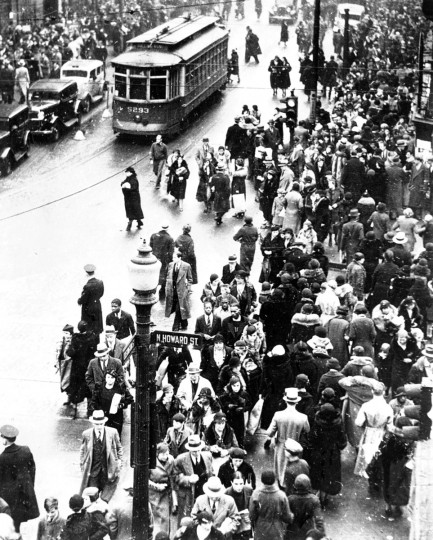 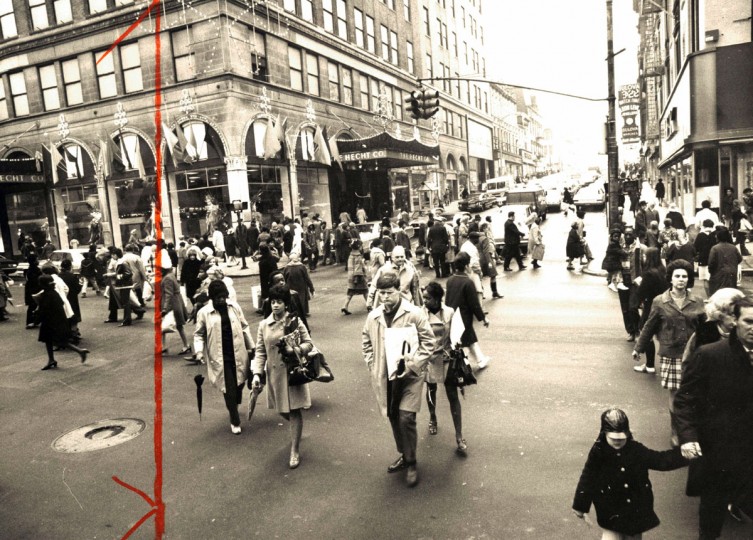 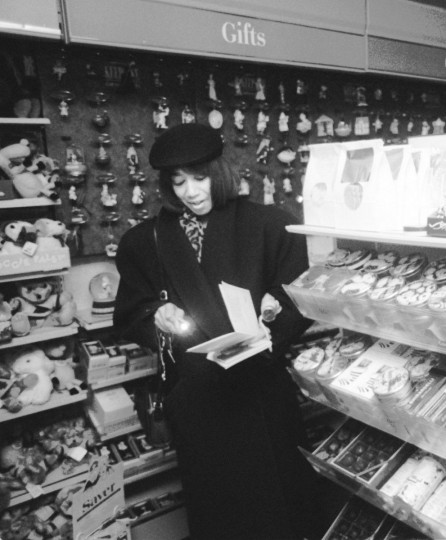 Debbie Alton, Ellicott City, shops for a birthday card for her husband by pen light in a dark Harvey’s Office Supplies in the Rotunda. This store, like others in the area, was affected by the fire that burned power cables near the BGE Cold Spring Substation. (Kim Hairston/Baltimore Sun) 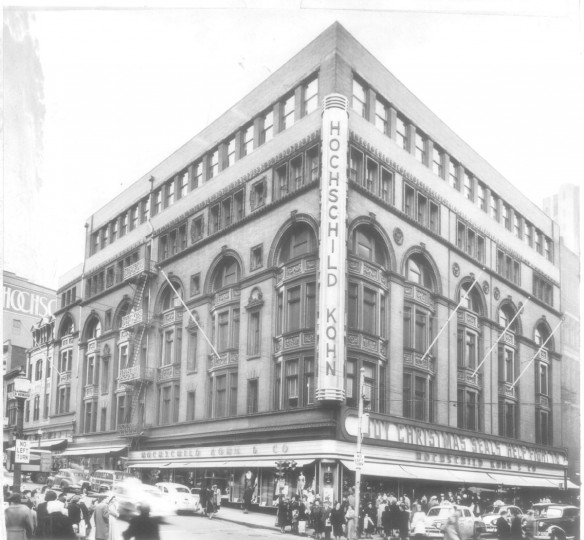 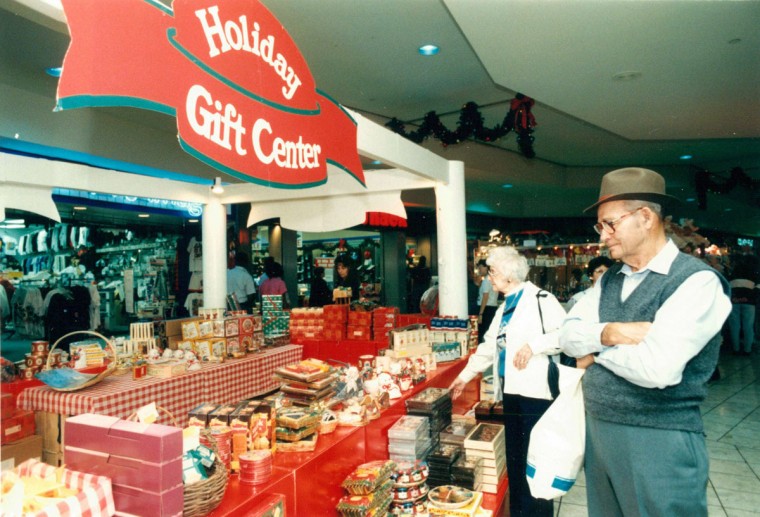 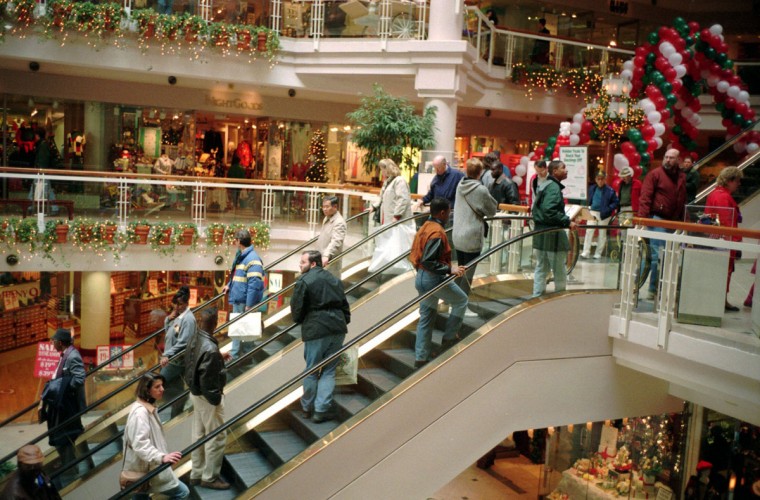 December 18, 1993–Christmas shoppers at The Gallery Inner Harbor. Story about throngs of holiday shoppers and how they can get good service. (Mark Bugnaski/Baltimore Sun) 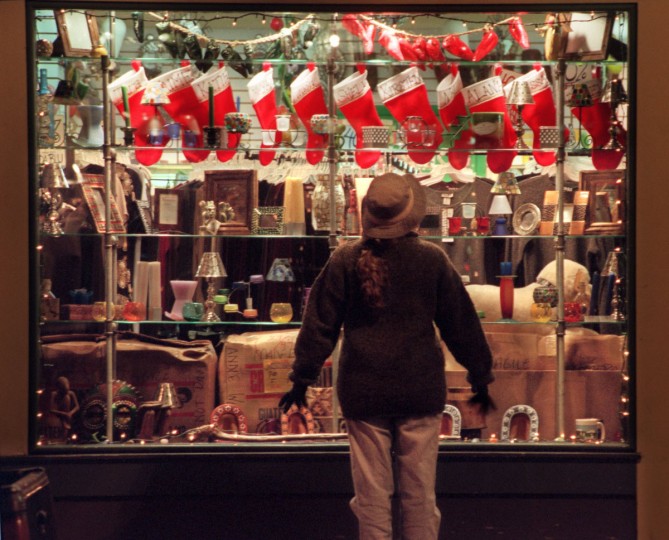 Rebecca Clary of Canton peers into the display window of The Big Iguana on Thames St as people window shop during the holiday season Sun., Dec. 13, 1998. Though many think of it as a dated kind of shopping, some say that window shopping is alive and well. (Baltimore Sun/Karl Merton Ferron)