From the vault: Baltimore-area turkey farms

Needless to say, for these gobblers, Thanksgiving is not their favorite holiday. 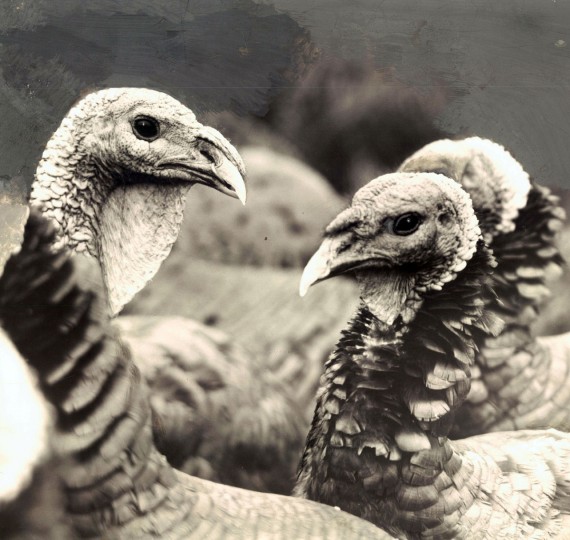 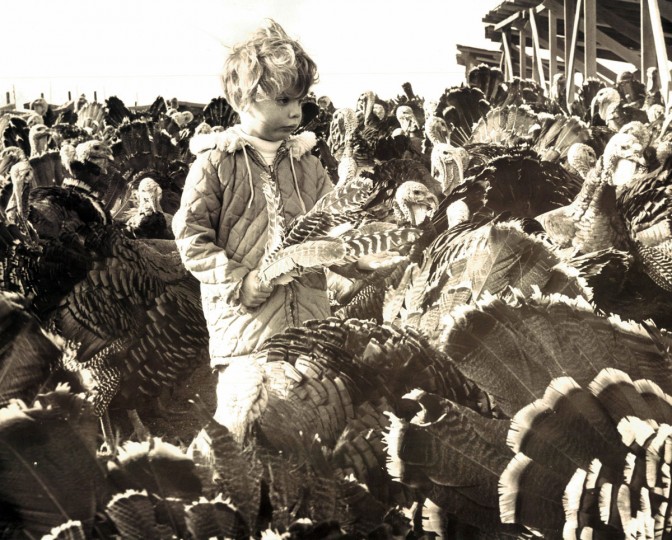 Bunny Sanner, 5, of Glencoe, is surrounded by Thanksgiving dinners on the hoof during her visit to a turkey farm in Sparks operated by M. E. Schrufer. (Joseph DiPaola, Jr/Baltimore Sun, 1964) 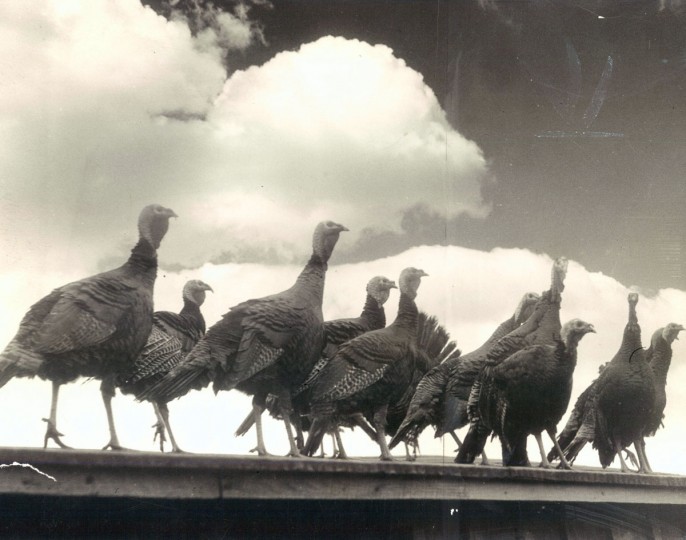 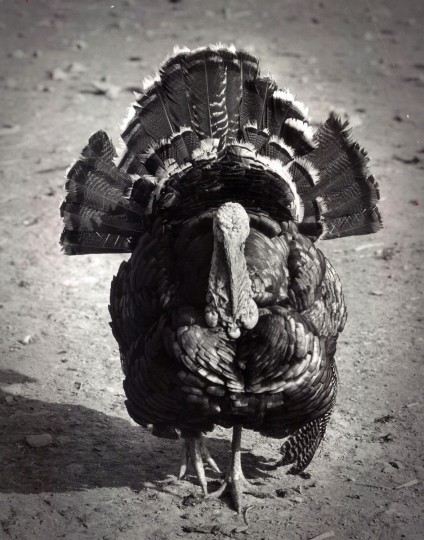 A large gobbler on the farm. (Richard Stacks/Baltimore Sun, 1964) 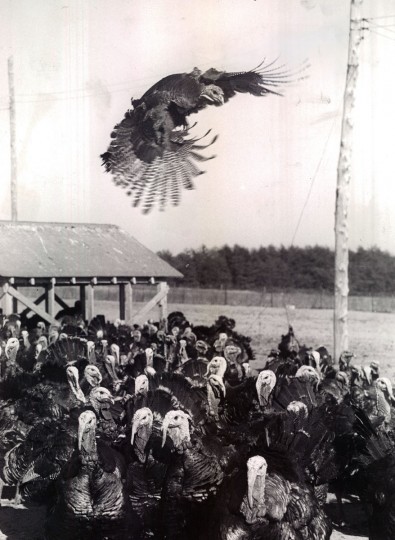 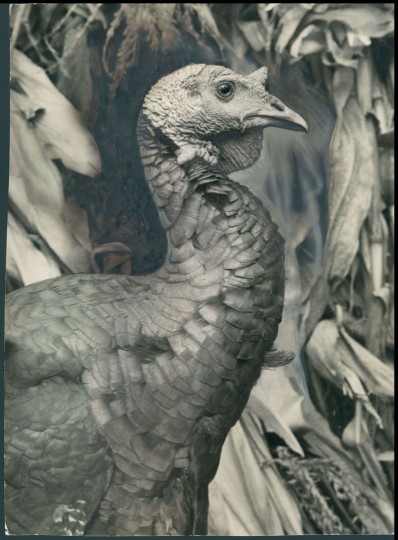 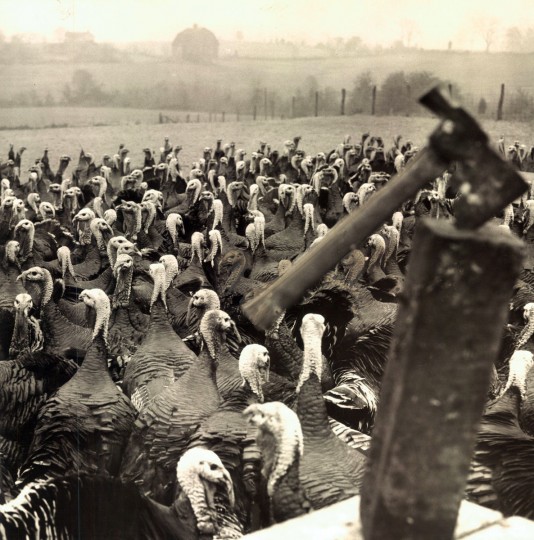 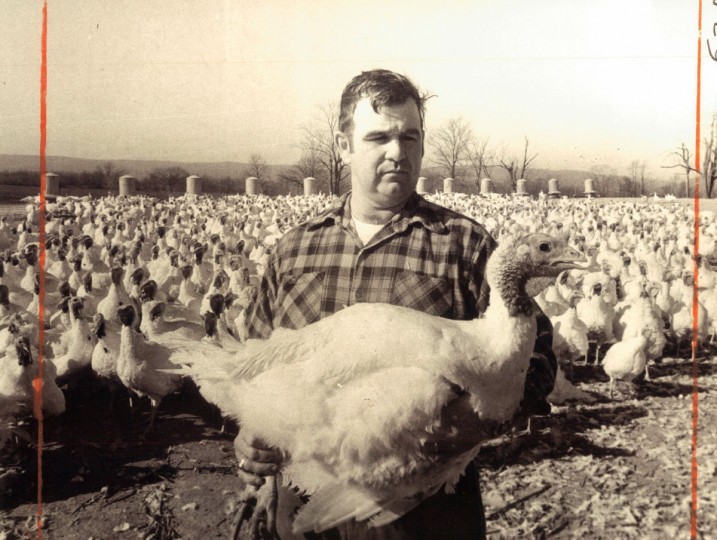 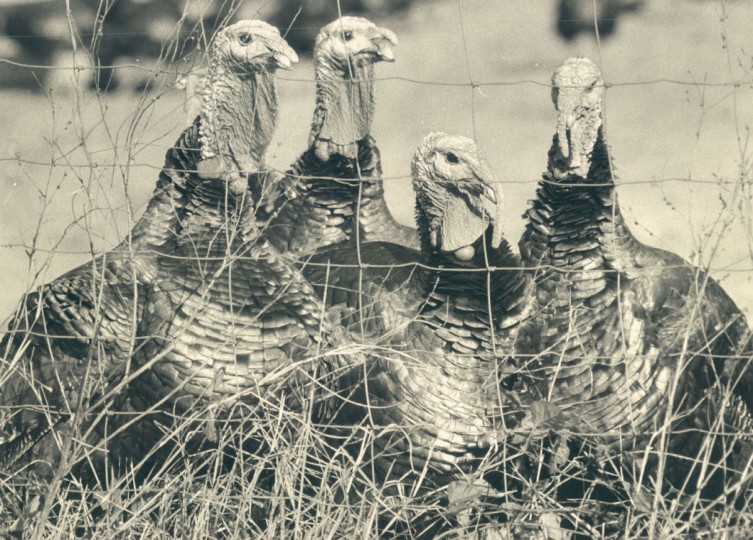 All lined up on Schramm’s Turkey Farm. (Walter McCardell/Baltimore Sun, 1975) 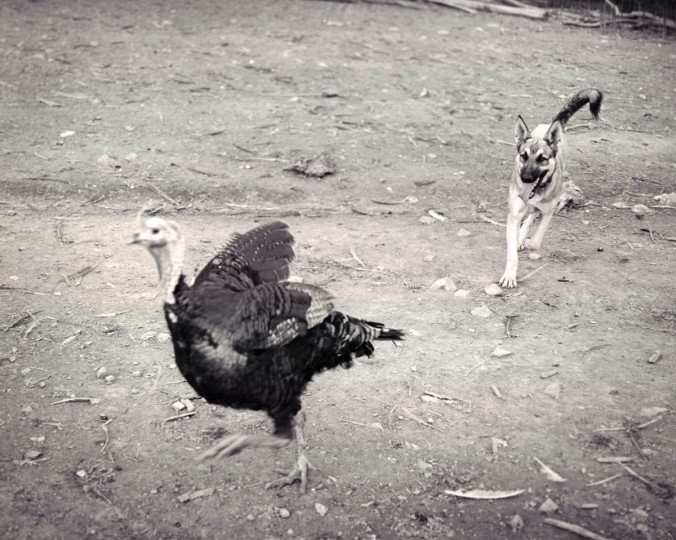 King heads off a stray and drives it back to the flock that he is herding. Most strays retrun at the mere sight of the approaching dog, but occasionally one has to be out maneuvered as in this case. (Richard Stacks/Baltimore Sun, 1962) 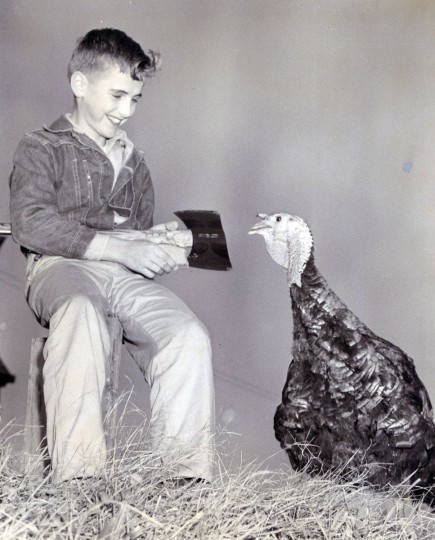 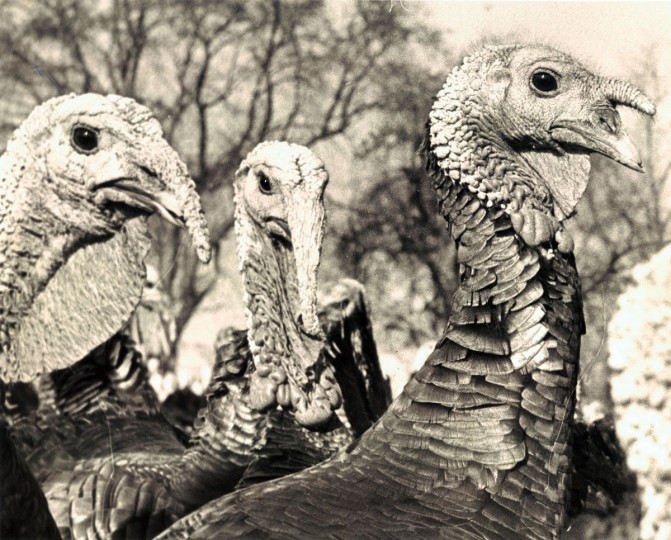 This trio of gobblers seems anything by thankful about Thanksgiving. They’re waiting it out on Milton E. Schrufer’s farm near Sparks, Md. (Ralph Robinson/Baltimore Sun, 1963) 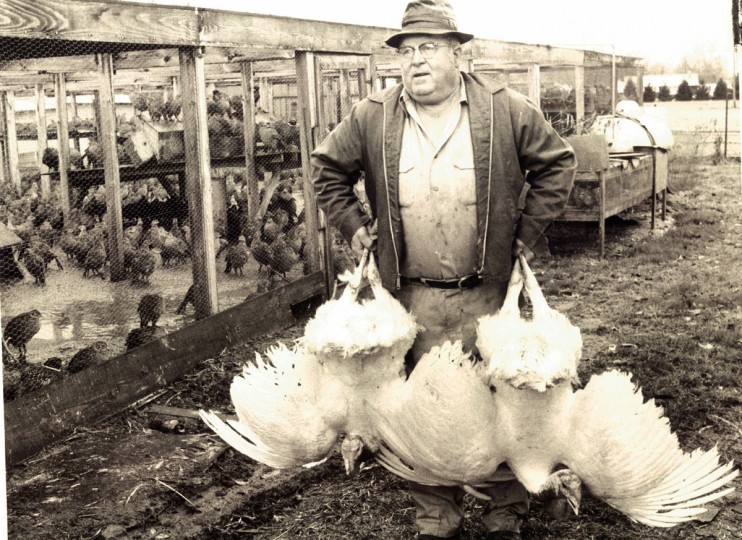 Joseph Farlow, a veteran of 28 years raising turkeys for holidays, hold 2 of his 1,600 birds on his farm in Salisbury. (Joseph DiPaola/Baltimore Sun, 1975) 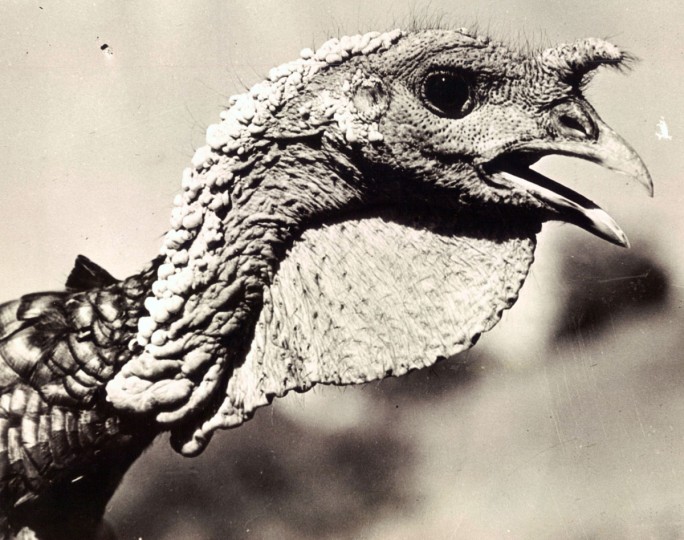 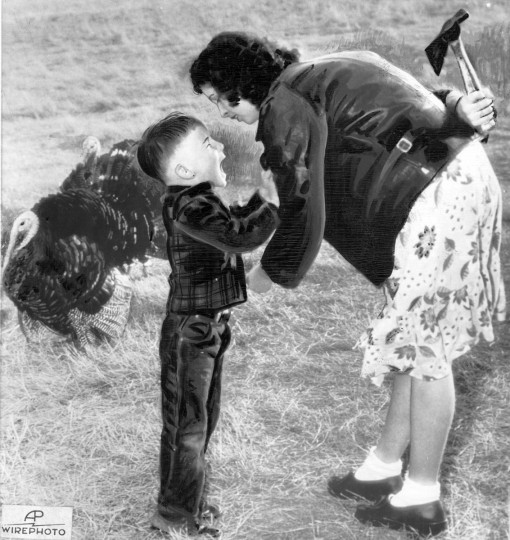 Mike Smith, 5, pleads with his mother who prepared to kill one of their turkeys for Thanksgiving dinner. The Smiths are considering chicken for Thanksgiving. (AP Wirephoto) 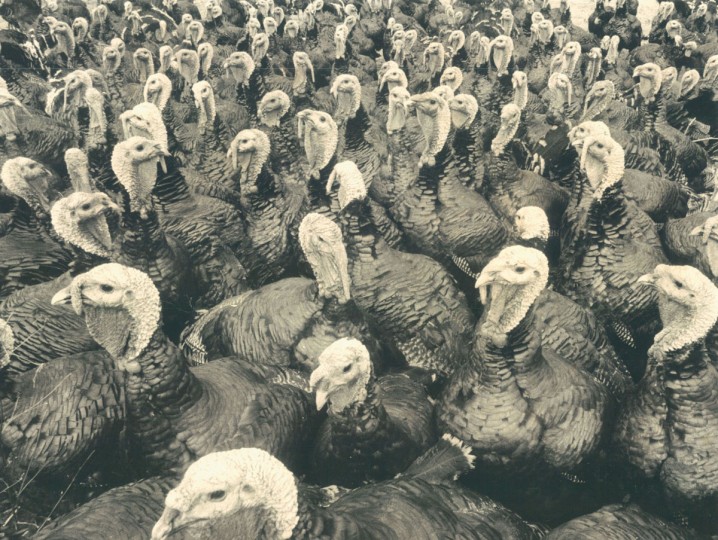 What these denizens of local turkey farm fowl will be giving tomorrow is, more than likely, their skinny necks. They certainly don’t appear overjoyed at their excellent prospects of gracing someone’s Thanksgiving table. (Joseph A. DiPaola/Baltimore Sun, 1973) 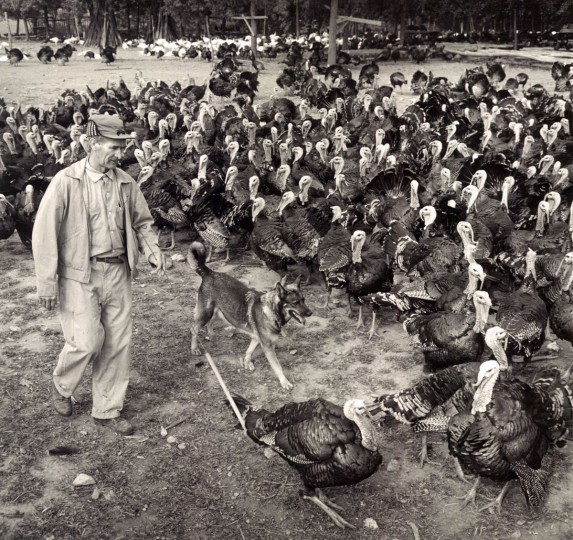 November 18, 1962 – IF CATTLE, WHY NOT TURKEYS, TOO? – Dogs that can herd one should be able to herd the other, this Marylander figured – and so he taught two to handle his flocks — Ten-month-old King bunching up a flock of turkeys. He is one of two German shepherd dogs that Howard N. Curtis has trained to do this work. (Richard Stacks/Baltimore Sun) 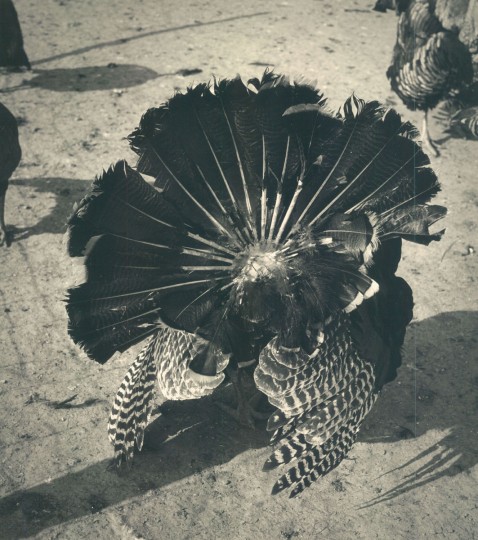 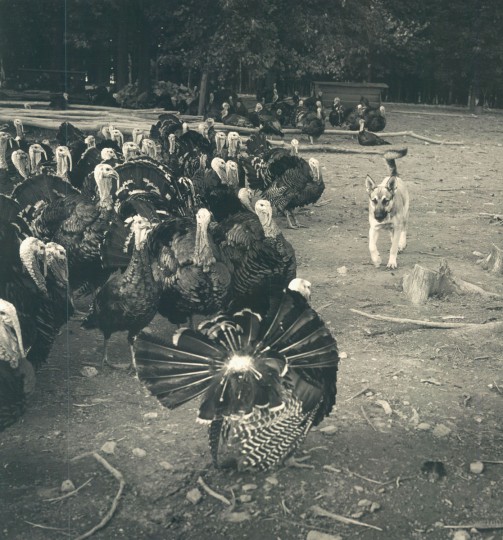 Turkeys at the farm of Eber Pysle in Shady Grove, Pa. (Baltimore Sun, 1945) 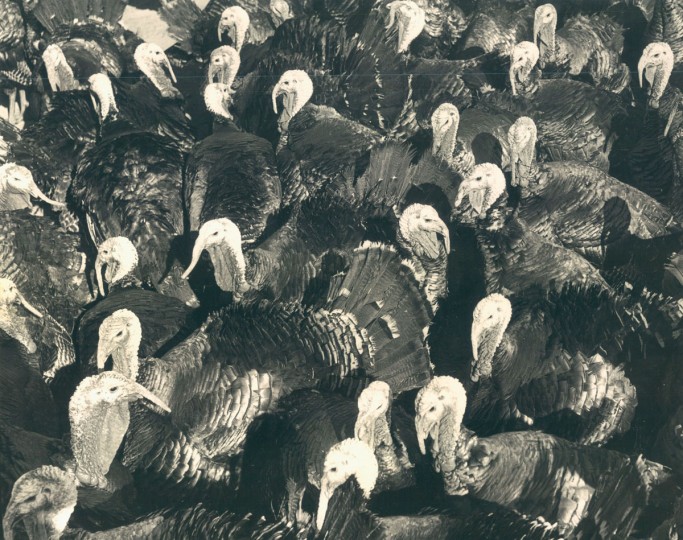 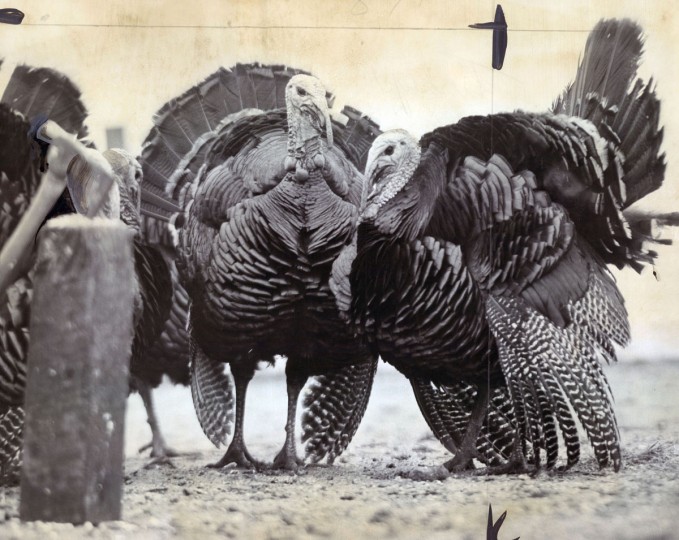 Randy Fischer might well be wondering if this 35-pound tom turkey will look as imposing on Thanksgiving. (AP Wirephoto, 1959) 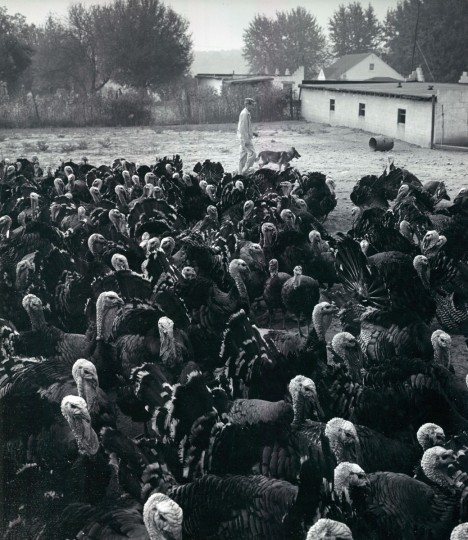 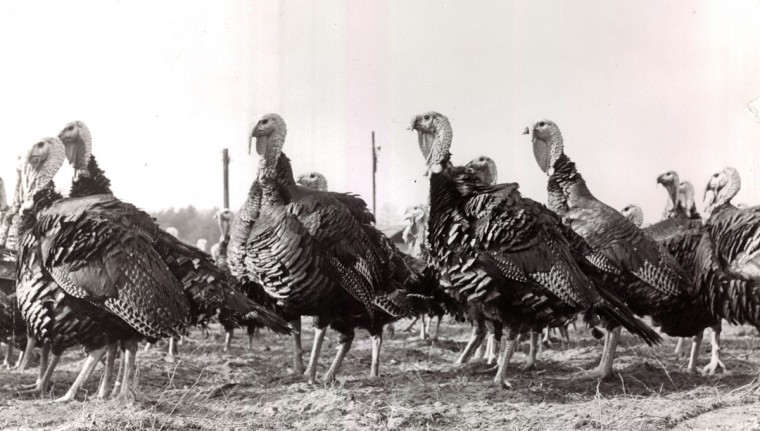 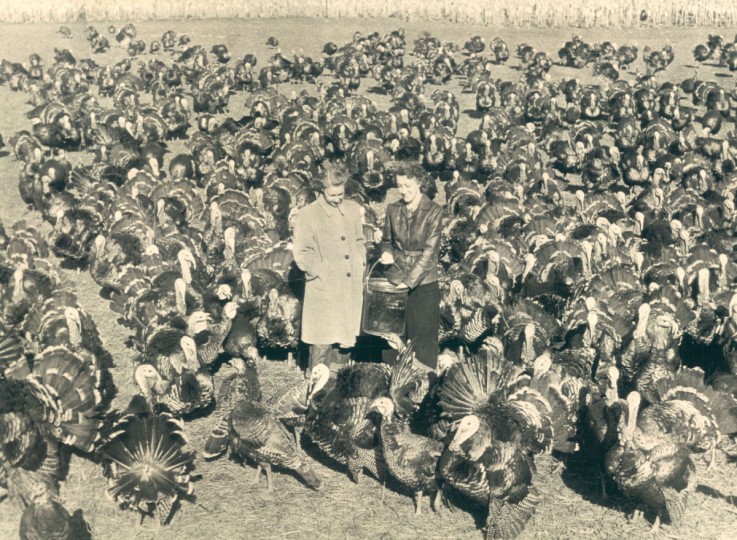 Mrs. Childley feeds some 1,350 turkeys on her farm. (AP Wirephoto) 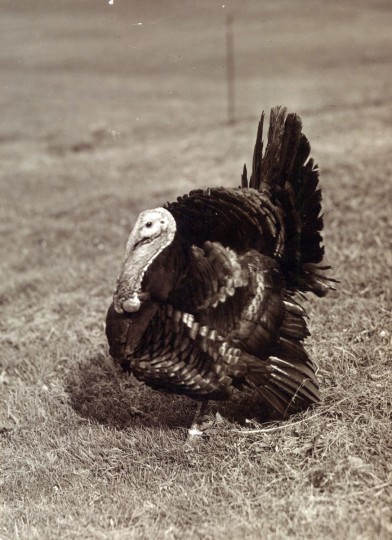 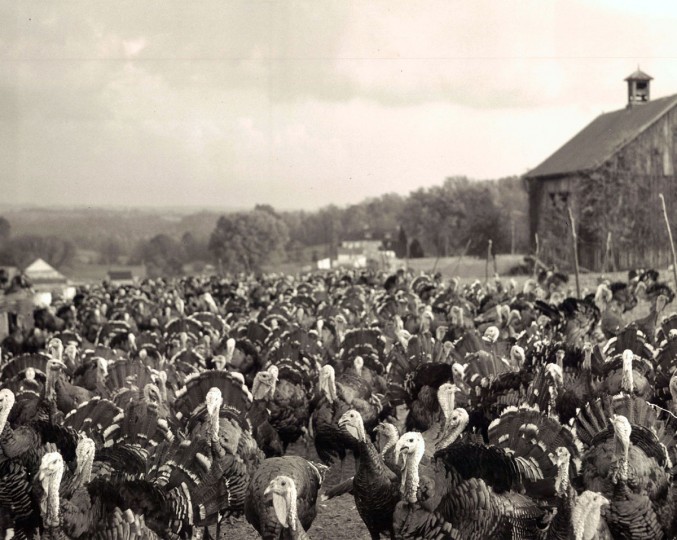 A few of the 4,000 turkeys located on the Hab Nab Turkey Farm, twenty miles out of Baltimore on York Road. (Robert Mottar/Baltimore Sun, 1947) 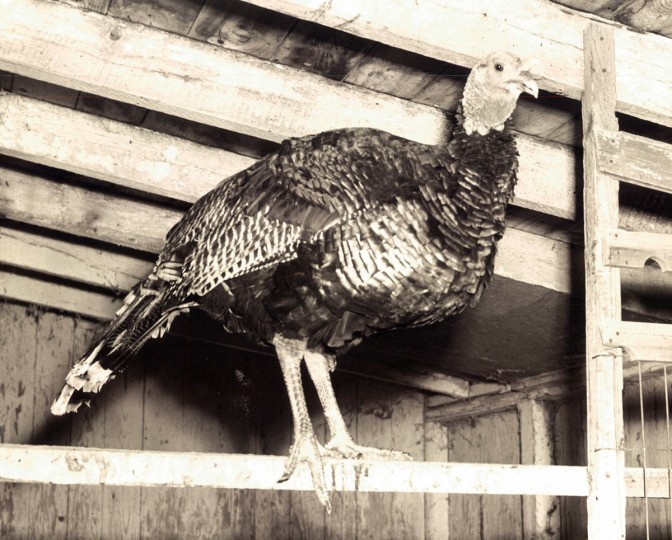 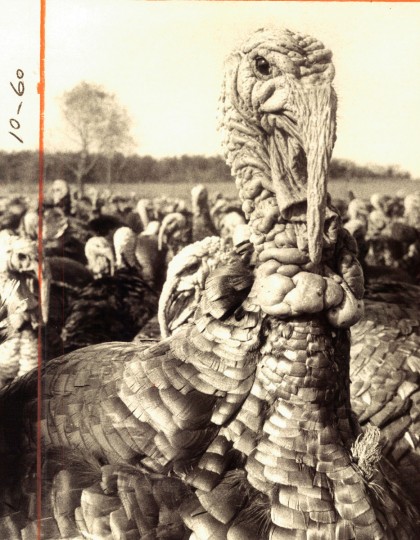 November 24, 1971 – TURKEY TALK AT PASADENA — There was a lot of gobbling yesterday on Schramm’s turkey farm near Pasadena, where some people went to select a turkey for the traditional Thanksgiving platter and others took their children to see the birds in their natural state. Turkey sales have been brisk in the metropolitan area. Cold, wet weather is predicted for Thanksgiving. (Clarence B. Garrett/Baltimore Sun) 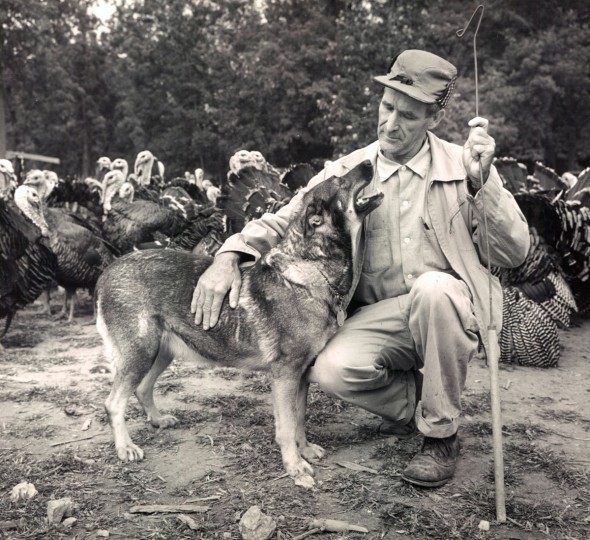 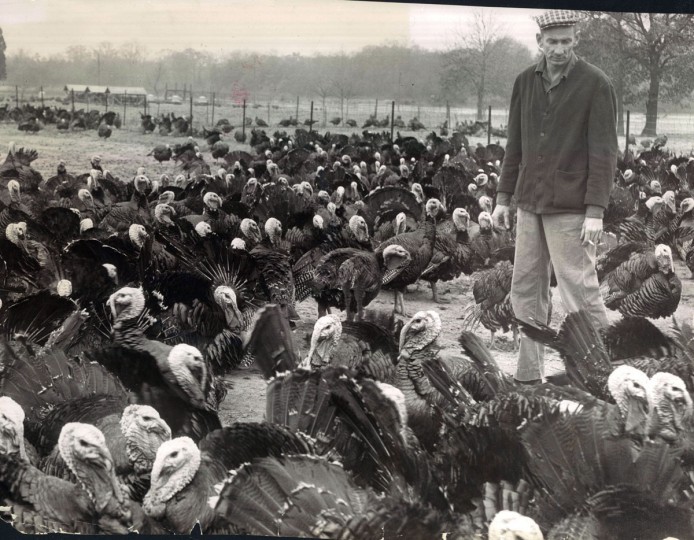