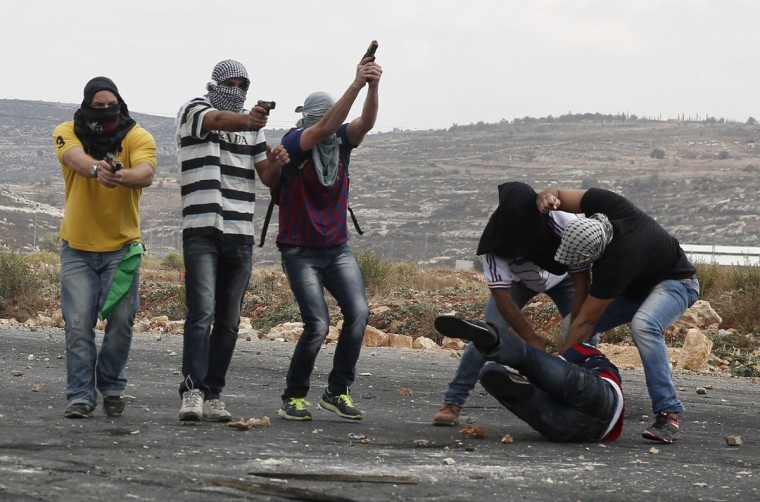 Infiltrated members of the Israeli security forces detain a Palestinian stone thrower and aim their weapons at fellow protesters during clashes in Beit El, on the outskirts of the West Bank city of Ramallah, on October 7, 2015. New violence rocked Israel and the Israeli-occupied West Bank, including a stabbing in annexed east Jerusalem, even as Israel and Palestinian president Mahmud Abbas took steps to ease tensions. (AFP Photo/Abbas Momani) 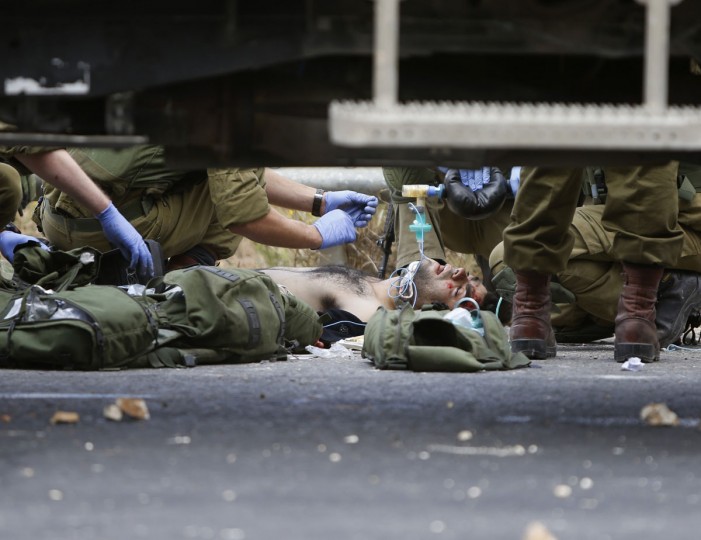 Israeli soldiers treat Palestinians wounded during clashes between Palestinians and Israeli military forces, near Ramallah, West Bank, Wednesday, Oct. 7, 2015. Israel’s prime minister says he is calling off a planned trip to Germany because of a wave of violence between Israelis and Palestinians. A statement from Benjamin Netanyahu’s office Wednesday said the Israeli leader would not depart for the two-day visit so that he could “closely monitor the situation.” (AP Photo/Majdi Mohammed) 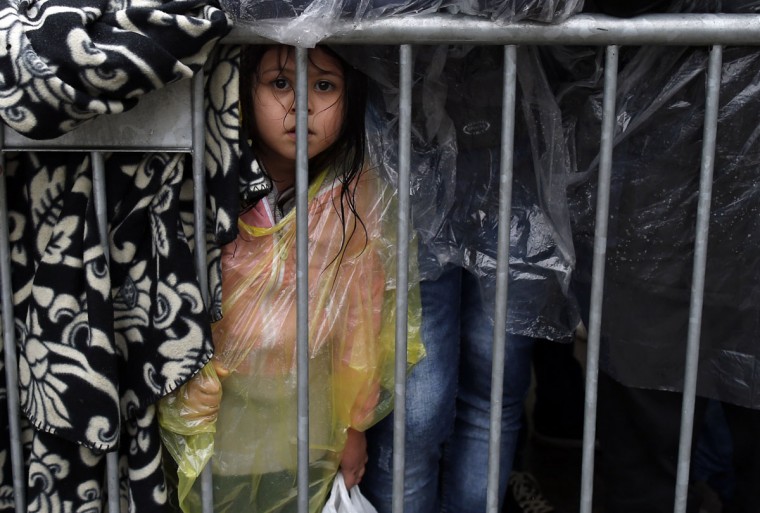 A migrants girl waits to register with the police at a refugee center in the southern Serbian town of Presevo, Wednesday, Oct. 7, 2015. Several Eastern European countries are cooperating on controlling the flow of migrants at the external borders of the European Union ó a program a top Hungarian official said Tuesday could set an example for the rest of the 28-nation bloc. (AP Photo/Darko Vojinovic) 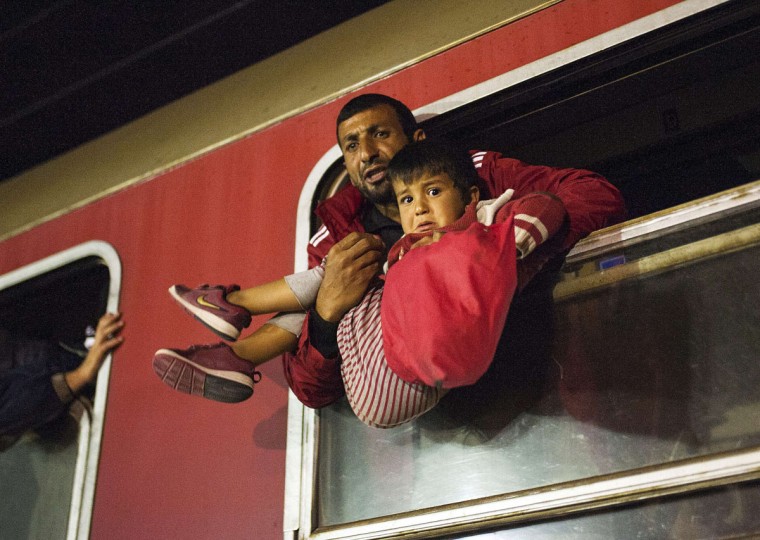 A man holds a child in a train heading to Serbia from the Macedonian-Greek border near Gevgelija on October 6, 2015. Macedonia is a key transit country in the Balkans migration route into the European Union, with thousands of asylum seekers and migrants – many of them from Syria, Afghanistan, Iraq and Somalia – entering the country every day. The EU said a controversial programme to relocate 40,000 refugees within the bloc from overstretched frontline states would formally start on October 9 when a group of Eritreans will travel to Sweden from Italy. (AFP Photo/Robert Atanasovski) 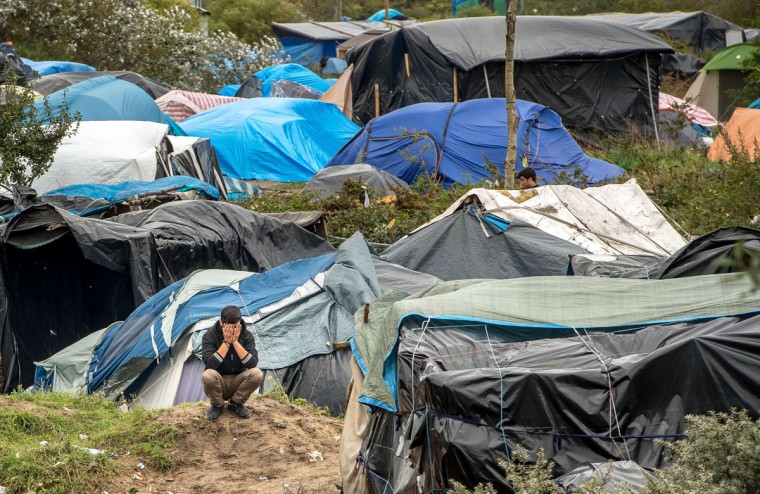 A picture taken in Calais on October 7, 2015 shows a site dubbed the “New Jungle”, where some 3,000 people have set up camp — most seeking desperately to get to England, . The slum-like migrant camp sprung up after the closure of notorious Red Cross camp Sangatte in 2002, which had become overcrowded and prone to violent riots. However migrants and refugees have kept coming and the “New Jungle” has swelled along with the numbers of those making often deadly attempts to smuggle themselves across the Channel. (AFP Photo/Philippe Huguen) 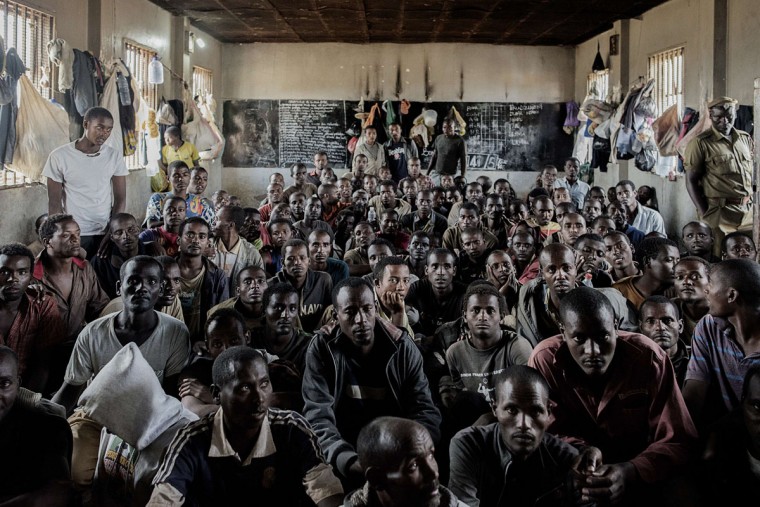 Some of the 200 Ethiopian nationals detained in Maula Prison for illegal immigration sit on the floor of the prison in Lilongwe, Malawi, on June 1, 2015. Malawi, which is a transit route for many Ethiopians, Somalis and other Africans seeking work in South Africa, says it has seen a sharp rise in migrants in recent months. (AFP Photo/Mauricio Ferretti) 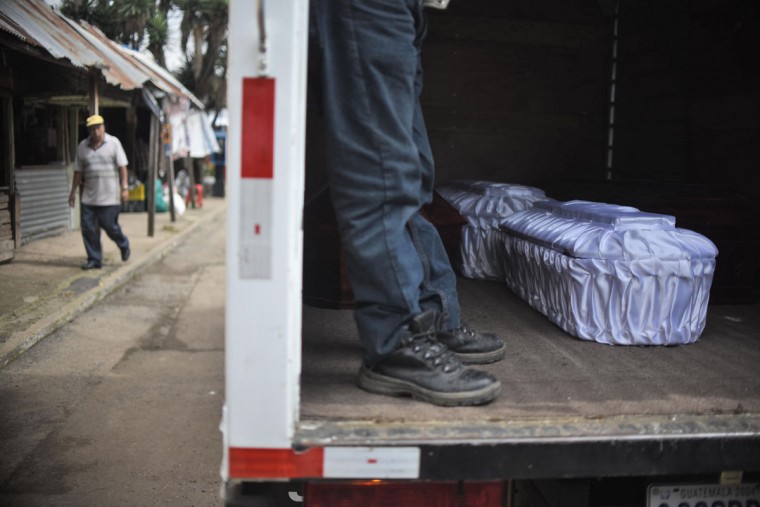 Two coffins of victims of past Thursday’s landslide are seen on a truck during a funeral in Santa Catarina Pinula municipality, some 15 km east of Guatemala City, on October 6, 2015. At least 161 people were killed when massive mudslides buried scores of homes on the outskirts of Guatemala’s capital city, as the death toll continues to climb. An estimated 300 people are still missing. (AFP Photo/Johan Ordonez) 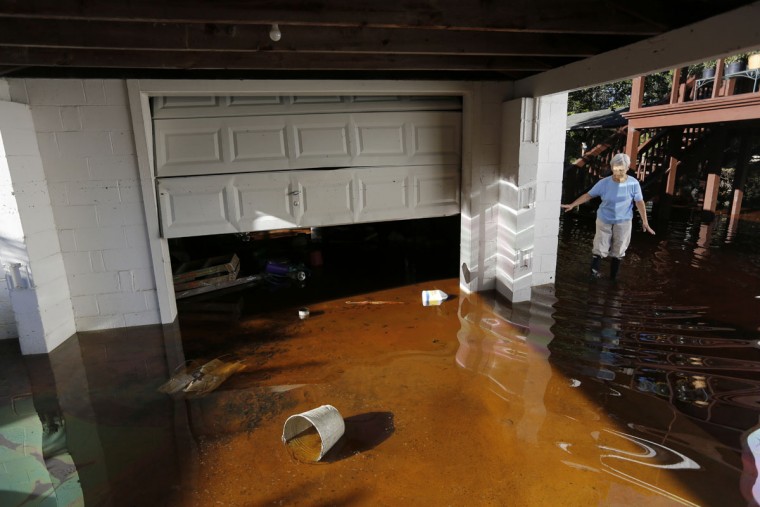 Roberta Albers walks around her home after the floodwaters start to recede at French Quarter Creek in Huger, S.C., Wednesday, Oct. 7, 2015. French Quarter Creek is prone to flooding, but all residents who have lived there for several decades say this is the worst it has ever been. (AP Photo/Mic Smith) 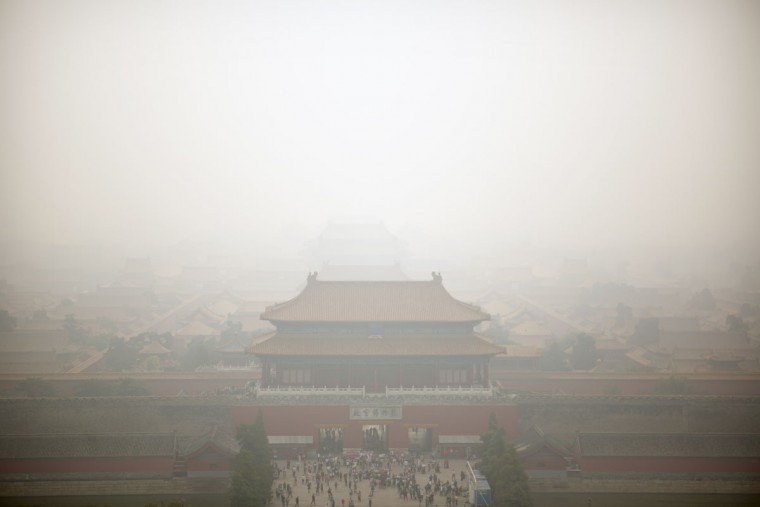 Haze envelops the Forbidden City as seen from nearby hilltop park on a polluted day in Beijing, Wednesday, Oct. 7, 2015. Wednesday is the last day of China’s weeklong National Day holiday, traditionally a peak time of the year for tourist travel, but for the second day in a row air quality readings in Chinese capital were at levels considered hazardous by international measuring standards. (AP Photo/Mark Schiefelbein) 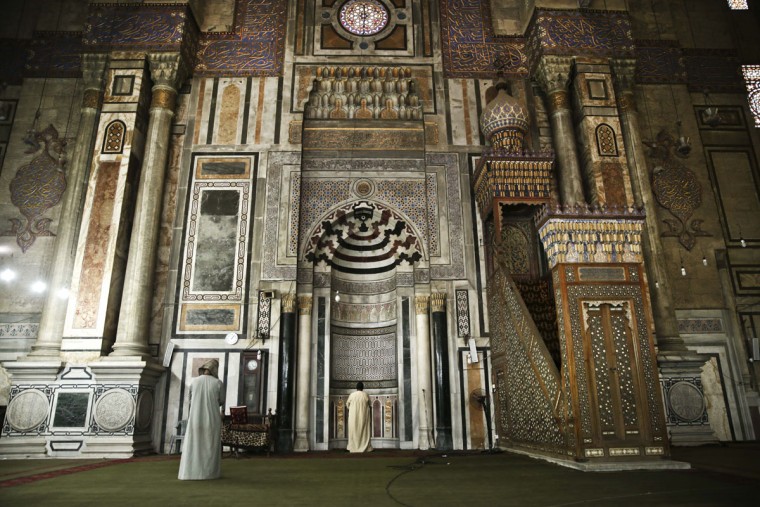 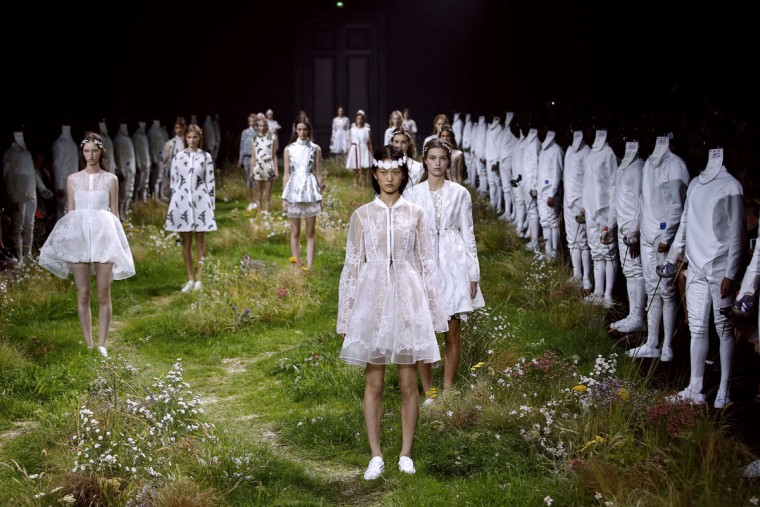 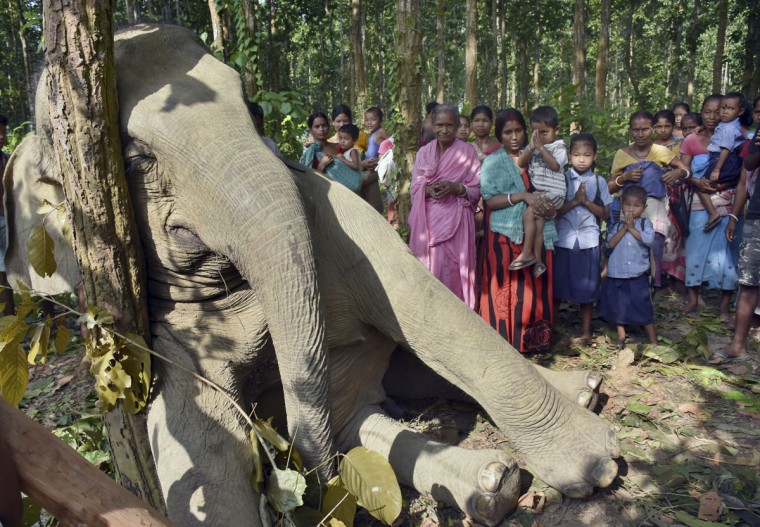 An Indian boy offers prayers as others gather near a dead elephant at Bagulamari, in Goalpara in the eastern Indian state of Assam, Wednesday, Oct. 7, 2015. The wild adult elephant was killed when a tree that he had uprooted to eat fell on an electric tower just past midnight on Tuesday. Locals told the photographer that the rest of the herd of 20-25 elephants tried to help but were scared by the jolts of power and finally had to abandon the pachyderm. (AP Photo/Vishma Thapa) 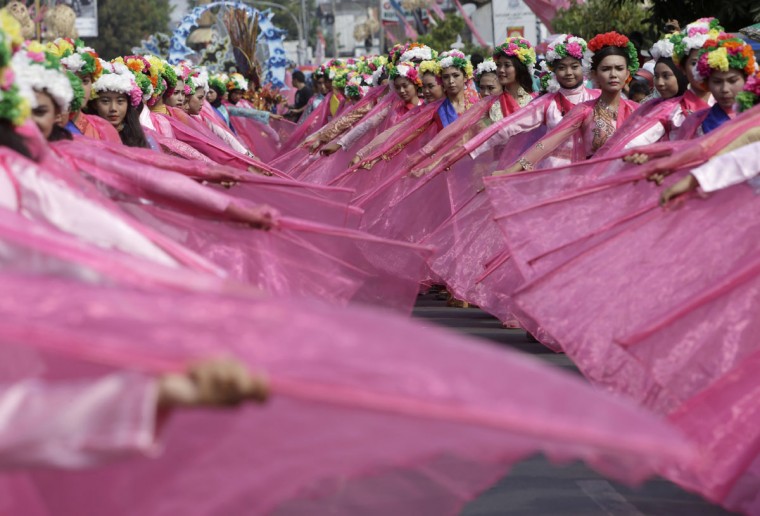 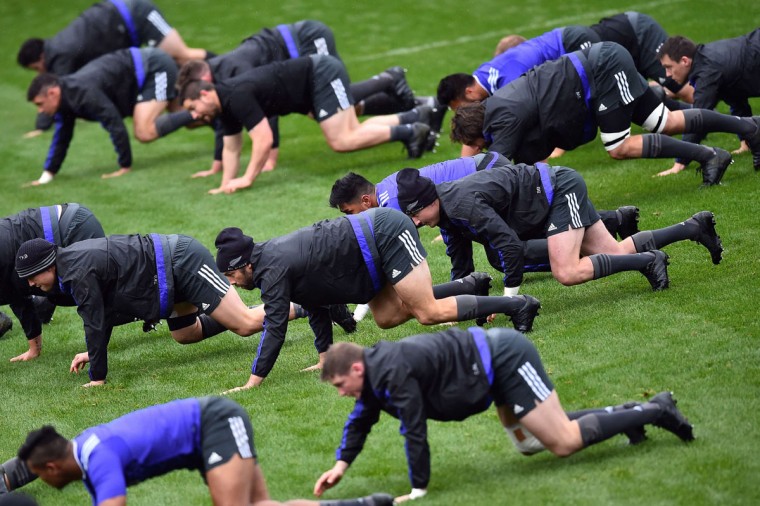 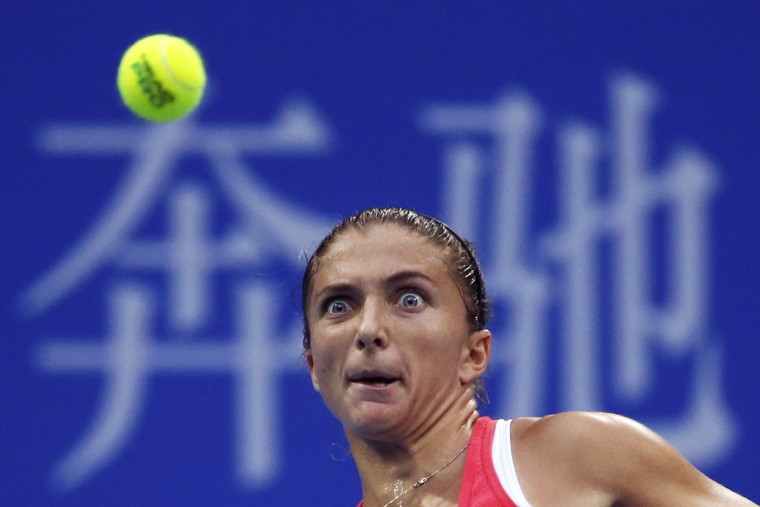 Sara Errani of Italy eyes on the ball as she plays against Andrea Petkovic of Germany during their third round women’s singles match of the China Open tennis tournament at the National Tennis Stadium in Beijing, Wednesday, Oct. 7, 2015. (AP Photo/Andy Wong) 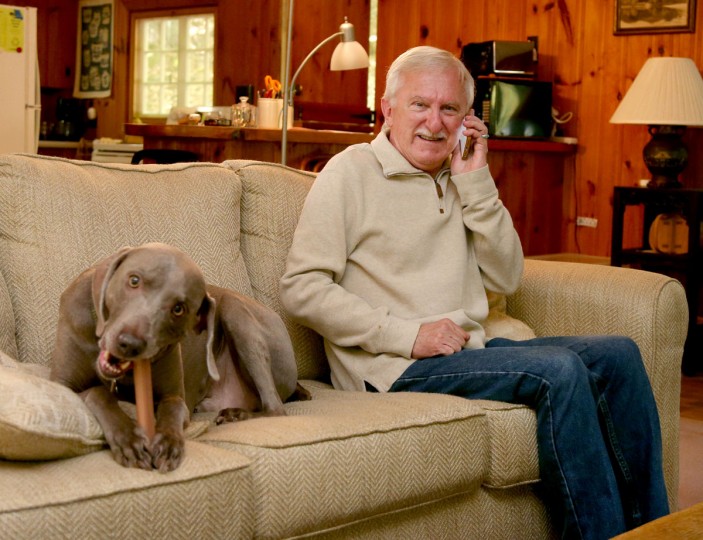 Paul Modrich takes a phone call as he sits on the couch with his dog Dover at his vacation home in Rumney, N.H., Wednesday, Oct. 7, 2015. Modrich, an investigator at Howard Hughes Medical Institute and professor at Duke University School of Medicine in Durham, N.C., is one of three scientists who won the Nobel Prize in chemistry on Wednesday for showing how cells repair damaged DNA, work that has inspired the development of new cancer treatments. (AP Photo/Mary Schwalm) 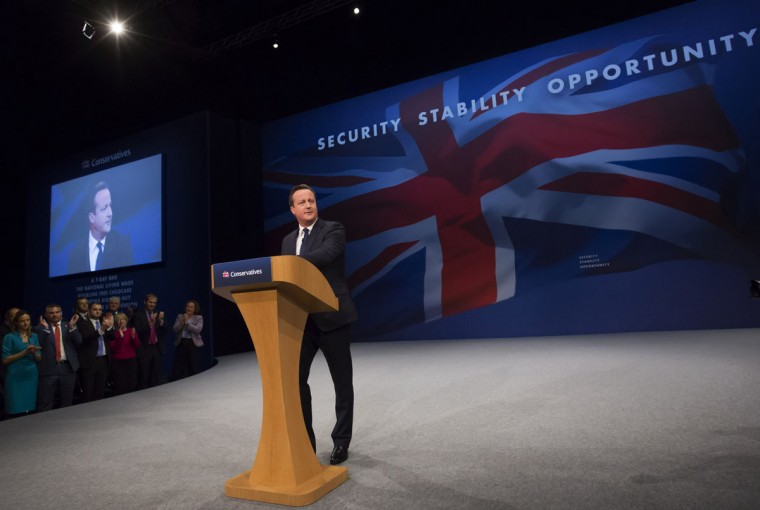 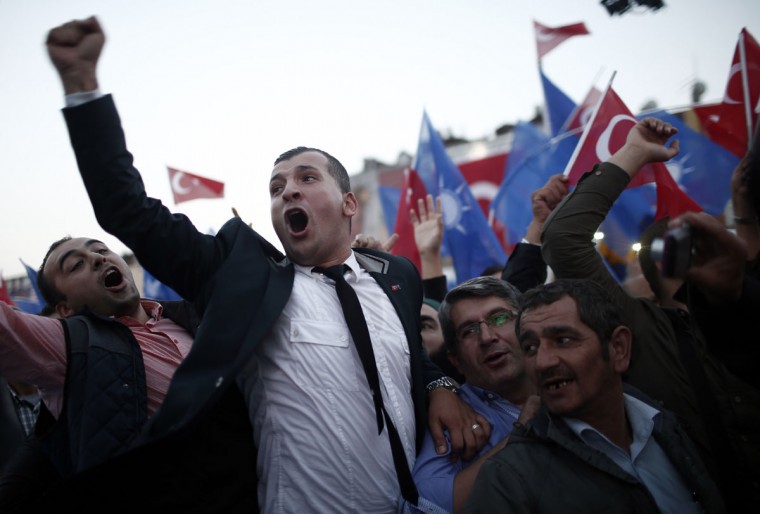 Supporters of Turkey’s Justice and Development Party (AKP) celebrate as their leader and Turkish Prime Minister Ahmet Davutoglu arrives to deliver a speech during a rally, in Istanbul, Turkey, Wednesday, Oct. 7, 2015. Turkey goes to elections on Nov. 1, 2015. (AP Photo/Emrah Gurel) 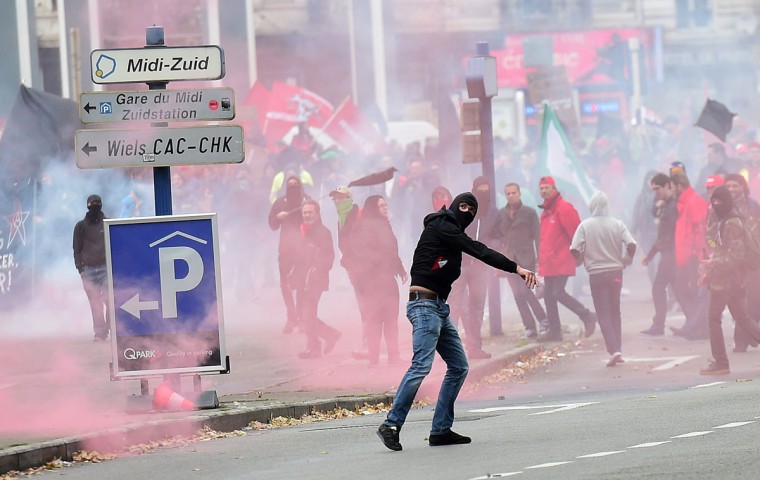 A demonstrator hurls a missile towards police as clashes erupted at a march against government reforms and cost-cutting measures in Brussels on October 7, 2015. Tens of thousands of Belgian protesters took to the streets of Brussels to rally against austerity measures introduced by the government of Prime Minister Charles Michel, police and trade unions said. (AFP Photo/Emmanuel Dunand)