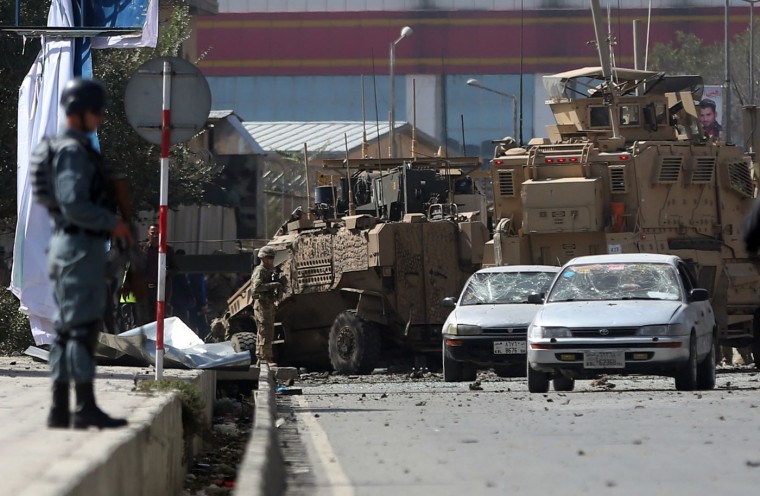 Afghan and foreign soldiers inspect the site of a bomb attack that targeted several armored vehicles belonging to forces attached to the NATO Resolute Support Mission, in downtown of Kabul, Afghanistan, Sunday, Oct. 11, 2015. Gen. Abdul Rahman Rahimi, the Kabul city police chief, said that three Afghan civilians were wounded in the attack that damaged one of the vehicles but caused no fatalities. (AP Photo/Massoud Hossaini) 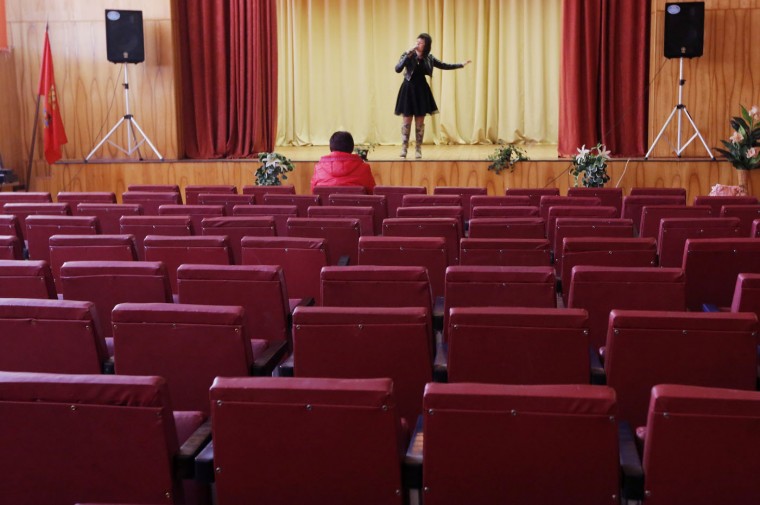 A woman listens to a singer during a concert at a polling station during the presidential election in the village of Smilovichi, 48 km (30 miles) east of Minsk, Belarus, Sunday, Oct. 11, 2015. A presidential election was under way Sunday in Belarus, where authoritarian leader Alexander Lukashenko faced no serious competition and was expected easily to win a fifth term. The opposition called for a boycott of the vote. (AP Photo/Dmitry Lovetsky) 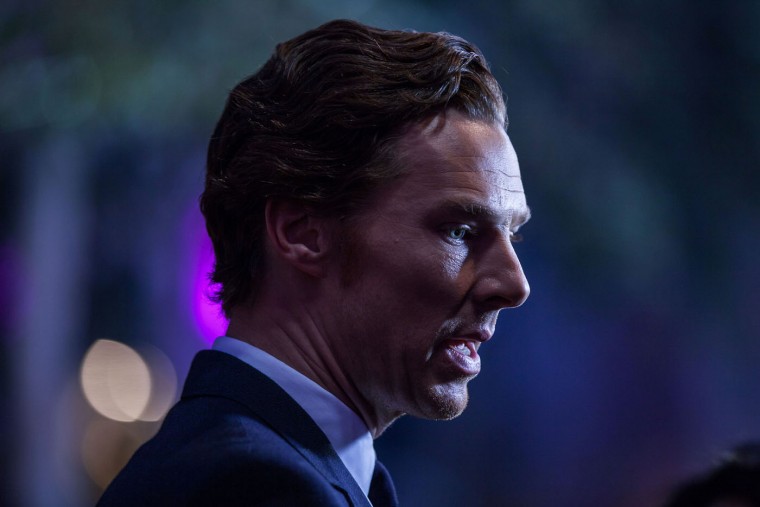 Benedict Cumberbatch poses for photographers upon arrival at the Premiere of the film Black Mass, showing as part of the London Film Festival, in central London, Sunday, Oct. 11, 2015. (Photo by Grant Pollard/Invision/AP) 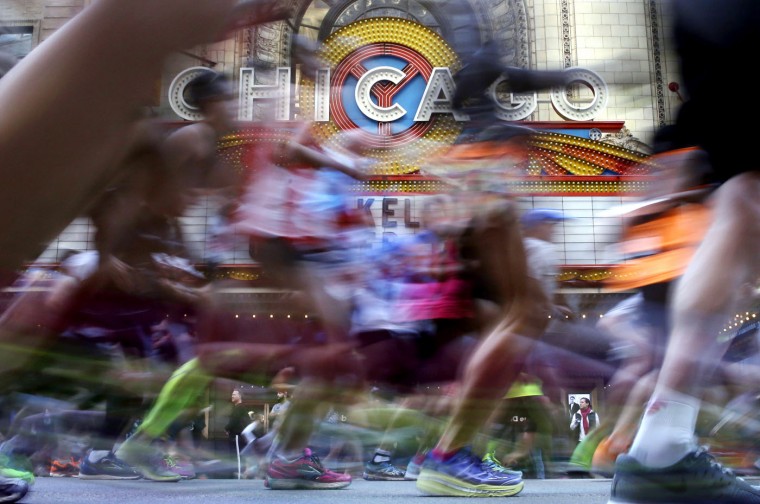 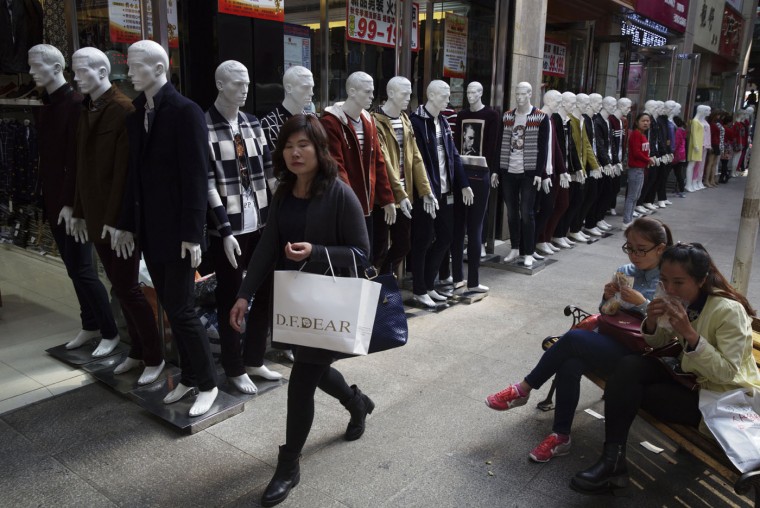 Shoppers walk past a row of mannequins at a shopping mall in Yinchuan in northwestern China’s Ningxia Hui autonomous region on Sunday, Oct. 11, 2015. China’s leaders have sought to reassure the world that China’s economy will continue to expand, despite signs that the country’s economic growth appears to be slowing. (AP Photo/Ng Han Guan) 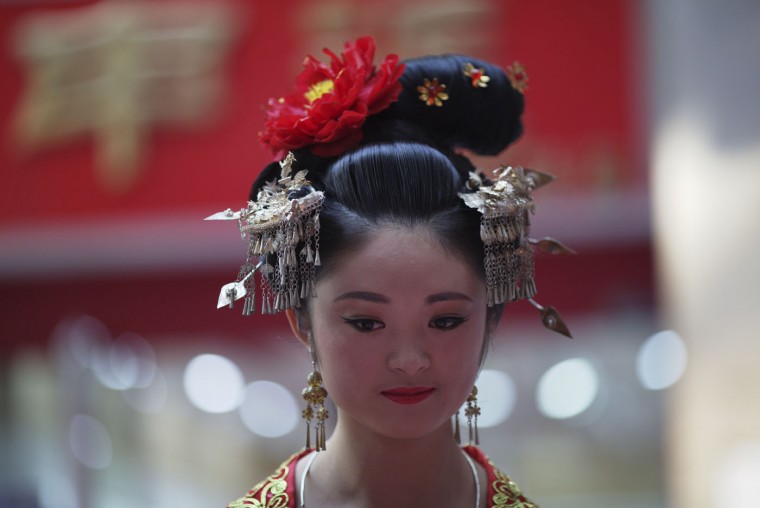 A Chinese model in traditional costumes promotes a photography service at a shopping mall in Yinchuan in northwestern China’s Ningxia Hui autonomous region on Sunday, Oct. 11, 2015. China’s leaders have sought to reassure the world that China’s economy will continue to expand, despite signs that the country’s economic growth appears to be slowing. (AP Photo/Ng Han Guan) 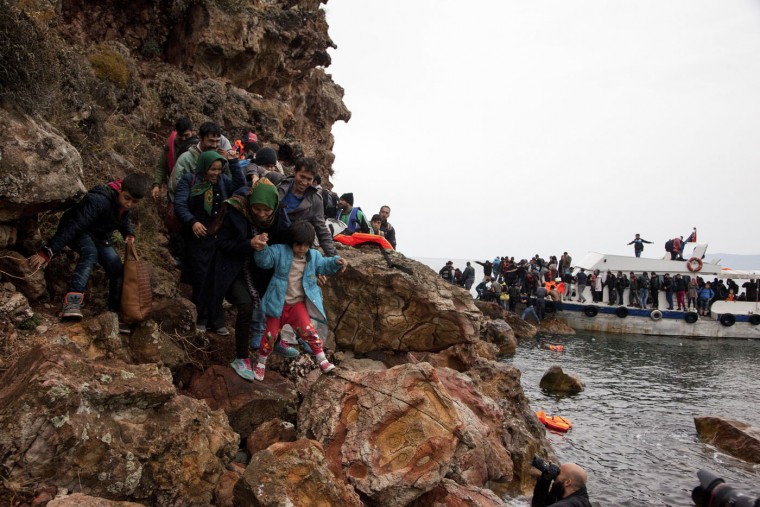 Migrants try to make their way on rocks after their arrival by boat, on the eastern Aegean island of Lesbos, Greece, Sunday Oct. 11, 2015. Greeces first hotspot, or migrant processing center, will open over the next 10 days, allowing migrants to be flown to other European Union countries, mostly of their preference, and have their asylum applications processed there, European Union officials say. (AP Photo/Antonis Pasvantis) 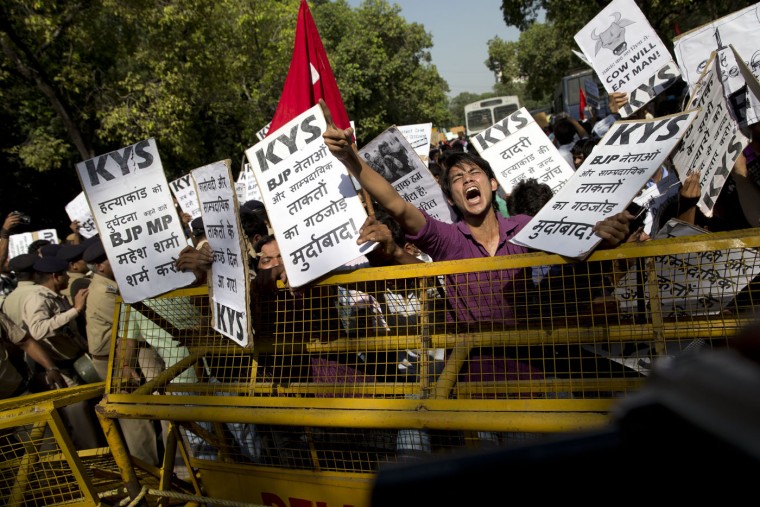 A Krantikari Yuva Sangathan (KYS) activist shouts slogans during a protest against the killing of a 52-year-old Muslim farmer Mohammad Akhlaq, in New Delhi, India, Sunday, Oct. 11, 2015. A few days ago Indian villagers allegedly beat Akhlaq to death and severely injured his son upon hearing rumors that the family was eating beef, a taboo for many among India’s majority Hindu population. The incident happened in Bisara, a village about 45 kilometers (25 miles) southeast of the Indian capital of New Delhi. Placards read, foreground, “Down with Ministers and Sectarians of India’s ruling Bharatiya Janata Party (BJP)”, left, “Shame on Mahesh Sharma, a BJP member of parliament, who called the murder as accident”. (AP Photo /Tsering Topgyal) 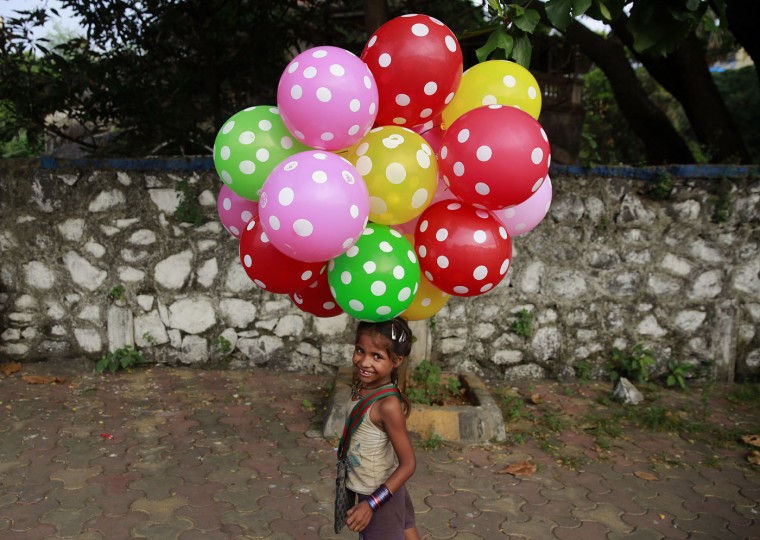 Lali carries balloons to sell on a beach in Mumbai, India, Sunday, Oct. 11, 2015. The United Nations General Assembly marks Oct. 11 as the International Day of the Girl Child, to recognize girls rights and the unique challenges girls face around the world. (AP Photo/Rafiq Maqbool) 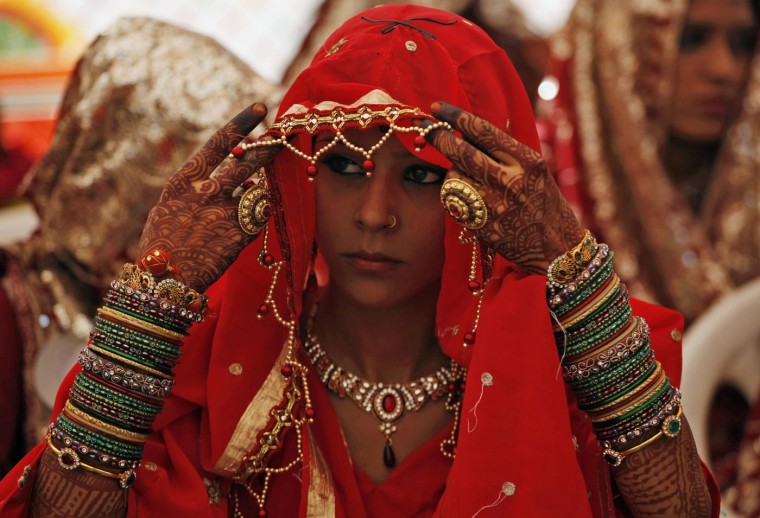 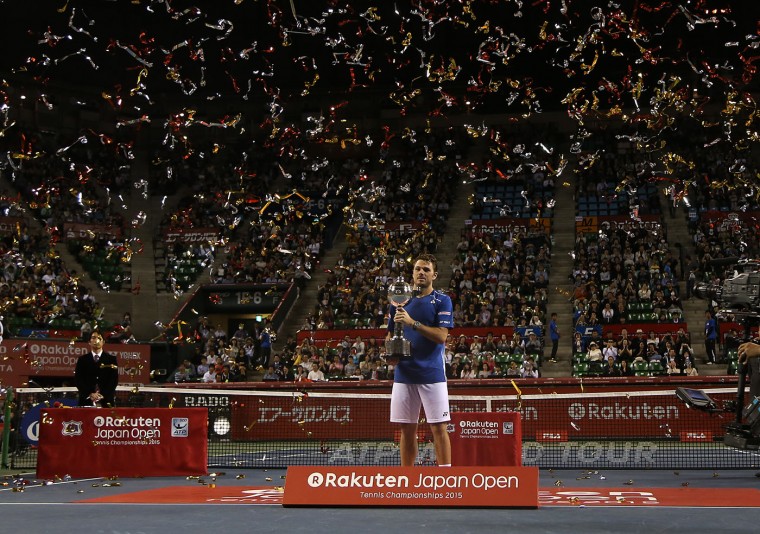 Stan Wawrinka of Switzerland holds up the championship trophy after defeating Benoit Paire of France in the championship match of the Japan Open mens tennis tournament in Tokyo, Sunday, Oct. 11, 2015. (AP Photo/Eugene Hoshiko) 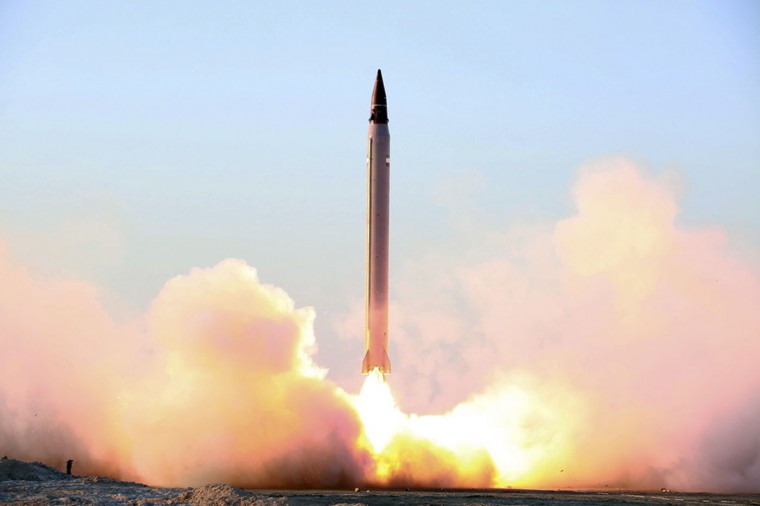 This picture released by the official website of the Iranian Defense Ministry on Sunday, Oct. 11, 2015, claims to show the launching of an Emad long-range ballistic surface-to-surface missile in an undisclosed location. Iran successfully test fired a new guided long-range ballistic surface-to-surface missile, state TV reported on Sunday. It was the first such a test since Iran and world powers reach a historical nuclear deal. Iran’s Defense Minister Gen. Hossein Dehghan, told the channel that the liquid-fuel missile “will obviously boost the strategic deterrence capability of our armed forces.” (Iranian Defense Ministry via AP) 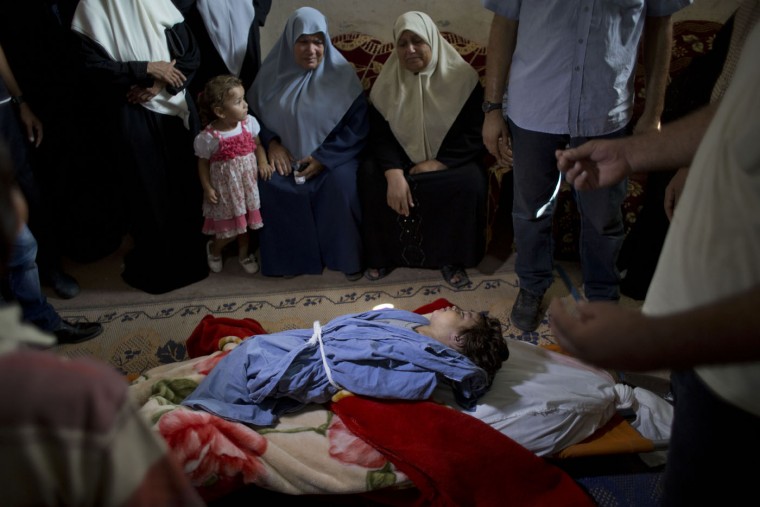 Palestinian mourners weep over the bodies of two-year-old Rahaf Hassan and her 30-year-old pregnant mother, Noor Hassan, who were killed in an Israeli air strike Sunday morning, during their funeral in the family house south of Gaza city in the Gaza Strip, Sunday, Oct. 11, 2015. In response to renewed rocket fire toward Israel, the military said it carried out airstrikes in Gaza targeting Hamas weapons manufacturing facilities. Ashraf Al-Kidra, a Health Ministry spokesman in Gaza, said a nearby home was struck, which killed Rahaf and Noor and wounded four others including Noor’s husband and son. (AP Photo/ Khalil Hamra) 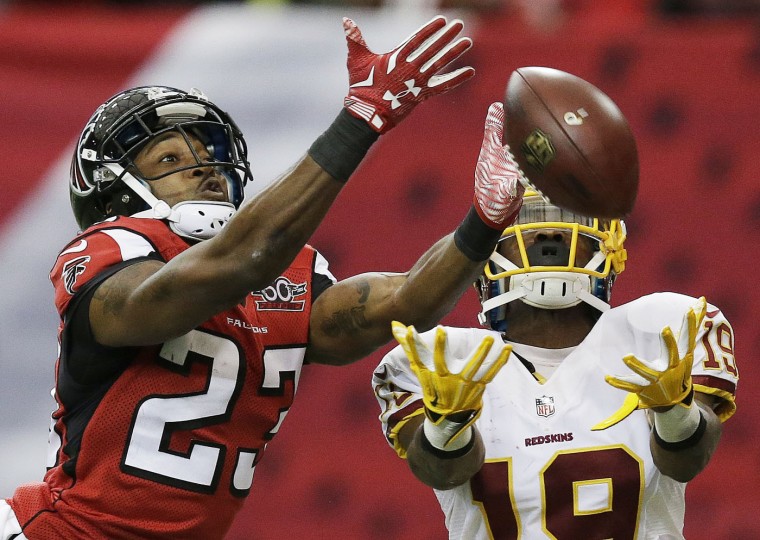 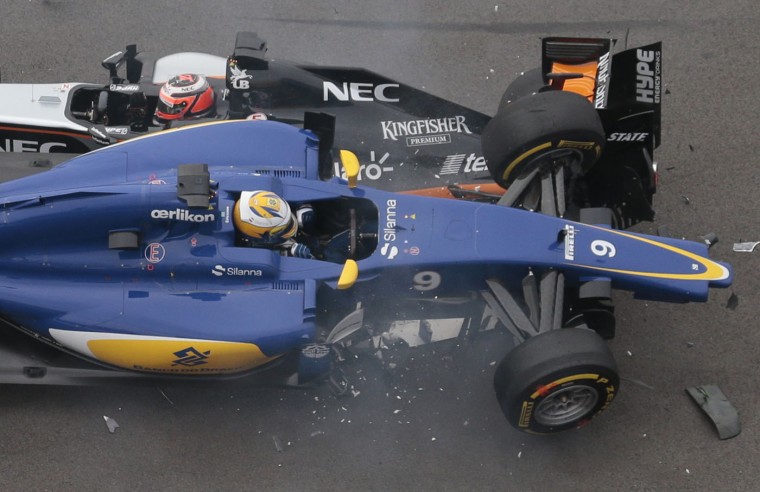 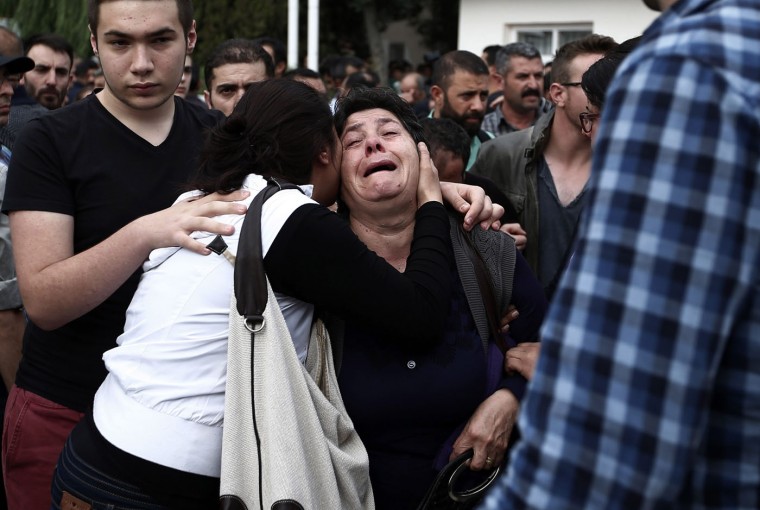 People react after Saturday’s bombing attacks, outside a hospital’s morgue, in Ankara, Turkey, Sunday, Oct. 11, 2015. Turkey declared three days of mourning following Saturday’s nearly simultaneous explosions that targeted a peace rally in Ankara to call for increased democracy and an end to the renewed fighting between the Turkish security forces and Kurdish rebels. (AP Photo/Emrah Gurel) 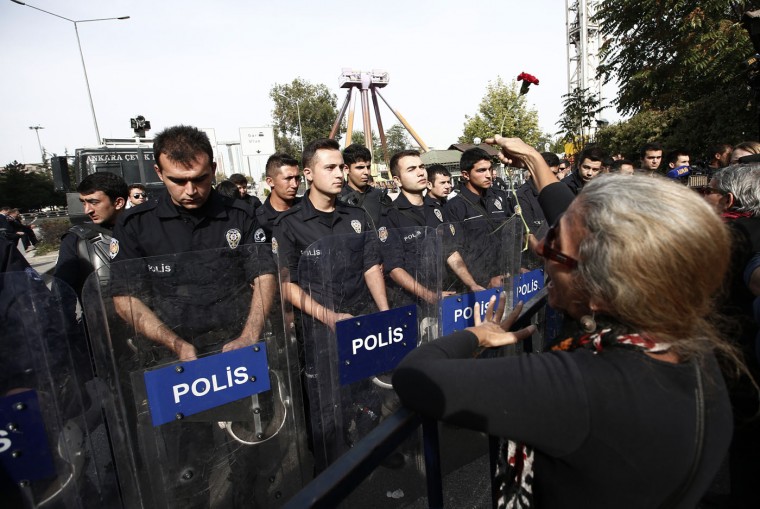 A protester throws carnations to Turkish police blocking the way to the site of Saturday’s explosions in Ankara, Turkey, Sunday, Oct. 11, 2015. Scuffles broke out as police prevented pro-Kurdish politicians and other mourners from laying carnations at the site of two suspected suicide bombings that killed 95 people and wounded hundreds in Turkey’s deadliest attack in years. Police insisted investigators were still working at the site. (AP Photo/Emrah Gurel) 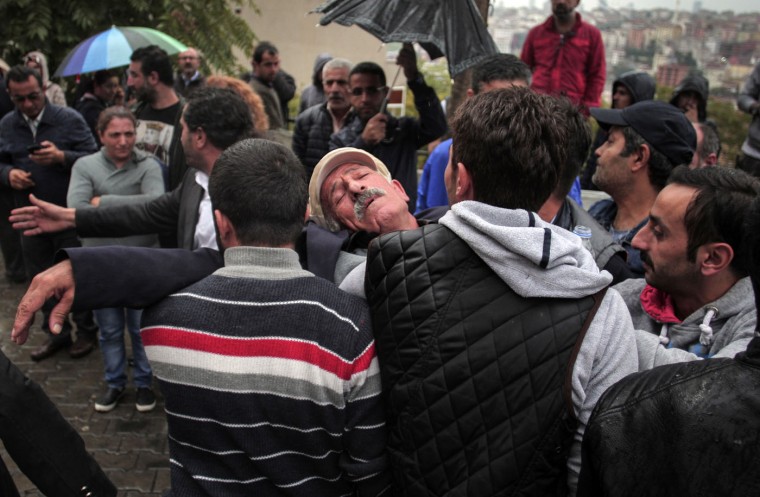 The father, name not available, of Sarigul Tuylu, 35, a mother of two that was killed in Saturday’s bombing attacks in Ankara, Turkey, is carried away after he fainted during her funeral in Istanbul, Sunday, Oct. 11, 2015. Turkey declared three days of mourning following Saturday’s nearly simultaneous explosions that targeted a peace rally in Ankara to call for increased democracy and an end to the renewed fighting between the Turkish security forces and Kurdish rebels. (AP Photo/Cagdas Erdogan)