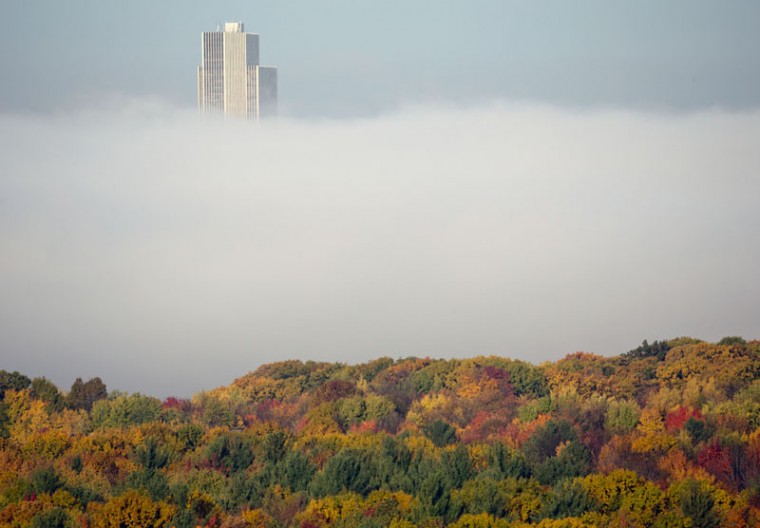 The Corning Tower at the Empire State Plaza in Albany is shrouded in autumn colors and morning fog from the Hudson River as seen from East Greenbush, N.Y., on Tuesday. (Mike Groll/AP) 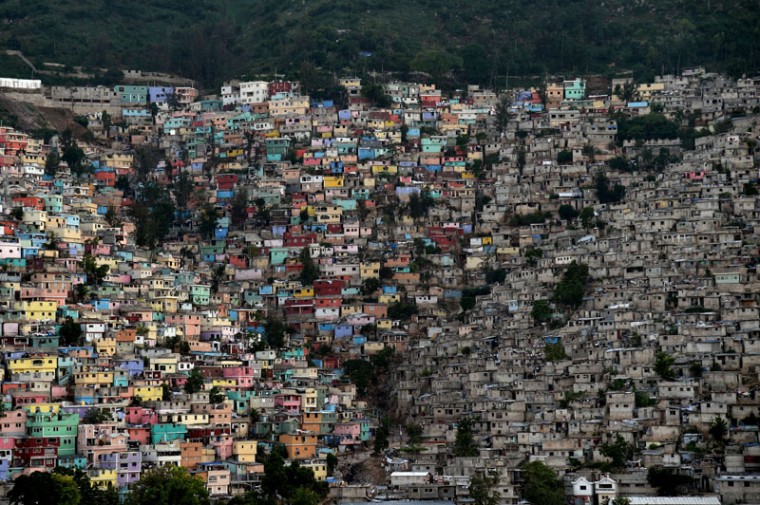 The neighborhoods of Jalousie, Philippeaux and Desermites in the commune of Petion Ville, Port au-Prince, are pictured on MOnday. (HECTOR RETAMAL/AFP/Getty Images) 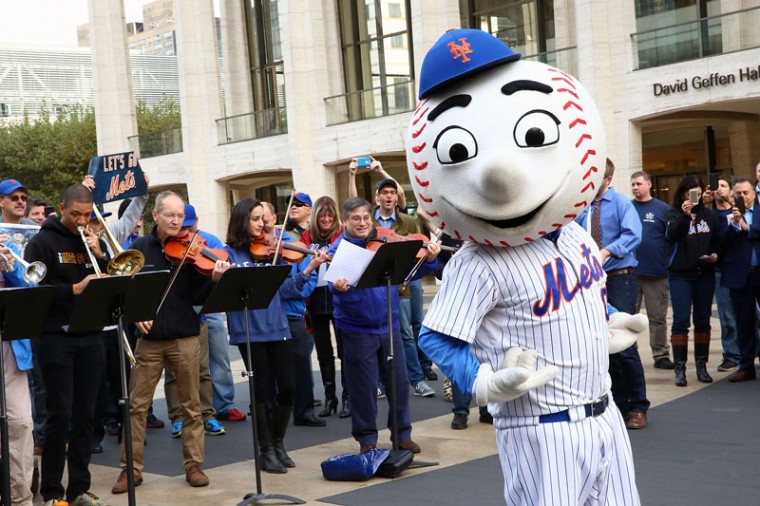 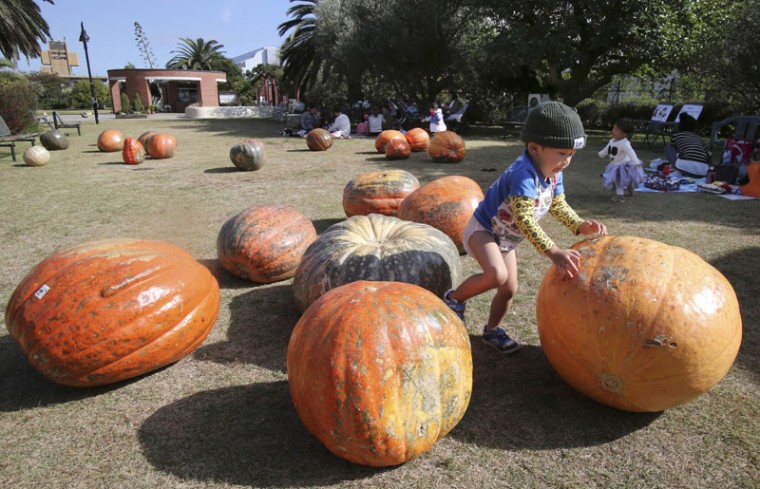 A boy plays with pumpkins harvested in Hitachiomiya, northeast of Tokyo, on display for the upcoming Halloween at Yumenoshima Tropical Greenhouse Dome in Tokyo on Tuesday. (Koji Sasahara/AP) 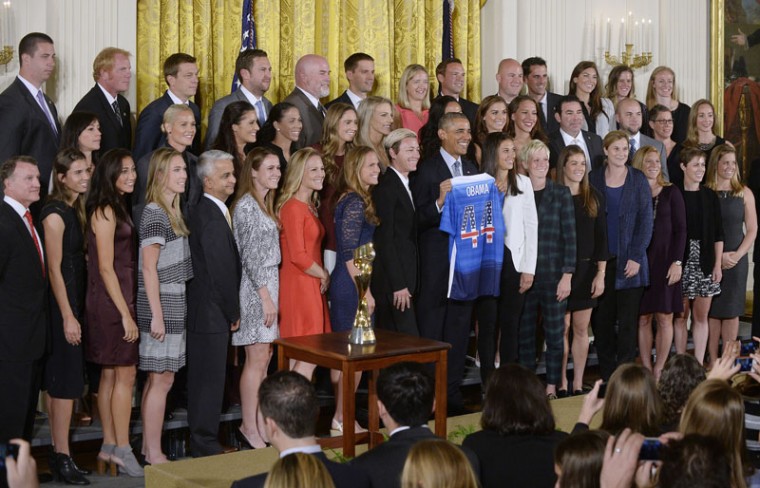 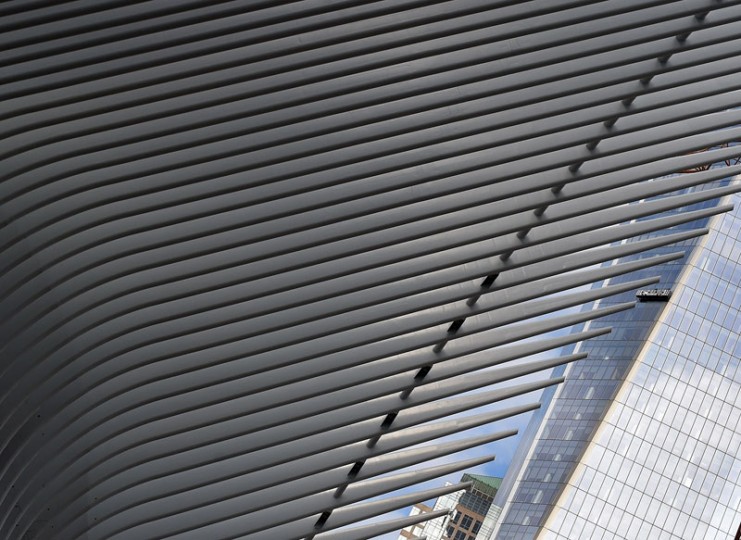 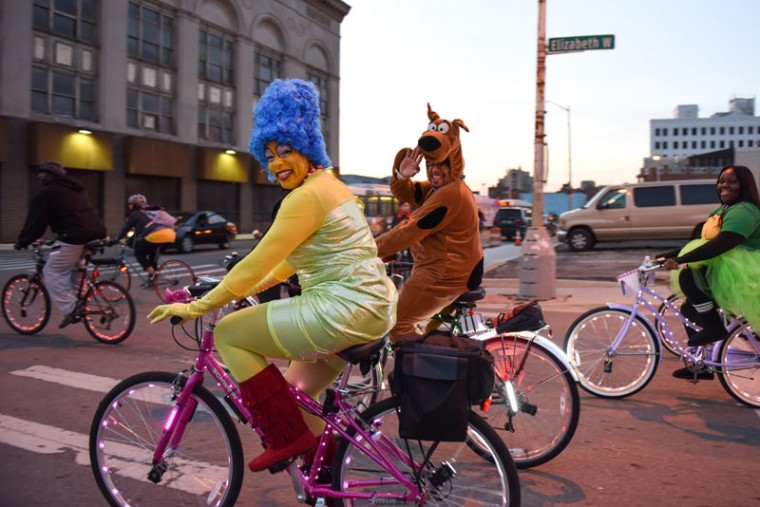 Two riders dress up as Marge Simpson and Scooby Doo for Slow Roll Halloween Monday in Detroit. Thousands of bicyclists rode through the streets of downtown Detroit in their Halloween costumes for the weekly Slow Roll ride. The last roll of the season was shorter than usual, at 7.5 miles, as bicyclists save their energy to dance the night away at The Fillmore for the Slow Roll Halloween party in Detroit. (Tanya Moutzalias/The Saginaw News via AP) 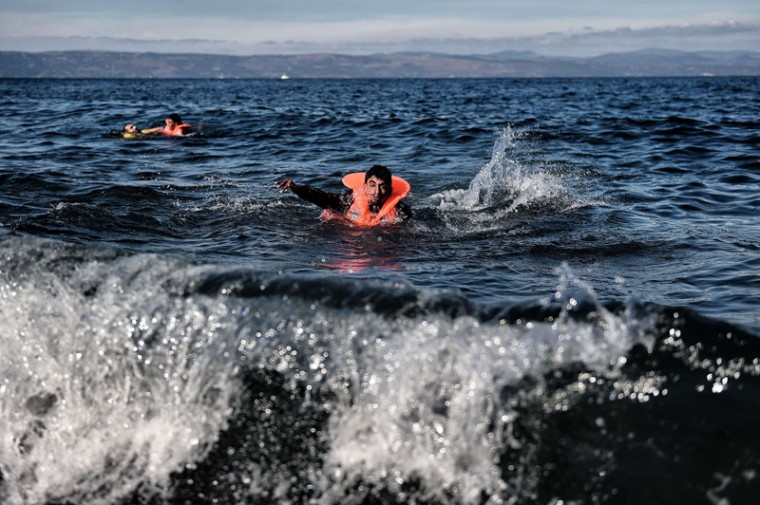 Two men swim toward the Greek island of Lesbos as migrants and asylum seekers cross the Aegean sea from Turkey on Tuesday. More than 700,000 refugees and migrants have reached Europe’s Mediterranean shores so far this year, amid the continent’s worst migration crisis since World War II, the UN refugee agency said. (ARIS MESSINIS/AFP/Getty Images) 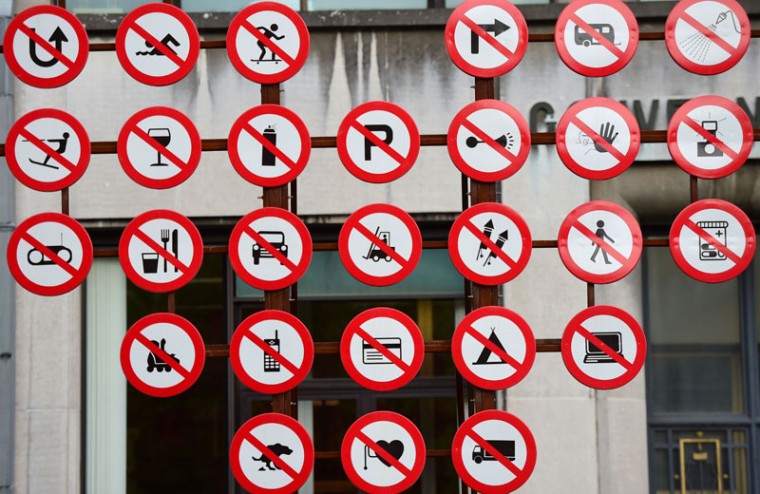 This photo taken on Tuesday shows the “City Says No” sculpture by the artist collective Injected Love, comprising prohibition signs, in front of government offices in Mons, as part of the Mons 2015 festival. Mons, the 2015 European Capital of Culture, is hosting hundreds of cultural and artistic activities. (EMMANUEL DUNAND/AFP/Getty Images) 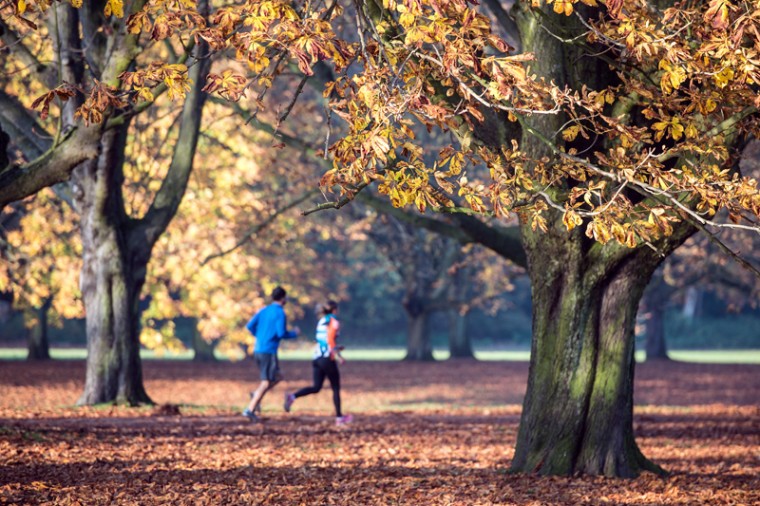 Joggers run through a park in Cologne, western Germany on Tuesday. (Federico Gambarini/dpa via AP) 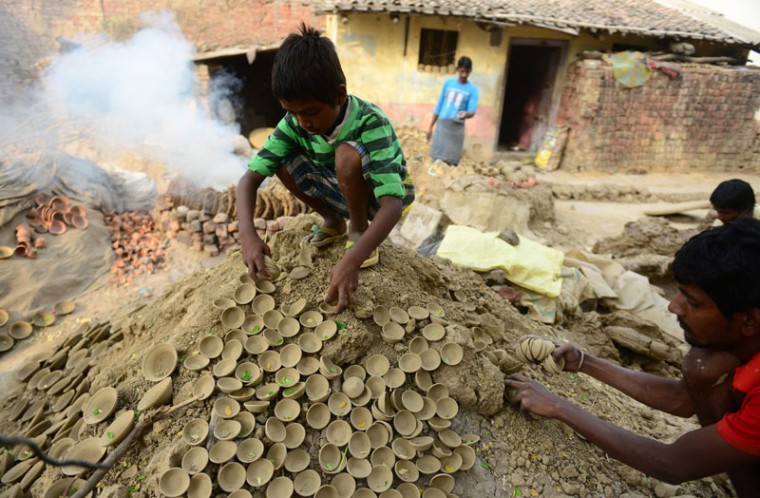 A young Indian potter collects earthen pots drying in the sun to harden them for the upcoming Diwali festival in Allahabad on Tuesday. Diwali marks the victory of good over evil and commemorates the time when Hindu God Lord Rama achieved victory over Ravana and returned to his Kingdom Ayodhya after 14 years of exile. (Sanjay Kanojia/AFP/Getty Images) 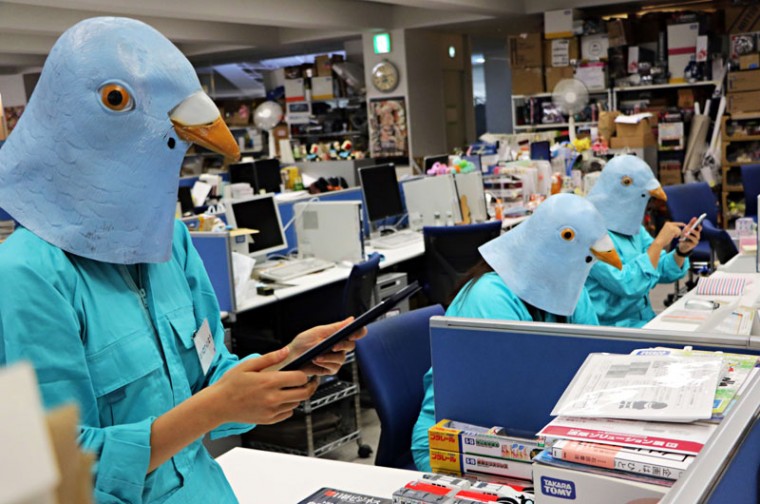 Employees of Japanese toy company Tomy dressed as Twitter birds work at their desks during the company’s Halloween Day event at the company headquarters in Tokyo on Tuesday. Employees for the Japanese toymaker were allowed to wear their favourite costumes in observance of the holiday. (YOSHIKAZU TSUNO/AFP/Getty Images) 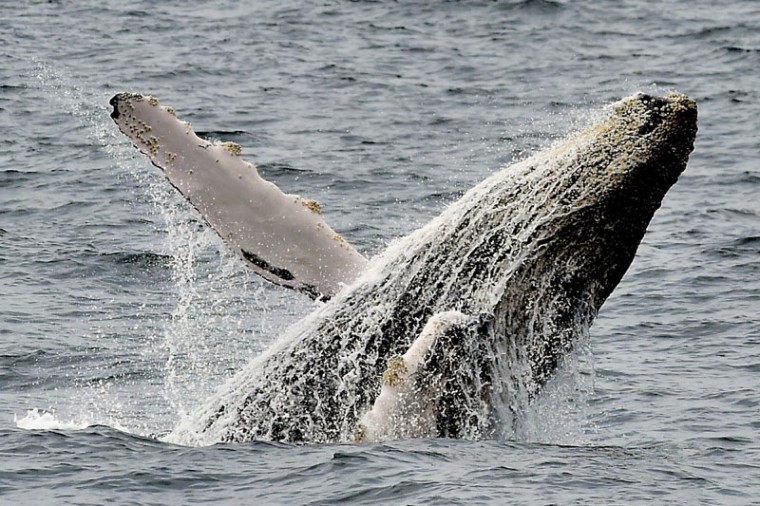 Picture of a humpback whale taken off the coast of Puerto Lopez, Manabi, in Ecuador on Wednesday. During southern winter every year, humpback whales migrate to breed more than 7,000 km from the cold waters of the Antarctic to the more temperate regions around the Equator. (RODRIGO BUENDIA/AFP/Getty Images)