From the Vault: Bowie State students stage “study-in” at the State House

ANNAPOLIS, April 4, 1968 – Governor Agnew closed Bowie State College tonight “until I find that conditions there have returned to normal.”

The Governor acted two hours after State Police, on his orders, arrested 227 of the students and a civil rights leader who has refused to leave the State House by the 5:00 p.m. closing time.

The peaceful arrests of more than one third of the full-time student body of the predominately African-American college came after the students demanding to see the Governor and discuss their complaints about decrepit dormitories and underpaid faculty, sat down in the State House lobby, opened textbooks and conducted a 3 1/2 hour “study-in.” 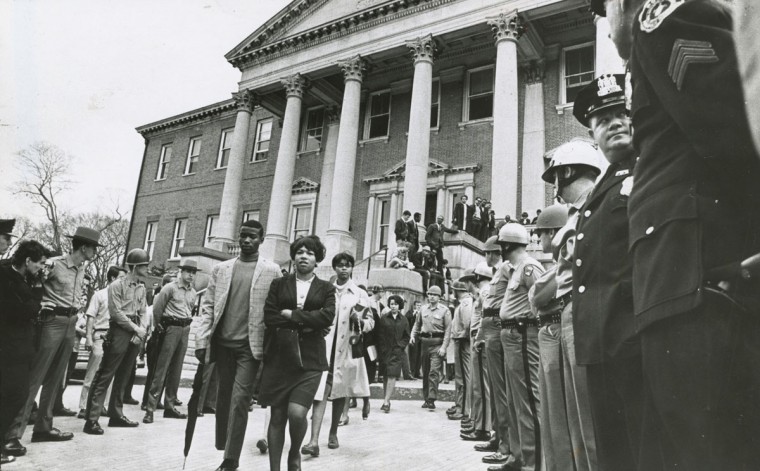 State Troopers guard the steps up to the Governor’s office in the State House as students conducted a “study-in” to protest Governor Agnew’s refusal to meet them. When they ignored the Trooper’s orders to clear the building, they were arrested, marched peacefully to busses and jailed. (William L. LaForce/Baltimore Sun, 1968) 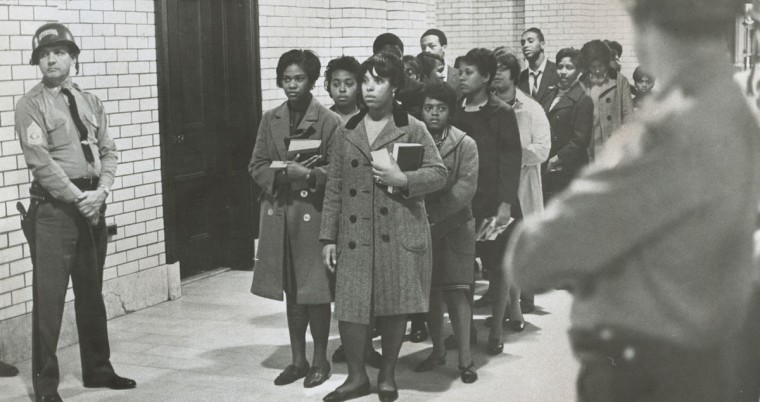 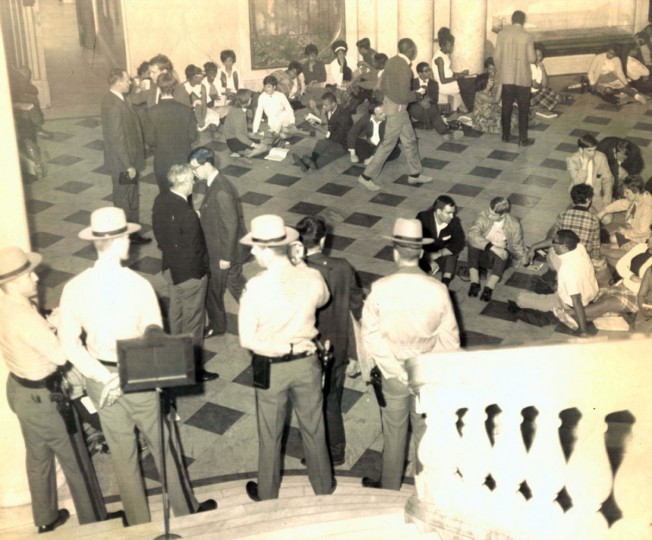 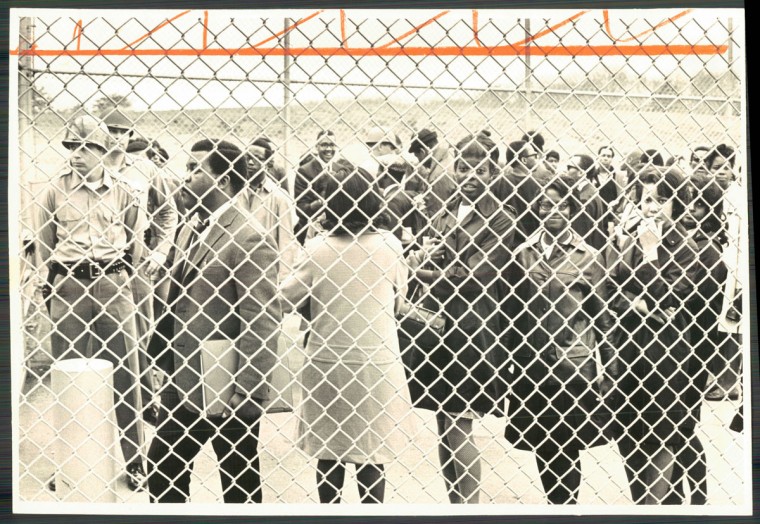 April 5, 1968 – BEHIND THE WIRE — Bowie State College students arrested during a protest at the State House in Annapolis yesterday ended up behind this wire fence at the county jail. (Paul Hutchins/Baltimore Sun) 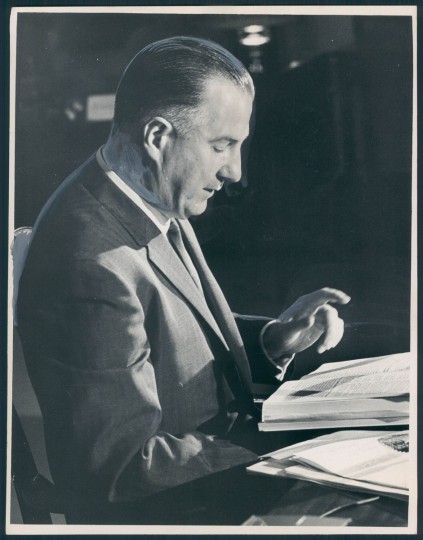 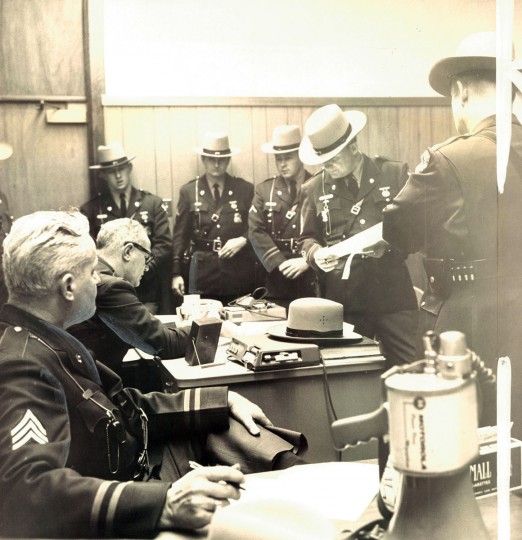 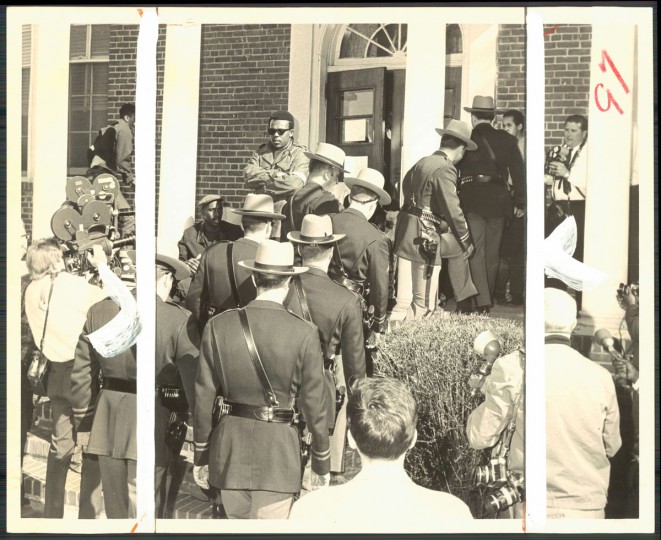 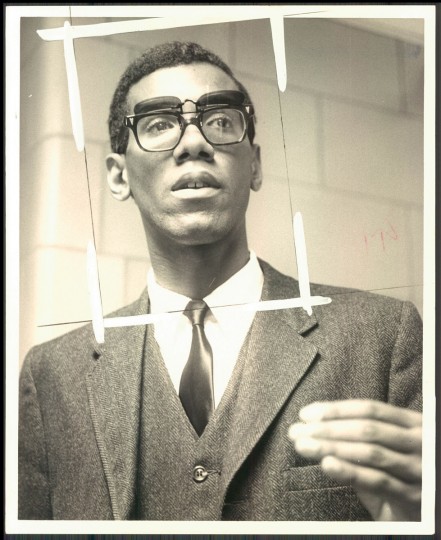 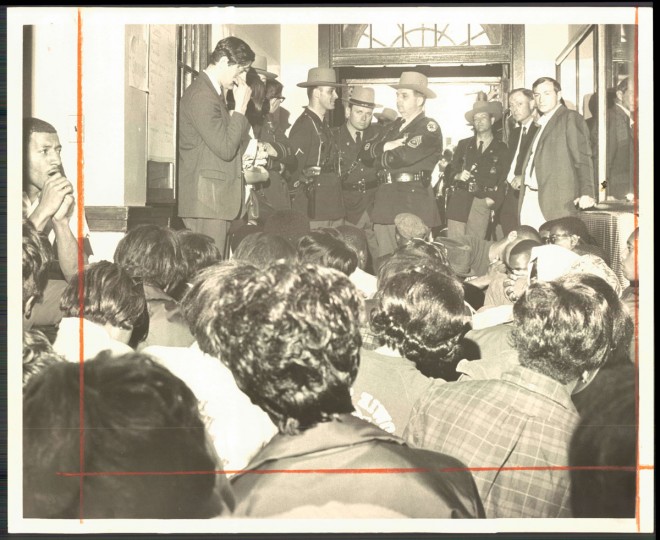 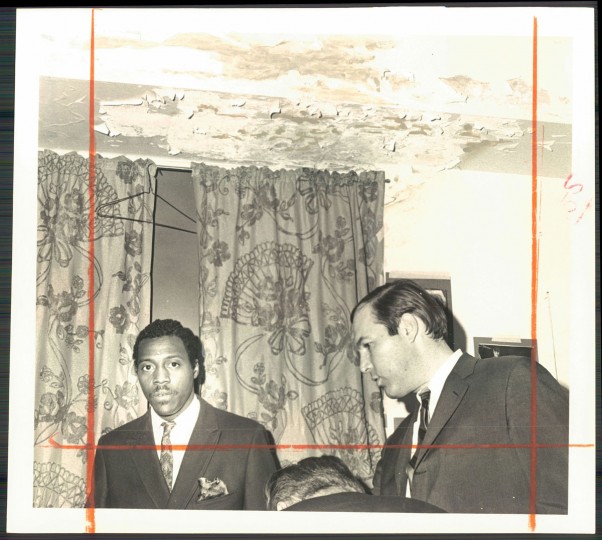 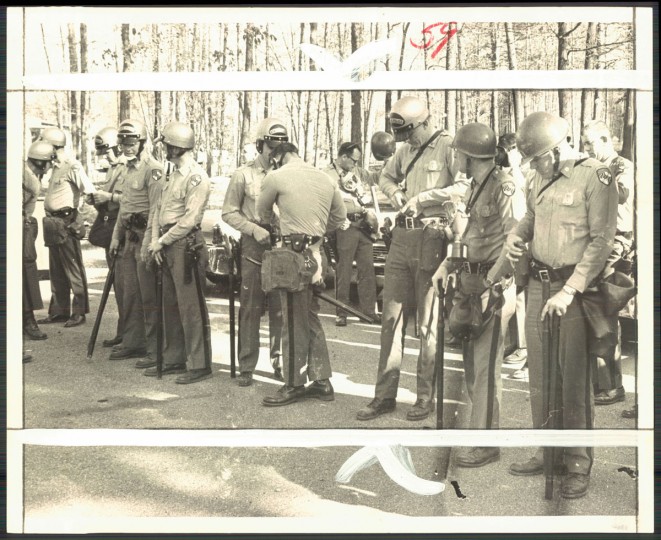 GETTING READY – State troopers gear themselves for action that, as it turned out, did not occur during yesterday’s confrontation between students and the State at Bowie. (George Cook/Baltimore Sun, 1968) 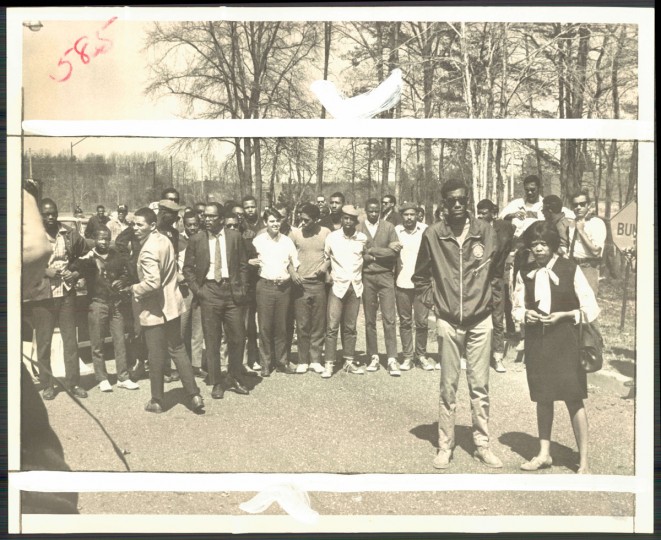 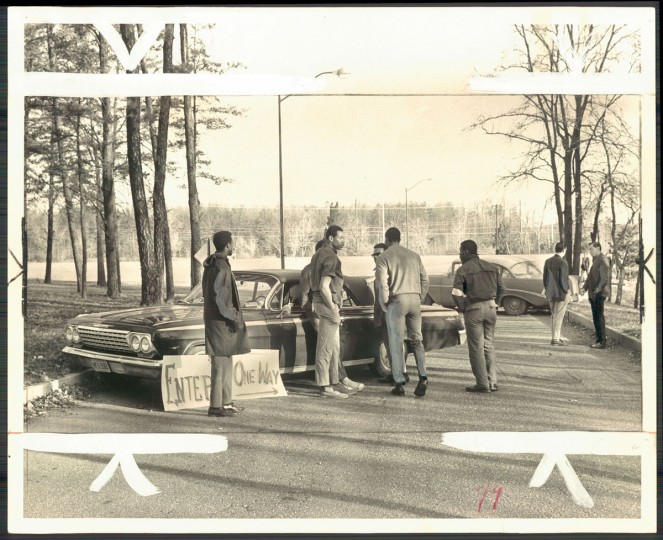 March 30, 1968 – Students set up roadblocks at the endtrance to Bowie State College as they take over campus. (Baltimore Sun archives) 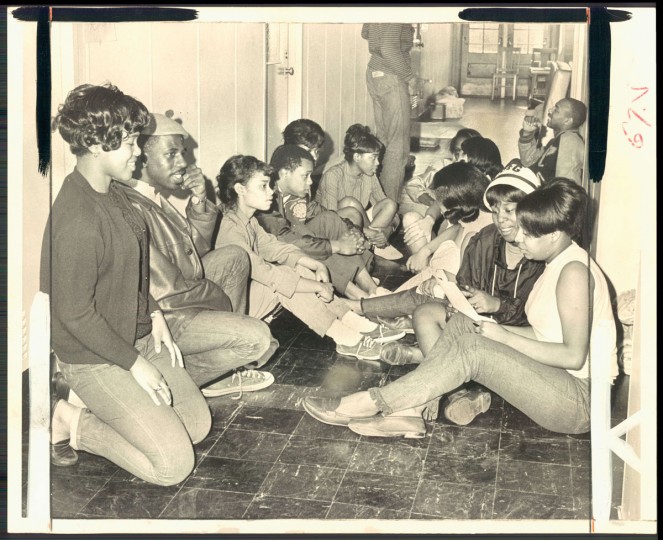 March 30, 1968 – STUDENTS SIT-IN AT BOWIE – Bowie State College students line the halls of the campus adminstration buliding as part of their protest against the condition of college facilitics and low State aid. Some 400 of the 592 students are involved in demonstrations. (Edward Nolan/Baltimore Sun) 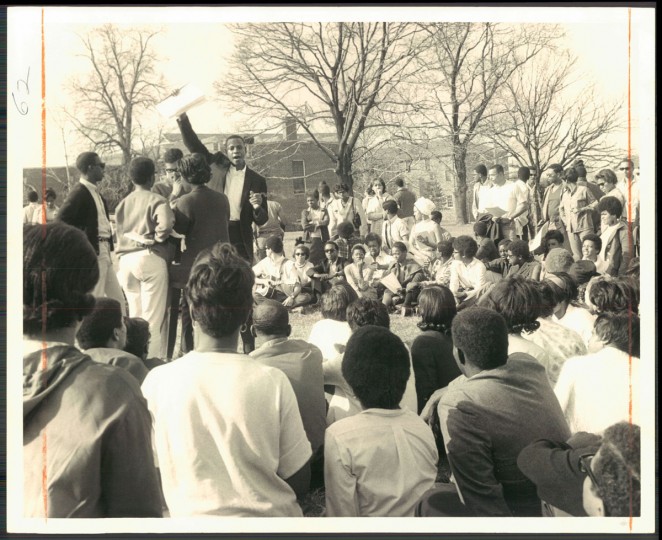