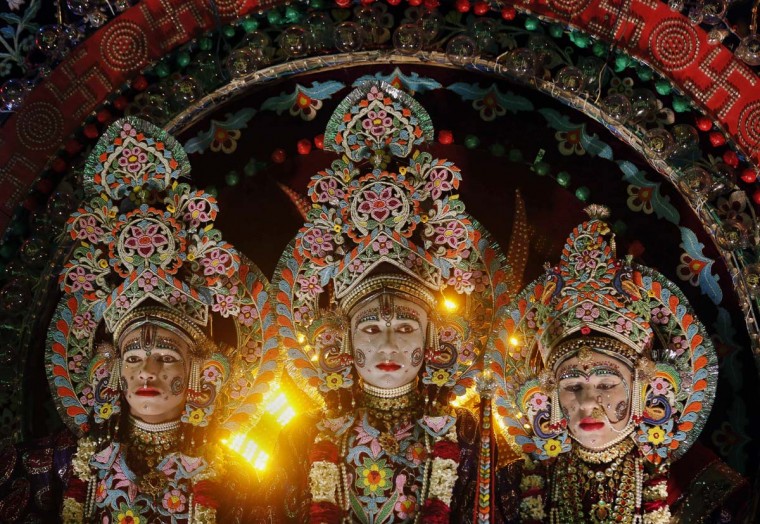 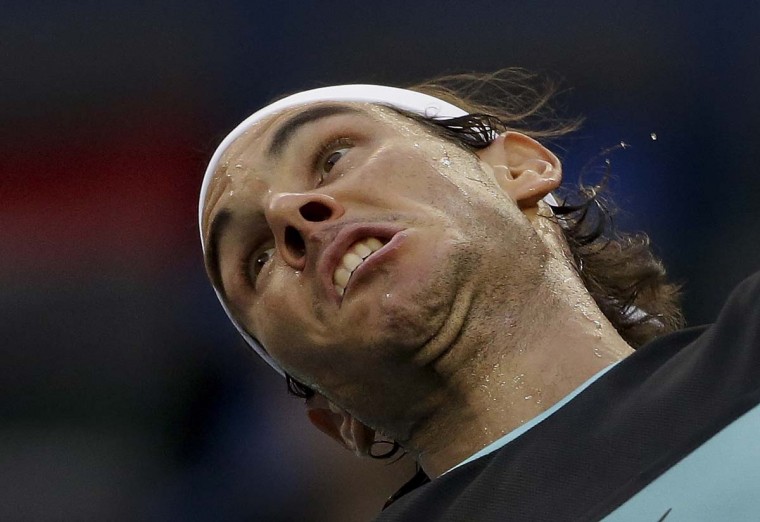 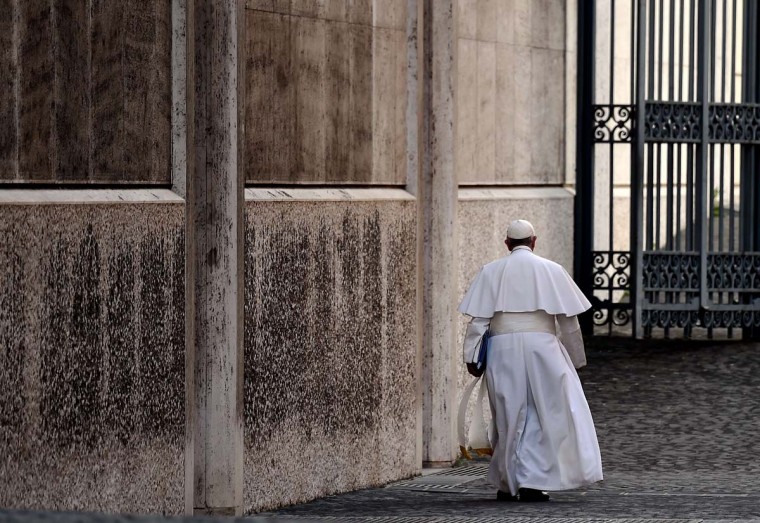 Pope Francis leaves the Paul VI hall, after chairing the Synod on the family at the Vatican, on October 16, 2015. || CREDIT: VINCENZO PINTO – AFP/GETTY IMAGES 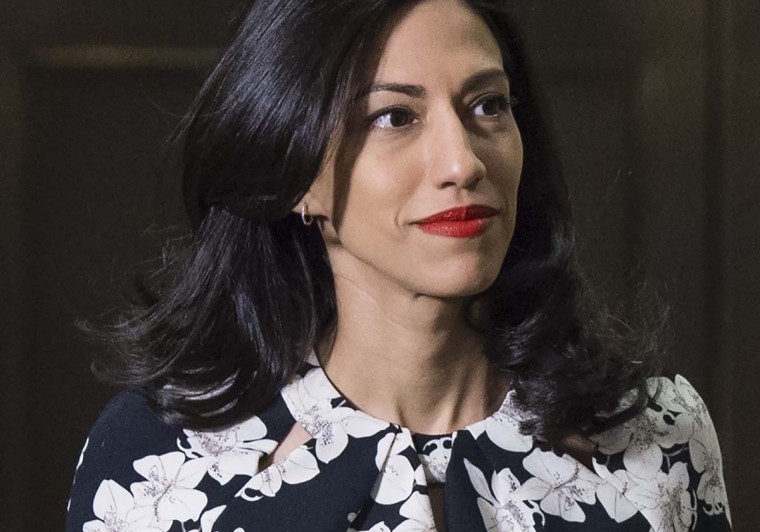 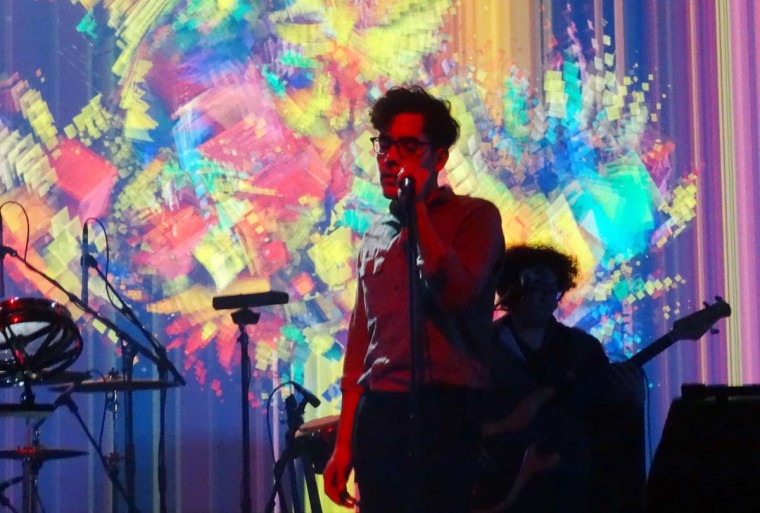 Alan Palomo, the composer and singer of the Texas-based electronic band Neon Indian, performs during a sound-check at Webster Hall in New York on October 14, 2015. Neon Indian debuted a light show created with technology giant Microsoft in which sensors capture images of each band member and project them into explosively colorful creations on screen in real time. The show was one of the major attractions during the latest CMJ Music Marathon, an annual week in which hundreds of bands come to New York in hopes of boosting their profile with the music industry. || CREDIT: SHAUN TANDON – AFP/GETTY IMAGES 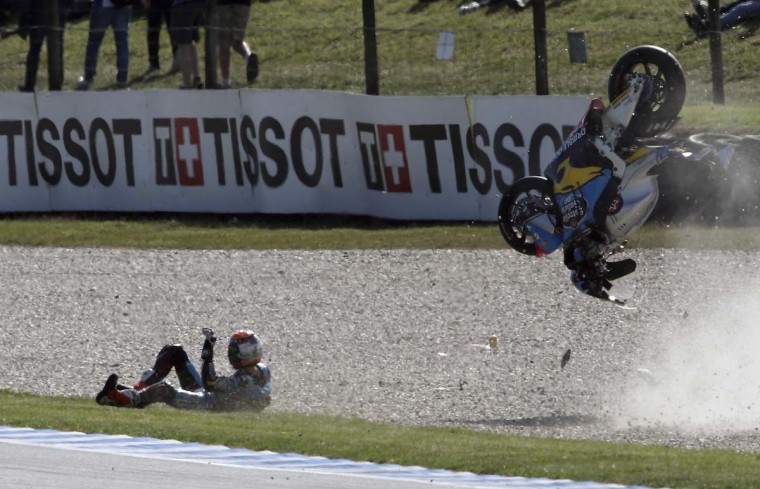 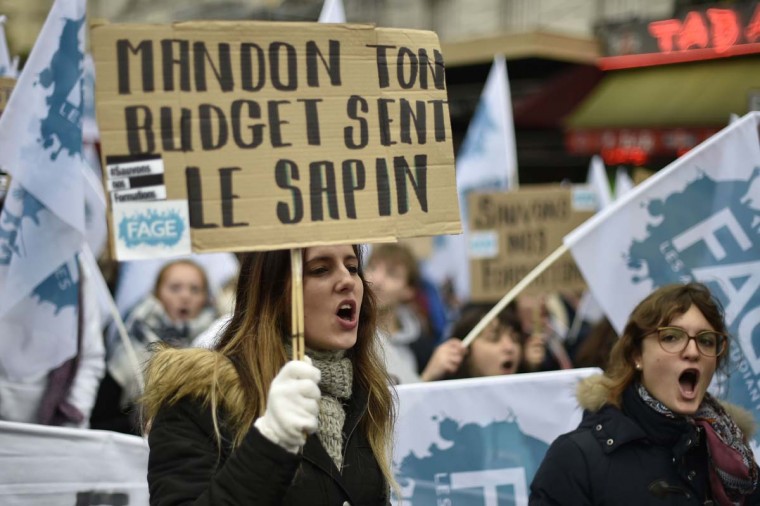 French students and teachers take part in a demonstration organised by Unef and UNL unions to protest against precarity and austerity on October 16, 2015 in Paris. || CREDIT: DOMINIQUE FAGET – AFP/GETTY IMAGES 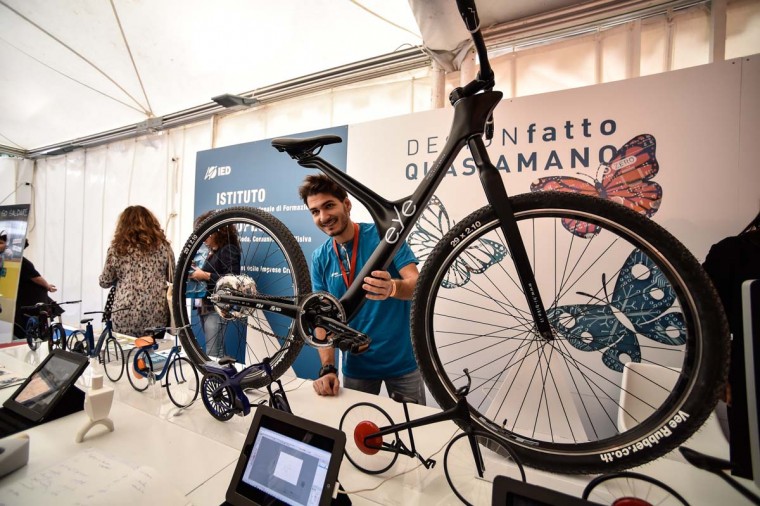 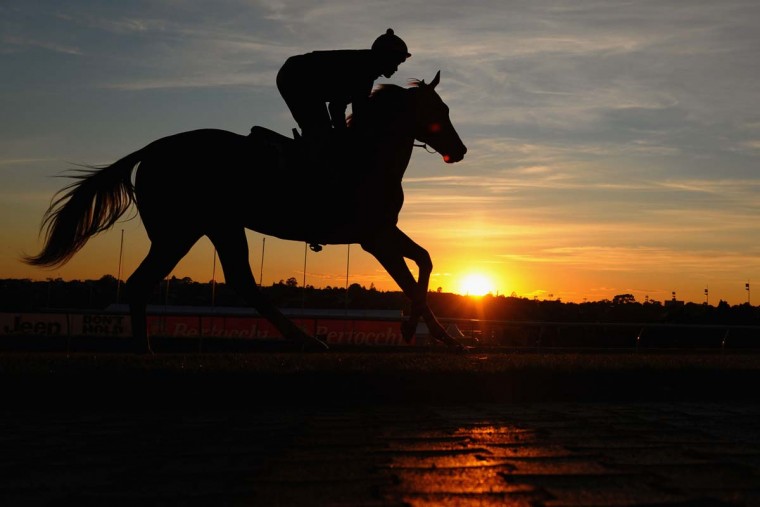 Michael Walker riding Criterion as the sun rises above the horizon during a trackwork session at Moonee Valley Racecourse on October 15, 2015 in Melbourne, Australia. (Photo by Vince Caligiuri/Getty Images) 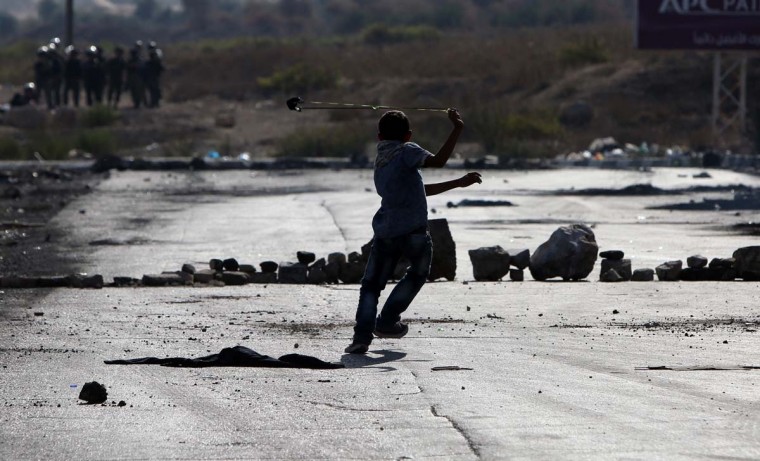 A Palestinian demonstrator uses a slingshot to hurl rocks towards Israeli border guards (background) during clashes at the Hawara checkpoint, south of the West Bank city of Nablus on October 16, 2015. Palestinians called for a “Friday of revolution” against Israel, as Jews armed themselves with everything from guns to broomsticks, rattled by a wave of Palestinian attacks that have shaken the country. || CREDIT: JAAFAR ASHTIYEH – AFP/GETTY IMAGES 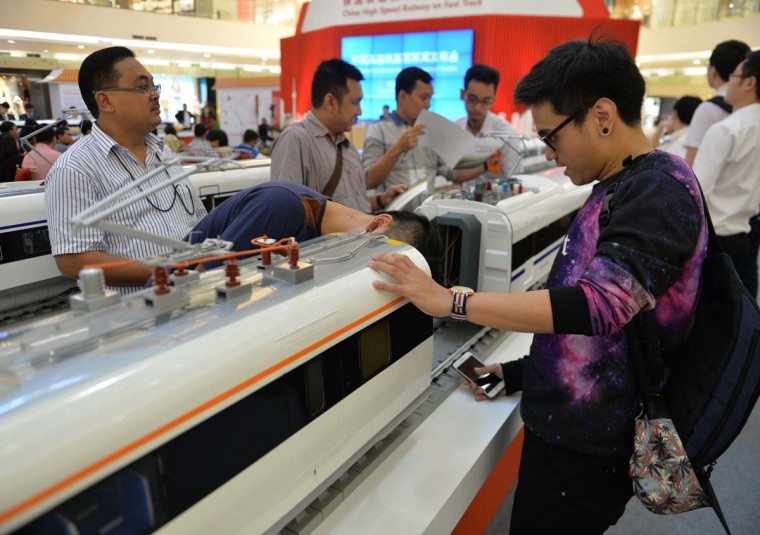 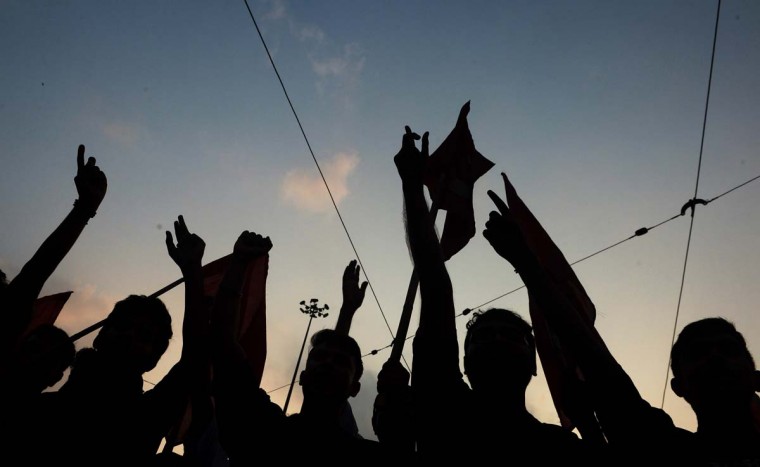 Indian Leftists activists shout slogans as they walk during a protest rally in Kolkata on October 16, 2015. Hundreds of activists participated in the rally to protest against the India-US-Japan joint naval exercise. The exercise, which began October 14, will continue till October 19 and is aimed at enhancing the maritime security in the Indo-Pacific region. || CREDIT: DIBYANGSHU SARKAR – AFP/GETTY IMAGES 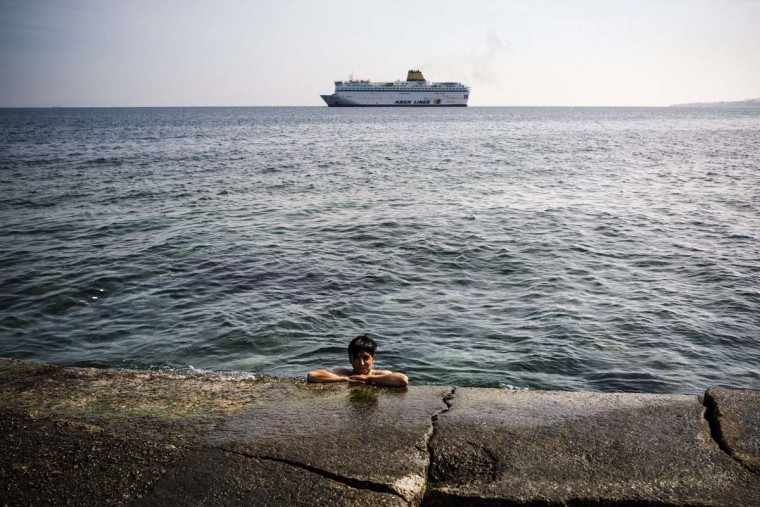 A migrant swims in the Aegean Sea near the port of Mytilene on October 16, 2015. The European Union’s top migration official was visiting the Greek island of Lesbos today, a day after the dangerous Aegean Sea crossing attempted by thousands of migrants claimed seven more lives. || CREDIT: DIMITAR DILKOFF – AFP/GETTY IMAGES 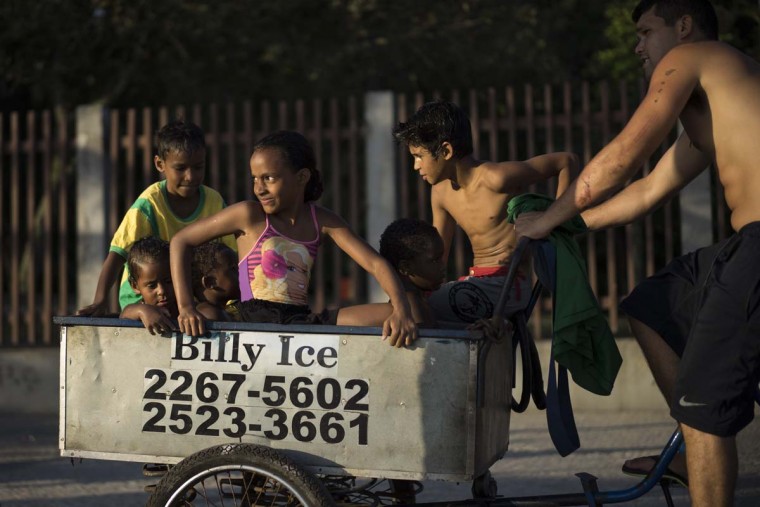 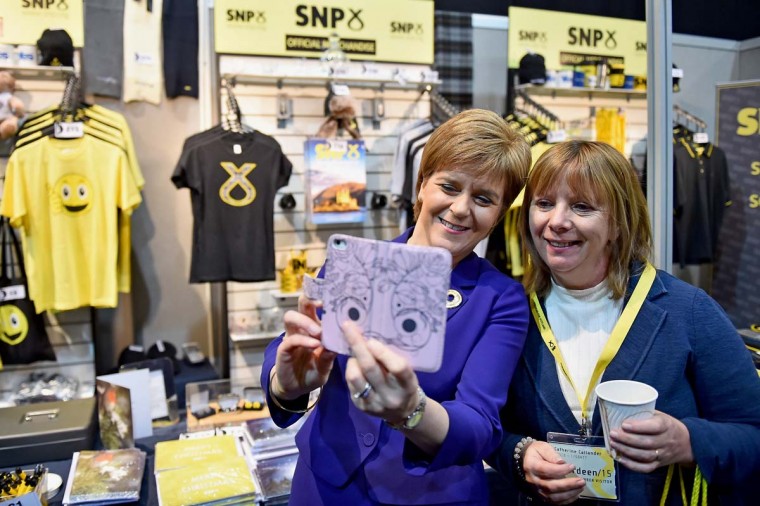 First Minister of Scotland and SNP leader Nicola Sturgeon takes a selfie with a fan as she visits a stall on day two of the 81st annual conference at the Aberdeen Exhibition and Conference Centre on October 16, 2015 in Aberdeen, Scotland. The Scottish National Party are holding their first conference this week since the landslide victory in the May 2015 general election. (Photo by Jeff J Mitchell/Getty Images) 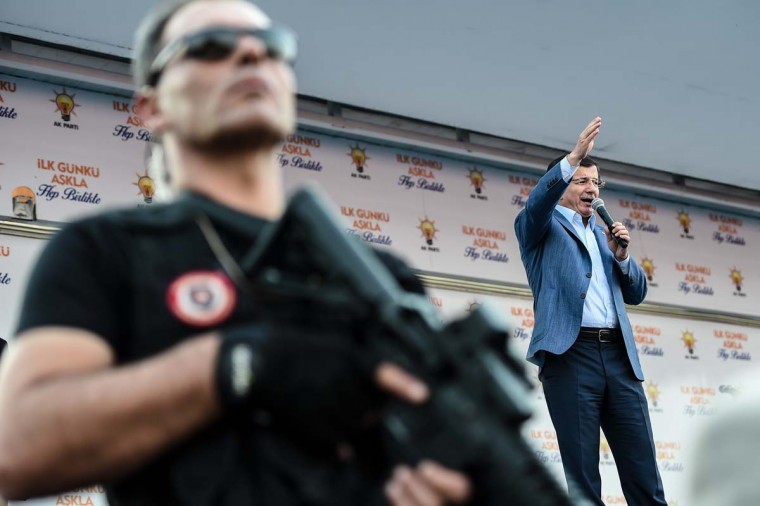 Turkish Prime Minister Ahmet Davutoglu waves to supporters as a member of the security stands guard during a campain rally as part of the upcoming legislative elctions, on October 16, 2015 in Bursa. Turkish Prime Minister Ahmet Davutoglu on October 12, 2015 vowed that November 1 legislative elections would go ahead, despite the double suicide bombing in Ankara that killed 97 people. || CREDIT: OZAN KOSE – AFP/GETTY IMAGES 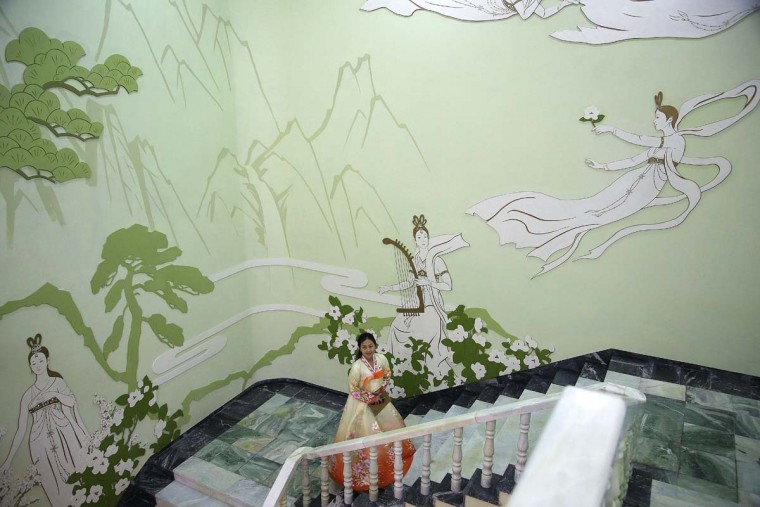 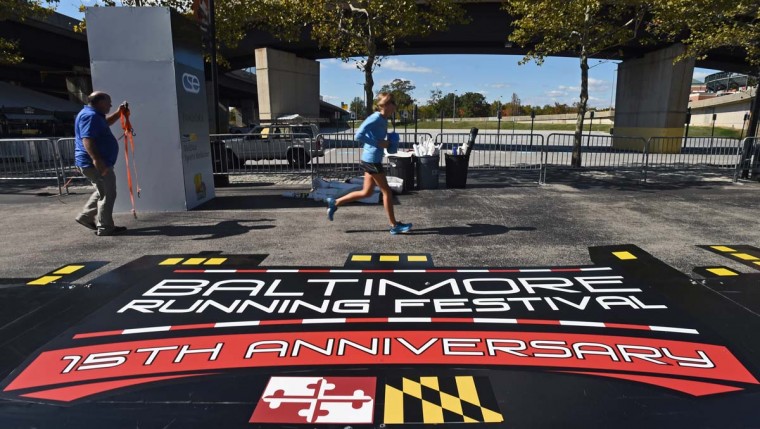 A runner runs past the overhead finish line sign of the 15th running of the Baltimore Running Festival. The festival’s main events are scheduled to take place Saturday, Oct. 17. Kenneth K. Lam/Baltimore Sun