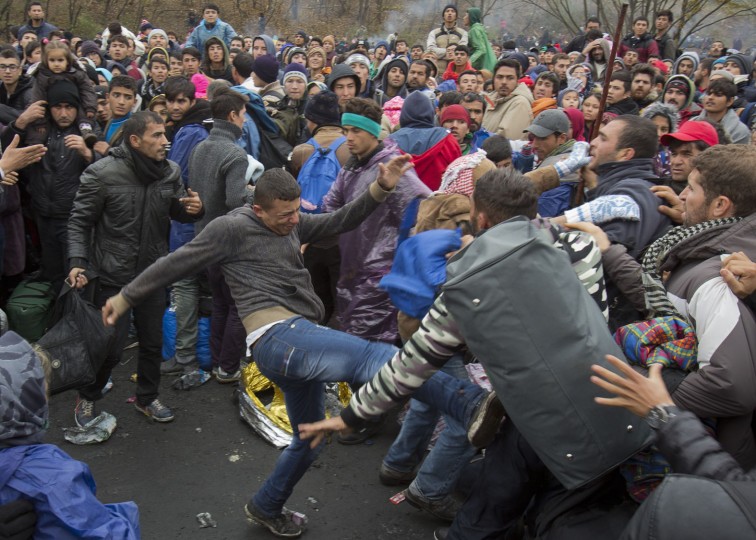 Migrants scuffle as they wait to cross to Austria, in Sentilj, Slovenia, Thursday, Oct. 29, 2015. Asylum-seekers hoping to reach Western Europe turned to crossing Slovenia after Hungary closed its border with Croatia with a barbed-wire fence. (AP Photo/Darko Bandic) 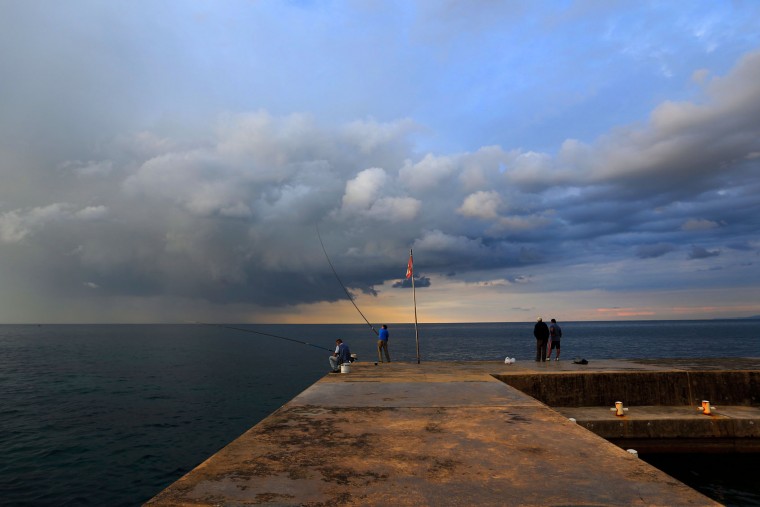 Lebanese fishermen stand on a breakwater along the Beirut coastline as they fish while the sun sets over the Mediterranean Sea in Beirut, Lebanon, Thursday, Oct. 29, 2015. (AP Photo/Hassan Ammar) 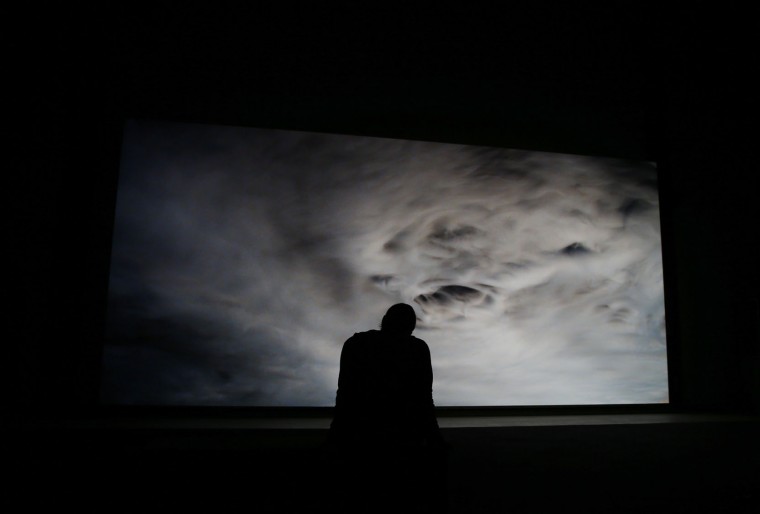 A man watches an installation by artist Philippe Parreno, part of the ‘Hypothesis’ exhibition, on display at the Hangar Bicocca in Milan, Italy, Thursday, Oct. 29, 2015. (AP Photo/Luca Bruno) 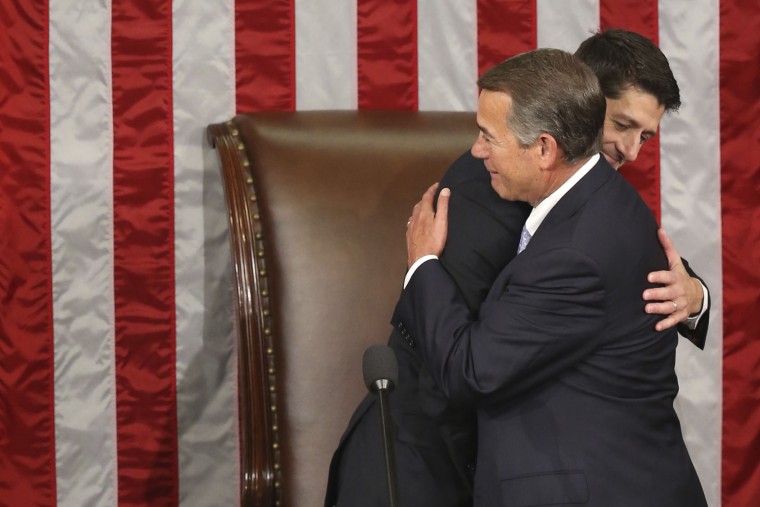 Outgoing House Speaker John Boehner hugs his successor Rep. Paul Ryan, R-Wis. in the House Chamber on Capitol Hill in Washington, Thursday, Oct. 29, 2015. Republicans rallied behind Ryan to elect him the House’s 54th speaker on Thursday as a splintered GOP turned to the youthful but battle-tested lawmaker to mend its self-inflicted wounds and craft a conservative message to woo voters in next year’s elections. (AP Photo/Andrew Harnik) 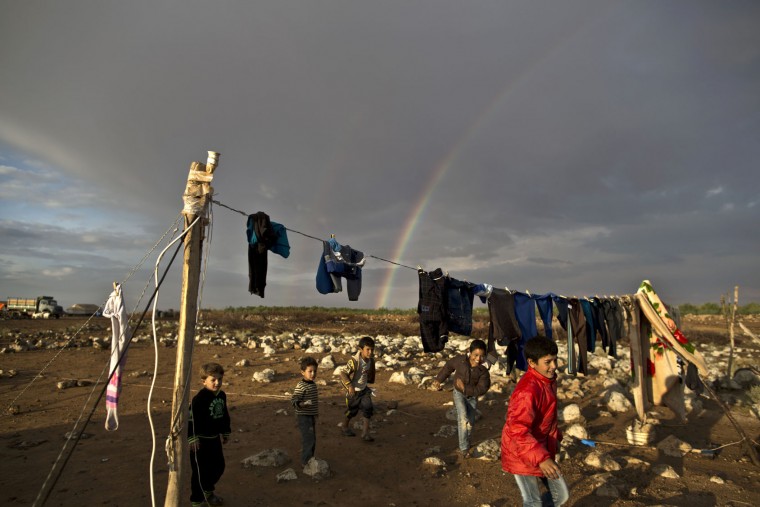 A rainbow stretches across the sky behind Syrian refugee children playing in an informal tented settlement near the Syrian border on the outskirts of Mafraq, Jordan, Thursday, Oct. 29, 2015. (AP Photo/Muhammed Muheisen) 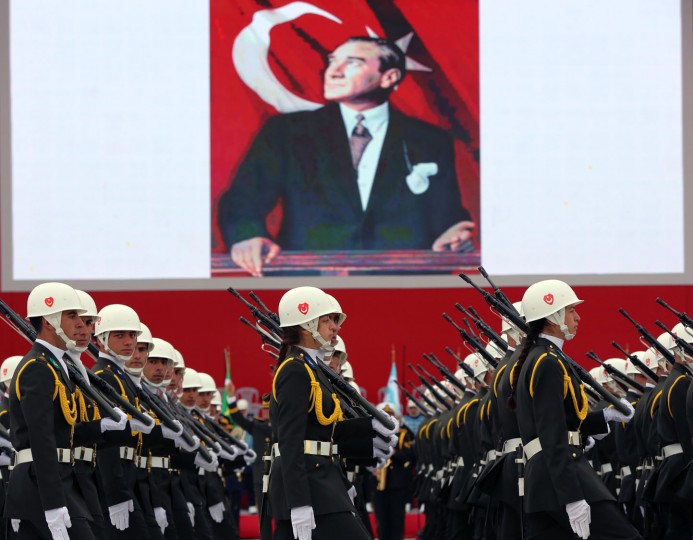 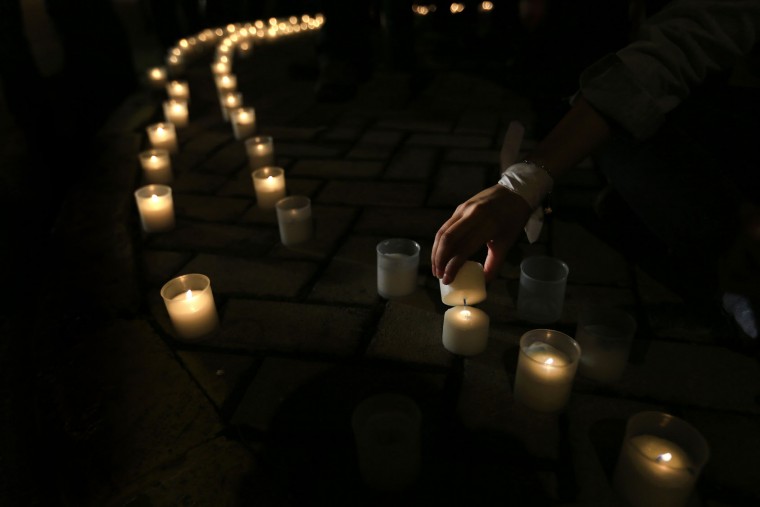 A Lebanese activist lights candles on the ground during a protest against the ongoing trash crisis and government corruption, in Beirut, Lebanon, Thursday, Oct. 29, 2015. A crisis over uncollected trash in the Lebanese capital has ignited the largest protests in the country in years and has emerged as a festering symbol of the government’s paralysis and failure to provide basic services. (AP Photo/Hassan Ammar) 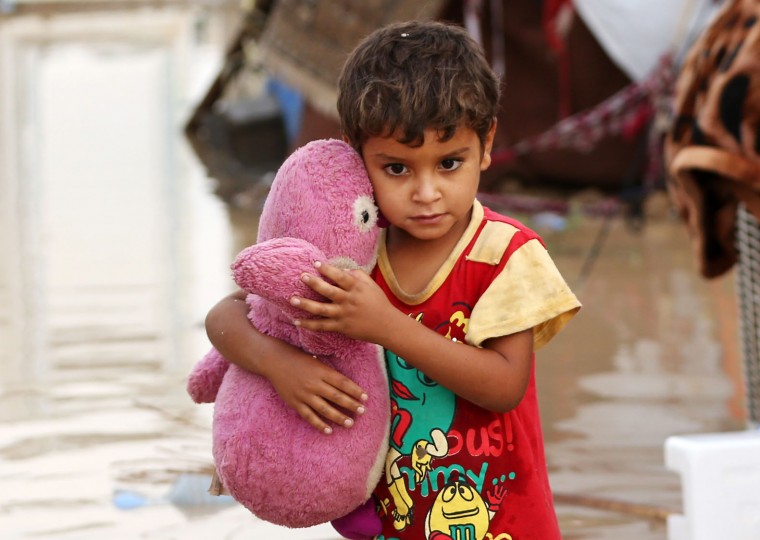 Omar Abdullah, 5, holds a stuffed animal outside his tent submerged in rainwater at a camp for displaced persons in Youssifiyah, 12 miles (20 kilometers) south of Baghdad, Iraq, Thursday, Oct. 29, 2015. Rain storms began late day Wednesday and continued through the morning Thursday, dumping heavy rain on the Iraqi capital and across the country. The Iraqi government declared Thursday a holiday to ease the burden on people who may otherwise struggle to get to work. (AP Photo/Hadi Mizban) 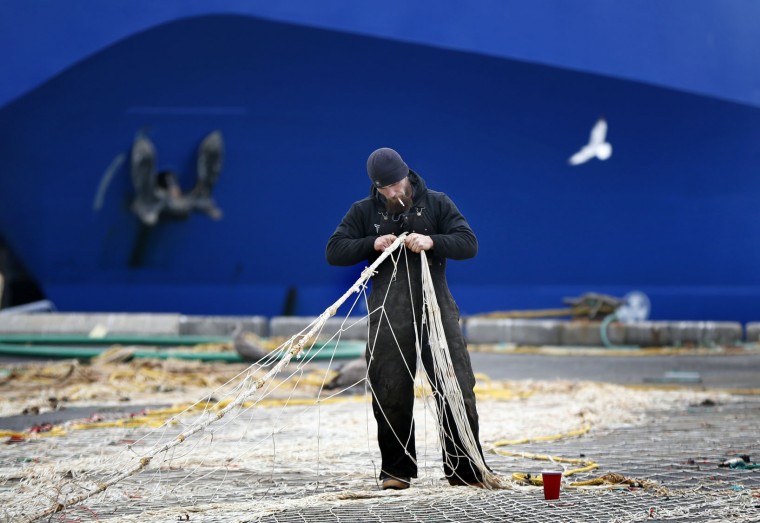 In this Wednesday Oct. 28, 2015, photo, fisherman Buck Alexander mends a trawling net used for mid-water fishing, in Portland, Maine. Since the collapse of the cod population, a groundfish, many of New England’s fishermen now pursue other species. Portland’s Gulf of Maine Research Institute is announcing a major breakthrough in climate and fisheries science. (AP Photo/Robert F. Bukaty) 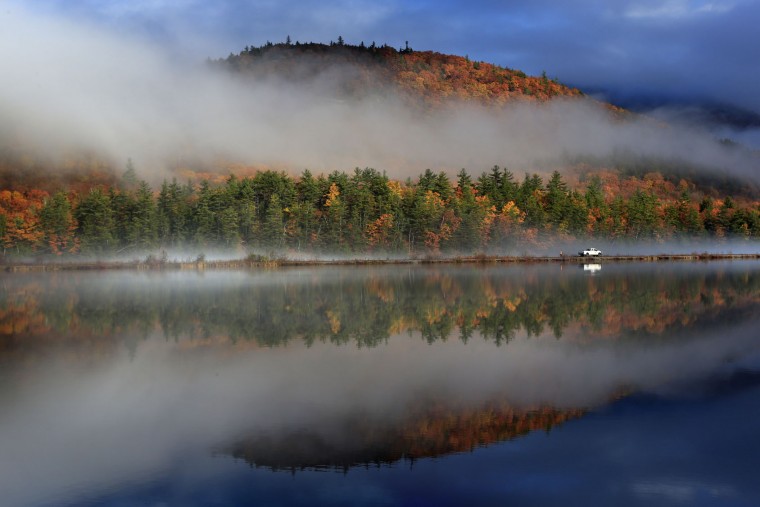 A railroad worker inspects the tracks behind his truck alongside the Androsscoggin River as a storm clears to reveal colorful fall foliage Thursday, Oct. 29, 2015, near Gorham, N.H. (AP Photo/Robert F. Bukaty) 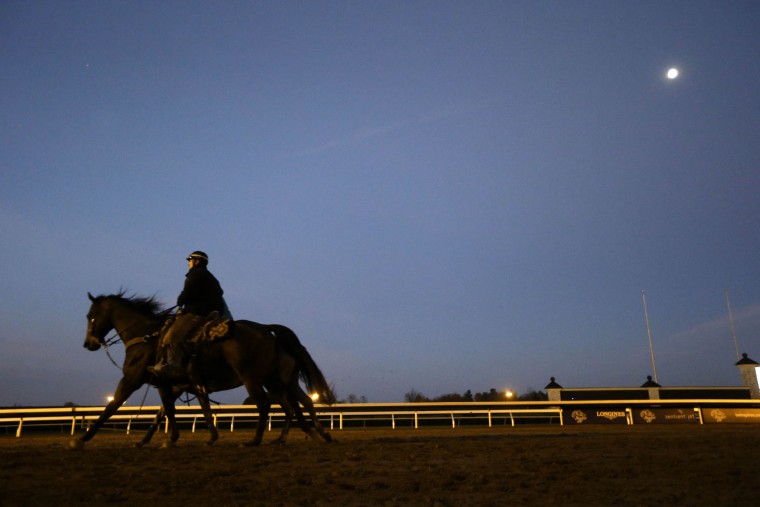 A workout is held in the early morning for the Breeders’ Cup horse races at Keeneland race track Thursday, Oct. 29, 2015, in Lexington, Ky. (AP Photo/Mark Humphrey) 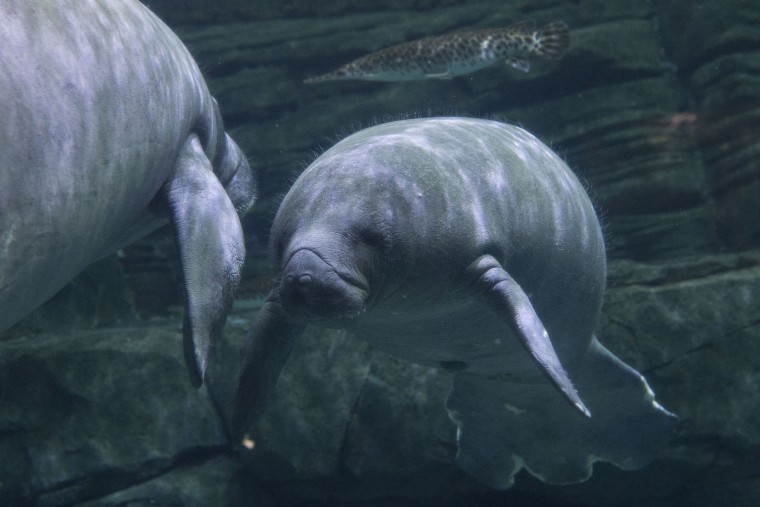 BamBam, a Florida Manatee, swims in his tank alongside Betsey, left, a fully grown female, at the Cincinnati Zoo and Botanical Gardens, Thursday, Oct. 29, 2015, in Cincinnati. The 2-year-old, 335lb male was sent to the zoo for rehabilitation from SeaWorld Manatee Hospital in Orlando. (AP Photo/John Minchillo)